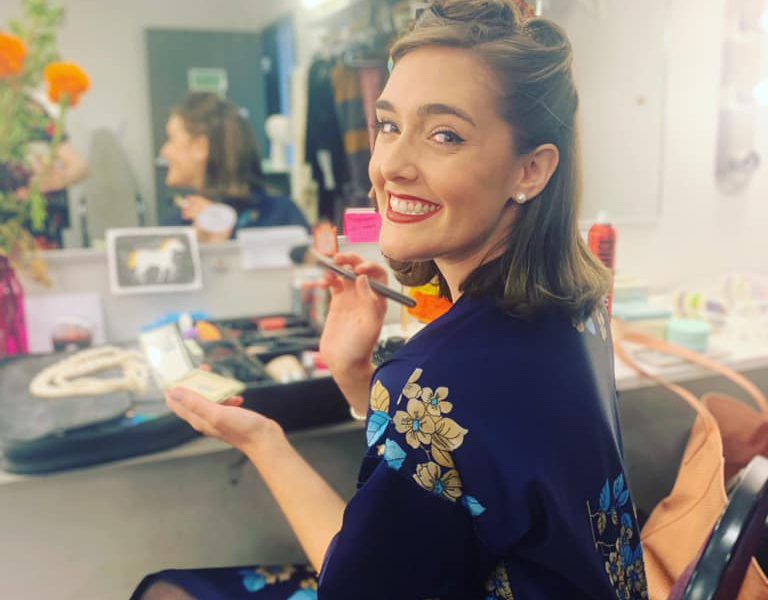 Today we’d like to introduce you to Samantha Labrecque.

Thanks for sharing your story with us Samantha. So, let’s start at the beginning and we can move on from there.
A very good place to start. Growing up, I wasn’t the funny kid voted class clown, or the superstar kid with the “magical voice” in the school plays. I once fell and sprained my wrist attempting to kick a soccer ball. However – the one constant in my life, the one thing that’s always kept me going is acting. At five years old I was put in my first show directed by the infamous Gloria Watts as Mary Poppins’ umbrella in “Mary Poppins”. Do umbrellas speak? No. Did I act the crap out of my feathered, accordion-shaped costume my mom sewed me? Sure! I thought being in shows was fun and my mom said I was “a ham” so I went on to perform in other youth theatre programs. I was then given opportunities to direct and choreograph shows as a teen, and eventually made my way to the high school drama department.

From a young age, I knew that performing was my path meant to be, though that didn’t mean it came easily to me – or at times even naturally. I was musically-inclined, deemed the “girl drummer” in the school band, but I didn’t take my first voice lesson until I was 18 years old. I still can’t remember the last time I stuck with a dance class for more than two weeks, and the only in-person acting class I’ve taken was at a summer camp when I was 13. So now, immersing myself into the world of high school drama was the first time I experienced true stakes, competition, and heartbreak in the world of performing. Show after show I was cast in the ensemble, consistently being beat out by other girls with more training, more confidence, and seemingly more talent than me. Fed up with cliques and high school politics, I turned down the latest casting offer as Townsperson #6 to audition for my first ‘adult’ production of “Fiddler on the Roof”. After a very serious grown-up callback, I booked as little Chavaleh. It was in that moment I realized that 1. If I wanted something, I would have to find my own way of getting it and 2. I wanted to, and quite possibly could, pursue performing as a career. I moved on to do local college productions and other community theatre shows and the following year was elected drama club president and cast as Mrs. Lovett in the high school’s production of “Sweeney Todd”. From then on, it seemed that other people believed that I could pursue this as a career, too.

Has it been a smooth road?
I’ve always done things a bit unconventionally. So, when I decided to forego a college education for a serving job and move into a dinghy 225 square-foot Koreatown apartment on my 19th birthday, many people were shocked by my choice, but those close to me weren’t surprised. In school I scooted by with just-good-enough grades just so that my parents would let me be in two shows at a time – so doing another eight semesters wasn’t for me. At that point I had been performing in shows and films for a while, and had already gotten my first creative paycheck for $50 directing an all-adult cast in “The Frog Prince of Spamalot”. So *yeah* I think you could say I was ready to live my life and make it big. (Ha!) So, into the Hollywood void I leapt.

We all know “the biz” isn’t an easy one. I’m lucky. Being from the Valley, my LA roots run deep, and the community is small. Though while performing has been a part of my life for so many years, I’ve only just begun to scratch the surface of my professional career. In 2017 I competed in the theatre competition “LA’s Next Great Stage Star,” doing the one thing that terrified me the most – getting up on a stage every week and singing a solo in front of a live audience and panel of industry-professional judges who quite literally could make or break my career. Though I was aghast and honored to finish as a Top 5 Finalist, those 8 weeks were some of the most dire and strenuous times in my career so far. It wasn’t until after I finished that competition that, for the first time in my life, I felt comfortable even labeling myself as a “singer”.

Immediately following this new identity discovery, I was cast in my first regional show – though booking it was anything but routine. I went in and sang for an upcoming production of “Sister Act,” but upon meeting me and liking my “energy,” the casting director admitted that he had a role in mind for me, but it wouldn’t be utilizing my singing voice. While reading my resume, he noticed in the special skills section that I was a “trained percussionist,” and that I had played the role of Luisa in a production of “The Fantasticks” in the past and was familiar with the score. After assuring him that I was a proficient marimba player and leaving the audition feeling confident but confused, I got the call that I booked. Not for “Sister Act,” but for the role of – wait for it – “The Mute” in their production of “The Fantasticks” along with playing percussion for the show, leaving town two weeks later. I accepted with glee and went on to work my first out-of-town contract, my first regional show, and my first Equity gig… and I wouldn’t be making a sound. That’s show biz, baby.

We’d love to hear more about your work.
I’m proof that there’s no right or wrong way to do anything in this town. Minimal training, no college education, and twenty or thirty “no’s” to one “yes” and I’m still up and at it and hustling’ – and it’s not just me, we’re all out here doing it. But – I need to confess something. Though I may have deemed my high school creative career as less-than-desirable, the choices that I made during that time have turned out to be gifts that have kept on giving, even to this very day. My junior year, when I was performing in the ensemble of the spring musical as Flapper Girl #4, alumni Alexander McKee was in the audience watching the performance. An up-and-coming film director, he approached me after the show and said that if I could stick out to him from the ensemble, then he wanted me as the leading lady in his upcoming film. That was the start of my film career, and I’ve now acted with Alexander for the last eight years in multiple award-winning films. When I was offered my third consecutive old lady role my senior year, I opted to help work the cameras and shoot the show with videographer Richard Andert instead. I’ve shot with him ever since, and that gig was the catalyst of creating my own photography business, Sam Photography, which is how I support myself financially now between gigs. So, a couple lessons I’ve learned: you never know who’s watching, always stay true to yourself, and when one door closes, go find another door.

Is our city a good place to do what you do?
LA is a fascinating place. When deciding if I wanted to pursue my career here or in New York, my heart knew that until work physically needed to take me elsewhere, LA was the logical place for me to be. I feel that possibilities are unending here, and I’ve been able to explore so many different avenues and mediums all simultaneously. I’m so grateful that I’ve even been given opportunities to book commercials, short films, feature films. Booking shows that led me to play for an audience of two in the Valley and then an audience of 2,000 in Anchorage, Alaska. Being cast in a four-woman feminist slaughter-rock musical (hey “LIZZIE”) to a “Phantom of the Opera” parody show at the Cicada Club shut down by a cease-and-desist letter from The Desk of Andrew Lloyd Weber. After working as a server for years and years, I’m now able to support myself creating for a living. Whether it’s in front of or behind a camera, on a stage, or at a computer screen – I feel very lucky. For me personally, I don’t believe I’d be able to do all of that somewhere else. I’m so grateful for all of the triumphs, downfalls, turns, and slopes, that have led me to where I am today.

To anyone starting out in the biz, or pursuing anything in life: my only advice is to follow your gut, follow your heart, and remember that you are the only one that truly knows what’s best for you. Don’t let anyone rain on your parade, every experience is an opportunity to learn, and if you want to do something, find a way to make it happen. And as always, “onward and upward”. 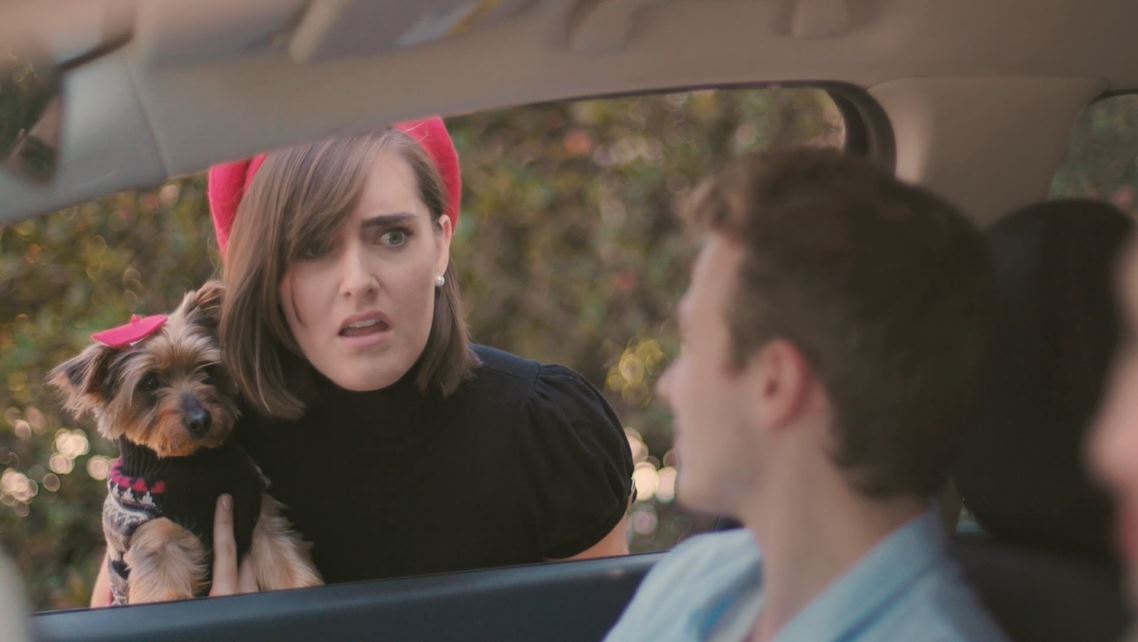 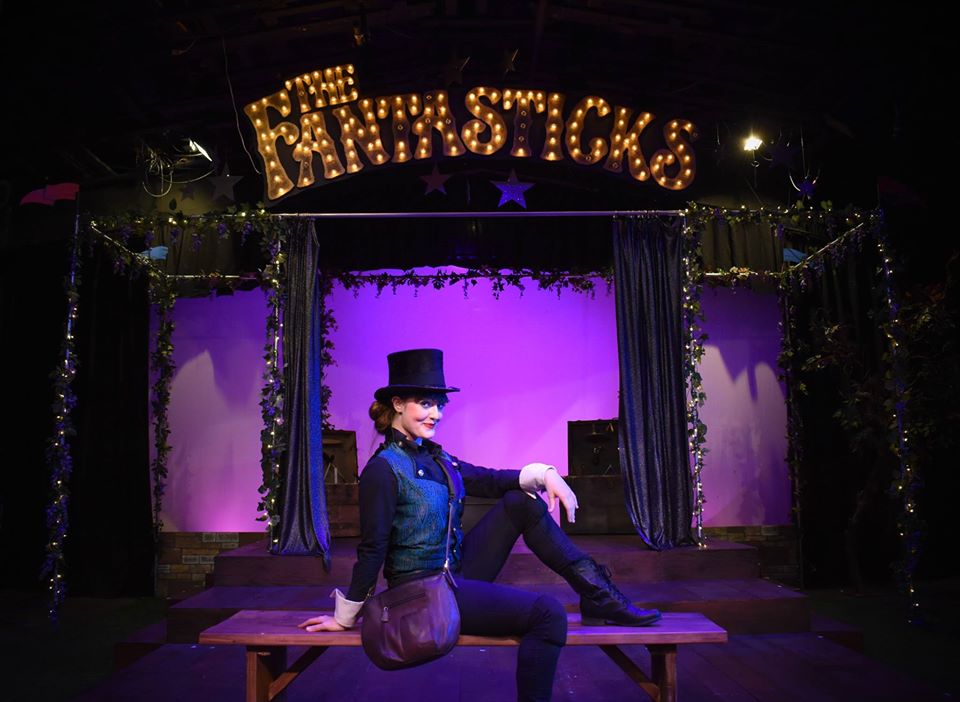 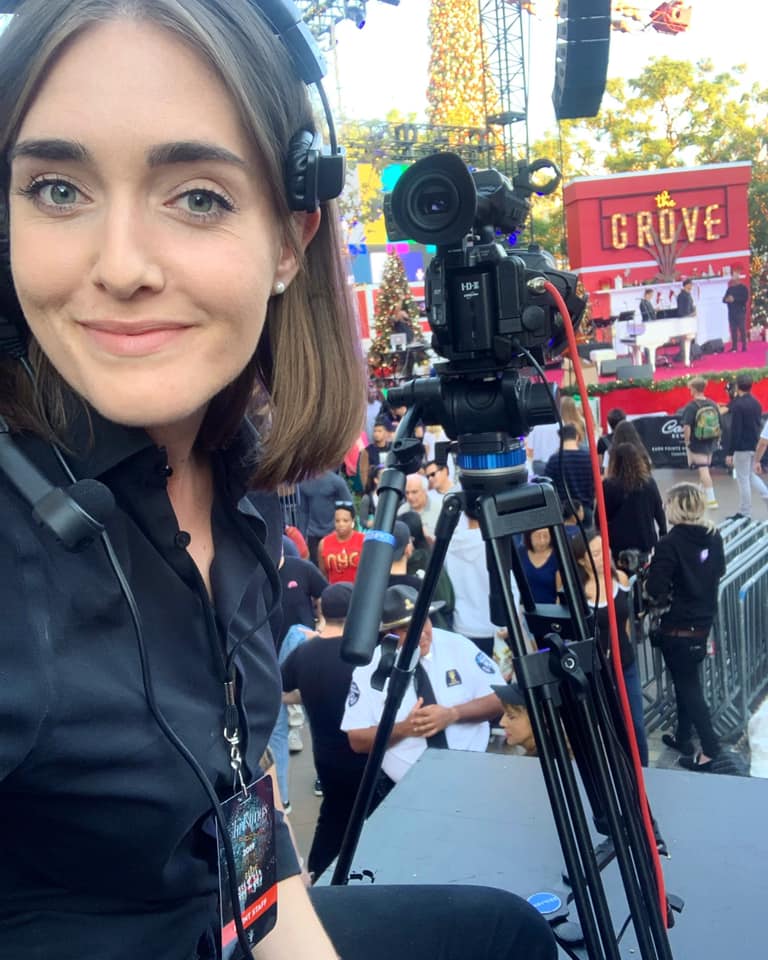