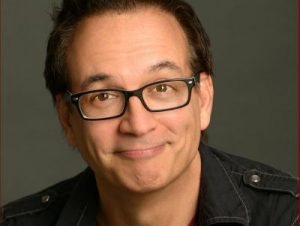 Today we’d like to introduce you to Pete George.

Thanks for sharing your story with us Pete. So, let’s start at the beginning and we can move on from there.
I grew up in Cleveland during the 1980s music scene playing guitar in a band called “Separate Checks” (spiked hair, parachute pants with a lot of zippers) We were instrumental in getting the petition drive started to have the Rock and Roll Hall of Fame in Cleveland.

Around that time, I decided to try my hand at stand-up comedy. My first three times on stage were competitions and I won all three, quickly moving on to paid performances – even performing during 4 flights for Continental Airlines. I also studied acting, performed in theater and commercials. The first film I acted in was “The Shawshank Redemption”. The best part was being in the shower scene next to Tim Robbins. It made me union… that’s why it’s called sag.

Always looking to expand my horizons, in my 20’s, my mother talked me into being a stripping gorilla for a woman’s retirement party… THAT did not go well but I needed the thirty bucks. After many years of stand-up comedy headlining, I have performed over 8,500 shows with many sold out cities including the Cleveland Hard Rock Casino, The House of Blues, Planet Hollywood in Las Vegas as well as clubs, colleges and corporate events across the country.

Regarding my music; I had the wonderful opportunity to MC the Rock and Roll Fantasy Camp at the Whisky a Go Go and my father was the first accordion soloist in the Army at West Point Military Academy… who would have thought?

Great, so let’s dig a little deeper into the story – has it been an easy path overall and if not, what were the challenges you’ve had to overcome?
When I was in High school I was put in a learning disability program for three years and unfortunately, it left a lasting impact. That experience has given me some hysterical stand-up material especially when I had to join a learning disability gang to not get beat up.

Through Landmark Education, I have worked through much of the things that have stopped me in the past including remnants from the LD program. I have also had the opportunity to coach Landmark’s Self Expression and Leadership program. This has made an incredible difference in my life and taught me to be a contribution to others.

We’d love to hear more about your business.
Currently I am headlining stand up venues across the country and fortunately, I NO longer strip for money. I am known for having a unique comedy show because I use an electric guitar in my performances along with doing impressions and witty improvising with the audience.

I continue to act in commercials, TV and film. You can catch me in a new episode of “The Incredible Life of Darrell”. Right now, I am enjoying a new entertainment-based Podcast we are creating, and I am developing a television comedy series.

I still enjoy teaching guitar in Los Angeles to Hollywood notable as well as the public. You can contact me for lessons. My entertainment website is www.TheRockStarofComedy.com.

Do you look back particularly fondly on any memories from childhood?
Favorite? camping, boating, family events in Ohio and running away from home at the age of 8. 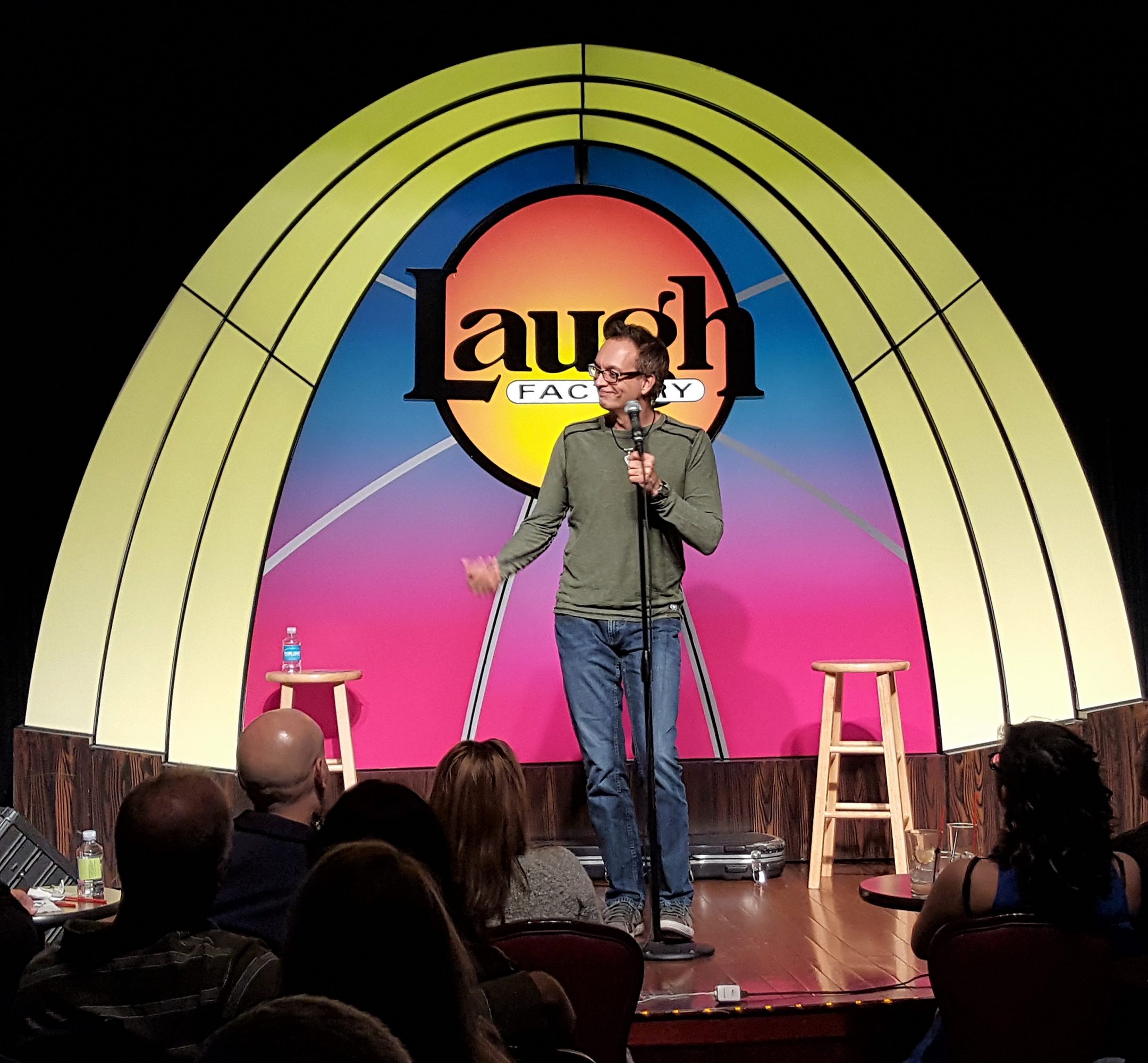 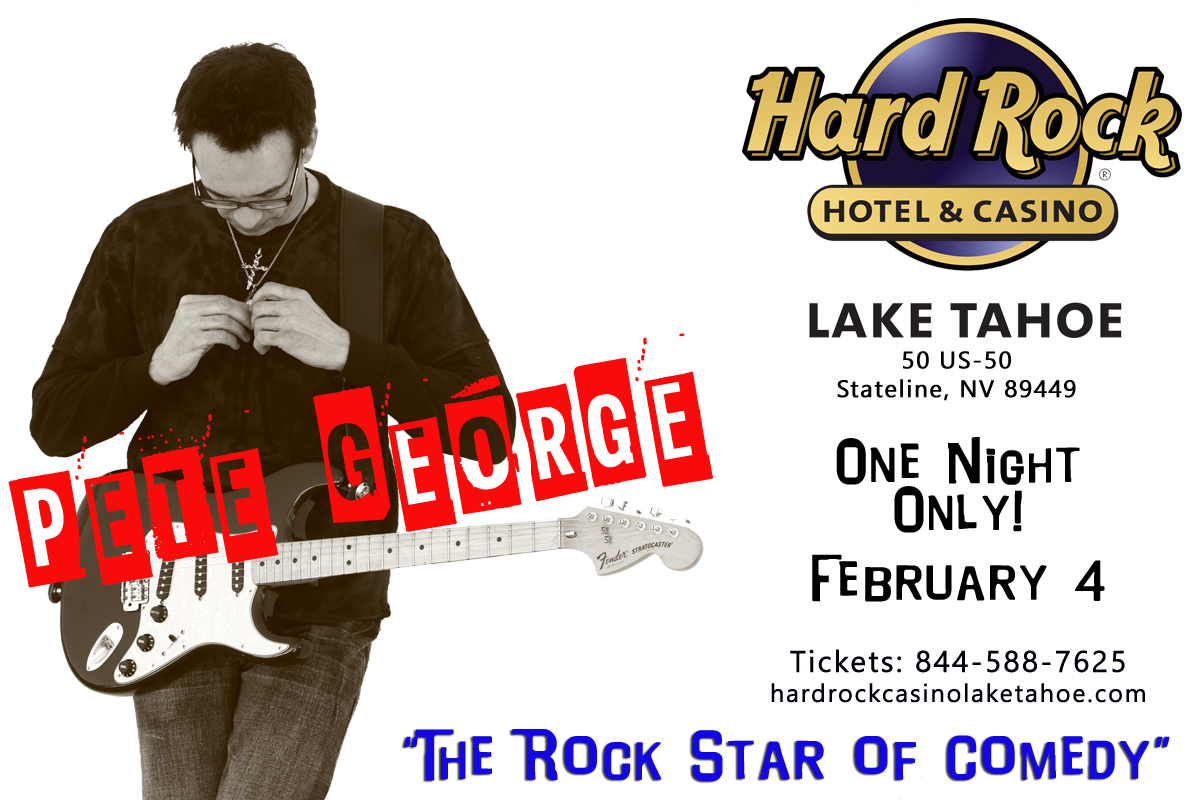 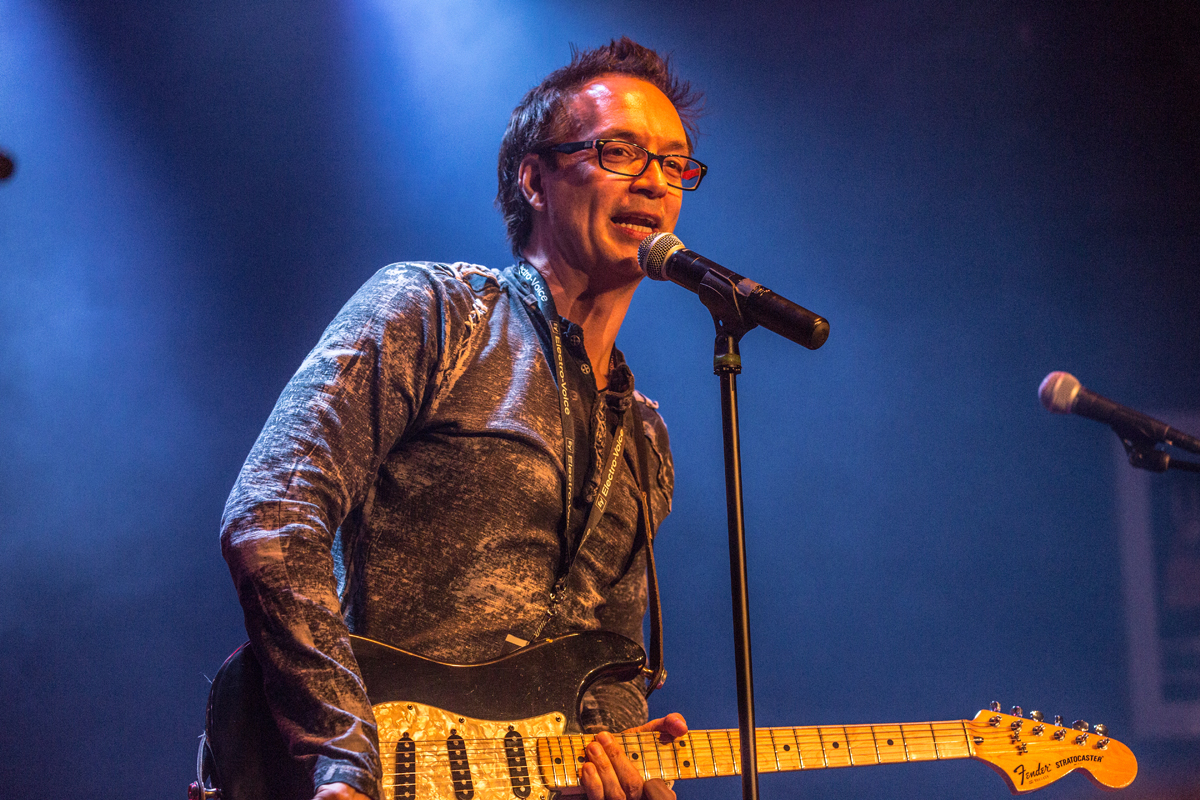 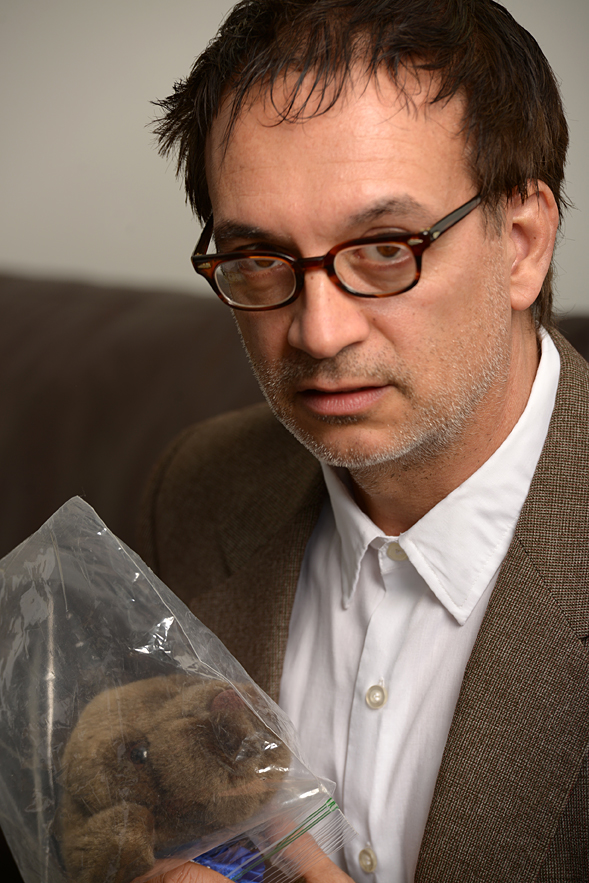 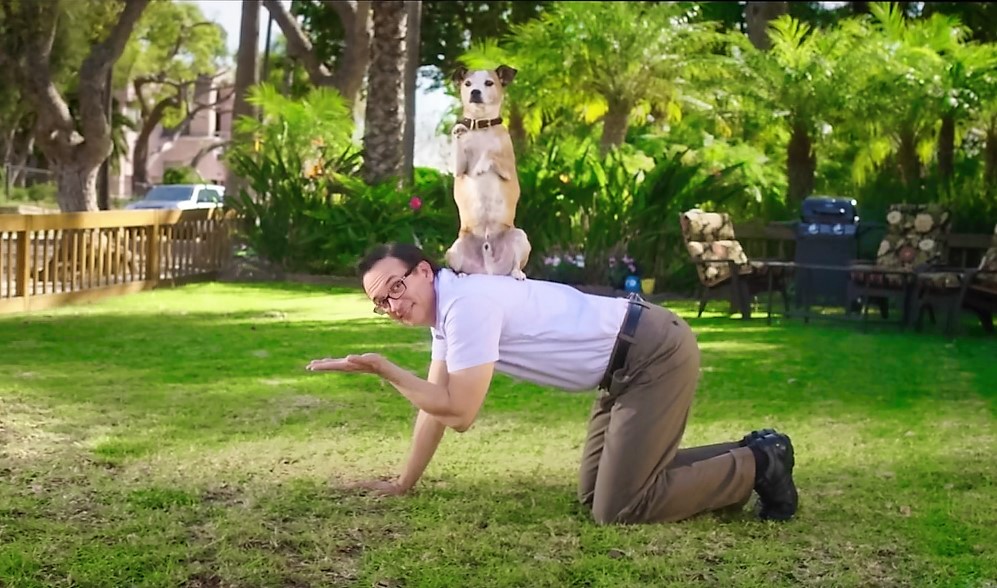 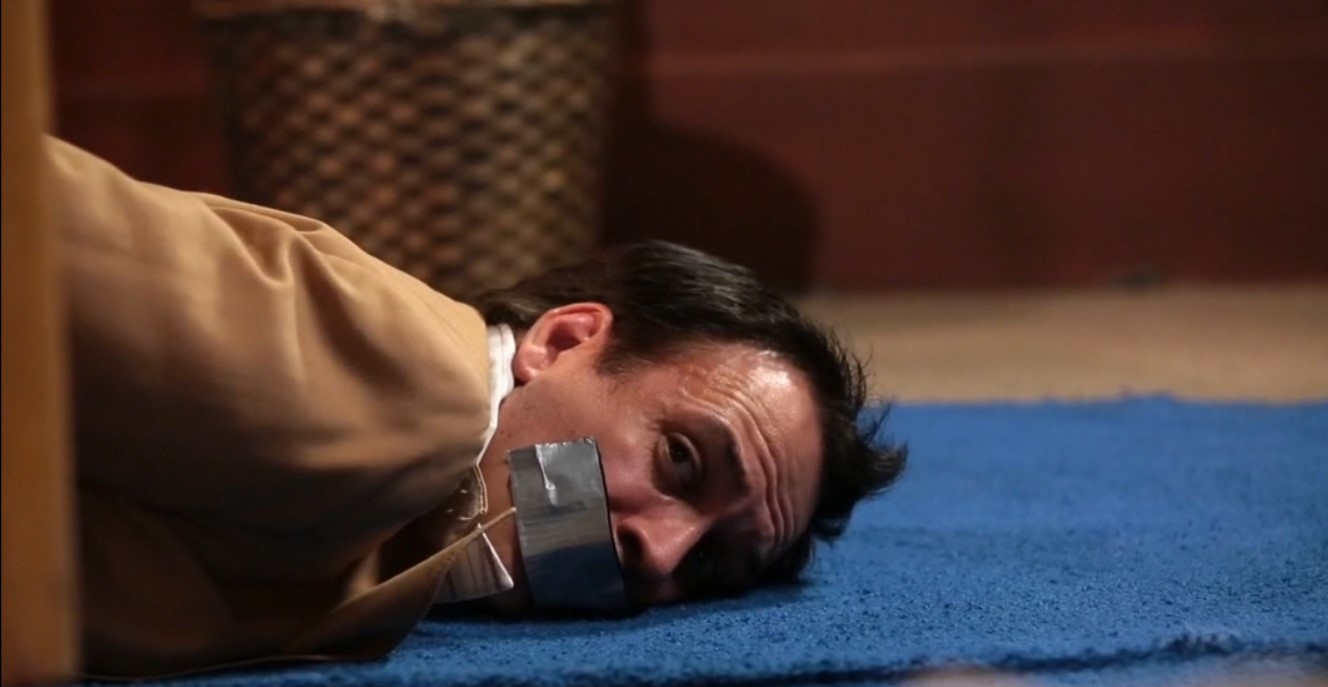 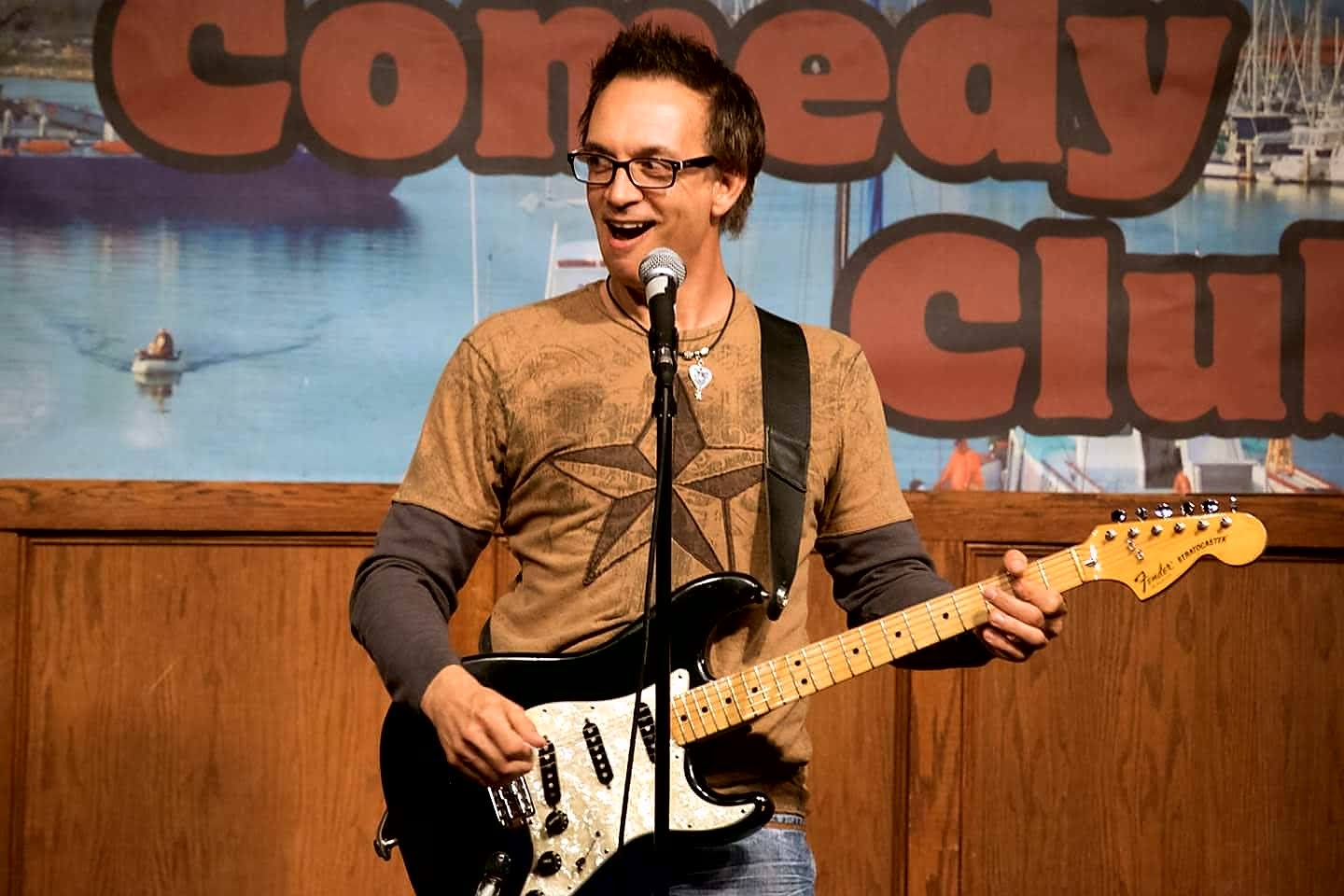