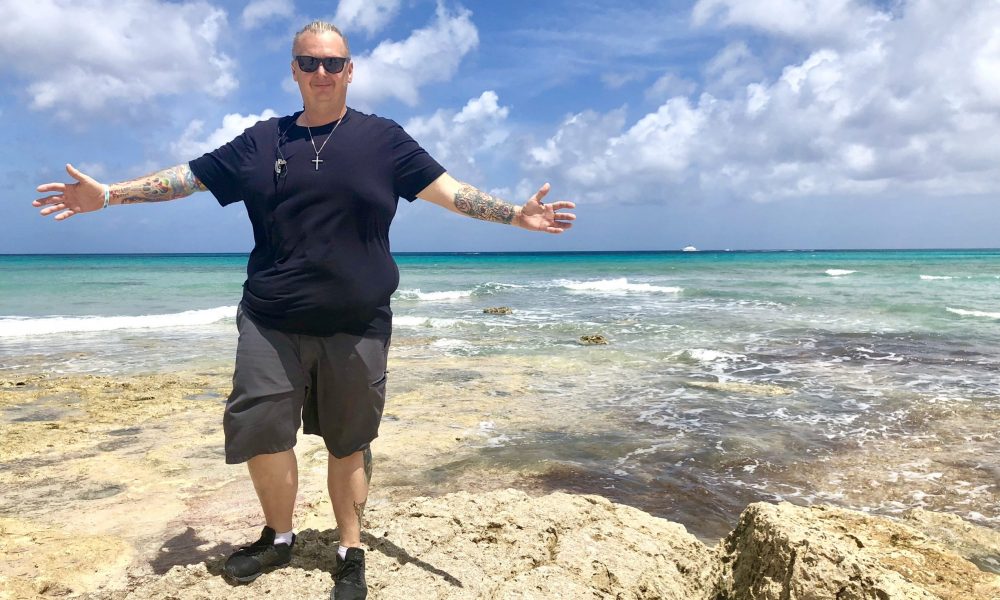 Today we’d like to introduce you to Paul Hebert.

Thanks for sharing your story with us Paul. So, let’s start at the beginning and we can move on from there.
I have been interested in photography since I was a kid. I remember rolling my own film and developing my own prints in a makeshift darkroom in my mothers bathroom when I was young. I always had a camera and feel like I have had quite the array of cameras from a 110, to a kodak disc, to the sony camera that wrote directly to CD’s, and finally making the move to digital when canon announced their first every DSLR. I was a huge advocate of the Canon brand from that point forward, but have recently switched over to the Sony a9 mirrorless system.

As for how I started in this journey as a career, its a long journey. I have always had a camera in my hands and always just loved playing with it. I started working in Hollywood for Rock City News as a darkroom tech and later a reviewer/photographer, this was really the launching point for my career. During this time Rock City News shared office space (really a house) with the promoter for a club called the Red Light District, which I also started working at as a booker for their weekly shows. This put me in contact with many people in the music industry, and those relationships I continued after I left those endeavors.

I eventually moved into corporate marketing and running my own advertising/creative branding agency in Silicon Valley with great success. When silicon valley’s dot com bubble burst I found myself needing to return to a more stable source of income, so once again returned to working in marketing positions where I could utitlize my creative side. I decided to return to school and get my journalism degree, during which time I joined the school paper as a way to return to my love of photography and incorporated my love of music and resumed photographing concerts in and around Los Angeles.

When I left college I wanted a way to still be able to photograph concerts so I called on my past in marketing and branding and started my own website (www.socalmusictoday.com) that focused on reviewing and photographing concerts. I eventually grew this to a point where it was more than I could handle by myself. With the help of several amazing friends, we have grown it to be a pretty reputable site which grants us access to some of the bigger acts that come through town.

How does this all tie together you are probably asking? Just stick with me a little longer, it will all come together eventually.

Running the company meant I needed to find a revenue stream, web advertising just wasn’t there anymore and doesn’t really bring in huge financial gains, so I looked to licensing my photos that I was taking. I started submitting my concert photos to an online agency to help me get them placed in magazines. This eventually led me to begin photographing red carpet and celebrity events as well. Eventually, I started working with Getty Images and found myself shooting almost daily. Eventually, I made the transition to a new agency called Invision which was a partnership with the Associated Press.

The agency model means you are giving up a large percentage of your sales to the agency, and as the editorial photography market started crumbling and prices plummeting, I noticed many of my sales were being done via sub agents, so now the licensing was being split multiple times before I was even seeing any money.

Working for an agency was great and I learned so many things about the business, that eventually I found myself once again wanting to just do it for myself, to cut out the middle men and license images directly. I started my own agency (www.PressLinePhotos.com) which grew rapidly with photographers working for me in LA and NY, eventually, that got to the point where I wasn’t shooting anymore and spent most of my time doing the admin side of things, which as an artist was less than enjoyable. I scaled the agency down and began just photographing things I loved again, and working directly with clients to fulfill their needs.

I found myself shooting stills on music videos and realized I really enjoyed that because it let me use multiple strengths of mine. I was able to use my photographs in a more journalistic way, by capturing the scenes and also being creative in composition and such within the realms of what was being captured for the videos. I also started working for the Forum in Inglewood as their house photographer, capturing images of every act that came in for two years after their remodel. I photographed everything from top acts like U2, Fleetwood Mac, and sporting events like Boxing and World Cup Wrestling.

Fast forward ahead a few years and now I am working on TV shows doing on set photography for one of the top shows on television which allows me to travel the world with the show doing things I love.

Has it been a smooth road?
I definitely have not been a smooth road. I struggled often. I am a person who gets bored easily and always wants to innovate or change things, which can be problematic. I have had my ups and downs in my personal life which negatively impacted my career, but eventually, through the grace of God and my community at my church Mosaic, I have been able to rebuild and am now in an even more adventurous and creative career, and I truly couldn’t be any happier.

So let’s switch gears a bit and go into the Paul Hebert Photography story. Tell us more about the business.
This is a harder one to nail down. What I specialize in me are storytelling images. I always say nowadays with technology advancements in digital imaging anyone can take a camera and point it at a subject and make a pretty picture, but I find that my background in journalism along with being creative, allows me to capture images that actually have a feeling, or tell a story.

What I am most proud of as a company is that I have remained committed to my craft through all sorts of adversity. I have established an undying faith that no matter what I am going to be OK, that there is a larger plan for me, and I know that I just need to keep faithful that everything will always work out. Once I shifted my mindset and increased my faith I was able to shift/pivot and take things to new places.

Are there better photographers out there, absolutely, are there photographers who are more technically skilled than me, you bet. But what I feel sets me apart from others is my adaptability. Photography for live events/tv production/ etc.. is always changing every day is NOT going to be the same, being able to roll with the punches and just adapt to things as they unfold, I think is what sets me apart.

How do you think the industry will change over the next decade?
Wow, this is a hard one. With the advancement in camera technology, things change drastically. What I am noticing right now which I find very interesting, is the race for companies to perfect the mirrorless camera systems. As I stated earlier I was a huge Canon supporter for years and have just jumped to the Sony systems, several friends who shoots for the other major networks, did the same.

So I see that being the new trend as far as it relates to TV/Film Stills. Shooting in a sound blimp on set was very cumbersome and limiting as for changing settings, shooting with the Sony a9 system has been a God send and really made my life easier on sets. 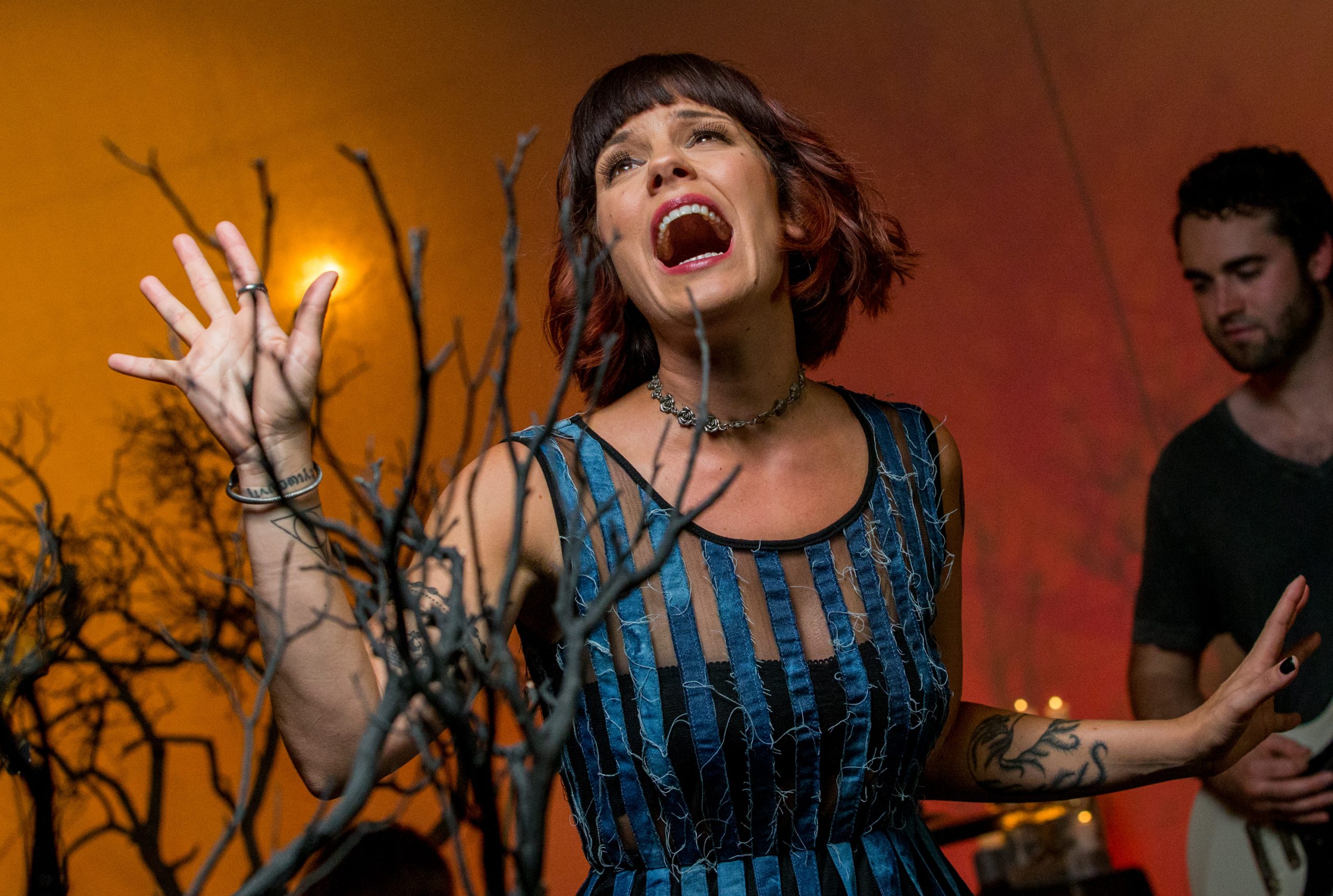 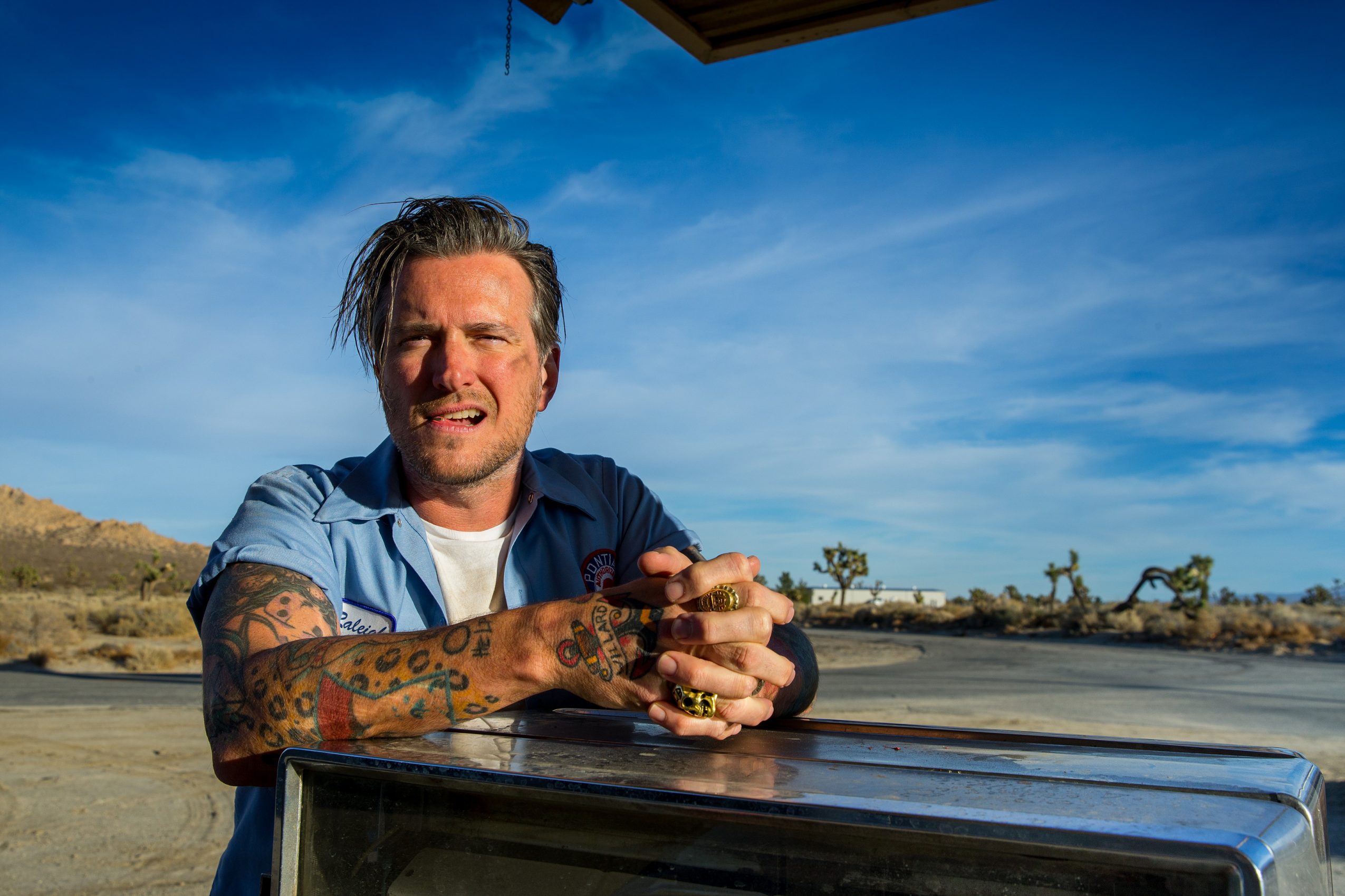 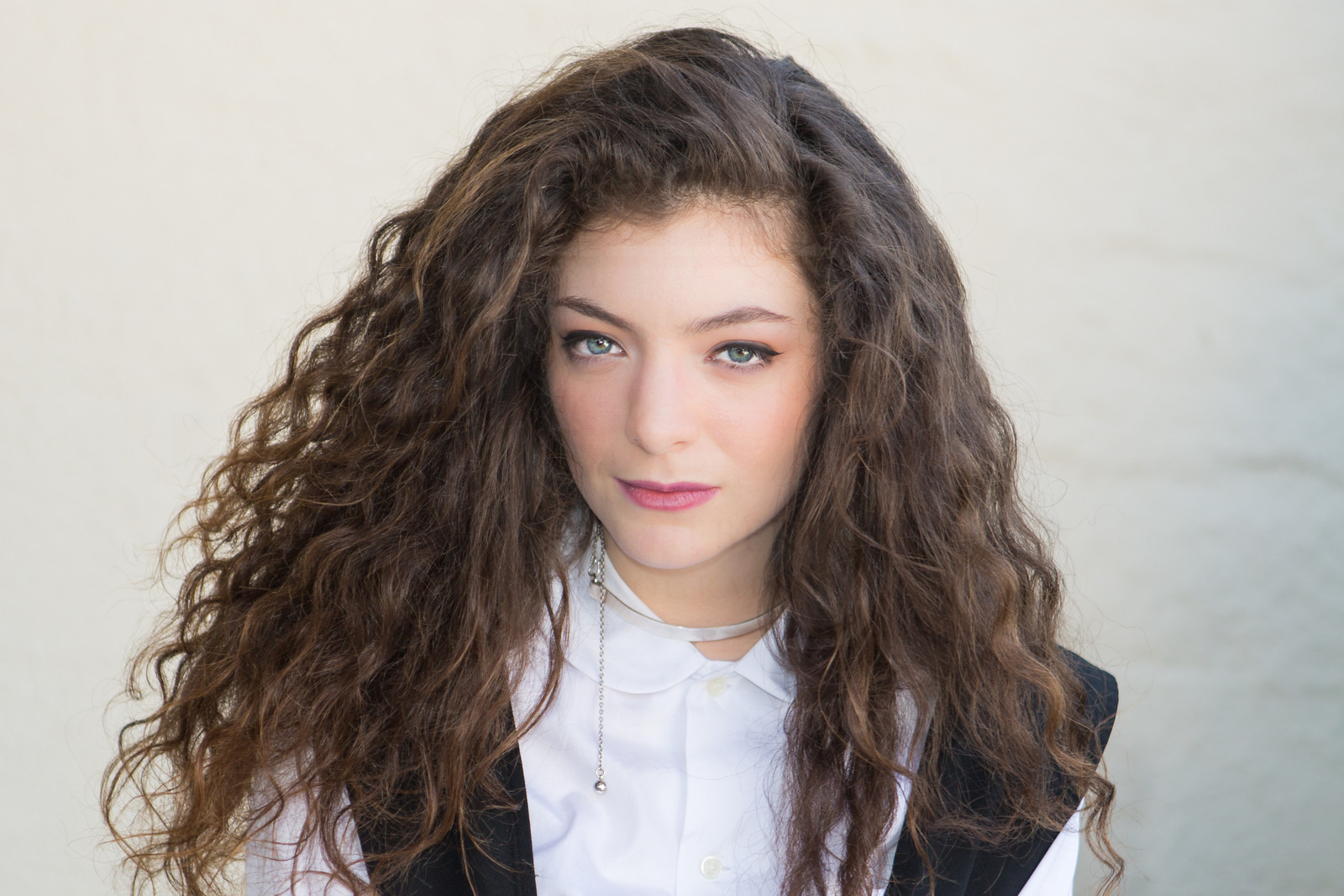 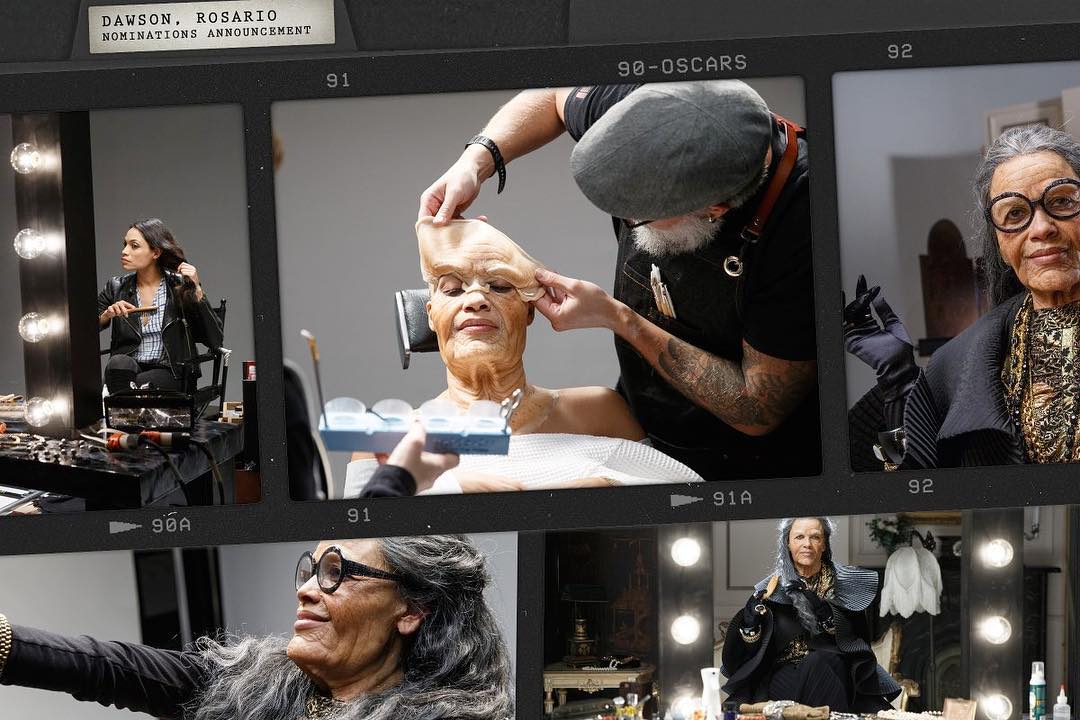 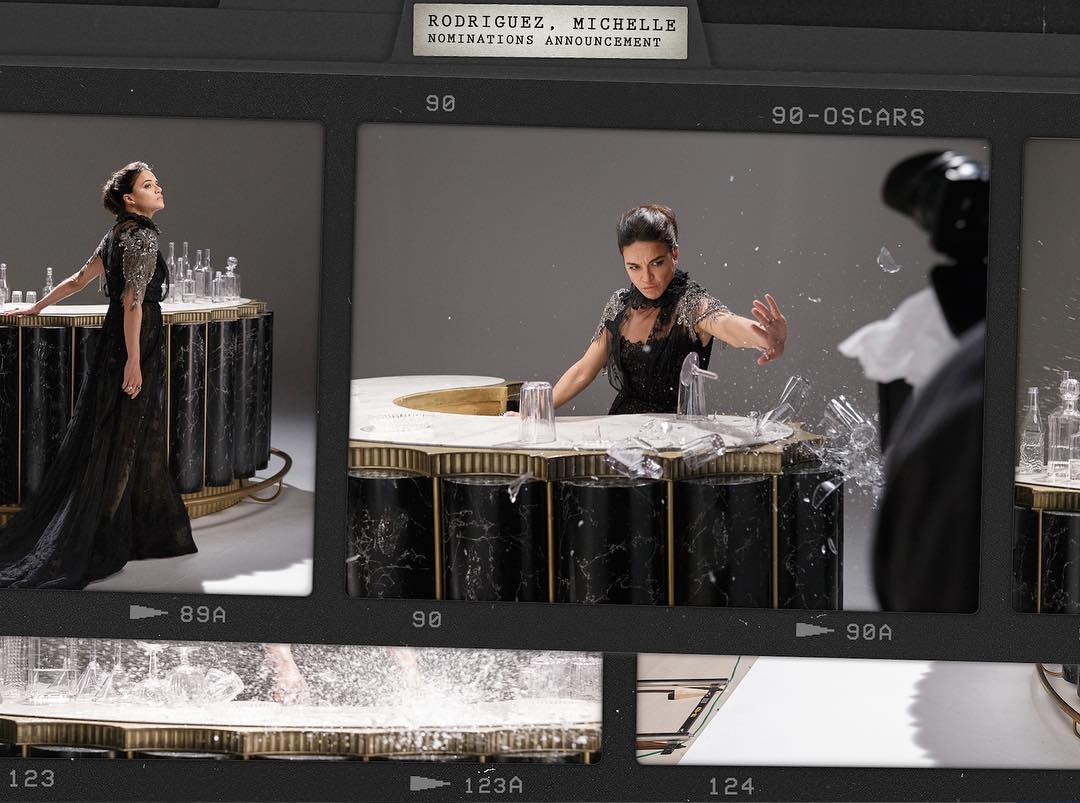