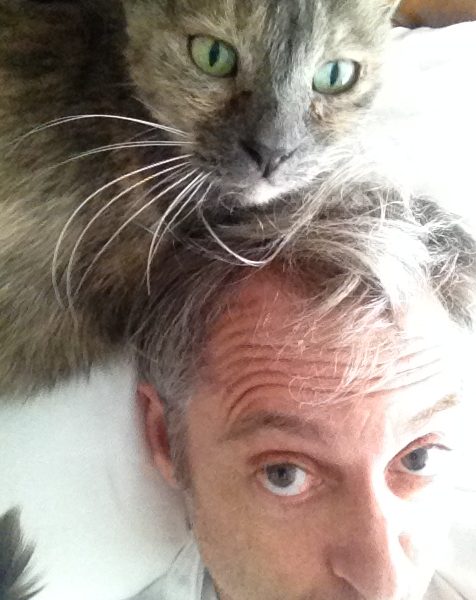 Today we’d like to introduce you to Paul Alan Smith.

Paul, can you briefly walk us through your story – how you started and how you got to where you are today.
Prior to starting in the mailroom at Triad Artists in 1984, I studied theatre. Significantly, theatre represented an integral part of our democracy, as it was a very constructive form of allowing folks to reflect upon the true fabric of our society. I (naively) intended to amp that up by coming to showbiz with the hopes of applying that same mindset. And after six years of being at a big agency and four years at a big studio, I realized my objectives were impossible to achieve, got rid of most of my belongings and headed to Africa and then India. Predictably, I had no desire to return to showbiz, let alone America, but a particularly impressive literary agency became a logical option to TRY and make work, as they agreed to let me integrate many other things I valued (at that point in time) like spirituality, activism, travel etc. into my gig–so long as I made them bread, of course! It was there I built a kinda-sorta impressive directors list and therefore enough leverage to live my life with an extraordinary amount of freedom for the average talent agent. This company then merged with a big, full service agency, thereby allowing me to (once again) see first hand the typical manifestation of Hollywood power. And like my observations in the early 90’s, I was so disturbed by the growing disconnect amongst the for-profit system in America, I briefly took off to India to ruminate, returning to risk everything and build a company that integrated my socio-political priorities in a genuine, transparent manner, such that others would MAYYYYYBE consider emulating a chunk or two of them. With my business partner Lee Rosenbaum, an entertainment attorney and business affairs executive with decades of experience, we opened our doors almost five years ago, and we are still at it.

Great, so let’s dig a little deeper into the story – has it been an easy path overall and if not, what were the challenges you’ve had to overcome?
No. And it still isn’t. We literally practice the re-distribution of wealth, as well as integrating other important socio-political metaphors into every aspect of the company, which is clearly an anathema to most capitalists who work in America. The idea that we are blatantly subservient to both Mother Nature and the like is laughable to most of our competitors. Moreover, the manner by which we have re-defined artist representation is either misunderstood or simply scoffed at. Put these factors together and folks have little interest in actively supporting us. Frankly, nobody else seems to be interested in the philosophical or political underpinnings of our company. On the other hand, given how impeccably we represent talent, well, they nevertheless have a modicum of respect for that. Naturally, this primary focus of ours keeps our income level very healthy, which allows us to keep at it.

Please tell us about ESArtists.
We represent writers and directors in the film/TV biz.

My specialty is directors, and predominantly TV directors. My gig is to score them good gigs, such that they not only make a decent living, but do so in the most palatable fashion possible for the entire length of their career. Other agents in the company represent feature film directors and film and TV writers.

I am proud of the fact that ESArtists proves you can survive while being faithful to a society’s best interests all the while.

What sets us apart: the fact that I am willing to invest monetary “profits” into a better planet, institutionally, and do so with the hope that it influences the culture and its laws all the while. (Fine, I am a tad ambitious. Whatev.)

Another aspect of this is our monthly speaker soirées. We invite knowledgeable speakers to come to our office and talk to 100-150 invited guests about important issues of the day. And I don’t mean showbiz issues. For example, we’ve had speakers discussing different perspectives on the situation in Syria and others offering opposing viewpoints regarding Israel and Palestine. We’ve had Congresswoman Barbara Lee, the most progressive member of Congress, speak to our assembly and stay longer than planned because she was so engaged by the level of discourse in the Q-&-A. How do the speaker soirées relate to our business? On the day-to-day back-and-forth of pitches and deals, they don’t. But on the fundamental level of promoting an informed population’s awareness of critical issues, well, anything that makes us better citizens should make us better business people.

Do you look back particularly fondly on any memories from childhood?
Seeing the musical HAIR in San Francisco circa 1970. Oh, and getting a mini-bike when I was 12.

Not your typical office wall art