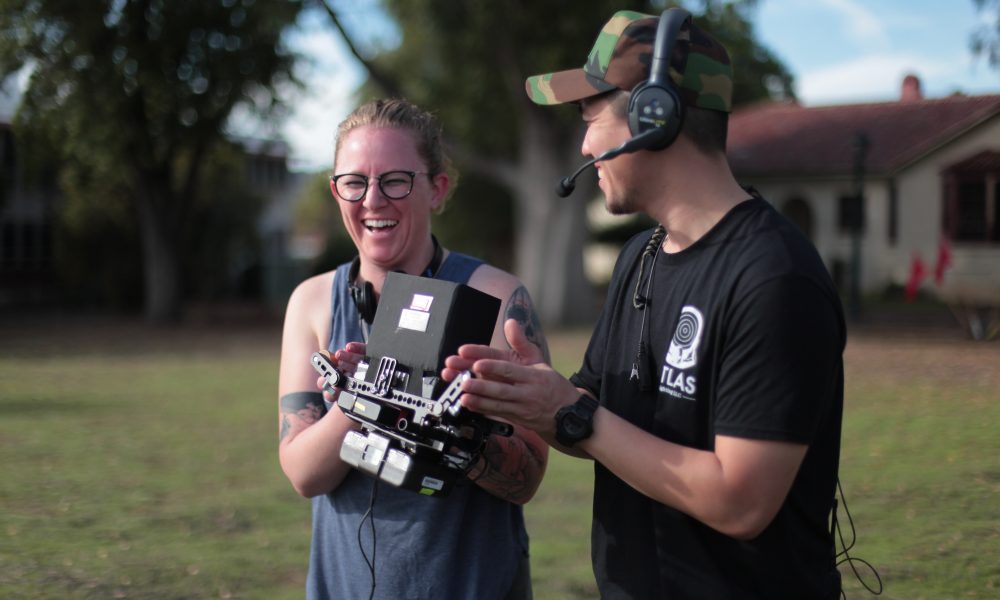 Today we’d like to introduce you to Paige Compton.

Paige, let’s start with your story. We’d love to hear how you got started and how the journey has been so far.
Ever since I was seven years old, I knew that I wanted to make films. When I was 13, my mom gave me her 1988 RCA camera, that took whole VHS tapes, and I would make little short films starring my siblings. Because I always knew that filmmaking was something I wanted to do, all my extracurricular activities through junior high and high school were all related to that in some way. When I turned 18 and graduated high school in 2006, I wanted to attend Full Sail University for my film degree. But my parents didn’t believe that pursuing film at that young of an age was a safe option career-wise. So after a three-day-long debate/argument with them. I relented and compromised. Deciding to study Computer Animation because “that was still related to film”. I attended Modesto Junior College for two years. But while I was there, I felt like my life was on the wrong path. I could feel it slipping further and further away. I scored the lowest grades I’ve ever gotten in my life. I really didn’t want to be there.

After some serious soul-searching and inner debate, I decided to enlist in the US Army. Now, mind you, I didn’t just sign-up blindly and run away from home… It was a six month long decision. And I wasn’t going to waste my time doing a meaningless job. I scored high on my ASVAB and was able to get the job or MOS called 25R: Visual Information Equipment Operator/Maintainer. (It’s a long title, I know.) Basically, I designed and built TV Studios from the component level all the way out to broadcast systems. Learning electronic science, lighting science, sound science, and camera science.

My first duty station after a year of training was with the NSA where I did graphic design and photography. Then I applied to work at the White House and I was accepted there. I worked there from 2011-2015 (Obama Administration) and did a number of different Audio-Visual jobs. But the one I’m most proud of is Audio Visual Lead. Where I would be assigned a team of 8+ people a few days before an event and I would lead them to plan and accomplish all the Audio-Visual requirements for the President or Vice President anywhere they traveled in the world. I have gotten to rub shoulders with some pretty incredible humans and learned so much through that experience. But when it was time to leave the Army, I was ready for the next chapter. I attended The Art Institute of Washington for my undergrad. A BFA in Digital Filmmaking.

A four year degree that I completed in 2.5 years because I didn’t want to be in college for any longer than I had to. I stacked my classes up, basically doubling my workload. This also saved me some time on my GI Bill. Knowing that I wanted to move to L.A. no matter what… I looked into Master’s Degree programs to help me transition into the filmmaking community of L.A. and help me steady myself. In my research, I saw that A LOT of alumni from AFI were actively working in the industry so I applied to AFI on a whim, never thinking I would actually get in.

Then I got my interview and then I got my acceptance letter. Honestly, I was floored. I kept thinking that there must be some mistake… maybe they were trying to meet a female quota, maybe they wanted a veteran in their student body… but it didn’t matter how much my imposter syndrome was screaming inside of me. I got in.

The last two years have been an insane ride. One of the best decisions I made was attending AFI. I am so grateful for the time I’ve spent there and so grateful for all the crazy wonderful people that have become my AFI family. I graduated this year, 2020… what a crazy year to enter into work world as a free agent. My thesis film is ready for the festivals and I am excited about what lies ahead in my career! Anything could happen at this point! 2020 has been full of all kinds of surprises.

We’re always bombarded by how great it is to pursue your passion, etc – but we’ve spoken with enough people to know that it’s not always easy. Overall, would you say things have been easy for you?
It has not been a super smooth road, no. I am someone who relies heavily on following my intuition… and the times I ignore it are the times that everything seems to fall apart. I’d say most of my struggles have come from my personal life. I have experienced a lot of personal hardships throughout my journey so far. A lot of death, a lot of trauma, a lot of trials, tribulations… but also some triumphs. Despite all that, I don’t regret a second. Not one second. Because every single experience – good, bad, or ugly – has taught me something about myself, my character, and the humans I share this world with. And It’s been nothing but good, solid, and sometimes rough lessons. I add each lesson to my tool belt and continue to try to improve.

We’d love to hear more about your work and what you are currently focused on. What else should we know?
So far, at any given point in my crazy career path, I have personally done almost every job you find on set. And when it finally clicked that I have a deep resounding passion for directing, all the pieces fell together. A few other things I did: I managed a band while I was in DC. I had to step away to pursue my filmmaking career, but I was able to get them signed to a tiny off-shoot of Sony. The band moved to L.A. shortly after I did. You all should check them out. They are called STEREORIOTS. I also pursued acting very seriously for a couple of years. Decided it’s incredibly hard and hated the entire process. Plus, I felt like I could do better than most directors I worked with.

So I am a director. It’s what I do. It’s all I want to do. I love every single moment of directing no matter how crazy it gets. I am able to speak the language of almost all the departments on set and I have a full understanding of the work that is going into every change I request. I love and am eternally grateful for all the teams I have worked with. I truly love this craft.

So, what’s next? Any big plans?
At this point with the unpredictable nature of 2020, I am keeping my ear to the ground and seeing what opportunities present themselves. My producer and I will be hitting what’s left of the festival circuit this year, with our AFI Thesis Film called ‘GUIDE ON’. So watch out for that, I guess. And hopefully, the movie gods will bless me with an opportunity before the end of the year. Come what may, I am ready for it. 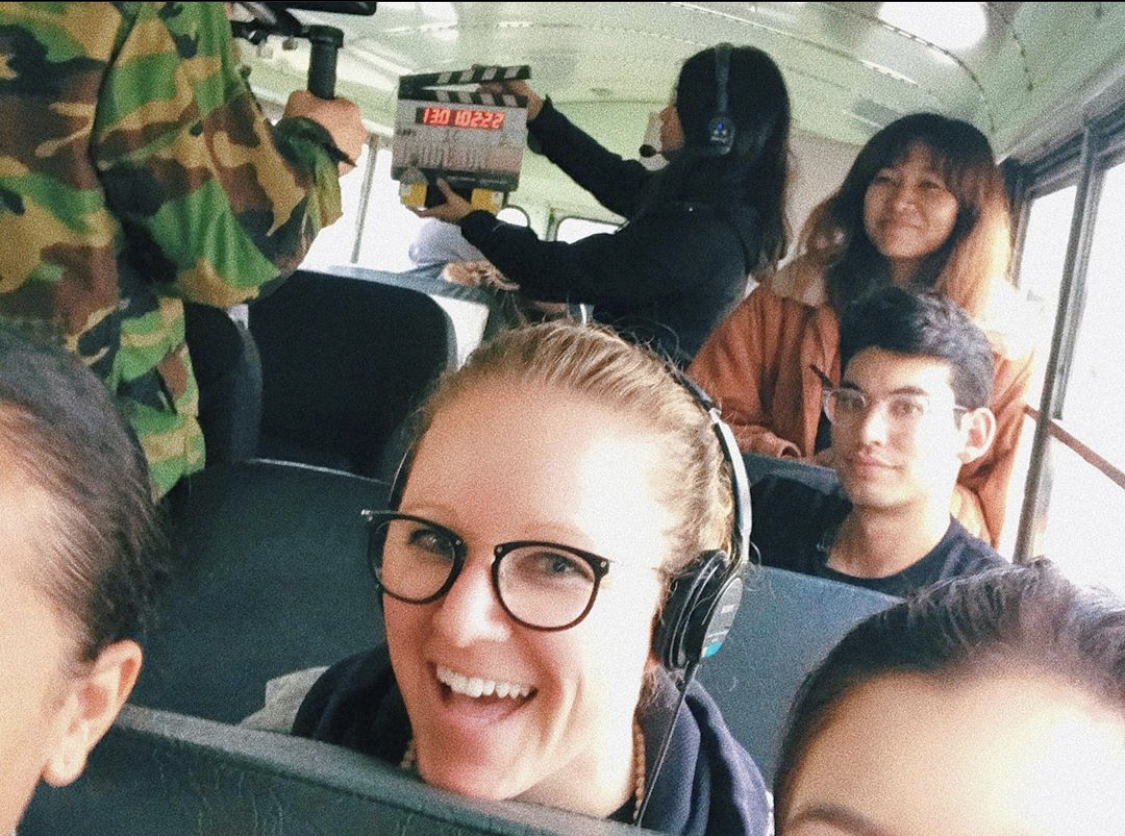 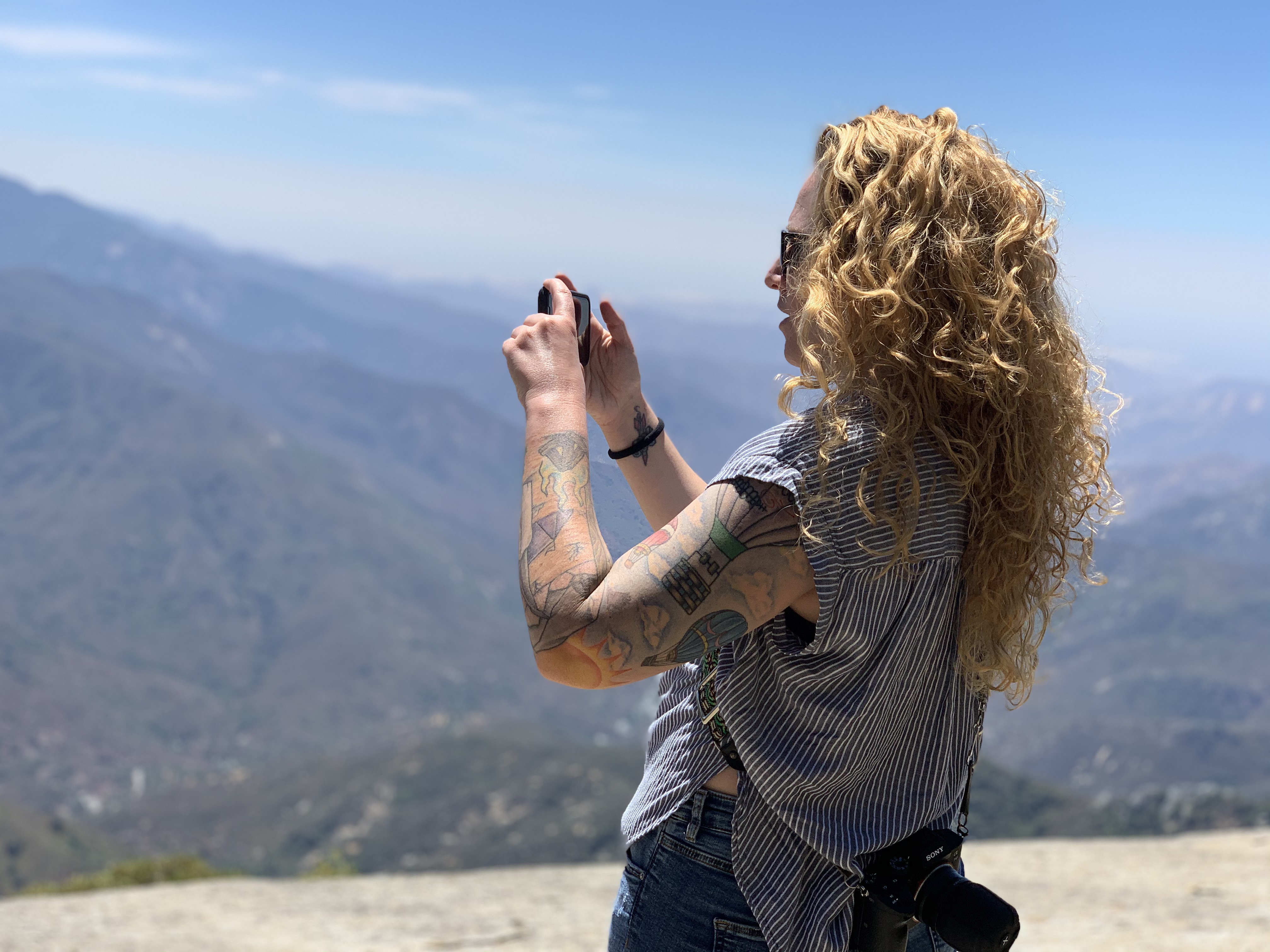 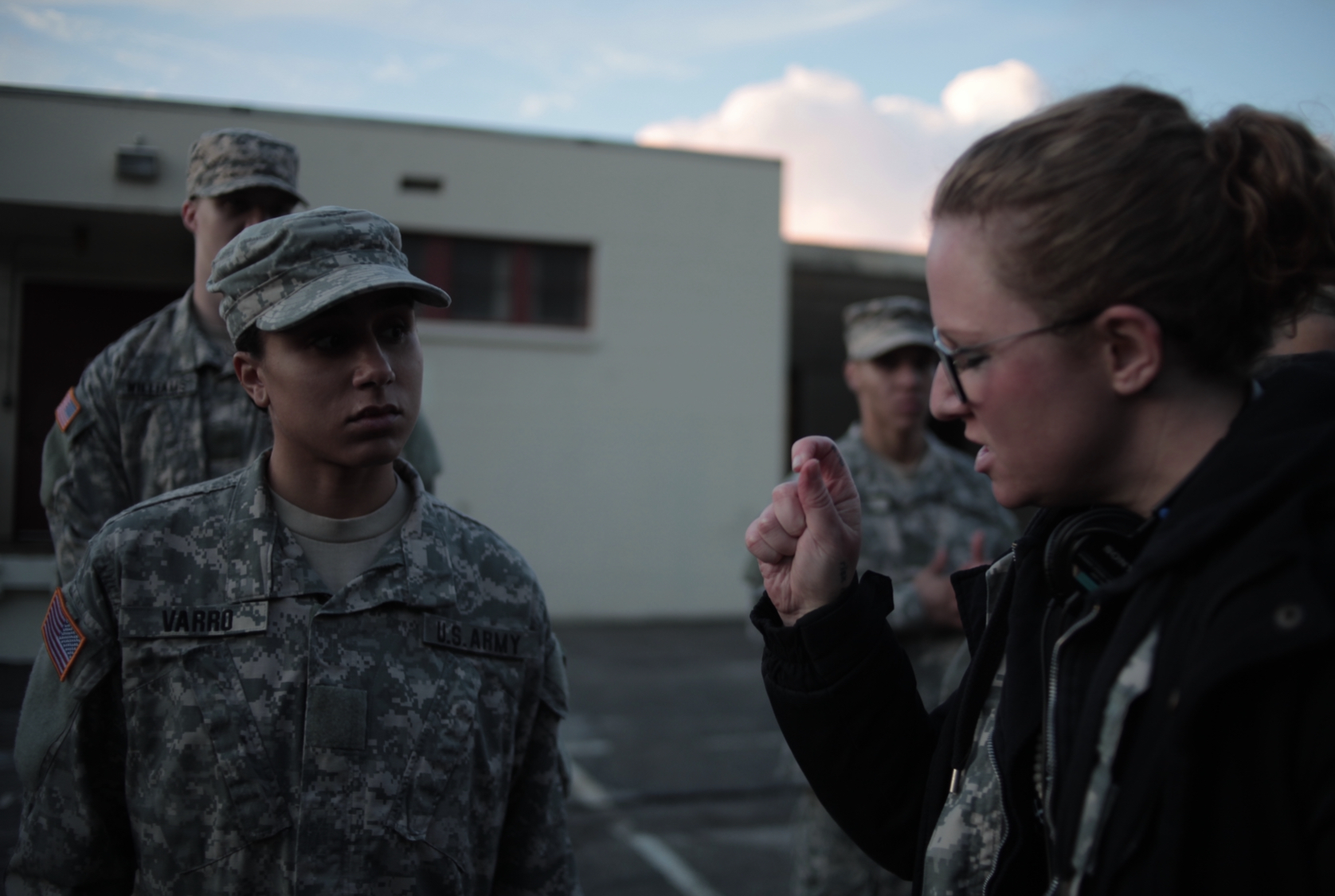 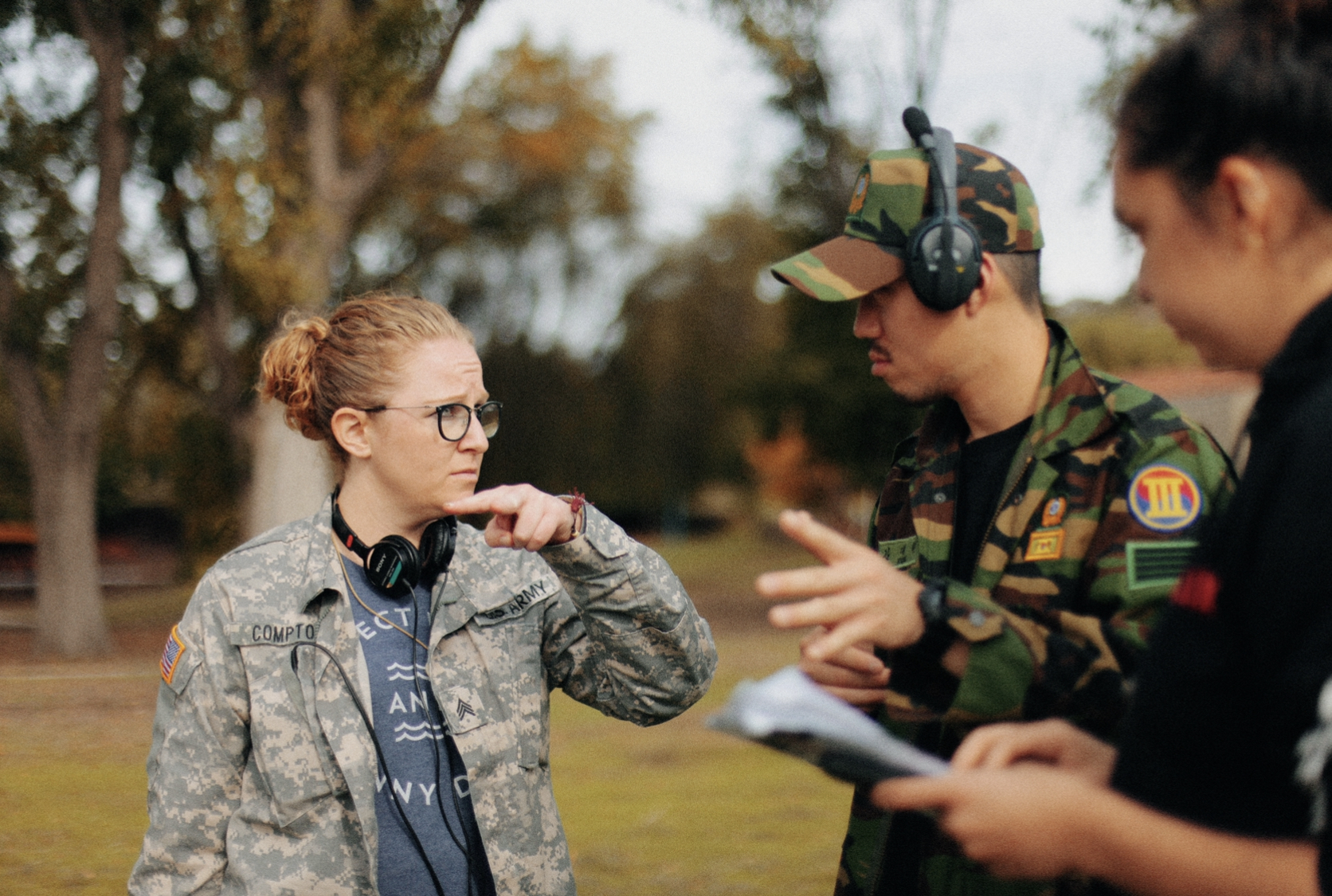 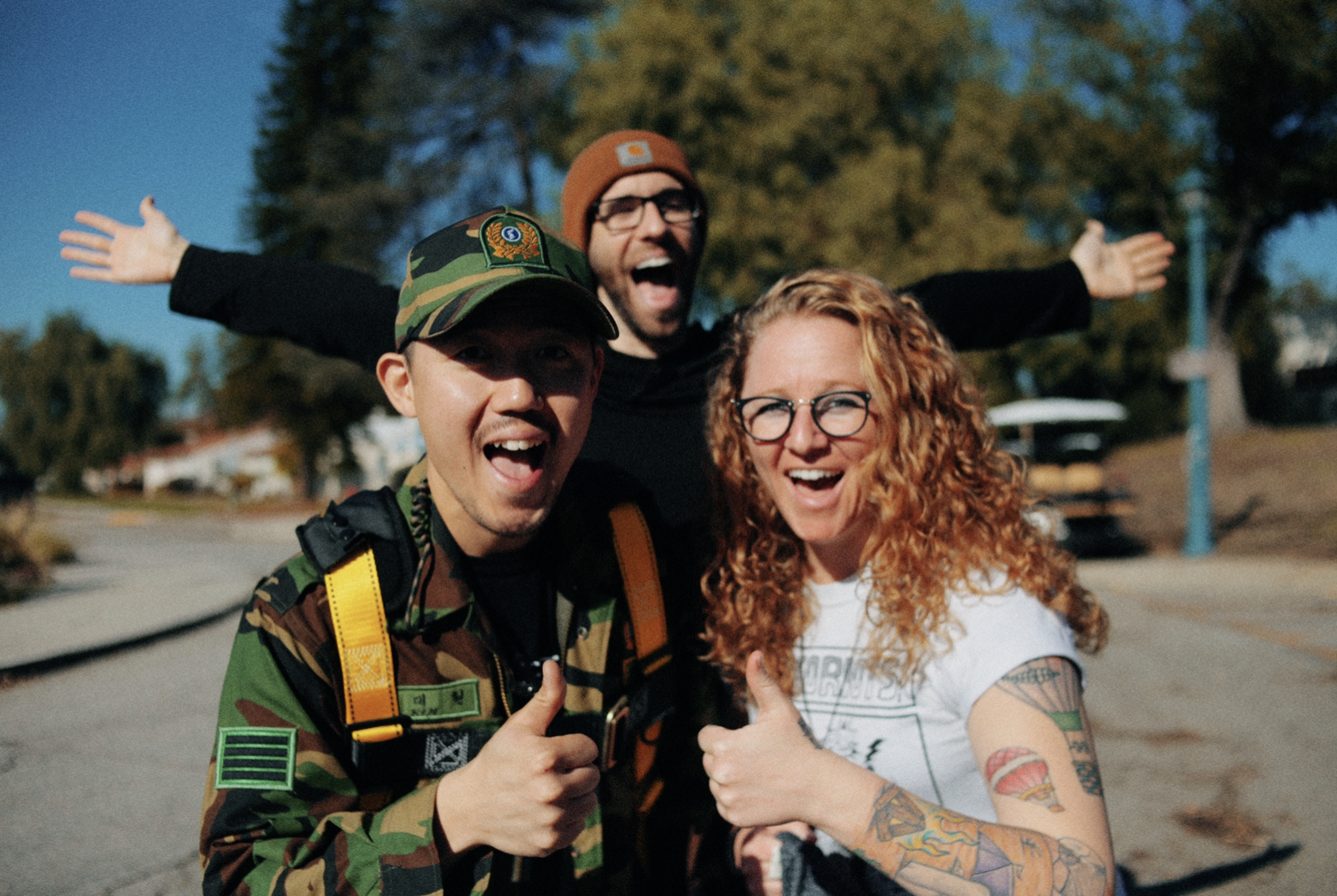