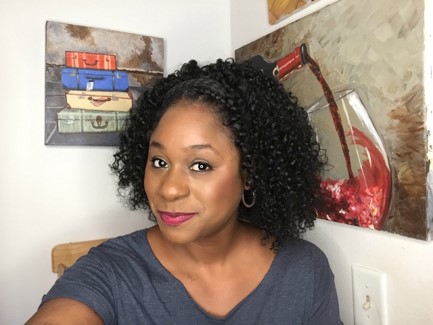 Today we’d like to introduce you to Nicole J. Butler.

Nicole, let’s start with your story. We’d love to hear how you got started and how the journey has been so far.
I grew up on Chicago’s south side in a family filled with “creative-types;” mostly musicians and artsy-craftsy folks. I was a precocious child who did well academically, but being exposed to creativity and different art forms at an early age gave me the message that creative outlets were worthy pursuits. I enjoyed foreign language classes in junior high and high school and entered The University of Iowa as a Spanish major.

Near the end of my degree program, I took a theatre class as an elective, and the acting bug bit me in a major way! Not only did I enjoy acting, but I was surrounded and encouraged by people who loved the various aspects of creating a theatrical production, many of whom had turned this love into “real” careers.

After staying in school another year and a half so that I could earn a Theatre Arts degree in addition to my degree in Spanish, I graduated with both and set about the business of deciding which coast would be the best place for me to build an acting career. I visited New York and knew it wasn’t right for me. Too many people on top of one another. Too many buildings. Not enough flowers and trees.

That left Los Angeles, I moved from Iowa to Chicago and lived with my grandfather while I worked office temp jobs to save money to move to L.A. Eight months later, I made the leap with a grand total of about $220 to my name and a good measure of home-grown moxie.

We’re always bombarded by how great it is to pursue your passion, etc. – but we’ve spoken with enough people to know that it’s not always easy. Overall, would you say things have been easy for you?
Looking back makes me chuckle at the series of unfortunate events that took place after the move. I stayed with a former college roomie in West Hollywood for a month, until I could find a job and an apartment. I didn’t tell her I only had $220 because I didn’t intend to ask her for anything other than a corner of her floor.

The first time I went to the grocery store, I think I bought milk, bread, and cheese and it cost way more than I had EVER paid for milk, bread, and cheese while living in Iowa or Chicago, so I knew I had to be careful and find a job quickly. My friend let me drive her car one day and I, not knowing about permit parking, got it towed.

Bye-bye, $124. I found a job as a night-typist at a law office in Century City. I tried to take a shortcut to amend a document, ended up screwing up the entire document, and I was let go the next day. I thought I could walk from Century City to West Hollywood (It’s five miles, so one CAN, but I wasn’t about that life, plus it was late at night).

After walking, in drizzle, down a grassy median on street that wasn’t made for foot traffic for what felt like FOREVER, I happened upon a hotel. I probably looked a little bedraggled, but I asked the concierge if I could use a phone to call my friend to ask for a ride and he looked at me like I was something dredged up from the depths of the sea and pointed me to the pay phone.

This was within my first two weeks of arriving in Los Angeles. After that, I DID quickly get (and keep) a job, found an apartment in the San Fernando Valley, declared show-business “too difficult” and “gave up acting.” In actuality, I was intimidated by the amount of information that I didn’t know.

I stayed at that job for two-three years, then got another office job, then another… I earned good salaries as an Executive Assistant to various heads-of-company, but I was miserable. One day an audition for a play fell into my lap, and I was totally right for it, so I left my office job at lunch and went to audition. I was so awful that I wanted to stop in the middle of the audition, apologize, and leave.

I pushed through, thanked casting for the opportunity, and sat in my car, crying. I decided then and there that I was either going to hone my now-rusty acting skills and do what I had moved to L.A. to do, or I need to go somewhere where bread, milk, and cheese didn’t cost half my paycheck.

Within a month, I found a two-year acting program (shout out to The Meisner Center), lowered my overhead so that I could afford to live on less money, and begged another friend to hire me as a P.A. on award shows, making $500 a week before taxes.

Once my new employers learned that I had a larger skill set than picking up lunch and dry cleaning, better-paying production opportunities came my way. When my acting program ended, I decided it was “now or never” and launched my career. That was 2005.

Since then, I’ve been in well over 100 TV shows and commercials combined. This August will mark my 21st year in Los Angeles. Mama, I made it! And I did it without selling my soul.

We’d love to hear more about what you do.
I’m an artist, and since all art comes from the need to express, I act, I write, I produce, I sing, I paint, I make jewelry, and I craft. To be fair, I make my living as an on-camera and voiceover performer, but I am all of these things, as are so many of my creative sisters and brothers.

My lot tends to wear multiple hats, and I am honored to be counted amongst the rank and file of other artists who ply their craft as a way of honoring the gifts that they have been given. It has taken a long time for me to put words to this, and not feel like I was just “scattered” or just “trying to be different.”

I am proud to have let go of things, belief systems, habits, and people not in my best interest and to have dug my heels in to fight for what and who matters to me. As an individual, I am kind but forthright, and self-protective but giving. I believe these qualities show in my career, in my personal and professional relationships, in the roles that I play, and the stories that I write.

Everyone (except perhaps that night-typist job) will attest that my work ethic is impeccable. I’m keenly aware of how these declarations may sound to you right now, but I can say this without even a hint of hubris because I’ve painstakingly crafted a reputation for being prepared and delivering the goods when it’s time to do so.

Nothing past “talent” is magic – it’s meticulous work that almost anyone can do it if they’re willing to put in the work. We all want magic, yes, but the magic usually happens either while you’re doing the work (discovery) or after the work has been done (fruition). Not before.

Has luck played a meaningful role in your life and business?
Any life is full of manifestations – good AND bad. Some call them blessings and curses, and others call them good luck and bad. They happen, and I don’t see either as a big deal. People, obstacles, and tools show up in your path, and you have to decide if they are friend or foe and how to negotiate them. That’s life.

I’ve always had a healthy dose of optimism, and it has served me well in my career as an actress in Hollywood. One of the most frequent questions asked of me is “How do you deal with the constant rejection?” Honestly, I rarely take rejection personally.

Since I don’t like to leave things to chance, I mentally and emotionally prepare for as many possible eventualities as I can imagine. If I soar, I consider myself blessed. If I fail, I know that I gave it my best and I let it go. Every now and then a “loss” sticks with me longer than the car ride home, but not often.

Both good and bad manifestations have shown up in my life, but I don’t take either of them personally. “Luck” is out of my control – I concern myself with aspects of my career that I CAN control. Anything else, for me, is a fool’s errand.

Also, I’ve been writing quite a bit lately, and am looking forward to producing my own work on a larger scale than I have before. There are a lot of stories that I’d like to tell and lots of folks I’d like to be able to employ. I’d also like to direct.

Last but not least, this year, I would like to finally create an online gallery and start selling some of my artwork- I’m running out of wall space at home! 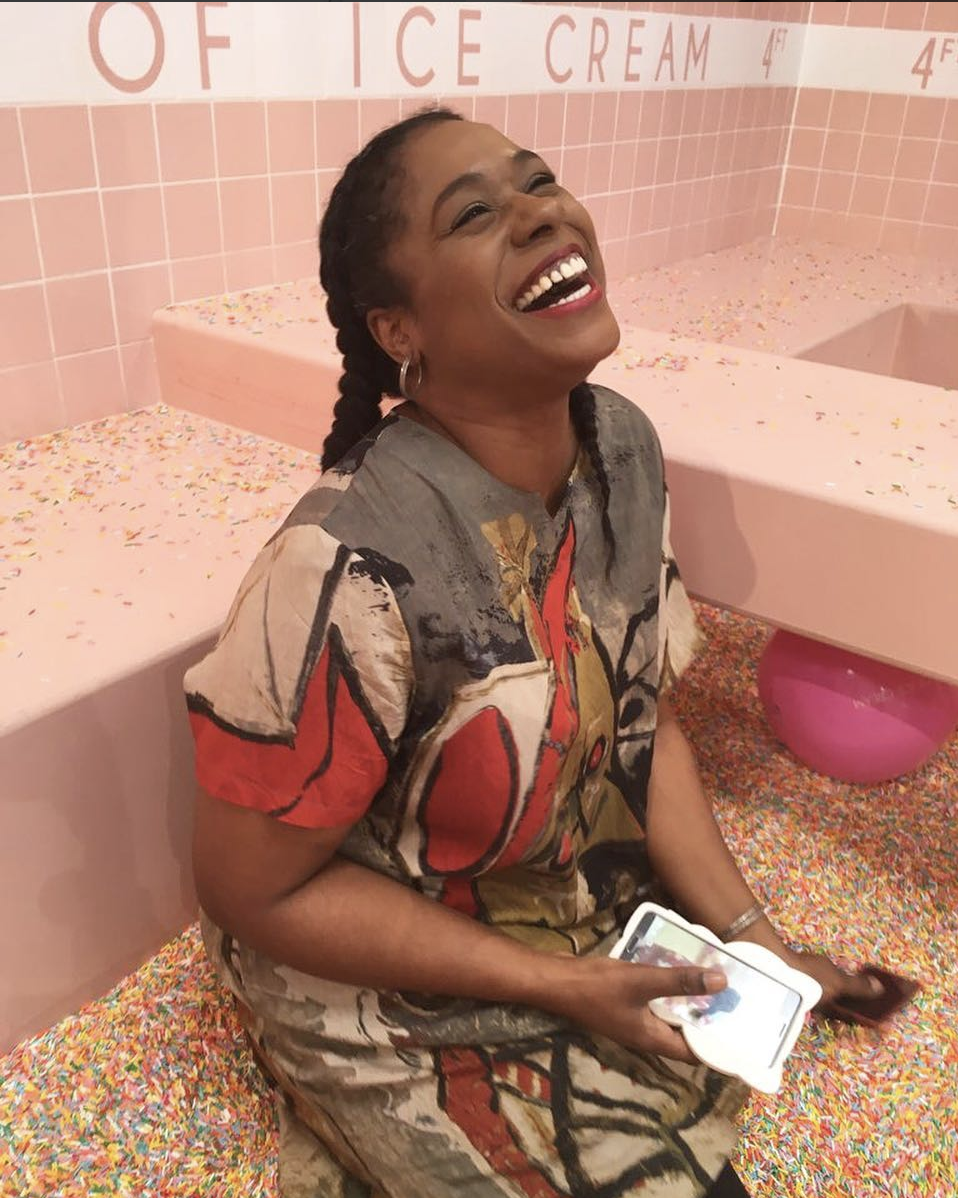 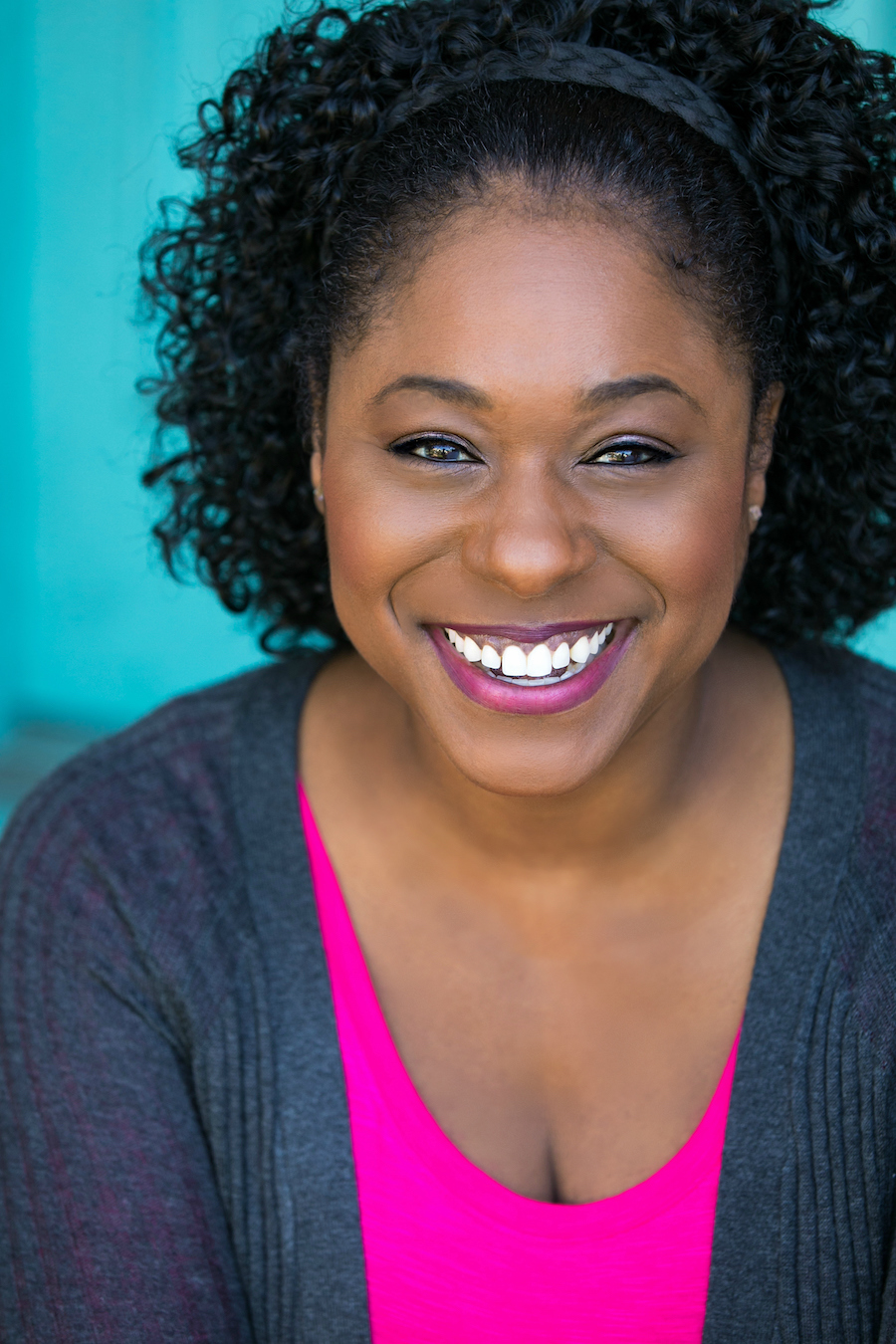 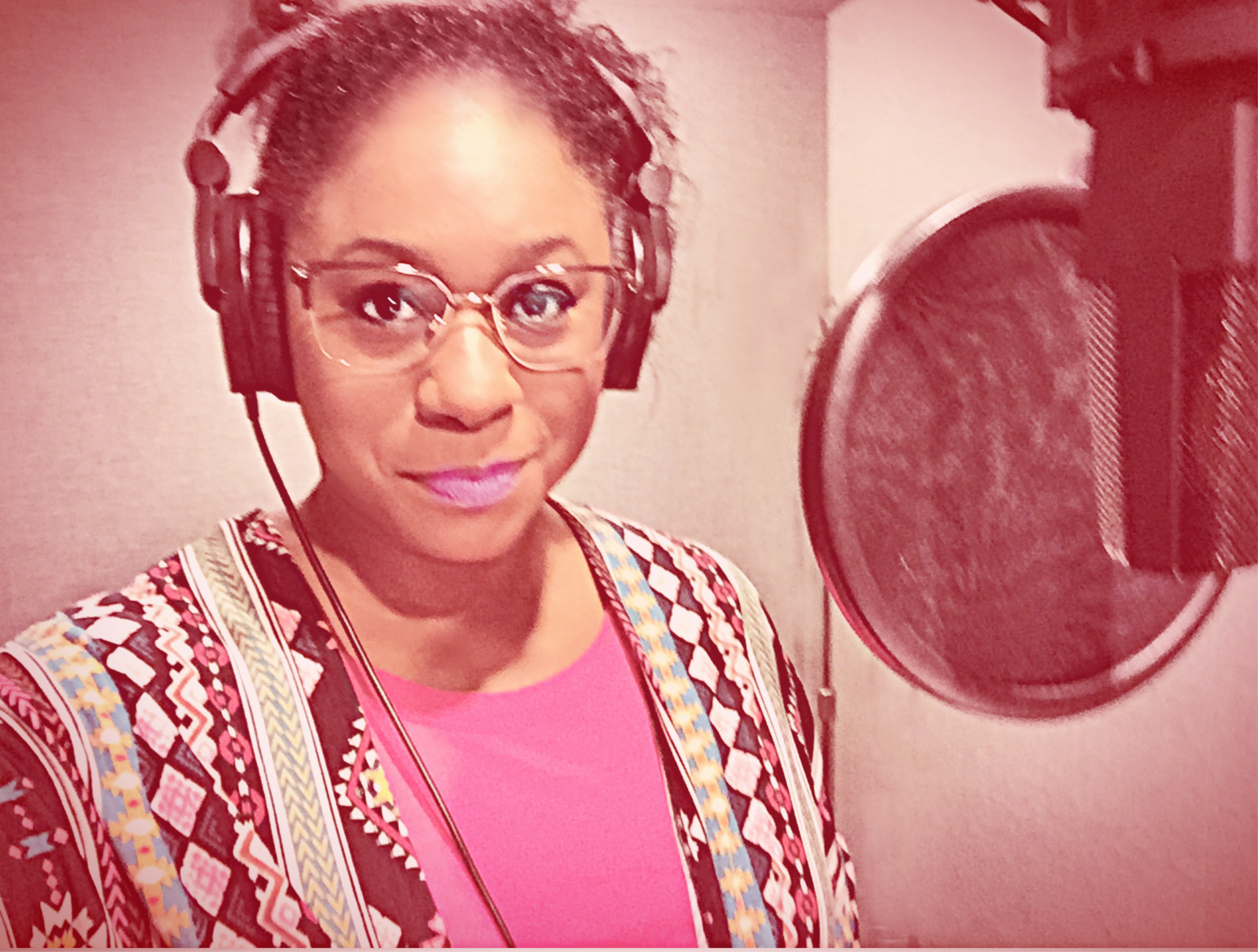 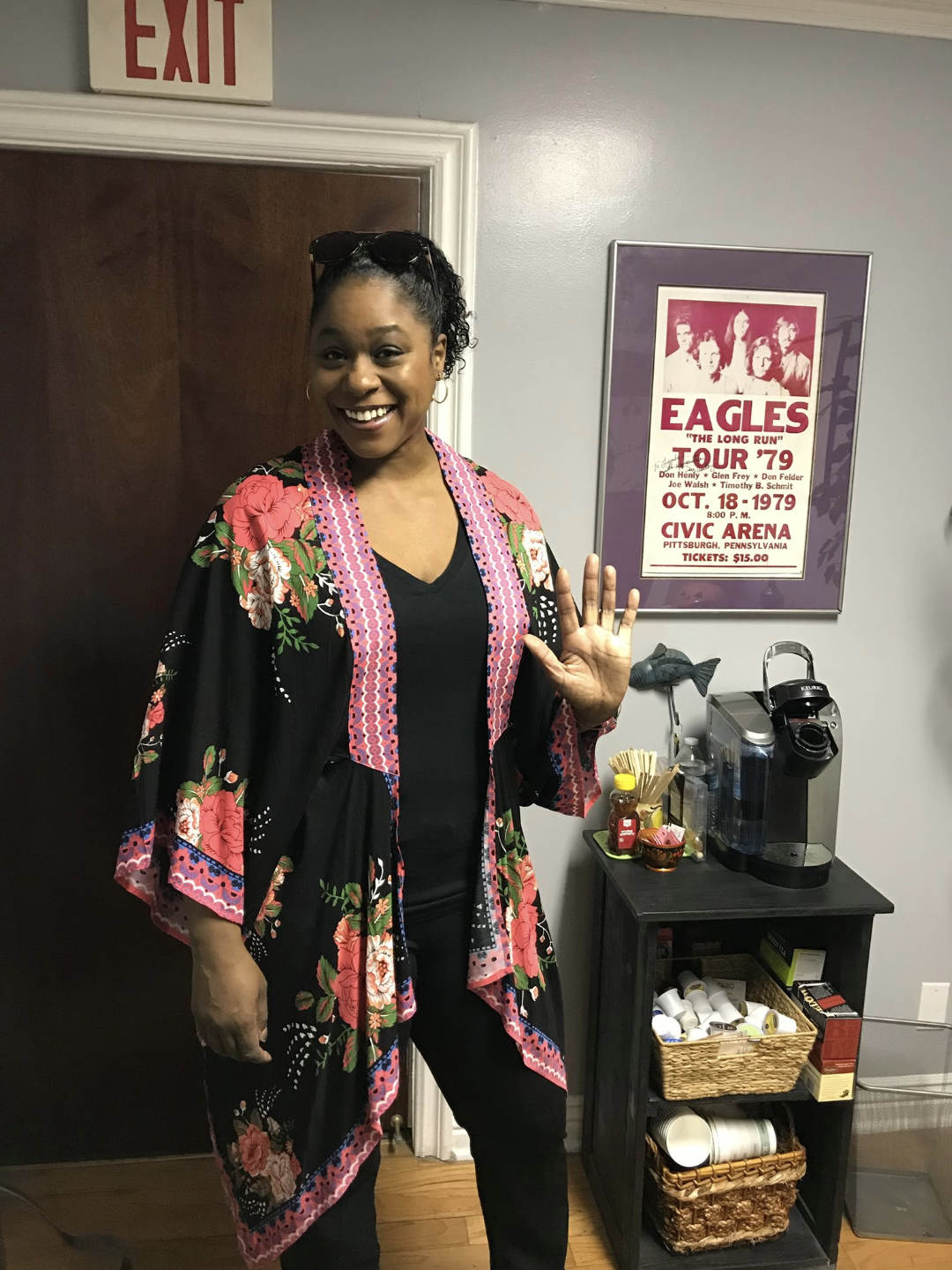