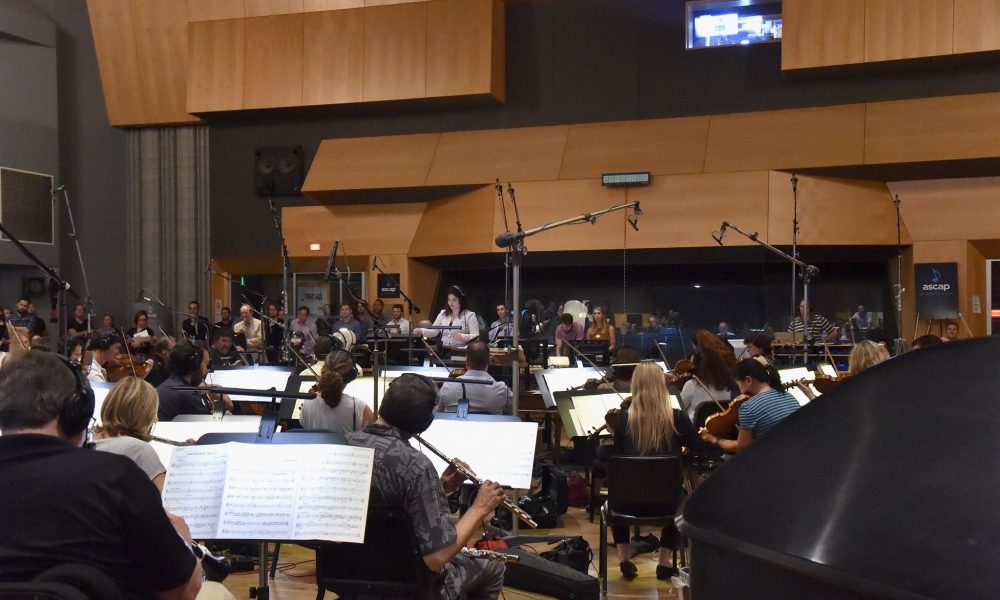 Today we’d like to introduce you to Nami Melumad.

Nami, let’s start with your story. We’d love to hear how you got started and how the journey has been so far.
My story begins in Israel, where I grew up playing piano, flute and guitar. I joined the school orchestra because of a classmate I had a crush on. Sadly, that didn’t work out, but instead, I fell in love with music. Like the typical teenage musician, I wrote songs about love, friendship, disappointments… I wrote most of the songs for our high school musical, which landed me my first paid gig as a composer: writing original music for a theater show. I always enjoyed composing, but what made me excited about composing for the stage was how my music fits in a bigger form of art – like theater: I loved how it completed the visual experience. I began to develop an interest in storytelling and became fascinated by movies. I would often sit on the piano for hours to figure out a chord progression I heard in a movie score. I used to compose my own themes for imaginary scenes from movies I watched and that’s when I realized composing for the screen is a passion of mine.

After completing my IDF service and backpacking in Australia and New Zealand for 6 months, I was admitted directly to the sophomore year of multi-style composition studies at the Jerusalem Academy of Music and Dance. With Hollywood already in mind, I wrote music for anything I could get my hands on: documentaries, short narratives, student films, animations, theater shows, company image-films… And I was a true nerd- I submitted two versions of (almost) every school assignment, and took additional classes that weren’t in the syllabus.

In 2014, I moved to Los Angeles, to attend USC’s prestigious film scoring program, where they only admit 20 of the most talented people on earth each year. This course is the most rigorous thing you can imagine – much more than my military service, if you ask me! With an all-nighter approximately once a week, my Israeli ‘Wonder Woman’ training and work ethic became handy: on top of the crazy class schedule, weekly studio recordings, working on 15 students films and remote work for outside clients, I gave a new definition to the word “stamina”.

I have been working non-stop ever since. Always saying “Yes”, with a smile, even if that means working at 3am, has lead me to develop a busy career as a composer. I completed over 110 projects, including 10 feature films, documentaries, shorts, an Israeli network TV series and video games. I currently work a dramedy feature and a documentary feature, and have several projects slated for 2019. Not a Marvel movie yet- but I know that’ll happen too, someday!

We’re always bombarded by how great it is to pursue your passion, etc – but we’ve spoken with enough people to know that it’s not always easy. Overall, would you say things have been easy for you?
Even though the road included moving continents, it was easier than it I thought it would be…. Surprisingly, my biggest challenge so far is finding a balance between my career and my personal life. When you get to work on many projects you’re passionate about, sometimes, often around 2am, your mind wonders whether it’s time for bed, or maybe just finish composing that last cue of reel 4?

So much work? It wasn’t always like that. Starting out is always tricky, and in my case it also meant leaving my family & friends behind and moving to the other side of the world where I knew nobody in the industry. Obviously, not an ideal starting point for a young composer in Los Angeles. But here’s a thought: Any creative individual takes a risk just by following their passion. Statistically, how many composers become A List composers? (And to add the popular Hollywood’s-lack-of-diversity topic to the discussion: how many of these composers are women)? The odds of success are quite low to begin with -so, it’s already a struggle from the get-go. Or… is it?

I’ve never labeled anything as an “obstacle” or a “struggle”. Instead, I always call it a challenge – a word with a positive meaning. Challenges enable you to rise to new standards; Leave your comfort zone; Think differently, outside the box; Come up with extraordinary ideas and solutions. Be bold, brave, and unique. Find a way. Become the best. Like most creatives, sometimes I wasn’t hired on the gig I hoped for; some collaborations are trickier than others; and deadlines can be stressful; but I always keep in mind that I can do this. I’m already doing it.

So let’s switch gears a bit and go into the Nami Melumad – Film Composer, HER Scores story. Tell us more about the business.
Having composed and produced music for over 110 projects, at age 29, my body of work is pretty much an unprecedented achievement to any young composer in Hollywood. I write instrumental music in almost every genre possible: orchestral, indie, jazz, ethnic… About two months ago I completed a Kenyan narrative feature- with African and Middle Eastern musical elements in it. Right after it, I co-scored a TV movie that has a Latin flavor, and now I’m composing a dramedy where the score is a mixture between impressionism and indie rock, and a drama with a piano and strings based score. I feel comfortable writing in different genres, because music is music, and storytelling is storytelling – and these are universal languages. When you listen while you write, the music will tell you where it wants to go – and it’ll write itself, whether it’s a thriller, drama, comedy or action.

Music in films is almost like a superpower, like a magic ingredient that helps telling the story. It can set up a mood, shift the narrative, provide a different point of view, or simply glue together scenes… It has a lot of manipulating power. I work collaboratively with filmmakers to achieve a score that will complete their vision and serve as a character on its own in the movie: Some notable projects I scored include ‘Miss Arizona’, written and directed by the very talented Autumn McAlpin, follows a former pageant queen on an all-night escapade with four unlikely friends she meets while volunteering at a women’s shelter. It won Best Feature at the Bentonville Film Festival this year.

Another movie that is coming out soon is ‘The Adventures of Thomasina Sawyer’ (executive producer James Franco) – the Tom Sawyer story adapted to spotlight a girl instead of a boy as the lead. I also scored ‘Church and State’, a documentary by stellar filmmakers Holly Tuckett and Kendall Willox, about the lawsuit that brought same-sex marriage to Utah. It was just released after a successful local theatrical run in Utah. ‘This Day Forward’, a family drama wonderfully directed by Brian Ide, is another movie I’m proud of. The score was nominated for a Hollywood Music in Media Award for Best Indie Feature Score. Luminarias, a short animation film, also received much recognition after winning Best Short Score out of 908 scores at the Fimucite film-music festival. Other projects include scoring a network TV Show in Israel (‘The Big Nothing’, brilliantly created by Nir Berger); contributing music to the latest PSA campaign of the American Parkinson Disease Association and more.

Has luck played a meaningful role in your life and business?
I’m very fortunate and grateful for both my career path and my personal life. In my opinion – it’s more about positive energy than luck. The universe mirrors what you project. If you spread happiness, smiles and love… if you project confidence and success- you’ll receive all of these things.

An interesting perspective that I can share, is… you know how they always say that you have to be at the right place, at the right time? What people often forget, is that you also have to be prepared. If the opportunity shows itself- and you’re not prepared… well, it becomes a missed opportunity, that isn’t likely to knock on your door again. Be prepared! 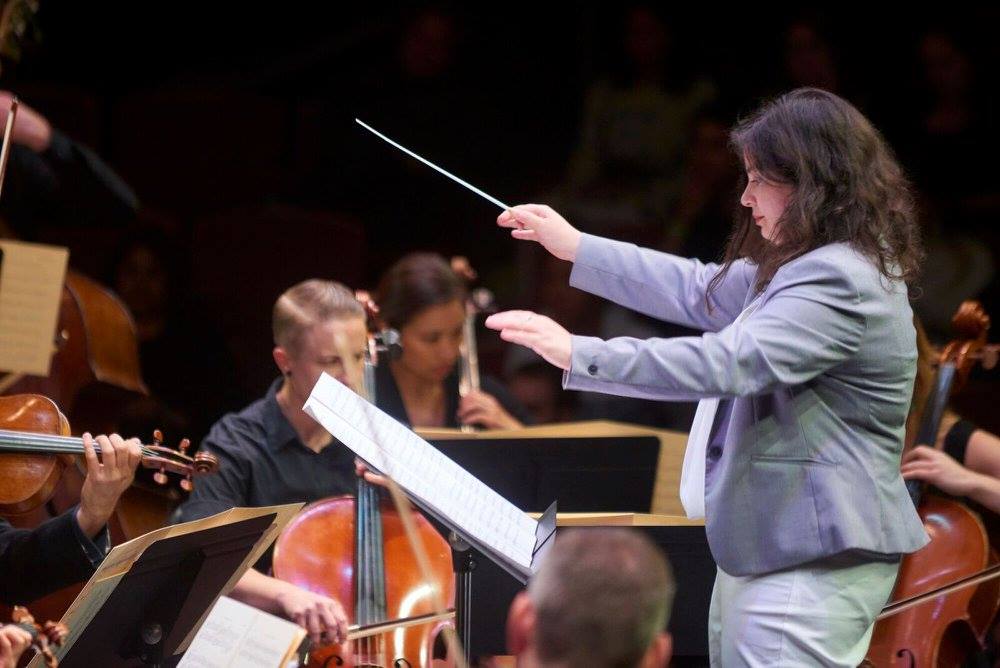 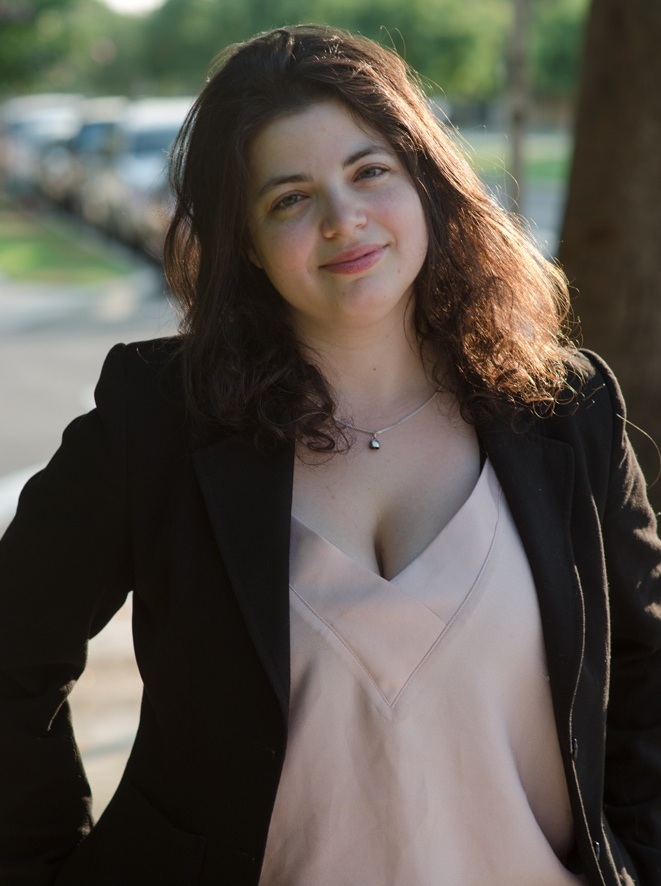 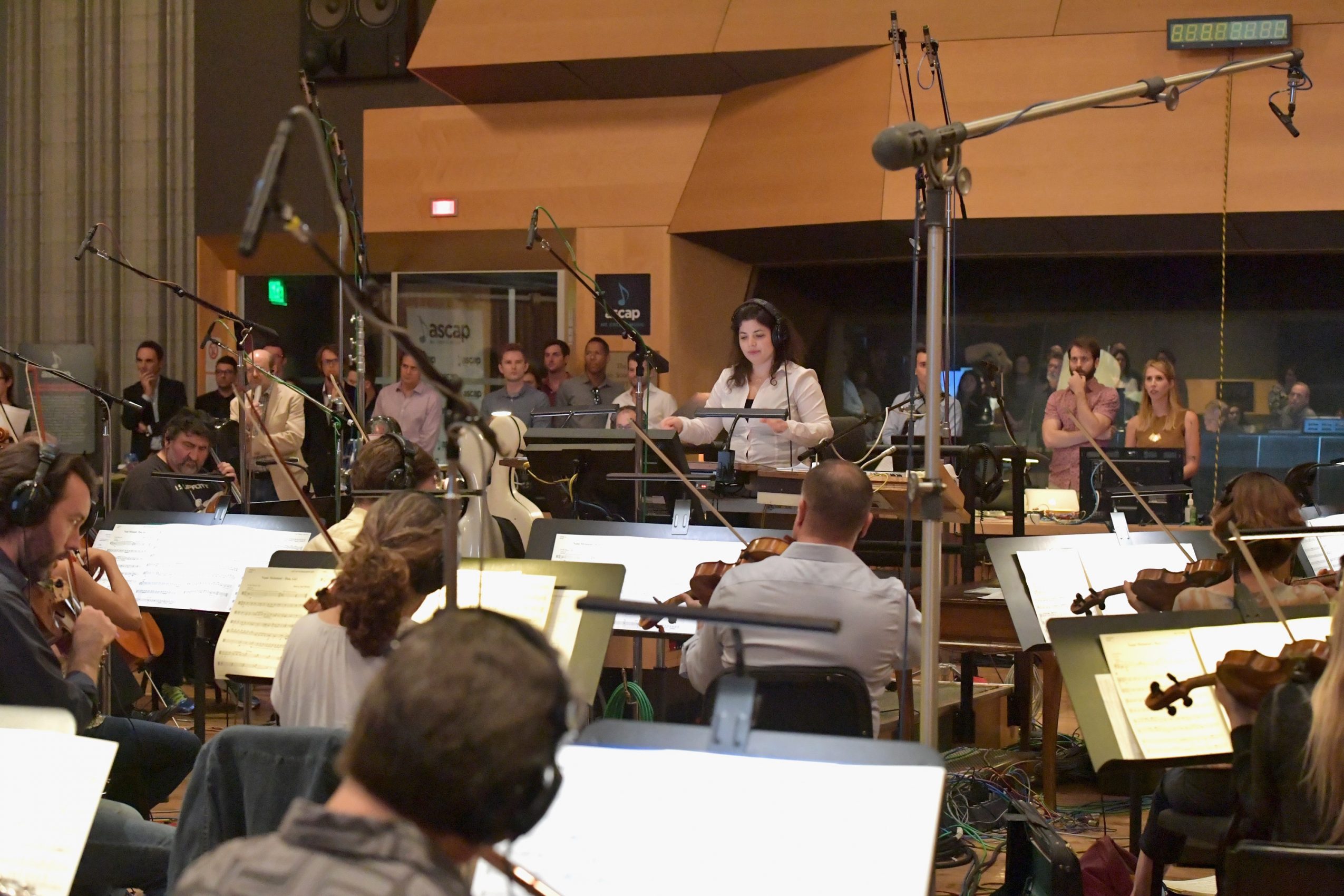 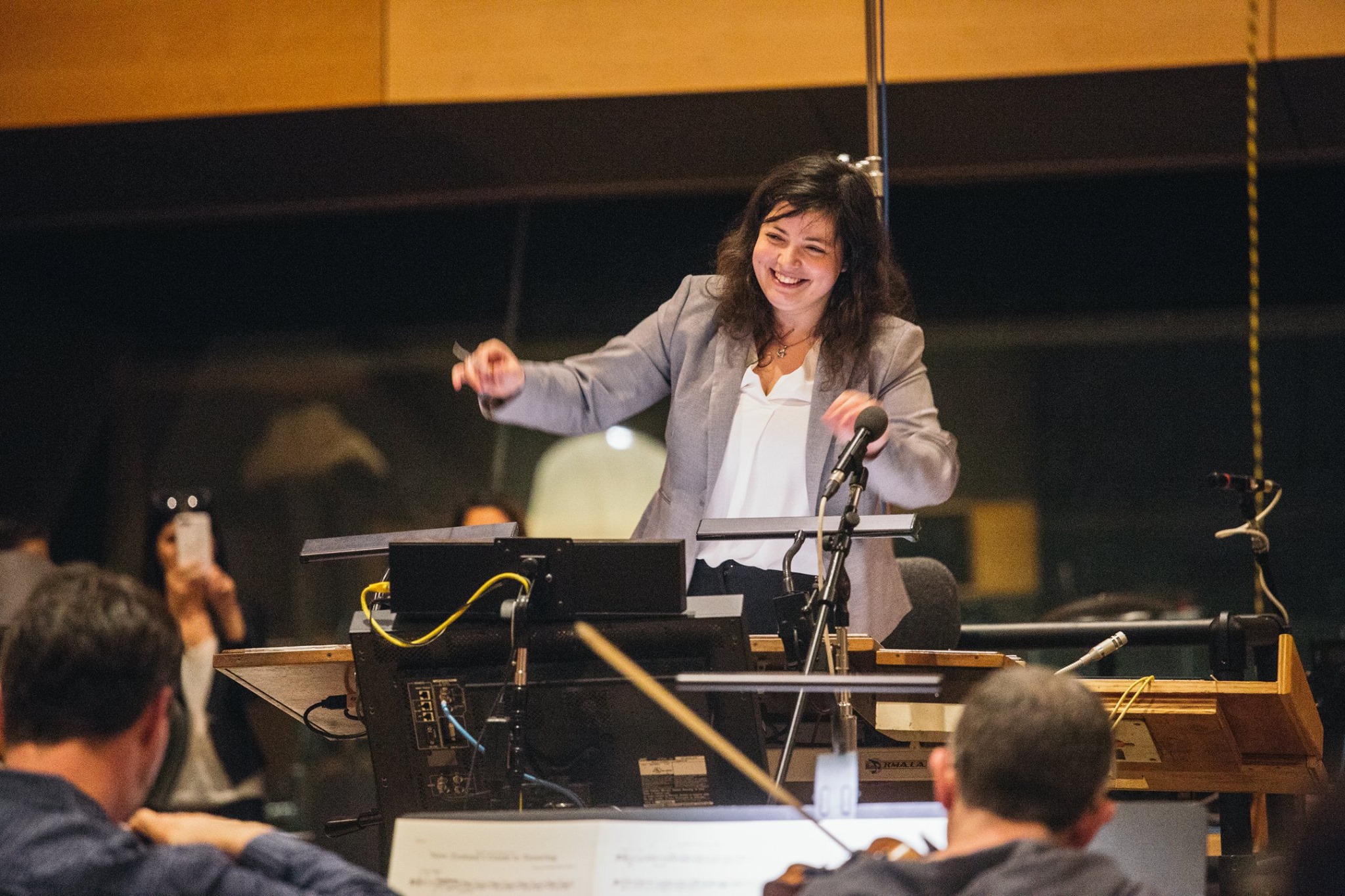 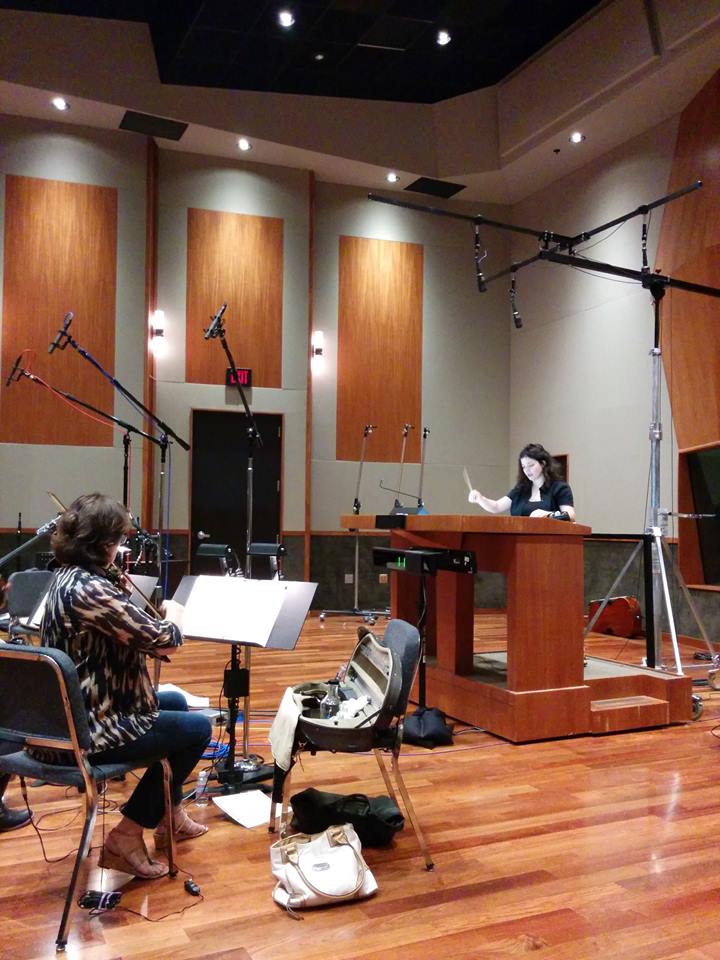 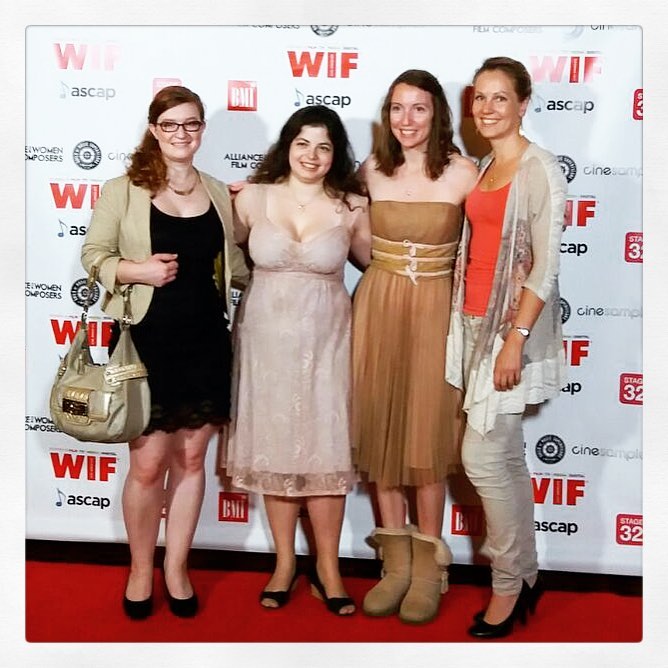 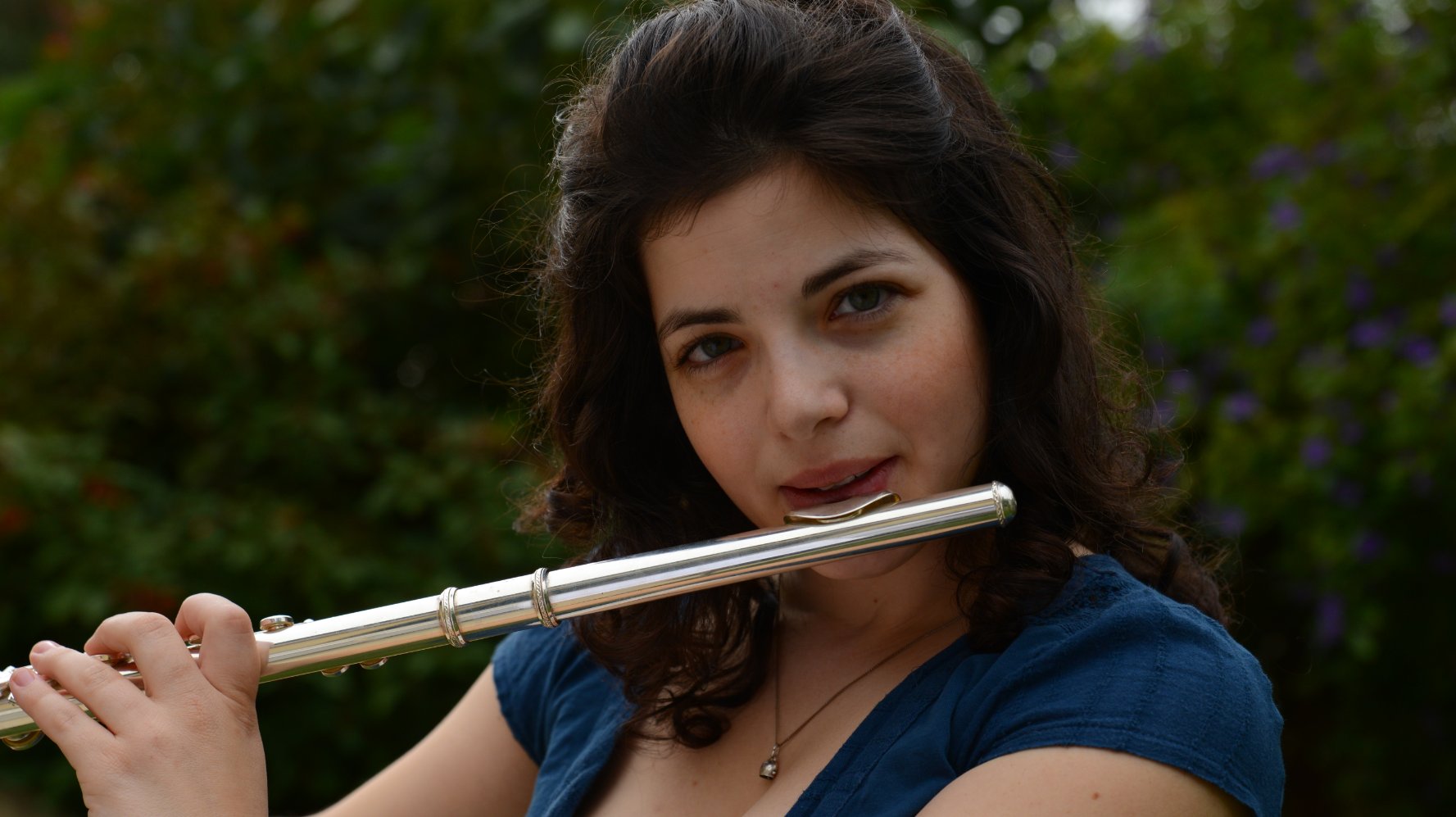