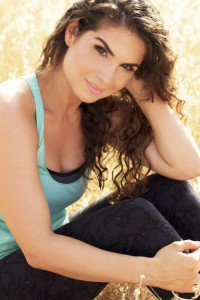 Today we’d like to introduce you to Monia Ayachi.

So, before we jump into specific questions, why don’t you give us some details about you and your story.
I come from a mixed background. I was born and raised in Belgium, my mom is Belgian and my dad is Tunisian. I always had a passion for the entertainment industry, and ever since I can remember, I always wanted to be a performer. I started playing the piano at four years old, took singing lessons, drama lessons, and went to the conservatory for singing and drama.

I come from a well-educated family where everybody got a college degree, or two or three, so when I said: “I’m going to move to Los Angeles and be an actress and a singer”, my parents were speechless. I reminded them I always had said that, but they thought I would outgrow it. I guess I never did.

So I moved to Los Angeles, at a really young age, and without knowing a single soul here. I went to school for acting and started my journey. I was lucky enough to be on TV a few times and be in different films. Acting and singing are my passions, but because they are so inconsistent, I had to find something else I would also love and so I fell into producing, Voice Over, writing and directing.

When people ask me: “What do you do?” My response is always the same: I’m an actress/singer/director/producer/VO artist/writer. And I often get: “Oh, you’re one of THOSE”. I am proud to be all of the above. I have been paid for all of the above, so yes, I am all of those. 🙂 I worked for NBC Universal as a producer and host for E!News International, I am the dubbing director for “Unit 42”, a Belgian TV series that came out on June 14, 2019 on a major streaming platform and I have more directing projects coming up through EV, I wrote (adaptation) for multiple series that are/or will be on a major streaming platform shortly, I do a ton of VO work, I am going to be a character in a major video game that is coming out this summer, so that’s super exciting! And I sang the theme songs for different video games and cartoons, in French and Spanish. I am also a travel host. My life is a lot of things, but boring isn’t one of them! I think that sums up the story of Monia! 🙂

We’re always bombarded by how great it is to pursue your passion, etc – but we’ve spoken with enough people to know that it’s not always easy. Overall, would you say things have been easy for you?
Oh boy! What’s the opposite of a smooth road? Let’s call my journey “A gravel road in the middle of a snowstorm, while an earthquake is happening and a tornado is approaching rapidly”. If you don’t have a strong head on your shoulders, this business will eat you alive. Acting wise, my biggest struggle has been that I can’t be defined. I am half Arab and half white. So I’m either too Arab to be white, or too white to be Arab. I am what they call “ethnically ambiguous”, which is code for “WHAT THE HELL IS SHE?!”.

To add to the confusion, I speak a few different languages, so they really don’t know what to do with me. People tell me that’s what will set me apart, and I believe it. Well, I have to believe it! Outside of acting, my struggle has been the fact that I am young. I have to constantly prove myself. I get a lot of: “Oh you’re just a baby”, “You’re so young!” “You’ll know when you grow up”. “You might be too young to do this job”. I knew age discrimination was a thing with older people, but this has taught me that it exists the other way around too. But hey, never underestimate a Euro-Arab woman. The more people doubt me, the more I want to prove them wrong.

We’d love to hear more about your work and what you are currently focused on. What else should we know?
Honestly, what makes me proudest and happiest out of everything I do is the fact that I get to volunteer for this extraordinary organization called “The Art Of Elysium”. I go and sing in hospitals and live in facilities, to kids and adults who are in need of care. I’m not a doctor, so I can’t help them in that way, but I am fortunate enough to be able to bring them a bit of joy through music. And that’s everything. I typically sing princess songs to the kids so they’ve nicknamed me “Moana”. Sometimes, the only reaction I get, depending on their condition, is a heart rate increasing, a blink of an eye or a hand movement. It lets me know they’re listening. It’s difficult to describe, but it’s the most amazing feeling to be able to do that for someone. Music has magical powers.

I am of course proud that I get to work for big fish like NBC, ABC, a major streaming platform and so on. I also teach workshops to future writers/adaptors on how to use an amazing dubbing software called “VoiceQ” for lip sync dubbing. And I am proud that my films did and are doing well in the festivals. (“Ignofear” and “For The Love Of Hate”). They both won first place at the audience awards at the California Women’s film festival, in 2017 and 2019. I am proud to have hired a multi-ethnic cast and crew for both my films. I think there needs to be more of that in Hollywood. I only make films that have a strong message. I think when something pisses me off, I decide to make a film about it! I’m very touched by intolerance and racism, probably because I’m a mut myself. My great-grandfather was in a concentration camp during WWII and my dad’s side of the family is Muslim. So when I say I’m a mut, I ain’t joking! What sets me apart? Maybe the fact that I am so multicultural, and that I speak multiple languages (French, Dutch, Spanish, Arabic (Tunisia) and Portuguese). I am a Jack of all trades, so I am able to do a lot of different jobs and do them well. I know how lucky I am to get any job. In this town, when you work, you’ve beat out thousands of people who wanted the job you have. So I give it my all, every single time. And my hair, definitely my hair 🙂

What were you like growing up?
I felt like this question should be answered by my mom, so I asked her. Here is what she said, “Monia was smart, sweet, funny, straight A student, talented, loved music and performing, sociable, incredibly stubborn, determined, always found a way, athletic”. She jokes that I was an easy child but drove her crazy once I grew up. I think she’s just mad I left her in the rain in Belgium. I am really close to my mom. I grew up with an older sister who I thought was the coolest thing around. It was me, my mom, my sister, and my dad. I had a great group of friends that I am still close to today, even though we have an ocean between us. I’ve always loved performing and creating. I started writing music and songs when I was a young teenager. I was a bit of a tomboy, always outside, climbing, riding my bike, doing gymnastics. I still do handstands all around LA. I think I am just an older version of who I was when I was little, I’ve always been true to myself. I’m just a tad taller now. Just a tad, I’m a tiny little thing hovering over nobody at 5’2″! 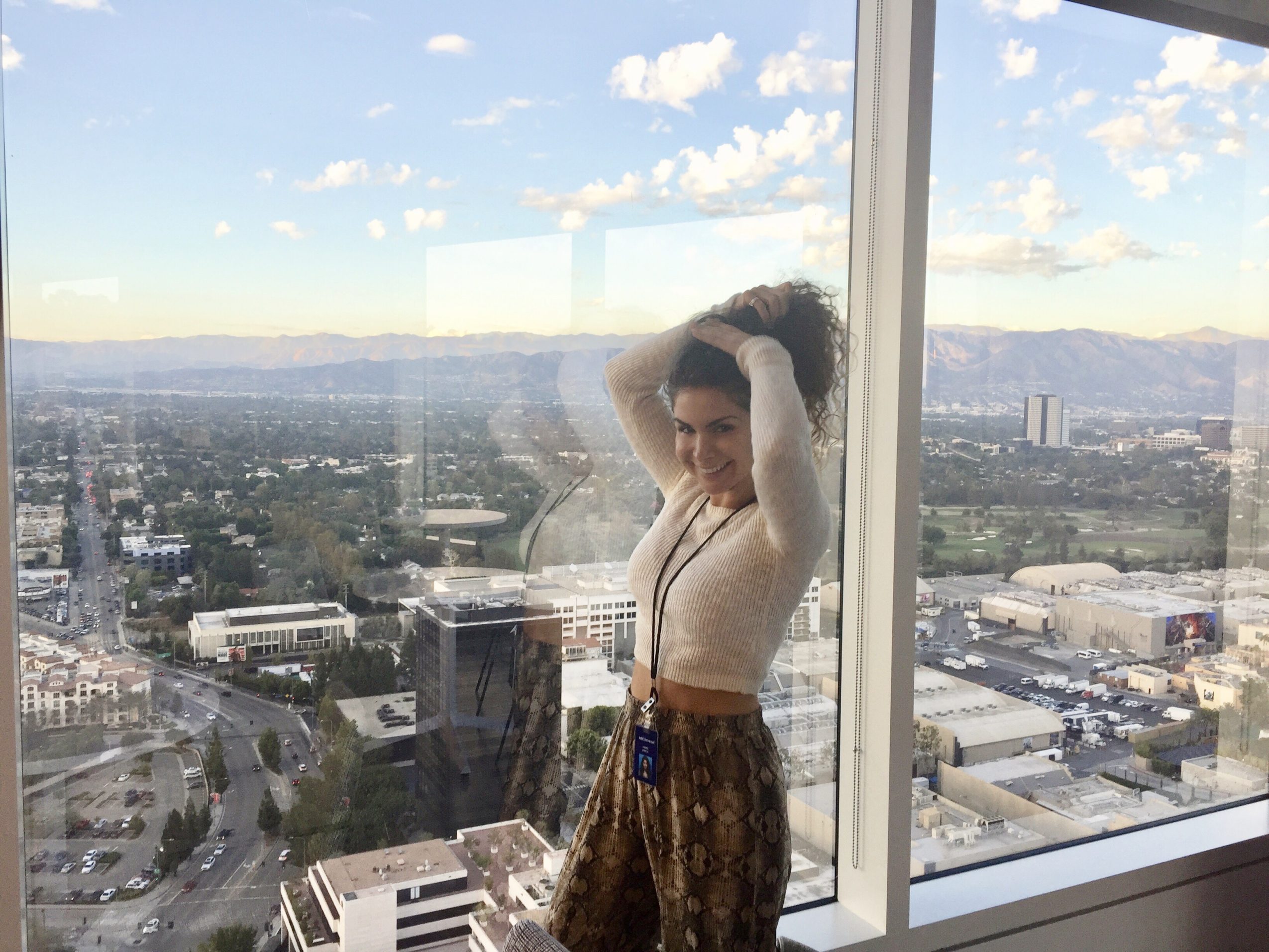 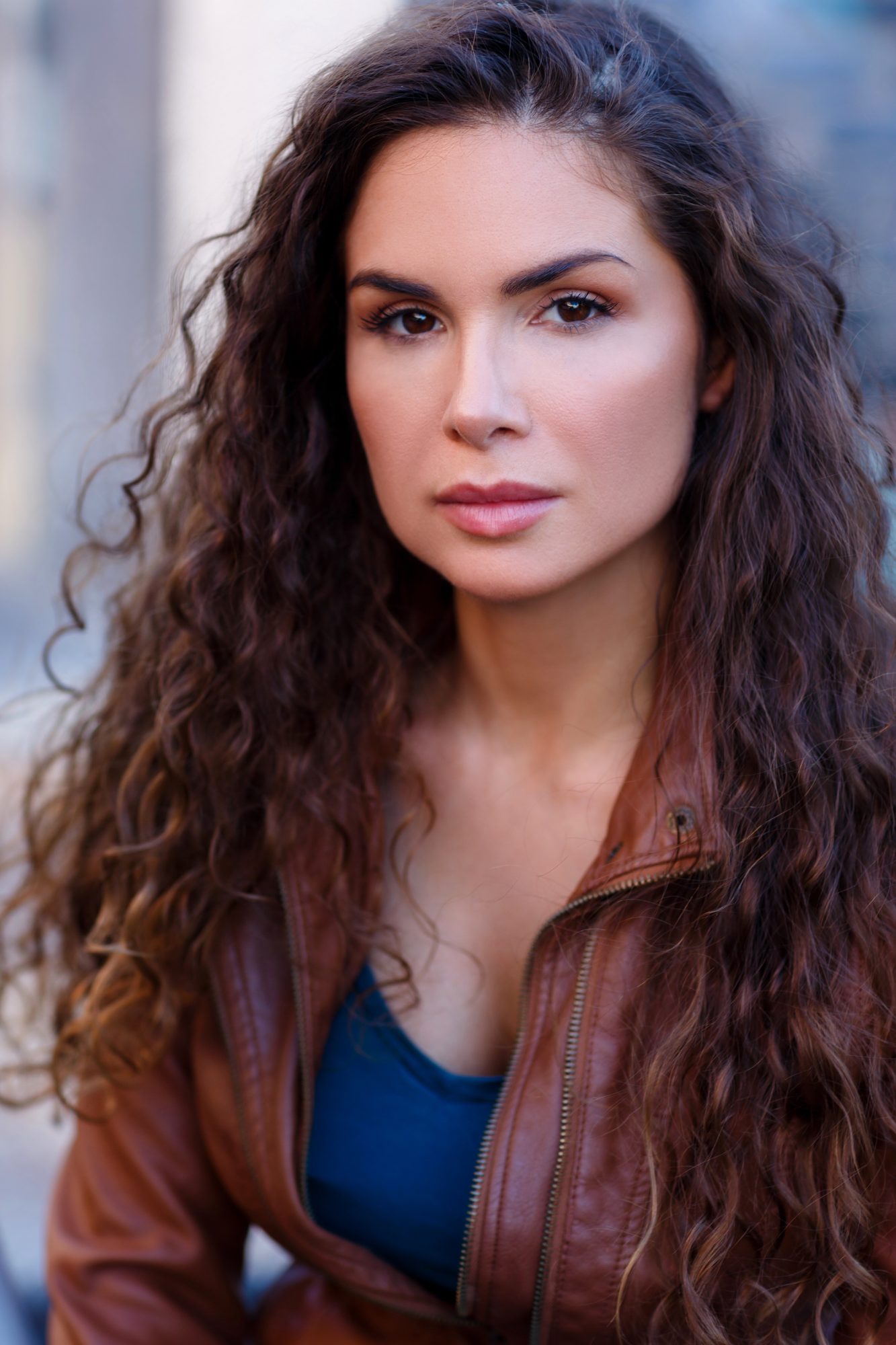 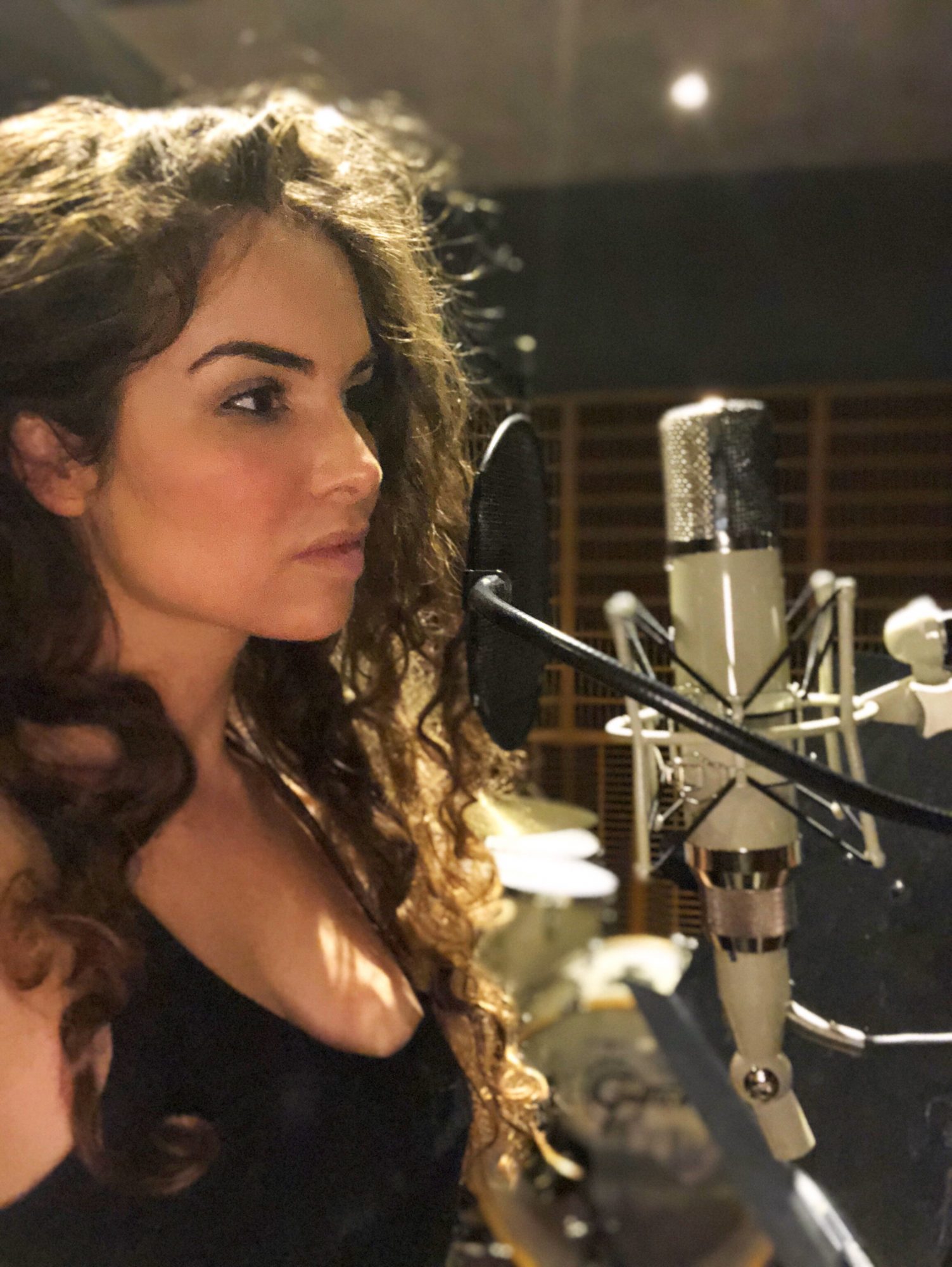 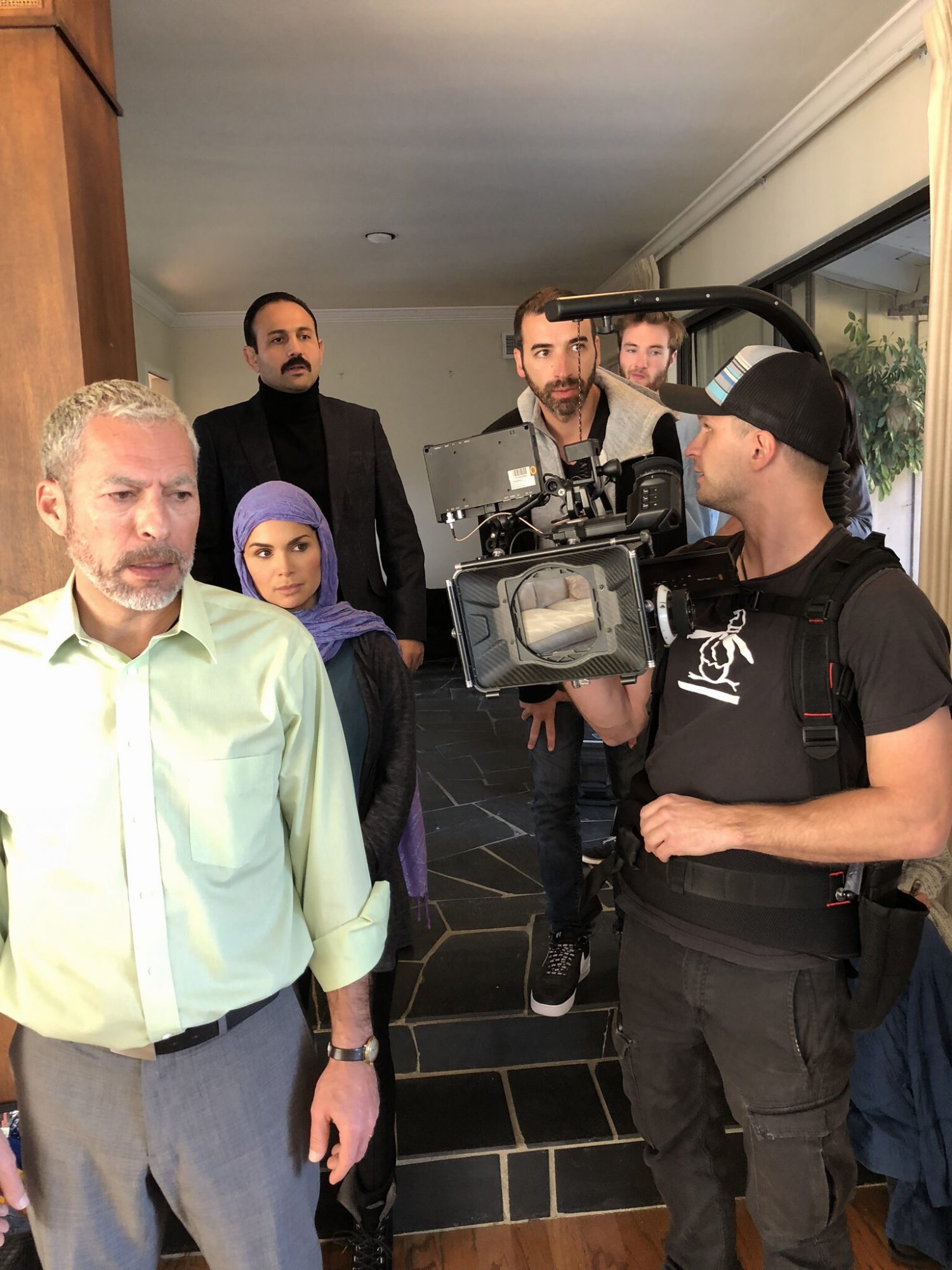 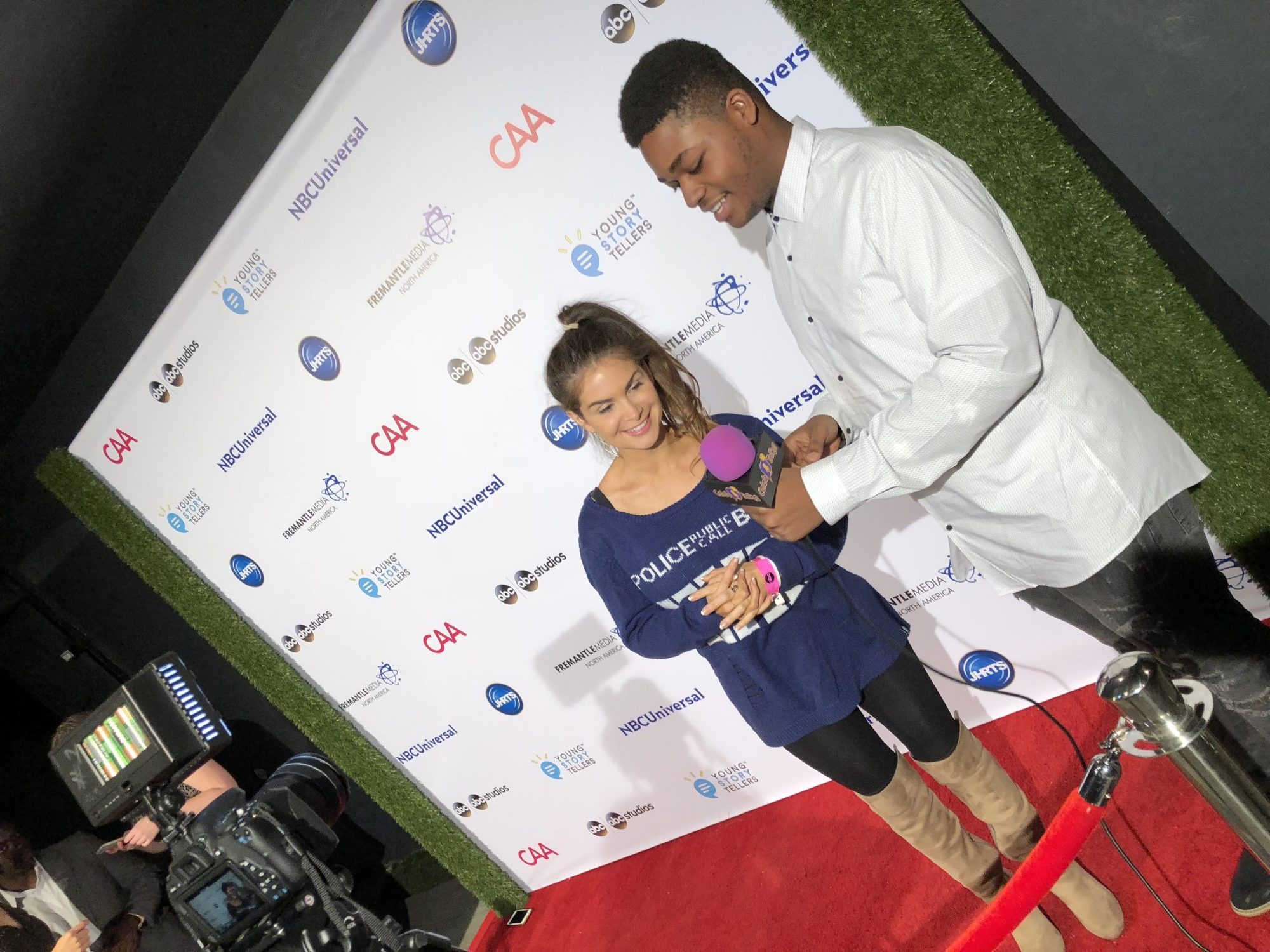 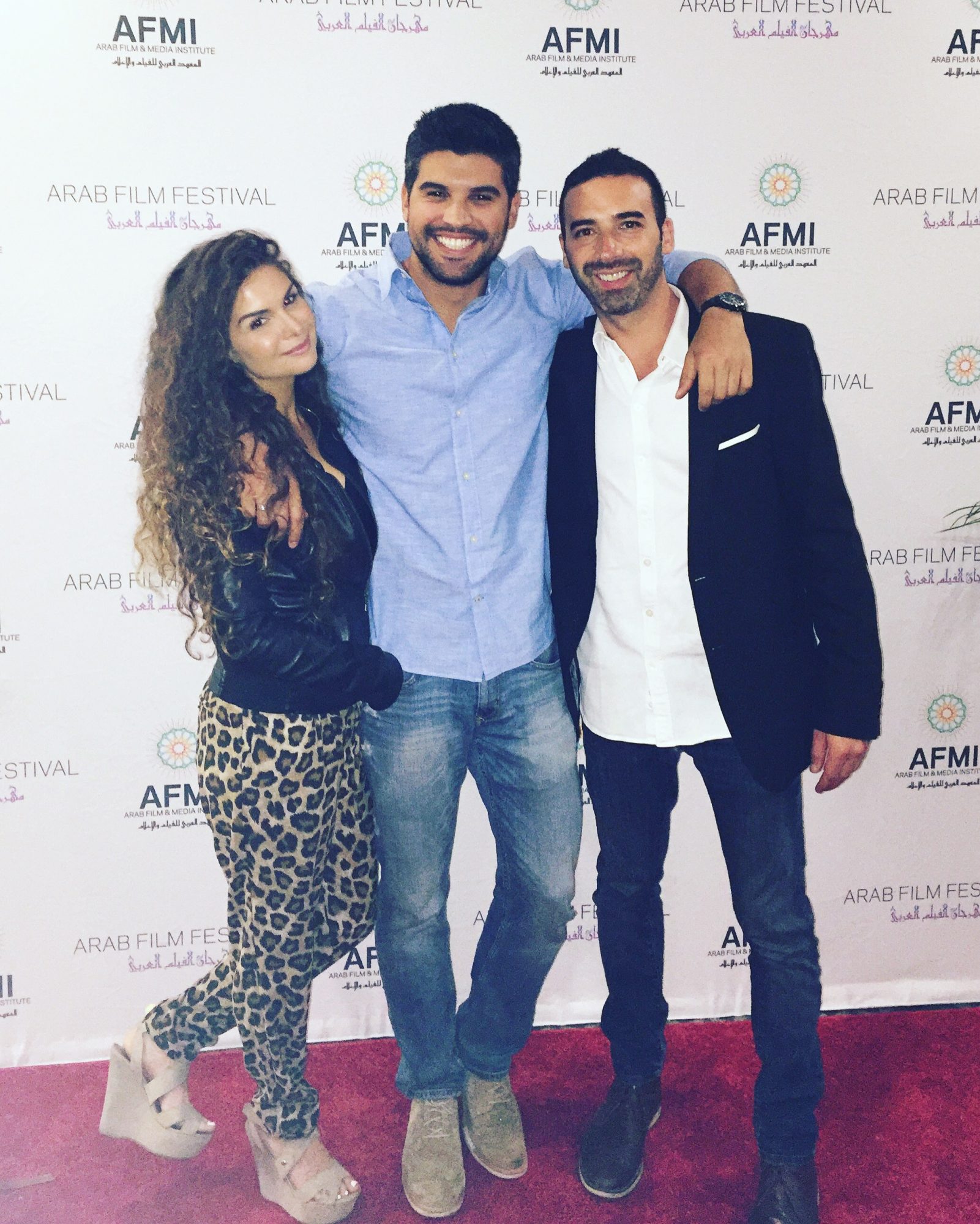 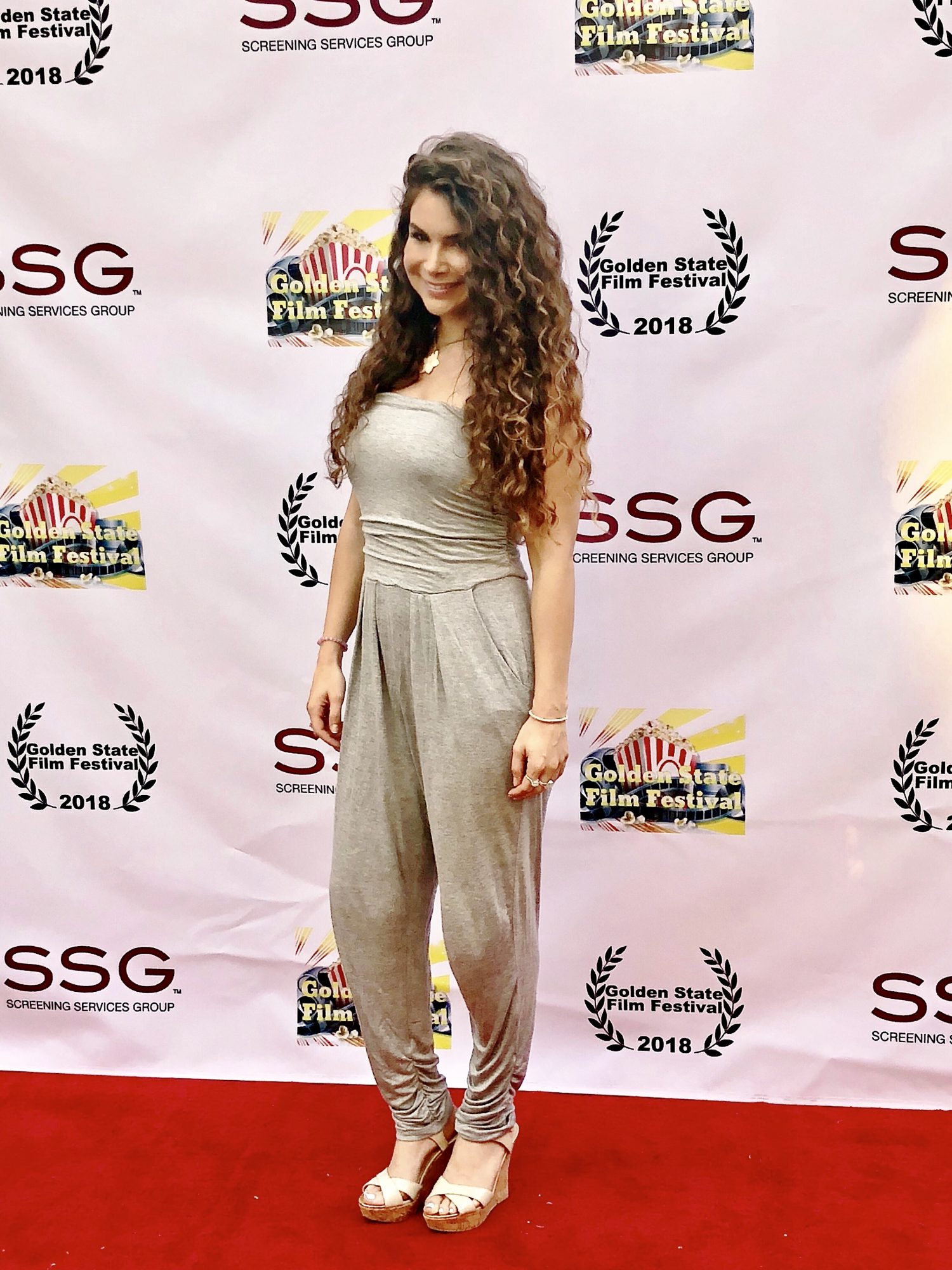 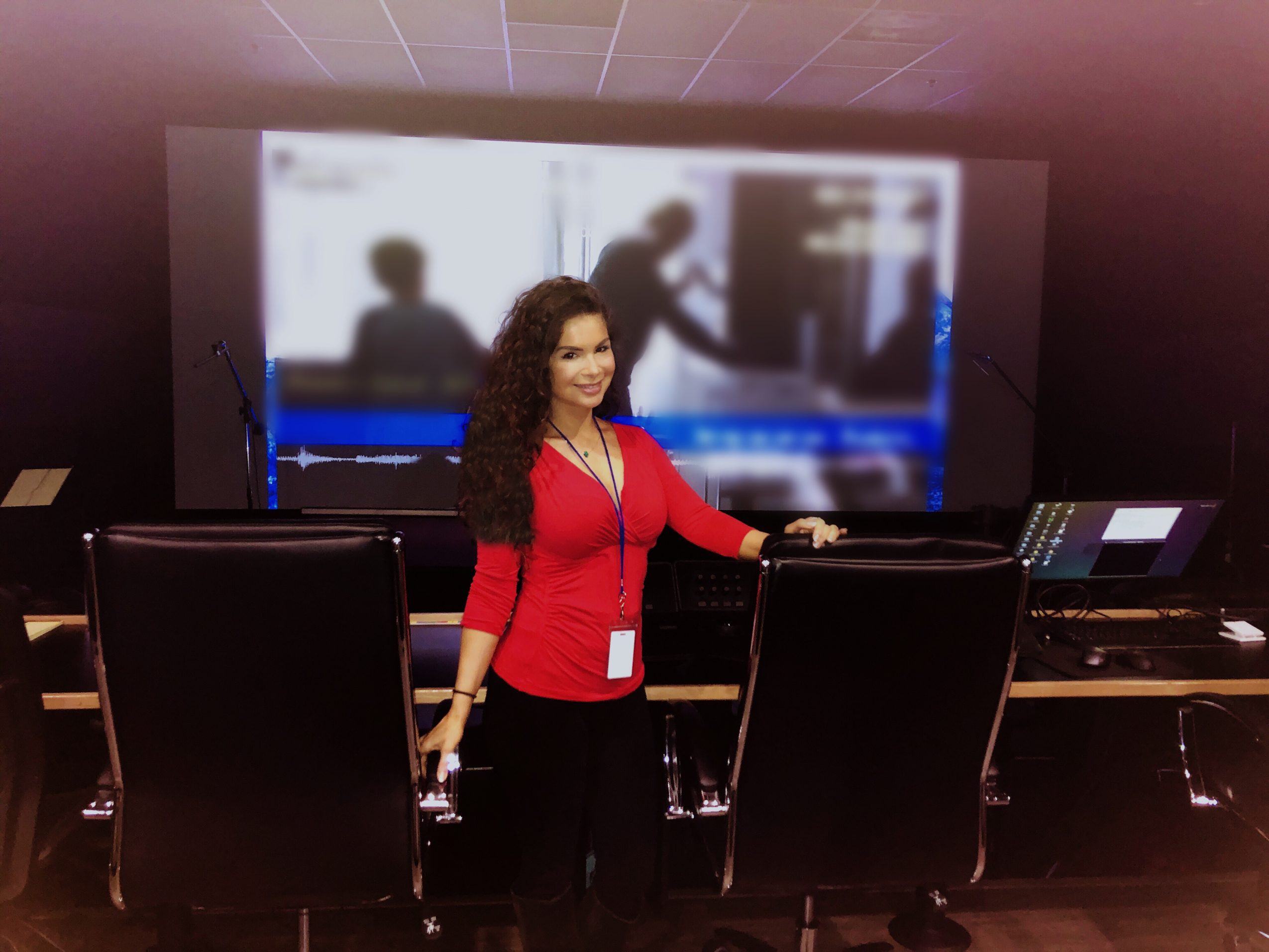