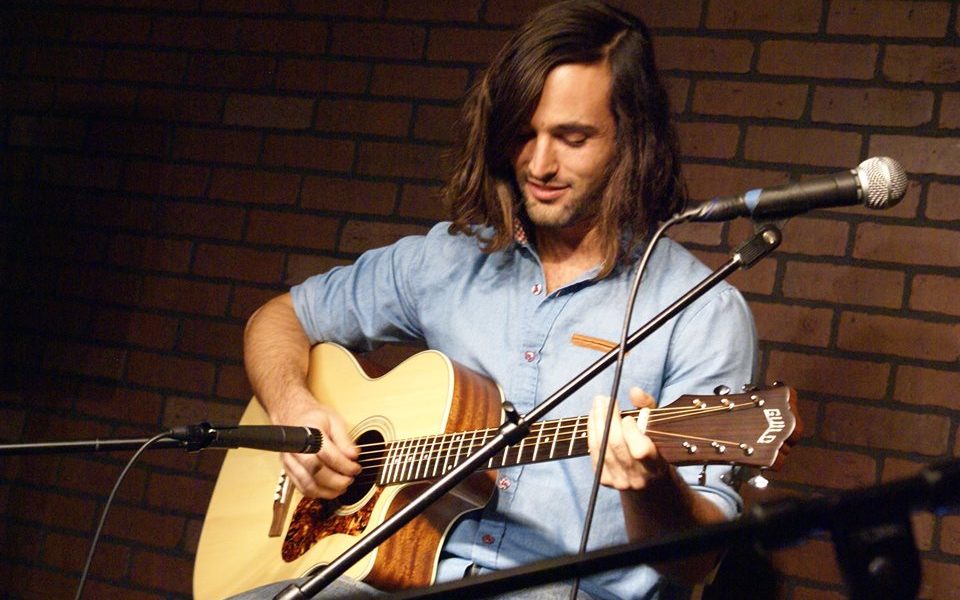 Today we’d like to introduce you to Mitchell Manburg.

Mitchell, let’s start with your story. We’d love to hear how you got started and how the journey has been so far.
I started playing guitar at age 8 and spent my adolescent/teenage years learning just about every classic rock song from my guitar mentor, Dave Rude (Tesla).  While studying at the University of Arizona, however, I began going to shows in Tucson and discovered contemporary indie music. With a widely versed group of friends I became exposed to all genres of music and soon found myself busy playing in bands, scoring student films, and performing in ensembles.

Upon graduation in 2013 (and after a life altering summer working in an Alaskan fish cannery), I returned to the Bay Area and became artistically curious about my own songwriting.  I adopted a “learn by doing” mentality while studying lyrics, vocals, and songwriting. I formed an experimental folk-rock band, Case Hop Tally (named after my job title in Alaska), which I used as a way to explore my music, the industry, and ultimately, myself.

After two years I decided to push my music ride further by enrolling in a guitar performance program at Musician’s Institute in Hollywood. It was an amazing experience but unfortunately had a financial wrench thrown into my plan. I had to drop out midway through and then really ask myself, “What the heck do I do now?” It was a very lonely and doubtful period but I decided to stick it out in LA. I was running concerts at Counterpoint Records, being called on for gigs by music school friends, and after some soul searching, began writing again.

With time and focus on studying and writing my next concept EP, Siberia, (and with help from the Songwriting School of LA) things began to fall into place. I landed a job, a place to live, and most of all – a new band. For two and a half years now I have been playing guitar in an ambitious electro-soul band, Gold Shimmer, alongside Jeff Venter and Artyone Turner. This group has been an exciting new endeavor that has enabled me to continue exploring my sound and style as we reach new heights! I have also begun teaching guitar professionally which has been a rewarding experience sharing music with those who are eager to learn.

Has it been a smooth road?
Of course not! A few years ago I wrote a personal mission statement to help me stay the course through challenging times. This is an excerpt from a section entitled, “Rules of Practice”:

“Frustration, discouragement, discomfort, distraction, and self-negating thoughts are to be expected. Blocks, delays, obstacles, and U-turns are guaranteed. Use of deep breaths, inspiration, positive affirmations, and regular breaks will help me to stay on track and do my best. Recognize and reward accomplishments; learn from failures what to do better next time. I am never too good to ask for help.”

Specifically, I have struggled most with my voice, lyrics, and making myself vulnerable. Those are difficult for anyone who dares to take on the challenge. Several times I have taken out my savings and loans for sake of music after I worked hard to pull myself out of debt. It’s terrifying!

As the wise Peanuts character, Schroeder, once said, “The joy is in the playing.”

So, as you know, we’re impressed with your music – tell our readers more, for example what you’re most proud of and what sets you apart from others.
The music that I release becomes like a photo album.  I listen back to old lyrics and songs and hear what was on my mind at the time.  I hear where I was in my music development and who I was influenced by. Life is the greatest thing in and of itself – music (and art) is an honest way of capturing and sharing that experience.  I am most proud not of any one accomplishment, but to just be “doing it” period.

I differ from other musicians in that when I compose I think of myself more of a painter, actually.  What is focus of my painting? What textures, strokes, color palette am I using? I think of every note, song, and lyric I write as another added layer of meaning.  Every bit of the song has intention and tells a piece of the story.

I differ from other musicians in that music to me is a means to a greater expression – it is the human experience of the artist that I am ultimately after. The best musicians are the ones who first and foremost know how to connect with their audience and deliver a message in every single note. That is what is all about.  I hear many musicians show off their originality or popularity or their knowledge of theory or how fast they can shred or how much attention they attract – all of which to me is fine and well but can be hollow without any purpose.

Let’s touch on your thoughts about our city – what do you like the most and least?
I love LA most for the creative freedom I feel here. I don’t feel like I have to explain myself to Angelinos – respect is earned through hustle and originality. I can be comfortable in my own skin, I can try on a new style without judgment. With so many artists the city is catered toward nurturing creativity. People here are inspired and have interesting stories. LA is an extroverted and lively city!

It is so large though that it can feel isolating. I wish the air were cleaner and I wish it were easier to get away from civilization. It can definitely be a bubble and I wish I didn’t have to sit in traffic for hours to escape it. 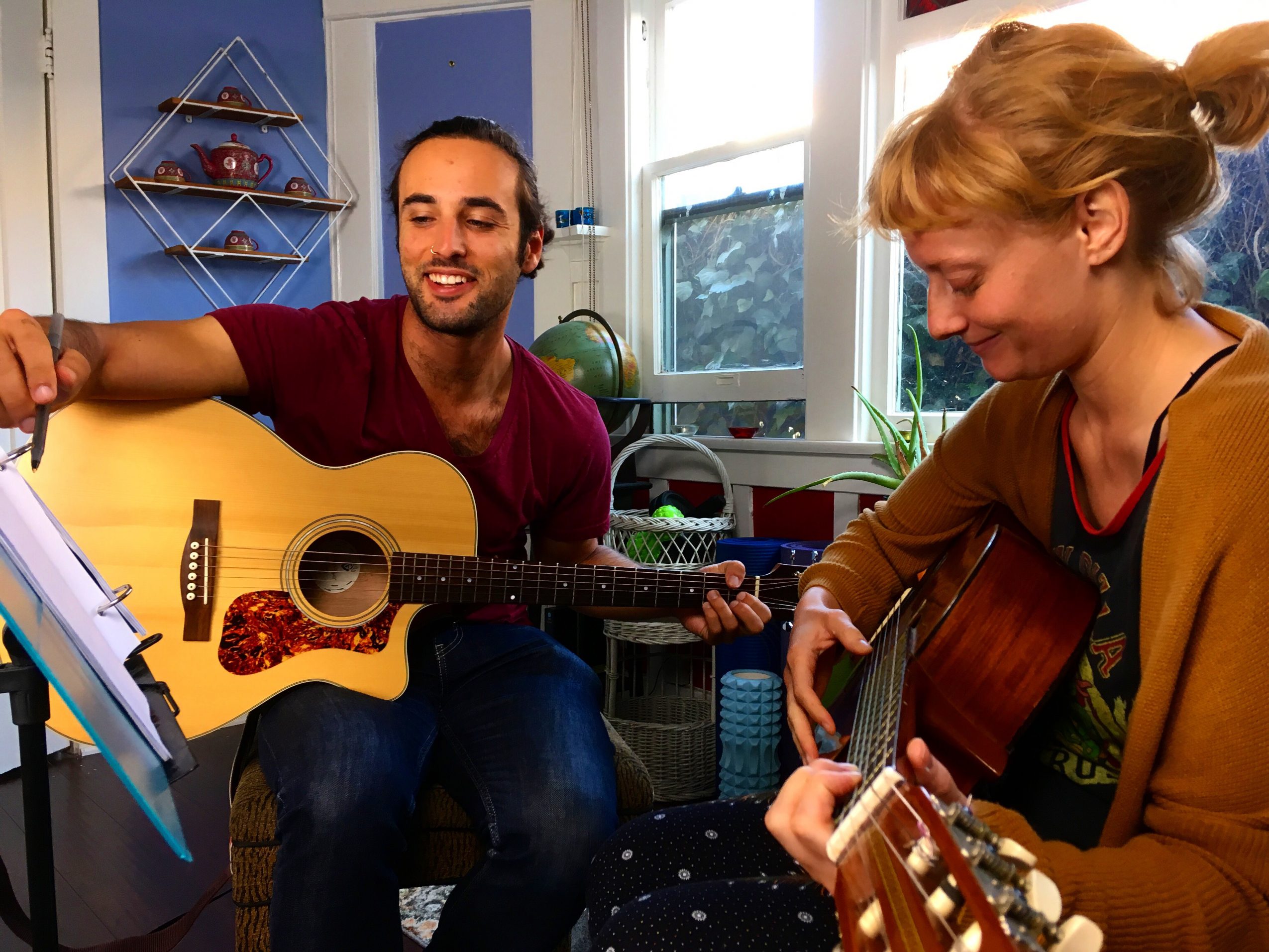 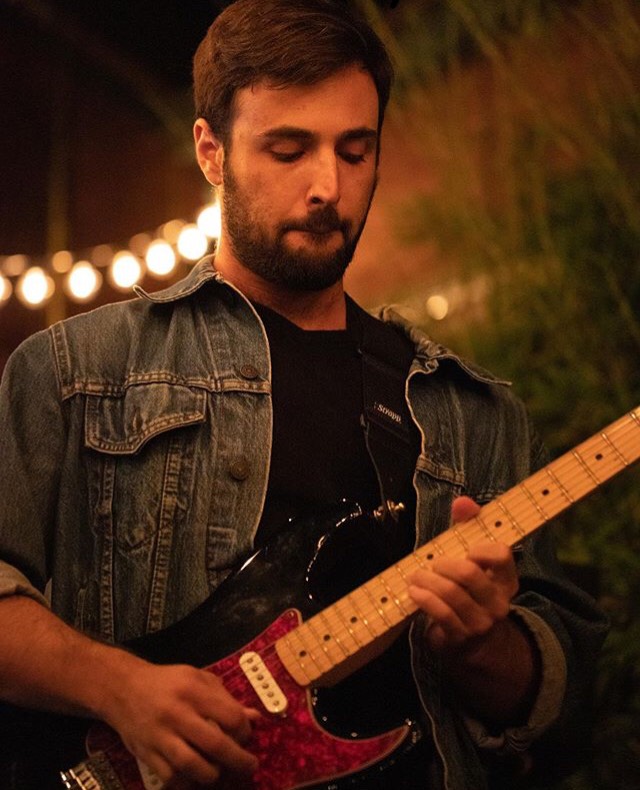 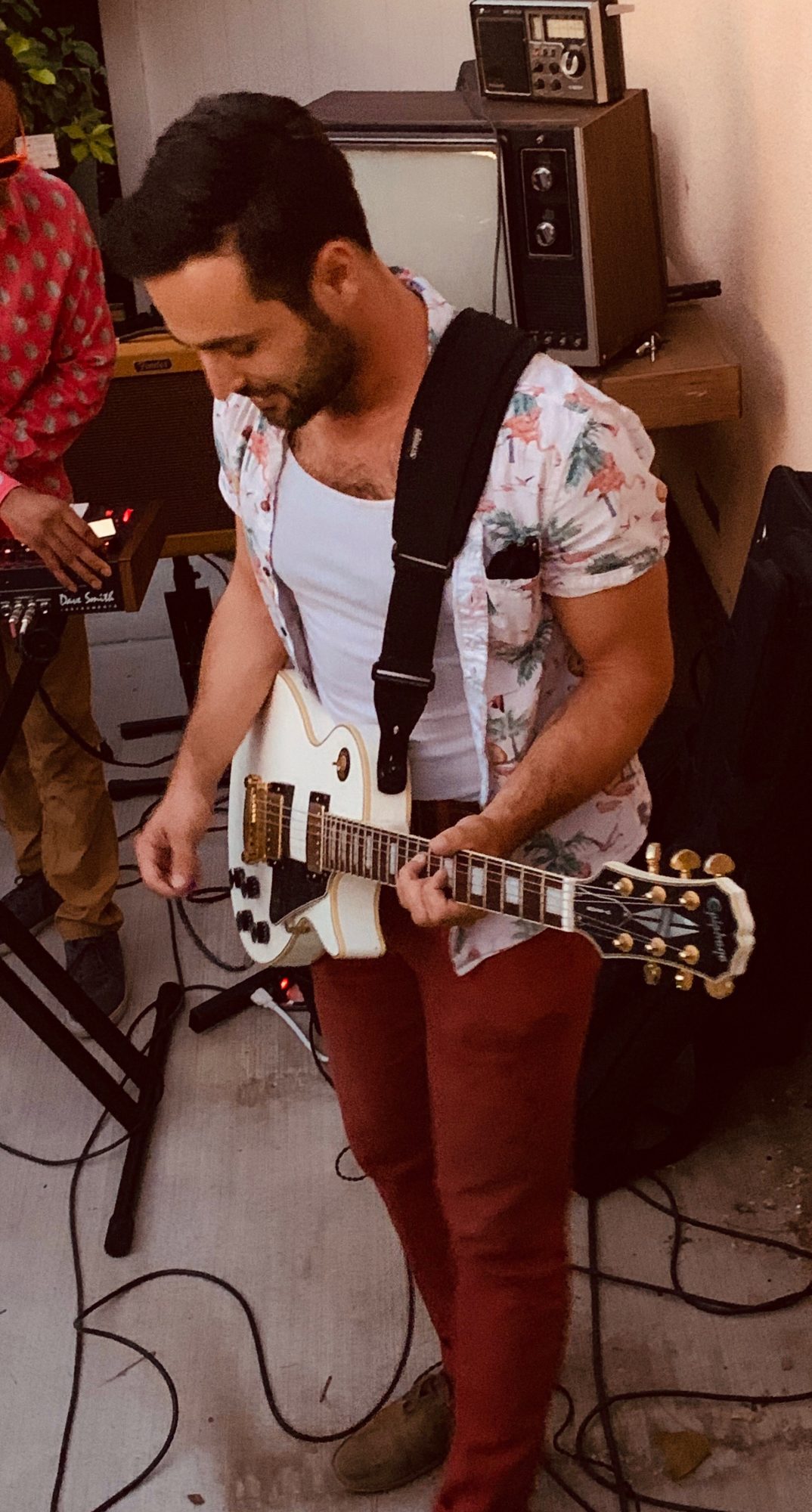 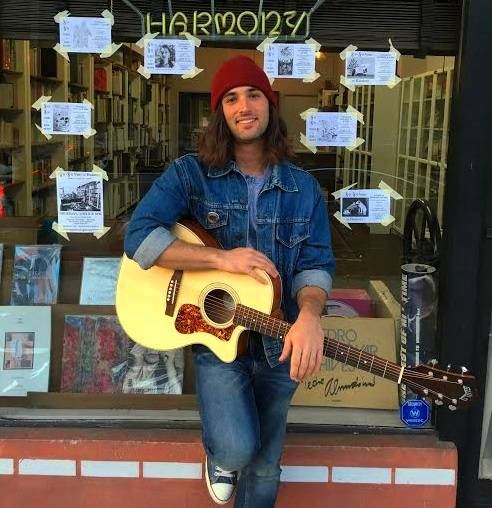 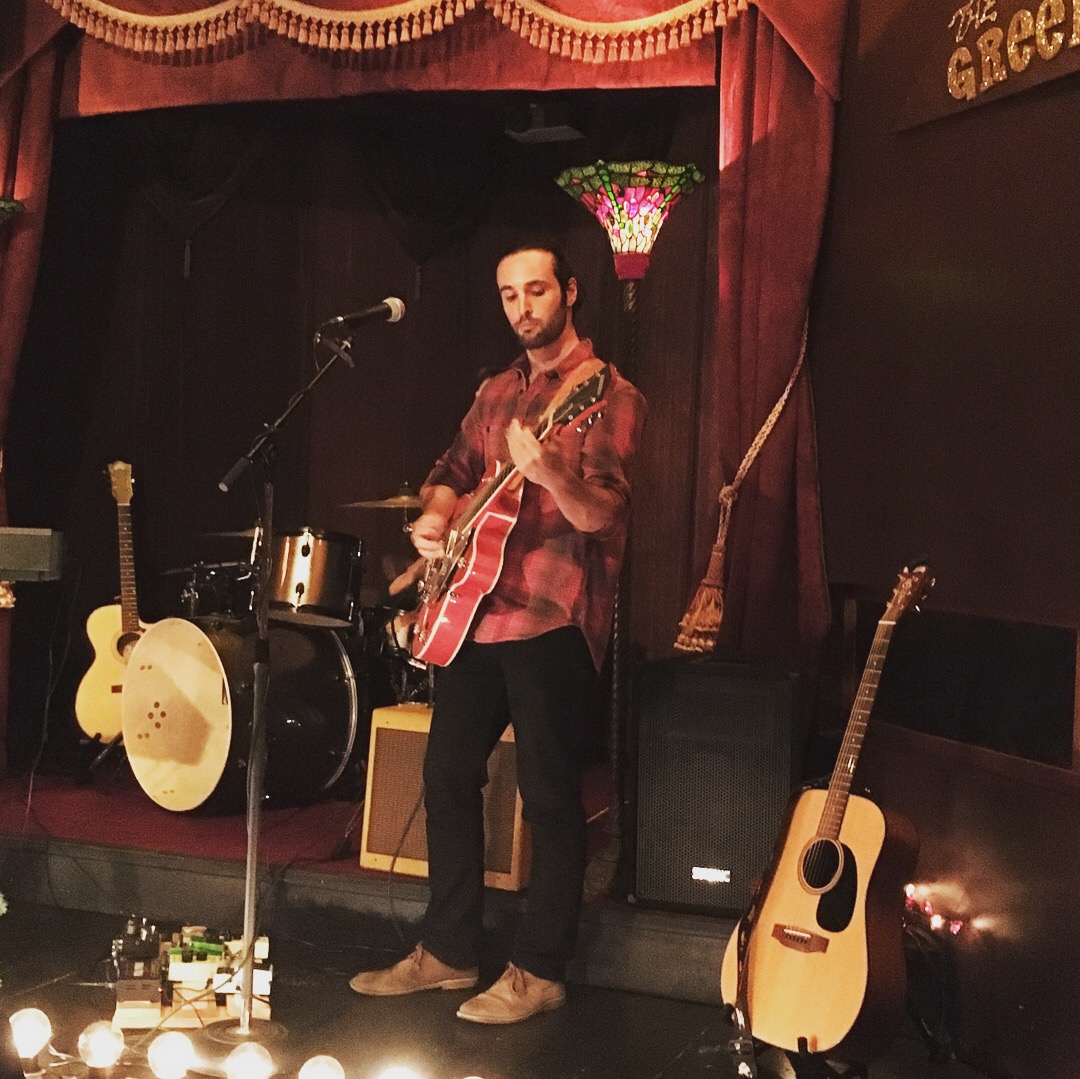 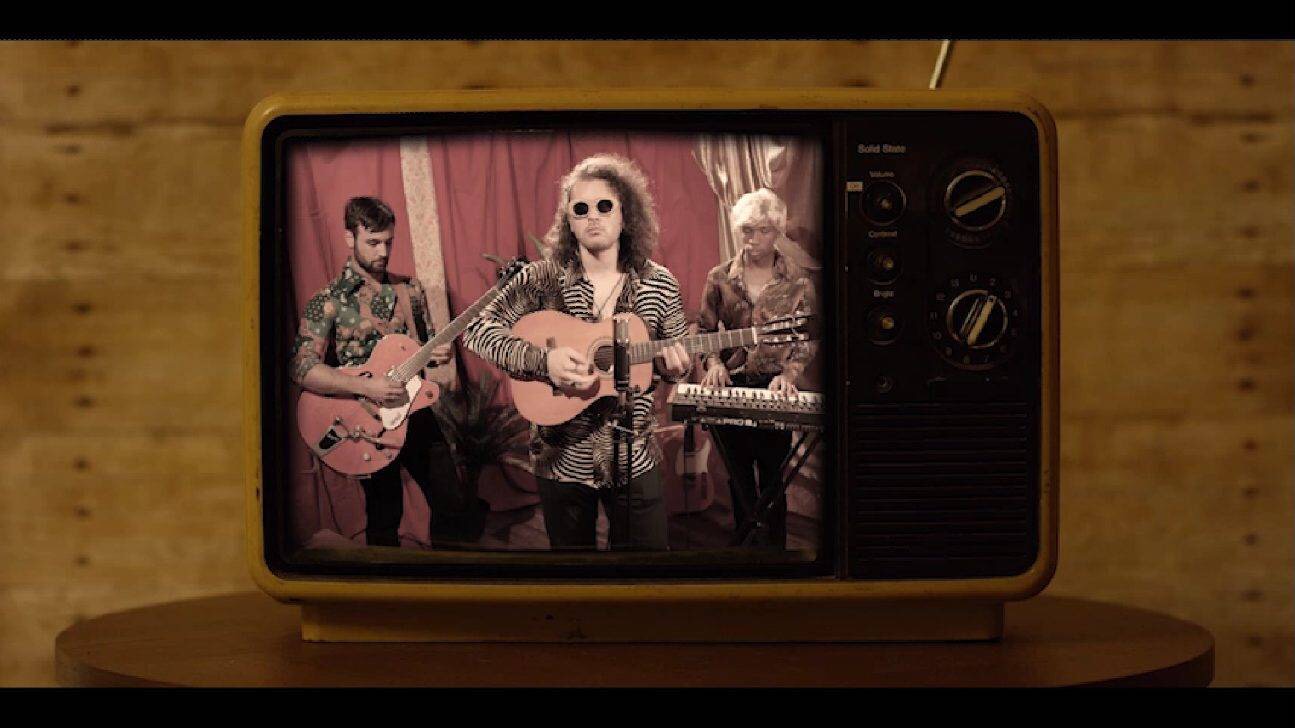 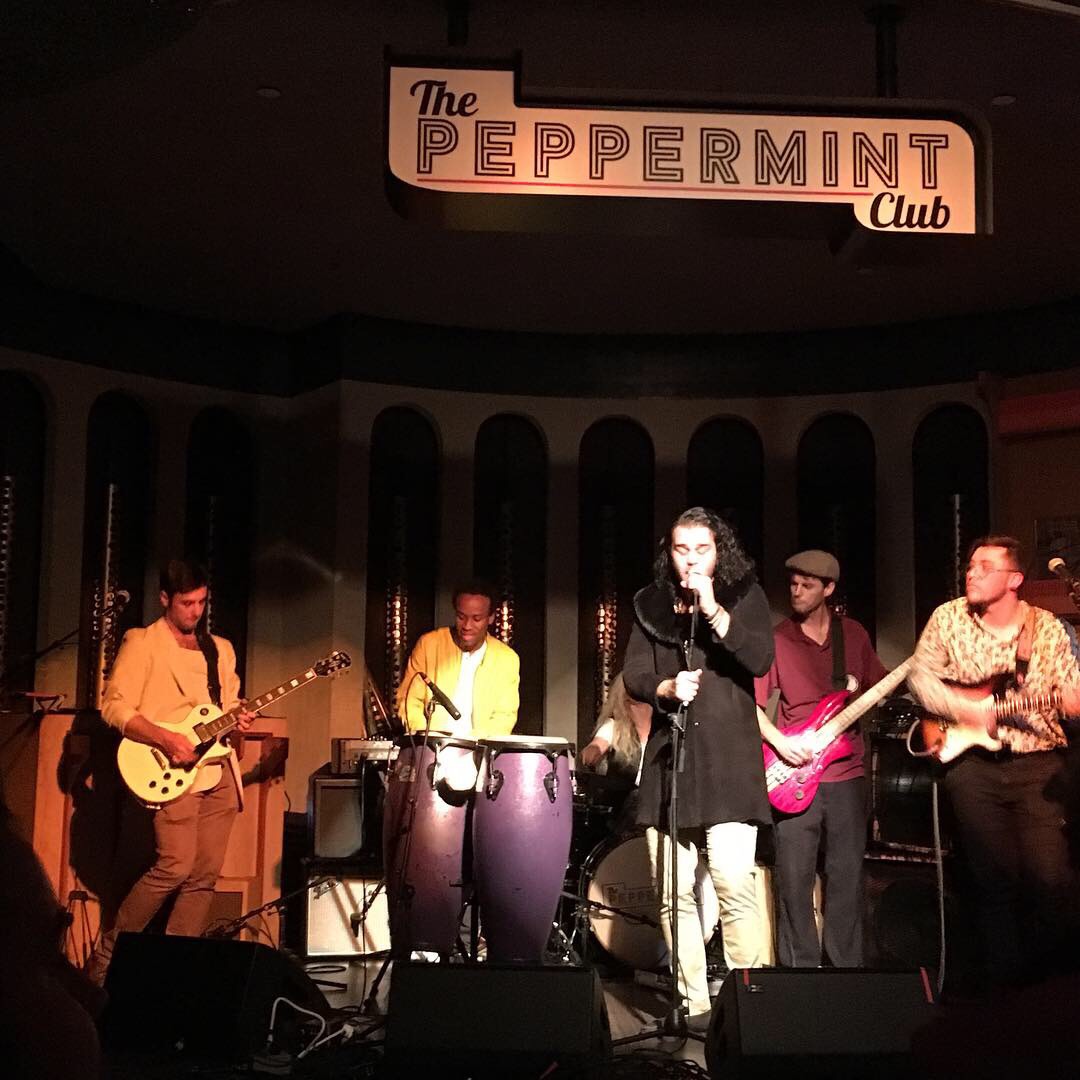 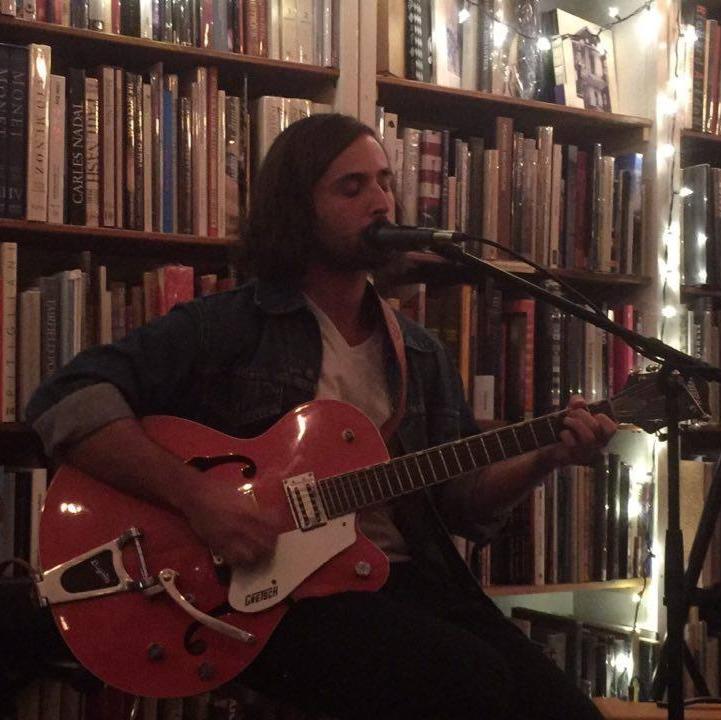