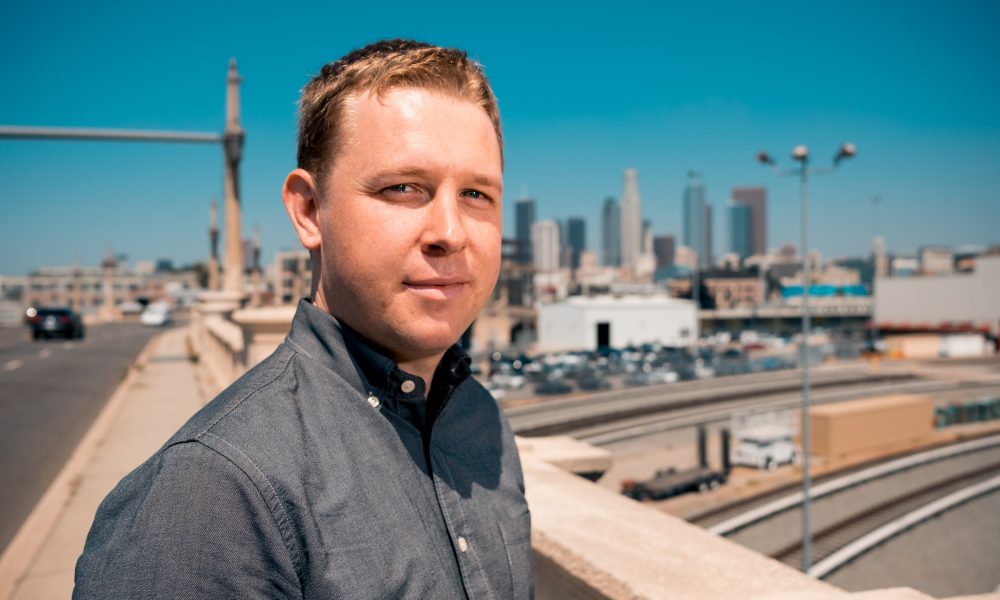 Today we’d like to introduce you to Mitchell Graham Colley.

Mitchell, can you briefly walk us through your story – how you started and how you got to where you are today.
I’m a writer and producer. I moved to Los Angeles to attend CalArts, and at the time, I thought I was going to be an actor and a playwright. After college, I got a job working at a small publishing company that licenses plays and musicals. Later, I went to work in live entertainment and producing. I got involved with The Industry opera company and L.A. Dance Project.

Then, I began producing at Grand Park and The Music Center in downtown Los Angeles. When Grand Park opened, and the Los Angeles County set out have free events 52 weeks of the year in the 12-acre park, I knew I wanted to be a part of what sounded like a radical act in arts equity.

Through all this, I wanted to give larger platforms to diverse artists and stories that might otherwise get overlooked. I co-founded a production company called 4th Street Bridge with my friend and business partner Duncan Woodbury, and I applied to The Peter Stark Producing Program at USC’s School of Cinematic Arts.

While in the Stark program, I interned for companies like HBO and Searchlight Pictures, I took classes from industry experts, I produced and wrote films, and I met peers and mentors who continue to help me develop.

Upon graduating, I’ve been writing, looking to collaborate with other companies run by writers and producers, and being careful not to annoy my wife, Tati, with all of my ideas for films and television shows.

Duncan and I continue to develop 4th Street Bridge together and recently launched a record label under the banner Lower Grand. We put together work for film, television, podcasts, and music, and hope to expand the company into a robust contributor in the entertainment industry.

We’re always bombarded by how great it is to pursue your passion, etc – but we’ve spoken with enough people to know that it’s not always easy. Overall, would you say things have been easy for you?
When I decided to return to school, I was a writer. I had been writing plays and screenplays since I was a teenager but was never able to sustain a career. When at The Music Center, I would sneak into the empty theater in the Dorothy Chandler Pavilion during my lunch hour to try to get a few pages down.

I also had an invested interest in the business of entertainment. We founded 4th Street Bridge in 2015, and despite working on some remarkable content and strategizing on behalf of some amazing clients, we struggled to expand the company into something truly sustainable. Sometimes, no matter how hard your hustle, the ends don’t always meet the way you envisioned. That’s when you have to adapt, learn more, and dig deeper.

For my graduate school experience, I wanted to learn about the craft of story and filmmaking but also about the tools needed to get film and television made. The Stark Program at USC provided me resources to develop all of those skills and was a massive step in my journey, overcoming some of those initial obstacles.

So let’s switch gears a bit and go into the 4th Street Bridge story. Tell us more about the business.
4th Street Bridge is a production company devoted to advancement in culture and media. When we started, we worked on behalf of clients helping brands, non-profits, and individuals tell their stories. Currently, we focus on the output of stand-alone artistic works. We produce media in multiple formats, including film, music, podcasts, and the written word.

Some of our favorite recent projects include the podcast we created with storyteller, actor, activist, and writer Christopher Rivas, called Hundred to One. We’re also excited about the albums that the artists Mayacamas and Holophone have dropped on the Lower Grand label. While in Stark, I worked on three short films in the role of writer, producer, and editor. Those experiences were rewarding and helped to inform what we are developing for film and television.

If you want to be a writer, for instance, you have to write. You have to write when things are going your way, and you experience success. But you also have to write when things are difficult and seem hopeless. It is easy to get down on yourself when an opportunity hasn’t come for a while. But this isn’t anyone’s fault. If you work through the good and the bad, you’ll be more prepared when an opportunity comes. Hopefully, when it does, you’ll do very well. That’s been my point of view for the last several years, and the experience has been positive.

The process of working, in repetition, regardless of the daily ups and downs, feels fulfilling somehow. Having clear goals helps navigate that work. You think less about all the possibilities and work toward specifics. So, luck is not something I think about often. But I frequently wonder if I’ll be ready for opportunity when it comes.

It is also essential to understand that opportunity doesn’t exist on an even playing field. Some of us, particularly immigrants, women, Black people, Latinx people, Indigenous people, and people of color, are systemically kept behind. It is incumbent upon anyone with privilege, anyone ahead of a particular group, to give power away and help all of us toward a more just future. The path to a future like that is complex and challenging, but we must use every tool we have to seek positive change.

One thing I do consider myself lucky for is people. I love talented, intelligent, beautiful individuals, and I’m so appreciative when they come into my life. I get to share in their experience. I’m grateful for the friends, family, and colleagues I’ve had along the way, and I’m lucky for each of them. 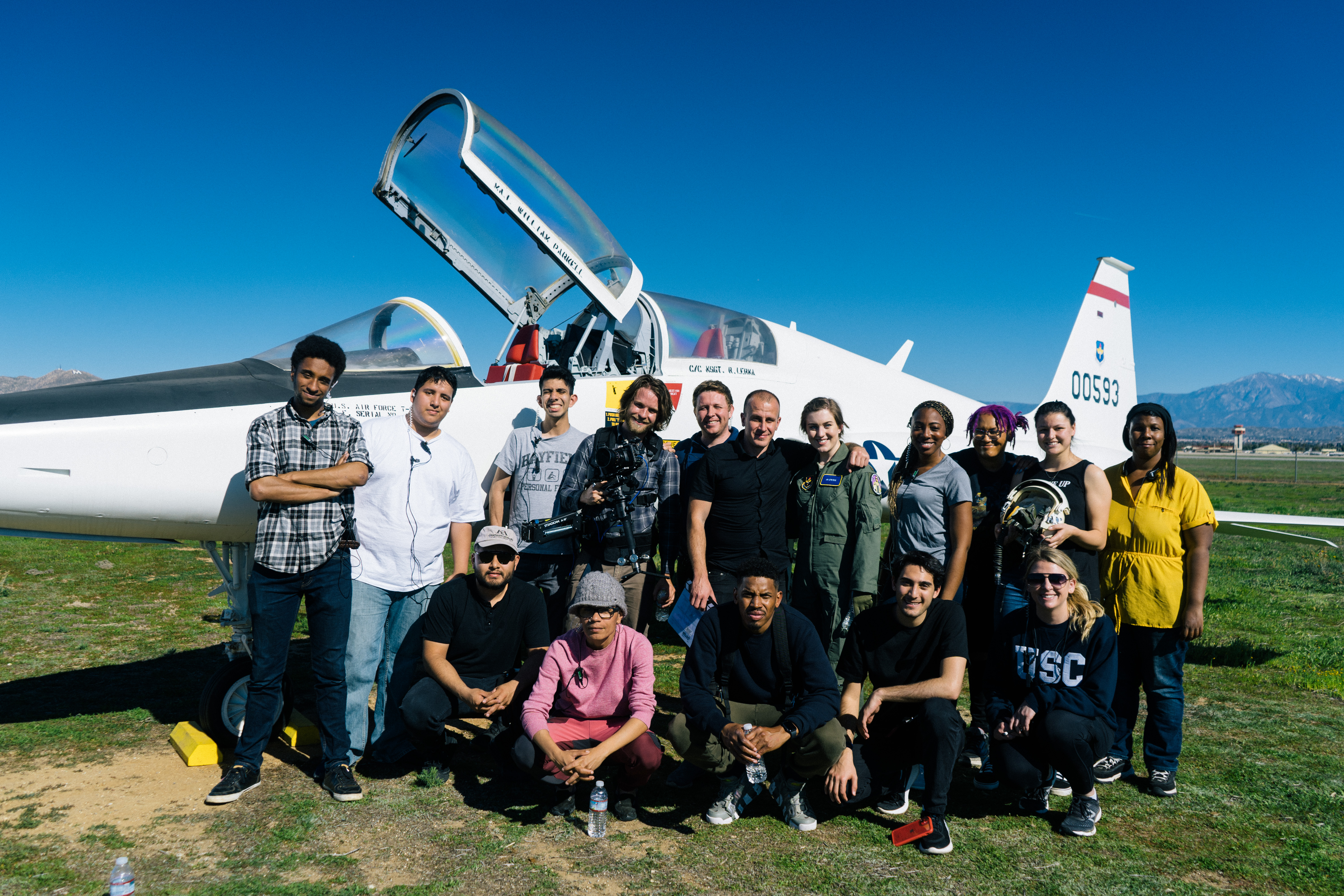 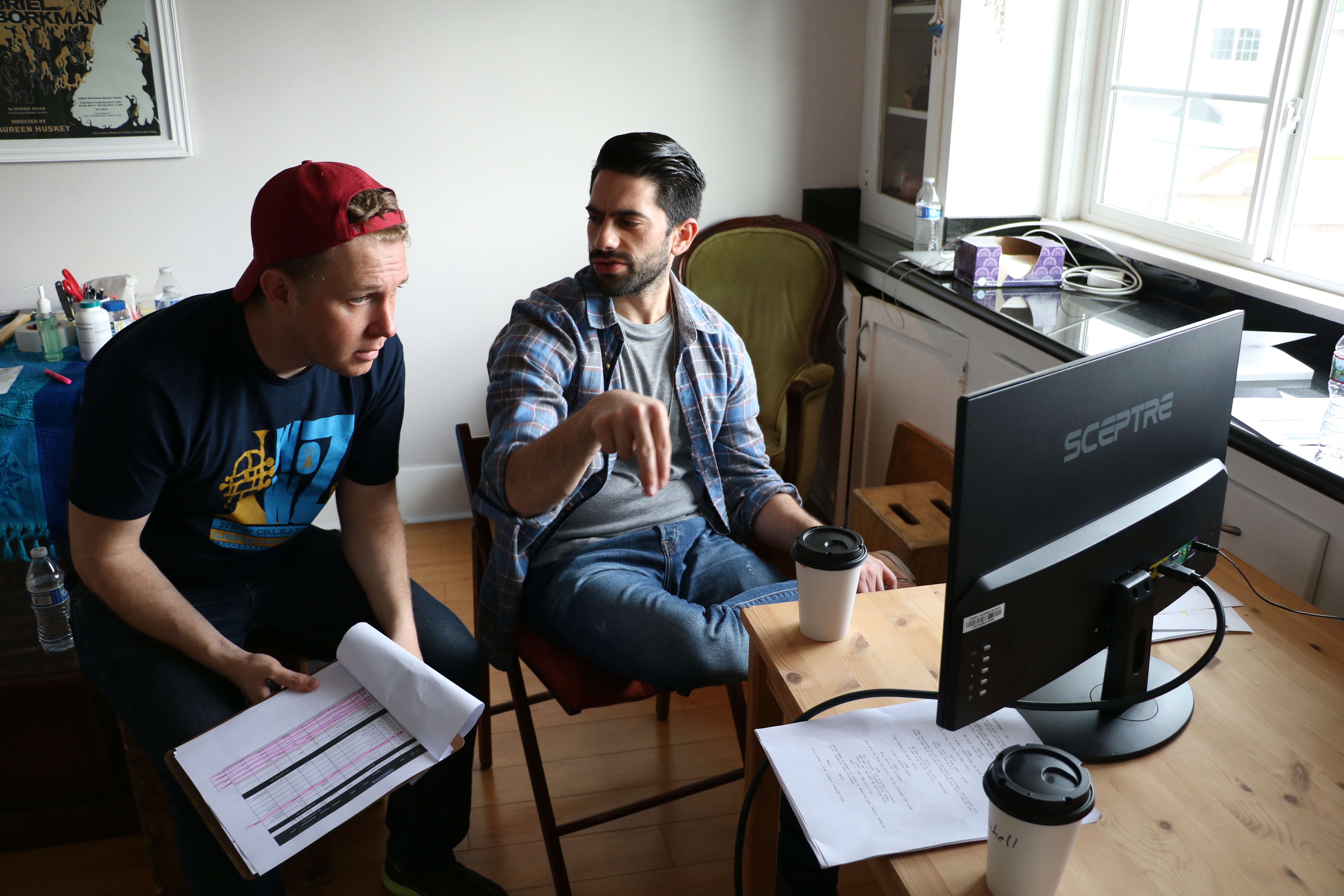 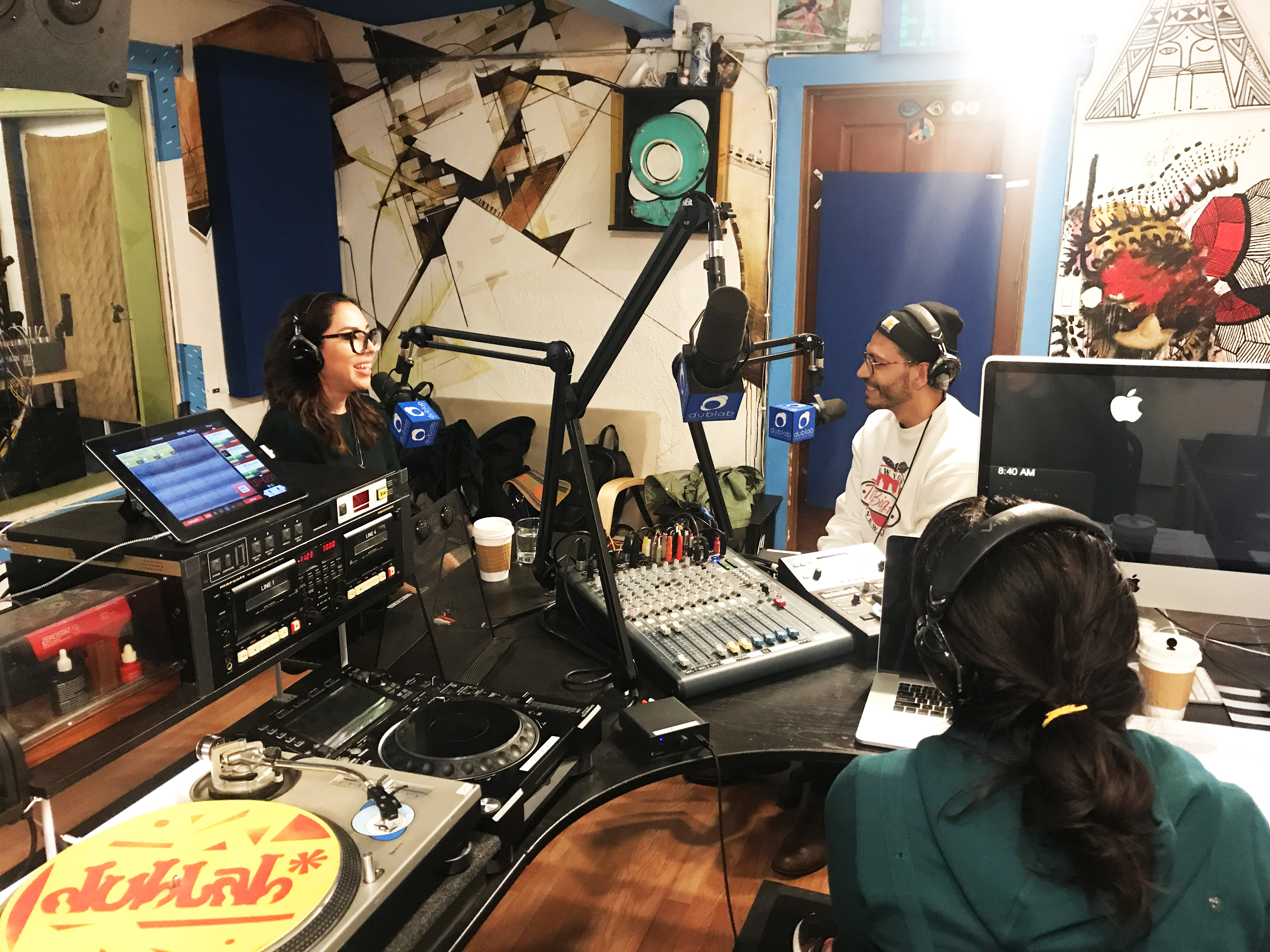 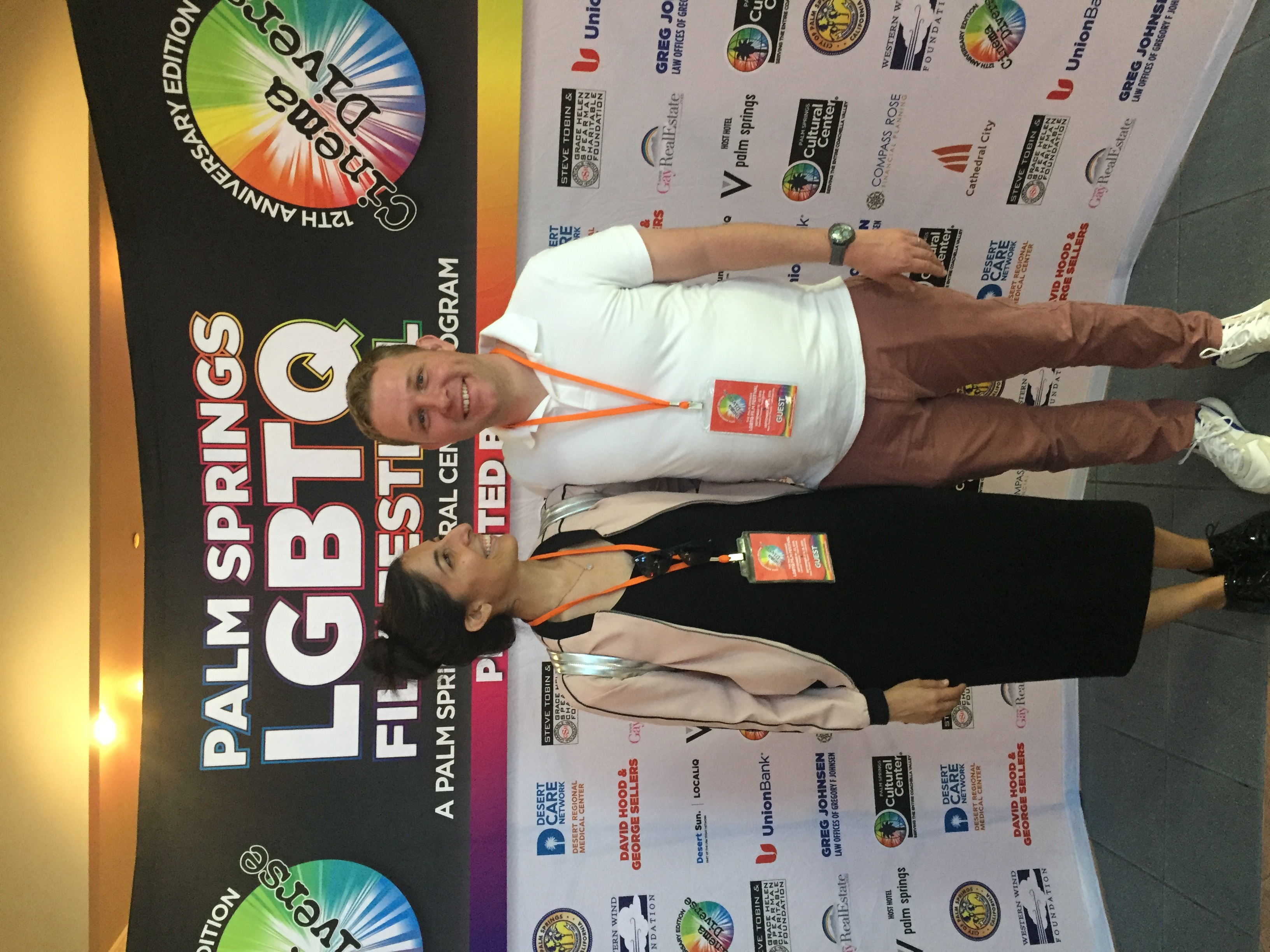 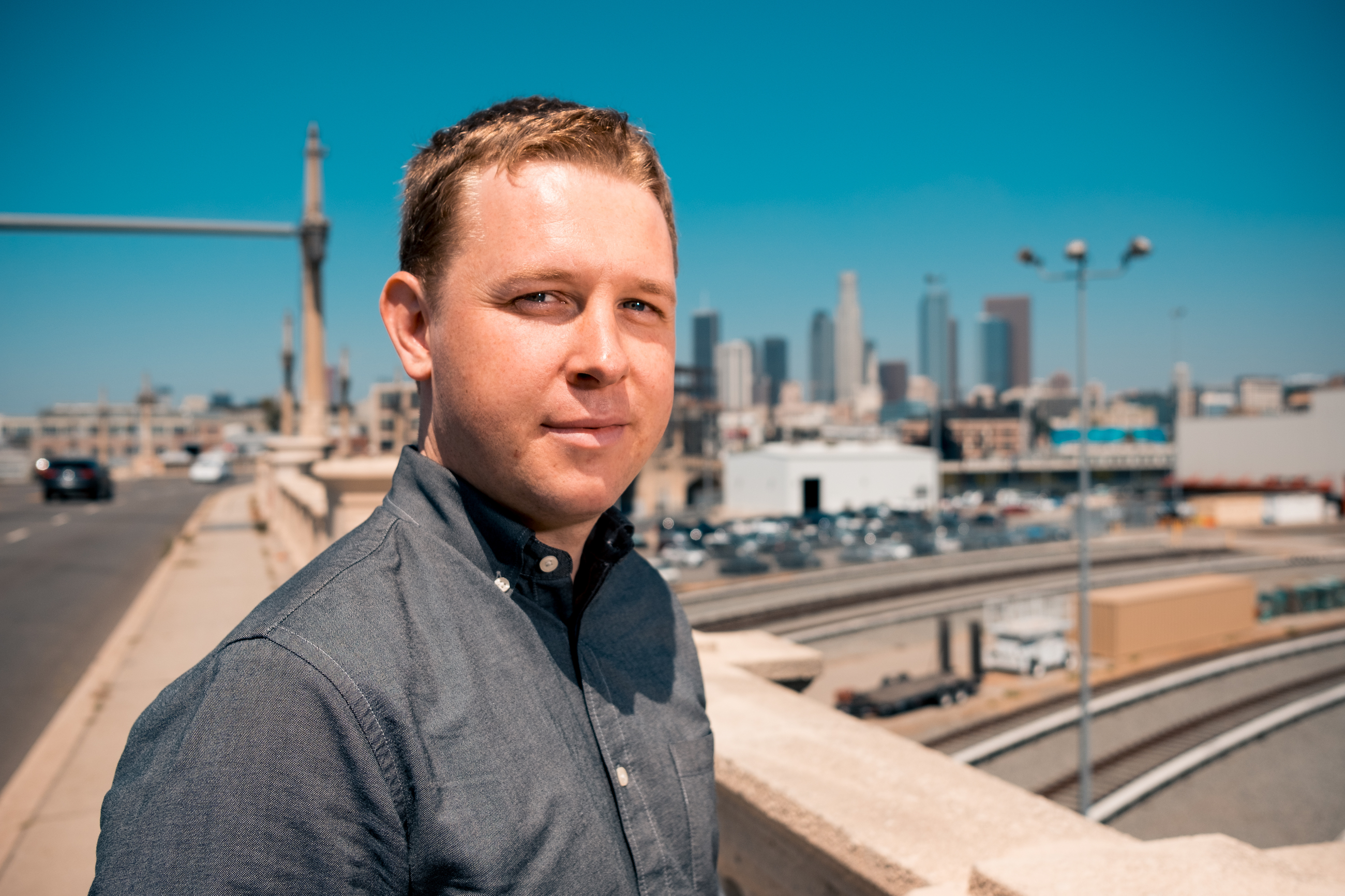 Image Credit:
Personal Photo “Mitchell on Bridge” by Rafael Hernandez; Step and Repeat “Tati Simonian and Mitchell Graham Colley at the sreening of Conversia during Cinema Diverse: The Palm Springs LGBTQ Film Festival” by Rom Lotan; Group Shot in Front of Plane “The Cast and Crew of Hurricane” by Alexander Atienza; At the Monitor “Mitchell Graham Colley and Rom Lotan on the set of Conversia” by Tati Simonian; In the Recording Studio “Betty Avila, Christopher Rivas, and Tati Simonian recording Hundred to One at dublab” by Rachel Scandling.