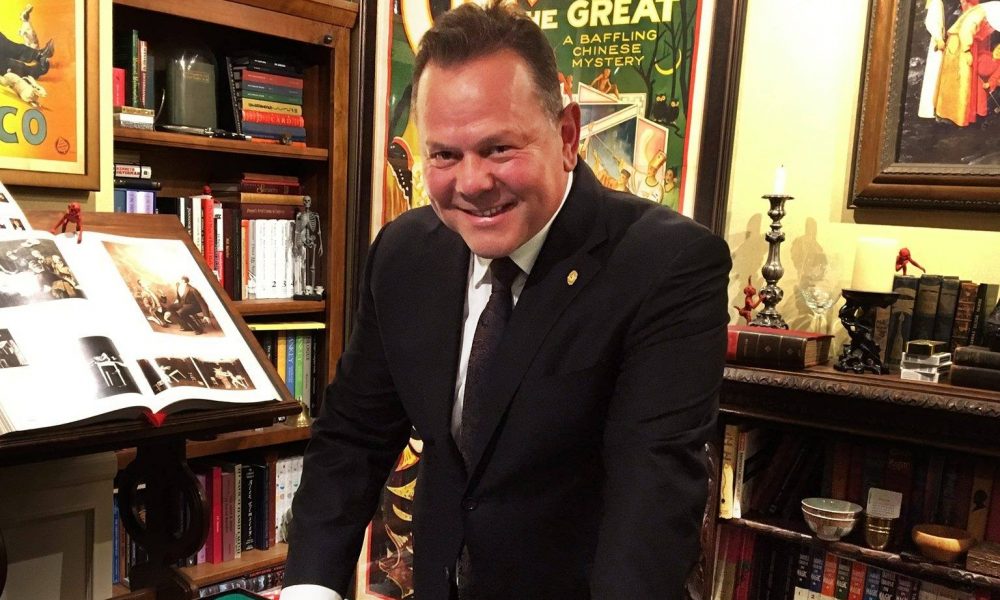 Today we’d like to introduce you to Mike Elizalde.

Mike, please share your story with us. How did you get to where you are today?
When I was 5 years old, my stepdad showed me a film that would deeply impact me for the rest of my life. It was James Wale’s 1931 masterpiece, “Frankenstein”. The monster, played by Boris Karloff indelibly burned itself into my mind forever. I was fascinated by the appearance of Frankenstein’s creation. I wanted to know how they made him look like that. I asked my dad how they did it and he explained that a makeup artist created to look for the role. My curiosity was piqued and as I grew older, I made it my quest to learn how to create such a miracle. It has indeed been a lifelong quest which is how I got to where I am. Around the same time as I was reeling from the image of Frankenstein’s Monster, I became fascinated with magic and conjuring. I remember watching commercials on television, advertising Marshall Brodien’s “TV Magic Kit” and TV Magic Cards”. I wanted so badly to learn how to perform the impossibilities I was watching happen on the screen. A second quest led me to become a Magician Member of the world-famous Magic Castle. As luck would have it, I even landed a seat on the Board of Directors of the Academy of Magical Arts, the club that is housed in the Magic Castle. I have always loved magic and the creation of illusion. The two disciplines, magic and movie special effects, are very close to my heart. The reason I love both of these things so much is because they fuel a desire to create miracles and inspire wonder, the way I was so inspired in my earliest memories.

Great, so let’s dig a little deeper into the story – has it been an easy path overall and if not, what were the challenges you’ve had to overcome?
I had a very difficult and troubled childhood. It was a childhood of emotional and physical abuse, of poverty, and humiliation, and sexual predation. My father died when I was two years old and my mother, who suffered from mental illness and was addicted to valium for years, died of an overdose when I was thirteen. I went to live with her brother after she passed away. He was a very angry man who took out his frustration with life on me through regular beatings. I needed to find some sort of refuge, and while I was in high school, I found a miracle factory called Owen Magic Supreme. The owners, Les and Gertrude Smith, and their son Alan Zagorsky, took me under their wing and gave me a place to spend all of my spare time and learn magic. That was how I learned some of the best kept secrets of magic and met many of the most famous performers of that venerable art form, including Doug Henning, David Copperfield and Harry Blackstone Jr. Through my experiences there, I developed an act and performed magic in our school talent show and then became a performing magician, appearing at parties and social events. As it turned out, one of my earliest magic mentors at Owen Magic, Bill Taylor, was a visual effects artist who worked at Universal Studios. He provided the spark of belief that I could one day be a makeup artist in the movie industry and a magician. I am a firm believer that the Universe has a way of giving us what we need when we are inspired and believe that we can move beyond whatever troubles we face.

Alright – so let’s talk business. Tell us about Spectral Motion Inc. – what should we know?
My wife Mary and I created Spectral Motion in 1994 as a way for me to sell a series of original sculptures to collectors all over the world. I had already been working in the industry for almost a decade when we created the corporation. During the time before Spectral was formed, I worked as a sculptor, makeup artist, and animatronics designer and puppeteer, bringing my animatronic designs to life in front of the camera on set. This is how I acquired the knowledge to lead a team of artists and technicians. A team that has remained largely intact for nearly sixteen years. the members of my team are highly specialized in the respective fields which include software development, robotics and animatronic design, specialty costume fabrication, 3D design and printing, and, of course, prosthetic make-up effects. Among the things that set us apart from other companies is our diversified capabilities, and the ambiance of our facility. We hold closely to our philosophy that artists should be treated with respect and made to feel that they have ownership in the creative process. It is not a one-man-show. We believe in sharing credit with our amazing team. Without them and their awesome mastery of their skills, Spectral Motion would not exist. Today, Spectral Motion is recognized as a world leader in special effects, conceptual art installations in galleries around the world, and theme park based animatronic creations that elevate the theme park experience to cinematic levels. We continue to explore new creative frontiers that allow our team to spread their creative wings and keep our company moving headlong into the future.

Is there a characteristic or quality that you feel is essential to success?
I believe that a positive attitude is the single most important component of my success and the success of Mary’s and my company. It would have been a very different outcome for me if I had given in to the early trials in my life. I always believed that there was powerful hope beyond my circumstances as I was growing up. I was always excited about the future, no matter what the present offered, because I believed in my heart that things would one day be much better. That belief carried me through the hardest of times. That belief got me to where I am today. 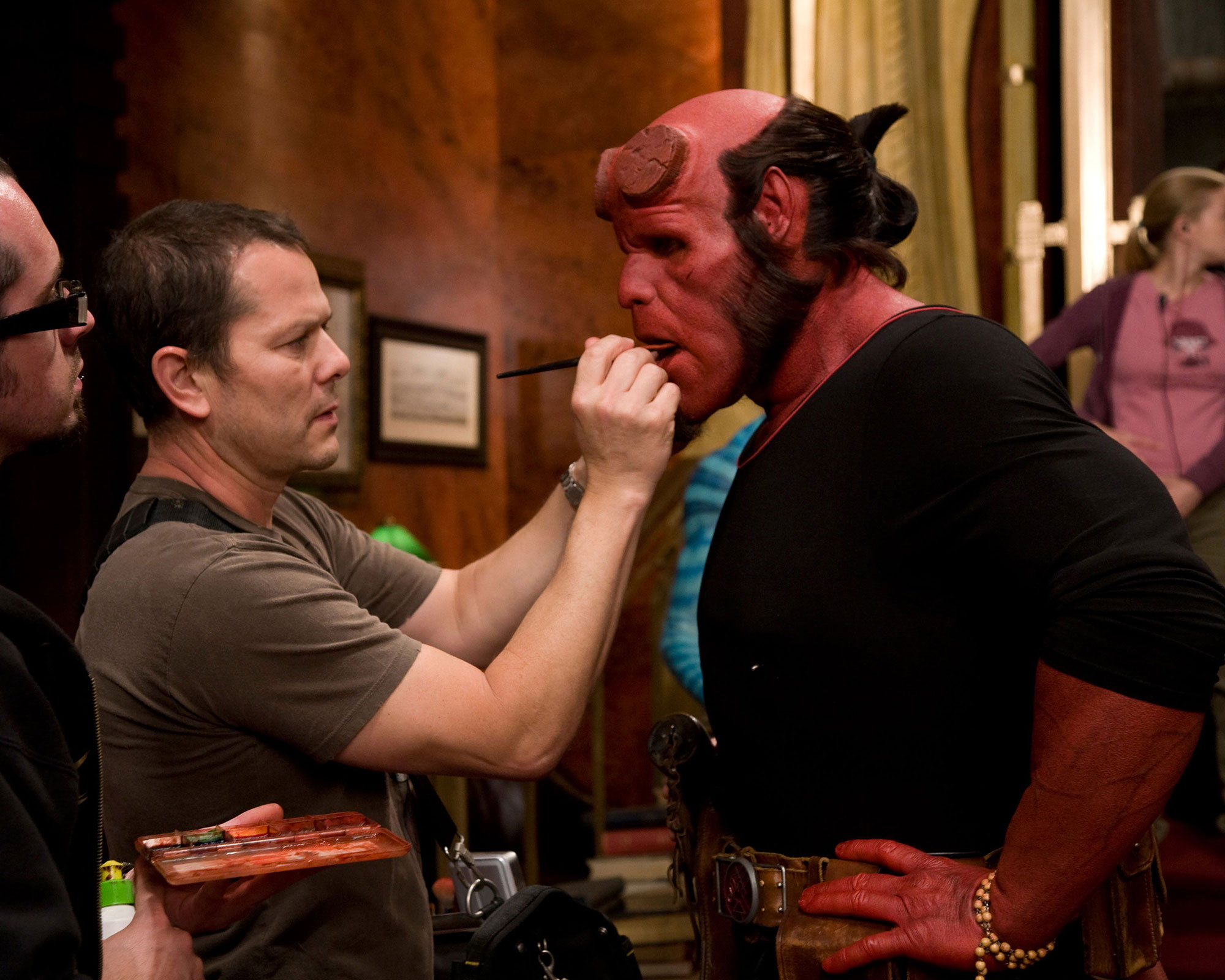 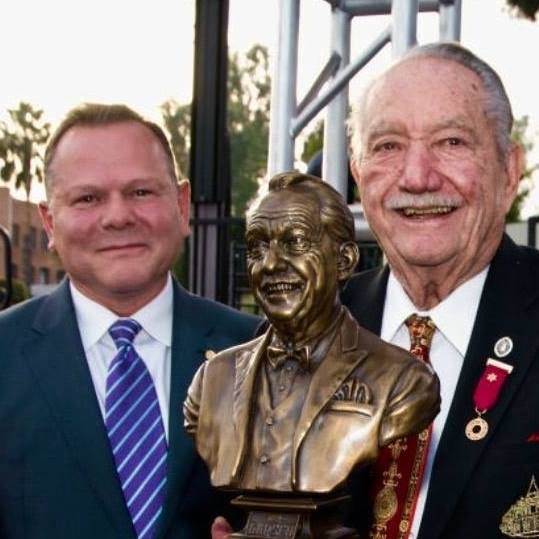 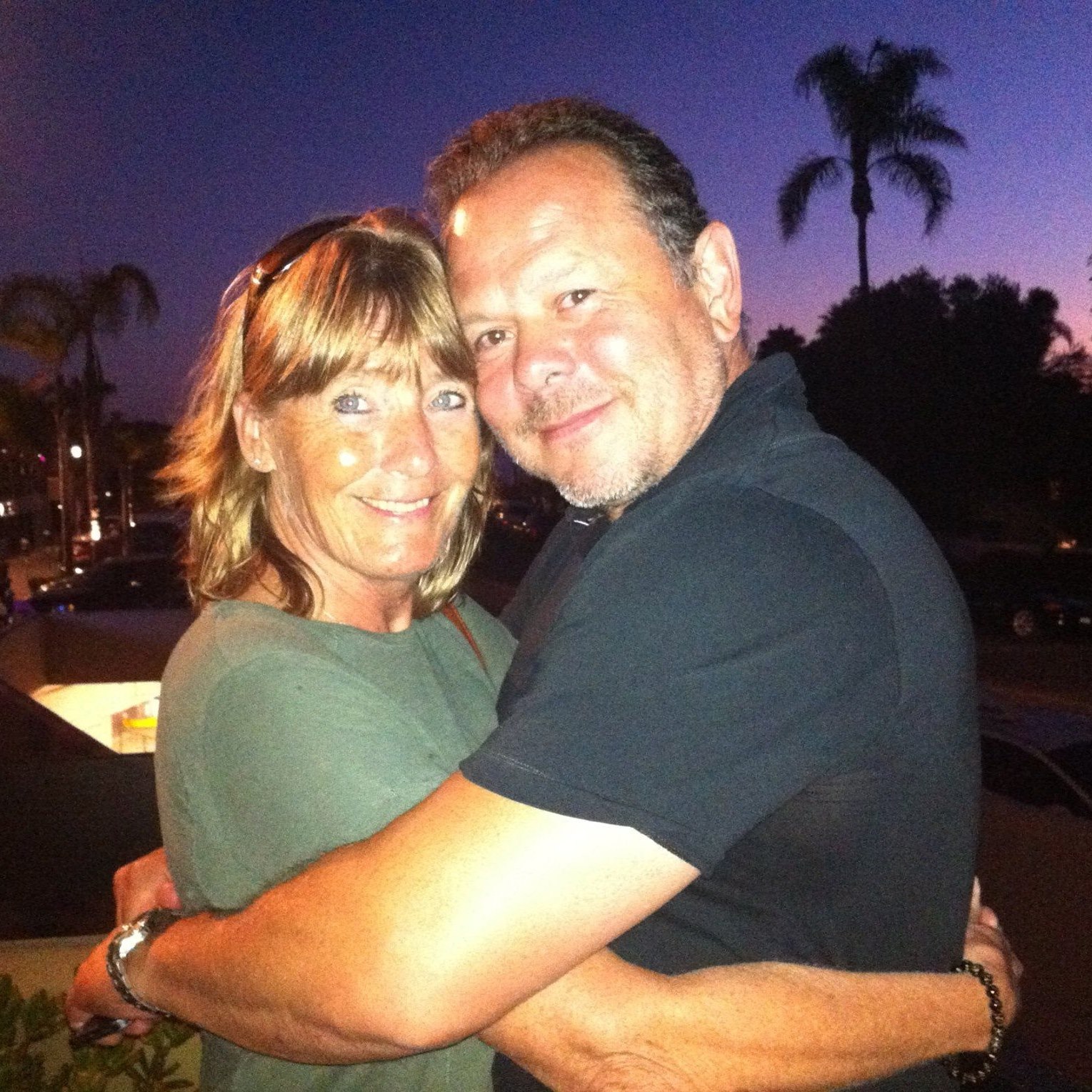 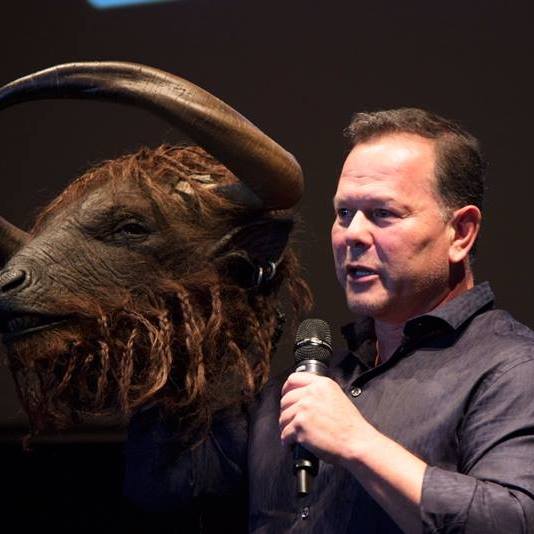 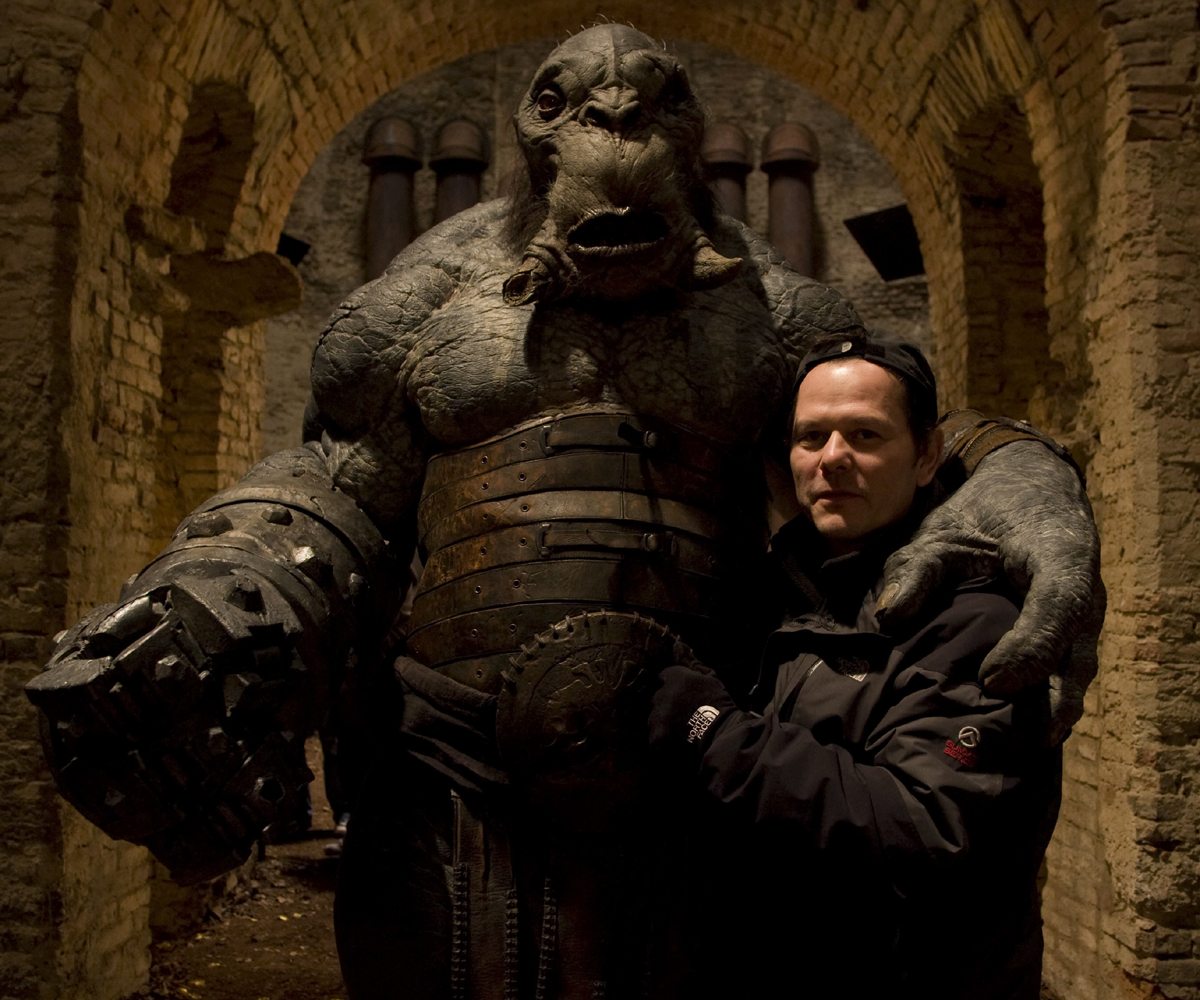 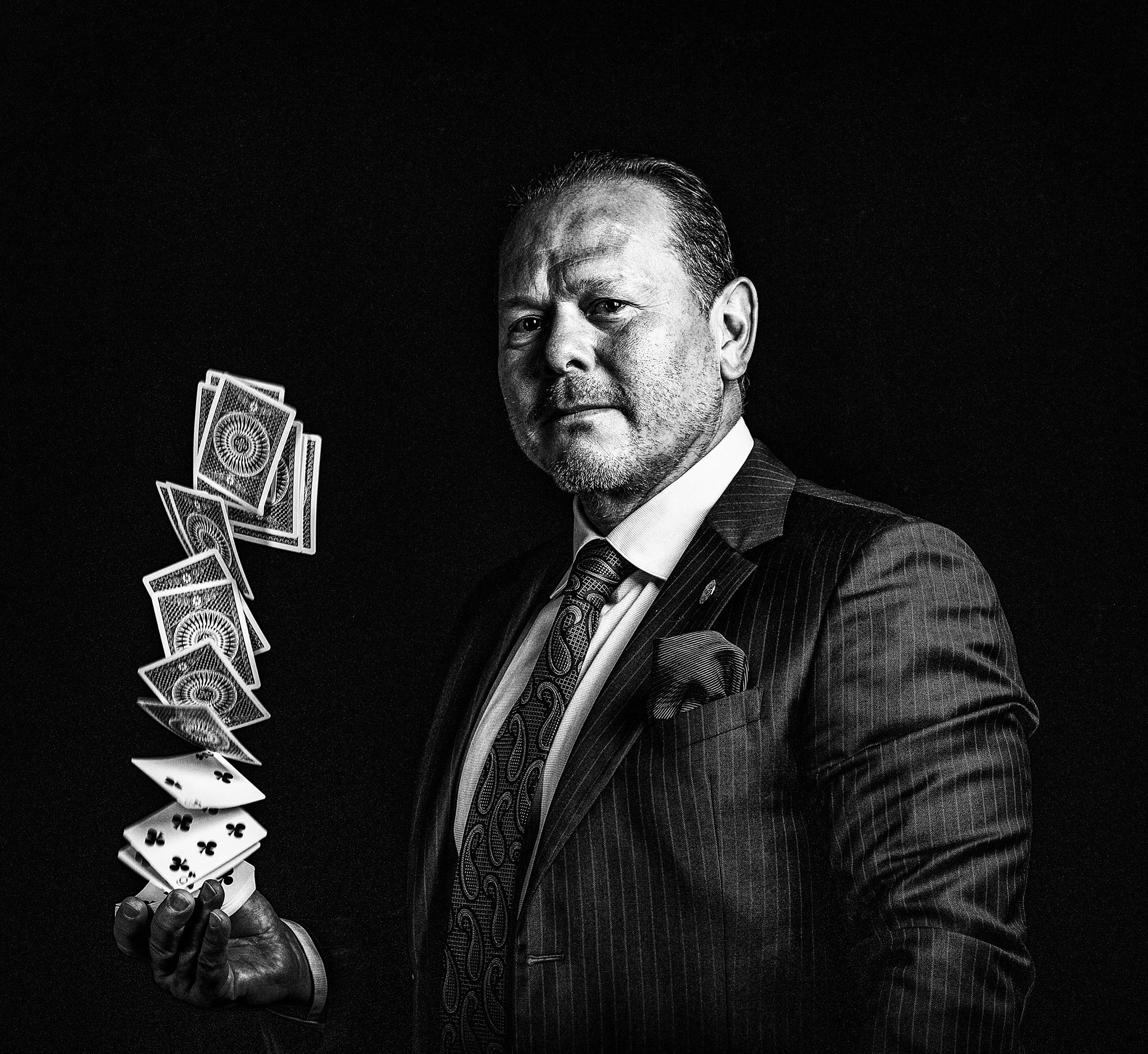