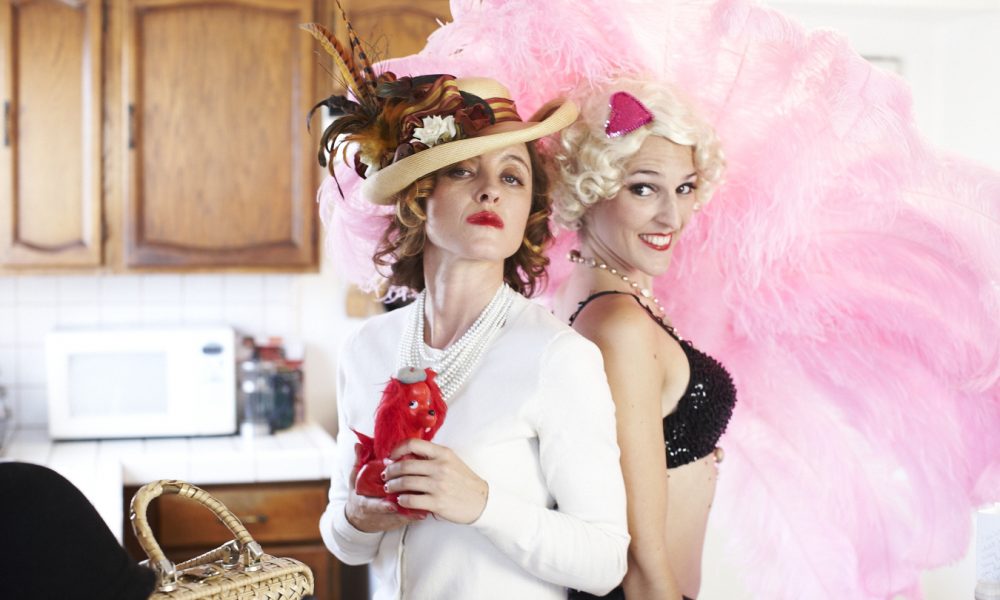 Today we’d like to introduce you to Mhairi Morrison.

Mhairi, let’s start with your story. We’d love to hear how you got started and how the journey has been so far.
I was born in Scotland to an American mother and a Scottish father. My dad always wanted to be a clown but his father had told him it wasn’t a viable profession to go into, and so had chosen a different path…although he often appeared in Pantomimes at Christmas time dressed in wigs, costumes, and all sorts. All that to say he encouraged my interest in the theater and enrolled me in a Saturday morning theater class at age seven and subsequent dance classes.

So I always knew I wanted to be an actor-apart from a brief moment into becoming a fighter pilot, after watching Top Gun. I studied at The Royal Scottish Academy of Music and Drama, where I attained my BA in acting. It was while I was there I was introduced to the work of Augusto Boal, a Brazilian director who created the Theatre of the Oppressed, a form of interactive theatre intended to transform lives as spectators become performers, acting out solutions to social problems. I felt strongly about creating work that would tackle social issues. I also have always loved Greek drama as it asks the big questions and forces a spectator to question one’s beliefs.

Following RSAMD I trained at the Ecole du Theater, Jacques Le Coq, in Paris, France. The school is an incredibly rich creative environment where students come from all over the world and from all walks of life to create theater. So you find yourself in a group devising a piece of theater with jugglers from Sweden, a dancer from South Africa and an acrobat from Peru…with nobody speaking the same language, either literally or metaphorically-in terms of our different backgrounds and ideas on theater and performance-so it was the kind of environment which challenges you and forces you to sharpen your own ideas on performance as well as your communication skills and diplomacy. We studied all manner of movement; masks, mime, acrobatics… Following Le Coq, I started a theater company with another student where we created our own work and performed throughout Paris.

Having an American mother and therefore, an American passport, I was always drawn to Hollywood and wanted a new adventure. I moved here nearly ten years ago and began to perform as a stand up comic. From my stand up I created a comedy web series, Feathers and Toast, featuring a character called Tallulah Grace, a clown who reinvents herself as an online cookery host believing herself to be the next Julia Child, despite the fact she can barely fry an egg. I created two seasons of the show and am about upload to Amazon Prime.

I’m passionate about movement and created my own mime show, One Mime at a Time, which I shoot in my mime studio at home and release online.

18 months ago, when the Harvey Weinstein allegations came out, I started to look at what happened in my own life at the beginning of my career in Paris. I had been drugged and sexually assaulted by a well known, award-winning French film director. I had blocked it out of my mind and tried to not think about it, but with the allegations around Weinstein and others, I started to think about it and whether or not I should come forward in the press with my story.

I started group therapy, where I was diagnosed with PTSD and began working with a therapist individually. I focused on my healing and let the idea of coming forward go for the time being.

My dear friend, Sadie Jemmett, a singer/songwriter, wrote me a song called Don’t Silence Me, in response to what had happened in Paris. She asked me if I wanted to produce and be in the music video for the song. I hesitated as I knew it would mean talking about my story, but ultimately, I felt in my heart I needed to do it. I crowdfunded for some of the budgets for the video, which was extremely challenging as I had to write my campaign statement in which I described what had happened to me…up until that point only close family and friends knew my story. So many people reached out offering their support and some offering their own stories of assault or harassment, it was extremely humbling. I nearly doubled my goal in a week and we went on to shoot the video with over 40 women, many of them survivors of assault or harassment, including several high profile survivors.

My intention with the video was to tell my story-that of waking up to what had actually happened to me and looking at the effects of that. Of moving from an isolated prison of shame and guilt, into freedom.

I also wanted to honor survivors and their bravery. If the Bill Cosby story hadn’t been told, which led to the Harvey Weinstein story being told and many others since, then perhaps I would never have looked at my own story, which had been buried for years.

By looking at what happened to me, I have been able to heal and move forward.

Another intention with the video is to have it be a conversation starter; firstly with yourself, to allow you to look at your life with clear eyes. When I put my campaign story up online to crowdfund a musician friend said to me after reading your story I now look back at my life and think of all the times I shrugged off bad situations as being ‘part of the industry’ and now that I look back I can see clearly that it was in fact assault. Before change can be made, we need to see the situation as clearly as possible. Where we are starting from.

From knowing that then we can begin to make change. For my young nieces, that is my hope. That they will grow up into a world where if something bad ever happens to them, they will know that they have a voice and they would be able use it without fear.

The video is for us, for the survivors. To celebrate our bravery, our tenacity, our beauty, courage, and resilience.

I premiered the video on March 4th at the Nickelodeon Studios in Burbank and released online the next day. I was interviewed on CBS for the video and then went onto a European Tour, screening the video and holding panel discussions around #MeToo, what’s next? in Paris, London and Glasgow.

I feel with the video, I have been given an opportunity to heal and ultimately to it brings me back to what my intention was when at drama school, to create work which has a social impact.

Overall, has it been relatively smooth? If not, what were some of the struggles along the way?
No, not a smooth road at all! Quite the contrary! There have been many struggles; such as financing my life as an artist. There’s not too high of a demand currently for mime artists! Its an extremely precarious profession.

I work a lot in voiceover but when a project is all-consuming such as the music video has just been, its hard to keep all the balls in the air. I think that the thing that can be challenging as an artist is also working as a business person and having to sharpen those skills as well as those of your art. Seeing yourself as a business and not just as an artist and developing the skills to ensure success; such as financial skills, marketing, PR, etc…

For me personally, it can be challenging to know where to put my time and energy; in terms of marketing for example-should I spend more time on Twitter or Instagram or….these are all full-time endeavors and knowing where to invest my time is tricky.

Alright – so let’s talk business. Tell us about Mhairi Morrison – what should we know?
I feel as a European living in Los Angeles, what sets me apart is my accent first off, which for work in voice-over can be handy and also my sensibility with movement. I have taught movement here both in group workshops and privately. I am an abstract mime; I’m passionate about the little moments in life, what happens when a piece of spaghetti cooks, for example…the minute of life and translating that into movement.

Any shoutouts? Who else deserves credit in this story – who has played a meaningful role?
My parents took in a family of refugees during the Yugoslavian war, which massively impacted myself and my brothers. I have just started the LA Chapter of Amnesty International and I credit my parents with having ignited in me in an early age the importance of human rights activism and doing away with a sense of ‘other’ when it comes to people in difficulty, i.e. refugees. Thereby the grace of God go I.

I’ve been blessed with an amazingly supportive family; my parents, brothers, sister in laws, a host of nieces and nephews and my incredible 94-year-old grandmother who have consistently stood by me, cheerleading in moments of doubt and providing champagne when a moment arrives to be celebrated.

I have been incredibly fortunate with collaborators especially since arriving in Los Angeles, where I have created a lot of my own work. It’s impossible to work in a vacuum and I’ve been extremely blessed with people believing in me and my work and jumping in to make a project happen. Gideon Lockspeiser for seeing potential in my stand up comedy show for creating a show are a character, which eventually became Tallulah Grace. Holly Payberg produced Feathers and Toast with me for several years, which included not only the two seasons of the web series but also around 100 vlogs, editing as well as writing and producing. Her husband Diego Torroija shot both seasons of the show as well as the sizzle reel for Kitchen Therapy, another show with Tallulah.

Katie Nolan, an incredible fashion and beauty photographer, has been my stills photographer for years-shooting all of Feathers and Toast, the mime, various brand collaboration shoots and more recently a portrait series for the music video and the red carpet at the premiere. Photographs are so important to all of these projects, and having Katie create such beautiful work for the posters, websites and all social media has contributed in a massive way to the success of the projects.

The music video could not have been possible without the faith and dedication of many people. Firstly singer/songwriter Sadie Jemmett who wrote me the song, which was perhaps the best gift anyone could have ever given me. Director Jenn Page for having the vision and the heart to jump in and create such a powerful video. Producers Tony Myers, Jenna Edwards, Shira Levine, Brandon Pollar and Stephanie Arapian who worked tirelessly for months on the project and Louise Godbold who strategized with me over the press and publicity of the video in the US, UK, and France. 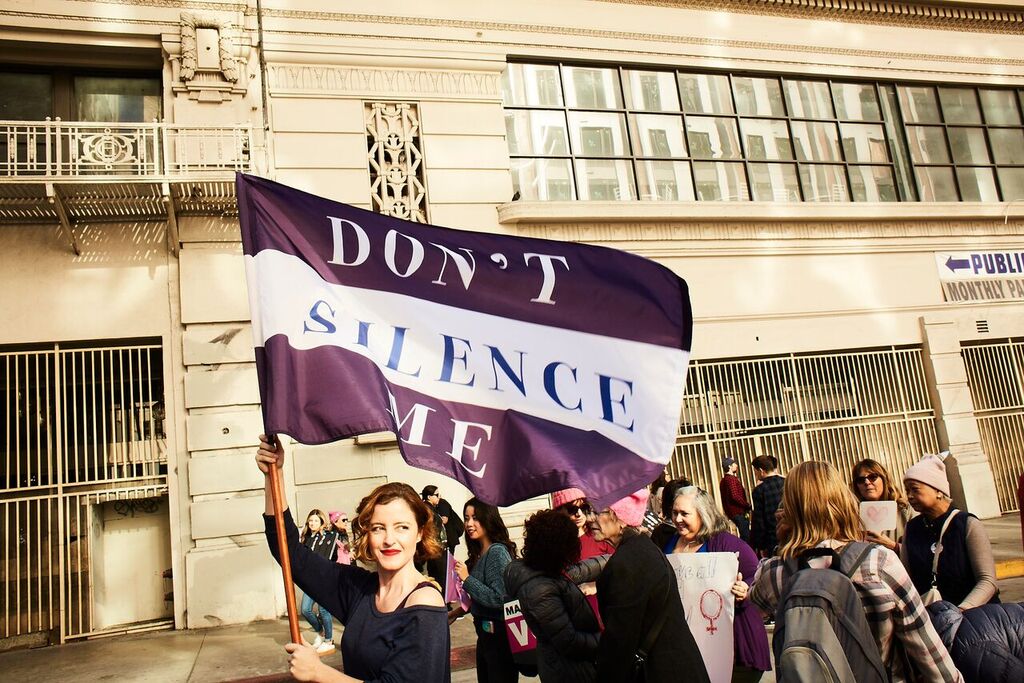 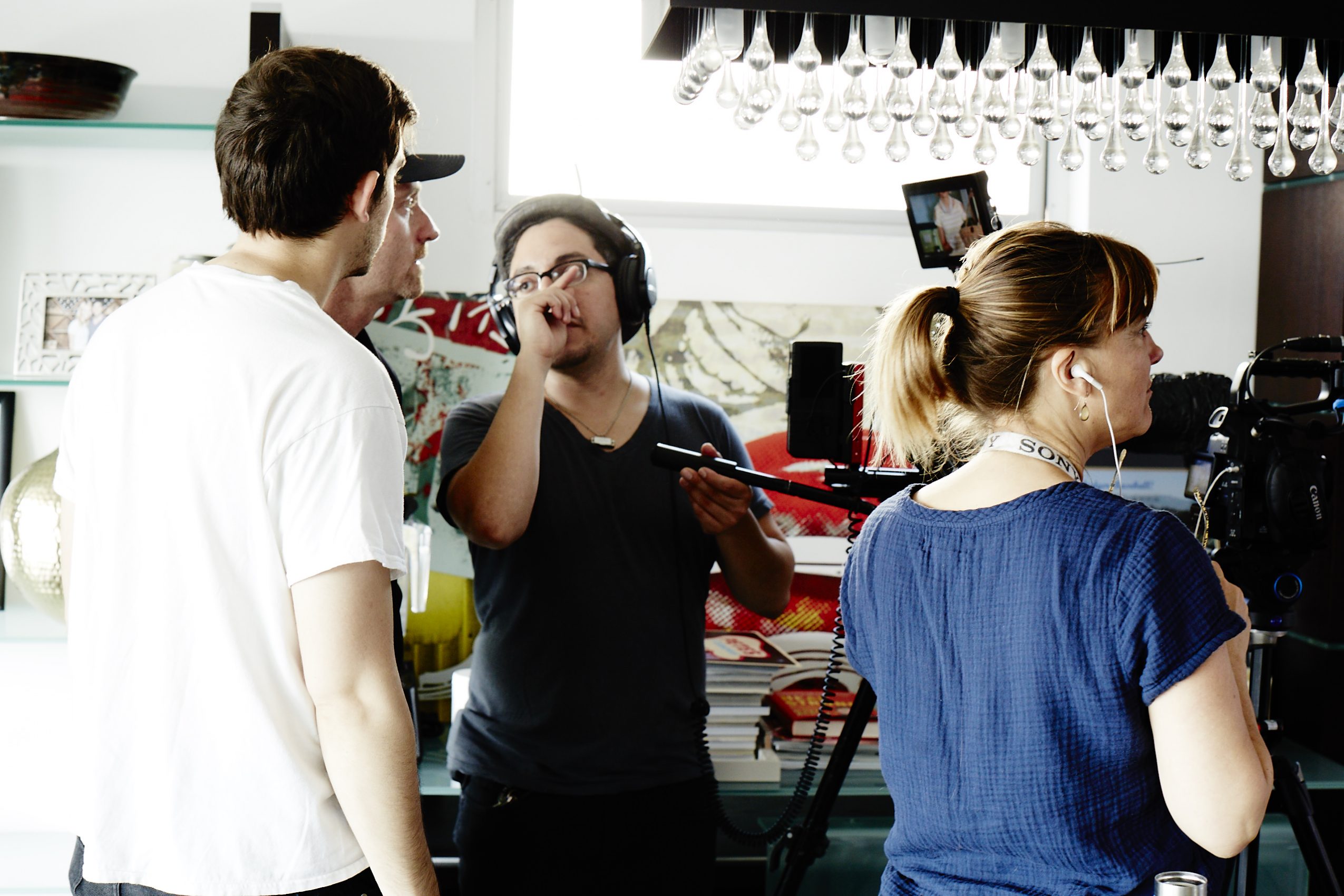 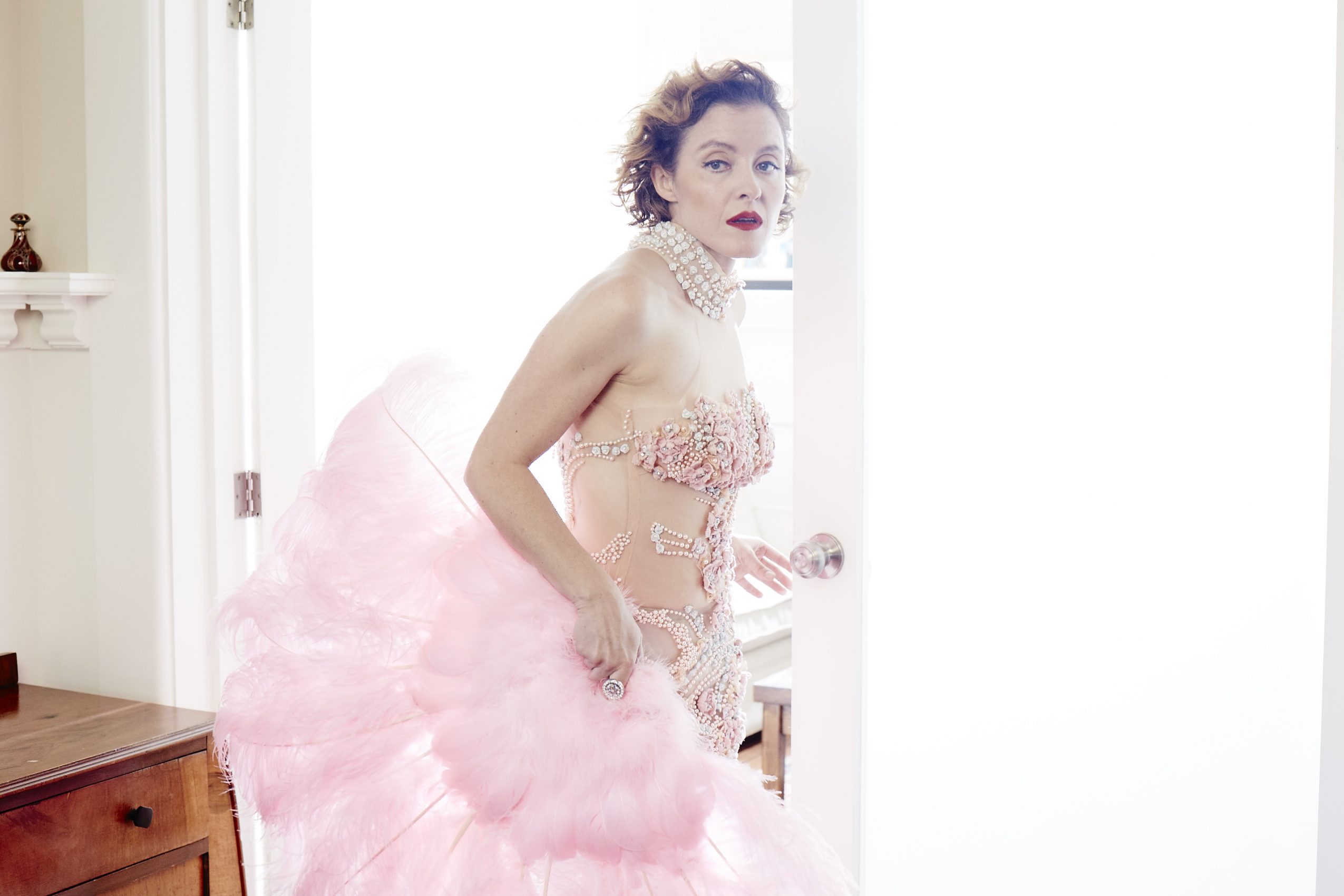 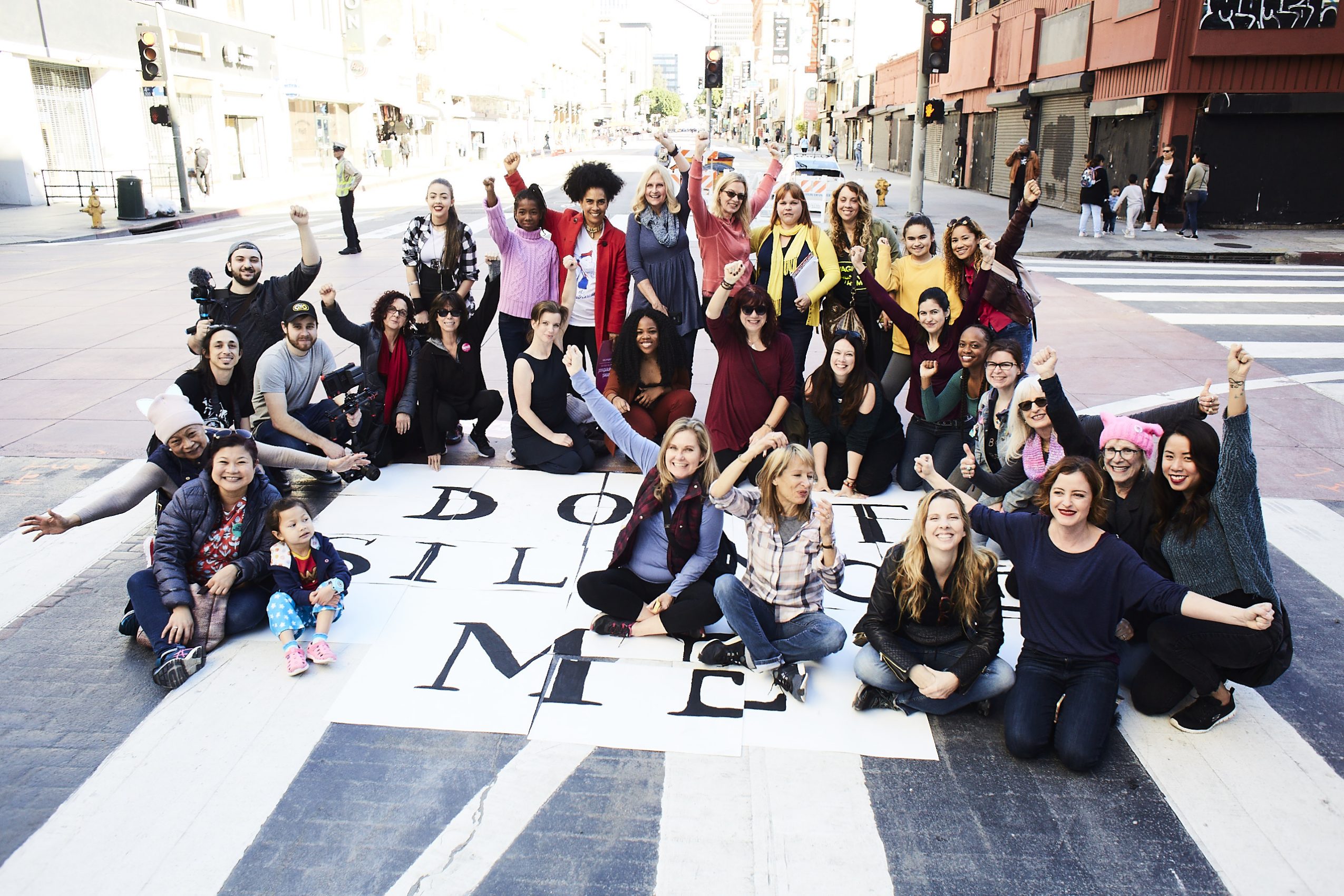 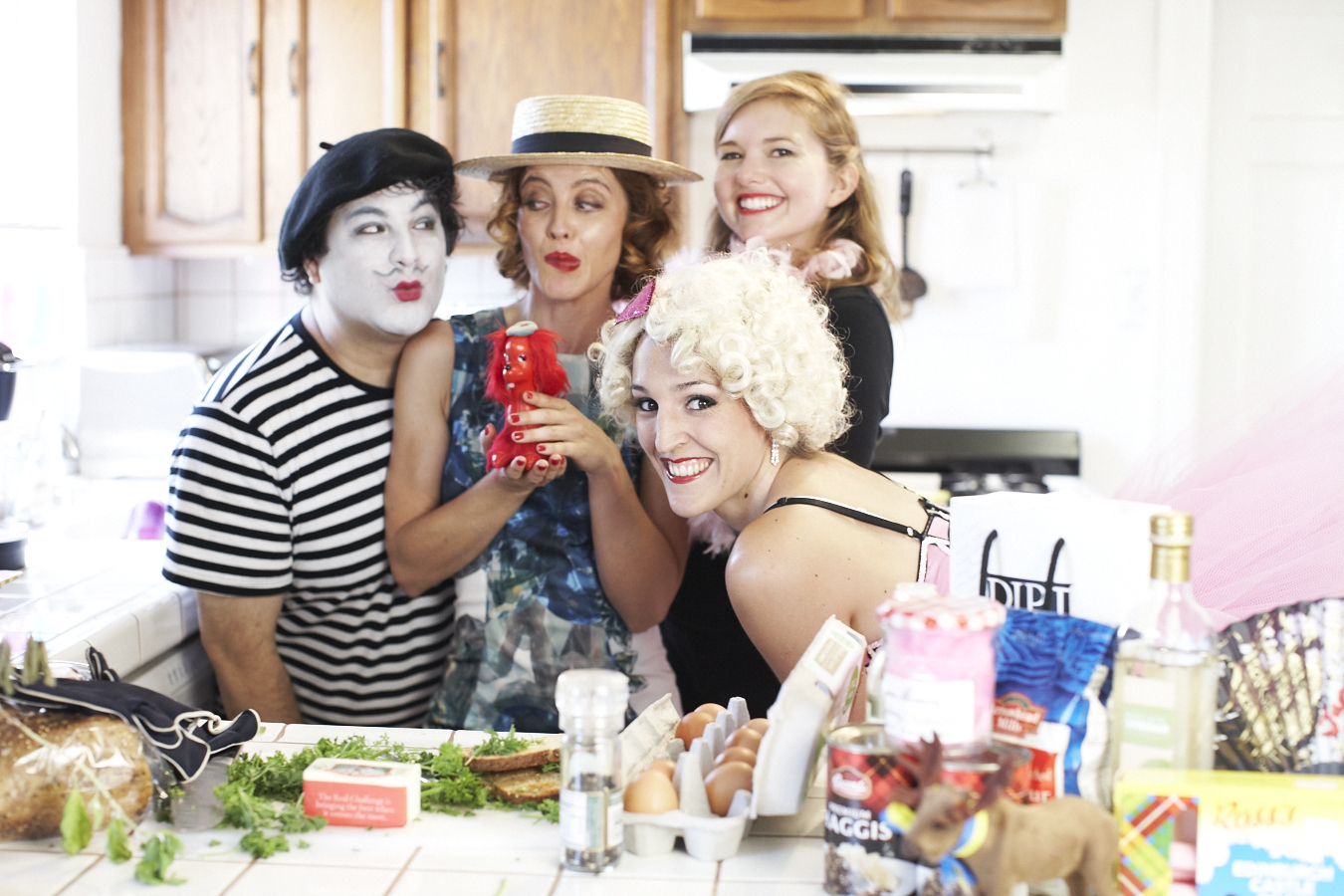 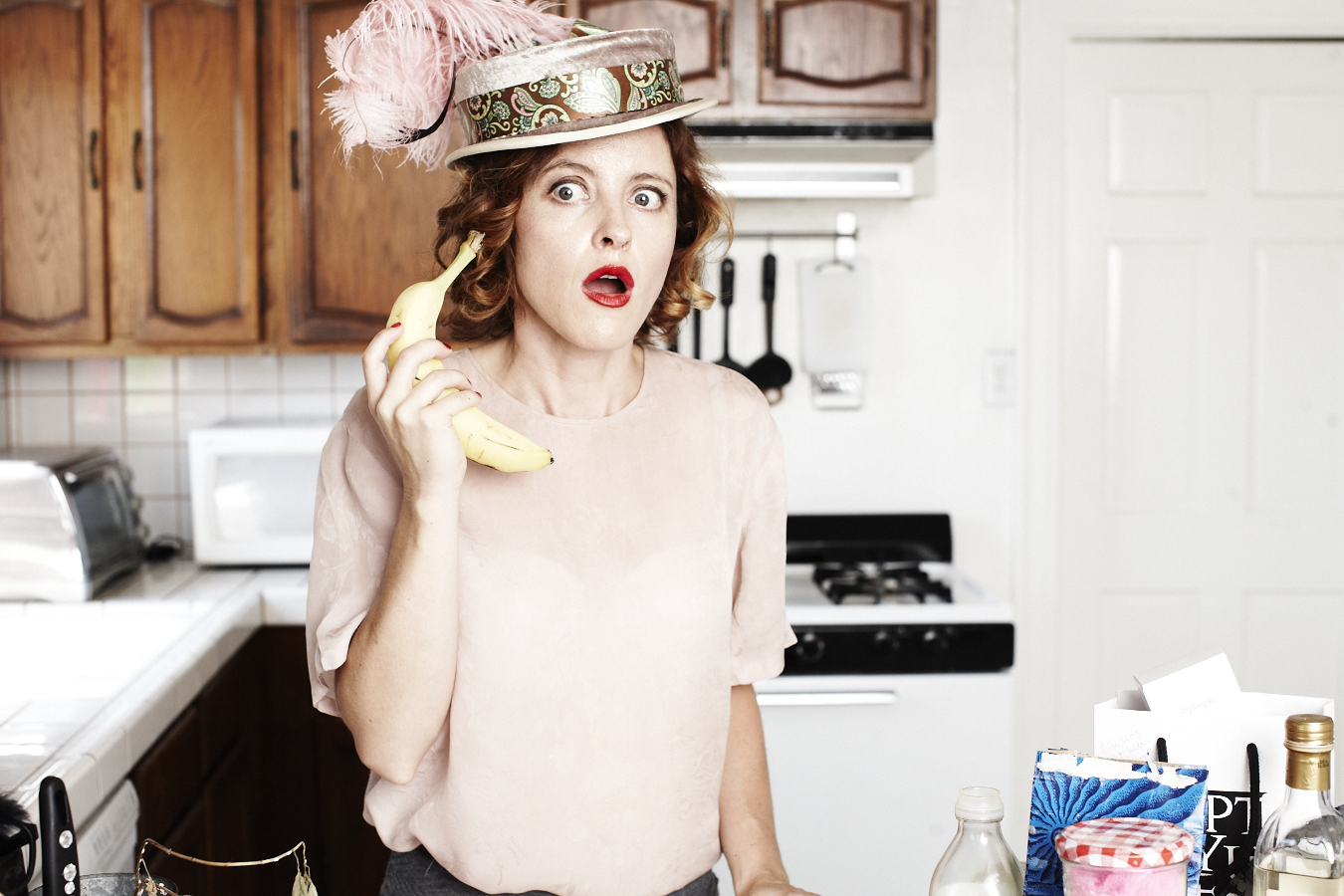