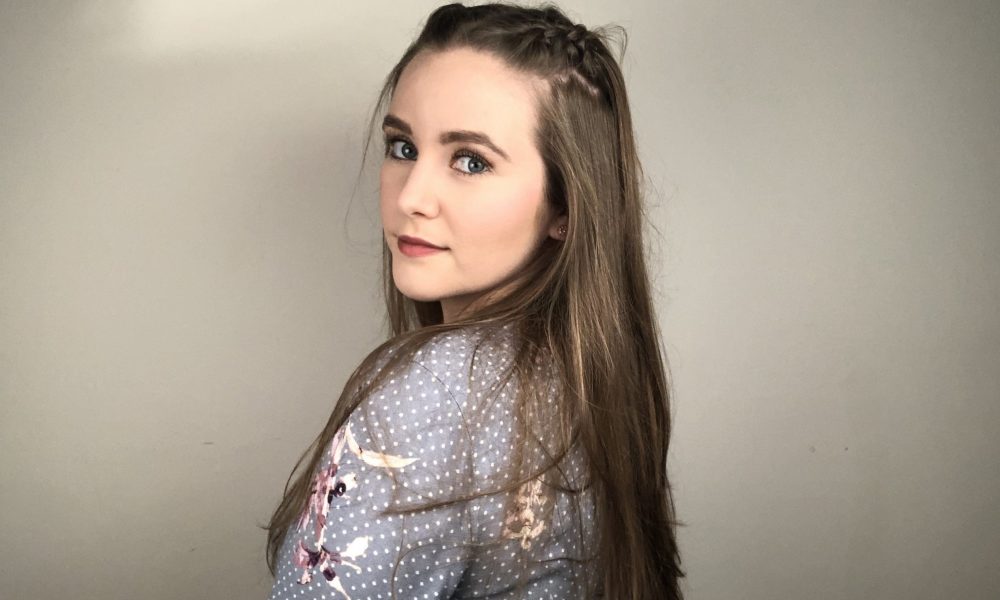 Today we’d like to introduce you to Martha Thatcher.

Martha, let’s start with your story. We’d love to hear how you got started and how the journey has been so far.
I grew up in an intensely musical family. My maternal grandfather was 9-time Academy Award Winning film composer Alfred Newman, and his influence on our family legacy is undeniable. Though he died two decades before I was born, I grew up listening to his music and the music of my other family members–From my film composer uncles Thomas and David Newman to my cousin Randy Newman to my incredible composer/violinist/violist mother, Maria Newman. For the entire time I was growing up, my four siblings and I would travel the country from music festival to music festival. I spent every summer surrounded by the most incredible collection of artists–From classical violinists to virtuosic singers to visual artists to spoken word poets. It was the most amazing way to grow up. As I got older and my family wanted to turn their focus back toward home, my parents founded the Montgomery Arts House for Music and Architecture, a performance venue in Malibu, California which is now the home of their concert series and summer festival.

Considering all this musical influence, it is not surprising that I started down my own artistic path when I was only five years old. My five-year-old foray into the world of music was as a teeny tiny violinist. I desperately wanted to be like my mother. Even at such a young age, I saw how she came alive when her violin was in her hand, and I could not think of something I would rather learn for myself. Though I did not carry my violin studies to the professional level like my parents, I am forever grateful for that first leap into this world of the arts. It taught me so much–from excellent sight reading skills to the reality of the discipline it takes to do this work.

By the time I reached my teens, it became evident that the violin was not for me. Thankfully, a new path emerged, full of passion and possibility. I had always loved to sing, from the time I was a child watching The Little Mermaid and belting out “Part of Your World” at all hours of the day and night (much to my mother’s equal delight and chagrin). And when I was in my early teens, I decided it was just about time I put my money where my mouth is and invest in my voice. I started out on this crazy, wonderful journey of turning your passion into an occupation. I joined choirs, enlisted the help of a string of talented professional teachers, and even began writing my own vocal music. After some time and a good deal of hard work, I began my professional vocal career as a regular featured singer at the Montgomery Arts House for Music and Architecture and at regional venues throughout the continental US.

Throughout my career, my interests have shifted and changed. I have gone from training classically, with a repertoire of primarily operatic standards to training long and hard in the world of musical theatre, to venturing into the vein of folk music. I am endlessly grateful for this journey and the opportunity to continuously perform in varying styles, as fits the organization with whom I am working on any given project. I am particularly glad that I was given the opportunity to train and work in musical theatre, as it introduced me to the great love of my life–Acting.

I began acting on the scholastic level when I was in high school, going on to attend drama school at the Oregon Center for the Arts in Ashland, Oregon. While in Oregon, I received three Kennedy Center ACTF Nominations for excellence in acting, and met some of the most incredible professionals–All of whom I have been honored to work with, and even more honored to call friends. Upon graduation from the OCA, I immediately went to work at the Oregon Shakespeare Festival, participating in their productions of “Hairspray,” “Macbeth,” and “Alice in Wonderland,” and composing and performing in a medley act for their annual Daedalus Fundraiser. I have been so fortunate in my career to work in a variety of mediums, from regional theatre to primetime television to film.

I’m now back in LA, spending my time focusing on some upcoming projects that I am very excited about!

We’re always bombarded by how great it is to pursue your passion, etc – but we’ve spoken with enough people to know that it’s not always easy. Overall, would you say things have been easy for you?
This industry can be very frustrating. For so long, it has been really focused on taking actors and forcing them into whatever box seems most fitting. But for me, I’m a character actor who looks like an ingenue. I have long hair and big eyes, but I am much happier playing someone ugly, raunchy, odd, or eclectic than I am the classic love interest that we have seen over and over again. That presents its unique challenges–Do you squeeze yourself into that box that people want to put you in? Will that help your career? Or do you take that leap of faith and trust that if you bring authenticity to the table it will be met with authenticity? I have always done my best to throw myself headfirst into authenticity. Because, at the end of the day, you look the way you look and you feel the way you feel. You can change your hair and your clothes and your makeup–But that doesn’t matter if you’re not being authentic. You can pretend to be what other people want you to be all day long, but if you’re not being true to yourself and what you really bring to the table, what is the point? People can see that. Casting directors, producers, directors, other actors, and, most importantly, the audience can tell when you’re trying to be something you’re not. So I have found it is most nurturing and fulfilling to my career and to my heart to bring Martha into the room and leave whoever that girl I think they “want me to be” out of the building.

That was something I really appreciated about my drama school. It is so easy to invest in product over person without realizing that as actors, we as people are our product. My teachers really took that to heart and emphasized to bring your “special brand of weird” into the room. Sometimes it will be just what they’re looking for and you will be booked and blessed until the next gig. Or, it might just not be what they’re looking for on that day. Being an actor and navigating this industry is hard enough without trying to be someone else. Let that shit go.

We’d love to hear more about your work and what you are currently focused on. What else should we know?
I have been so fortunate throughout my career to be able to have my fingers in so many pies. I have been able to perform the works of William Shakespeare when just a few weeks earlier, I was filming a raunchy Southern horror comedy. I have performed Sally Brown in an experimental production of “You’re A Good Man, Charlie Brown” and immediately flown back to LA to sing in a concert with classical musicians at the absolute top of their field. I have written and performed my own plays, songs, and poems. I have had the opportunity to do standup comedy to sold-out houses, perform live with Pat Benatar, and travel the country doing the work I love. When people ask me whether I like to work in theatre or film, I just say, “yes.” Do I like to perform musical theatre or folk tunes? Yes. Shakespeare or contemporary? Yes. I am so very pleased to be able to cultivate a well-rounded career and life.

I feel like a broken record, but I cannot overemphasize the impact growing up in a family of artists has had on me. My mother always put a strong emphasis on entrepreneurship. It is her philosophy that it is not enough to simply be booking work–You must always be exercising those muscles that keep you creatively stimulated and fulfilled. It is because of her that I have learned how to write music, sightread, produce my own work and that I am constantly cultivating new skills–Whether that be a new dialect to add to my list (A hobby that is very fun for me, and less fun for my partner who has to listen to me stumble through learning) or learning bluegrass instruments to use in my upcoming musical.

So, what’s next? Any big plans?
Now that I find myself back at my home base in Los Angeles, I am so thrilled to have the opportunity to work on the projects I have had to put on the back burner due to my work elsewhere. I have had a musical in the works for upwards of two years. I developed it with my writing partners in the summer of 2017, when Ashland, Oregon was blanketed for months on end in layers of thick wildfire smoke. The musical focuses on the struggles of three women in a fictional town in the panhandle region of Oklahoma in the early years of the Dust Bowl. It focuses on the efforts of these women to survive this natural disaster, and ultimately poses the question, “Do we stay and fight? Or do we run, and live to fight another day?”

The piece was workshopped in Ashland with Oregon Shakespeare Festival and local actors, and I am so excited to get it on its feet here in LA. I’m currently taking this time in quarantine to get the score up to snuff and ready to record as a concept album–Just as soon as it is once again safe to collaborate with the great wealth of actors and singers that Los Angeles has to offer. In addition to working on this project, I have had the wonderful opportunity to bring the concert series hosted at the Montgomery Arts House for Music and Architecture to audiences all over the world through streaming services such as Facebook Live, Youtube, and Instagram. Since the beginning of quarantine, we have put out one concert a month and endeavor to bring the experience of a MAHMA concert to the homes of those sheltering in place. It has been such a joy to be able to connect with artists and audiences that we might not otherwise have the opportunity to reach due to our location in comparison to theirs.

I have a project coming up that I am particularly excited about, as it has me teaming up with my good friend Grace Van Dien. I can’t say much about the project now, as the content is being kept under lock and key, but I can say that it is being filmed 100% while in quarantine. I’m so excited to finally be able to collaborate with Grace–We went to high school together and entered into the acting industry at relatively the same time. However, her roots in film and mine in theatre have meant that we haven’t had much crossover professionally–Until now! Keep your eyes open for this exciting collaboration!

I also have a short film set to release sometime in the next year that I am eagerly awaiting! Again, I can’t speak much on the content of the project, but it is in collaboration with Meredith Red (“Earth Day”), Eric Red (“The Hitcher”), and Cleo Elliot. I am so excited for audiences to see this piece.

For more information on upcoming projects, visit my website! 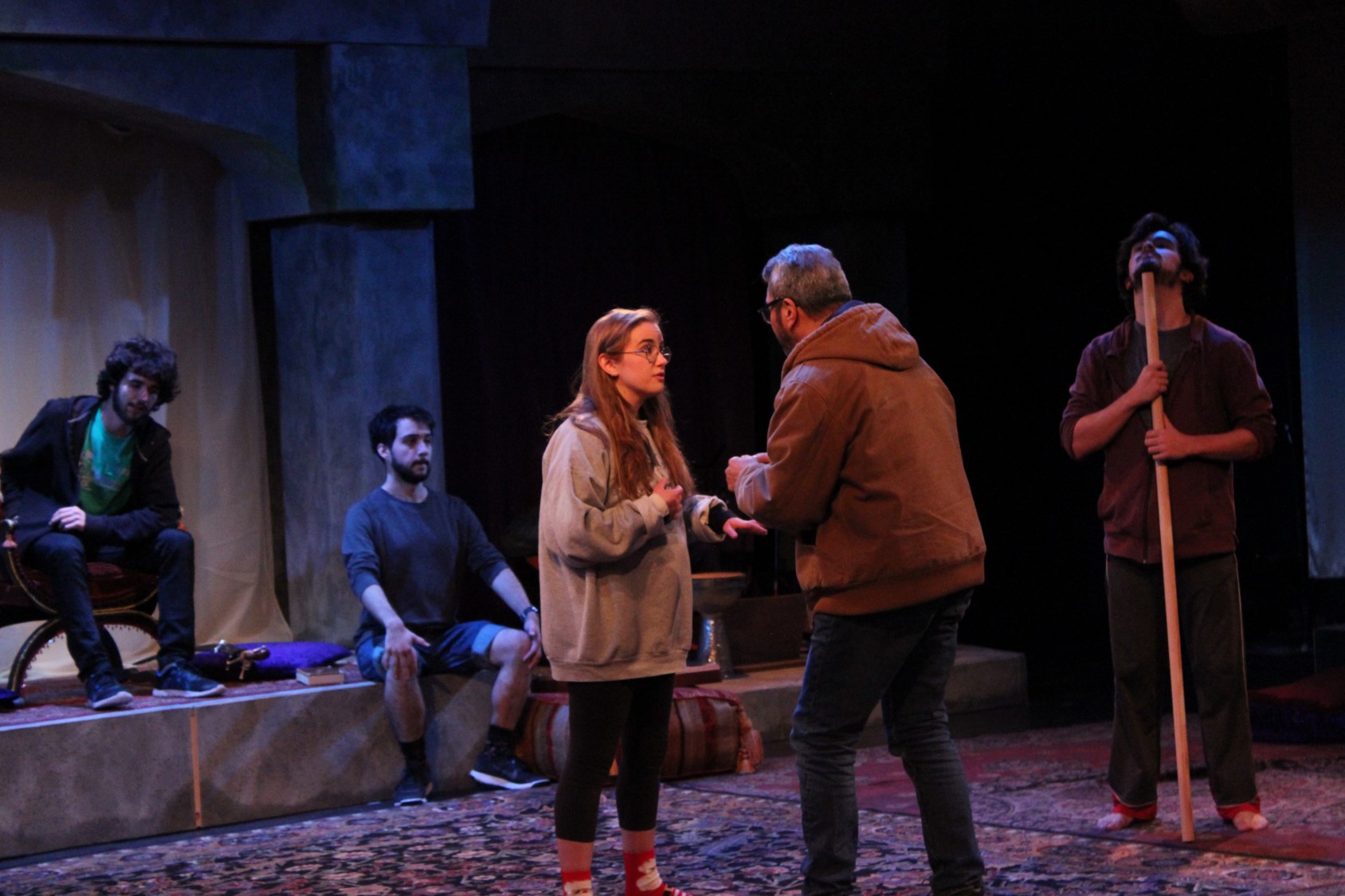 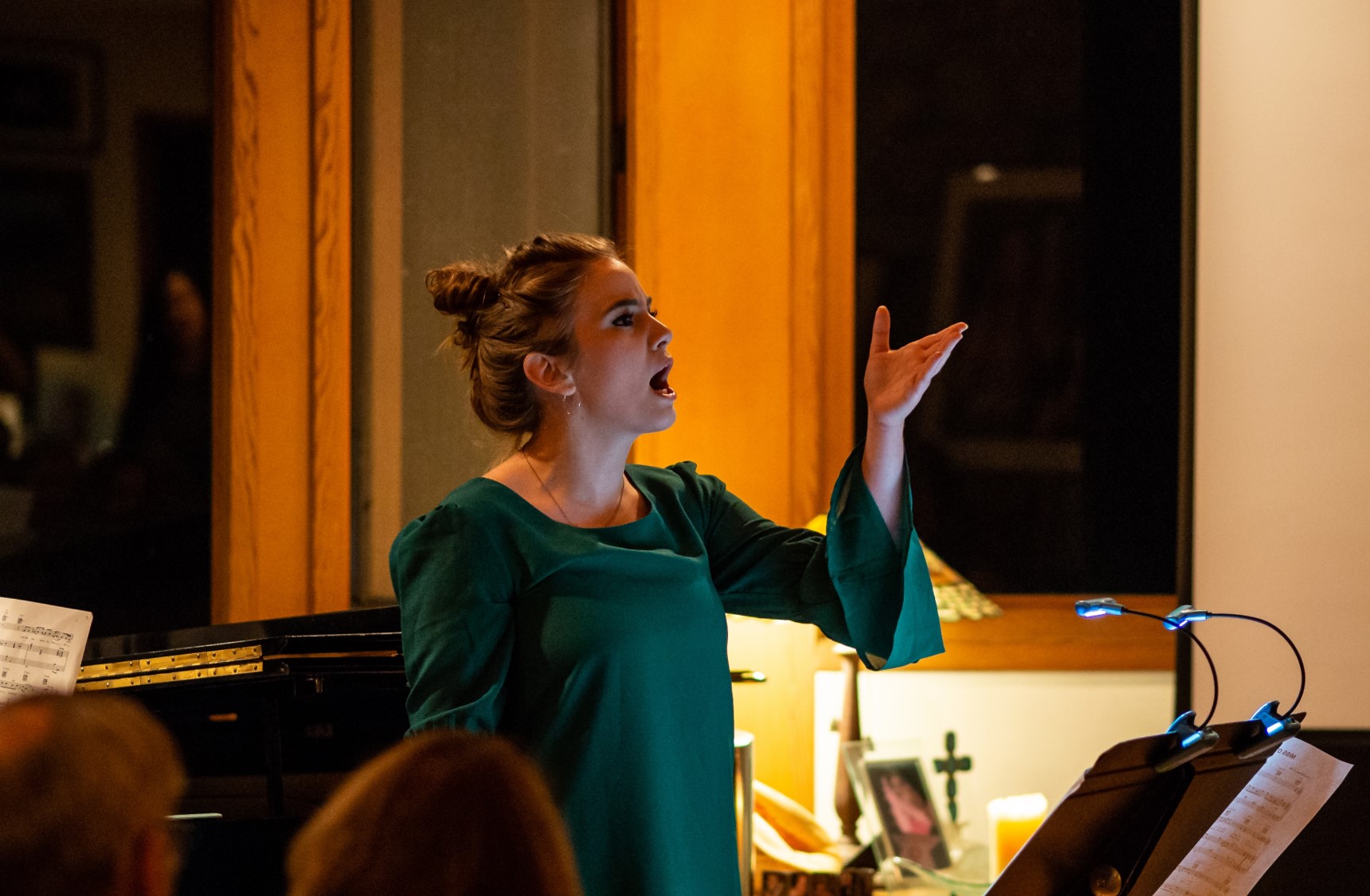 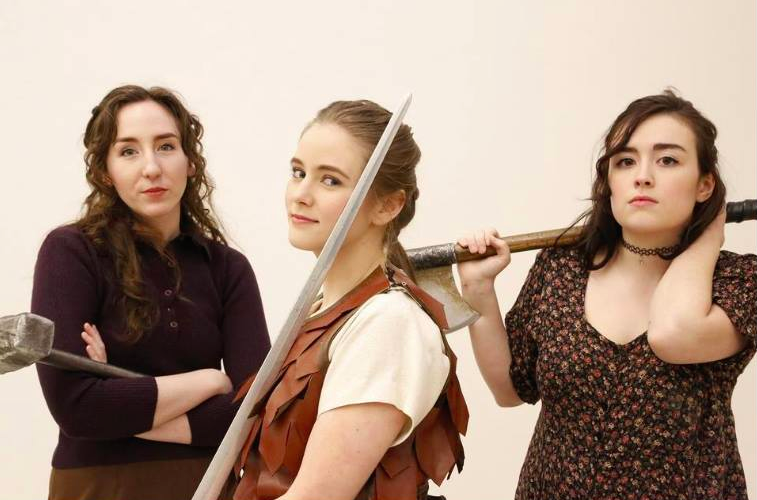 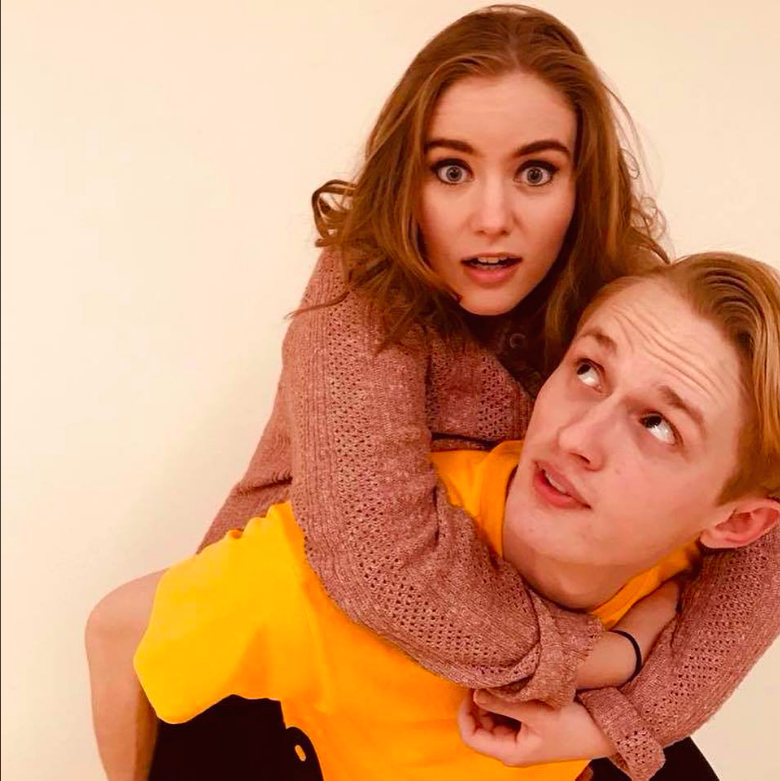 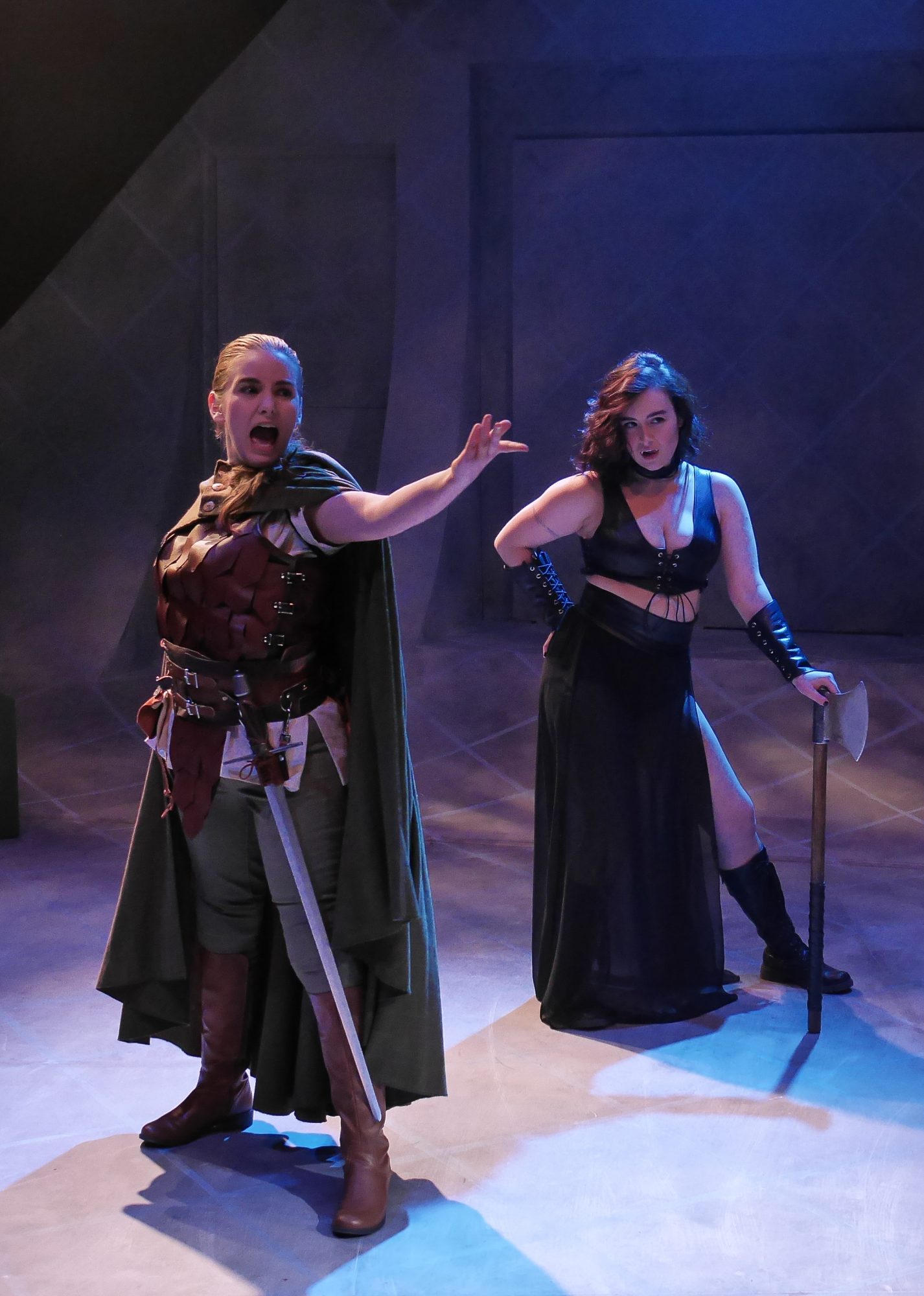 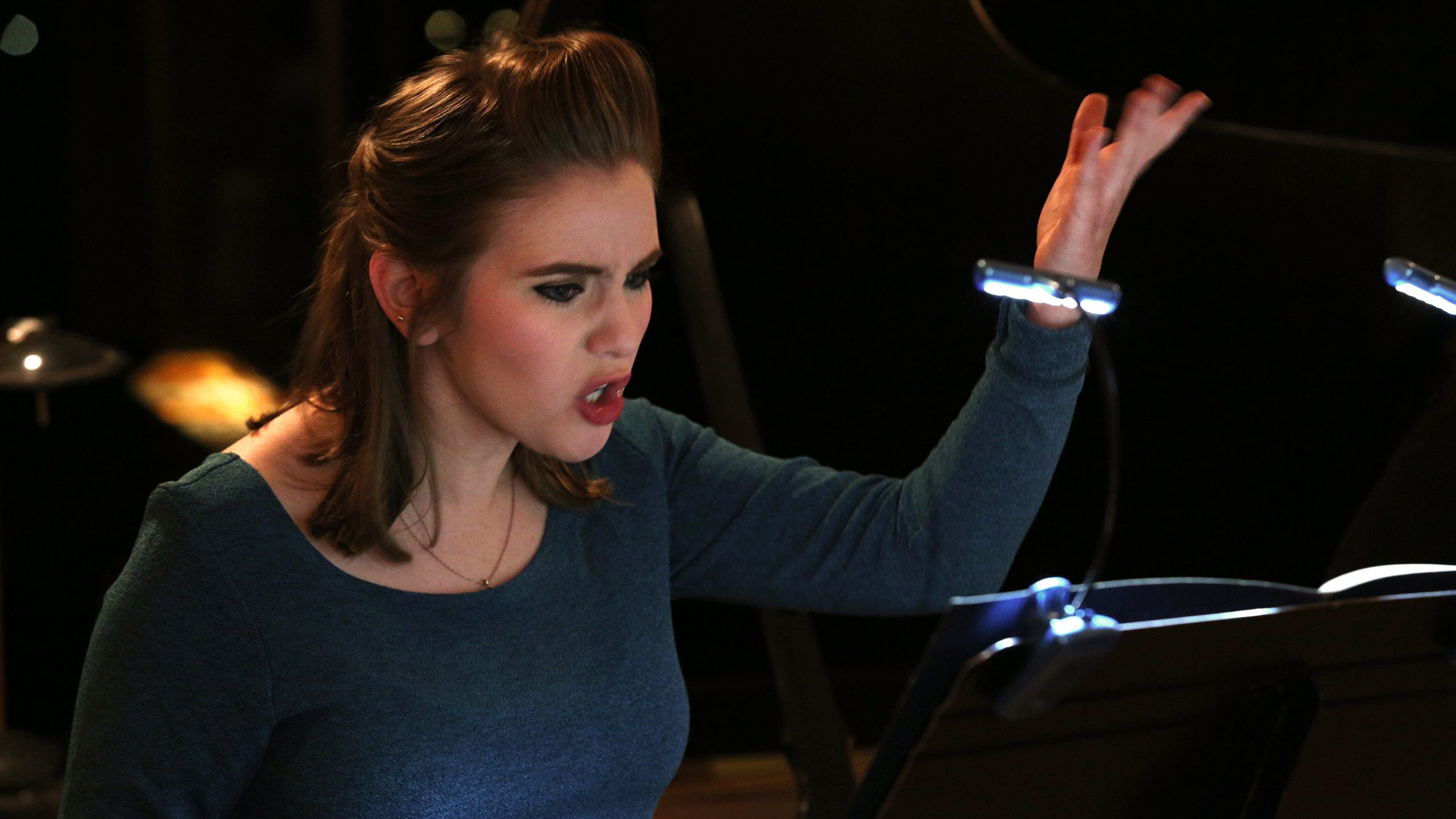 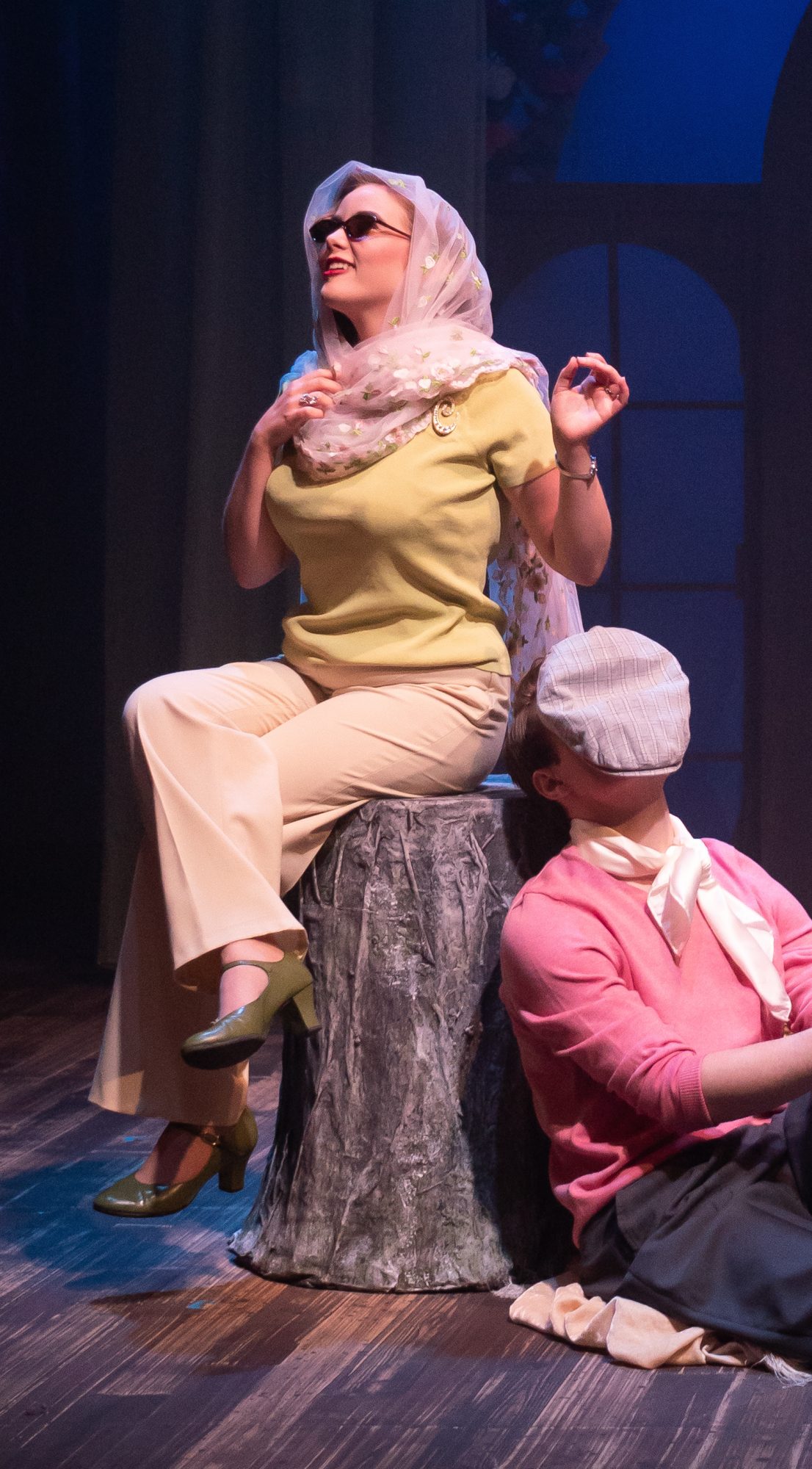 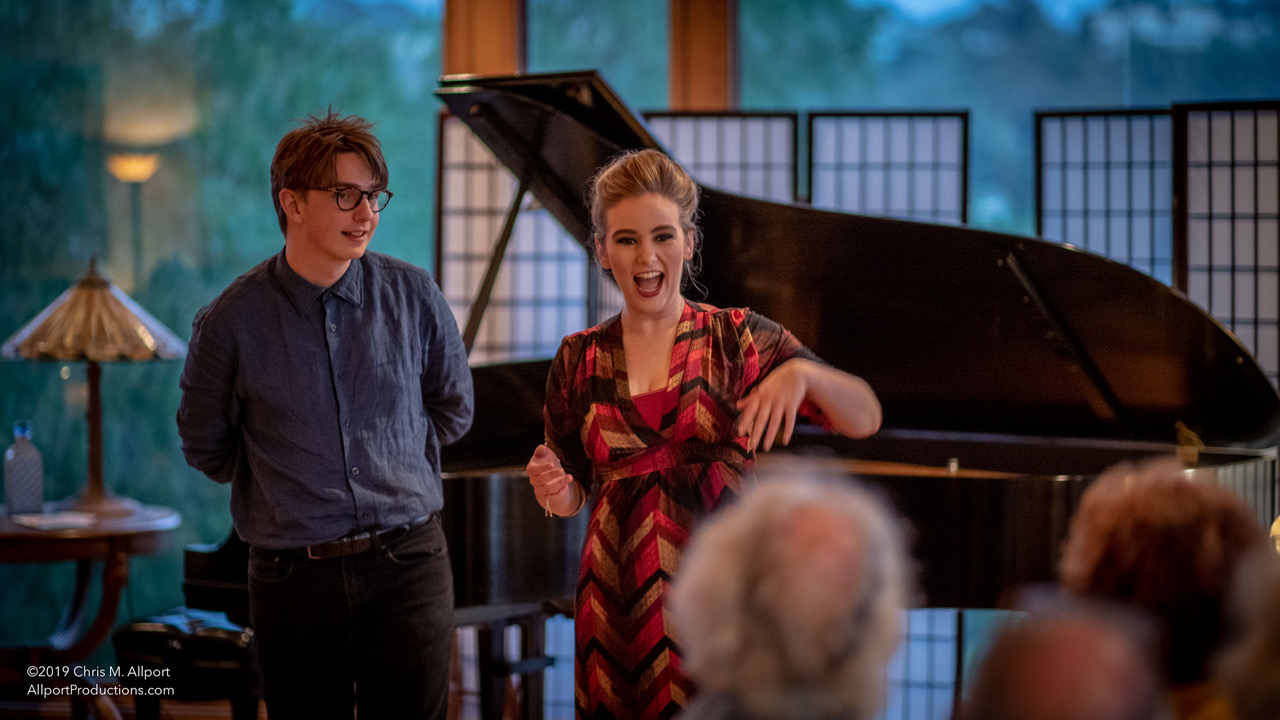