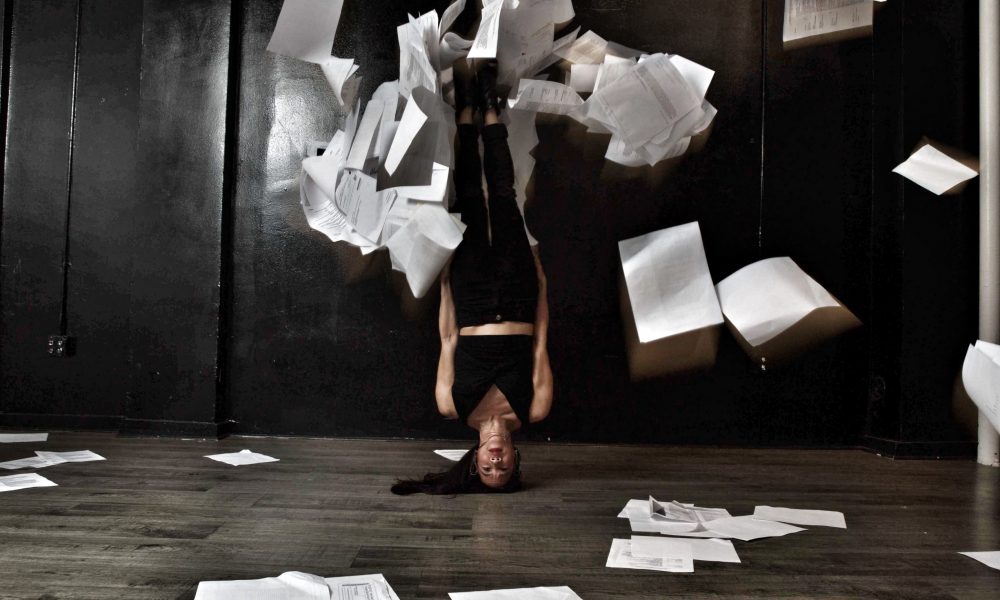 Today we’d like to introduce you to Marissa Labog.

Marissa, please share your story with us. How did you get to where you are today?
I started dancing at the age of four. When I was little I would put on shows for my family that lasted HOURS. I think in a moment of excitement or maybe self- preservation, my amazingly patient and supportive parents decided that I should do something with my “talent” and enrolled me in ballet. From that point on, the floodgates opened. I went on to explore not only other forms of dance such as Modern, Contemporary, Hip Hop, and Breakdancing, but also new disciplines like gymnastics, tricking, parkour, and martial arts, specifically karate, capoeira, and taekwondo.

After dancing in two ballet companies, Pasadena Civic Ballet and Inland Pacific Ballet, I attended Scripps College. I fell in love with storytelling and sought to explore the relationship of movement within narratives, resulting in my graduating with a BA in both Dance and English.

To further my creative education, for the next several of years I performed nationally and internationally as a principal dancer for seven Los Angeles companies: John Pennington Company with the famed LA Philharmonic, Regina Klenjoski Dance Company, Oni Dance, Rosanna Gamson Worldwide, Company of Strangers, Heidi Duckler Dance Theatre, and Jacob Jonas The Company (of which I am currently a company member).

During this time, my unique skillsets provided opportunities to (after thousands of auditions and hours of continued training) work in “the industry.” I performed with artists such as Tina Turner, Christina Aguilera, LL Cool J, as well as represented brands such as Nike, AT&T, and Coke. I worked in both television and film including the film “LA LA LAND,” which was an insanely magical experience. (Shout out to my amazing agents at Clear Talent Group)

Then in a crazy twist of fate, as I began to study acting at Diana Castle’s Imagined Life Studios, I was offered an acting role in a film called “Act Of Valor” which required stunt work. I met a handful of incredible stunt performers who saw potential in my diverse movement vocabulary and experience. They introduced me to the stunt community and began to show me how to train. Now, along with dance and acting, I continue telling stories as a stuntwoman, working on countless shows and films including the last Wolverine movie “Logan” as the X-23 stunt double, which earned me a SAG and Taurus Award nomination.

With all this experience under my belt, I am making my own work via my company UP Productionz. U.P. stands for “undeniably powerful,” “unapologetically present,” and “universal play,” that produces content for television, film, and theater. Incorporating all my passions and skill sets, I am striving to create work that celebrates difference and explores truths of the human condition.

Great, so let’s dig a little deeper into the story – has it been an easy path overall and if not, what were the challenges you’ve had to overcome?
Anytime you pursue what you are passionate about you’ll come across resistance and struggle. That’s an essential part of the journey. It’s how you learn and gain clarity of who you are, what is important to you, and what your uniqueness can bring to your art form.

Being a whopping 4’11” woman, I’m slightly out of the “normal” demographic, especially in industry terms so I had to clarify and express what my singularity is relatively quickly.

The early rejections forced me to explore other possibilities within my craft that had not initially crossed my mind. I’ve been very blessed to work remarkable jobs with incredible people.

I love my career thus far but something is brewing in my gut. I now know the content I want to create, what I want to be part of, and who of those I admire and respect I hope to work with. Without the exploration and the roadblocks, I would not have discovered this new mission and vision for UP Productionz.

Alright – so let’s talk business. Tell us about UP Productionz – what should we know?
UP Productionz is a collection of bold artists driven by artistic inspiration and creative need. Led by my Executive Producer Emily Wanserski and myself, we strive to reinvest meaning into movement and truth into storytelling. UP Productionz revels in the purity of the moment and believes in the transformative power of story.

At this point, I am most proud of the artists involved in the company’s first short — WHEN KIDS GROW UP. An action drama series exploring the harsh pathology of violence, this film follows a woman, who is savagely attacked by a group of vicious men, only to reveal her own brutal intent against them. There are elements of the narrative that go unanswered, as each character in WHEN KIDS GROW UP not only has a distorted view of physical force and pain, but also a warped emotional connection to the act.

Looking forward, we hope to further develop this story world into an episodic series, which I believe will provide the ideal structure to explore the layers of these characters’ complex minds. – WHEN KIDS GROW UP has won multiple awards: People’s Choice Award, Audience Award, Best Narrative, a Best Actress Award and nomination for myself.

In the interim, the short is making its way around the festival circuit, including multiple festivals here in Los Angeles, as well as Chicago, Austin, Toronto (CA), London (UK), St. Albans (UK), York (UK), and Maharashtra (IN).

Is there a characteristic or quality that you feel is essential to success?
I simply love what I do. I want to know everything about it, make myself the best I could be, and explore all possibilities. The primary thing that drives me is my desire to continue to learn and be versatile, which results in an insurmountable amount of grit.

This is why on my days off you’ll find me in ninja training at the gym “Joining All Movements,” balanced with the practice of exploring alternate ways of living in acting class at “The Imagined Life Studios.” I will then push my physical expression in rehearsal or dance training, analyze the story in a writing session at a coffee shop with friends, to finally collapse on the floor with my three amazing pups. 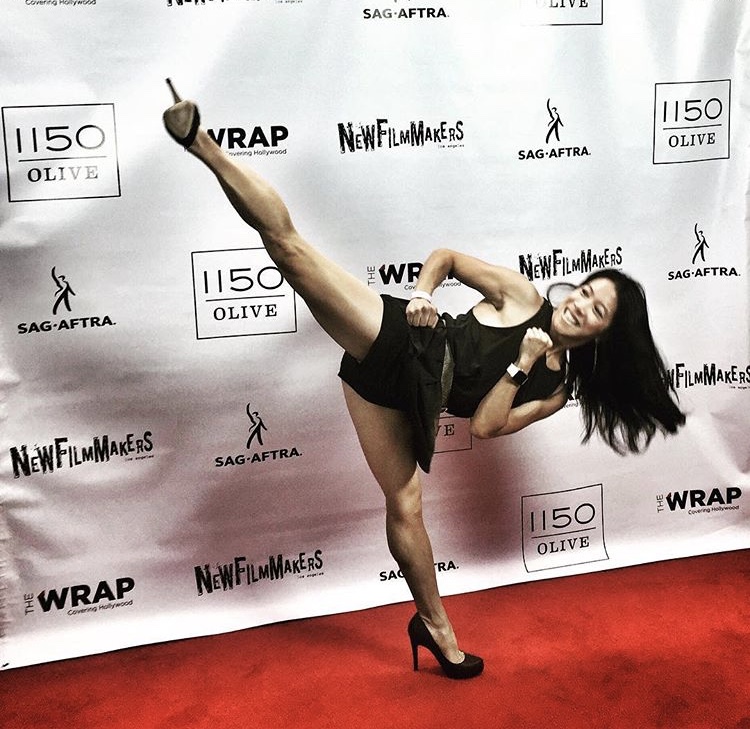 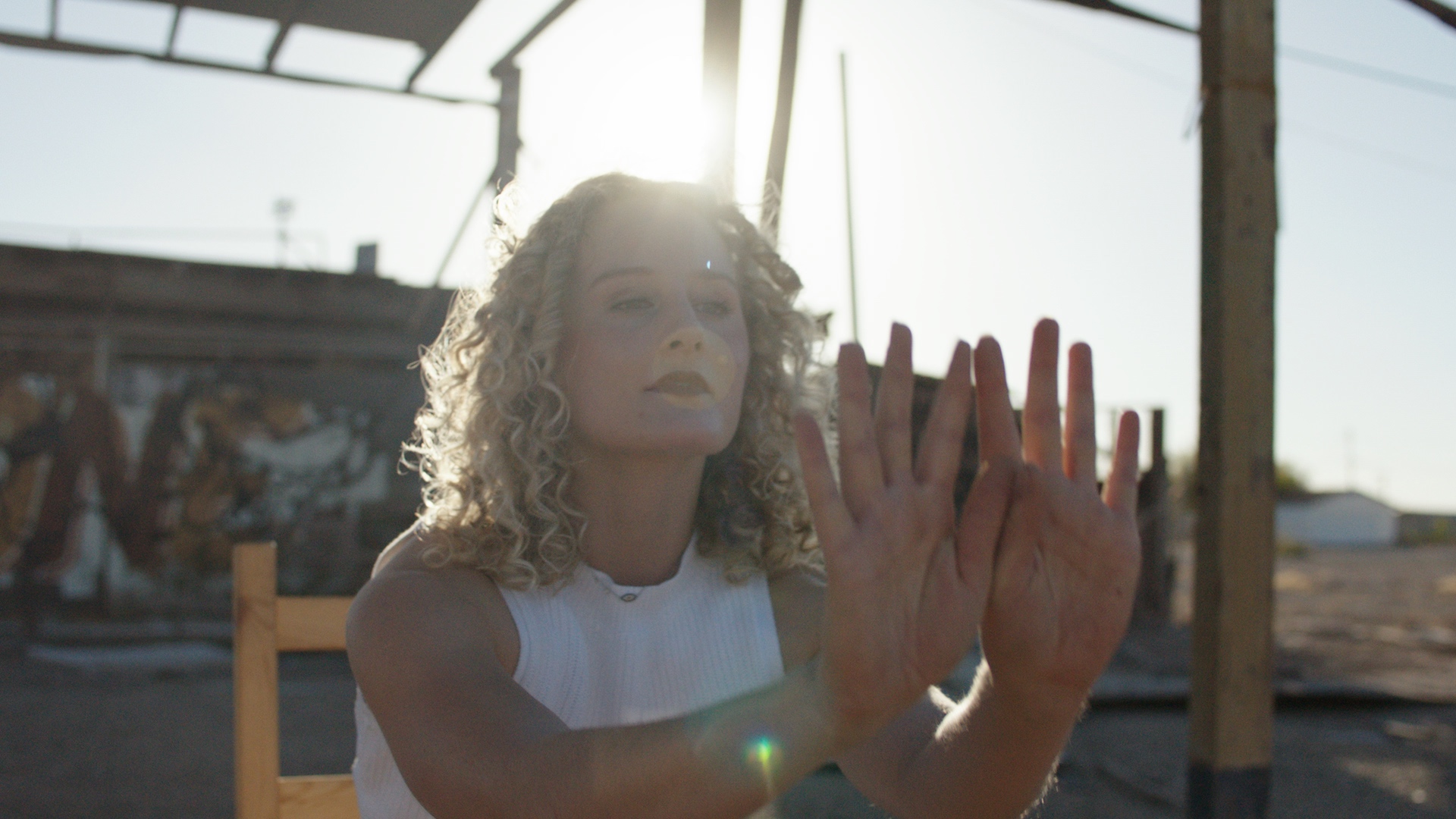 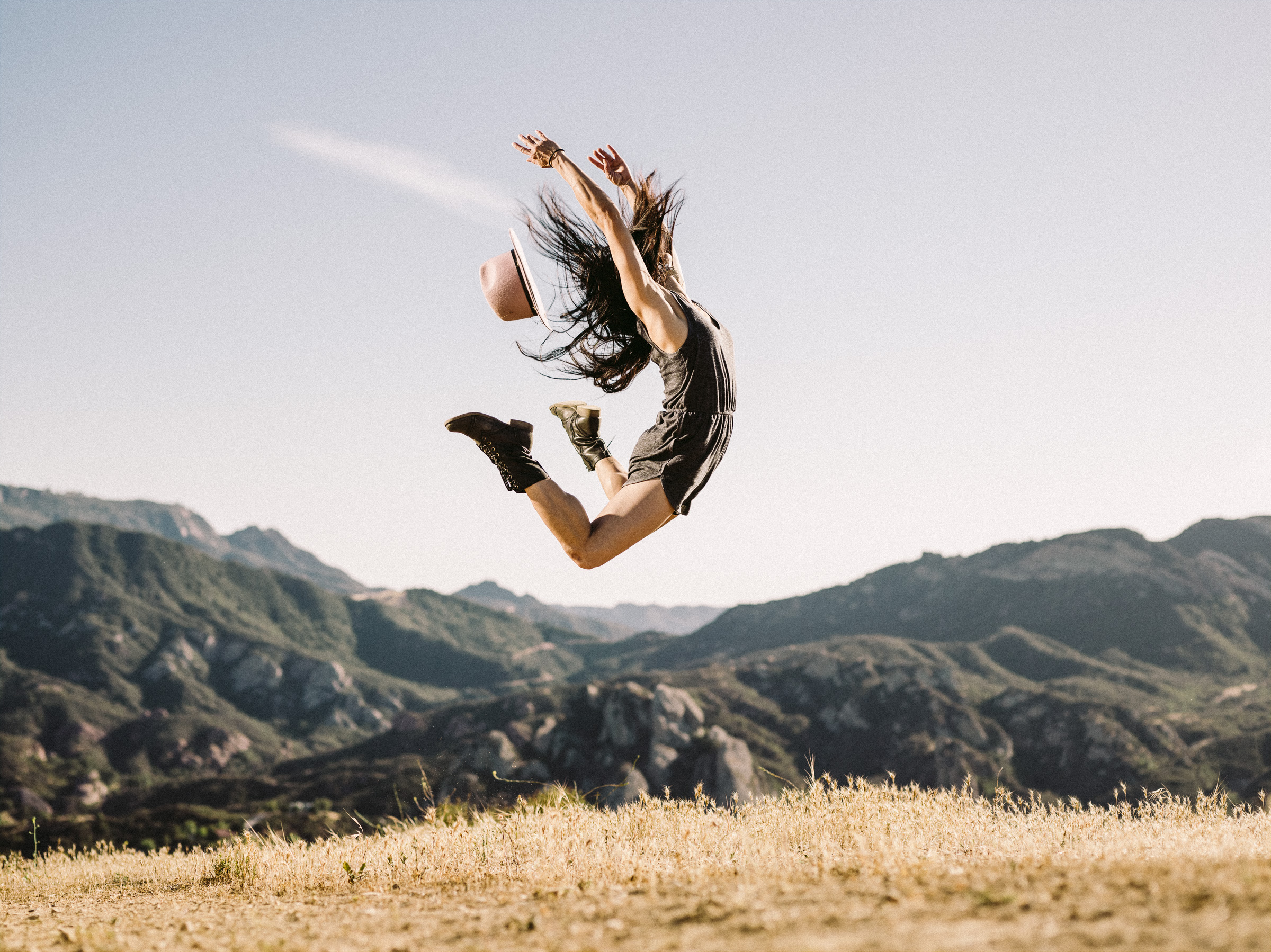 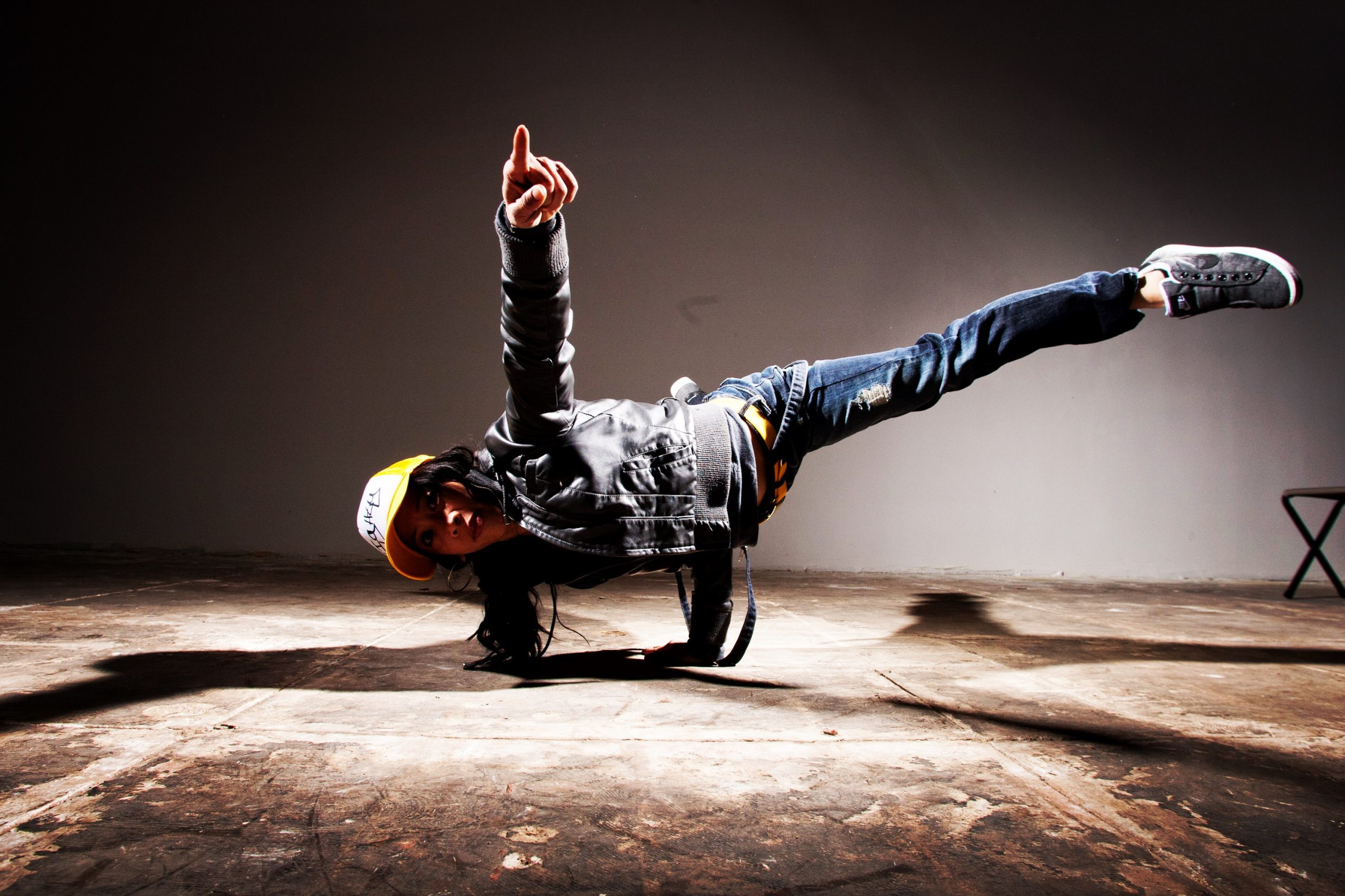