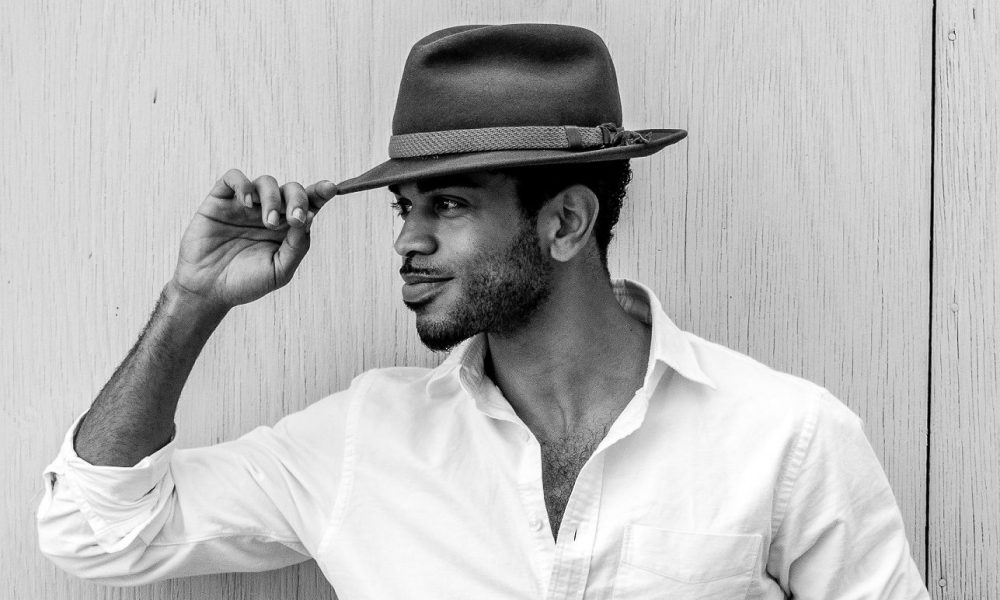 Today we’d like to introduce you to Luis Alves.

Luis, please share your story with us. How did you get to where you are today?
I’m a nineties kid who had an amazing childhood growing up in the Rotterdam, Netherlands. I was born on the Cape Verdean Island Santiago. That’s the island that my dad grew up on. My mother was born and grew up on the island Fogo. My dad owned a car shop in Cape Verde but often traveled too different continents for his company. He spends a lot of time in Europe especially around the ports of Rotterdam. After a few years of establishing his business in the Netherlands, he decided to move the entire family over to Rotterdam. That included my two brothers, one sister, my mom and myself. I’m the youngest of four. I was two when we made a move to the Netherlands.

After a few years, my mom and dad split up. My dad moved back to Cape Verde, and my mom stayed in Holland with the kids. I spoke Creole (Portuguese dialect) at home and learned to speak Dutch when I started attending school. As a kid, I spent a lot of time in front of the TV and was able to pick up the English language. My older brothers where big fans of American movies, and of American media in general, so I got exposed to all the classic films early on. It sparked a desire to create characters and tell stories. I love the way I felt after watching a movie. I was usually left inspired to be better.

Sometimes it would introduce you to a completely new world. Sometimes it would bring my entire family together. And sometimes it would simply be entertaining. As a kid, I was always creating something somewhere. I loved being creative. I used to spend many hours wondering through my imagination as a kid. Once a joined my theatre group in Rotterdam I felt that being on stage was a great platform to express all these creative creations of mine. I played all kinds of sports (soccer, basketball, track) growing up until I found acting when I was nine years.

I joined the theatre group in Rotterdam and ran with them until was 19 years old. I had the opportunity to perform all over the country. I got the opportunity to host a Cape-Verdean TV-program in the Netherlands during my teens. I had the desire to continue my studies in acting abroad, so I started looking into four years programs. I eventually decided to move to Los Angeles and started my program at Santa Monica College. I eventually completed my programs at the University of California, Los Angeles and California State University, Northridge.

I started working professionally as an actor in 2014. I have worked on a variety of commercials, voice-overs, and films. The most memorable projects I’ve worked on are “Johnny Shadow” (Film), Wolves and Sheep (Film), FIFA (Videogame – Dutch voice-over) and Lenova (National commercial).

Great, so let’s dig a little deeper into the story – has it been an easy path overall and if not, what were the challenges you’ve had to overcome?
We all encounter our own fair share of obstacles. The way we deal with them is a huge factor in determining the outcome of our lives. As difficult as it has been, I’m nonetheless grateful for the obstacles as they’ve positively contributed to the building of my character. I moved the U.S. on my own, so it has been difficult to build new friendships and maintain the ones I have at home. I grew up with a small family and always valued my family, so I make it a priority to see them at least a few times a year.

As a foreigner in the U.S., I have experienced a lot of visa problems. I moved to this country on a student visa and then transitioned to a temporary work visa. Certain major movie studios do not accept visas. So subsequently there are certain movie studios I simply aren’t allowed to audition for yet. Another problem I face with being on visa is that it takes studios more time to process. I’ve missed out on several projects I booked due to studios not having enough time to process my paperwork.

This past year, I booked a role on the new ABC show “The Rookie.” I received the call that all actors hoped for from my manager and got the news that I booked a guest role on “The Rookie” and that I shoot tomorrow morning on the ABC lot. After a few hours, I received word from my manager that the producers didn’t know I was on a visa and didn’t have enough time to process it, so they must move to their second pick for the role. And just like that, I lost the job.

This is, unfortunately, one example of many for me. I know I’m not the only foreign actor to run into these problems, and I have received a lot of encouragement from foreign actors who work in Hollywood that it will get better.

We’d love to hear more about what you do.
What sets me apart is that I am a learner. I’m always reading, watching interviews, studying my craft, meeting with people that are living what I want to do, and I pride myself in consistently taking action towards my dreams. I also think that my upbringing in Europe by African parents have provided me with a rich culture and a unique outlook on the world. One of the projects I’m proud of is Wolves and Sheep. This film provides a dark account of the horrors within child-trafficking. I felt proud to be a part of this because its a topic that needs more awareness in order to effectively eradicate it.

In this film, I embodied and portrayed an intimidating character, Ron, who is being consumed by all that the underworld offers. The film follows Ron and his partner, Lucy, as they attempt to transport their victim. The project screened at Warner Bros Studios and was nominated for the Santa Fe Independent Film Festival and Fantastic Fest. This project gave me the space to build this character from head to toe. I have a certain interest in building characters off of their physical appearance, so I played around with dark themed clothing, tattoos, jewelry.

My most recent project Decomposition is a modern fairy tale. It’s the story of a girl named Grace who grows up dreaming of becoming an author, but who ultimately puts that dream aside in pursuit of a more “practical” job. She then learns that the consequences of denying once legend can lead to strange losses. She starts crying ink, and the ink is spelling out words. The words also leaks out of her ears and eyes and after they do she no longer understands their meaning.

My character is a painter who she meets mid-way the movie, I am also denying my dream of being a painter, and consequently, I start losing my “colors” through tears. In the film, we help each other find back our true creative selves. The film is currently running the film festival circuit. The film is produced by the Culver City-based production company, Salt.

What moment in your career do you look back most fondly on?
One of my proudest moment was in 2017 when I entered the ABC Showcase, its a yearly national talent competition held by The American Broadcasting Company (ABC) who is one of the four major television networks in the United States.

The ABC showcase garners more than 7000 submissions nationwide, and it provides actors a platform to display their talent to casting directors, producers, agents, managers, and the studio. I managed to make to the final ten.

This led to getting several offers from managers and agencies interested in signing me. I ended signing with the notable Coronel Group and Savage agency. 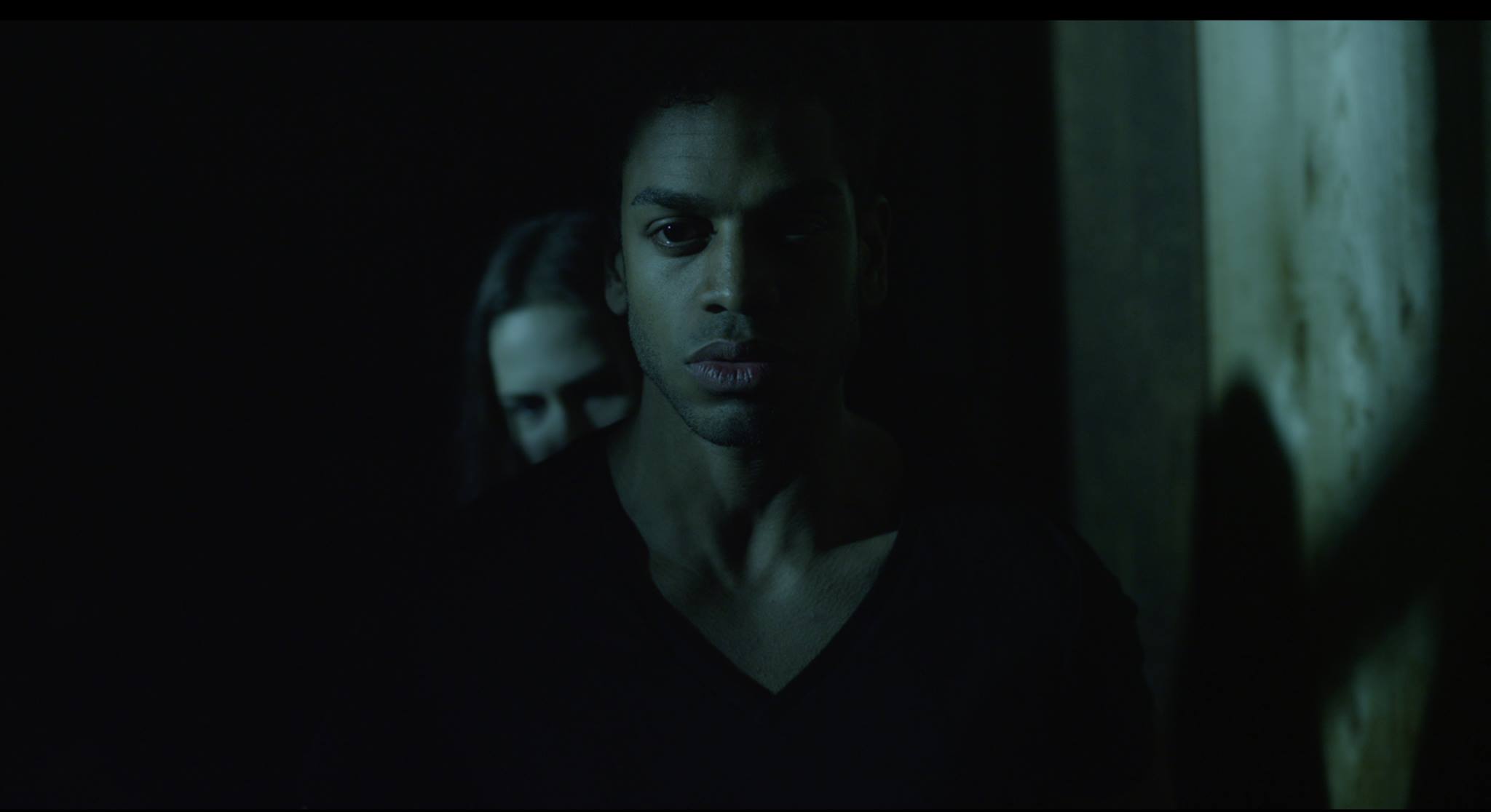 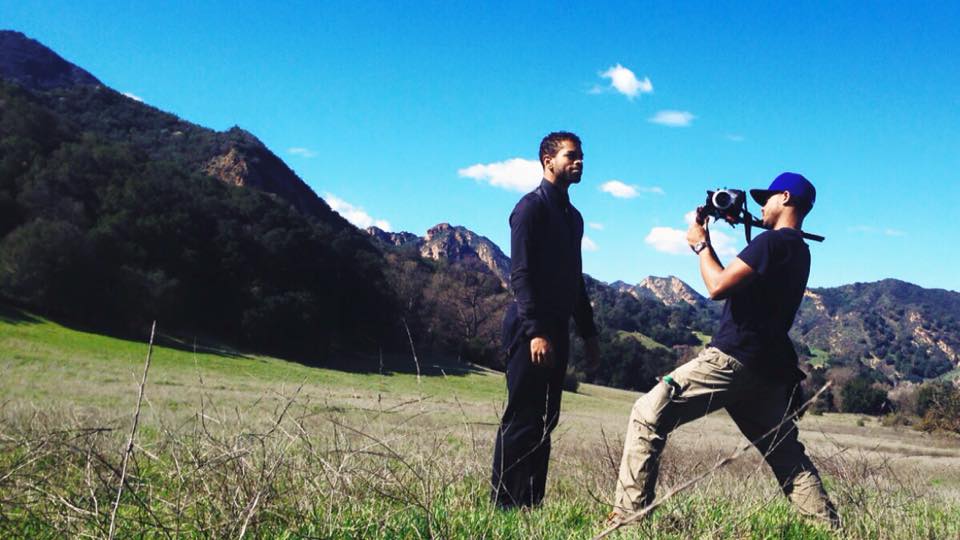 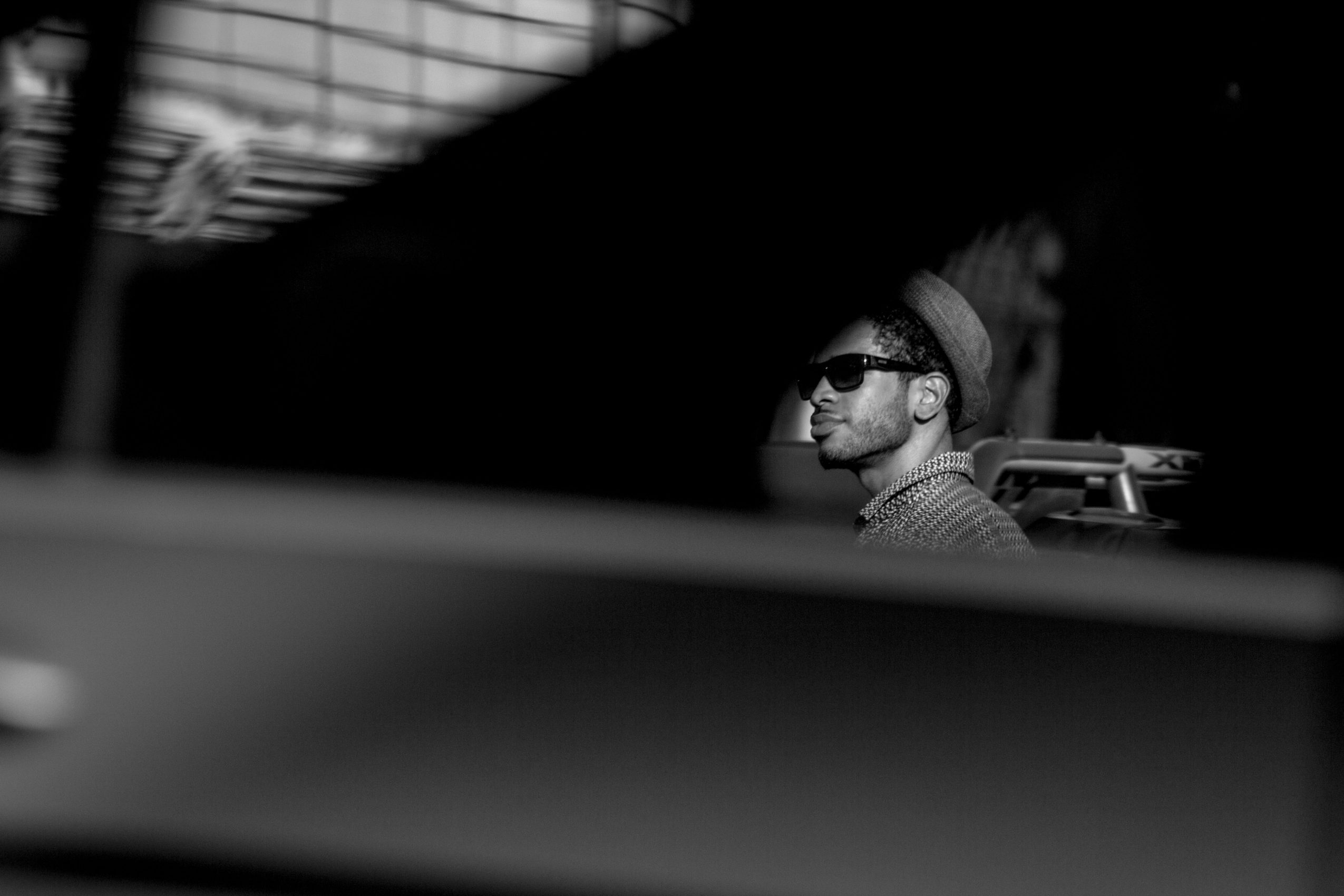 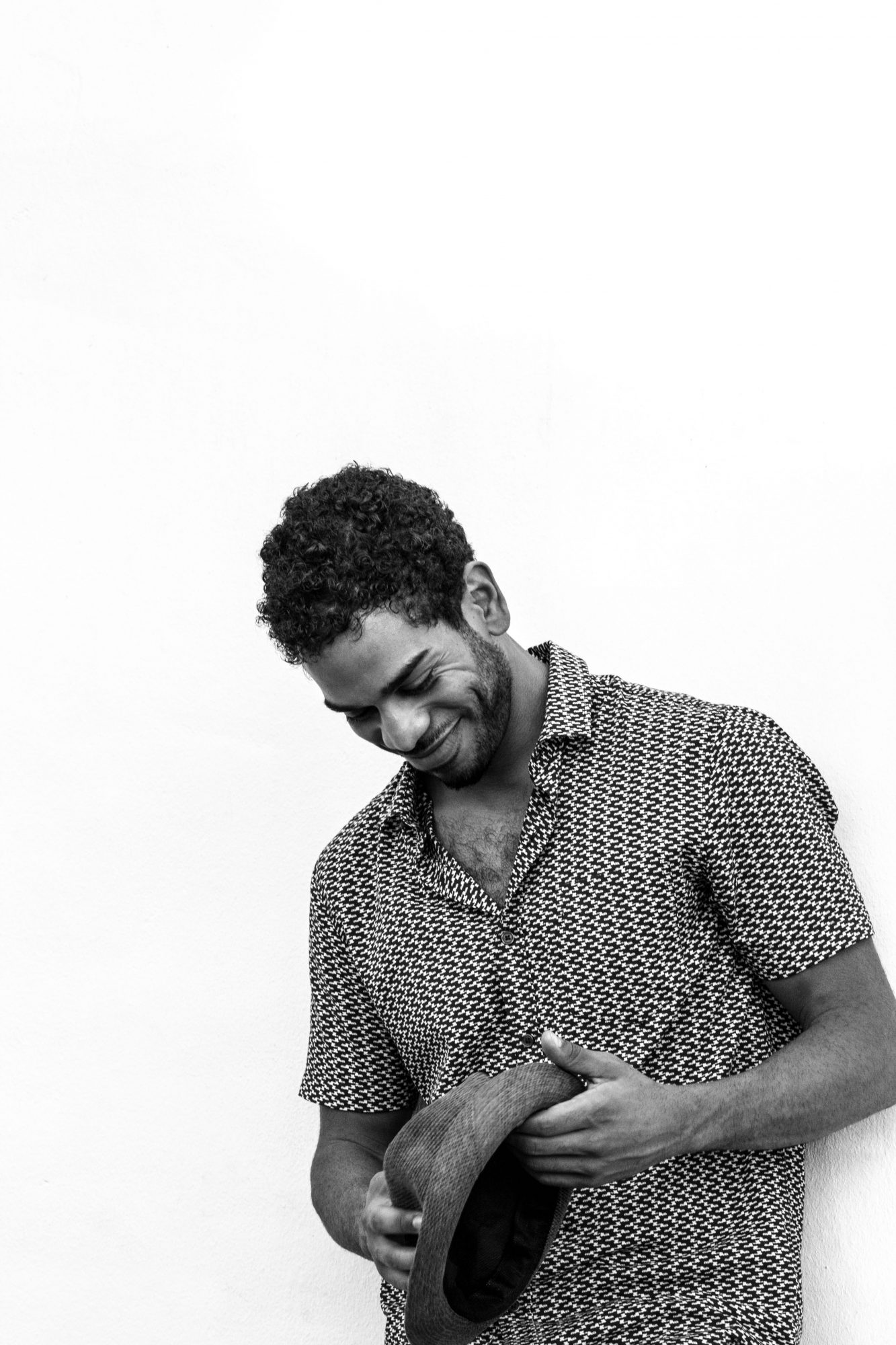 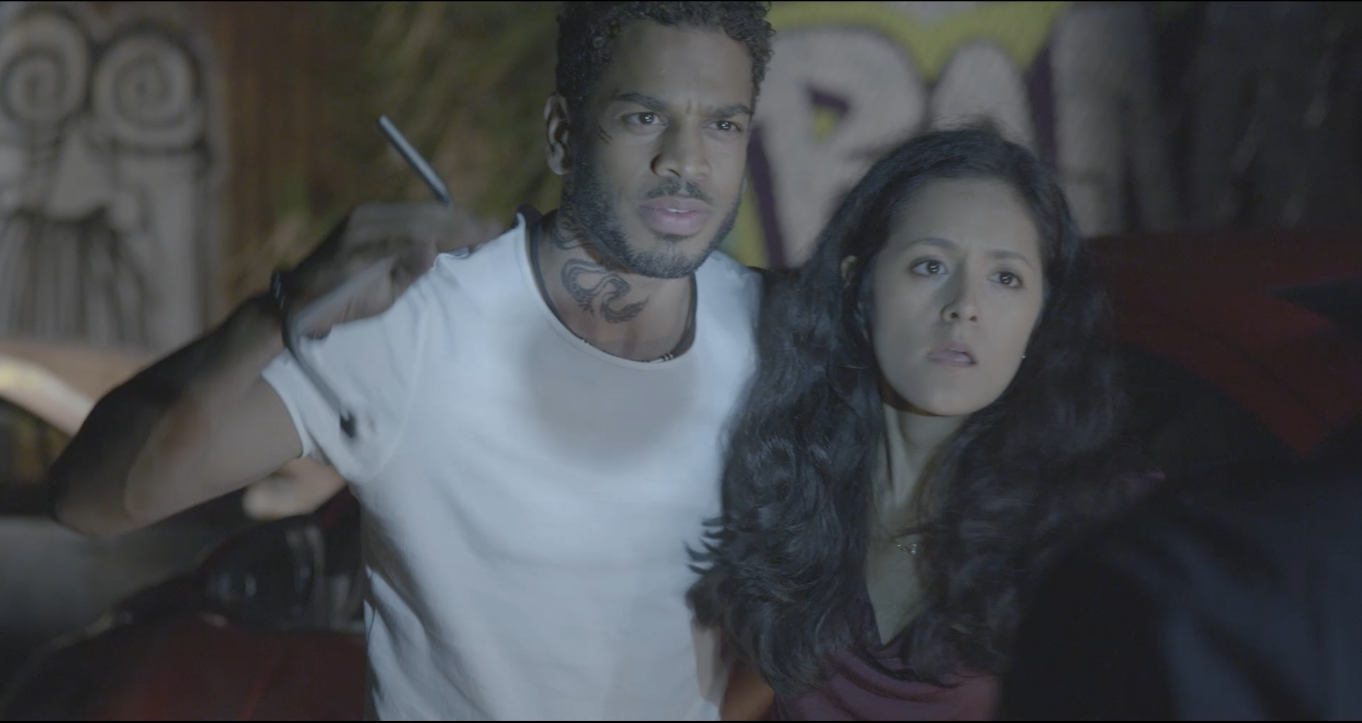