Meet Kristal Adams of Too Sensitive for Comedy in Pasadena 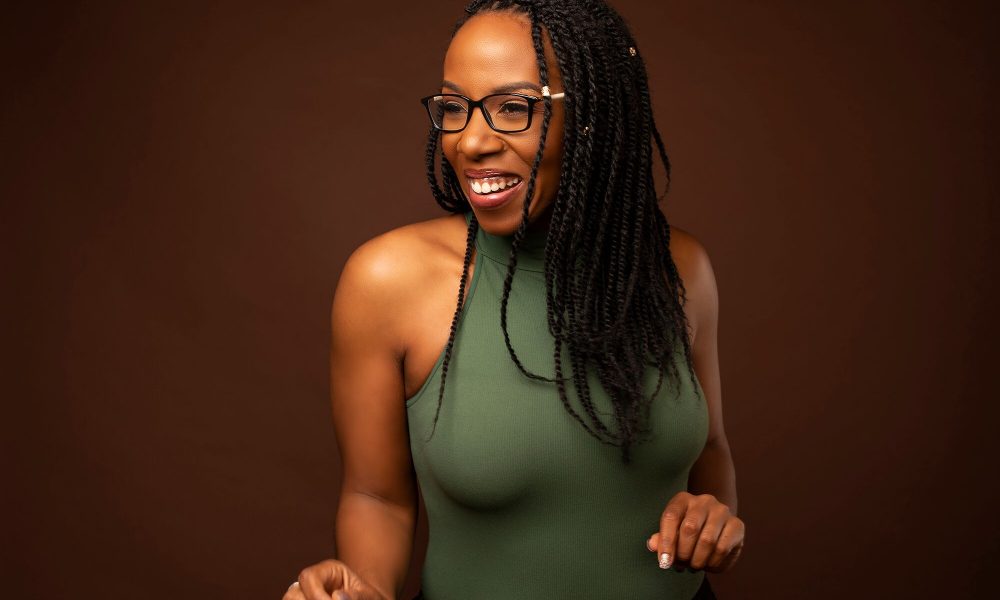 Today we’d like to introduce you to Kristal Adams.

Thanks for sharing your story with us Kristal. So, let’s start at the beginning, and we can move on from there.
When I first started stand-up comedy I was positive there wasn’t room for me. I’ve always been a very sensitive person. Things in the environment, moods and words really affect me, especially things like negative feedback and critique. Stand-up comedy has always been sold to me as this thing that only tough people do because they can take anything that is thrown at them. In fact, I think it’s a pretty mixed bag from the super tough to the über sensitive.

I went to my first comedy open mic after my improv class session ended because, honestly, the open mic was cheaper. I now laugh at the thought of ever thinking stand-up comedy is cheap. However, prior to all of this I had studied Shakespeare, dance and worked in Arts and Entertainment Administration. I’ve been on stage pretty much since the age of two, dancing, singing and acting. As I’ve grown more comfortable with the joke writing aspect of comedy, I’ve been grateful for my performing background which often allows me to surprise the audience in effective ways.

I’m proud to say that the first mentor in the entertainment industry was Ms. Debbie Allen. In working with her I developed skills in event production and marketing as well as learning how to position myself as a creative person of influence. When I began stand-up I naturally saw it as platform to bring together all of the skills I had learned from her and many others. Hence, within my first year of doing stand-up, I produced two extremely successful comedy shows that catered to and celebrated an audience of women called Treat Yo’self. By my fourth year I produced an open mic that partnered with a community grocery store in South LA.

The open mic ran for two years there in addition to a show we produced with the store call To Comedy, With Love. I now produce two monthly stand-up shows, Townies at Skiptown Playhouse, which I co-host with Kevin Anderson and The Cookies & Sweatpants show (currently on hiatus), which I host from my home in Pasadena. I’m also a contributing writer on The Nigh Cap with Stacy Rumaker, a monthly live comedy show covering politics and pop culture.

Overall, has it been relatively smooth? If not, what were some of the struggles along the way?
When you’re in the midst of your first few years of stand-up it’s really easy to think that nobody feels what you’re feeling. I looked at my seniors in the field and considered how far I was from where they were. I felt far from them in their careers but even more their nonchalant attitude. I envied their “I don’t give a *$@!” attitude because I thought it would make things easier.

Fun fact: I cried a lot my first year of stand-up! Five years in, I still consider myself a sensitive person but the things that bother me have shifted. Also making friends in comedy has been helpful in realizing that most comics feel at least a little bit of everything that I’m feeling. I’m more and more of the opinion that we’re all a little too sensitive for comedy.

Please tell us about Too Sensitive for Comedy.
Prior to starting my podcast I began studying the careers of comedians I looked up to the most: Maria Bamford and Nicole Byer. What I love about that is that they show us is what it looks like to lean in fully to all the parts of yourself, even the parts that the industry has considered a liability.

Consequently, my podcast, Too Sensitive for Comedy, is about and is named after the very thing that is my own liability in stand-up comedy. I’ve always felt that if there is anything that could cause me to quit, it is the fact that I am a highly sensitive person. It is not a popular identifier in the comedy world. But it is honest and I think more people identify with it than even would care admit.

The podcast is a bit niche, and I know some people may think that this is a podcast specifically for stand-up comedians. Ultimately, however, I believe the podcast is about finding your place in any field, any industry, any environment that antagonizes or tries to diminish an aspected of your spirit. A lot of careers of very talented people have been cut short because of this feeling, and I’d love to help people feel less alone.

As for my comedy shows, I think the one thing I am known for and the one thing I am the most proud of is that the audience AND the comics have a good time. I strive to never sacrifice one for the other. It’s easy to spot an audience having a good time or not. But when a comic comes up to you and says, “this show helped me remember why I do stand-up” you will never forget it.

If you had to go back in time and start over, would you have done anything differently?
If I had to start over, I would just believe in myself even more. I’ve abandoned so many premises for jokes because my standards at the time were higher than my skill. I wish I had kept better track of even the ideas I didn’t think would go anywhere. 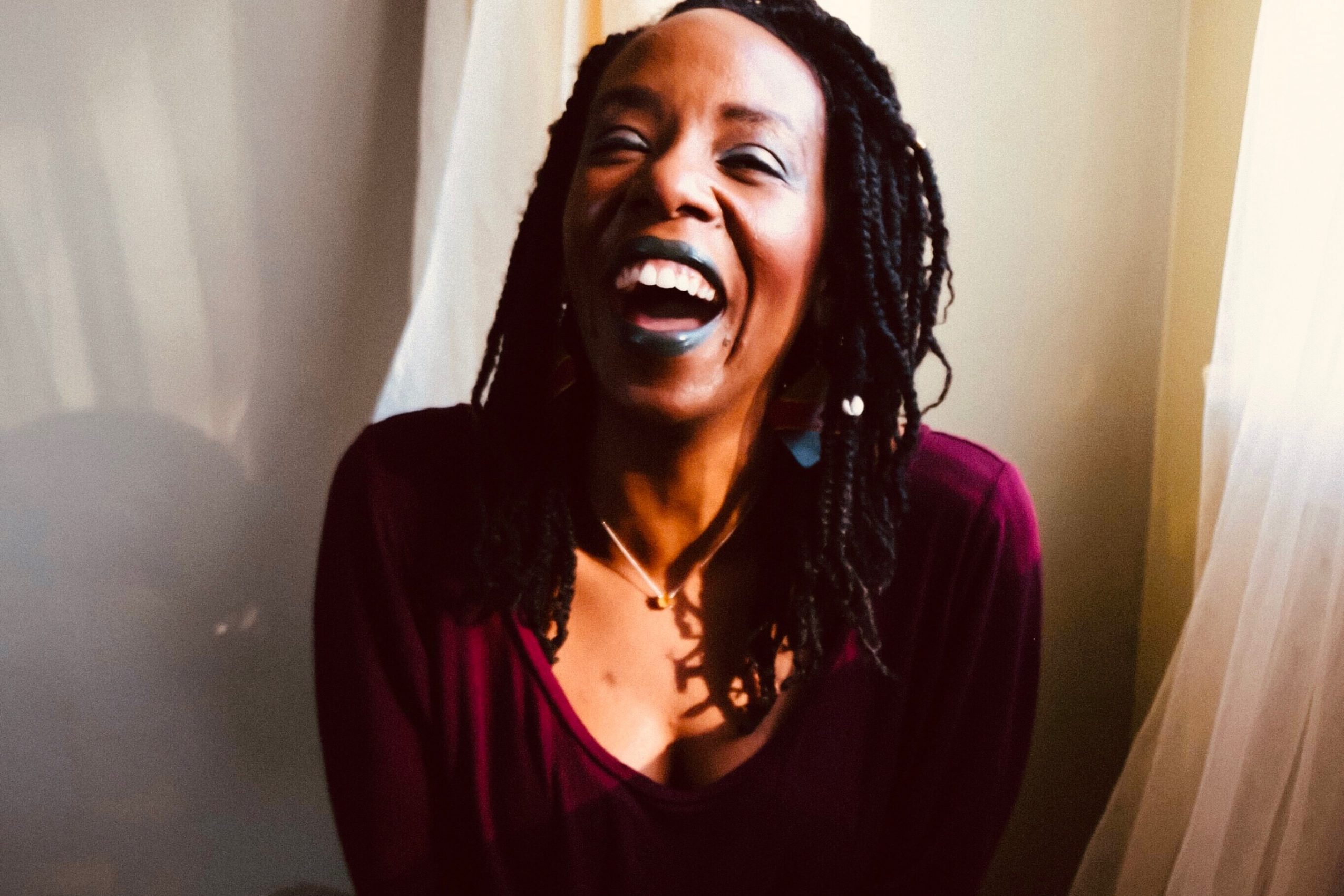 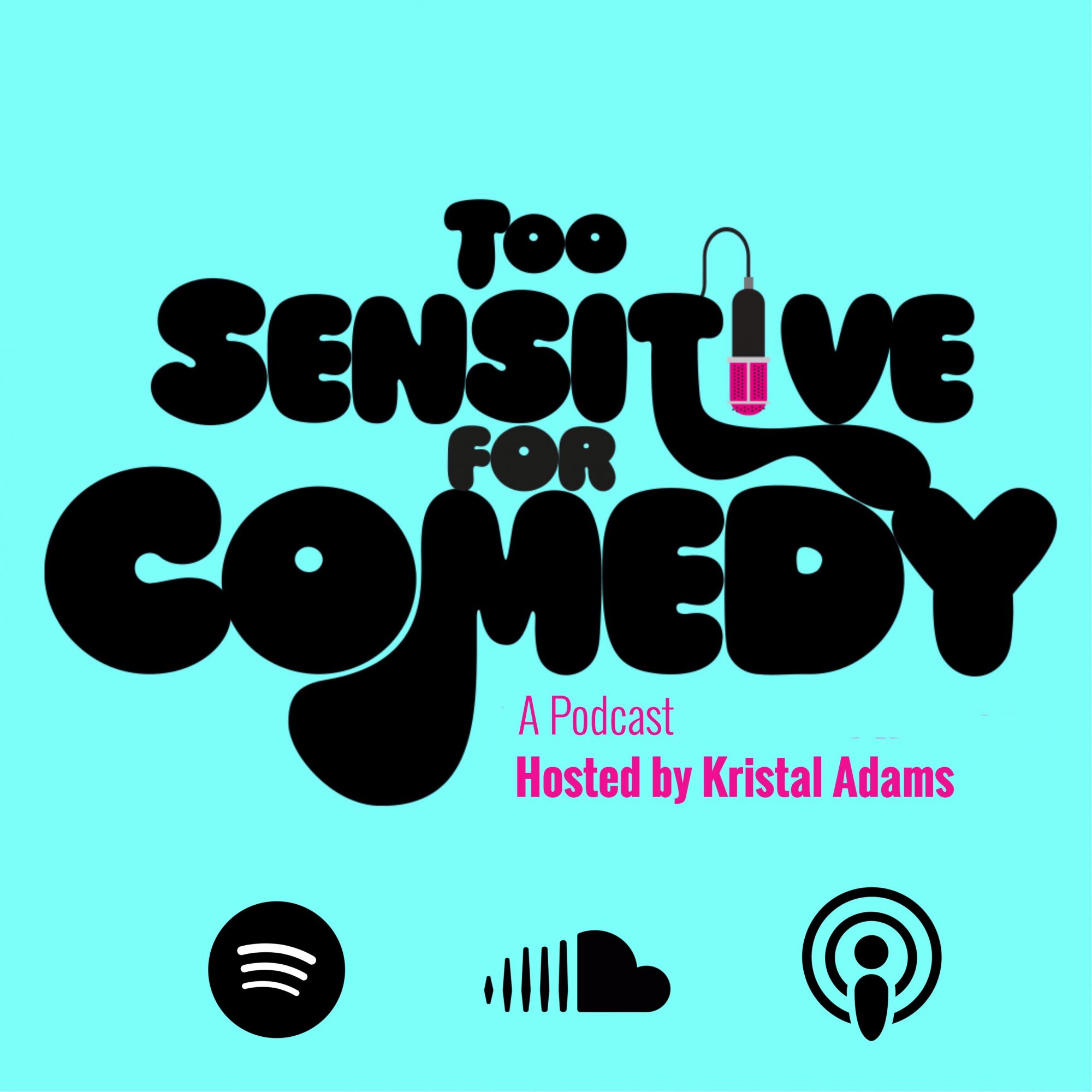 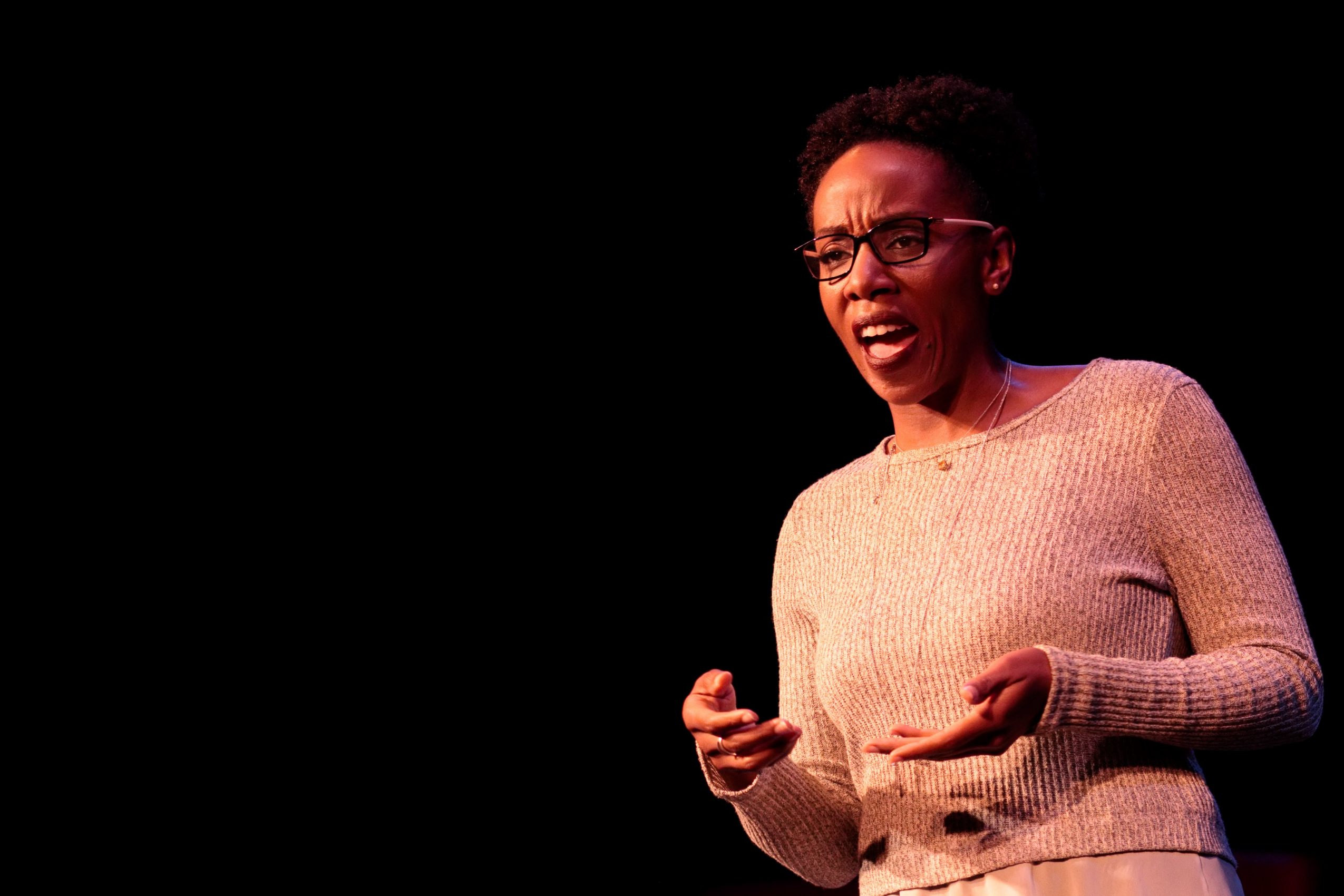 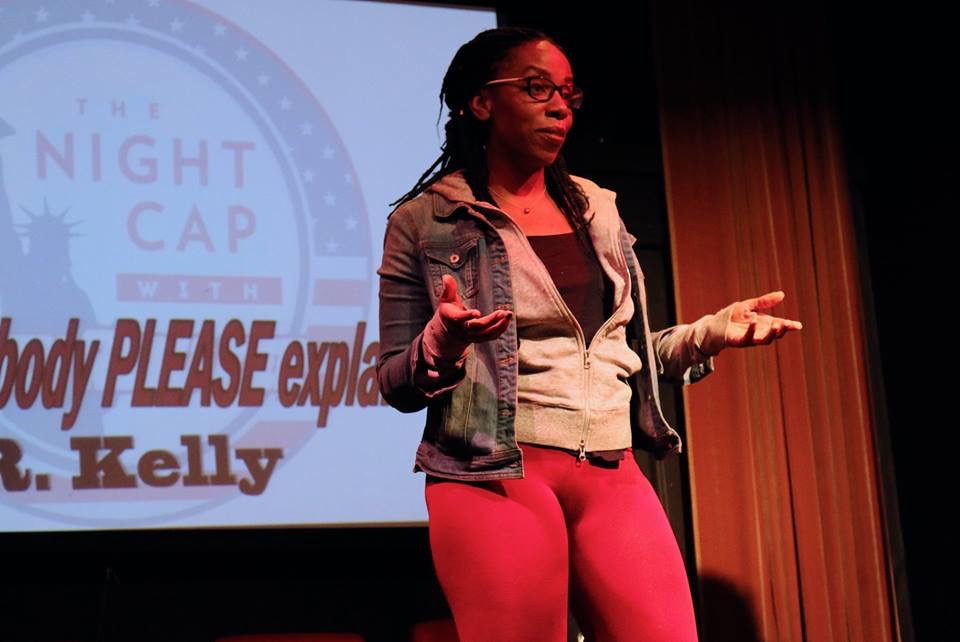 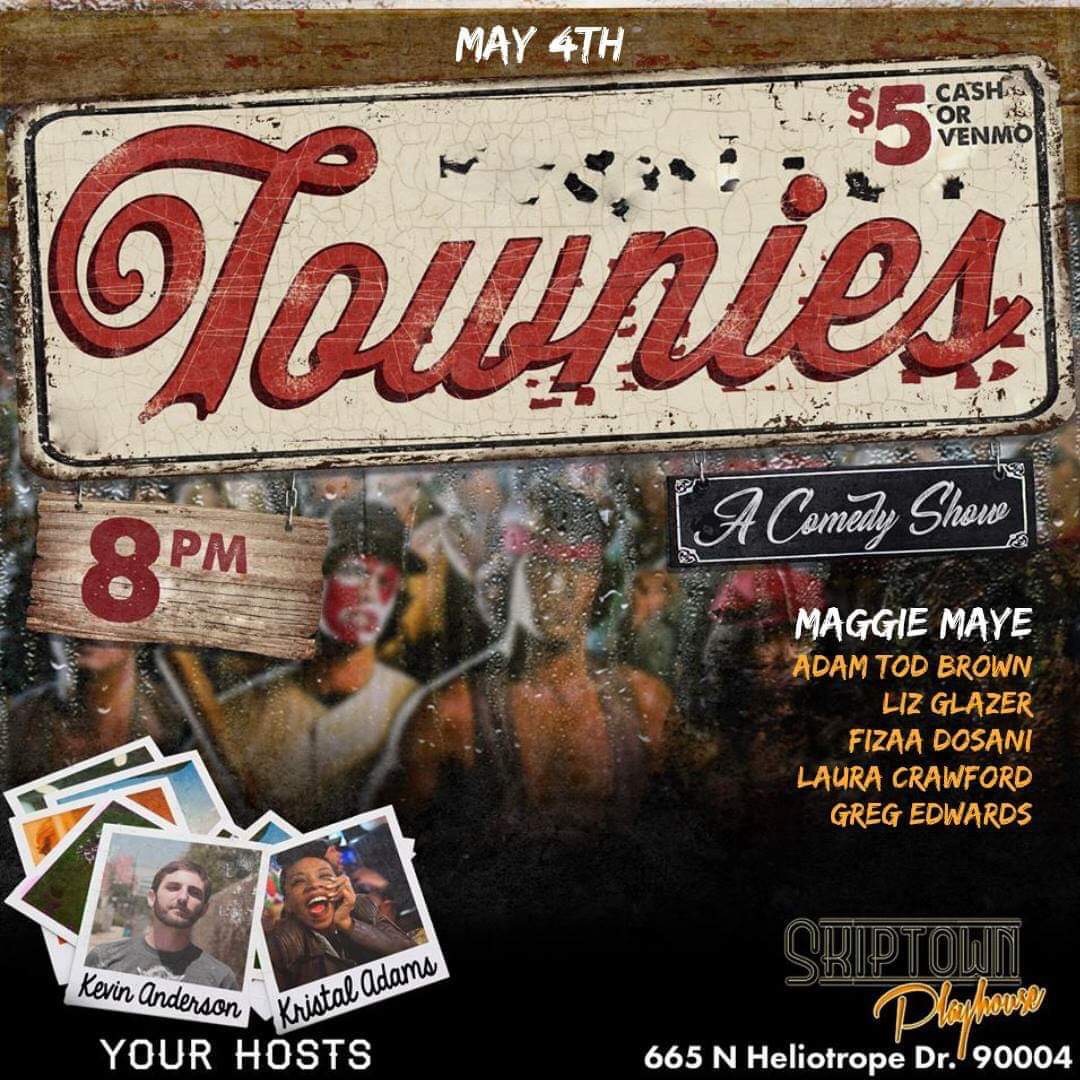