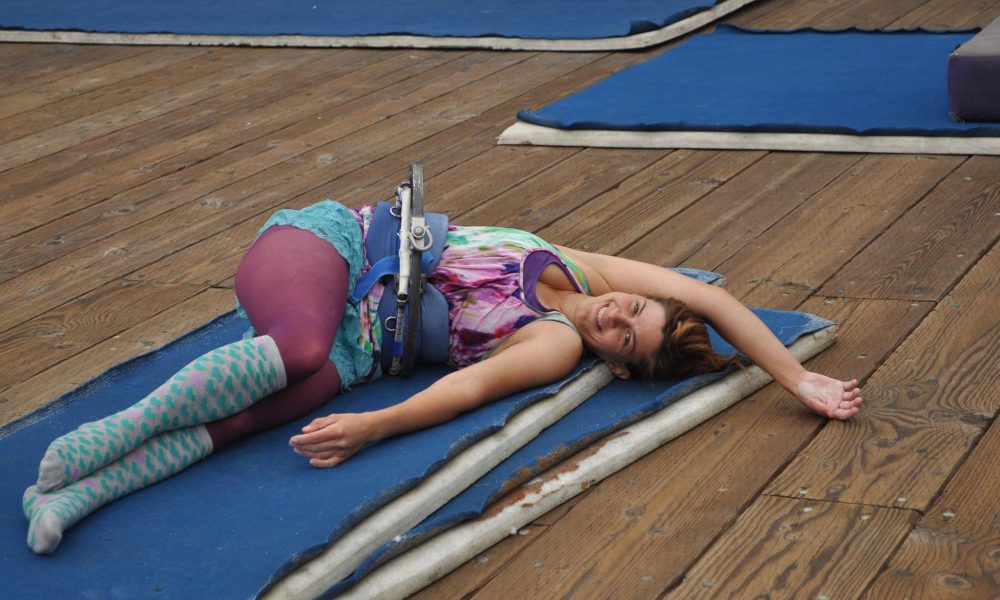 Today we’d like to introduce you to Kenna Stevens.

Thanks for sharing your story with us Kenna. So, let’s start at the beginning and we can move on from there.
As a somewhat recently unemployed person, being invited into an interview for a new job might seem exciting, hopefully or maybe just good. But when a friend approached me at a party offering me an interview for a position at the Trapeze School on the Santa Monica pier I was filled with fear and panic; it wasn’t from the idea of trapeze, that I was fine with, it was the idea of working in an office again. Would they like me, would I like them, would my dyslexic be an issue, maybe when your upside down it doesn’t matter and a million other thoughts went through my head. My friend later told me my face looked like that of a television comedy father finding out he is going to be a dad for the first time. Paniced, unsure of my footing but hopeful of a pleasant outcome, I did what all soon to be father do… I did whatever anyone told me to do. My friend set up the interview, so I went. They set up training hours, so I showed up. Once I was good enough to work the office alone, I was scheduled. But the funny thing about working at the trapeze school, you’ll be amazed at what you pick up along the way. After about two years I started working the rig. My favorite part at the beginning and to this day is figuring out what magic words to use with each student to get them to do what you want them to do. It will always amaze me. As I learned more about the circus arts the more I took on. I was a manager before I had the title, and then slowly the universe gave me the opportunity to allow me to run a circus. These are my monkeys this is my circus.

We’re always bombarded by how great it is to pursue your passion, etc. – but we’ve spoken with enough people to know that it’s not always easy. Overall, would you say things have been easy for you?
Love is a tricky situation and the problem with loving what you do, is sometimes you have to let team members go who also love what we do. When I let someone go, I’m placing myself between someone and something they love, which is a horrible place to be. The circus worlds are magical and everyone who has ever been touched by it knows that, I never wish to take this world away from someone or tarnish a relationship with it, but sometimes I have to make the hard calls.

We’d love to hear more about your business.
TSNY LA was founder in May 2008, which means…. Epic party coming this MAY!!!!! My role in this company as I’ve decided it to be is to do everything and bring the best people with me. I truly believe I’m only as good as the person next to me, so my team is the best group of people. Could they take the trash out more, sure, but no one is perfect? One day I came in and stacked a bunch of boxes on top of each other and yelled ” Godzilla Wall” and then just sat back for the next few hours as the team destroys the wall a la Godzilla style of course. Another part of my job is I walk around looking for things. You’d be amazed at how little storage space we have and yet how everything I’m looking for finds the black hole, but that’s pretty typical of most jobs right. Oh, and I also get to teach flying trapeze, which is pretty awesome. I start each of my classes saying “We all have goals, if your goal is to do a triple, great. If your goal is to get half way up the ladder we’ll celebrate that too”. People need to use their bodies more, to trust their bodies and to trust others, that what we do here. “It’s a del fuego” Echo’s through the school and my teams eye roll as one. A “del Fuego” or “of the fire” is code for “kenna just made up a trick and we’re going to see what happens.” Many times, our students get stuck in the right way and the wrong way of doing something, like any art form, I believe sometimes it should be flipped and flopped so I make up tricks. Please Note: I only make up tricks with people that have been flying for a while and mostly know where they are in the sky. The team doesn’t really love these tricks because it’s harder to coach something that’s never been done before, but how exciting it that! Another note: these are always performed in safety lines and typically I try them first. In case it has come across we have the best team! I’ve been working on getting some of the most amazing, funny, kind, caring and beautiful people I can find, and I believe that this year I have that.

What were you like growing up?
Random question answer: Oh lord! I haven’t really changed much since I was little, except now I have more tutus. I’m the second child to 2 teachers in Albuquerque New Mexico (what up ‘Burque!). I swam in the summers and did gymnastics in the winter. I’ve always been funny, never been great at taking photos and although I like people, I’ve never been keen on a ton of people (the idea of comic con makes me shiver). 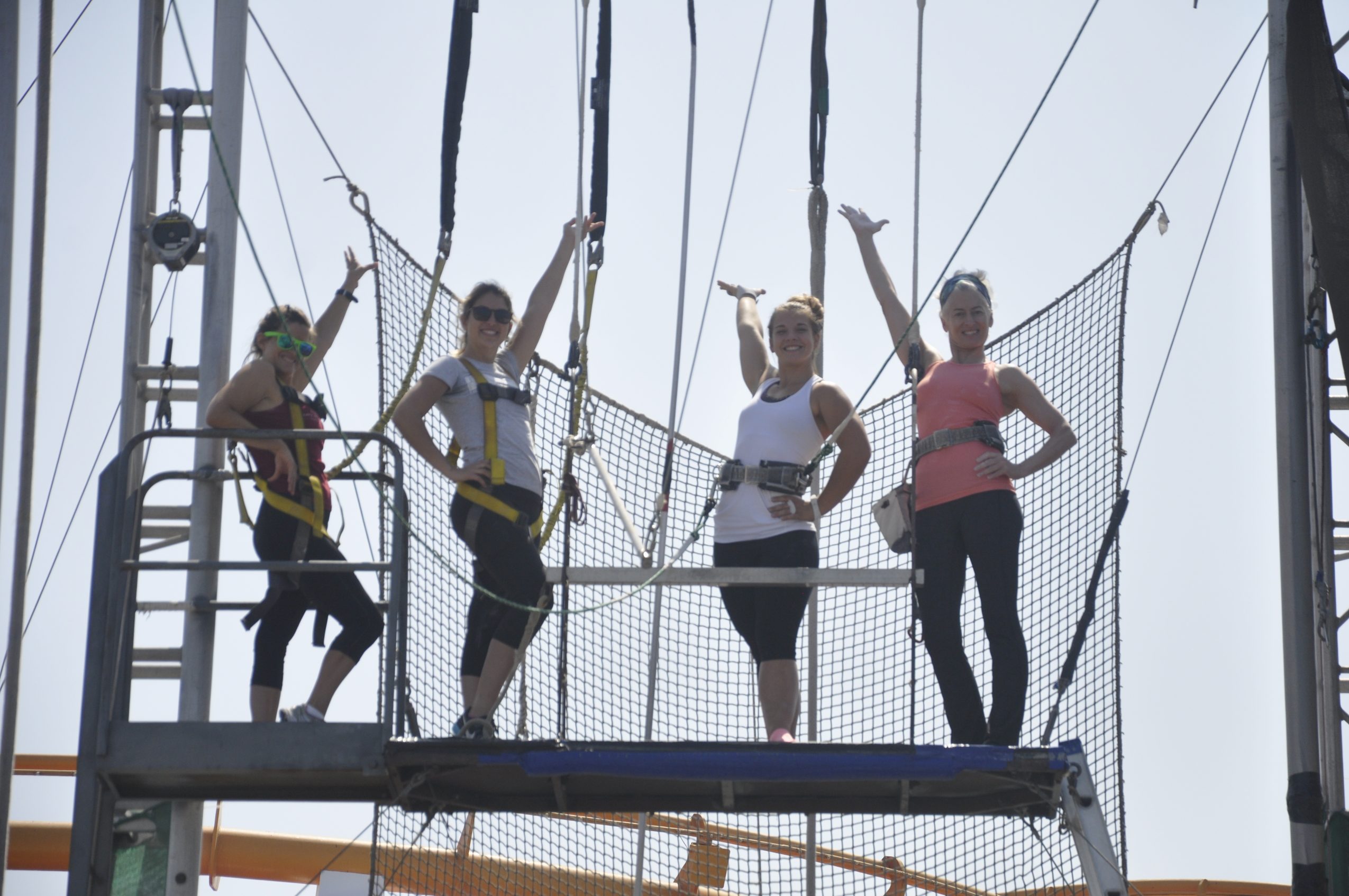 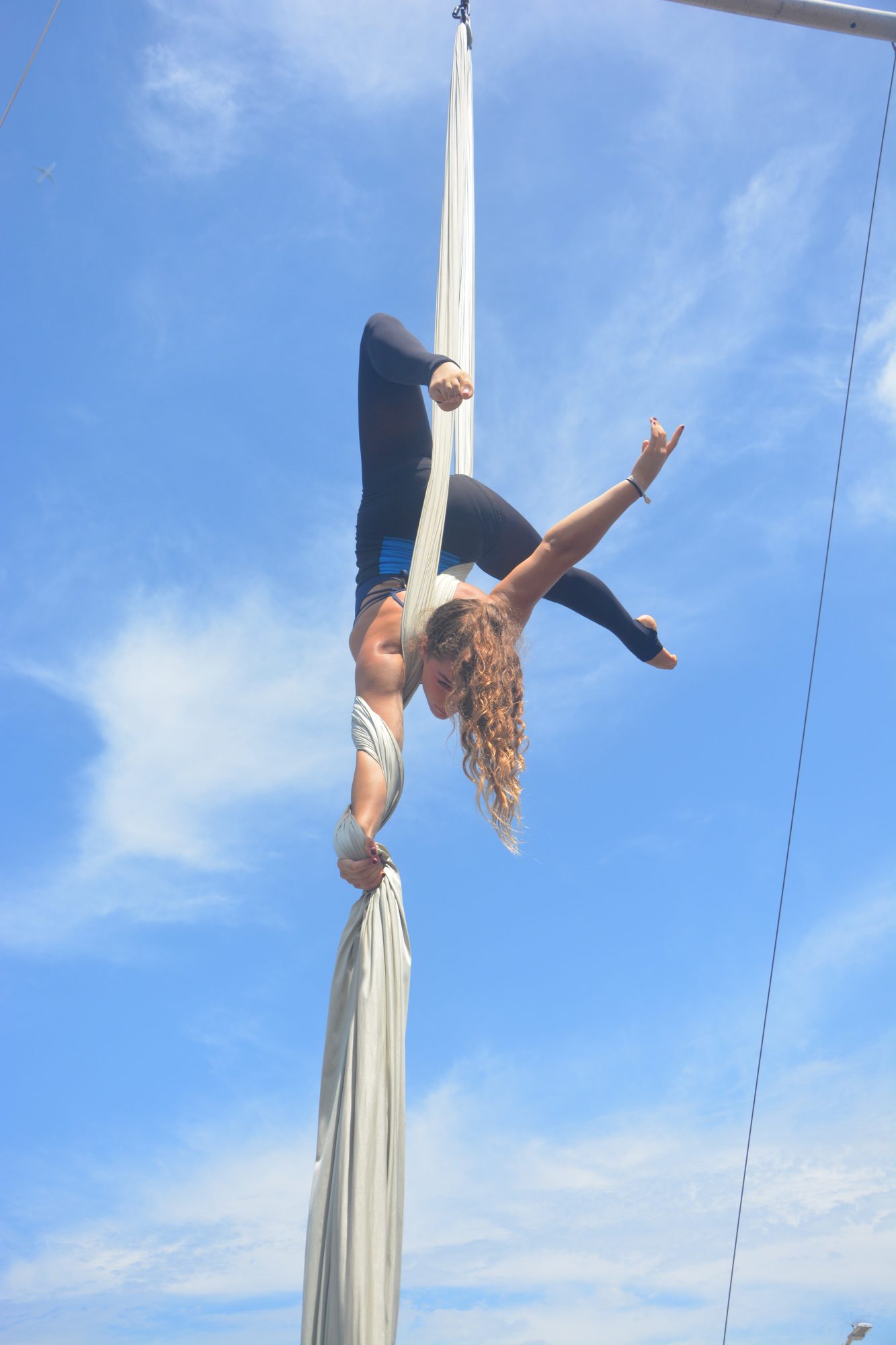 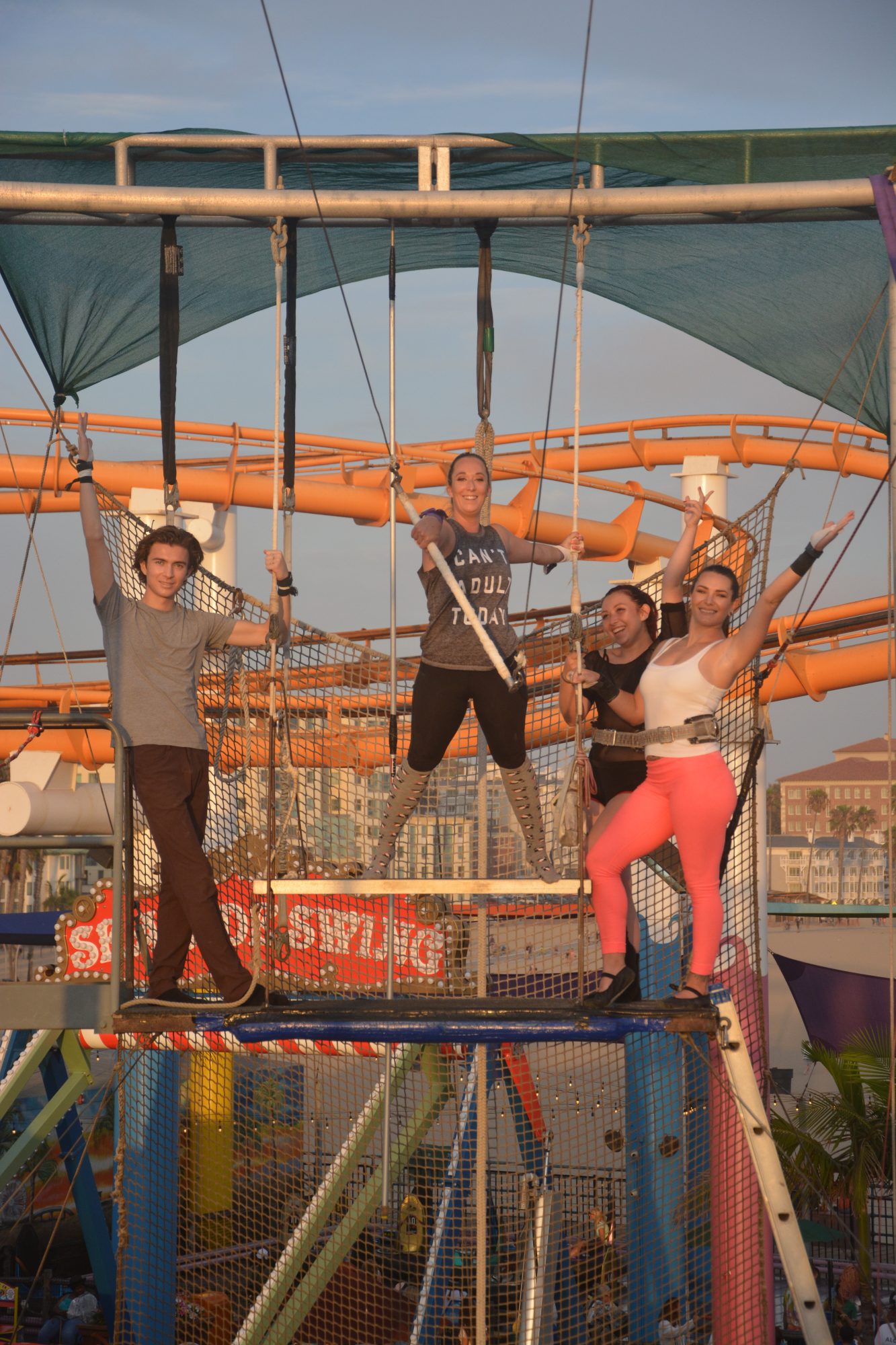 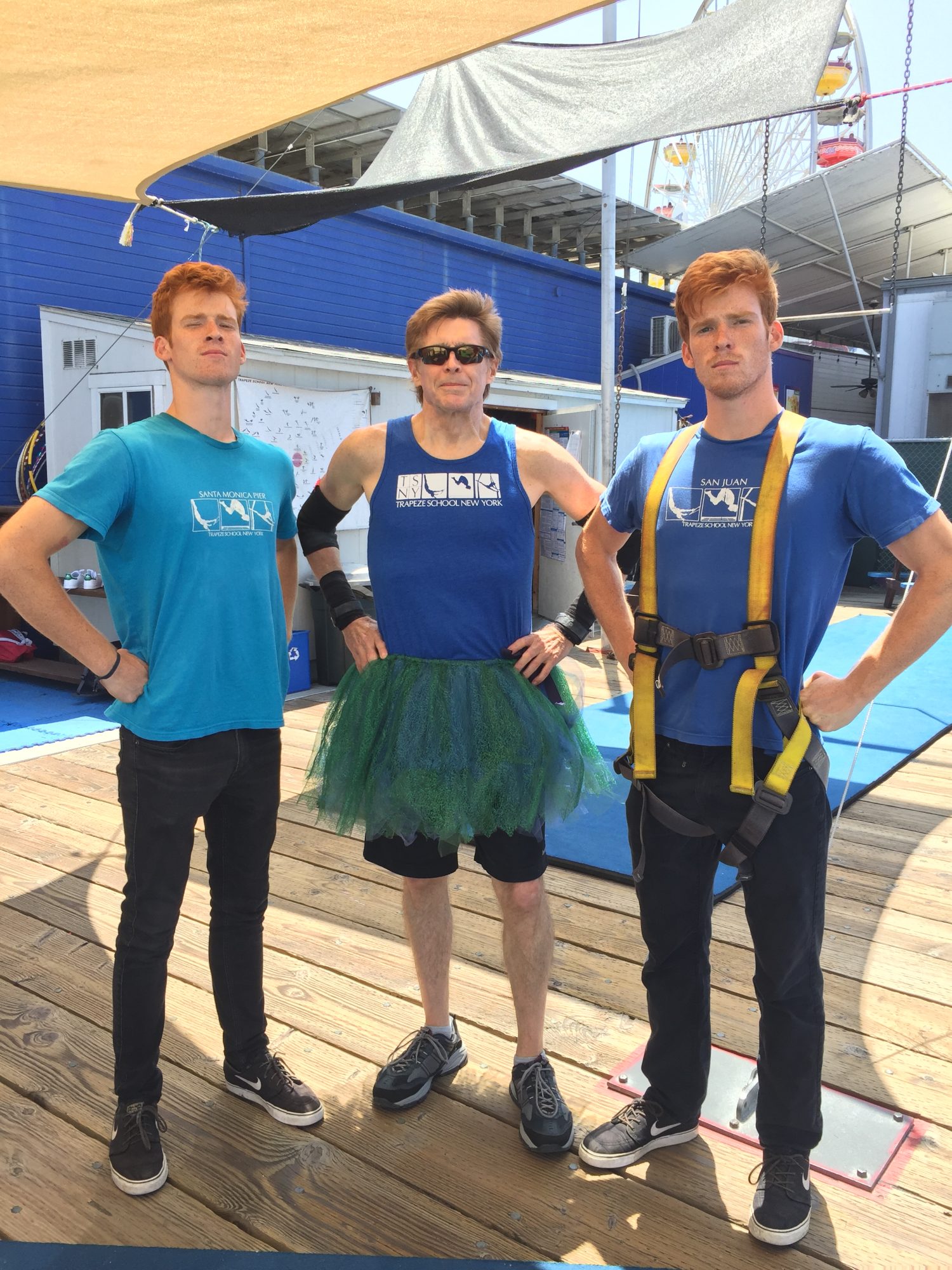 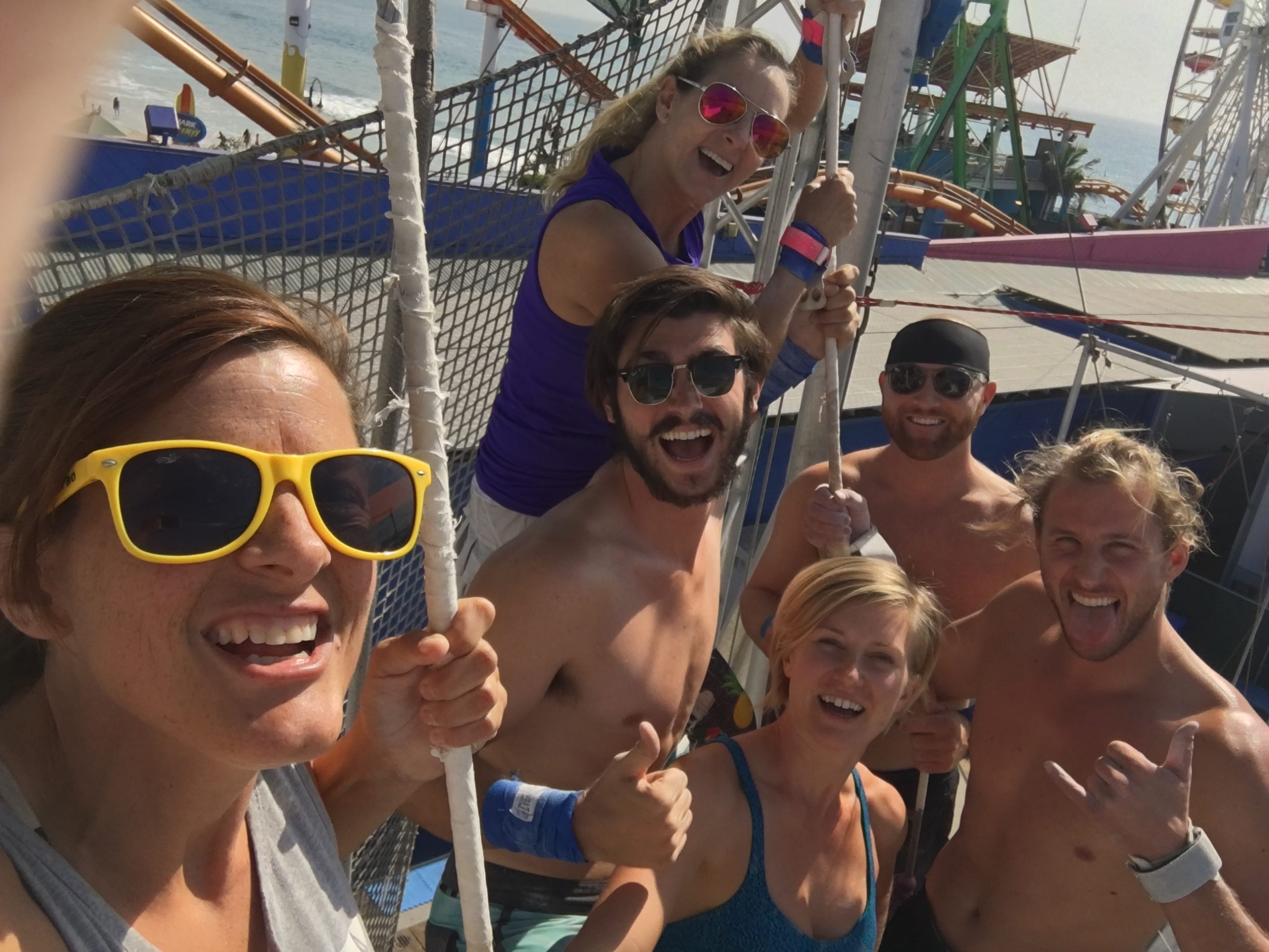 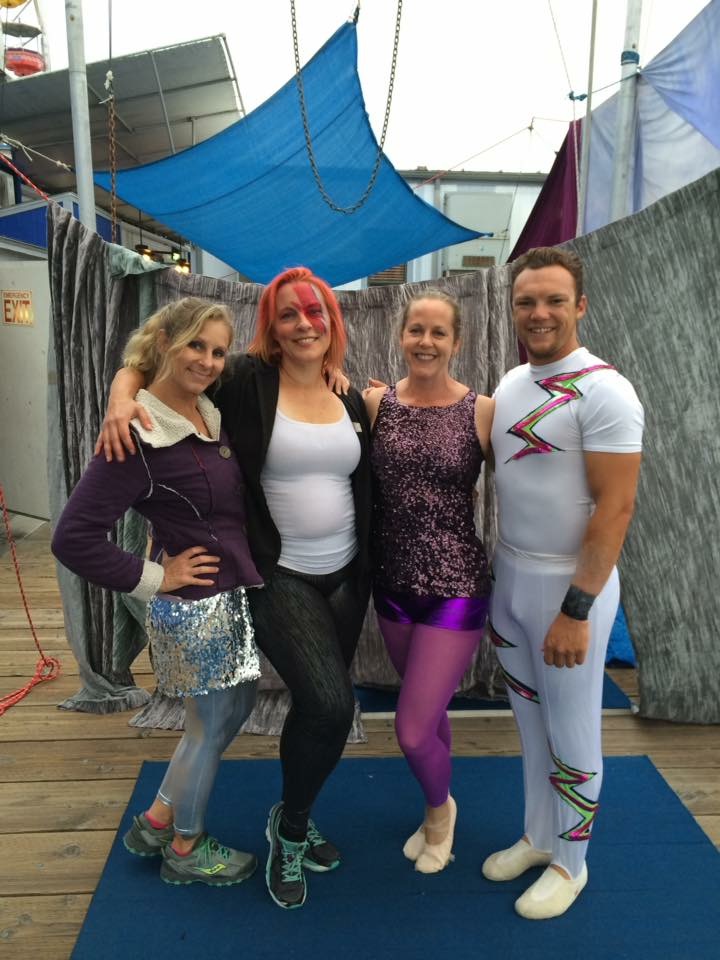 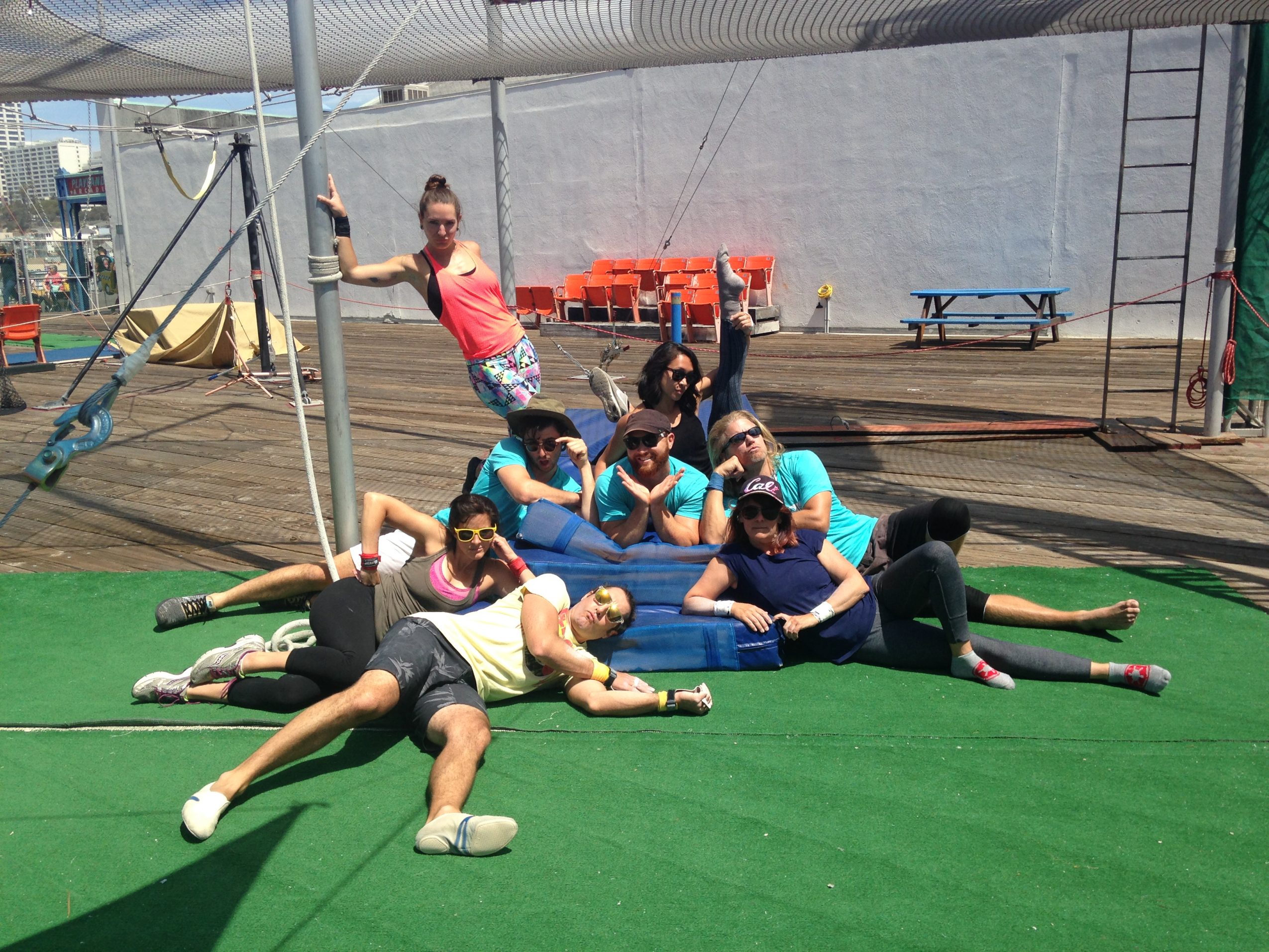