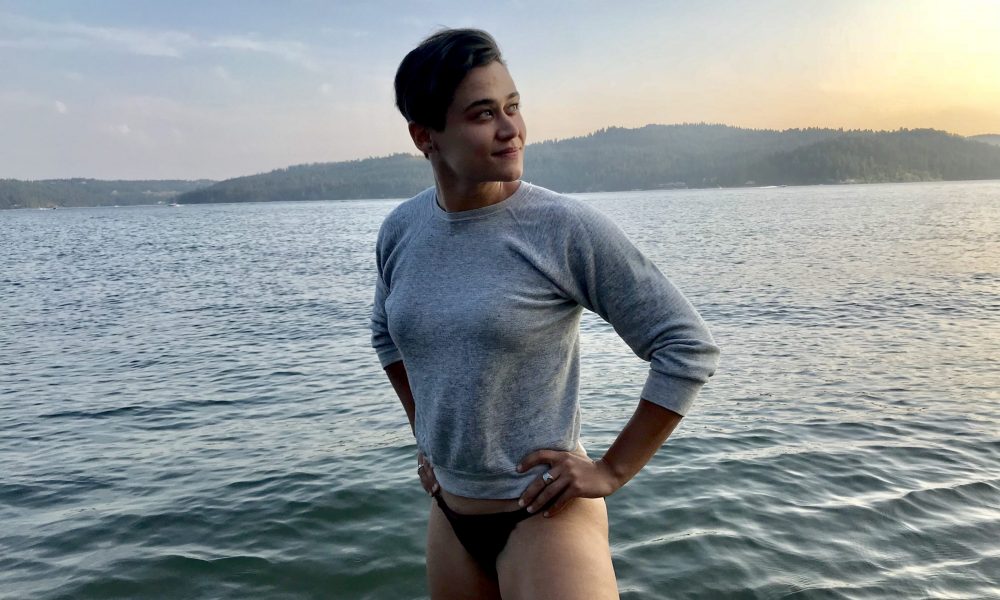 Today we’d like to introduce you to Katy O’Brian.

So, before we jump into specific questions about the business, why don’t you give us some details about you and your story.
I have wanted to perform for as long as I can remember and when I was young, I jumped at every artistic opportunity I could. Somewhere along the way, I convinced myself that I would never be good enough to succeed in a creative field, especially acting and that I needed to get a realistic and stable job. After an interesting series of events, I became a police officer.

Several years into my law enforcement career, I realized I wasn’t happy. I knew I needed to make some changes and wrote down a list of goals that I thought would bring me happiness, along with a few steps on how to achieve my new goals. I knew I wanted to get in the best shape I possibly could so I got a trainer and started training for and competing in bodybuilding competitions. I wanted to start taking music classes again, so I signed up for some. Mostly, I wanted to act.

I found an acting class in Indianapolis and fell in love with it. Over time, I gained more confidence in my abilities. I booked some local projects, developed a reel and resume, and finally decided I needed to at least give a career in acting a real shot or I would regret it. I saved up some money, quit my job, and moved to Los Angeles. My acting teacher linked me up with my agent, I found a great LA acting class, and I was ready to get started.

Admittedly, the first year in LA was rough, but I had several friends from college who helped me survive. I also found awesome support in the martial arts community. I had a background in Hapkido/Self-Defense instruction and basic training in several other styles. With the opportunities in the LA community, I was able to just barely
make ends meet with various martial arts-related jobs.

I worked my ass off every day. Within a year, I was booking costar roles–very small parts, but amazing experiences nonetheless. Within two years, I had a regular series role on Syfy’s “Z Nation.” Filming almost everyday was absolutely a dream come true, and because of it, I’m able to take the time I need to work on a personal passion project while searching for the next awesome opportunity that might come my way.

We’re always bombarded by how great it is to pursue your passion, etc. – but we’ve spoken with enough people to know that it’s not always easy. Overall, would you say things have been easy for you?
Although, as of yet, I have had it easier than many I know, my journey has been far from smooth. One of the biggest initial struggles was money. Moving from the midwest where you can own a mansion on ten acres for the cost of a dumpy LA condo was my most heartbreaking culture shock. I thought I had saved enough money prior to my move to be set for a while; that turned out to be a lie.

Industry-related expenses such as acting classes, new headshots, casting websites, and travel along with unexpected medical and other expenses destroyed my savings. To make matters worse, I stubbornly refused to work jobs that would interfere with auditions or acting classes, so I was exceptionally broke and far in debt within my first two years. My anxiety was at uncharted levels at all times.

Without the help from my numerous jobs, my girlfriend, and my amazing parents, I would probably have been living out of my car (considered it many times). I’m typically very healthy, but during my first year in LA, I contracted some kind of recurring lung disease that made me basically cough my days and nights away and repeatedly lose my voice.

After a little over six months and numerous doctor visits, I finally shook it. My inability to speak during those rougher days made auditions tough and sometimes impossible (Praise all that is holy for Throat Coat tea). Eventually, it went away, but it was a horror on my already drained finances, and the lack of sleep made me a shell of my normal self.

I think every actor deals with my last struggle from time to time: confidence (or wavering thereof). The horrible feeling of going into an audition or callback and bombing never gets easier, nor does rocking one you’re in love with yet hearing nothing. Worse yet–going long periods without an audition at all can be a huge confidence blaster.

Over the years, I’ve had to learn some tricks to reframe my thinking on the whole booking process, but I do have my moments still where I wonder if I will ever work again!

We’d love to hear more about what you do.
I am a film & television actor, and martial artist is known primarily for my series regular role as, George, in SyFy channel’s show, “Z Nation.” As a series regular, my character is central to the story and is in every episode for an entire season of the show. It’s a great responsibility and commitment with which I was honored to have been trusted.

I think one thing that separates me from many other actors is that I have a rather unique brand–androgynous, ethnically ambiguous, and muscular–that may limit the roles for which I will be called to read; however it does let me stand out for the “tough girl” or “LGBT” roles that seem to be growing in popularity.

Also, my martial arts training and police experience are often requested and fed into my characters. I feel at home in action scenes, and as of yet, I have gotten to do all of my fight scenes on my own.

What were you like growing up?
Adult Katy and Little Katy are pretty similar; though I was much more hyper and more annoying as a child (hopefully). I grew up with three older brothers and was definitely a tomboy–always in some kind of sport, adventuring, or running around like mad.

My youngest brother and I loved to read, watch TV, and play video games and would often develop characters based on stories and play as them. I was always very Type-A, ambitious, a bit weird, but generally kind-hearted and respectful. 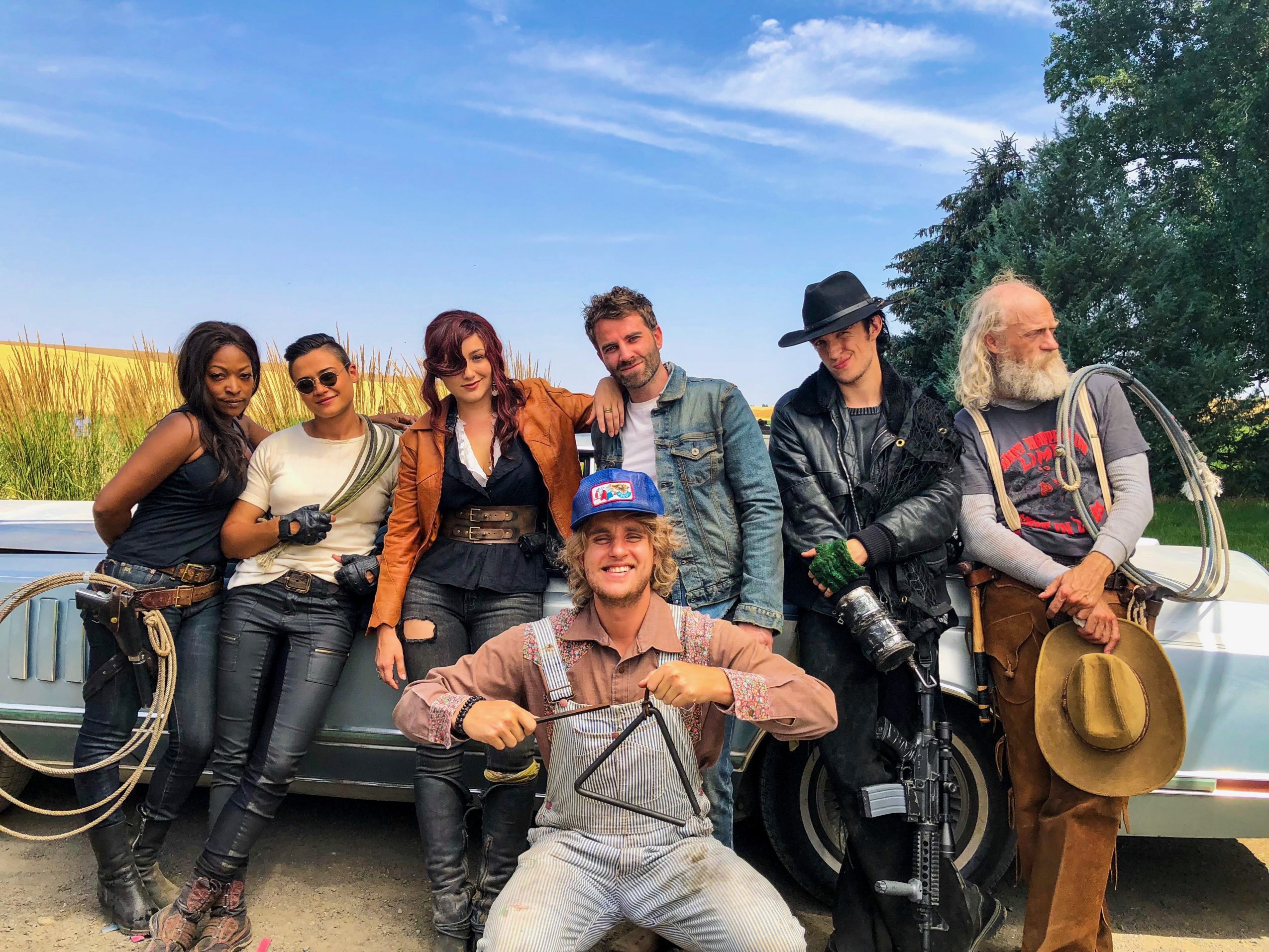 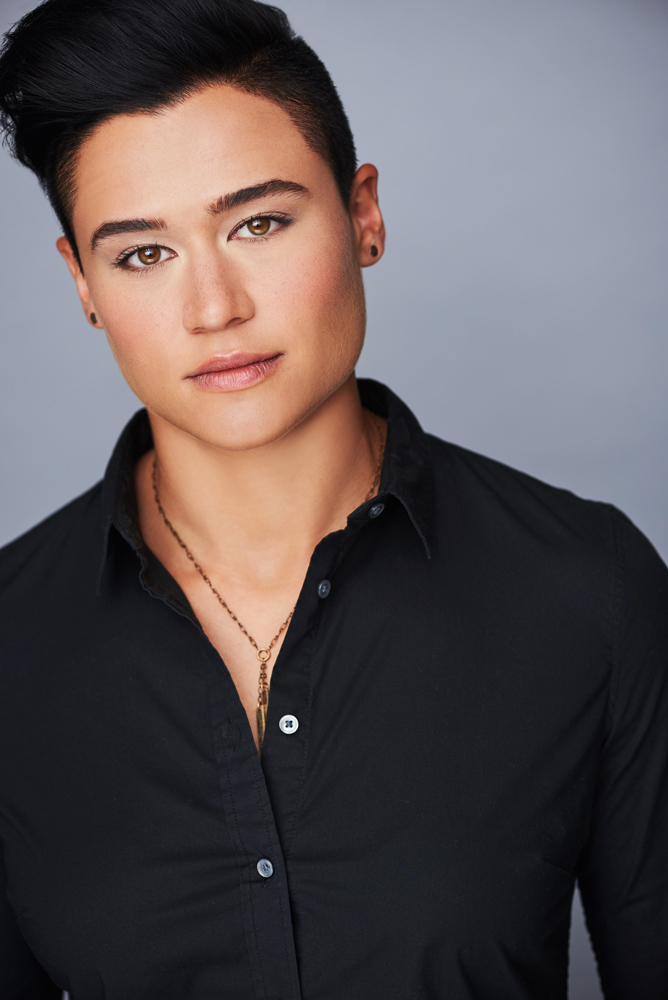 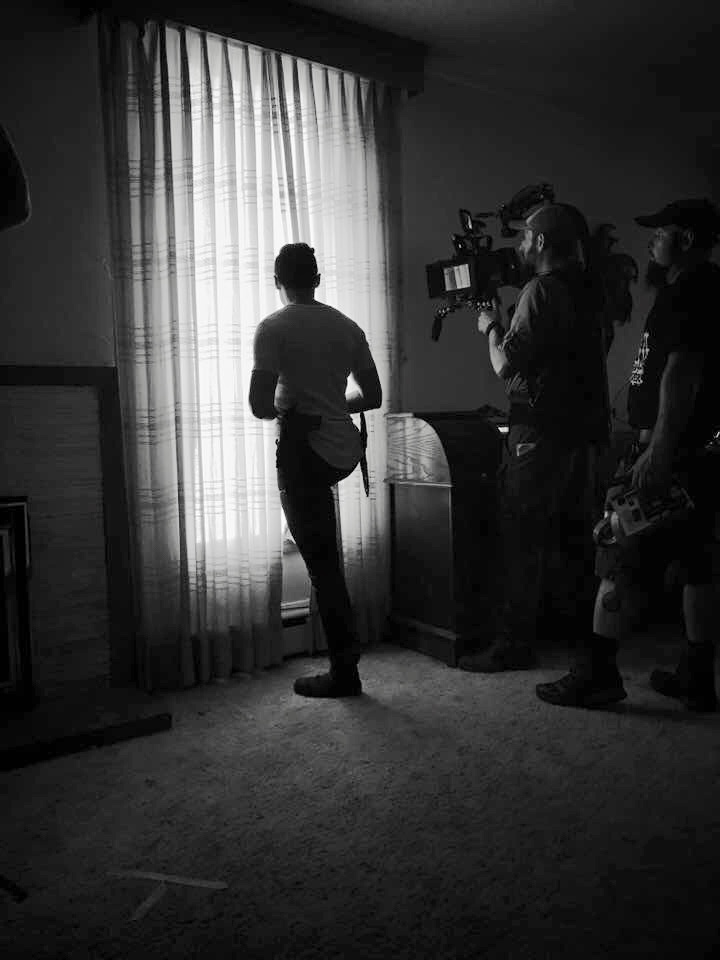 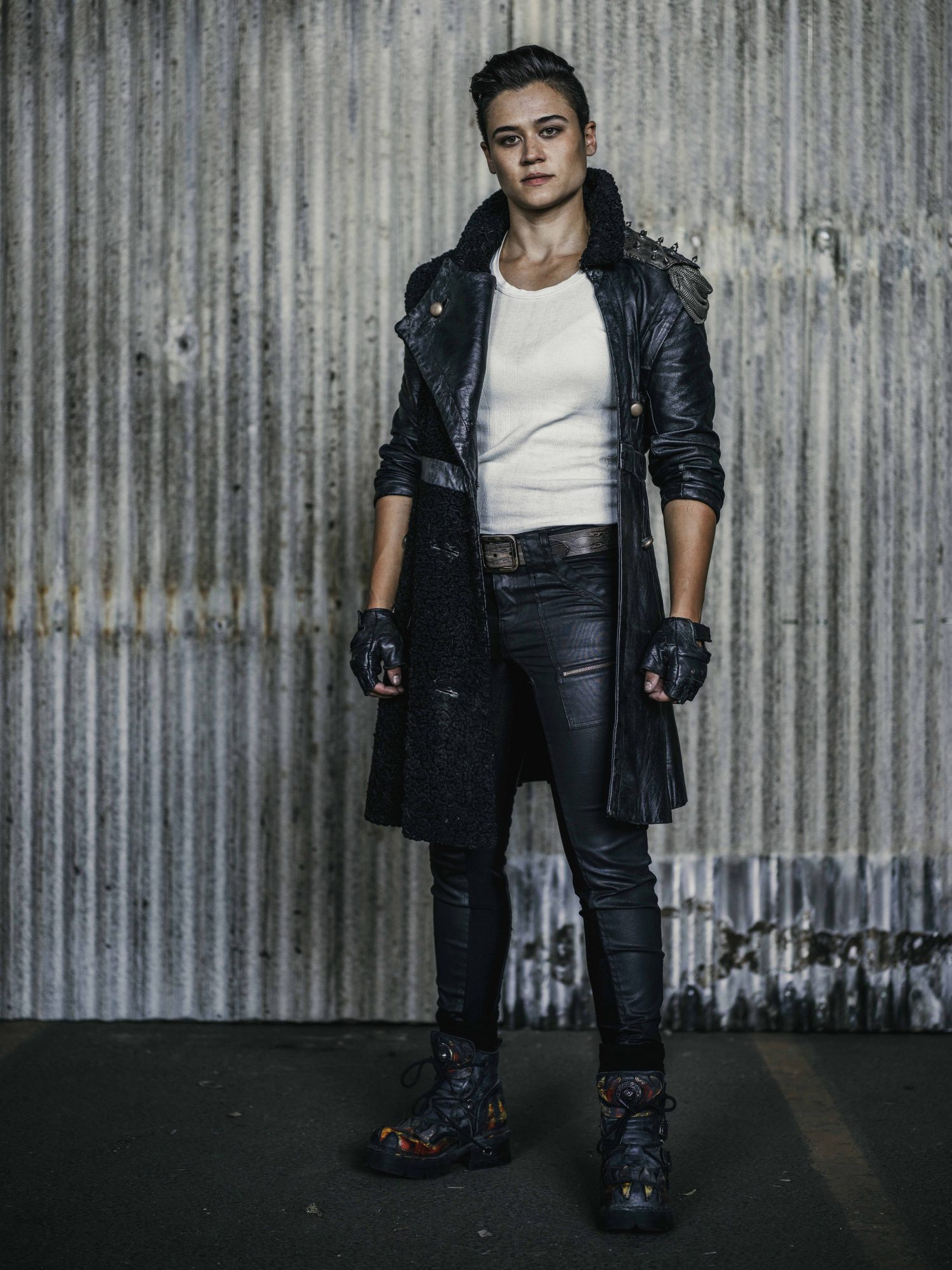 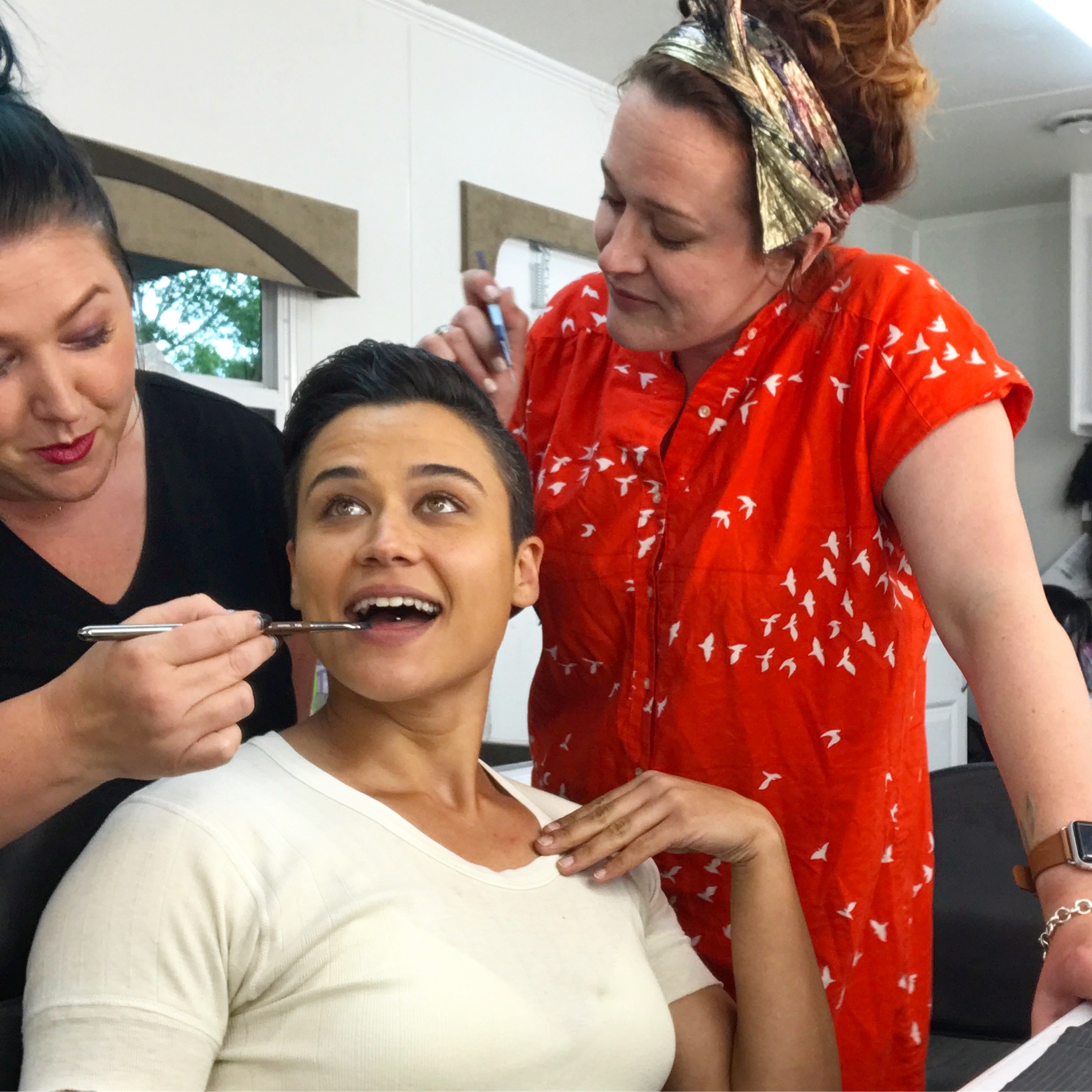 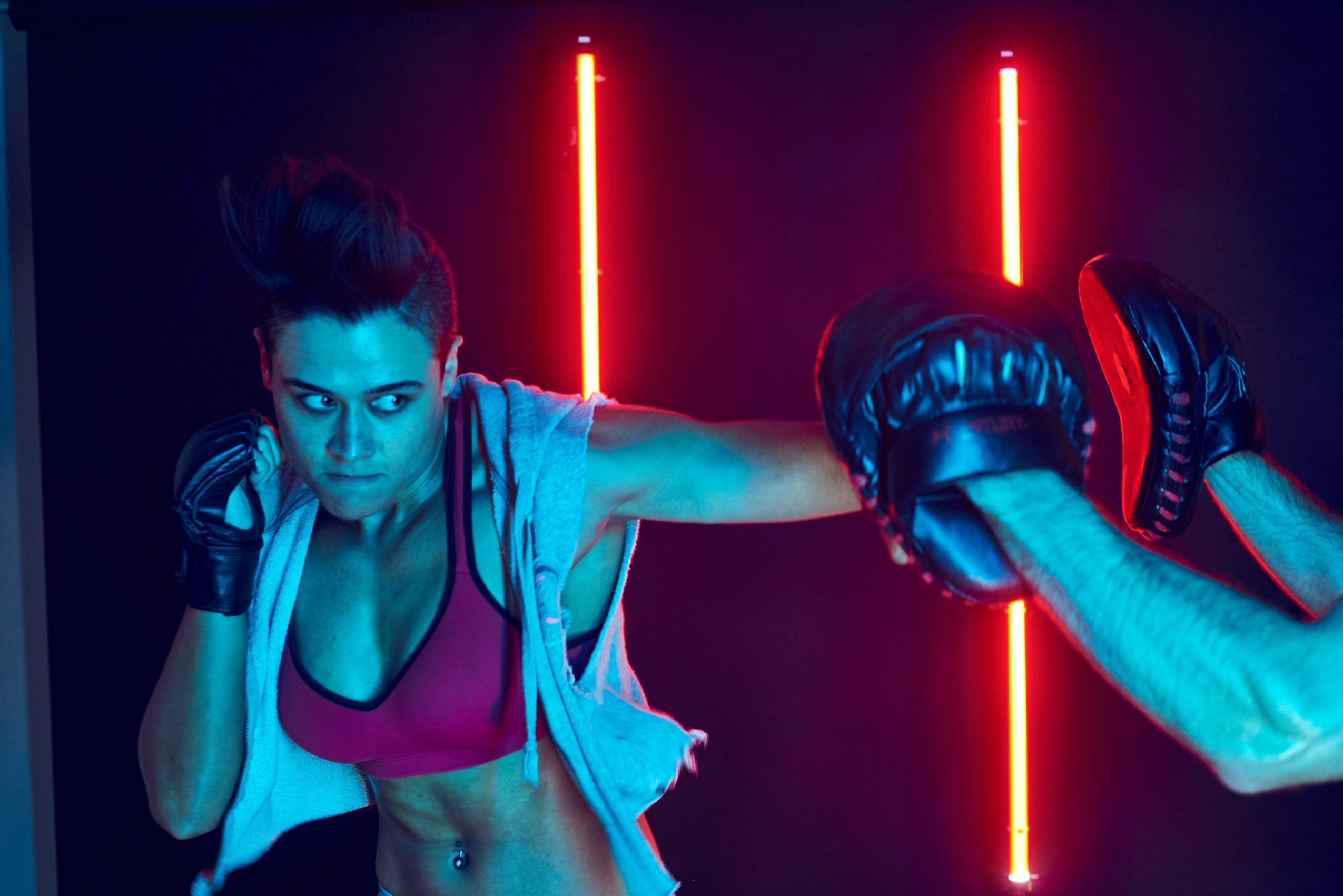