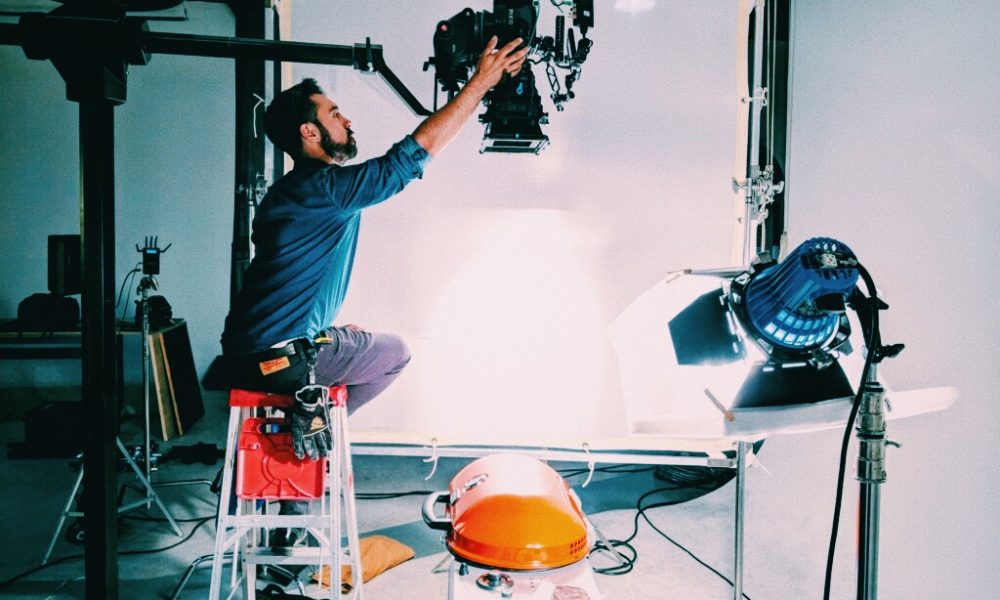 Today we’d like to introduce you to Justin Aguirre.

Justin, can you briefly walk us through your story – how you started and how you got to where you are today.
It’s going to sound silly, but it all started way back when I was in elementary school. I first saw the 1997 animated film, Cat’s Don’t Dance for the first time and it really had a deep impact on me. I used to watch that film religiously when I was a kid, and it started my fascination with movies and filmmaking. My family was really supportive of this and started letting me use my dad’s old Sony Handycam 8mm camera. I would run around the house making tiny little shorts and skits much to the annoyance to my family haha. This continued on and off for years until I landed in high school where I joined a ROP (Regional Occupations Program) class for television production. It was there I drove deeper into my love of film production. I learned iMovie on those super colorful all-in-one iMacs with Canon single chip Mini-DV camcorders. My high school offered a broadcasted school news program that aired on our local city channel and I managed to work hard enough to become the director of the program when I was a senior. I will always remember my teacher “Chuck” in those classes and what he thought me; he really gave me the foundation I literally built my career on.

Fast forward to after film school and I’m cruising the Craigslist circuit working low budget indie projects and slowly building my network. I managed to piece together a lighting kit and a Canon 7D I bought refurbished online and quickly made a name for myself. I made some lifelong friends crewing on those shows and really got to know the person I’ve grown up to become.

Now, I’m living in Burbank working full time as a director of photography I’ve been blessed to see my career continue to grow. I’ve gotten the opportunity to shoot for Chipotle, Hasbro, Warner Horizon Television, and a lot of other really cool and extremely talented people. To help me stay grounded I try to spend as much time as I can outdoors hiking around the San Gabriel Mountains. It’s normal for me to do 10+ mile hikes to really clear my head and reconnect with myself to make sure the path I’m on is always moving forward.

Great, so let’s dig a little deeper into the story – has it been an easy path overall and if not, what were the challenges you’ve had to overcome?
Oh of course! I believe anyone in this industry who hasn’t had any struggles is either lying or hasn’t even begun their journey yet.

I want to share one particular struggle I dealt with early on, and that’s both getting accepted and not accepted into film school. I grew up in Orange County, CA and attended Orange Coast College for my GE courses, as well as their film production certificate program. When I was ready, I applied to all the major film schools in Southern California, USC, UCLA, Chapman, etc… And I was only accepted into one, Chapman University. One problem though: the school never told me I was admitted until I got a rather plain looking letter in the mail basically saying classes start in a week or so and why haven’t I signed up for any yet. I swear I must have had the largest cartoon dramatized eyes you ever saw when I read that. I instantly jumped into my car and drove down to Chapman to figure out what was going on. I entered the film school and saw I had missed orientation by one day and the janitor was literally sweeping up the place. The TA (I think) in the administration building seemed indifferent to my situation and just said to sign up for whatever was open. These were; a sound class, a directing for actors class, and a third-class I don’t even remember because I never got around to attending it. Flash forward, I made it to the first day of classes and managed to sit through the first two before feeling so sour about the whole situation I decided to skip my last class and instead officially drop out of Chapman. Luckily, I hadn’t signed any paperwork for the financial loans yet and would have been tens of thousands of dollars in debt to a school which I believed didn’t care about me at all… There will always be a little part of me that wonders what my life would have been if I stayed, but I honestly feel like it was the best decision I could have made. I ended up finishing the program at Orange Coast College and left my educational experience with zero student debt.

I feel that experience really taught me a few important career lessons. First, since I dropped out of a well-known university with all the gear, internships, and connections at their fingertips… If I wanted my career to happen I would have to work extra hard to make it a reality. And second, I learned the importance of networking because I had a lot of friend’s who ended up going to Chapman so I ended up crashing their sets to learn beside them, just without all the tuition fees haha.

I wanted to share that story because I feel like in high school everyone pushes a college education on all the students pretty hard and this is an industry where it really doesn’t matter what degree you have. All that matters is if you know what you’re doing and if you’re a cool person to be around for 12 hours a day. You master that, and everything else will come a lot easier for you. I feel like someone out there reading this needed to hear that.

We’d love to hear more about your work and what you are currently focused on. What else should we know?
I’m proud to be a director of photography, I feel like I have one of the coolest jobs in the world! There is a certain thrill to always doing something new and getting a chance to meet people you wouldn’t normally get a chance to run into in the real world. As I’ve been forging my path, I’ve noticed I’ve developed two distinct styles. My narrative work plays a lot with light, and a lot of directors really love the emotion I can convey on screen between characters. A lot of this transfers over to my commercial work and while the lighting is usually more high-key, I always put what’s best for the story first and how to best achieve that look. I”ve invested heavily into myself and managed to grow my kit from simple tools to a full fledge 2 ton grip truck and RED camera package. I despise the idea of complacency so I’m always learning, watching, and discussing new ways to approach ideas and stories to push myself forward. One of the greatest rewards is hearing back from productions that my hard work, professionalism, and attitude are always so good to have one set. I’m not even joking, I’ve had directors and producers tell me I’m one of the most up beat DP’s they have ever worked with. That’s my philosophy, you have to love what you do and love the people you’re working with. We chose to be in this industry so you might as well have a good time at work.

Do you look back particularly fondly on any memories from childhood?
So many memories!

The ones that had the most impact where the ones when I was 14 learning how to off-road and rock crawl in the mountains and deserts of Southern California. There were camping trips and multi-day adventures out in the middle of nowhere. I remember exploring abandoned mine shafts, cabins, and following long silent railroad tracks throughout the Mojave. Heck, I even have a photo of me hanging out at Charles Manson’s house in Death Valley. That sense of adventure was heavily instilled into me and has continued into adulthood. 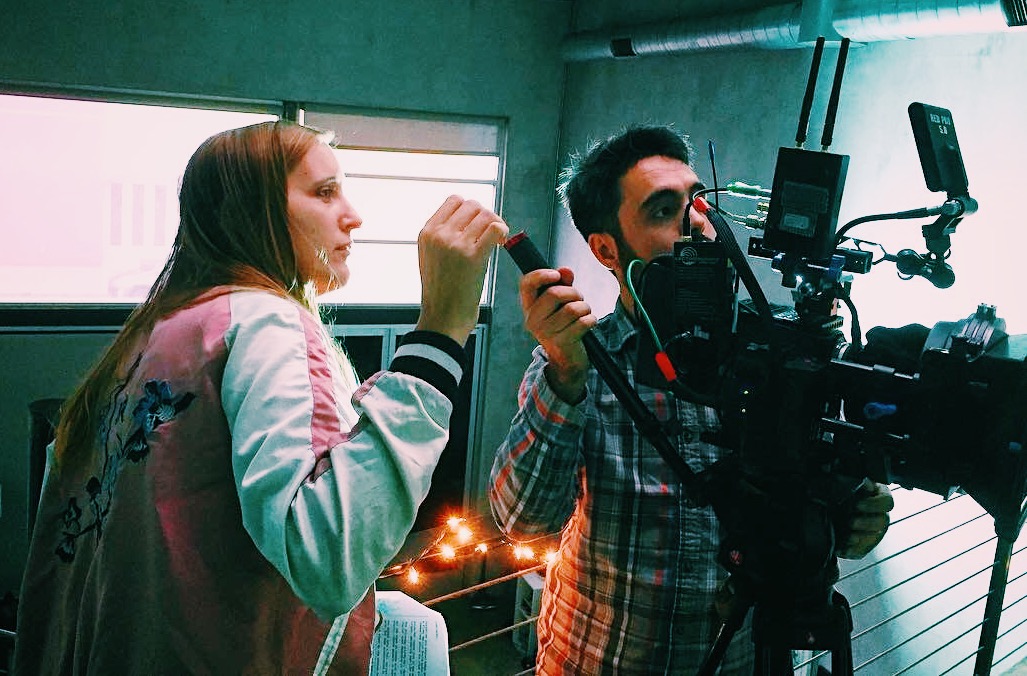 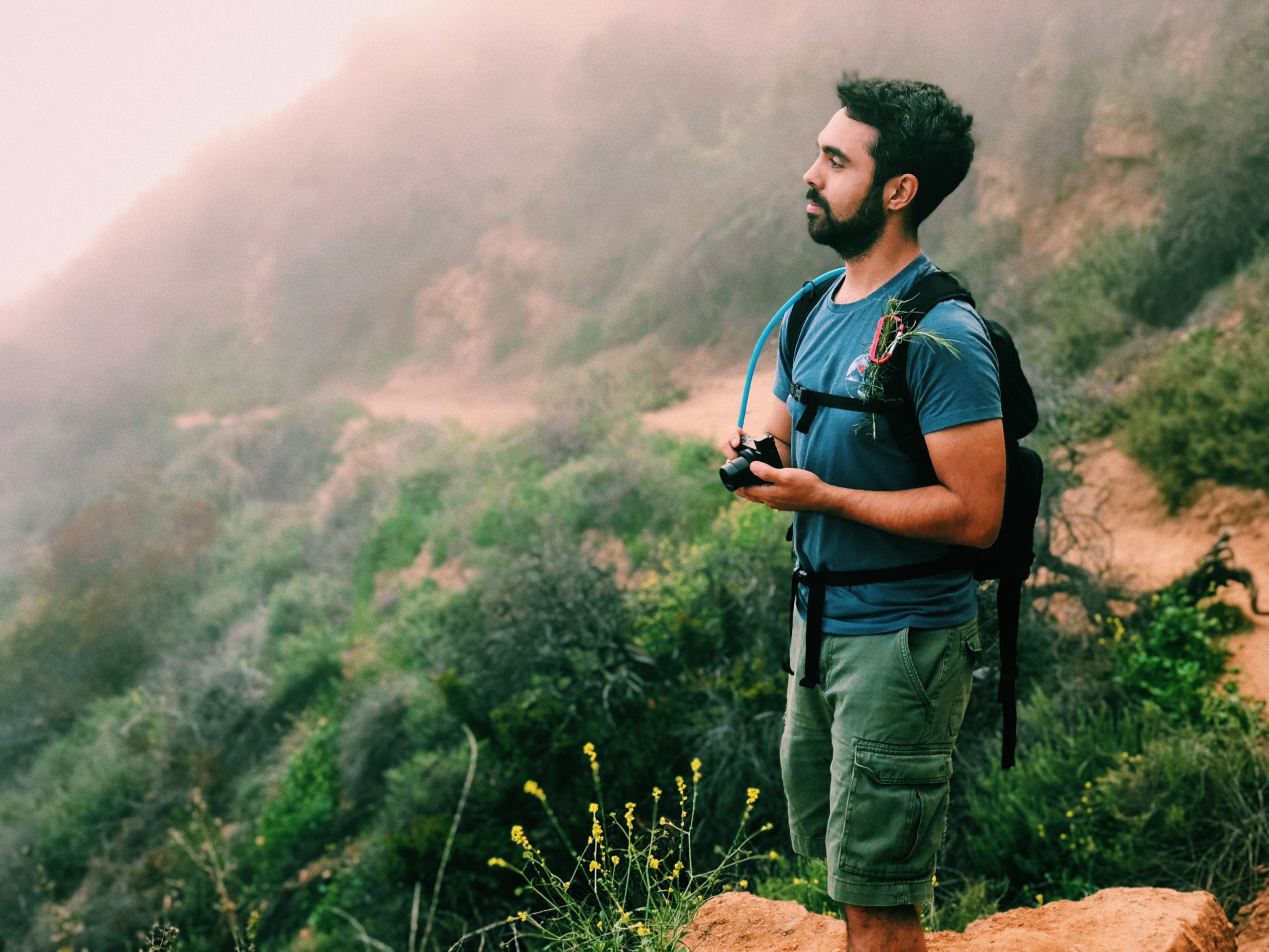 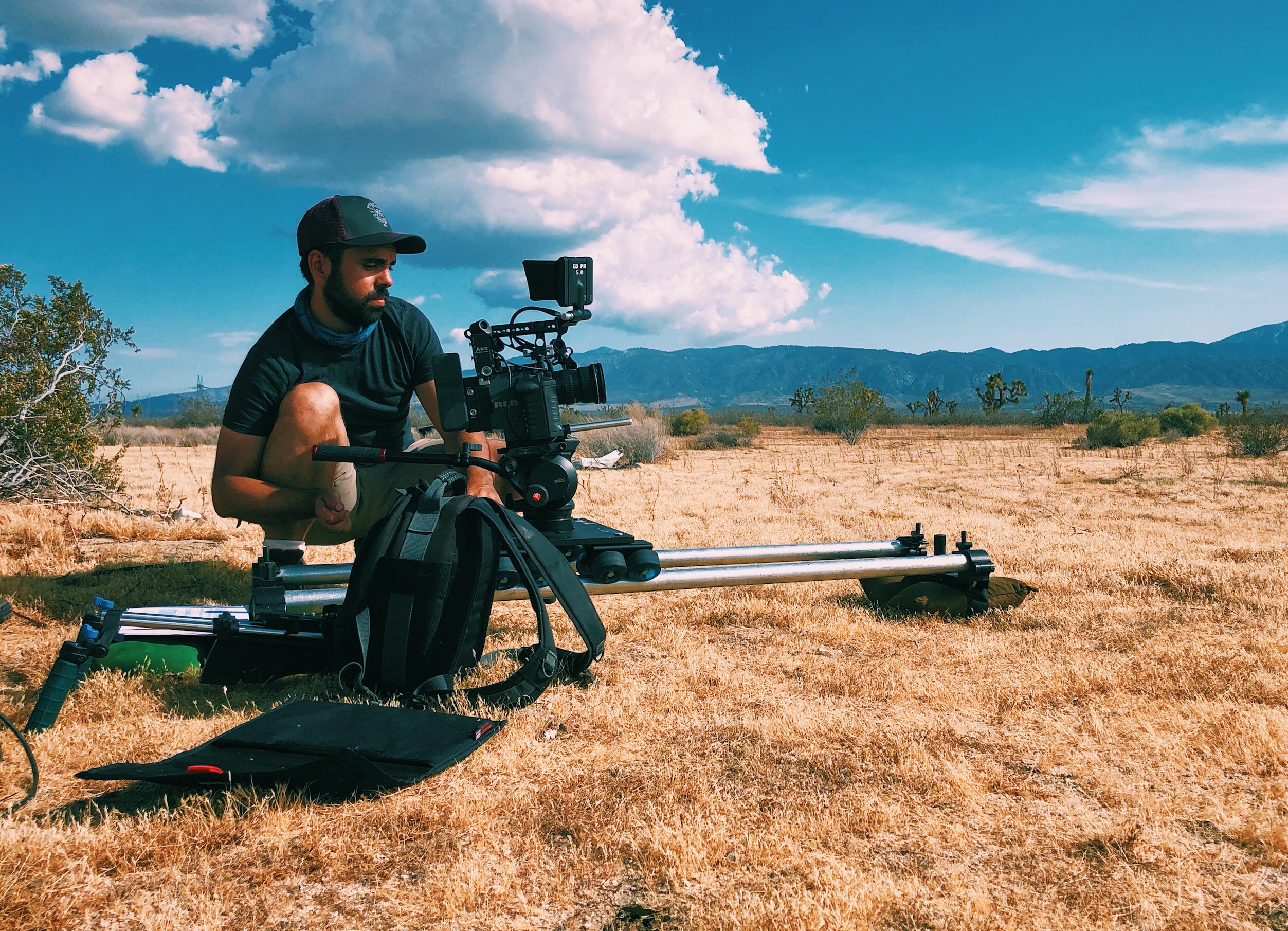 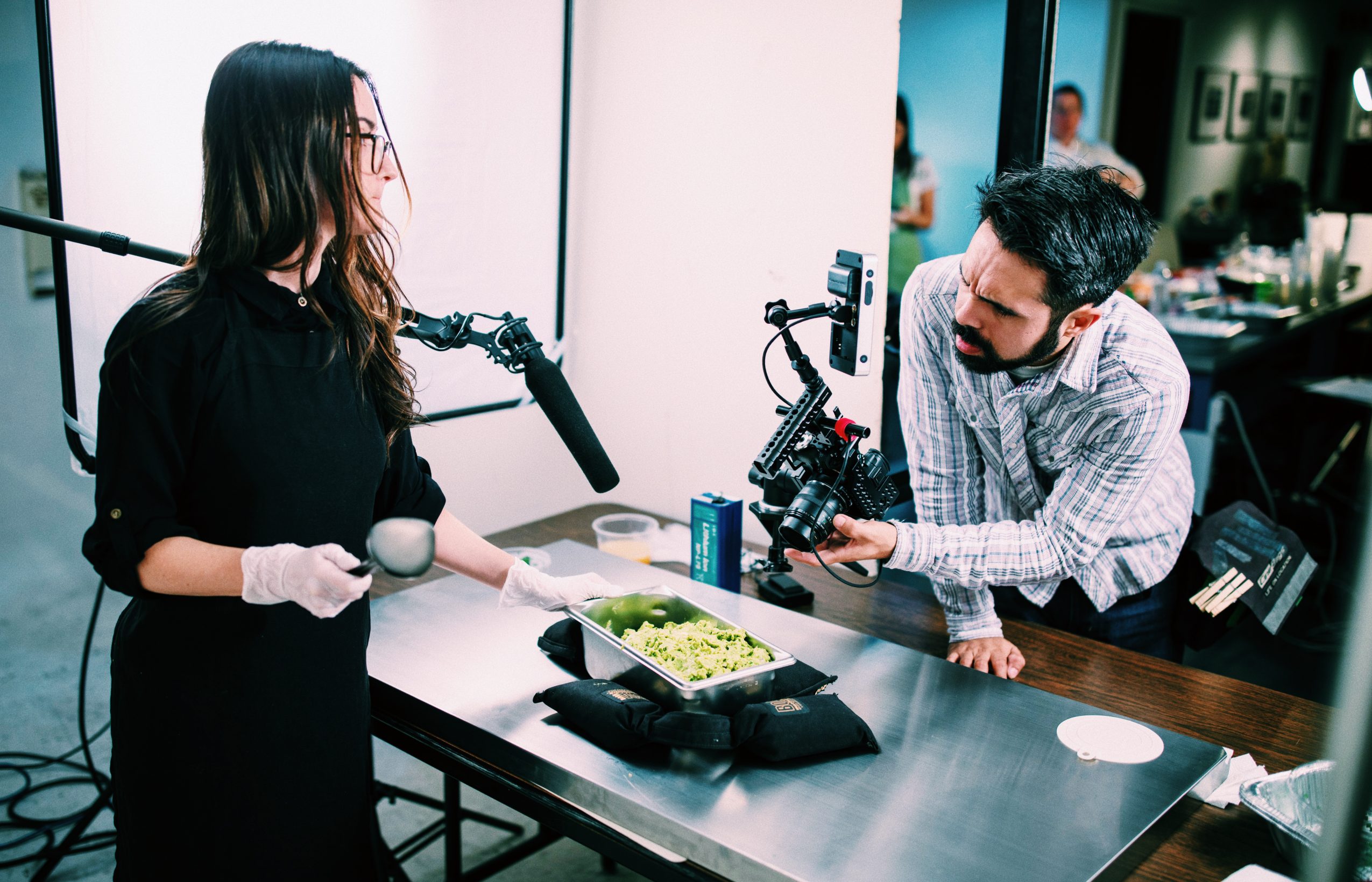 Image Credit:
The Screen Grabs were shot by me.