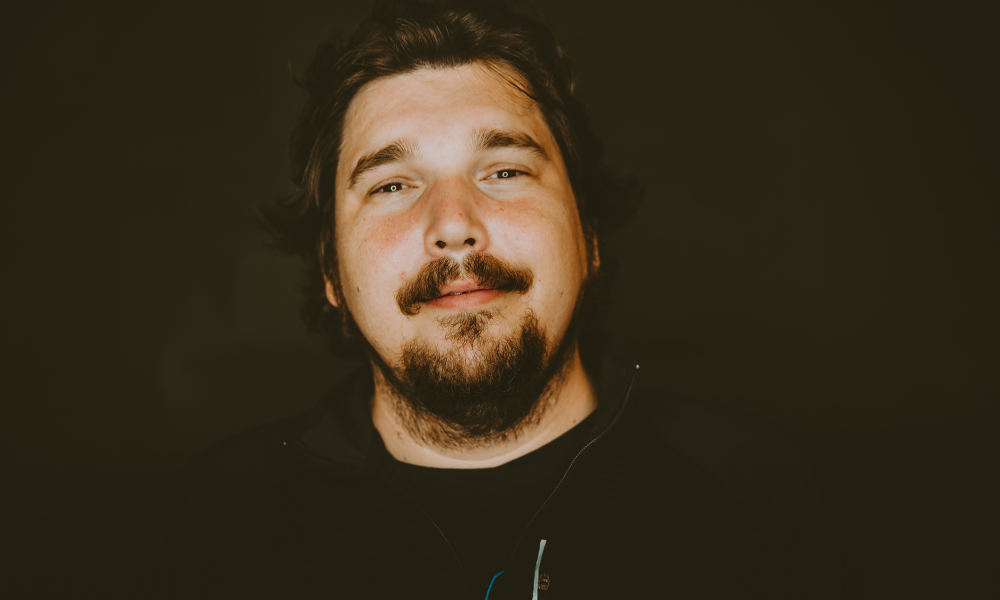 Today we’d like to introduce you to JP Cutter.

JP, can you briefly walk us through your story – how you started and how you got to where you are today.
I was born and raised in the San Fernando Valley. Video games were an early passion, and opened the door to my interest in technology as a whole. One of my Mom’s favorite stories is me asking for a new computer at a young age, insisting it was for my career. Elementary school was at a touchy-feely lab school on the UCLA campus; didn’t receive a report card until seventh grade. This allowed for early exposure to the Internet, that was really beneficial in retrospect. The ability to tinker during the web’s infancy led to site commissions. By the time I turned 15, I had helped launch an early music criticism journal and the official movie site for 1998’s “Phantasm IV: Oblivion.”

I attended UCLA for undergrad, but couldn’t maintain the GPA required to transfer to the engineering school. Decided to stay there, white-knuckling through a math degree while taking as many programming courses as possible. A summer job sorting old computer hardware turned into three years as a student worker in an IT department. Helping streamline repetitive office tasks offered some degree of problem-solving creativity, while the idle desk time allowed me to continue reading and tinkering online.

I was enthusiastic coming out of college and leaving my first real job, but a couple of difficult technical interviews in a row quickly squashed my professional confidence. Looking for a lower-pressure route into a technology career, I applied as a game tester for Activision. The job had some fun perks and gave me a better understanding of software development on a large scale… but also taught me about the crunch cycles, burnout, and high employee turnover that often come with it.

A close friend was working at an extreme sports video startup called BNQT, and knew I was interested in programming. He reached out, as they desperately needed help on the site, but didn’t have the budget for someone properly qualified. Giving up my tenuous chance to climb the ranks at Activision, I took the offer and hit the ground running as a web developer. It was another high intensity stereotype, with all-nighter engineering deadlines and hung-over management coming in at noon.

That job only lasted four grinding months, but once my friend left, the successful trial-by-fire gave me the confidence to find something better. High demand in the tech industry has been great, but it can make things unstable long-term, with frequent company mergers and department re-orgs. From there I held six full-time jobs in five years, from launching interactive Bingo at Game Show Network to maintaining the Beanie Babies virtual world at Animax Entertainment.

In 2013, I was approached about joining a concert ticketing startup that a former coworker was founding with a college friend. I was recently out of a relationship, hadn’t turned 30 yet, and wanted to make a big sweat-equity gamble, creating something from the ground up. The first two years were the busiest of my life, the only time I genuinely coded in bed until falling asleep, only to wake up and continue without moving. Tixr is still around seven years later, as we continue to grow our feature list and client base. The freedom of leading a department and having meaningful say on our final product has been an intoxicating experience, and it’s hard to imagine being an assembly-line coder again.

Despite work dominating my time, interest in media production never waned. I started a small podcast network in 2013, to get further insight into a medium that I love, while using professional skills for personal expression. The content is long-dormant, but I still maintain the site for fun, and hope to continue it someday. Whether through kickstarter donations, technical notes, website work, or extra hands on set, I tried to consistently support my friends involved with indie film production. These small but persistent gestures have led to producer credits on multiple forthcoming releases, based on everything from script notes to hosting a shoot at my house.

The most high-profile project I’ve been involved with happened when these paths converged. Jonathan Dotan is a friend of Tixr’s founders, whom I met while he was helping us set up the company early on. At the same time, he was helping produce the first season of HBO’s “Silicon Valley,” and would chat with us about the realities of running a small tech startup. With my foot in the door on something I would’ve happily watched as a fan, I tried to contribute as much as I could in my limited window. I wrote a sample scene with as much jargon and insider-tone as I could fit, which impressed J.D. enough to keep reaching out. By the end of the series, I had technical advisor credits on 29 episodes, including the pilot and the finale.

While Tixr is still my day job and top priority, I incorporated Useful Distractions in 2019 to facilitate contract quotes, and serve as a portfolio of past work and personal projects.

Overall, has it been relatively smooth? If not, what were some of the struggles along the way?
Aside from the difficult job interviews that stalled my confidence out of the gate, the closest I came to giving up was during my first few weeks at an intimidating new job. It was at a much bigger company than I was used to, on their biggest project, in a programming language I hadn’t worked in before. The project manager was under pressure, and I didn’t communicate that I wasn’t keeping pace with their estimate.

I ended up in my boss’s office, on the verge of a breakdown over the approaching deadline and a bad case of imposter syndrome. He was patient and reassuring, talking me off the ledge while getting me the extra time and resources to catch up. That was the last time a programming challenge felt truly insurmountable. The experience taught me that all big projects can be broken into smaller components, until each individual piece feels manageable. Weaving the pieces back together with foundational understanding is what strengthens that skillset over time, more than any tutorial or article can try to explain.

When people ask me about learning programming, my advice is always to find a project you’ll be passionate about. Which language or tutorial you start with can make a difference, but lying in bed thinking about how to improve YOUR thing is when the real muscle-building begins. Like all pursuits, keeping engaged and self-critical can be the difference between improvement and busywork. At a certain point, the recipe for success is good taste and the grit to keep working until the result is good enough.

Useful Distractions – what should we know? What do you guys do best? What sets you apart from the competition?
While Tixr is still my primary job, I offer a variety of contract services. The most common requests involve creating websites/apps, but I’m broadly available for technical consultation. From smart home design to drone rental, the Useful Distractions site will be updated to reflect past work and available services.

Any shoutouts? Who else deserves credit in this story – who has played a meaningful role?
The most consistently impactful person of my career has been my high school friend Austin Fonacier. He urged me to take the original BNQT job, helping each other through difficult circumstances to establish our skills. He’s a sounding board I’m always excited to catch up with, to this day. I try to take that lesson into life in general… it’s always worth supporting the people around you, small nudges can have big consequences.

Sabri Sansoy was an inspiring boss at Game Show Network, whom I ended up following to Animax Entertainment. After some combative early experiences with other bosses, it was a stunning first day when Sabri practically knocked me out of the way, to do the grunt work of hooking up my workstation himself. Always first to deflect praise down to his team, he’s also the one who talked me off the ledge during my potential Animax breakdown, and gave me the time and resources I needed to succeed.

It wouldn’t be the last time I let coworker relationships guide my employment. Addam Driver and Josh Rhoades both inspired changing jobs after they left, based on missing their leadership and camaraderie. The biggest factor in joining Tixr was the promise of creating something from scratch with Patrick Stavro and Kevork Tamamian. The projects we worked on together at Fox Sports included some of the smoothest rollouts I’ve ever had; we could get on the same page, exhaustively solve problems, and trust each other’s work.

It was largely beneficial to throw myself into Tixr 100% for the first couple years, doing all the research and work I’d avoided as “above my pay grade” before that. Starting a relationship with my girlfriend Cindy helped regain a bit of life balance after the initial sprint. Being accountable to each other’s calendars prevents time from feeling as disposable as when it was mine alone, making me more inclined to protect it.

Starting the podcast site during one of the busiest periods of my life was only possible with the enthusiasm and support of John Veron. There’s tremendous power in having someone say “sure, we should do that,” and meaning it. My forthcoming film and TV projects are with friends Dan Ast and Sean Farina, which I can’t wait to share more about in the future. 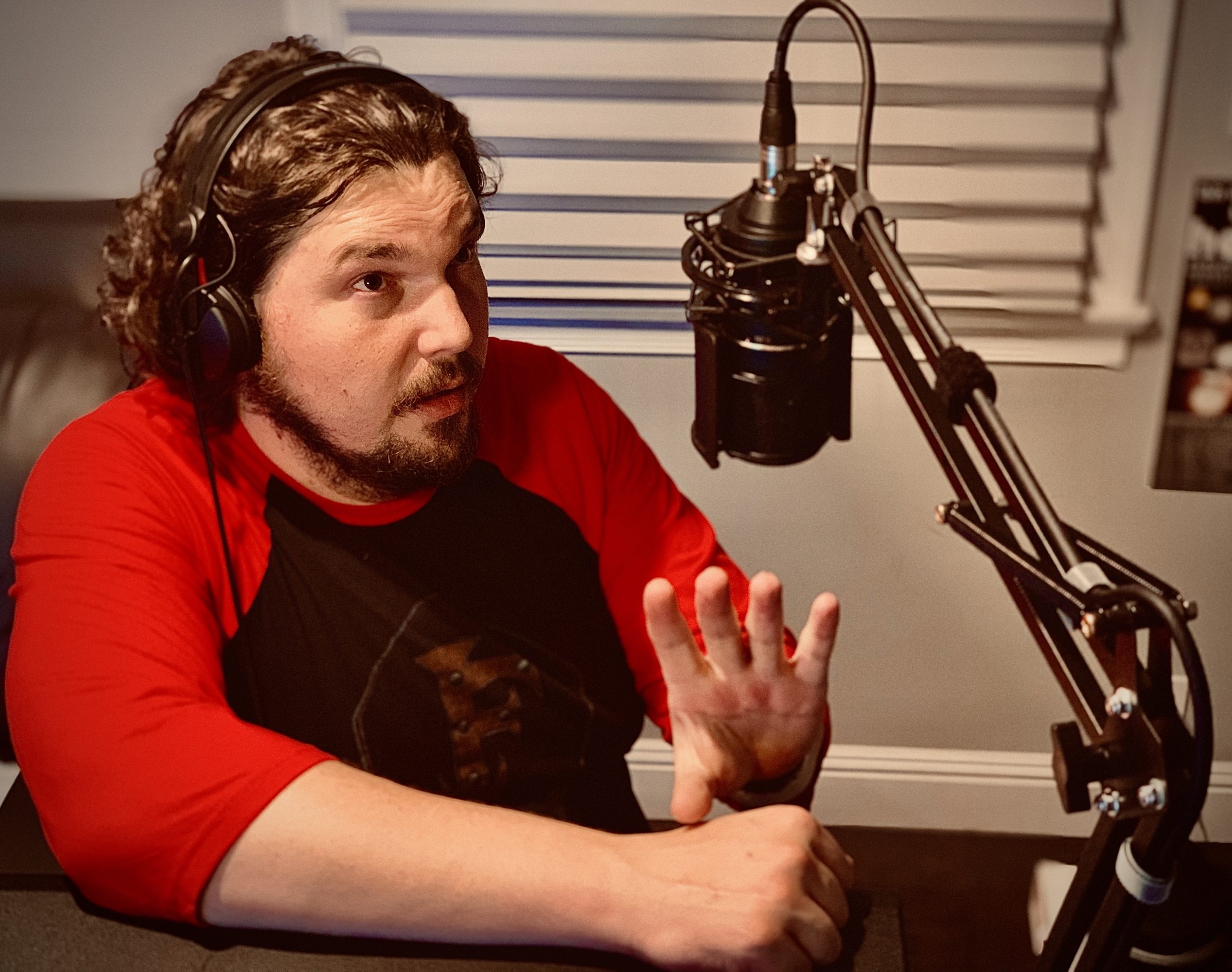 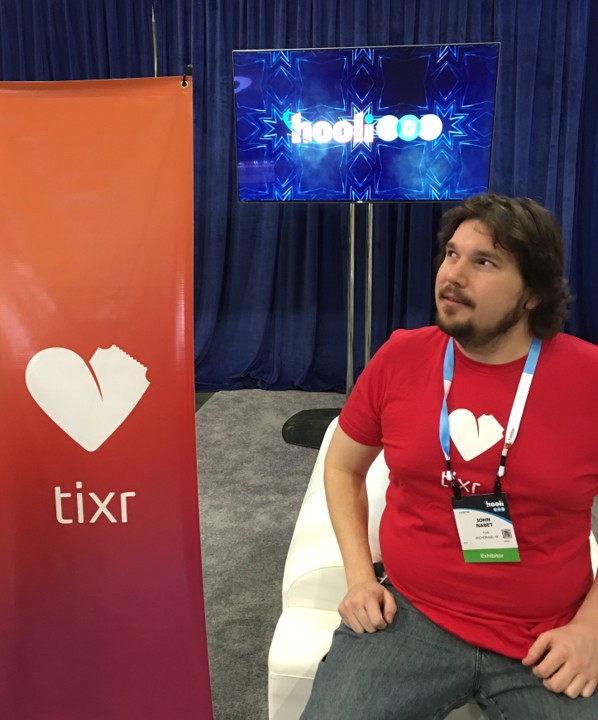 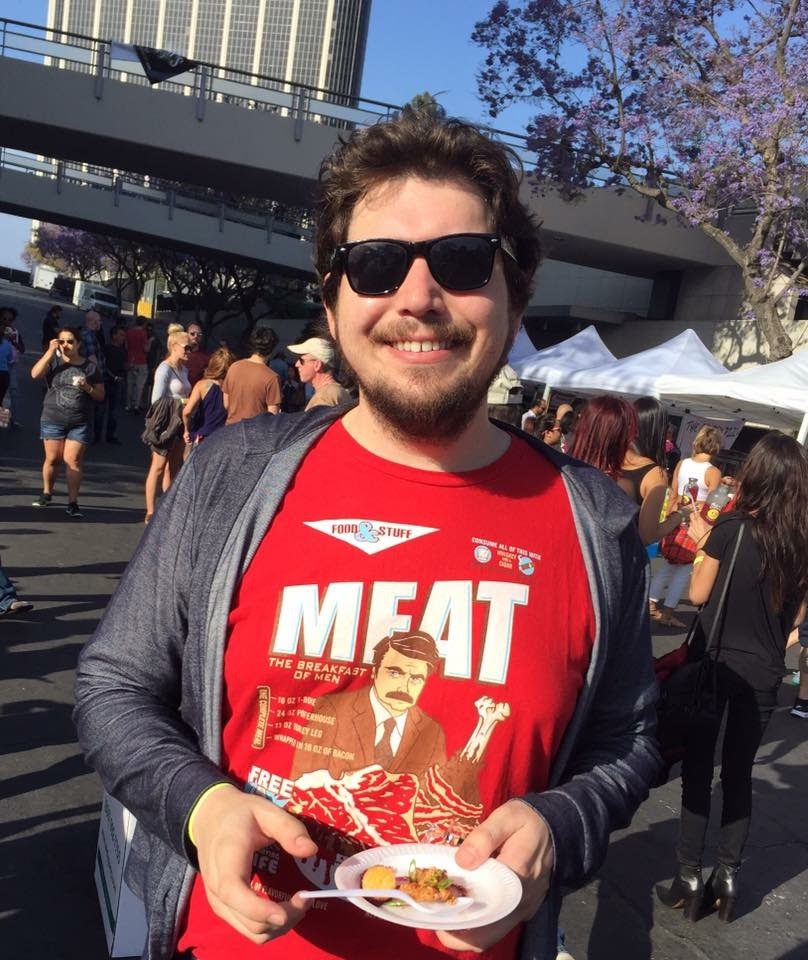 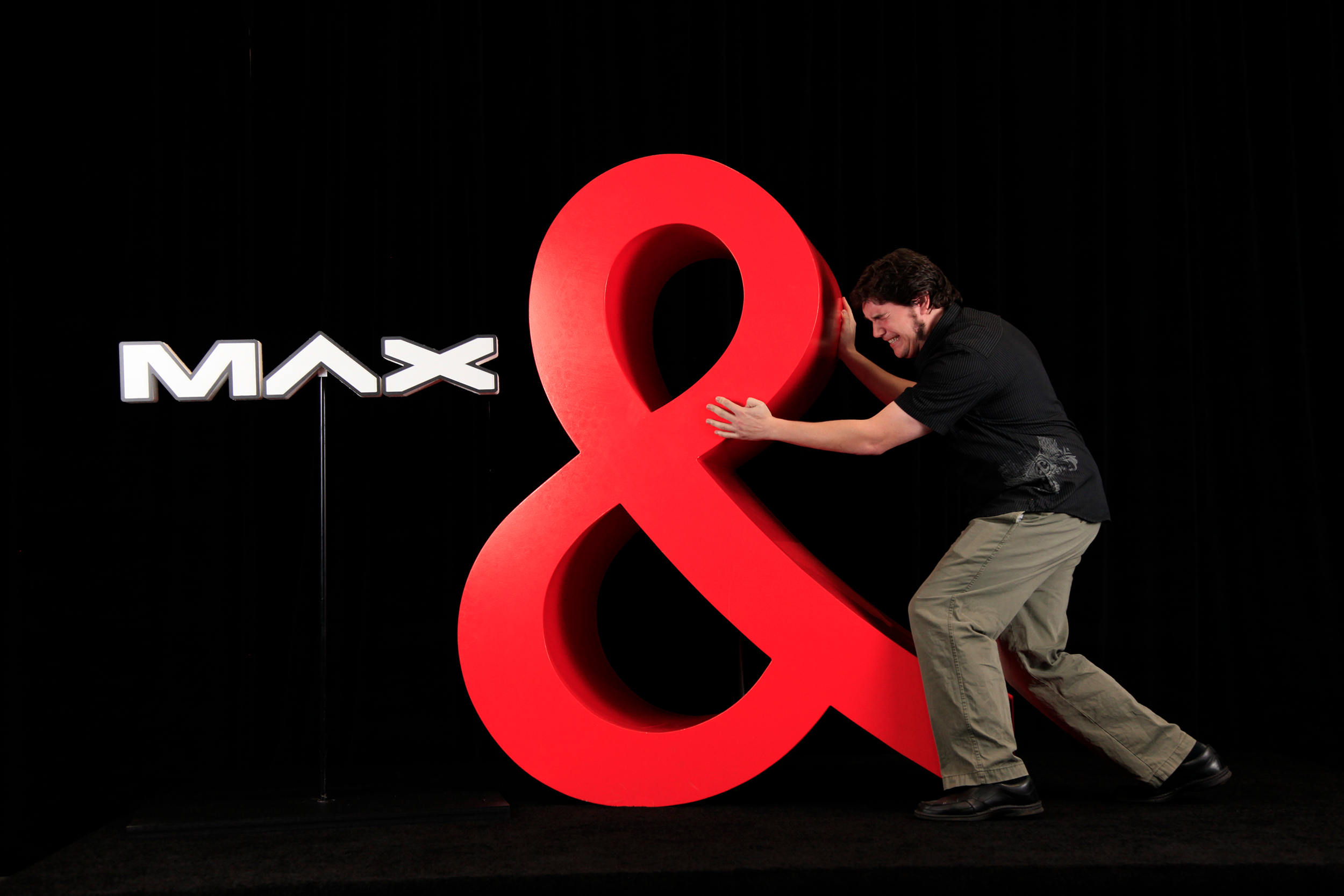 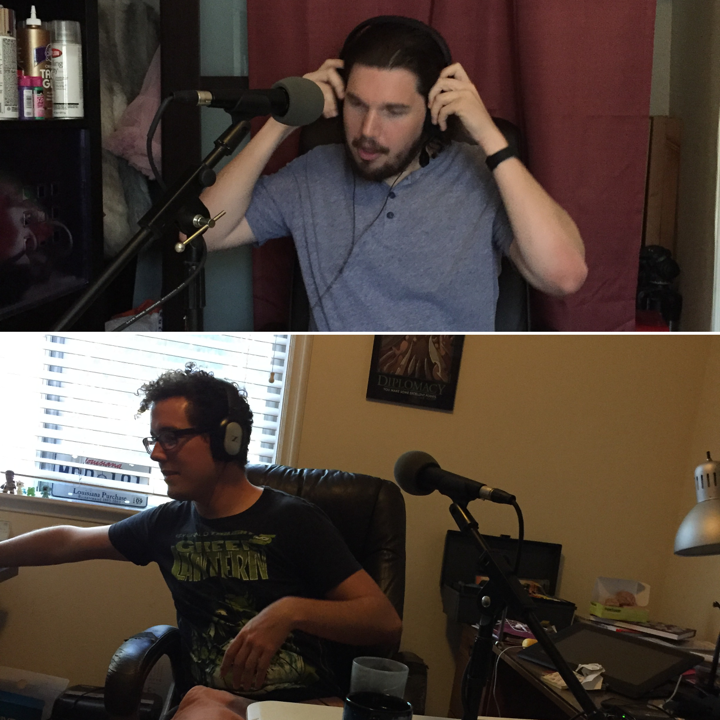 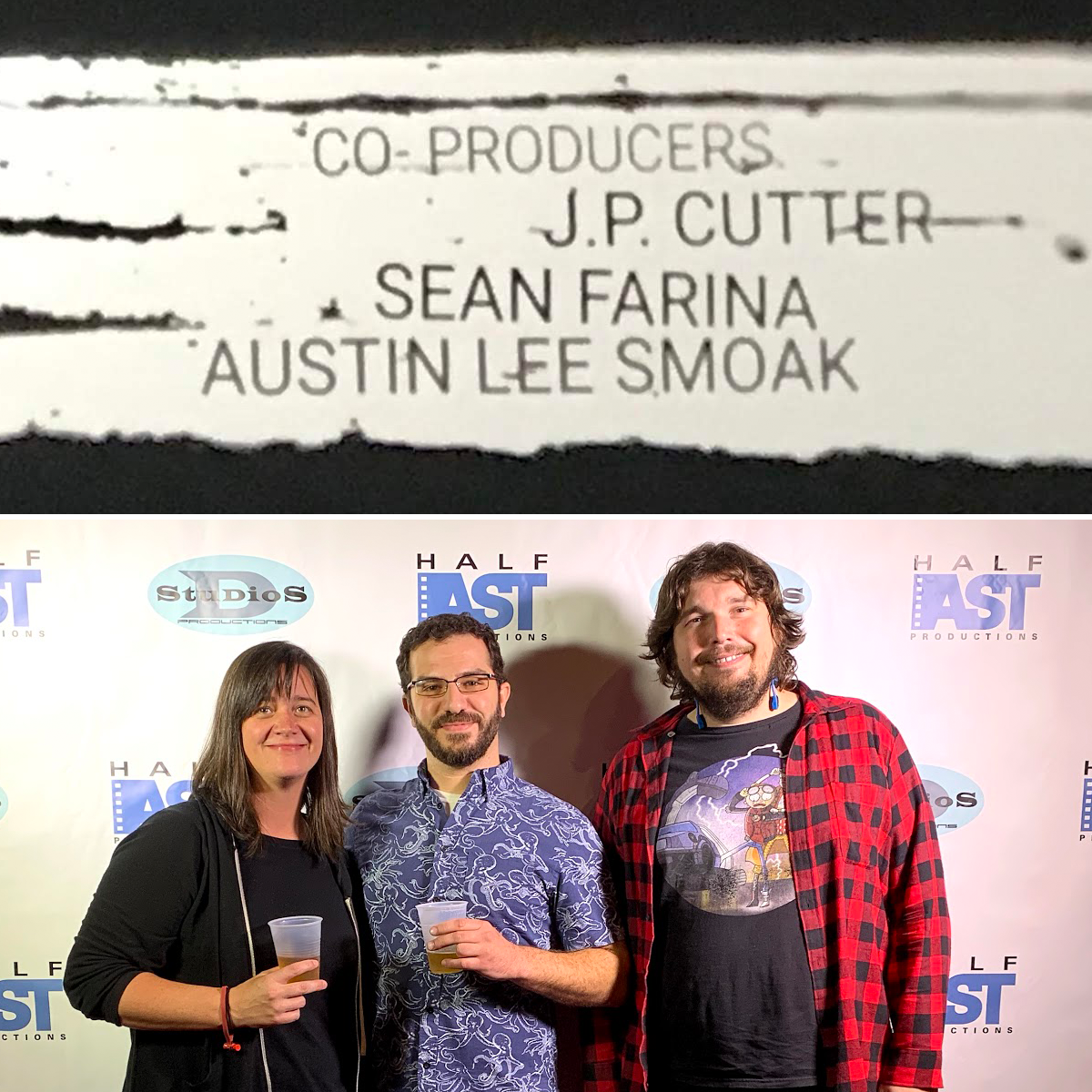 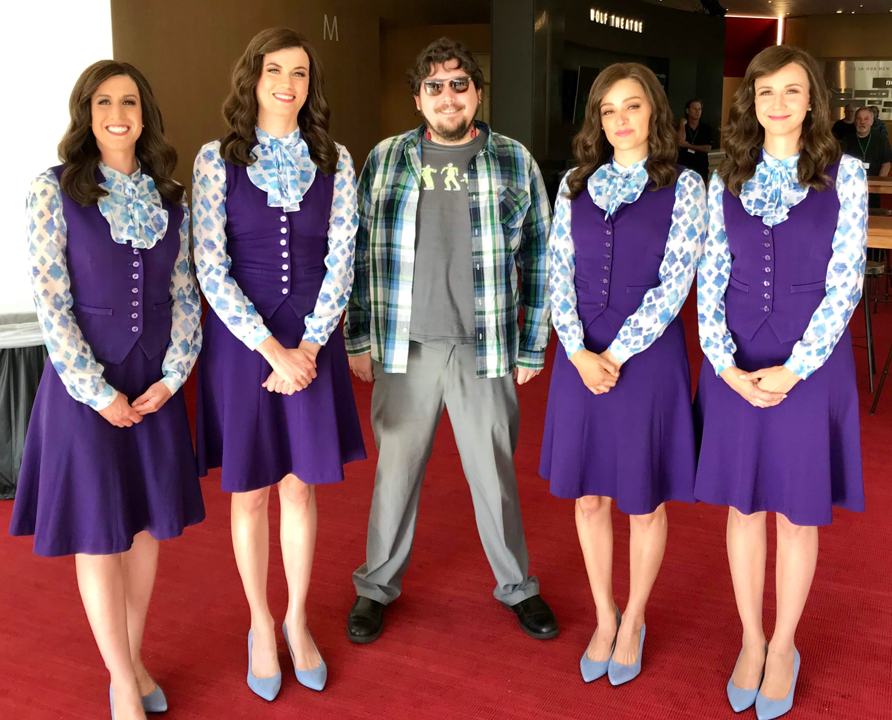 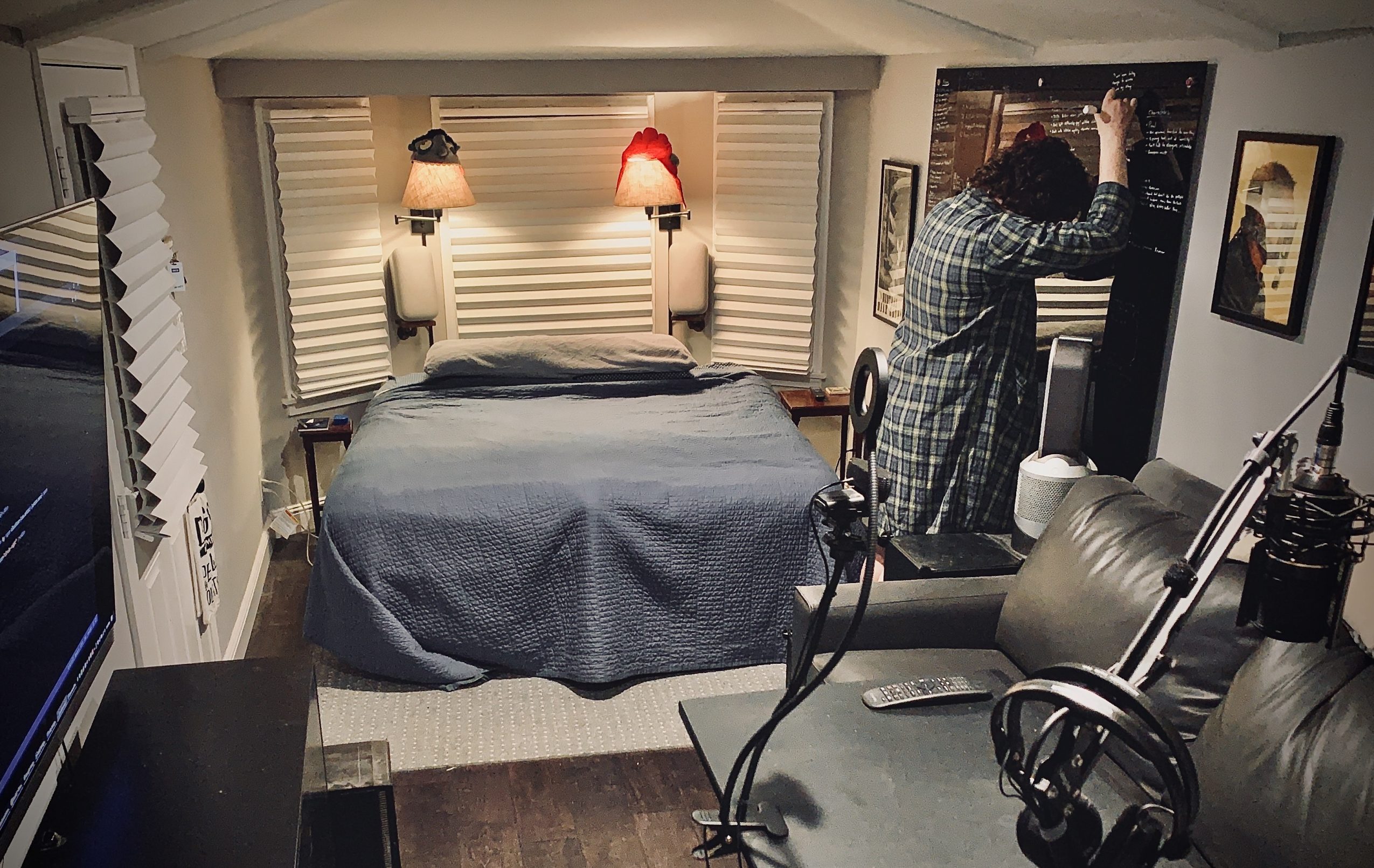 Image Credit:
The headshot solo image I first submitted, confirmed it’s okay with him: Austin Neill
The rest are mine.