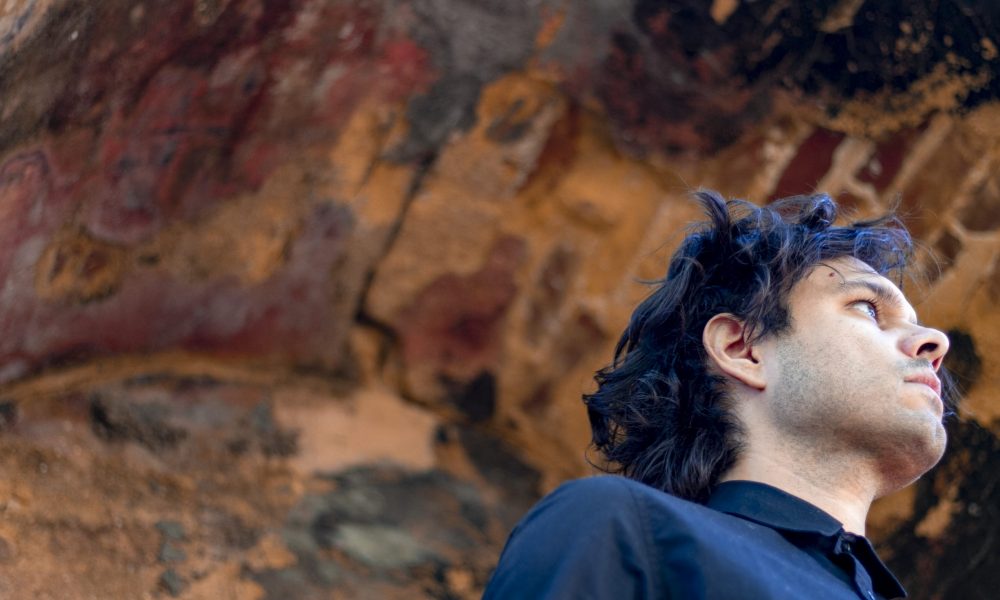 Today we’d like to introduce you to Joseph Gárate.

Joseph, let’s start with your story. We’d love to hear how you got started and how the journey has been so far.
The only thing that ever interested me growing up and as an adolescent was music and acting, but I went to a private high school that really seemed more about sports and science. This, along with the prevalence of highly conservative evangelical Christianity in my education and home life (which I knew I wanted little to do with), sparked my slow decline into the chronic state of isolation I always have to rescue myself from. When I graduated high school, I was depressed and had zero ambition. I didn’t understand what I was supposed to do.

Nobody told me I should start a band, play shows, figure out how to make a record, move away, make a plan for myself, and do all the things the people I grew up admiring did. So with no real ideas beyond my musical ambitions (that I didn’t even have the courage to utter aloud), I did the college thing. A few teachers took an interest in me because I sang pretty well and because I’ve always loved to act I found myself in an opera program at my university. I really did love it, but like most things in my life, it just happened to be something someone else thought I should do and something friends were doing so since I was pretty good at it, I kept it up.

I found a teacher who was a real mentor and life coach to me… she really saw something in me besides my voice and abilities on stage, and while she convinced me I was too talented NOT to pursue a career in classical singing (I continued to study with her through to the end of a graduate degree), she also knew there was a lot more for me to do. She encouraged my composing and songwriting and came to a bunch of my shows at bars (which I’m not sure she liked very much). In a round-about way, she sorta gave me the “permission” and courage to do what I really wanted to do. What a strange thing to say… but I guess it’s true.

The last bit of grad school and the time shortly after finishing was a turbulent and really transformative time for me. I quit a band I had played with for a long time (which basically made me lose all of my friends, or at least that’s how it felt at the time). I decided to give everything to my own solo music, which was hugely liberating but cripplingly scary. I got sober. I met the person I’m in love with. We had a baby. In the span of (something like) two or three I years pieced together this strange new adult life.

I still do work a lot in classical music, I really do enjoy it .. but it isn’t what keeps me up at night. I don’t dream about singing Mozart beautifully (which is something lots of people do dream about- and rightly so!) or about what roles I want to learn. I go to bed at night thinking about how I can arrange a song I’ve just written for a band, or what songs I want to put on an EP, or where I want to tour next year. Those are the kinds of creative and professional ideas I’m consumed by that make it possible for me to get VERY little sleep.

I’m insanely lucky to have the opportunity to teach a lot, sing a lot, write a lot, and play a lot. In the last year and a half, I wrote and arranged music for a web series, a film, and a production at CSUN. I toured parts of the country with D I A M O N D S that I’d never been, and I sang at Carnegie Hall. I met bands and producers from all over the states, some of whom I have plans to collaborate with and play with again.

Next year, I have three D I A M O N D S tours in the works, and I’m preparing a role for a film to be shot in Bulgaria and Greece in the Spring. There’s also LOTS of music and a video ready to be released, tons of shows to play, a live band to put together, and a lot of great artists to work with. I’m TRYING to remind myself that I don’t HAVE to be the same person who spent hours, days, years in my room, biting my nails, listening to The Smiths.

I’ve been able to create a life that’s beginning to resemble the one I didn’t think I deserved. A life I was always too unhappy to visualize but knew I would die if I couldn’t get or at least try for. I still listen to The Smiths. That was actually always really useful.

Has it been a smooth road?
No, not really… I know very well that a lot of things have come naturally to me, that I’ve been extremely fortunate. Lots of people have had to overcome MUCH more than me … but I’d be lying if I said that it’s been easy. My challenges have been largely personal and self-imposed.

A few years ago, I had to deal with my alcoholism once and for all, otherwise, I was going to die. Any drug addict or alcoholic in recovery will tell you that when you’re in your illness, you basically ruin your life… quickly or slowly. In my case the disease was aggressive, and I had to put an end to it.

I’ve spent the majority of my life depressed and have to medicate most of the time to function normally. Even with a beautiful family, I feel loneliness nearly every day… which doesn’t somehow end when you become a parent. I have a four-year-old boy and, even as someone who has had little success in this department, I’ve endeavored to teach him to advocate for himself, to participate socially, to speak his mind, and to share his feelings without worry or shame. If you’re lucky, you’re able to compartmentalize, to parent with your brain and not with what feels natural to you.

The loneliness I’ve felt ever since I was a young child is probably just a natural state of my being. Sure, it was probably exacerbated by certain things that occurred in my childhood, but as early as I can remember it’s been a constant in my life, it’s always somewhere around the corner.

Sometimes I’m able to keep a real friend or two for a good stretch… but generally, people drift in and out of my life, sometimes without ever really saying goodbye, and I’m sure that deep down… even though it hurts me on a conscious level, I probably like it that way. I guess I feel compelled to talk about this stuff because… I know that artists (and anyone really striving to accomplish anything meaningful in modern life) deal with these matters daily.

It’s hard to get out of your own way. I think that most of the time we JUST need to decide what we want, decide we deserve it, admit when we need help, seek the help, and ACCEPT the help. Whenever people wanna talk to me, whether it’s about drinking or anything… I’m always really excited for the opportunity to lend an ear and give whatever I can.

Not only do I think it’s important, but it also makes me feel better. I hope someone reads this and hits me up. Helping other people saves your life -that’s NOT a cliché. I wish I could do it more often. I’ll try.

So, as you know, we’re impressed with D I A M O N D S – tell our readers more, for example, what you’re most proud of as an artist and what sets you apart from others.
D I A M O N D S is the primary brand and vehicle through which I write and compose music. It’s a solo act and a band (since I do sometimes love to play with other musicians). I make records, play shows, write music for film and the stage, plan and curate events, and (especially with the latter) try my best to effect SOME positive change locally -as naive as that may sound.

Something I’m proud of is the variety, eclecticism, and stylistic range D I A M O N D S is capable of. I can only make honest music, and part of being honest is to allow for different things to make its way in… I know this lacks a certain savvy in our playlist/hashtag/micro-genre culture, but I guess I don’t know what else to do.

I’m not ashamed to make really bummed out music. Not only is it real for me but I think it can make some people feel less alone. Don’t get me wrong, I adore pop music.

Great pop music can be immersive, accessible, memorable, and real all at once… and I strive to do that sometimes, but when something comes out of me that is unabashedly sad and not all that poppy, I need to remind myself to accept it. Sad music saved my life. I dream of being an artist like that for someone else.

Let’s touch on your thoughts about our city – what do you like the most and least?
Los Angeles feels like home to me now… finally. It never used to (even though I was born and raised here). It’s beautiful. I hate cold weather and rain, which I know is strange given my disposition. I love seasons and diversity in our climate on a CONSCIOUS level because we need it and climate change is killing us all pretty quickly now … but on a purely childish and emotional level I can only ever deal with sunshine -so this city is perfect for me.

We have everything here — everything culturally that you can imagine. There is however much to be suspicious of. Gentrification and housing costs have sadly made huge portions of the city impenetrable for lots of people I know. Socially and emotionally, there’s a kind of a malaise here that so many suffer from. If you don’t have a plan for yourself and act quickly, you become hypnotized. The grass will grow over you. It’s sort of ironic given the glamour, sunshine, and proximity to the beach… it’s gross, romantic, sad, and beautiful all at once. 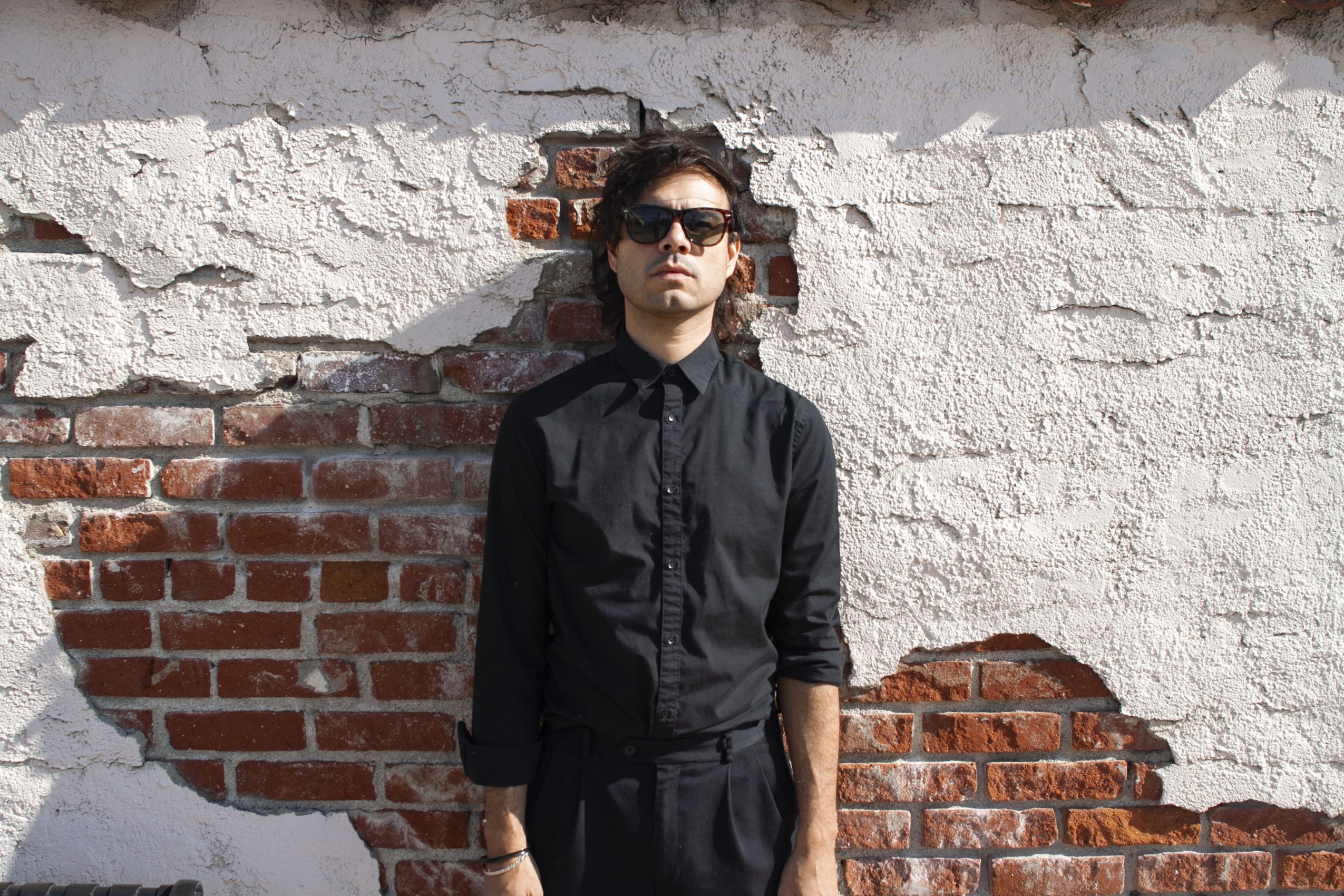 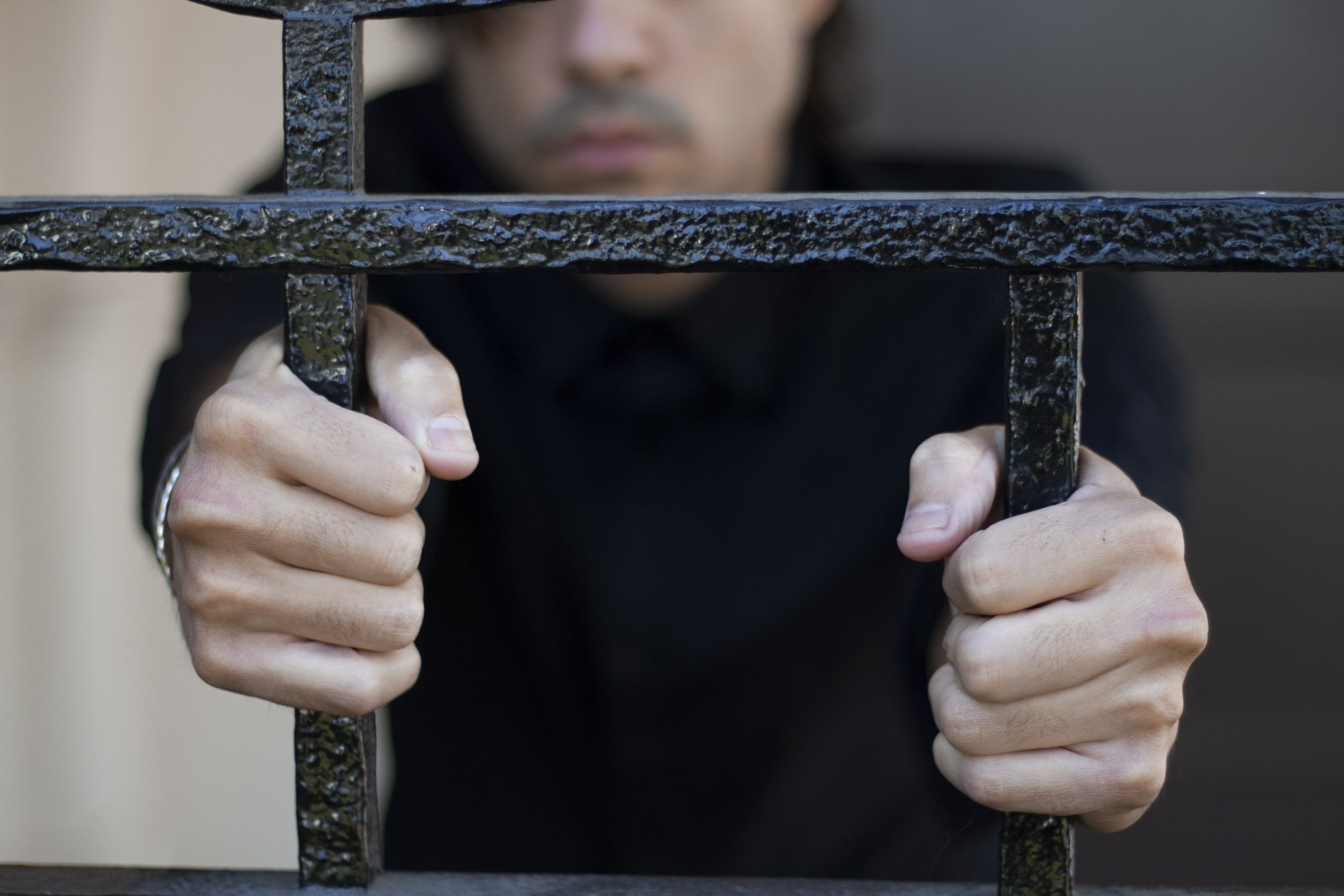 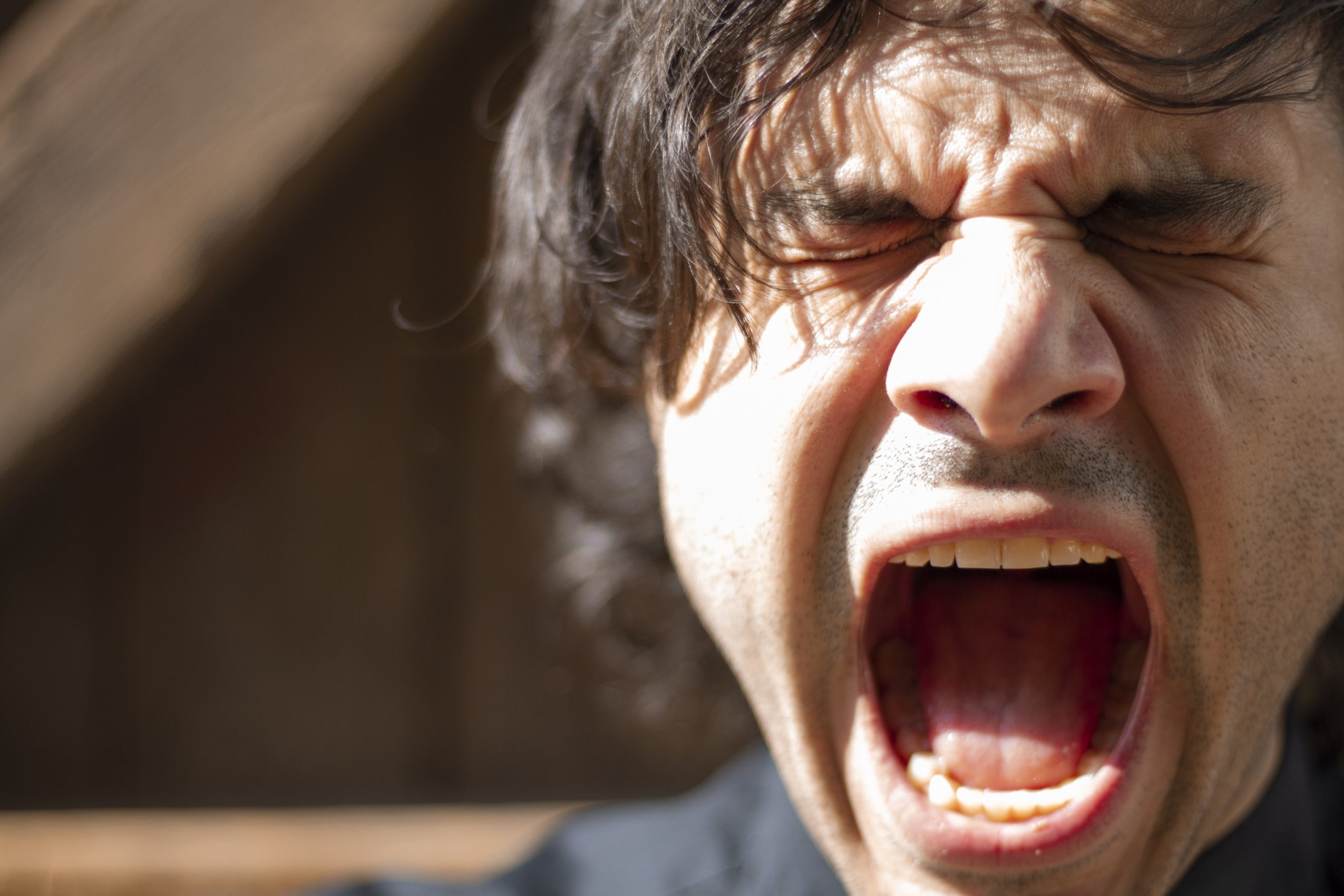 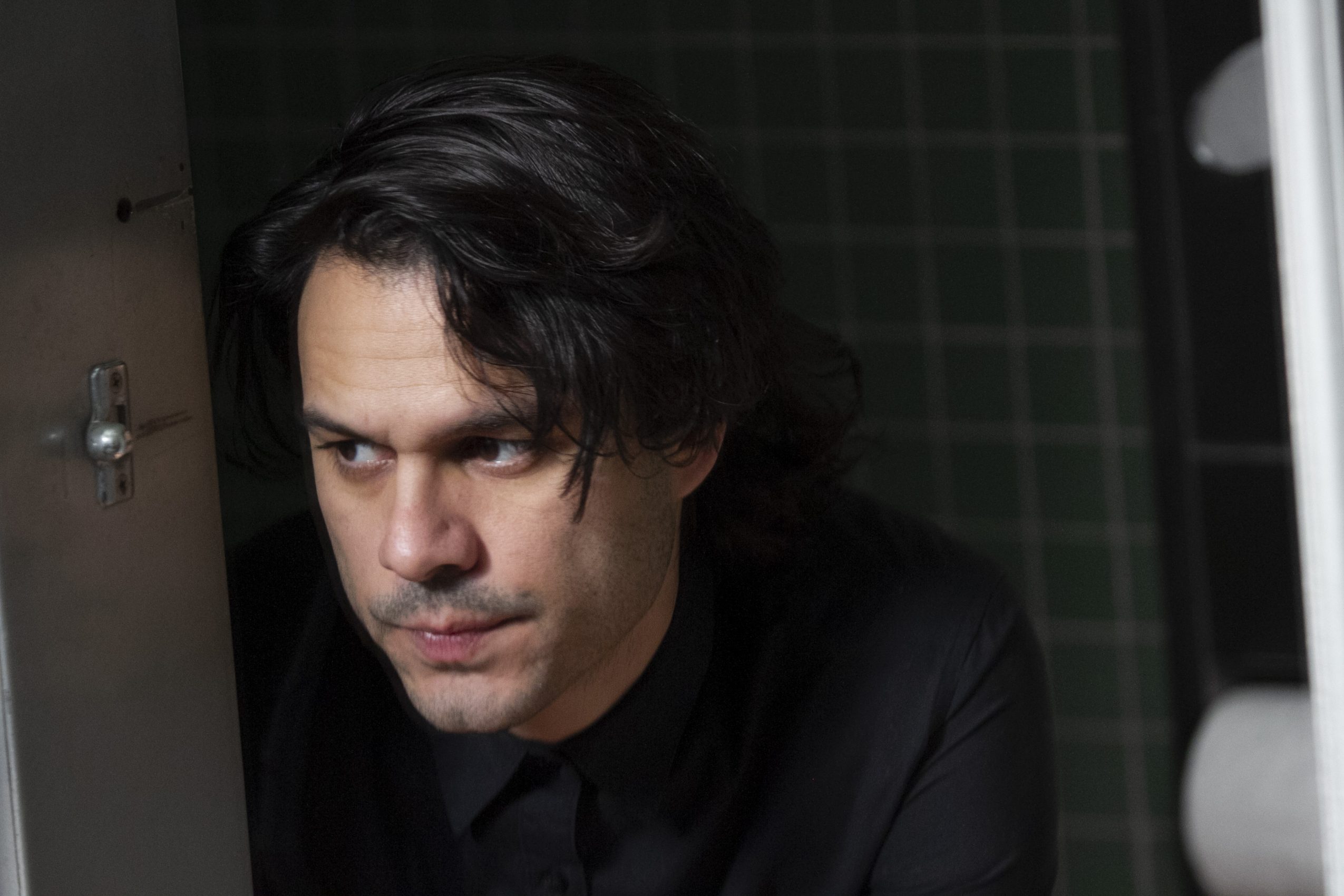