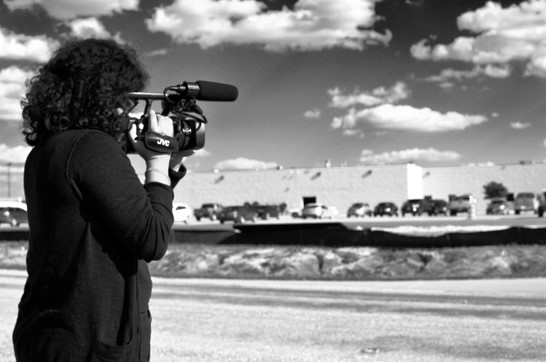 Today we’d like to introduce you to Jennifer A. Cárcamo.

Jennifer, please share your story with us. How did you get to where you are today?
I was born and raised in Los Angeles, CA to Salvadoran migrant parents who fled the civil war in the late seventies and mid-eighties. My maternal grandmother was the first one to migrate by herself in 1979. She then went back for my mom, uncle, and aunt in 1985 fearing that my uncle would be recruited into the war by the military (who drafted boys as young as 12 years old) or by the guerrilla army (who my uncle later admitted to considering joining before my grandma went back to bring them to the US). They came undocumented and lived in a one-bedroom apartment in MacArthur Park with other families until my grandma was able to save up enough for her own studio apartment with the money she made as a live-in housekeeper and nanny for a wealthy Jewish family in Beverly Hills. My mom and uncle graduated from Grant High School in the San Fernando Valley after they were bused out because Belmont High School (their homeschool) was too overcrowded with recently arrived Central American migrant youth. Shortly after, my mom met by dad–a trucker driver from El Salvador–and I was born, the first in my family with a US birth certificate.

Although I visited El Salvador frequently as a child and grew up very conscious of the fact that I was Salvadoran, I didn’t really grow up knowing the history about WHY or HOW my family ended up in the U.S. As the first in my immediate family born in the US, I was highly encouraged to Americanize and assimilate, especially once I started school in Los Angeles. For example, although my first language was Spanish, I quickly learned in school that not only was that not acceptable but that my Spanish was different from that of my peers. My accent was different and the words I used sometimes didn’t translate. Unable to make sense of this as a child, I quickly adopted English as my dominant language and began losing my Spanish fluency until I was in high school. It was then that I started asking deeper questions about my background, history, family heritage, and identity. Was I Salvadoran? American? Salvadoran-American? Central American? Salvi? All of the above? Does it matter? It wasn’t until college that I began to get answers to my questions. My cousin, Elizandro, was one of the co-founders of a student organization called USEU, la Unión Salvadoreña de Estudiantes Universitarios, and he encouraged me to join after I was admitted to UCLA. Joining USEU as a freshmen undergraduate student at UCLA honestly changed my life. So many questions that I had struggled with as a kid finally started to get answered and make sense. I had finally found a space that not only understood me and made me feel like I belonged, but that also encouraged me to continue asking questions and think critically about my identity and history as a diasporic Salvadoran (Salvi) youth in the United States. Moreover, it also became the space where I became an active organizer and militant of my community, which turned out to be one of the most empowering and transformational experiences of my youth. USEU became my organizing training ground. It was the space where I learned how to organize and advocate for students, youth, parents, and community, something that I continue to do to my capacity wherever I’m at.

I also met scholars, professors, and graduate students who taught me the importance and necessity of conducting critical research on our communities to continue unpacking and understanding not only our history, but our current reality. It was this exposure that encouraged me to pursue my MA in Documentary Film and History, as well as my PhD in History with a focus on Latin America, specifically Central America (which I’m currently in the process of). During my first MA program, I produced my first documentary called “Children of the Diaspora: For Peace and Democracy”, a film about USEU’s 2009 delegation to El Salvador during the presidential elections. I also recently came out with my second documentary called “Eternos Indocumentados: Central American Refugees in the United States”, a film about the most recent refugee exodus and the illegal practice of incarcerating Central American refugees via makeshift concentration camps. During this process, I was also a founding member and organizer of the Human Rights Alliance for Child Refugees Families and began working as a youth organizer at CARECEN-LA, the Central American Resource Center of Los Angeles.

Overall, has it been relatively smooth? If not, what were some of the struggles along the way?
My biggest struggle has been balancing my life as a student, educator, organizer, and filmmaker while also keeping in mind that I am just one human being, and I can’t always do it all. While I’m generally good and effective at organizing and working on multiple projects at one time, I sometimes forget the emotional and mental toll it takes when dealing with such heavy traumas in our community. I sometimes take for granted that I’ll be fine–because sometimes, many times, I’m not. I often manage to push through, but I’m conscious of the fact that I’m most probably carrying a lot of secondary trauma from working with refugee communities on top of dealing with my own traumas as someone who is a product of this history.

One of the most frequently asked questions I get asked when I do talks about my films and organizing work is “How do you deal with all this emotionally?” In retrospect, I realize now that I give a different answer every time because I deal with it in different ways. What normally helps me deal is being a part of groups and collectives where I’m constantly dialoguing and discussing issues within our communities with fellow organizers and community in ways that encourage healthy copping mechanisms, as well as try to come up with solutions and alternatives for addressing some of the issues at hand. I also cling onto small victories because–however, small–they provide a light at the end of the tunnel that keeps me going, that gives me hope. I’m often awe-struck by the strength, resilience, and humility of refugees who, despite living and experiencing so much ugliness and trauma in their lives, continue to have hope in humanity and the future.

One of my favorite political theorists, Antonio Gramsci, has a popular quote that goes “pessimism of the spirit, optimism of the will”, which is basically saying that while we need to remain critical and vigilant of the dire consequences and we’re currently living (i.e. the crisis of global capitalism), we cannot lose hope in our will to overcome, to survive. I think about that quote often, and about the people I’ve met who embody it on the daily. Of course, I acknowledge that this is often easier said than done, but it keeps me going. It reminds me when to pick up my camera, and when to put it down; when to organize and build community, and when to take time for myself; when to respond to a student, and when to tell them I need a minute; when to focus on my research, and when to take a walk. When you’re part of the struggle, you’re always struggling. The trick is to find ways to never lose hope.

Please tell us about Eternos Indocumenados: Central American Refugees in the United States.
The name of my most recent film is called “Eternos Indocumentados: Central American Refugees in the United States”, and it’s about the current refugee exodus from Central America to the United States. I started production in July 2014 when mainstream US media became flooded with images of what they termed “unaccompanied Central American children.” Most of these children—many coming with their parents—were fleeing from the violent consequences of U.S. intervention in El Salvador, Guatemala, and Honduras. Once in the United States, they were detained in what migrants have come to label “hieleras” (ice boxes) in makeshift detention centers around the country. Rather than providing asylum to these refugees, the Obama Administration at the time used this “humanitarian crisis” to expand the previously defunct practice of family detention, which was later inherited and further expanded by the current Trump Administration.

By the spring of 2015, more than 3,000 refugee women, children, and members of the LGBTQI community were illegally detained. Today, that number has become exacerbated by the creation of makeshift concentration camps across the Southern border of the United States, including widespread human rights violations that get worst by the day. My film, Eternos Indocumentados, sheds light on this issue by highlighting the first-hand accounts of recently arrived Central American refugees, as well as organizers leading the struggle for justice on the ground in Central America. What makes my film different from others is that it centers the voices, stories, and analysis of Central Americans on this issue while exploring the root causes of forced migration. In the words of the late Salvadoran poet, Roque Dalton, as he says in his Poema de Amor, this film is about los Eternos Indocumentados (the Eternally Undocumented). The film itself premiered in December 2018 on Human Rights Day and can now be found online at https://www.eternosindocumentados.com/.

Any shoutouts? Who else deserves credit in this story – who has played a meaningful role?
The production of my film was truly a labor of love, which would not have been possible without the help and support of my advisors, comrades, friends, and family. First and foremost, my advisors, whom include Dr. Leisy Abrego, Dr. Suyapa Portillo, and Dr. Steven Osuna, all of whom helped me with the early framing of my film narrative, as well as with letters of recommendation for production grants and contacts in Central America. Of course, I am also grateful to my production crew who were my biggest support during the production and post-production of my film: Joe Nardello, film director of photography, Claudia Ramirez, assistant editor, Samantha Pineda, research assistant, and Carlos Rivas, assistant DP and guide throughout Central America (namely El Salvador) during production.

Members of the Human Rights Alliance for Child Refugees and Families were also fundamental in helping me with the transcription and translation of the subtitles to make the film accessible to viewers in English and Spanish, as well as in helping me with distribution–i.e. organizing the film premiere, organizing the film tour in the winter and spring 2019, and creating the supplementary facilitation guide (which can be found on the film website) for the online release. These folks include Steven Osuna, Nancy Zuniga, Kryssia Campos, Grecia Mondragon, Ivan Villanueva, and Jessica Gomez. The film score was directed and produced by James Diaz, an incredibly talented Guatemalan musician based in Riverside who graciously donated his tracks for the film’s score.

I’m also thankful to my friends Pilar Galvez, Maricela Lopez-Samayoa, and Ramón Hernández for helping me at different points throughout the production of my film with editing feedback and support. Last, but not least, I am also grateful for my family who truly inspired this film and who were among my biggest advocates and supporters in life, including the production of this film. Thank you to everyone–this project would not have been possible without y’all! 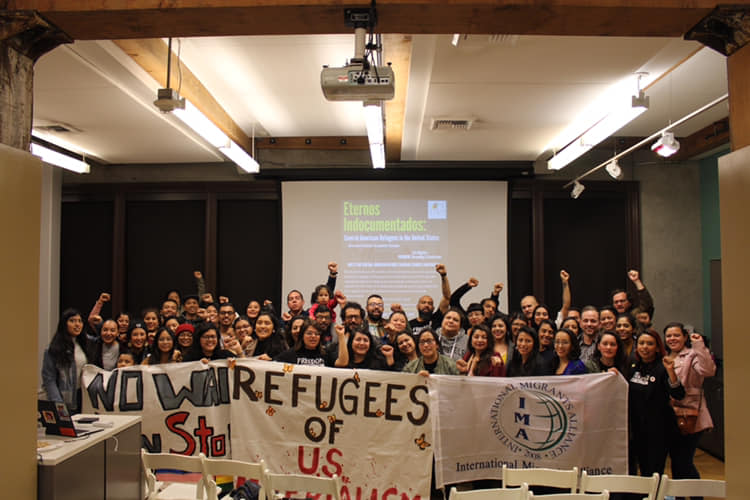 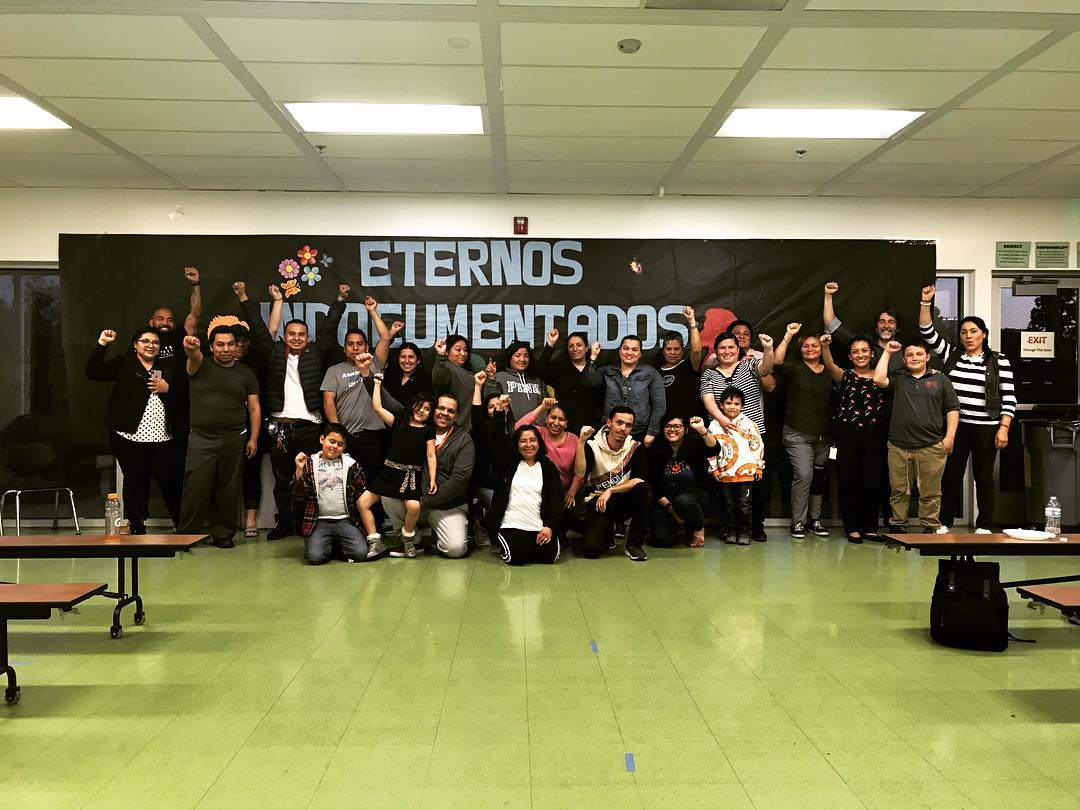 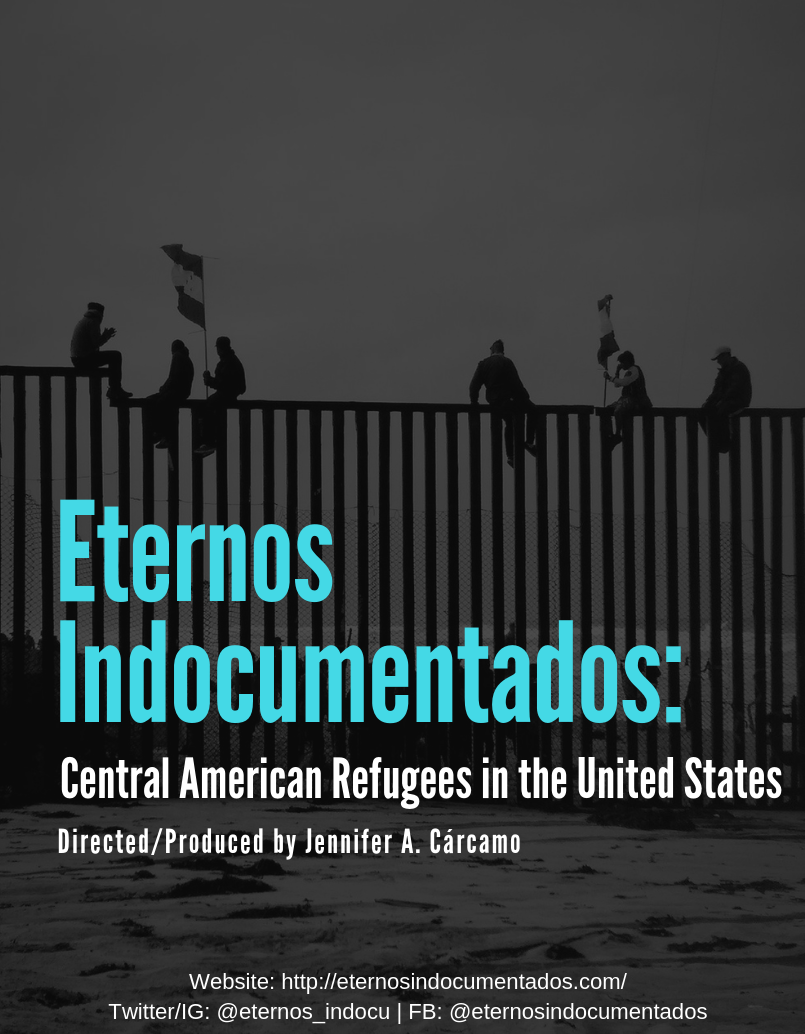 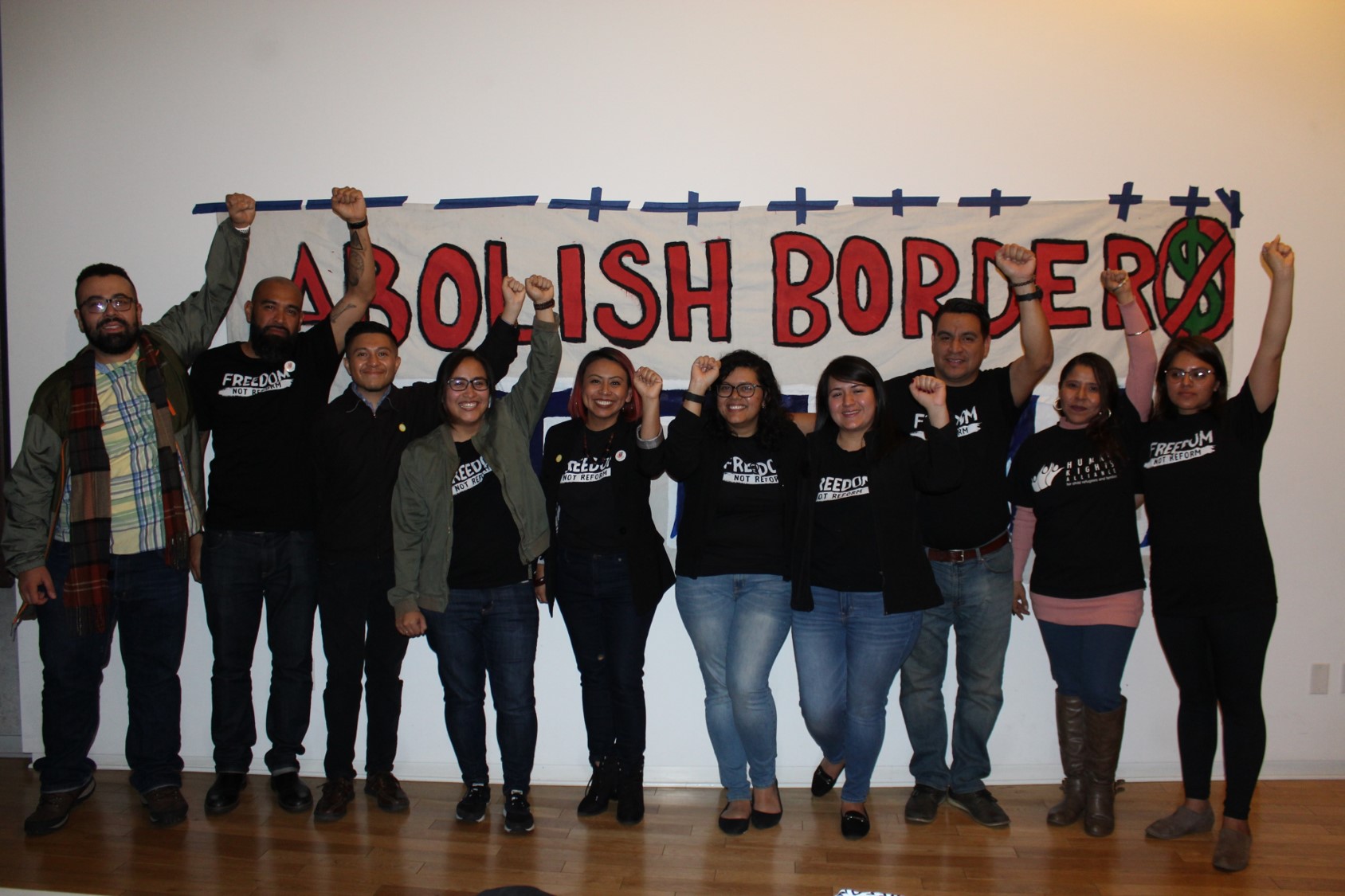 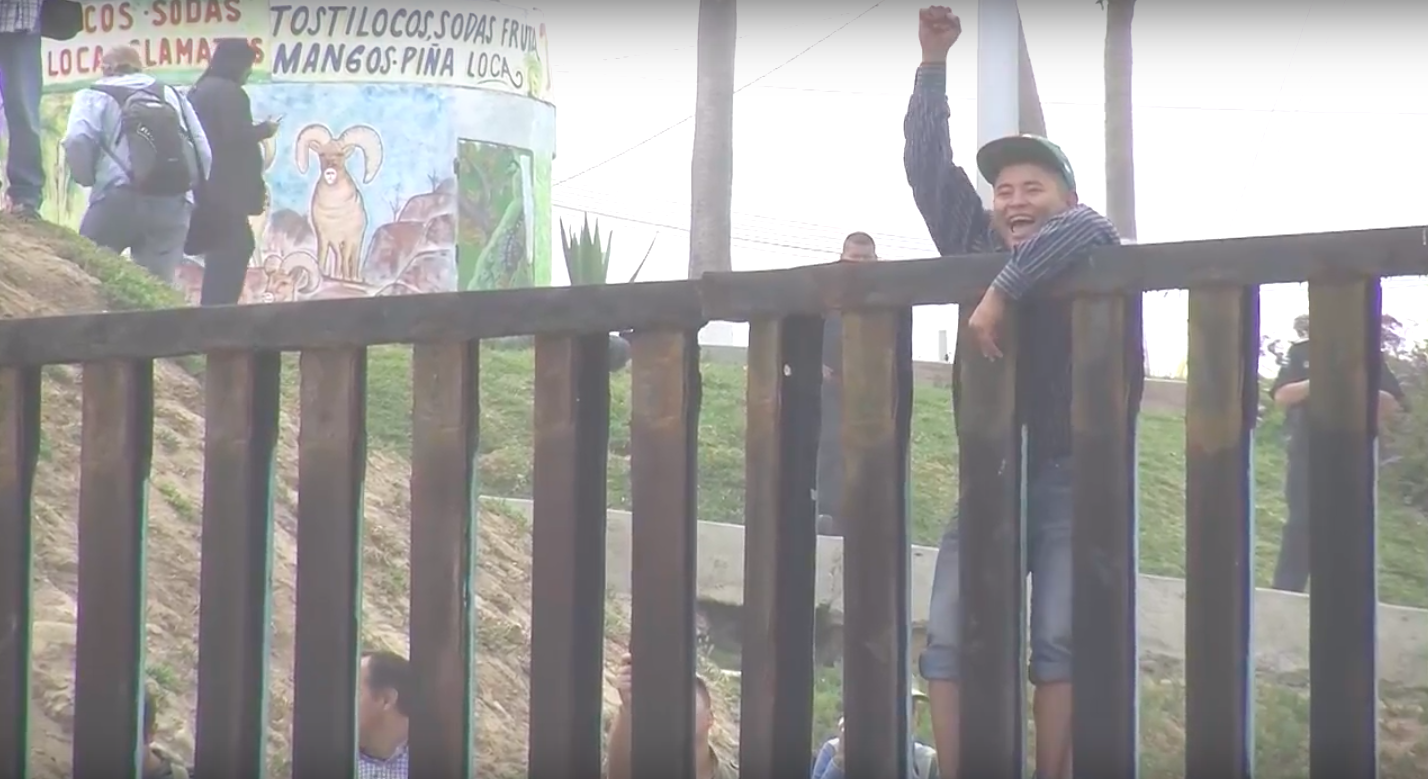 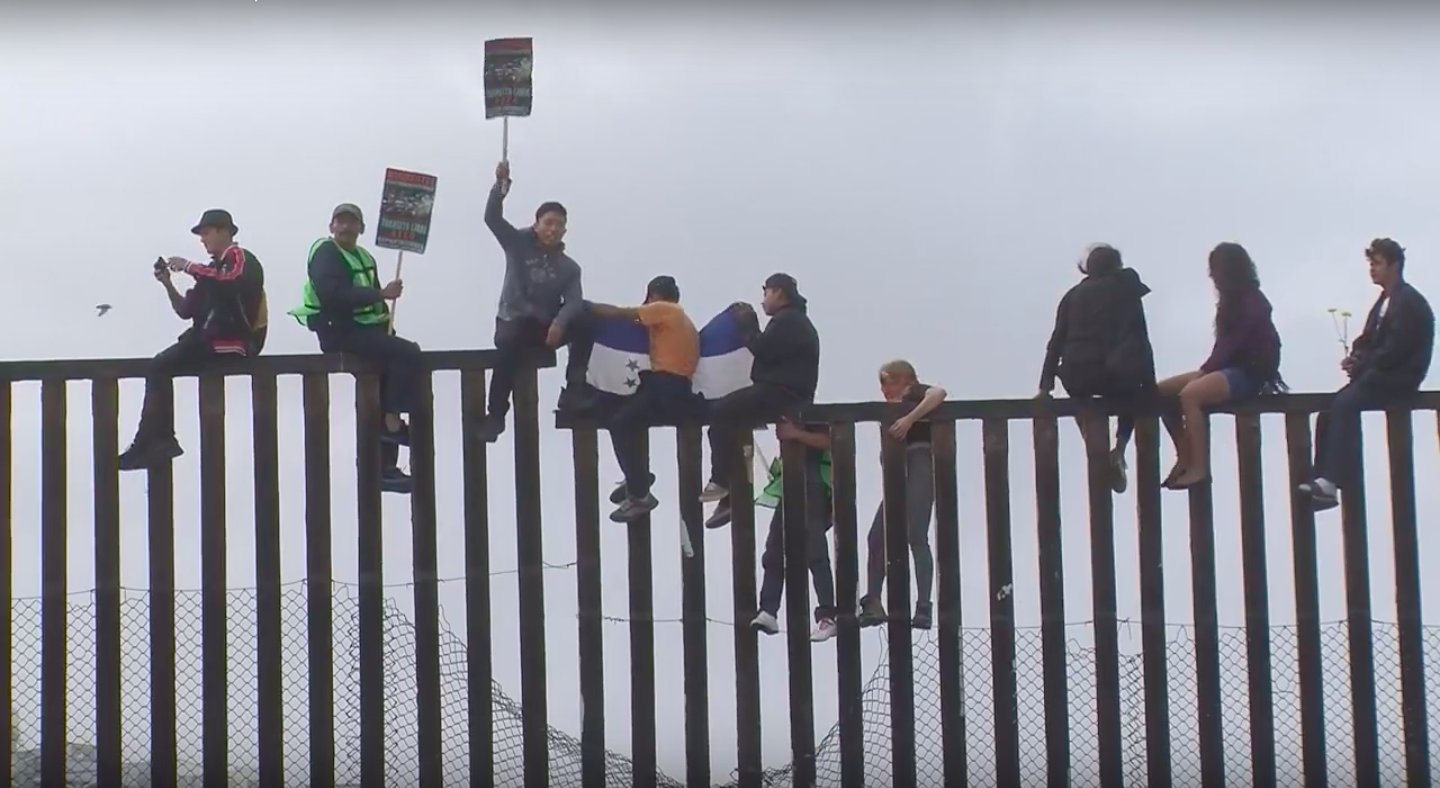