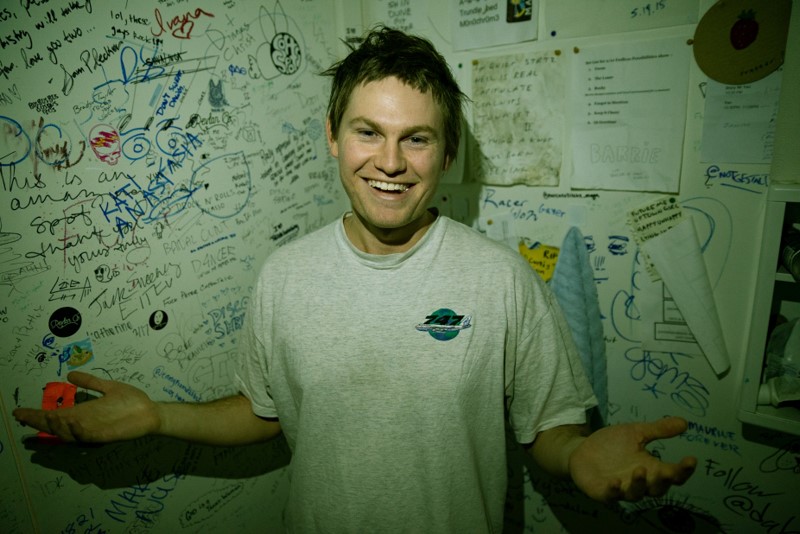 Today we’d like to introduce you to Jack HS.

Jack, let’s start with your story. We’d love to hear how you got started and how the journey has been so far.
Before I moved to LA in 2016, I had this transformative experience at a DIY called Non-Plus Ultra. At that time they were located in Echo Park. Non-plus was a church of passion — all who stopped by shared a collective close encounter, the divinity of creation, and reported to this strange factory of makeshift curtain walls and rickety catwalks. I was moved to say the least; I had to live near that energy. I only taped there once, but what a lineup it was — Walter TV, Jerry Paper, and the monumental Tonstartssbandht.

I bounced around a lot of different neighborhoods for my first year and worked a combination of film sets, barista gigs, and some concert videography. The video work landed more work, and I was lucky to rise with an incredible group of folks also called to LA. For example, I met the cinematographer for a doc I’m directing right now through those early gigs, where we were often times shooting for minimum wage or beer. I probably shot over 150 different artists that first year.

In 2017, my partner, Sabrina, moved out to LA, and she quickly grew tired of my lofted bed set up. With Nonplus’ framework fresh in mind, we started looking for our own live/work warehouse. She found the location for Weber Rations on craigslist, and the rest has been a relentlessly rewarding experience.

Our first show was a real wreck on our end. The lineup was Vista Kicks, Rainsford, Derek Ted, and Murderoid — folks I met through taping. We had about 30 people show up, and the air was suffocatingly hot. Rainsford had a dancer accompanying her set that passed out from heat exhaustion. The Kicks performed in their underwear. Sabrina passed out ice cubes.

Right around the same time, I met Geoff Bywater of MOM presents. At the time Geoff had been regularly throwing shows in his backyard and was looking for an alternative after a couple of run-ins with the law. He needed a venue and I needed a booker. Having someone take the reins on the artist relations side allowed me to develop our current 3-camera style.

We’re always bombarded by how great it is to pursue your passion, etc – but we’ve spoken with enough people to know that it’s not always easy. Overall, would you say things have been easy for you?
The venue is also my apartment. This has proven difficult — Everytime we have a show I’m pretty much flipping my life. And since we’ve been selling out shows, it’s nerve-wracking having 100+ strangers in your home. But the magic is there, there’s a mutual understanding of respect, even at the hardcore shows.

That, and the footage. I’m sitting on 70+ artists, and it’s overwhelming to push those out. As of now, we’re seeking a sponsor to help us release the archive, but until then, it’s going to be a slow drip.

With the tremendous help of the DIY community, things have been running swimmingly. We have our trials, but the show always goes on. I wouldn’t say it was easy though, but doing it with your best friends makes it worthwhile.

We’d love to hear more about your work and what you are currently focused on. What else should we know?
We produce a 3-camera series of most of our shows along with a multi-tracked mix.

For some of the artists we’re lucky enough to cross paths with, there may be no other record of what they were like or who they are beside our tapes. And thats an important public service we provide.

Dick Latvala, the archivist of the Grateful Dead (aka Dick’s Picks), is a personal hero of mine for this reason — he was doing a service for those not even born yet (like me!). At the time it might not seem paramount, but man, that was so important. He was called to it. Thats what it feels like.

What sets us apart is our taste. There is no agenda beyond the discovery of the new, and MOM presents brings in some incredible acts. Weber was born out of a desire to capture these moments of purity in music and artistic presence.

I believe some future date there may be no other record of their live performance aside from our tapes.

My dream is to not tax the listener, I want the entire experience to eventually be free, perhaps by pairing with a major streaming service that can isolate an artist’s top listener analytics and invite their biggest fans.

What were you like growing up?
I’ve always been pretty manic-depressive, and a lot of my childhood was spent in the latter frame-of-mind, especially during the summers.

I have a distinct memory of working through my dad’s CD chest one summer, out of the complete boredom that comes with being an only child. What really stuck was a lot of the 80s/90s Athens, GA rock scene. I really latched onto the Indigo Girls.

The grit of Amy Ray’s voice, the lyrism, the complexity of Emily Sailer’s guitar work — it all served as quite the introduction to the purity of the new sincerity movement. At 14, those themes moved me and helped set my course.

14 is also right around the time the manic side of my personality started showing up. I trained for and completed a marathon that same year. Sometimes I find myself looking up to that teenage psycho.

That relentlessness has defined my life for better or for worse. 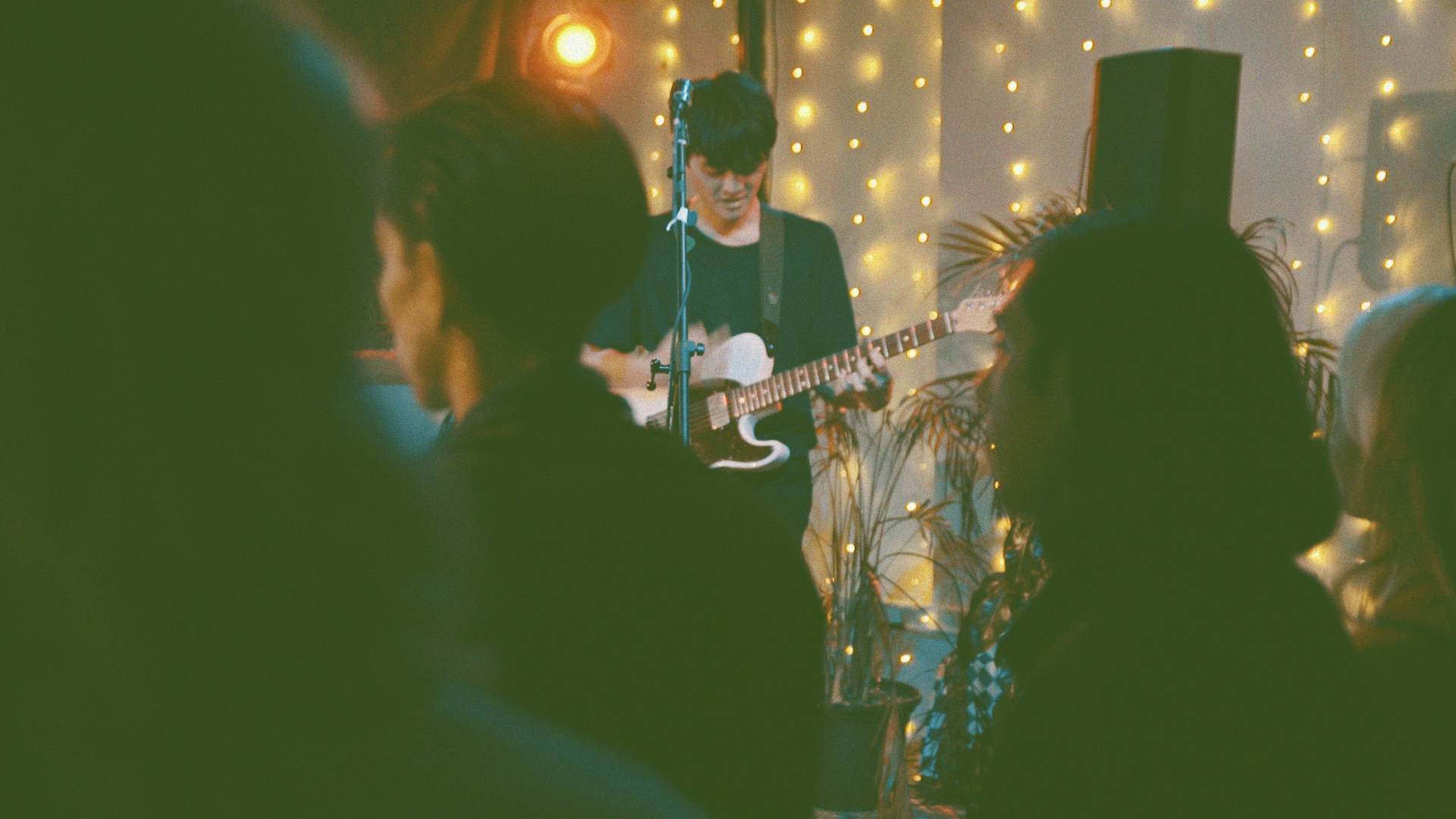 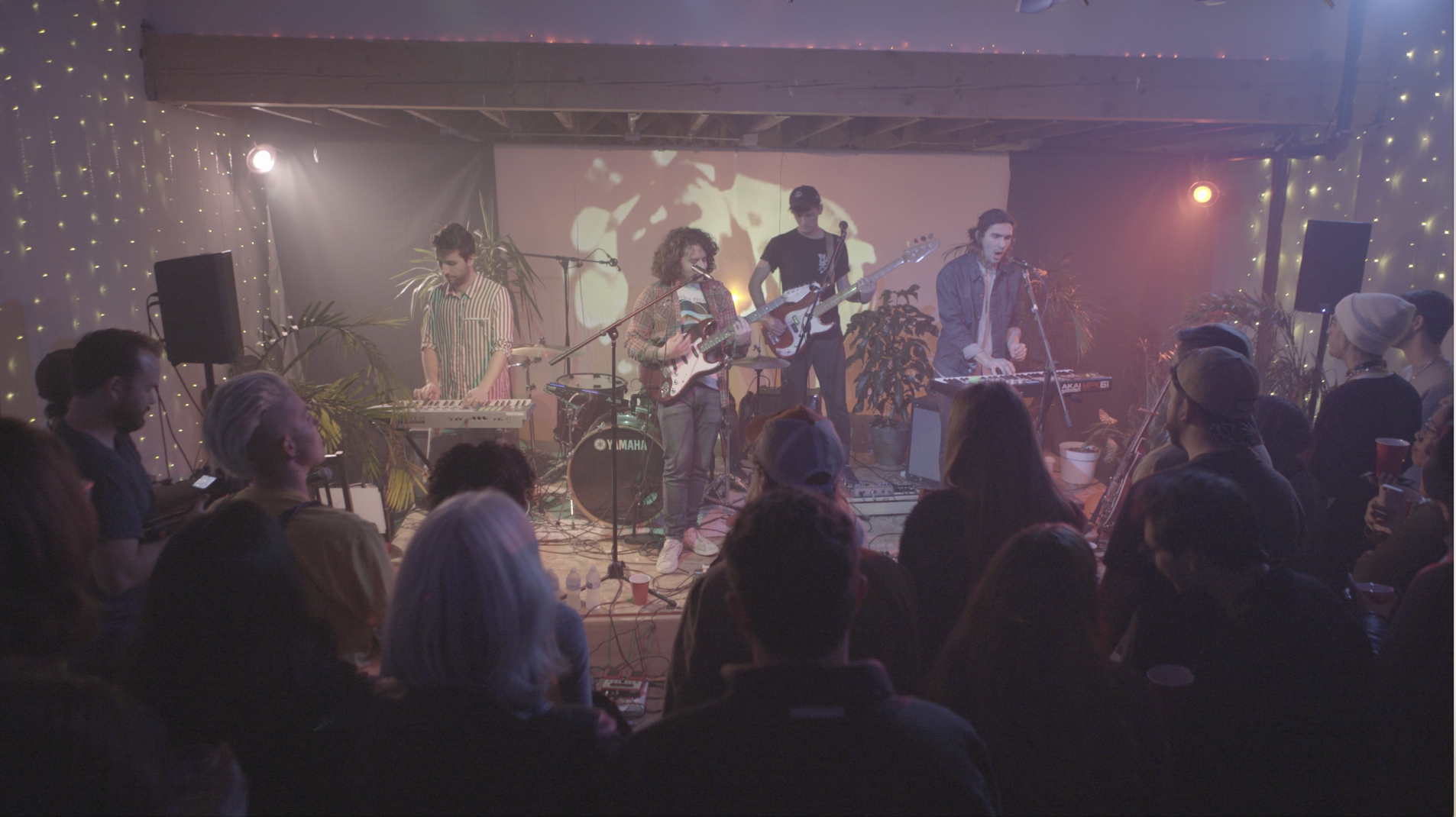 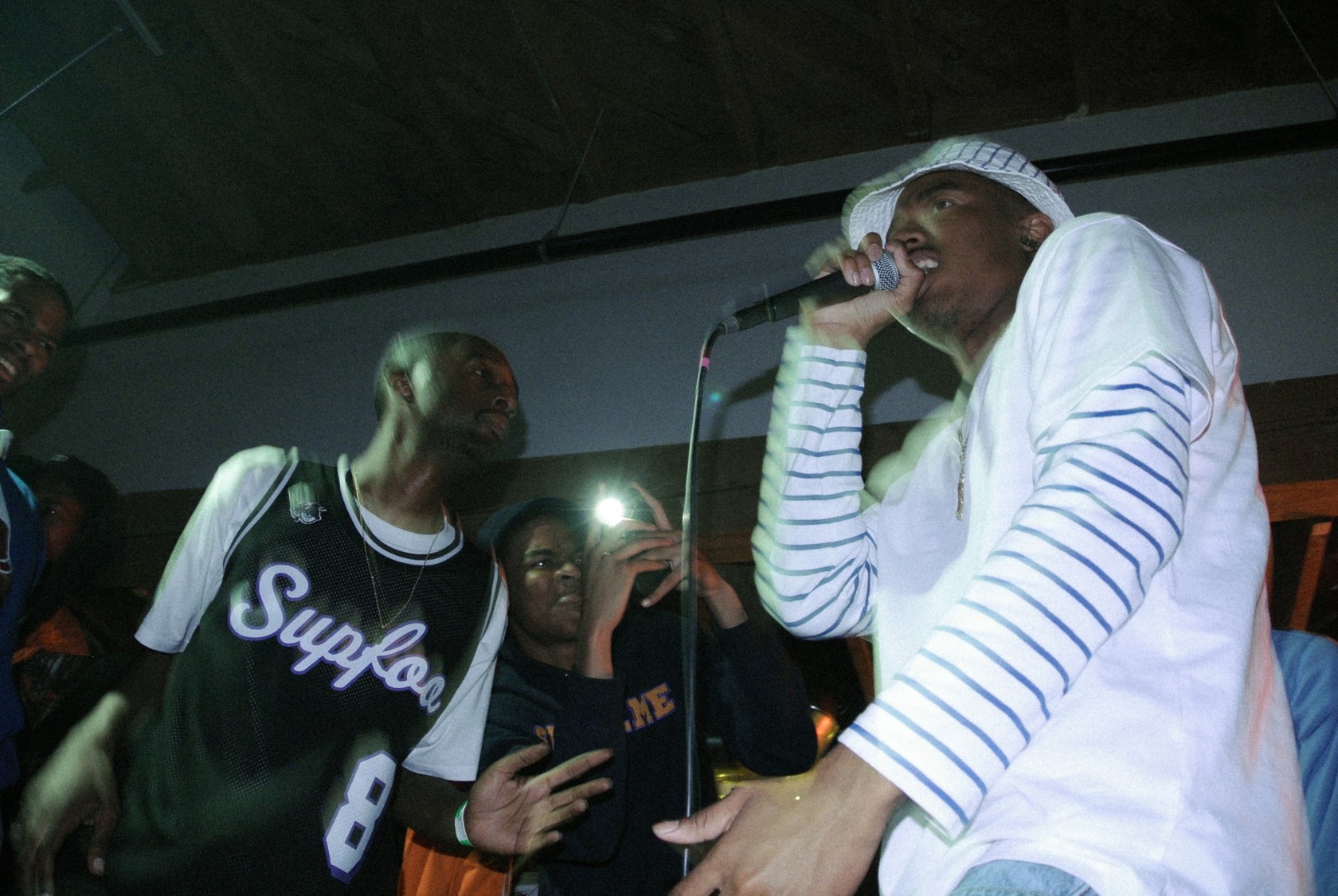 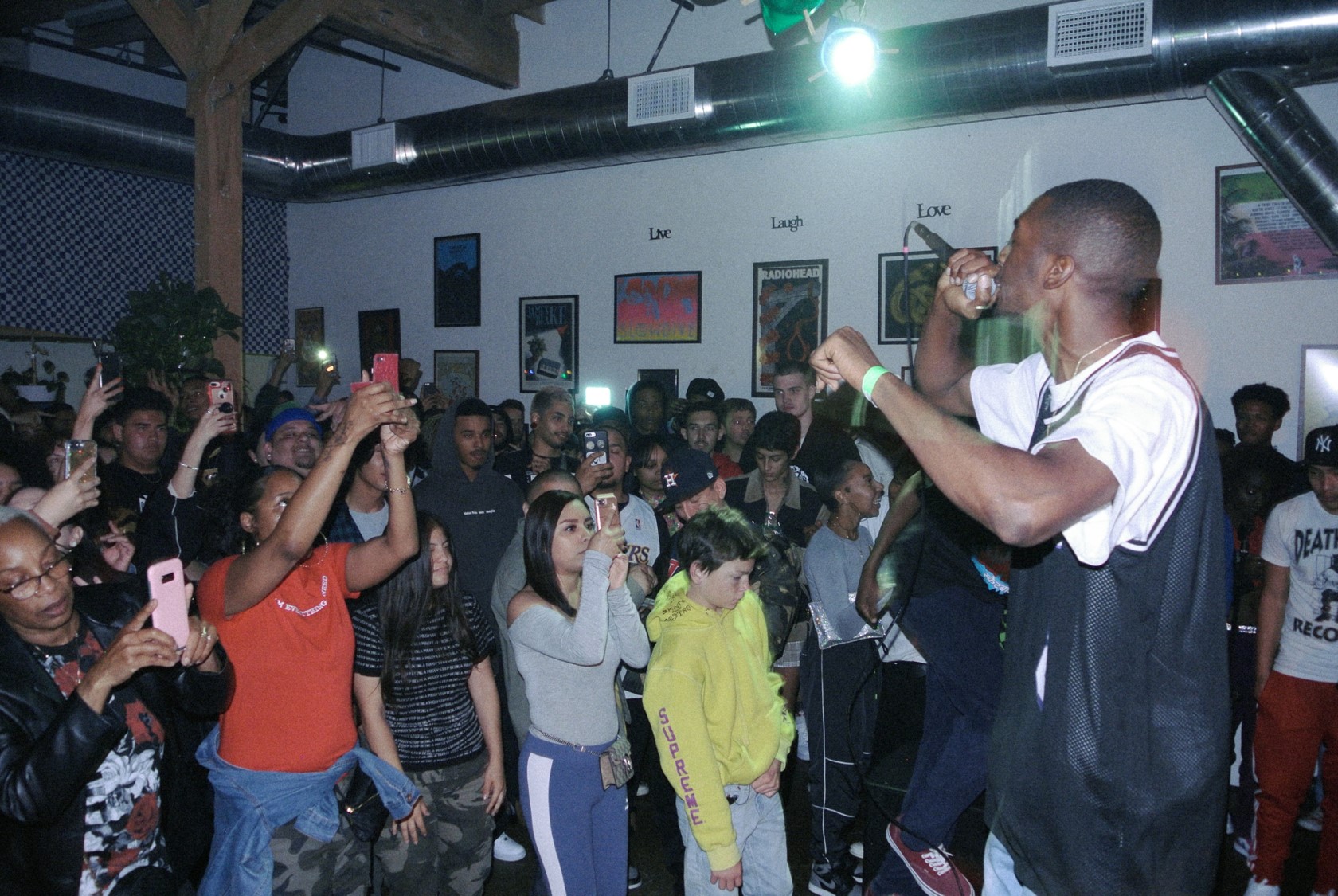