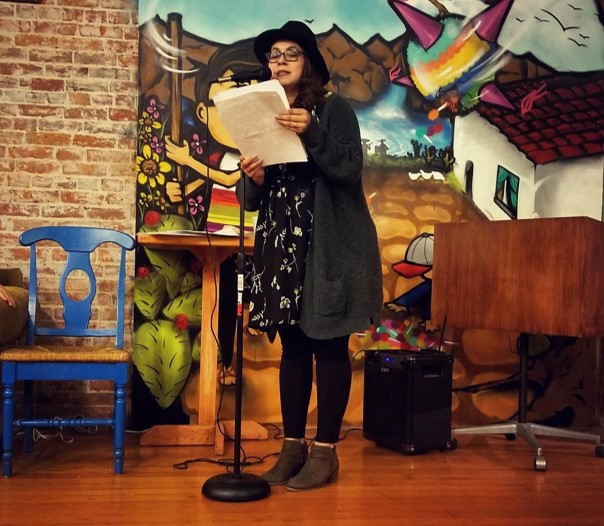 Today we’d like to introduce you to Irene Sanchez, Ph.D…

Irene, let’s start with your story. We’d love to hear how you got started and how the journey has been so far.
I had always wanted to be a writer. I tried to major in English in community college, but then I had to take British Literature and dropped it. I was also majoring in journalism for a while. Writing for a while took a backseat to the other things I needed to do in school.

Life had felt like an uphill climb for a while and sometimes it still is. I grew up in South East LA and spent a lot of time in East LA growing up even though my parents moved us to the Inland Empire. I barely graduated high school and went on to community college and was placed on academic probation and dismissal in my first year.

I wasn’t prepared at all for college. I also was young and married back then and working two jobs. I didn’t have the support I needed. I eventually returned to school and transferred, but along the way, I gave up writing for a bit and journalism specifically after a set back after I came in second for an editor job when I was about 21 years old.

I look back now and realize that wasn’t too bad considering I didn’t have a degree and I was offered a job that I didn’t apply for as a news assistant, but it always stung to know I was qualified and maybe didn’t get it because I was doing sports writing back then. I changed my major. I look back now and have no regrets because I love being an educator too.

Through being involved in my community and meeting some good people in community college who are still good friends, I found my love for Ethnic Studies/Education and ended up majoring in Sociology and Latin American/Latino Studies at UC Santa Cruz.

I then pursued graduate work in Education and continued to teach Ethnic Studies in Seattle, WA at the University of Washington. I felt like I was missing something even while finishing my Ph.D. as a single mom. I wanted to write again-mainly essays and poetry and for a moment felt I had to give it up because I needed to work to support myself and my son. I returned to Southern CA to be closer to my family.

I found a good job eventually and then lost it. It was about then I felt like I hit rock bottom and things couldn’t get any worse. I felt I had nothing left to lose, a single mom with a Ph.D. struggling just to find the strength to keep going and so I knew I needed to write because the one thing I didn’t want to lose was myself and I feel as women our voices are already silenced. I didn’t want to silence myself. I decided not to wait anymore.

I re-launched a blog I had started in graduate school called Xicana Ph.D. in 2017. I wanted to shed light on challenges women/Xicanas/Latinas face in academia and the struggles that come after it that no one speaks about such as the struggle finding work or never really “fitting in.” Since re-launching my blog, many posts have been re-published on sites such as Inside Higher Education, NASPA, and the American Federation of Teachers.

I also have freelanced, and my work has now been featured by Latino Rebels and Huffington Post. I continue to mainly write on my blog and speak truth to power around issues such as Education, Ethnic Studies, & Inequality. I often said and wrote a post about how we don’t need anyone’s permission to write, but our own.

In a world of peer review in academia, which is also not always fair, I had met some roadblocks going that route. I now know I can keep writing and don’t need to wait. I strive to be unapologetic and deliberate. Aside from writing, I have now spoken/shared poetry/facilitated workshops at over 50 colleges/universities and conferences. I know what it feels like to lose a lot and I know I never want to lose my voice again.

It’s like Gloria Anzaldua says “A woman who writes has power, and a woman with power is feared.” I know as a woman it is dangerous to speak, but I feel like as a woman, I have to because if I know if I don’t define myself, someone else will always be waiting to define me or attempting to.

Great, so let’s dig a little deeper into the story – has it been an easy path overall and if not, what were the challenges you’ve had to overcome?
It was hard at first starting the blog again thinking some will not like what I write or say, and I did it, and sure enough, some didn’t like it. Graduate school had changed me whether I wanted it to or not. Losing that job changed me. Life challenges have changed me.

Being a single mom changed me. I remember how lonely and isolating those experiences were and learned the people who are about you will be your friends still and those who have drifted I had learned to let go because new people will come in.

I decided I needed to be true to myself and have learned that not everyone is going to like my work, but we all have to stay true to ourselves and our values. At the end of every day, I want no regrets. I also will not live my life apologizing for speaking, writing or existing.

Please tell us about Xicana Ph.D.
Xicana Ph.D. is just one part of what I do and what I am known for. I used to be surprised when people would come up to me and say oh you’re Xicana Ph.D.! I am also an educator, poet, and of course a mama.

I am proud that I didn’t give up even when life got hard. I am thankful I can also inspire people with what I do. I always say it isn’t so important that I got degrees, but what matters more is what I do with them and how I serve my community on a daily basis in whatever I am doing.

I continue to write, speak, facilitate workshops, and I write/share poetry. I also co-host and organize a monthly family-friendly open mic in Pomona at Cafe con Libros called Poetry y Pan. The name of the open mic comes from a quote by Roque Dalton “Poetry, like bread is for everyone.”

I do believe poetry, art, and writing and all these forms of expression should be accessible and shouldn’t be only available to those with money. This year I am also co-directing and co-producing a poetry series at the world-renowned Beyond Baroque in Venice, CA called “Narratives of the Southwest.”

I currently am teaching a series of classes called Community Chicano Studies at the Riverside Art Museum in Riverside, CA as they prepare to open The Cheech Marin Center for Chicano Art, Culture and Industry. I keep my day job too as a Chicanx/Latinx Studies High School teacher, and of course, I am a mother to a now six-year-old.

I realize my blog and work in general probably has a bigger reach than I knew about, but that is because of the writing and writing consistently on issues that need to be written about. I seek authenticity in all I do and try to build meaningful relationships with people I meet including the students I teach.

I think that is one of my strengths and it comes out in all I do. I like to stay true and real. That’s why I think people have continued to seek me out for keynotes, workshops, and poetry. It is an honor to be able to connect with people and not only inspire but be inspired by those I cross paths with.

Do you look back particularly fondly on any memories from childhood?
My favorite memory from childhood is learning about Chicano/Mexican history from my parents. They would often talk about growing up in East LA, and I always call them my first teachers. I think if it wasn’t for them passing down these stories, I wouldn’t be who I am.

Storytelling is true resistance, and I am thankful they taught me to know who I am, where I come from and that the most important things we need is respect and dignity and to keep fighting for a more just world. 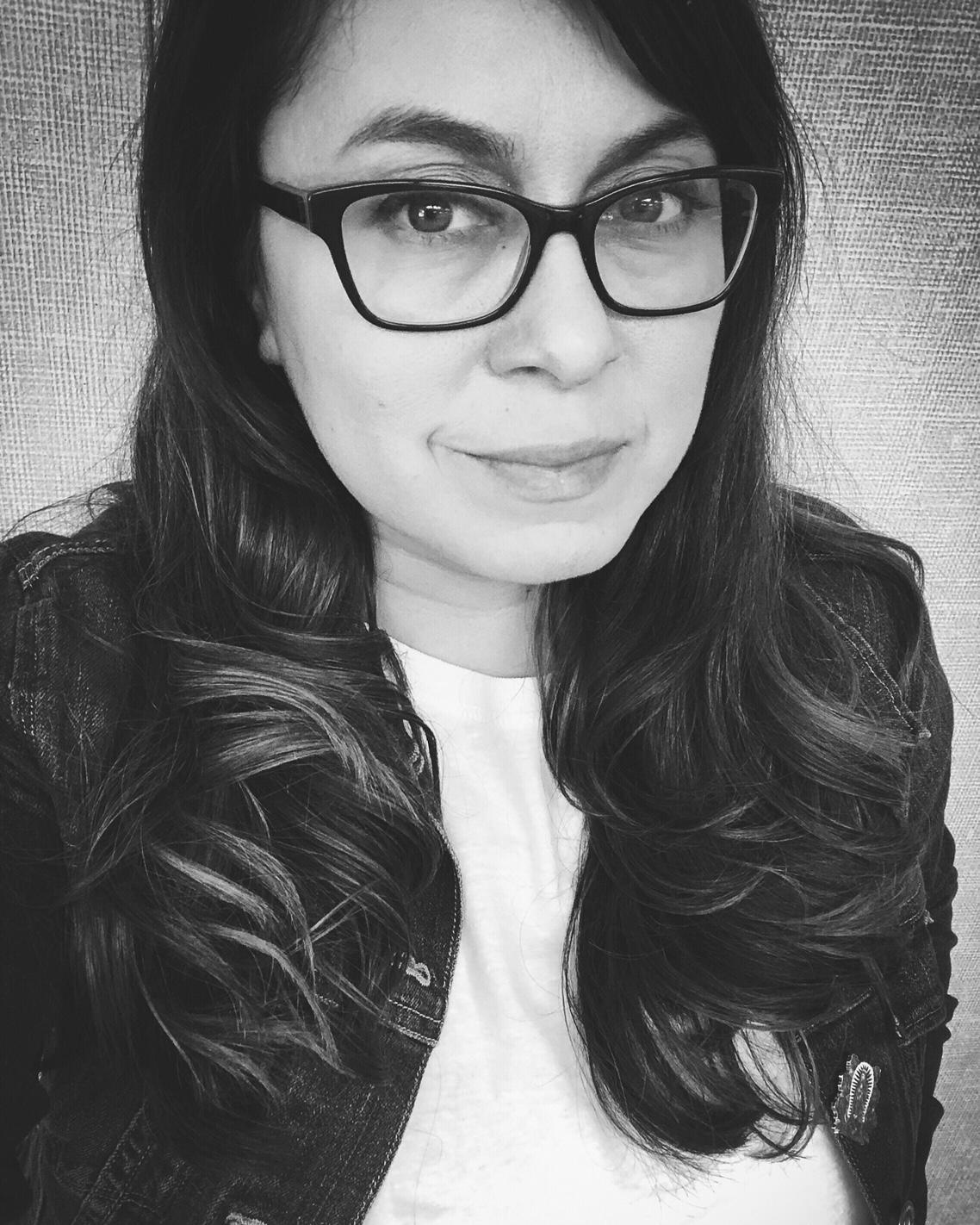 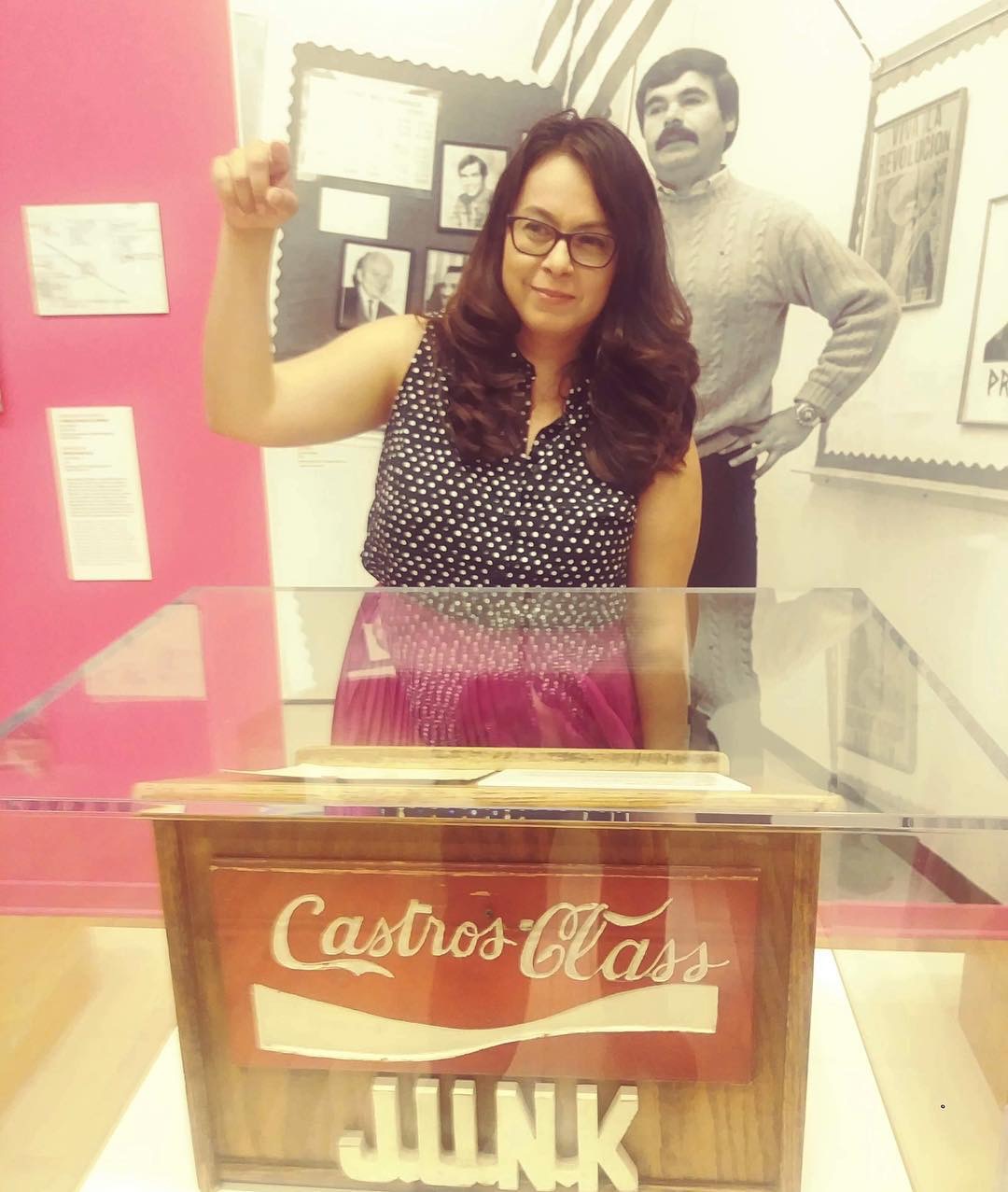 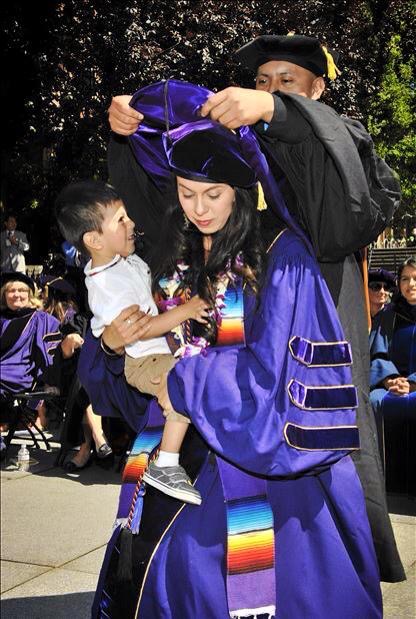 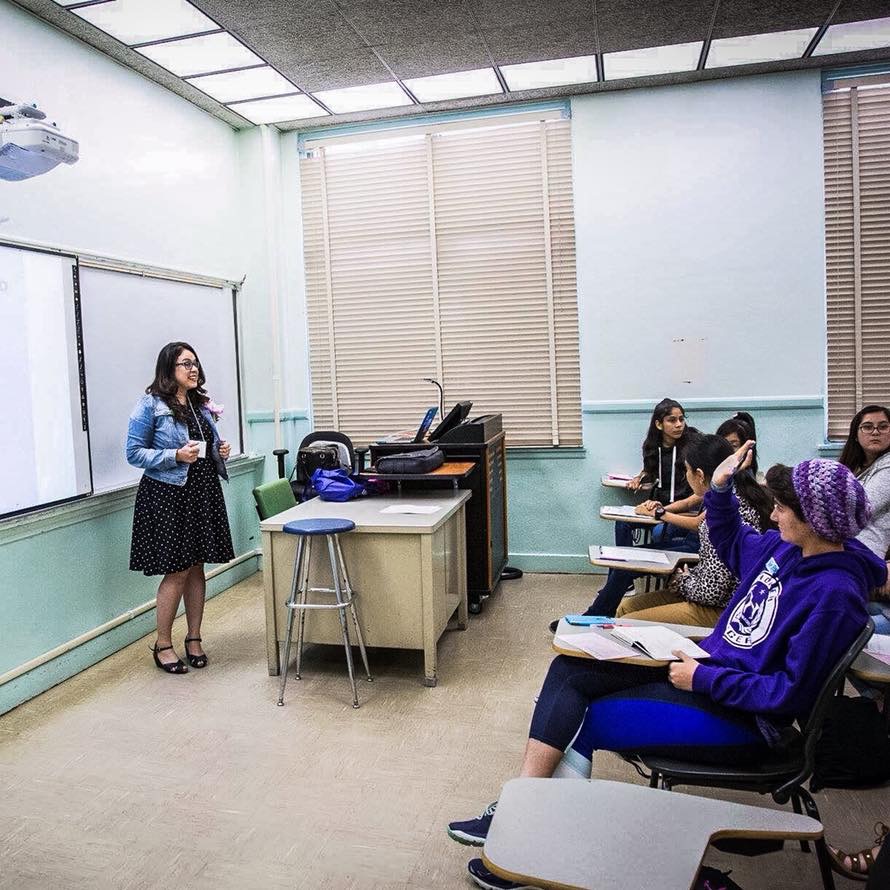 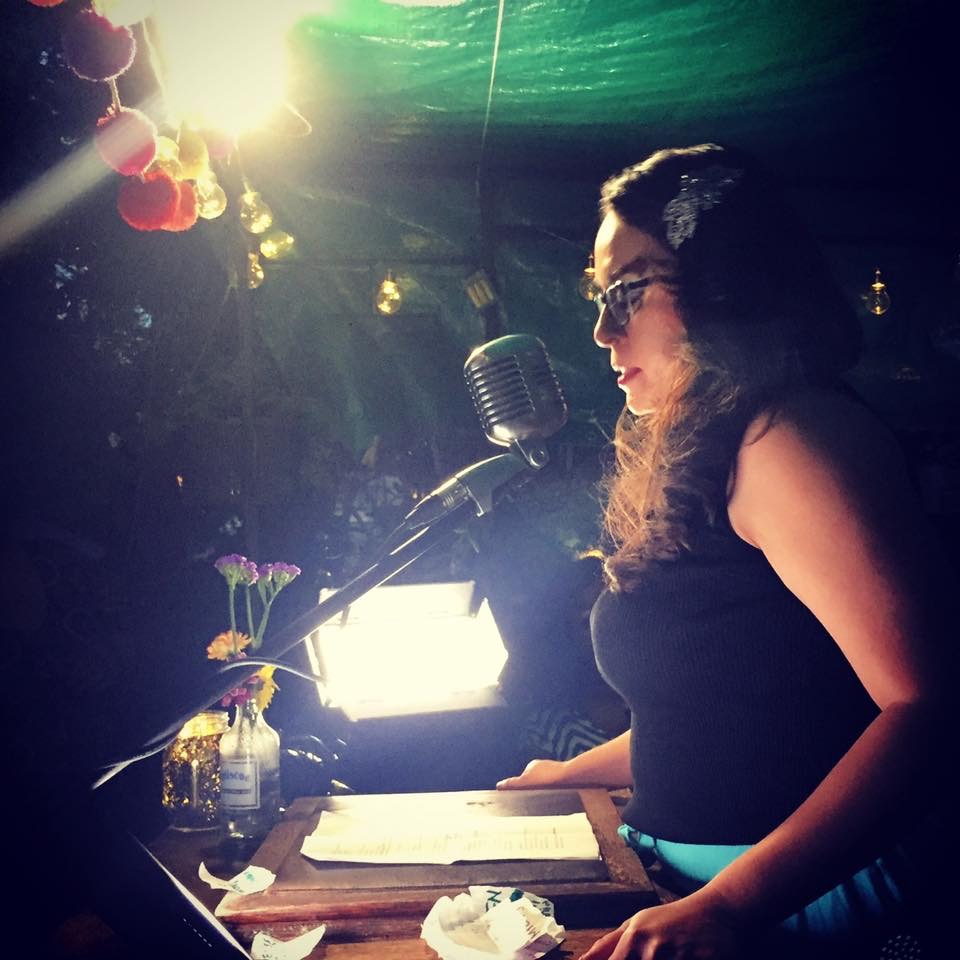