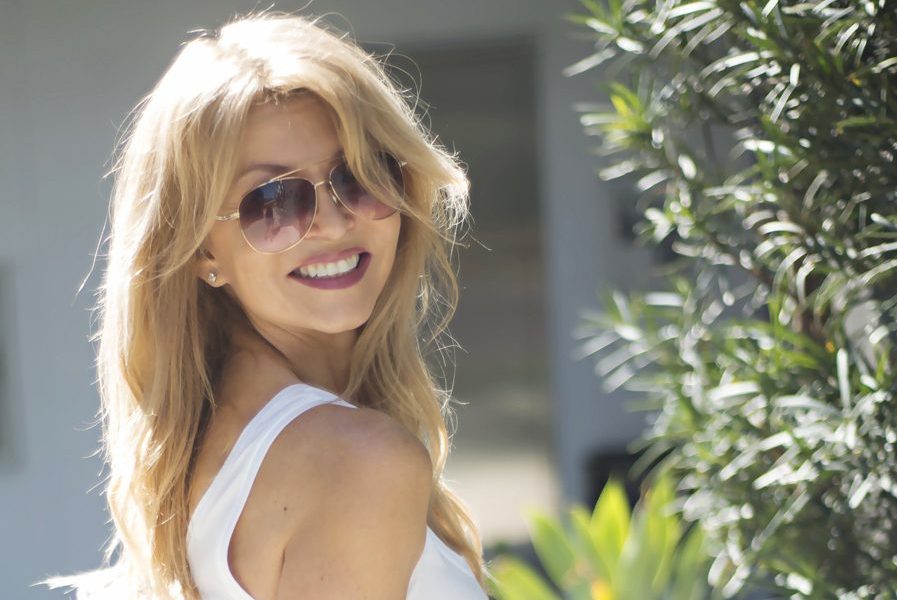 Today we’d like to introduce you to Hunter Phoenix.

Hunter, let’s start with your story. We’d love to hear how you got started and how the journey has been so far.
“What a long strange trip it’s been.” I know that quote, but had to look up the origin of it recently… lol! Apparently from a Grateful Dead song. I suppose for all of us life is a long strange trip, but I feel I’ve had an especially winding path. I started out as just a regular kid in a small city in Canada, but have lived and worked in 8 different countries and twice as many cities before making LA home. Like most people who grow up to work in the arts, it was something I wanted to do as a very small child. Although I went through the regular dance and theatre classes, struggled through moderately painful music lessons, (my brother is a gifted musician but it’s not my genre!), working as an artist was inconceivable in that environment – there simply isn’t the market for it in Canada.

Geographically, the country is a giant, but with an incredibly sparse population. So in terms of business and culture there are limited opportunities. There’s a bit more going on now than when I was really young, but it’s still a micro-market. And it’s ridiculously cold! Everywhere, almost all of the time! I knew when I was four years old that I wanted to live in the U.S., and in particular someplace with palm trees. Don’t ask me how I knew about palm trees, growing up in a northern clime, but I was adamant that life would be better with them! I started out merging dance and theatre doing chorus line work in musical productions when I was young, and then leads in local plays, but got into commercial print work as a young adult … and on-camera was a whole other world!

Toronto wasn’t a bad place to start for this, because that market is similar to British in terms of training and expectations for artists. Actors are expected to study Shakespeare, the classics, Chekov, Meisner and The Method, as well as breath and movement; that was just the norm. You wouldn’t think NOT to do it. I have found that to not always be the case in other markets. There were also much more stringent criteria for actors to join the union. At the time I joined I needed six speaking roles on-camera to become a member. Today, people can simply be an extra and become a union member.

The thing I really struggled with in Canada was again, small market and very limited opportunities, but also being of European descent. I must have been told a hundred times that “I didn’t look Canadian enough” to be cast in Canadian shows, but I also wasn’t “ethnic”. Canada has been really progressive about “diversity” in casting. Even with the union at the time I joined, Caucasian actors needed six speaking credits to join, everyone else 3, so my background and appearance were not in my favor. Yes, I wanted to live abroad. Yes, I wanted to explore Europe, but it was really that my stories weren’t being told in Canada so it meant leaving to have a voice.

Overall, has it been relatively smooth? If not, what were some of the struggles along the way?
Lol! I don’t think you’re ever going to find an artist who says it’s been easy. Artists are paid to express, to be emotional and to stir emotions in others. So we all tend to have our emotions fairly close to the surface. And we’re all kind of ‘walking wounded’… goes with being that emotionally open and raw. It is also a very challenging career path with no straight line or trajectory, so of course there are going to be challenges. For me, a big one was getting an 0-1 Visa to work in the U.S. I knew from the very first time I put my toes in the sand at Santa Monica beach that LA was where I wanted to be; it is the only place that has ever truly felt like home. But immigration standards for Canadians are more stringent than for most countries and it took me ten years, and basically my life savings to navigate the legalities of the immigration process.

The other huge challenge was coming here cold – no friends, no family, no connections. Even after working in the industry in Canada and across Europe for 20 years, I got here and none of that seemed to matter. People look at your resume and are only interested in work you have done in LA in the last few years. If you don’t have that and you’re not 18 years old and gorgeous, it’s a pretty steep uphill climb. The business itself is different here as well from anywhere else I’ve lived and worked – the way headshots are done, the agent and manager relationships, casting, even the way actors do promo. It’s super frustrating as an adult to basically be starting over. You show up with two suitcases, no connections and nowhere to live and have to hit the ground running! My story certainly isn’t unique and it can be devastatingly lonely at times too. It really forces you to dig deep inside and power through no matter what – you don’t have any other option, there is just nowhere to fall back. Lol! You can’t just pick-up and go back to where you came from…. especially if you have lived in multiple countries and cities. For one there is the sheer expense of another international move, but there is also no ‘home base’, no job waiting and connections in other locals fade fast when you haven’t been there for a few years.

Absolutely Amazing Productions – what should we know? What do do best? What sets you apart from others?
Primarily, my job title is “Actress”, but that covers so many other things. Yes, I’ve done years of theatre and acting training, had parts in plays, movies, and TV shows, but to me the it has always been important to stay in the very broad entertainment industry, so I’ve never actually had a “real job”. I’ve done an awful lot of commercials and print campaigns, literally hundreds! I worked for years as a body parts model – mostly hands and feet. And I’ve done very well in the Voice Over or Voice Acting field. Aside from Acting, Modeling, Commercials, Print Work and Voiceovers, I have also sold two screenplays and done a fair amount of Script Doctoring and Ghost Writing to supplement my income and “stay in the biz”. I even worked as a Producer’s Assistant when I was in London, Uk.

What I am most known for has definitely changed and evolved over the years and with each different city I’ve worked in – it’s had to for me to adapt to that marketplace. I guess what I am most known for at the moment are my skills as a voice actor. I took a three or four-month course in voiceovers years back, and found that I had a real knack for animation! Commercials I really struggled with. But I persevered and have worked consistently as a voice actor for about 15 years. Yes, it’s acting. Yes, it’s kind of the same industry. But it is a very different technical skill set, and it is a specialty. Different people handle the casting and production process, so it’s a whole other set of industry contacts. In the last couple of years, I have been doing a lot of work in ADR or Advance Dialogue Replacement; essentially English dubbing. It is a very technical and highly specialized field of acting that few people in the industry can master. And Netflix is such a huge international distributor of content, that there is a steady stream of material that needs voices that are not in the native tongue the movies or shows were shot in.

The area that I’m really focusing on at the moment though is comedy! I love it! And I’ve always had a particularly good knack for it. Many times I’ve surprised casting directors, directors, and producers because “they never expected someone who looks like me to be funny”! Lol! That, in and of itself is funny! But recently I’ve really been diving into Sitcom Acting Techniques with the amazing and wonderful Scott Sedita and Tony Rago. It’s not only fun and freeing, but such a great break from heavy dramatic studies. People have been pushing me to do stand-up for a number of years now too, and it has also been a bucket list item, so I finally took the plunge into that. My very first set was at a small club in Hollywood – both nerve-wracking and exciting! And a little bit surreal to actually get to be able to perform on a stage in Hollywood. And honestly, my comedy work is something I’m really proud of. It’s both a gift and a skill. It looks deceptively simple, but so does gymnastics! It takes a massive amount of energy, impeccable timing and an innate sense of rhythm and pace to make comedic materials work. I’m a huge admirer of comedy actors and stand-up comedians. And who doesn’t want to make people laugh?

I think the thing that really sets me apart though is the broad range of knowledge I have in this industry with the number of facets and geographic locations I’ve worked in. Everyday I meet actors who have only ever worked in one or two major markets and only as actors – there is so much more to this business than that. I think exploring it is like getting to know a friend or a lover; it’s the depth of that knowledge, the nuances and the time you spend, good and bad that makes us fall in love and cements relationships over decades not just years. Overall, I feel that it’s given me a very well rounded view of the business and a breadth of experiences that most people don’t get in one lifetime.

What is “success” or “successful” for you?
Success is so highly personal for each of us, and I’ve come to realize that if you categorize it based on external markers, you’re in for a lot of disappointment. There is just so much outside of our control. So for me, success means controlling what I can, always reaching for the next level and doing my personal best. It means staying informed, always learning new skills and keeping old skills sharp. It means hitting the gym and yoga classes regularly and keeping my body in top shape – pushing myself for that little extra. Success is giving 100% in any situation, and if I’m not up to giving 100% it’s time to leave and do something else. And success is getting back up, fast, after you have inevitably been knocked on your ass. There is an old saying, “You are either growing or dying.” Don’t think that’s true? Look at a tree. Ultimately, success to me means to always be growing and to be kind and generous every step of the way. “Success” as a goal in and of itself is hollow if we haven’t helped others along the way and have a community to share in it. 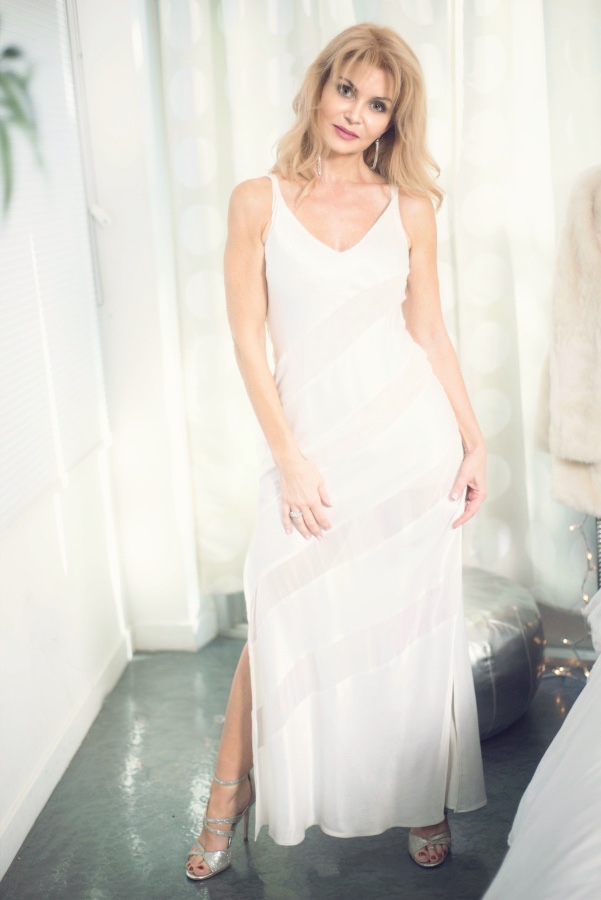 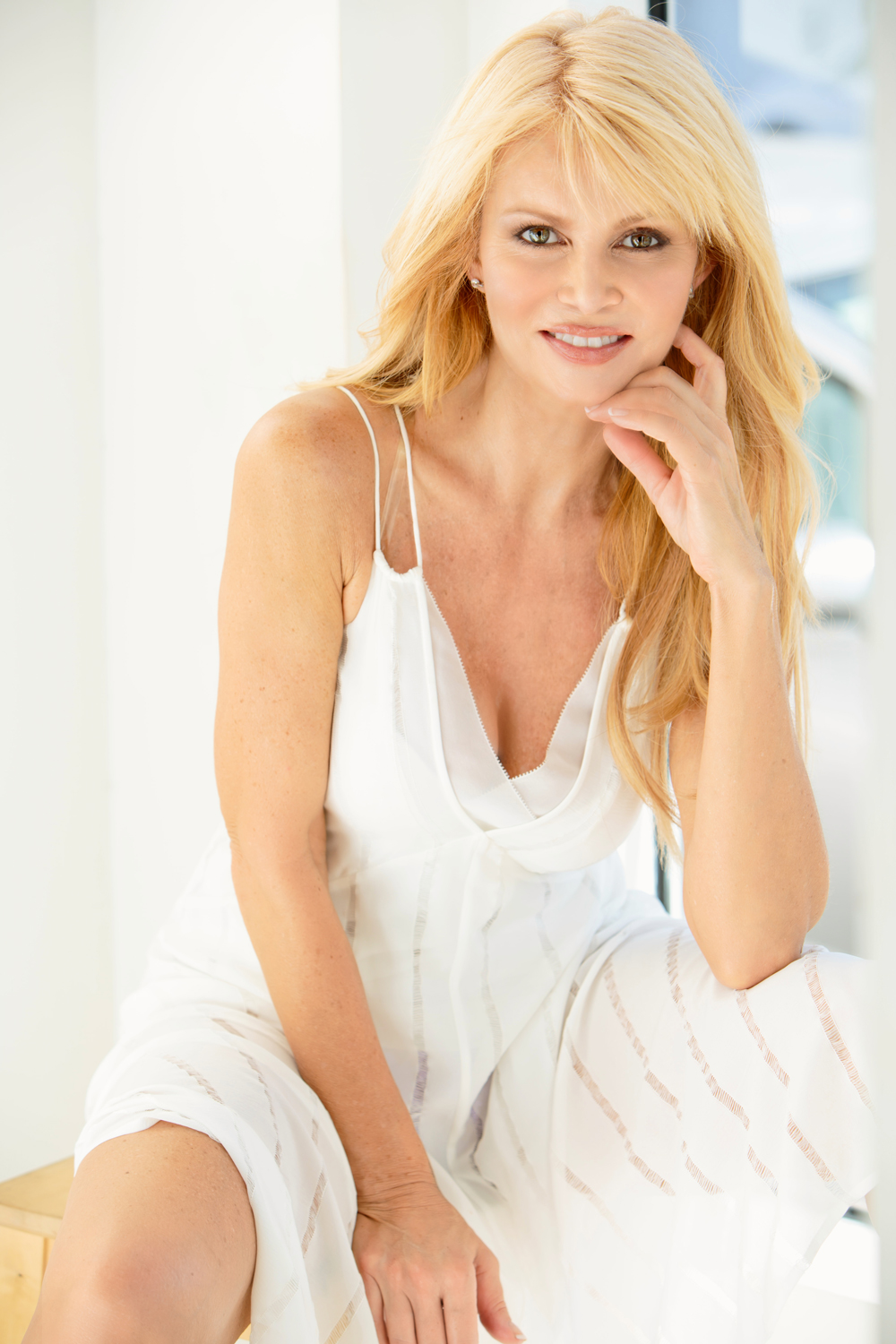 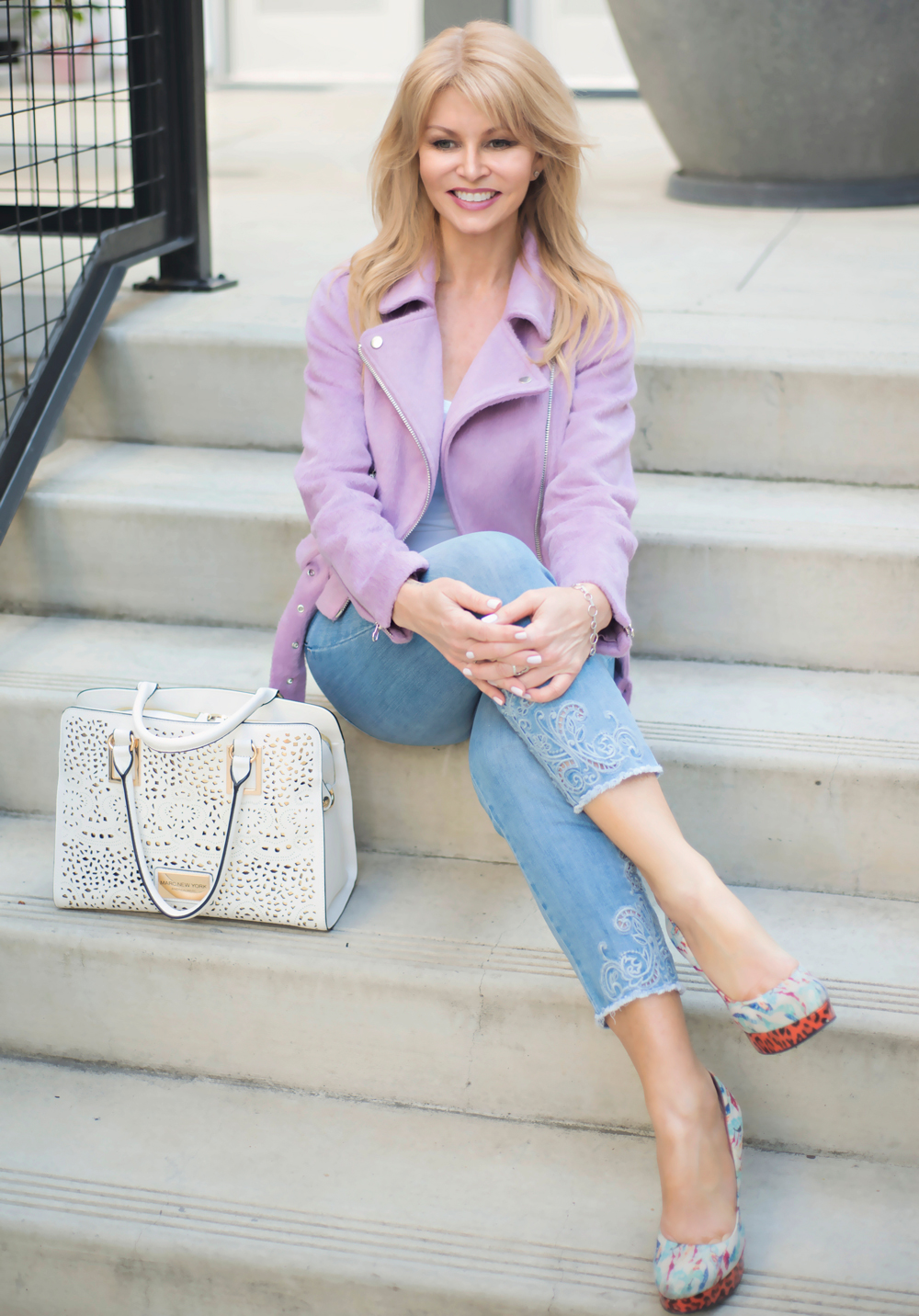 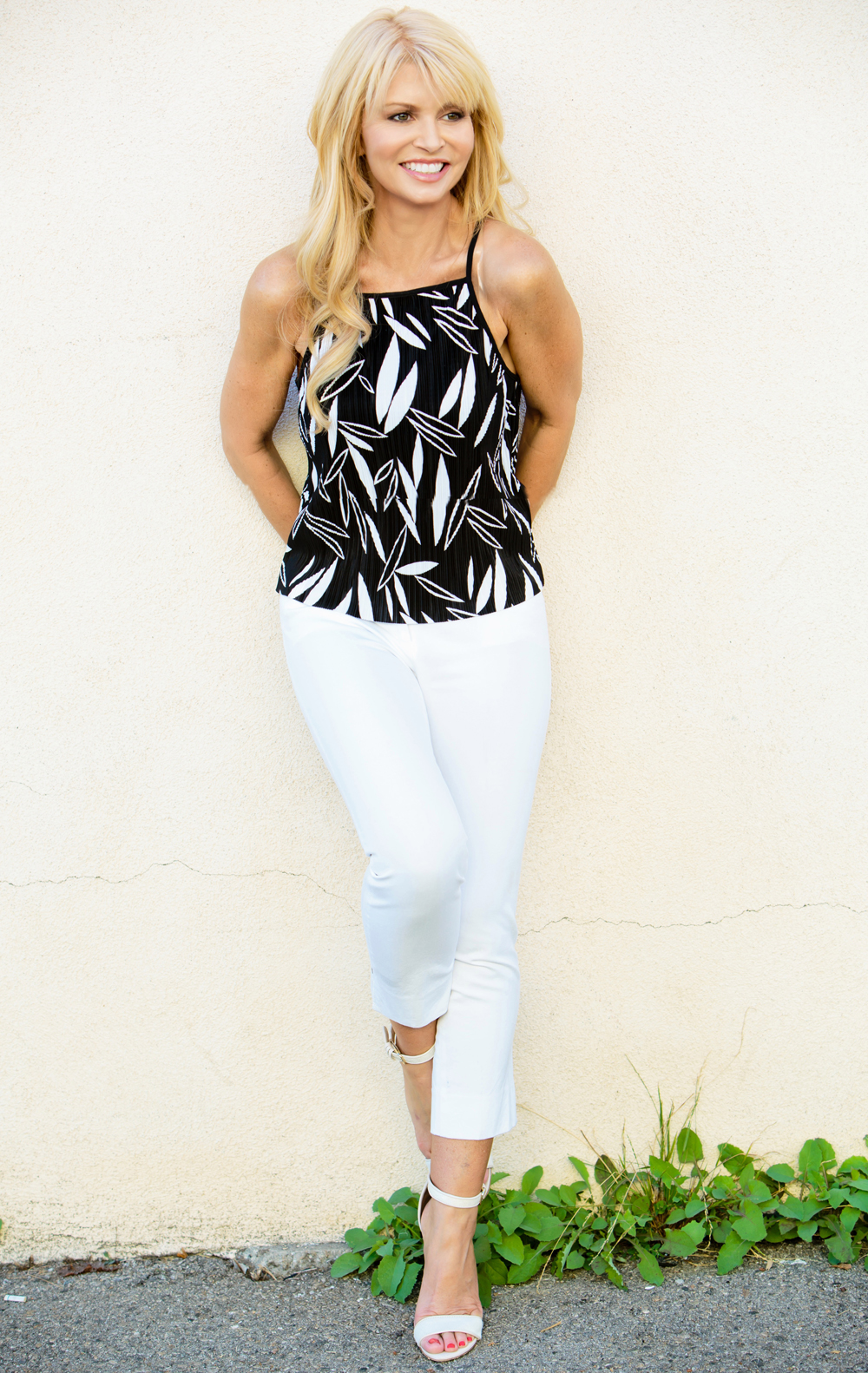 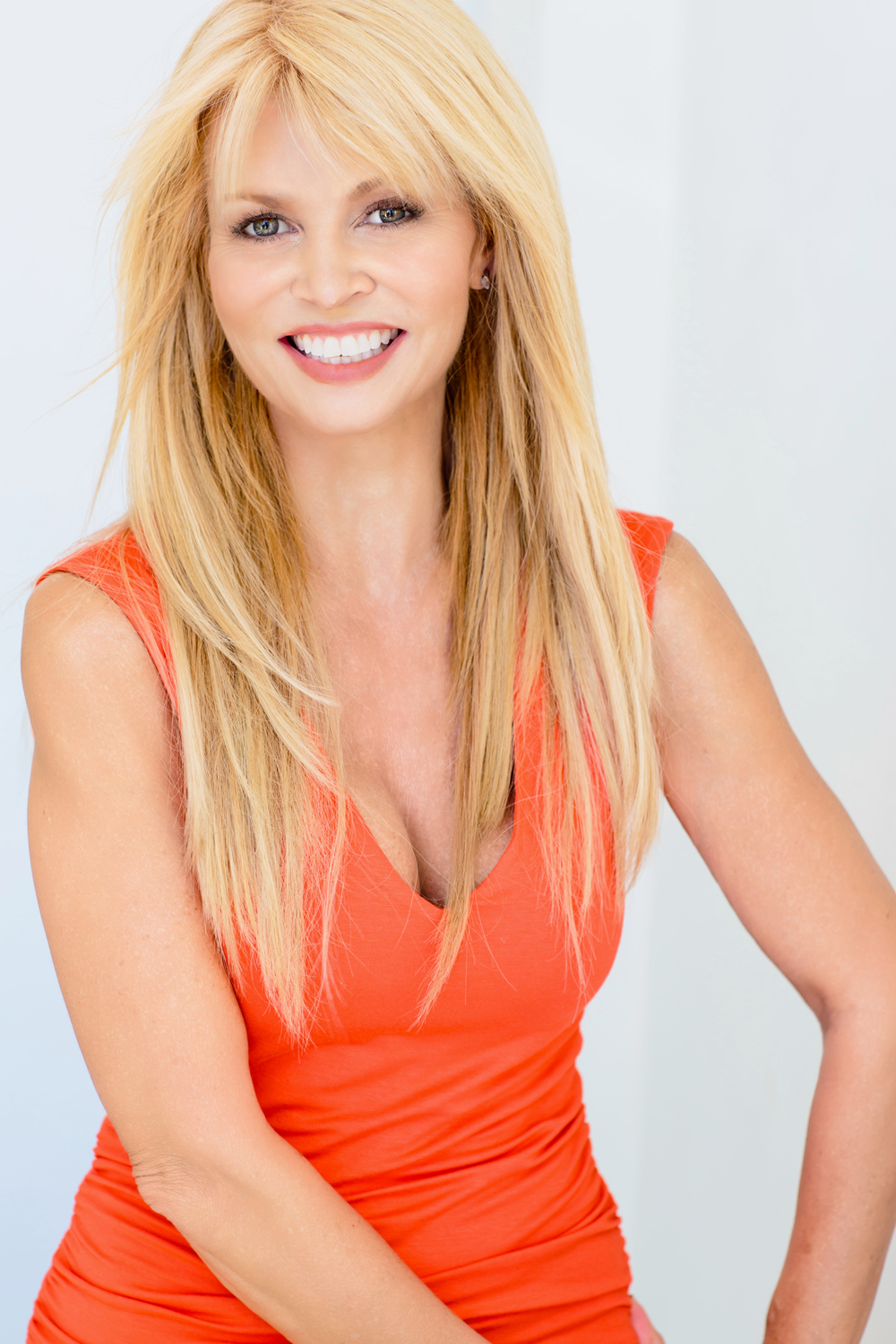 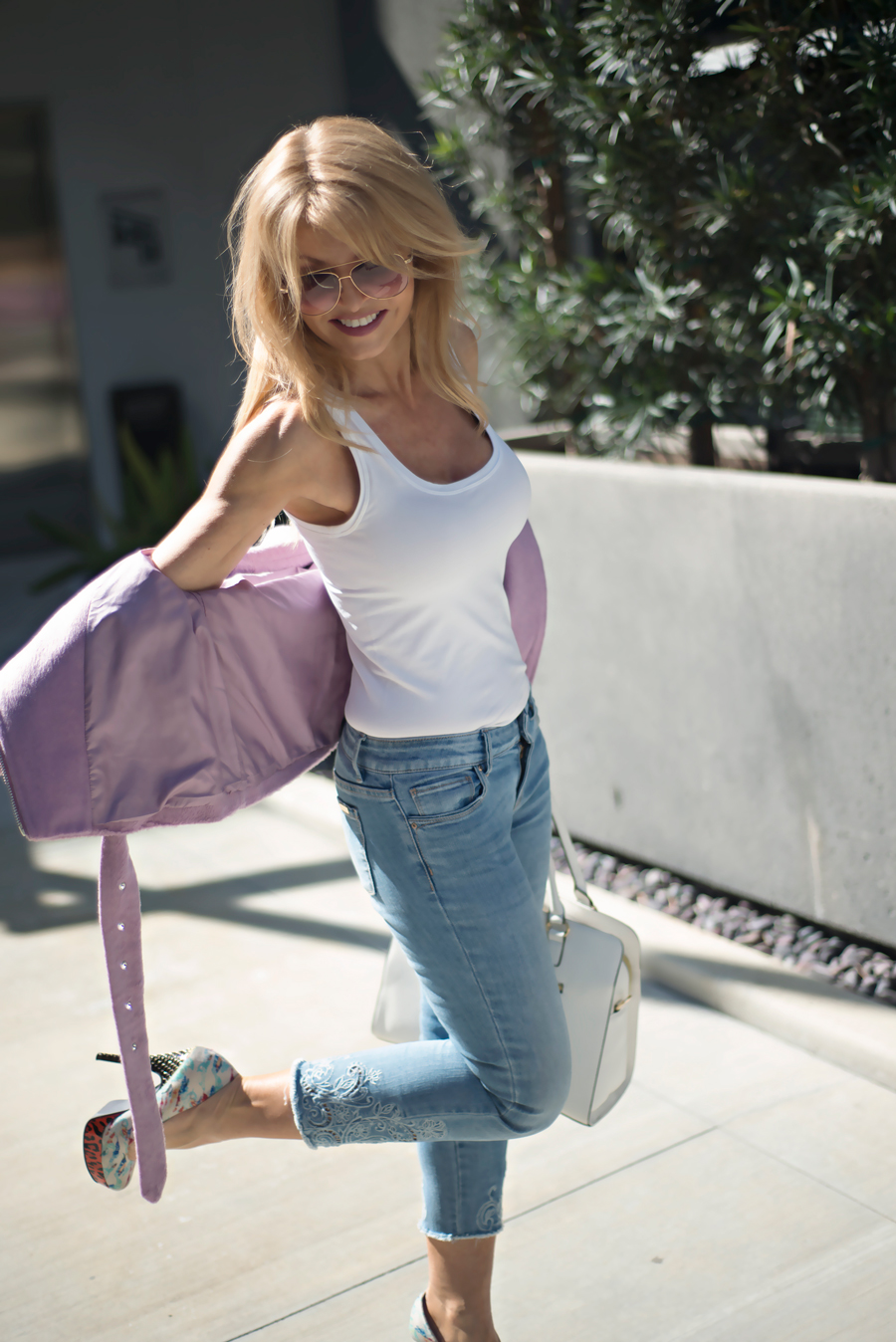