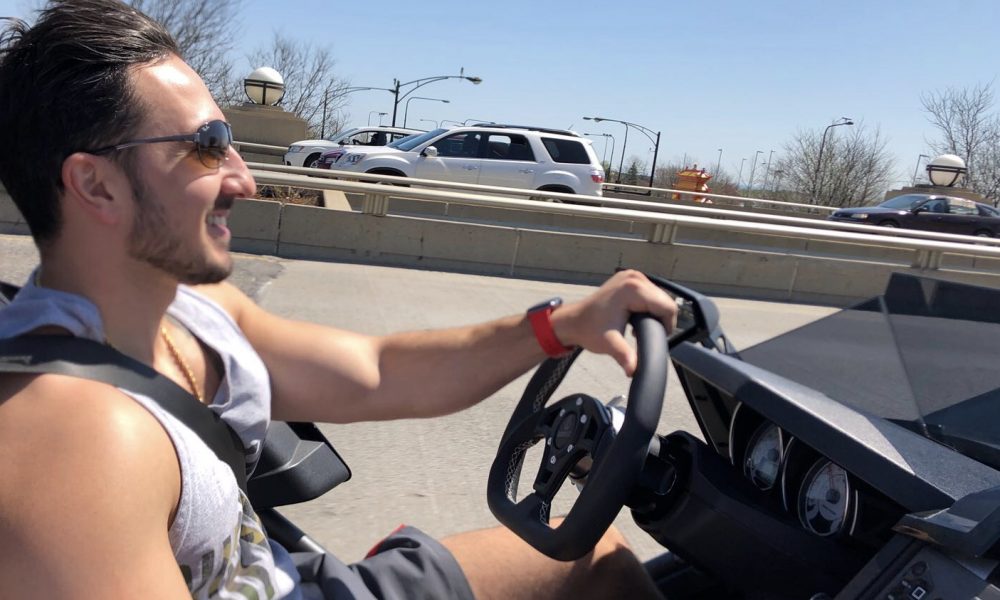 Today we’d like to introduce you to Greg Gregorian.

Greg, let’s start with your story. We’d love to hear how you got started and how the journey has been so far.
I started my journey of entrepreneurship at the age of 10 years old selling gum and mints in middle school. My parents were great stewards of ensuring my brother and I were always focusing on getting high grades and staying in shape playing sports, so that left little time for me for any income producing job, even a paper route. So, I had to get creative. Once I got that itch to be in business for myself, I went on to sell magazines, CDs, and basically anything that I believed could add value to another person. Growing up in Chelmsford, MA, I went to Chelmsford High School and was very active in sports and extra-curricular activities. I graduated in 2008 and attended Virginia Tech. For the year I was at VTech I was a member of the Corps of Cadets and Marine ROTC program until I got my acceptance letter to the United States Military Academy on my second application. While at West Point, I immediately became involved with my school through sports, extra-curriculars, and held positions to represent my class.

One of my greatest achievements at USMA was creating a club soccer team with my group of friends that is now fully funded and recognized as an official club at West Point and is also the farm team for West Point’s division one soccer team. I graduated from West Point as a field artillery officer with a degree in economics and was stationed at Ft. Campbell, KY with the 101st Airborne Division. I deployed to Kandahar, Afghanistan from 2014-2015 in support of two campaigns; Operation Enduring Freedom and Operation Freedom’s Sentinel. I served as an executive officer twice while stationed at Ft. Campbell which meant I was second in charge of units ranging in sizes from 150-300 personnel and managing an average of $80 million in equipment. I retired from the Army as a Captain in 2016. My awards include the Bronze Star (Meritorious), Army Commendation Medal, Army Achievement Medal, National Defense Service Medal, Afghanistan Campaign Medal, Global War on Terrorism Service Medal, NATO Service Medal, and Honor Graduate from the Joint Fires Observers Course.

While in the military and transitioning out, I was actively creating additional streams of income. I was certified as a personal trainer and trained local clients, I invested in the stock market, I bought a house to rent out, and I was involved in network marketing, being a member of four different companies over the course of a few years. I learned a significant amount about selling (arguably one of the most important things in business) and networking with other people. When I was on a trip in Mexico in June 2016, I thought of an idea for the travel club I was a part of, to put their logo on a retractable key badge. Not knowing what the promotional product industry was at that time, I just thought it would be a cool and useful item for the members. I made a video to demonstrate the benefit of the item in hopes that I would be able to show this to the right people to make something happen. At first, I showed this to the top income earners in the company and they all laughed me out of the room. I realized was talking with the wrong people. In October 2016, I was going to a conference in Las Vegas when I saw the president of this travel club in the airport. I mustered up the courage to get through the crowd of people surrounding him and gave a 15 second pitch.

While he was staring at his phone, I put my phone in front of him and showed him 10 seconds of my 2-minute video. He loved the idea, gave me his phone number, and told me to text him. Later that weekend he introduced me to the CEO of the company who I showed my idea to and he loved it as well. The CEO then put me in touch with the marketing director and in November 2016 I had my first call with him. At first, he said they could take this idea without giving me credit or compensation, but because that wasn’t the nature of their company culture, was willing to work with me. He told me to start a promotional product marketing company and then they would buy from me. I was ecstatic! I flew down twice in March and April of 2017 to confirm everything and then launched my company in May 2017. They were one of my first clients and my retractable key badge sold out at their event in Las Vegas exactly one year after I made contact with the executive team! This was a lightbulb moment for me. I realized I now have a platform where I can source any product for any company that needs custom merchandise, which is every organization.

My calling was the military because I have always been about selfless service. A West Point graduate, combat veteran, and a retired Army Captain, I am committed to service excellence. I have taken my military experience which taught me to take initiative, have grit to make it through tough situations, and manage logistics of moving materials to establish a company where I can create a positive change in another company’s marketing strategy. Lunar Branding’s®️ mission is to add value to an organization through promotional products and consult on unique branding ideas to develop and strengthen a company’s brand! Today we are still servicing clients ranging from small start-ups to veteran-owned companies, to non-profits, and even large corporations like Warner Brothers.

Has it been a smooth road?
Absolutely not. Starting your own company from scratch has been anything but easy. It takes a massive amount of commitment and a serious desire to succeed. To launch my company, I liquidated all my assets…selling my rental property, selling my stocks, liquidating my ROTH IRA, and pulling from my savings. Each day is a grind to wear all the hats within a company between marketing, accounting, administration, sales, etc. There are struggles like invoices not being paid, clients backing out on large orders or putting them on hold, providing quality customer service when shipments are late, and so on. However, it’s a fun grind that I enjoy because I know it will pay off! I don’t have an MBA yet, but I argue I have a street MBA from everything I have learned and the experience I have gained building my business. I definitely attribute my military experience to my success and perseverance with building my company because when times get tough, you have to keep fighting and pushing through.

So, as you know, we’re impressed with Lunar Branding®️ – tell our readers more, for example what you’re most proud of as a company and what sets you apart from others.
Lunar Branding®️ is a promotional product distribution company that specializes in consulting with our clients to maximize their marketing budget. What I’m most proud of as a company has been my ability to truly develop a brand and not just another promotional product company. We could have gone the easy route where we would be named “AZ Promos” and just let customers order directly from our site whatever they wanted, but that would be doing them a disservice. When you come to Lunar Branding®️, you have to talk with us before you buy. What sets us apart from the competition is that we have created a space-themed brand to show our clients our own company’s ability to brand, developing an example to follow. Our brand represents more than just marketing materials, it represents the idea that the possibilities to brand are endless and infinite like the universe.

As we like to say when you come to Lunar Branding®️, it’s “One small step for brands, one giant leap for brand-kind™️.” We don’t just peddle pens, we take the time to consult with the client about which items they are looking to purchase, why they chose those items, their budget, target audience, and what’s new in the market just to name a few factors. After collecting all these data points, we help curate a list to maximize our client’s marketing budget, so their dollars aren’t literally thrown away by purchasing low-quality items that won’t resonate with their target market. We consult with our clients to focus on gaining impressions on each item they give out or sell and educate them that every item they put their logo on represents their company and their brand. Quality becomes everything and as always, Shoot for the Moon!

Let’s touch on your thoughts about our city – what do you like the most and least?
I moved to Orange County from Chicago back in January of this year and what a difference in lifestyle it has been. I loved living in Chicago and being downtown in the center of a busy and beautiful city, but when it comes to living out here in Orange County, it’s a totally different vibe. My least favorite part is definitely the traffic, during rush hour is absolutely ridiculous. Other than that, I have no complaints. I love how close I live to the beach and to hiking trails. I really enjoy the daily sunshine, because anytime I need a break, I can go take a nice walk outside and enjoy the outdoors. 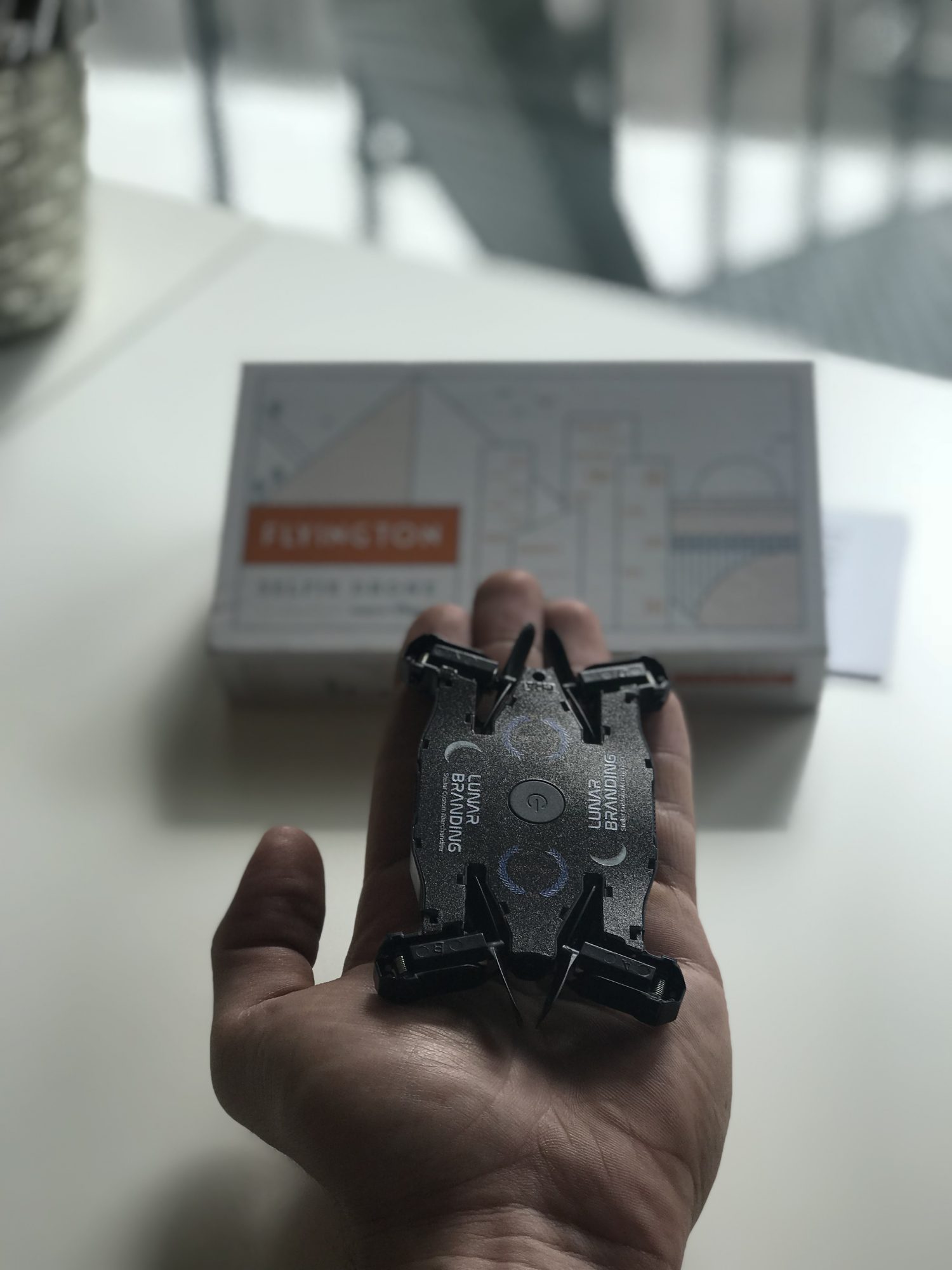 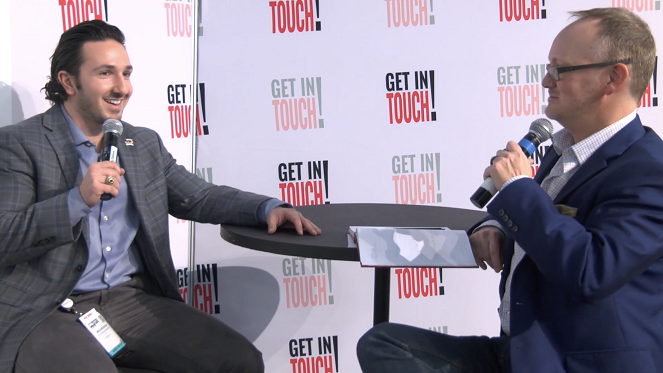 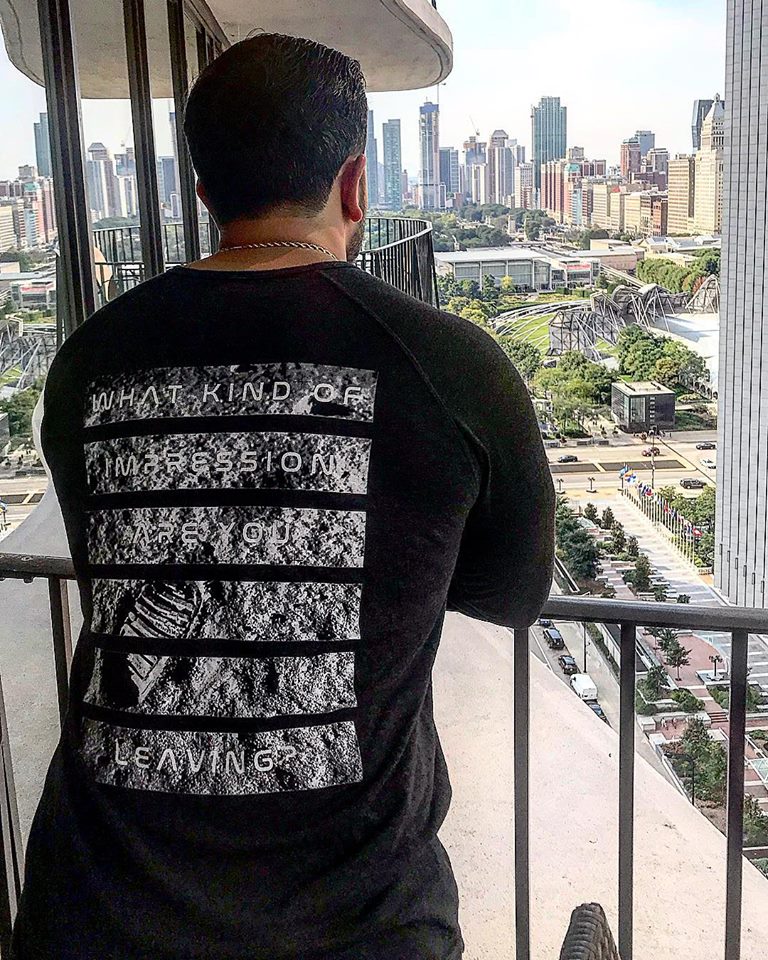 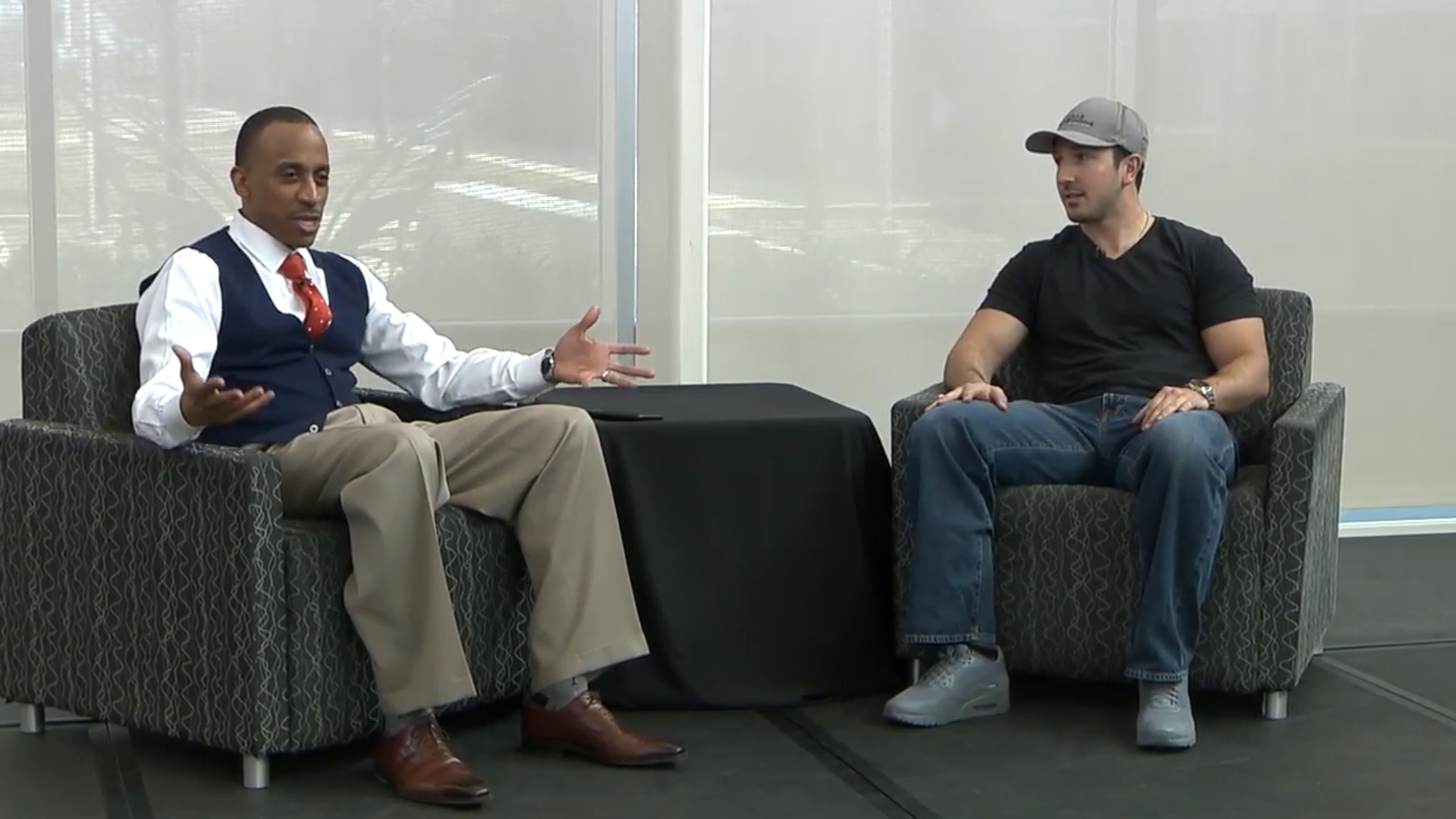 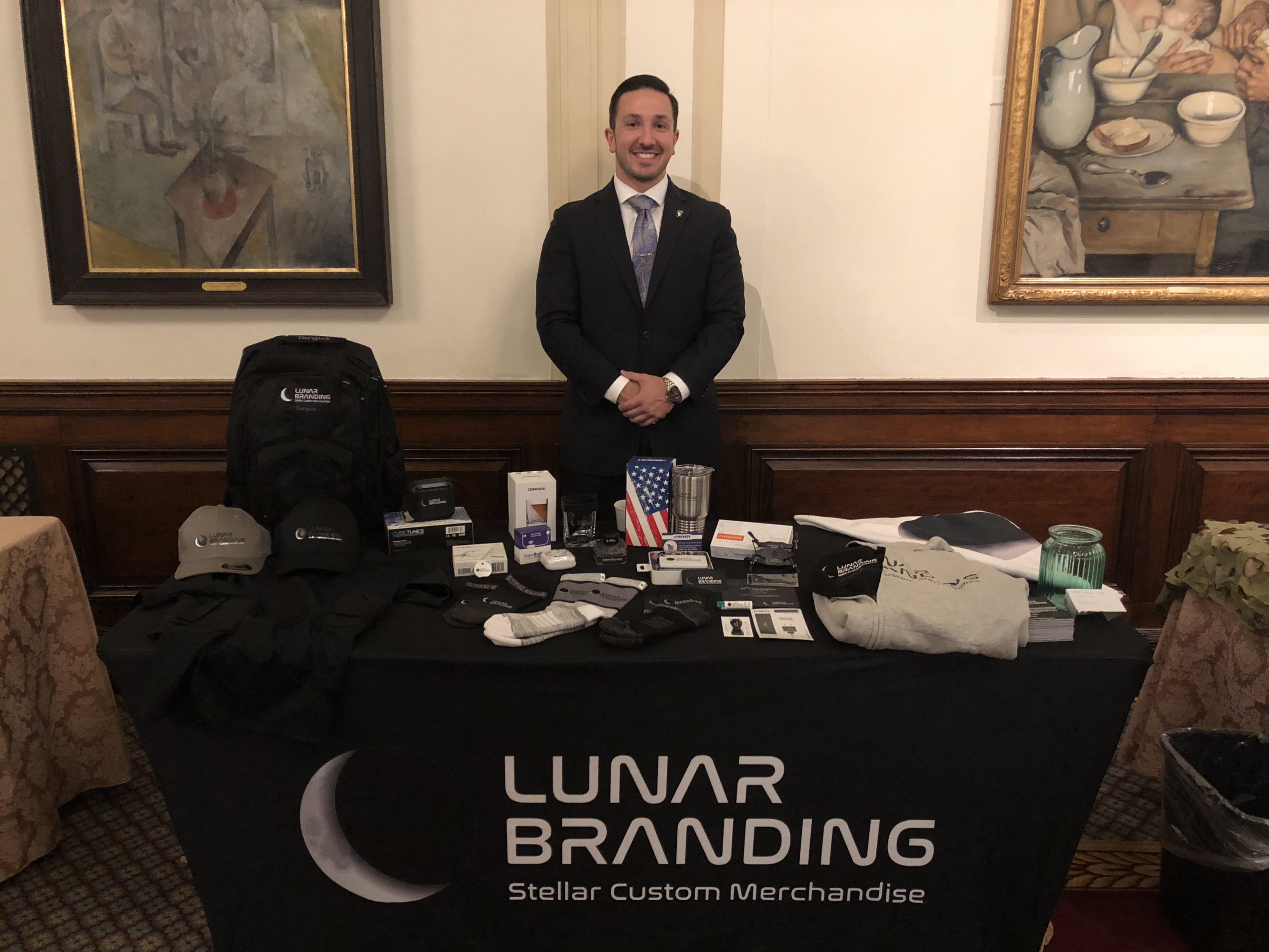 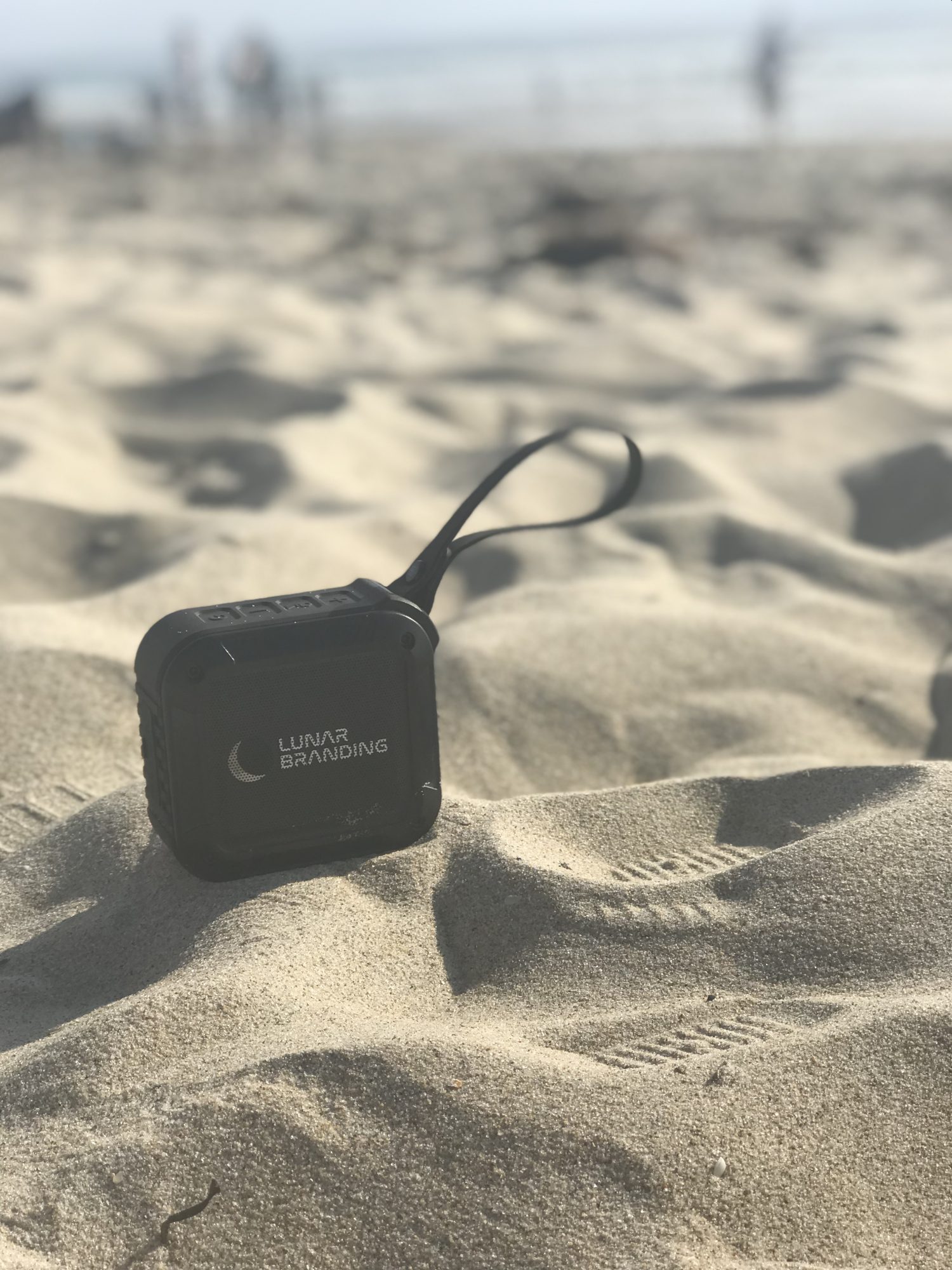 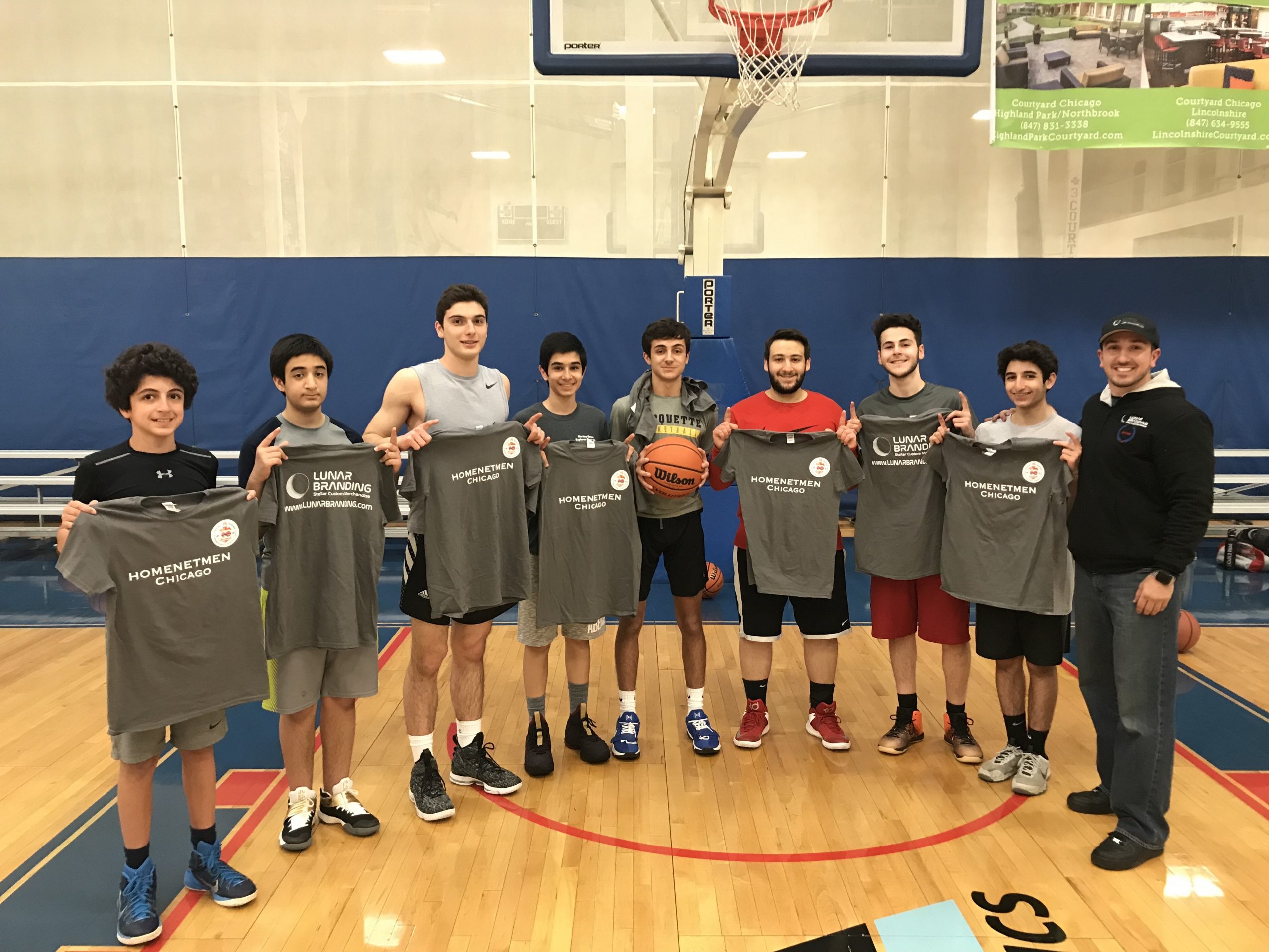