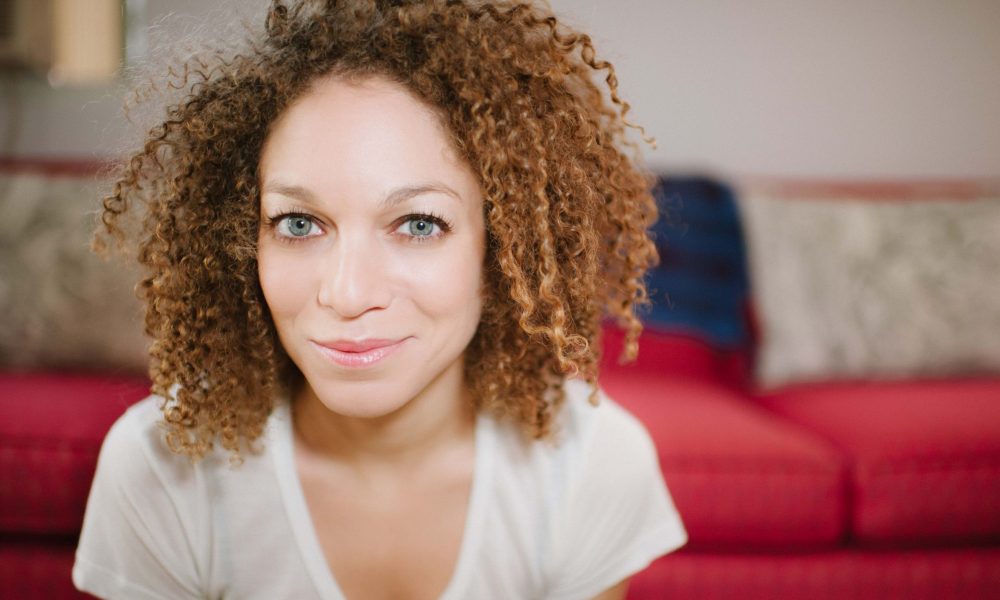 Today we’d like to introduce you to Fay Wolf.

Fay, let’s start with your story. We’d love to hear how you got started and how the journey has been so far.
Thanks. I’m a musician, actor, author, artist, speaker, and decluttering pro. (Bit of a mouthful, but I’m owning it! Or trying to)…

These days I’m making a lot of work based on questions of identity. So I’ll start the story there. I was born in Connecticut to a Black mother from Antigua and a Jewish father from Queens. They had a 25-year age gap between them and were very much in love. We were definitely the odd family out a lot of the time. But we were surrounded by dear friends, good opportunity, and lots of laughter… a recipe I’m grateful for. My love of performing was present from the start, and my parents were always very encouraging and supportive, bless them. At 14, I came out as bisexual. To exist as a biracial bisexual woman is a lot of what I’m exploring in some new spoken word pieces.

I moved to Los Angeles in 2003. My only goal was to become a working actor as quickly as possible. That was, er, slow-going for a while. So I worked in restaurants and waited around (literally) for my career to go the way I wanted it to. But when my father died in 2005, I woke up to a lot of things — namely that I had the freedom to make choices. And I realized that working for other people was not the type of day job that jived with me.

Acting was going moderately well, but I certainly couldn’t live off it. So (after a lot of fear and false starts), I started my own business: New Order.

I launched in 2006 and spent several years decluttering with folks in their homes. This venture was never intended to be anything other than a way to pay my bills while I continued to pursue my craft. But over the past dozen years, it’s brought many unexpected and fulfilling surprises. The surprise of New Order (yep, the name is a nod to the band), however, feels tame compared to the surprise of my becoming a singer-songwriter in 2008. Although I’d played piano and sung for most of my life, writing my own songs was something I never thought I was supposed to do.

And yet about ten years ago, I found myself involuntarily sitting at the piano and letting out all my deep dark stuff… in the form of song. When my friends started repeatedly showing up to my music gigs and the songs started being licensed for TV shows, I figured I might be onto something. (Not to mention the therapy and clarity I began to feel. Because of music!)

Around 2012, when the pursuit of *three* careers nearly broke me down, I chose to take a long break from the pursuit of acting. It broke my heart, but it was the right decision for the time. More on that in a sec. Cut to 2014. I decided to write a book proposal for a book about decluttering, where I could put in one place everything I’d learned from my experiences over the years. That turned into “New Order: A Decluttering Handbook For Creative Folks (And Everyone Else)”.

Released in 2016 by Ballantine/Random House, it’s a guide for everyone to conquer not just physical clutter and paper, but digital clutter and productivity too. And it’s got a strong bent toward creativity and imperfection. (Imperfection is one of my biggest principles. We’re human and we’re busy. A little better is… a little better!) I’m hoping to release an online decluttering course in 2019 as well.

These days, I’m playing fewer music shows but I have wild dreams of performing with huge bands on stage. I just released a few new sad songs, and I’m looking to make more records and collaborate with other musicians. (And I’m always on the hunt for great indie music producers on the east side. Know anyone?) And this year I decided to bring acting back into my life. Whether that takes the form of paid work or class work or stuff I do in my own living room, I’m jazzed to get to it.

Great, so let’s dig a little deeper into the story – has it been an easy path overall and if not, what were the challenges you’ve had to overcome?
Some of my roads have been smooth. I’m grateful for angels who popped up along the way, like my music manager Jon and book manager Rachel, who both believed in me and guided me effortlessly to successful work in those fields. (And, of course, so many more folks too, including some outstanding friends and collaborators). Acting is what followed me from childhood into adulthood. Though there have been small successes along the way, it brought a lot of emotional struggles over the years. As I move forward to a new chapter of that craft, I’m trying to release the imprinted negativity of the past. And thankfully I no longer assess my own value based on my work, achievements, or bank balance.

It IS a daily struggle to figure out where my attention is best spent. As someone who is extremely organized and has an ironclad to-do list, my problem is not with tasks falling through the cracks; it’s about which tasks I choose to do at all. There are so many different kinds of projects I want to create, and I worry that if I split myself off too much, nothing truly meaningful will ever get done. I get bummed that it’s not in my budget to hire the aforementioned band of musical players I dream of. But I trust that good art will fall into place when it’s supposed to.

Alright – so let’s talk business. Tell us about New Order – what should we know?
As a declutterer, I’m known for being laid-back, imperfect, and understanding how to relate to creative folks– because I’m one of them. As a business owner, I’m proud that I finally learned that I make the rules and I can own who I am. I don’t have to know how to fold a fitted sheet or stack pretty containers to be a great organizer who can connect with people and coach them into positive action. So many of my client sessions over the years have felt like play rather than work, and I really hope to change people’s minds on what’s possible with the clutter in their physical and digital spaces, along with the clutter in their minds and hearts.

As a musician, I suppose I specialize in sad songs–which has now become a shorthand to say that I tend to write about things that go dark or speak to the moments in between, and the questions I have about this whole life and death thing. Sometimes they’re love songs, or songs about the human condition, or about sickness and dying, or artistic struggles, or a thousand other things. And all of it comes with a side of dry humor. Because that’s what’s real in life too. 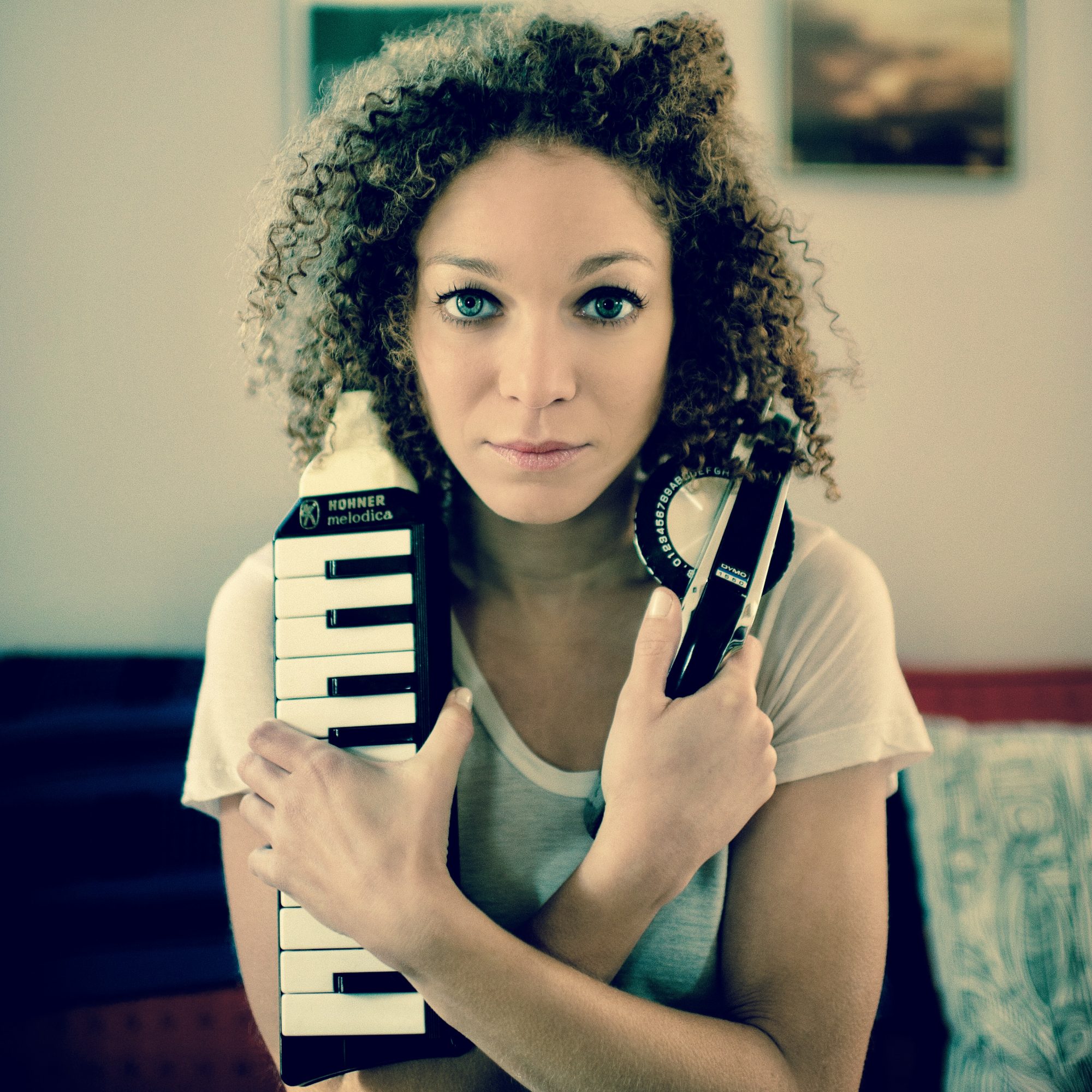 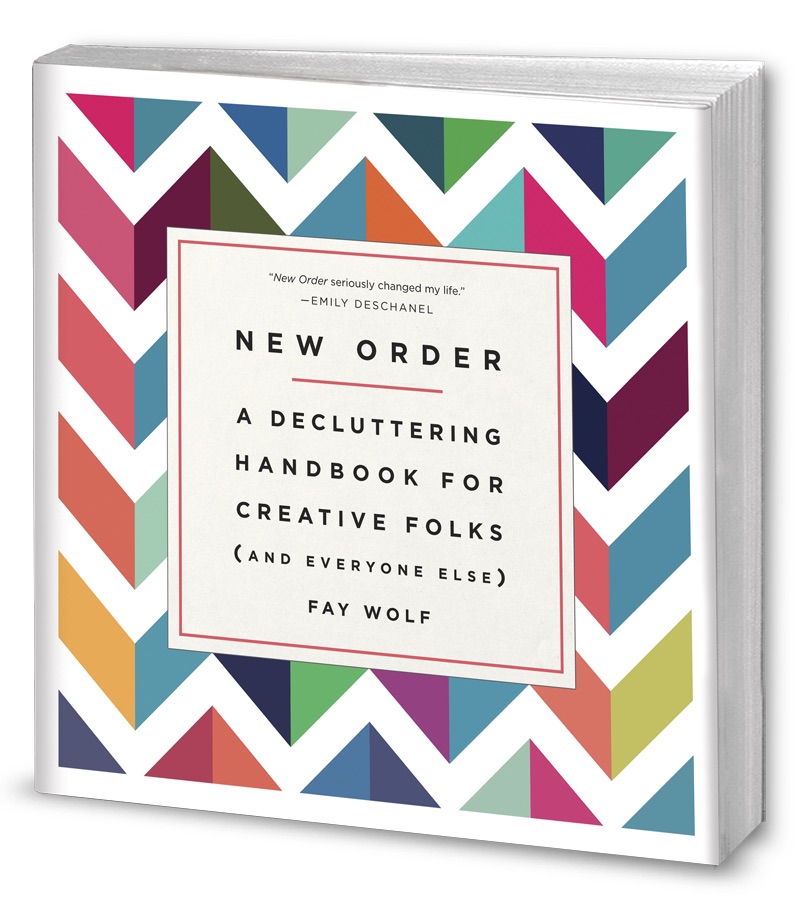 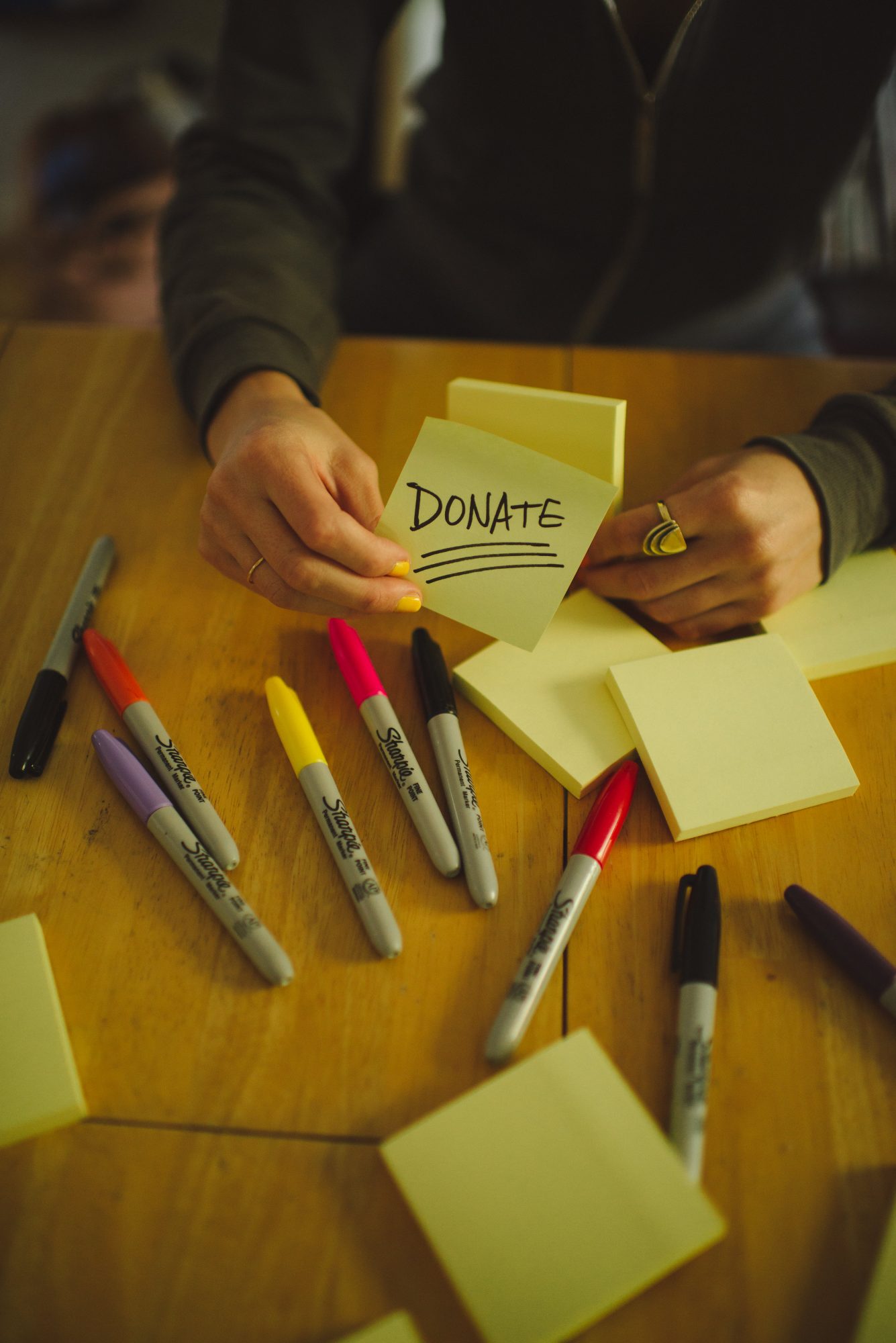 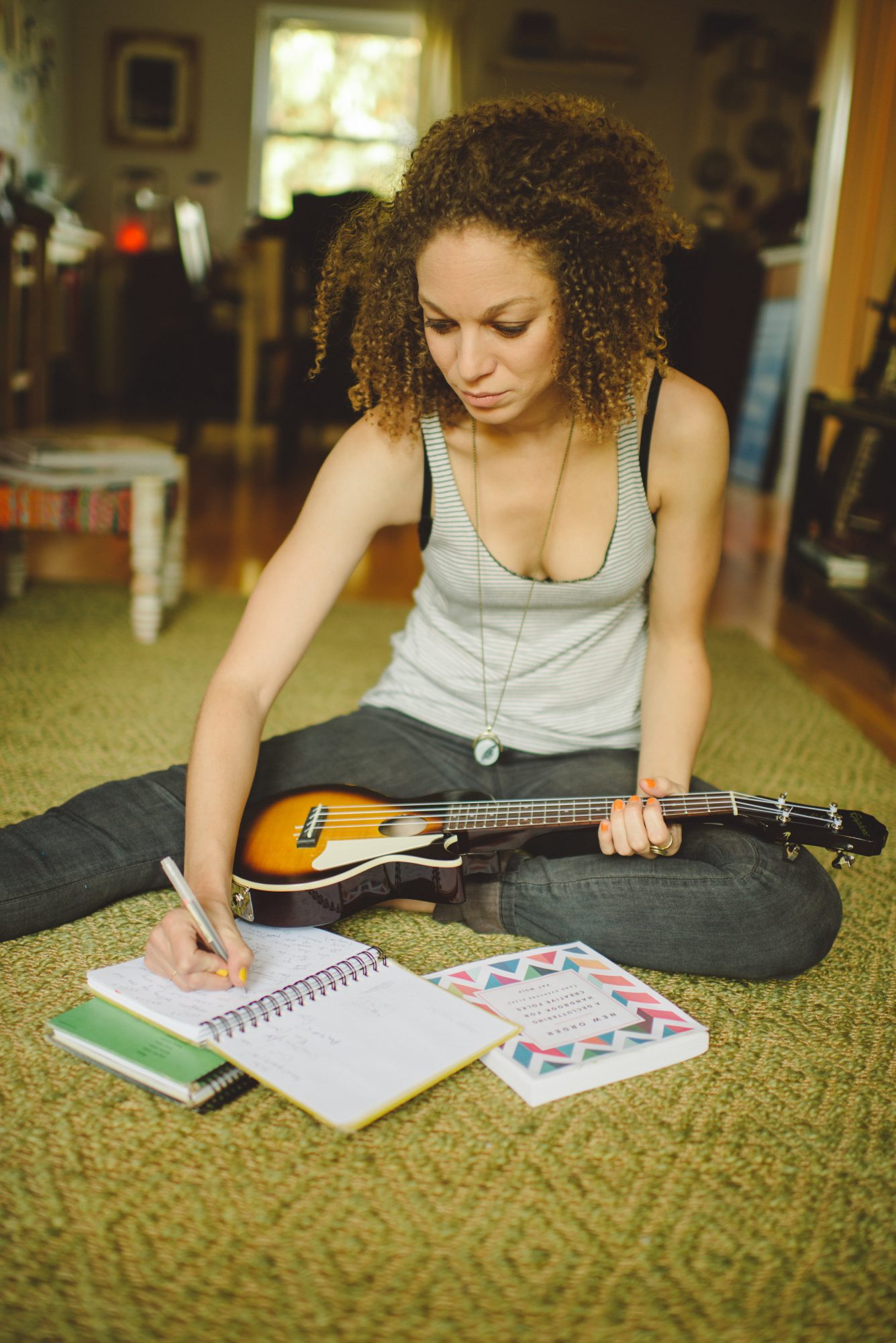 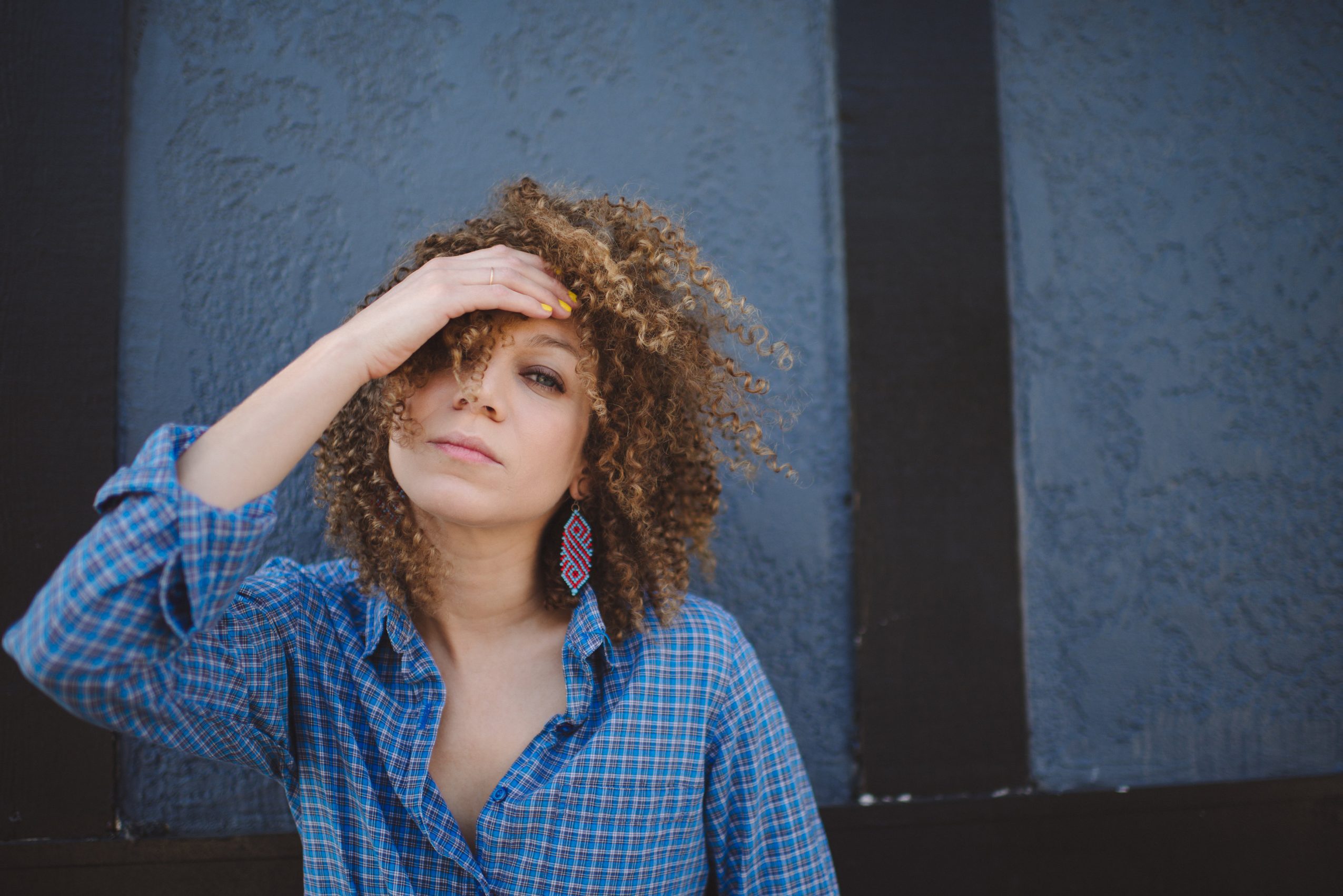 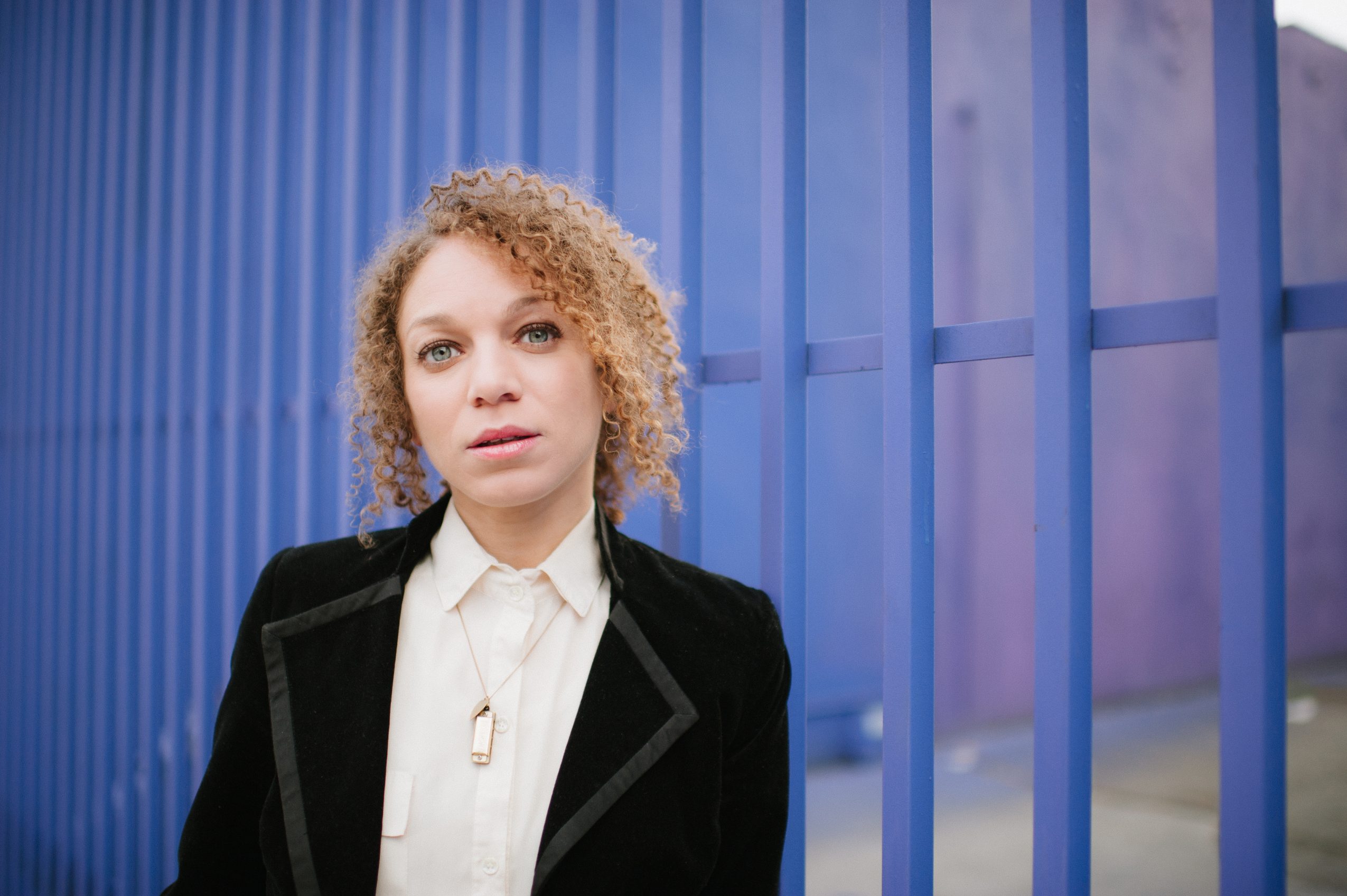 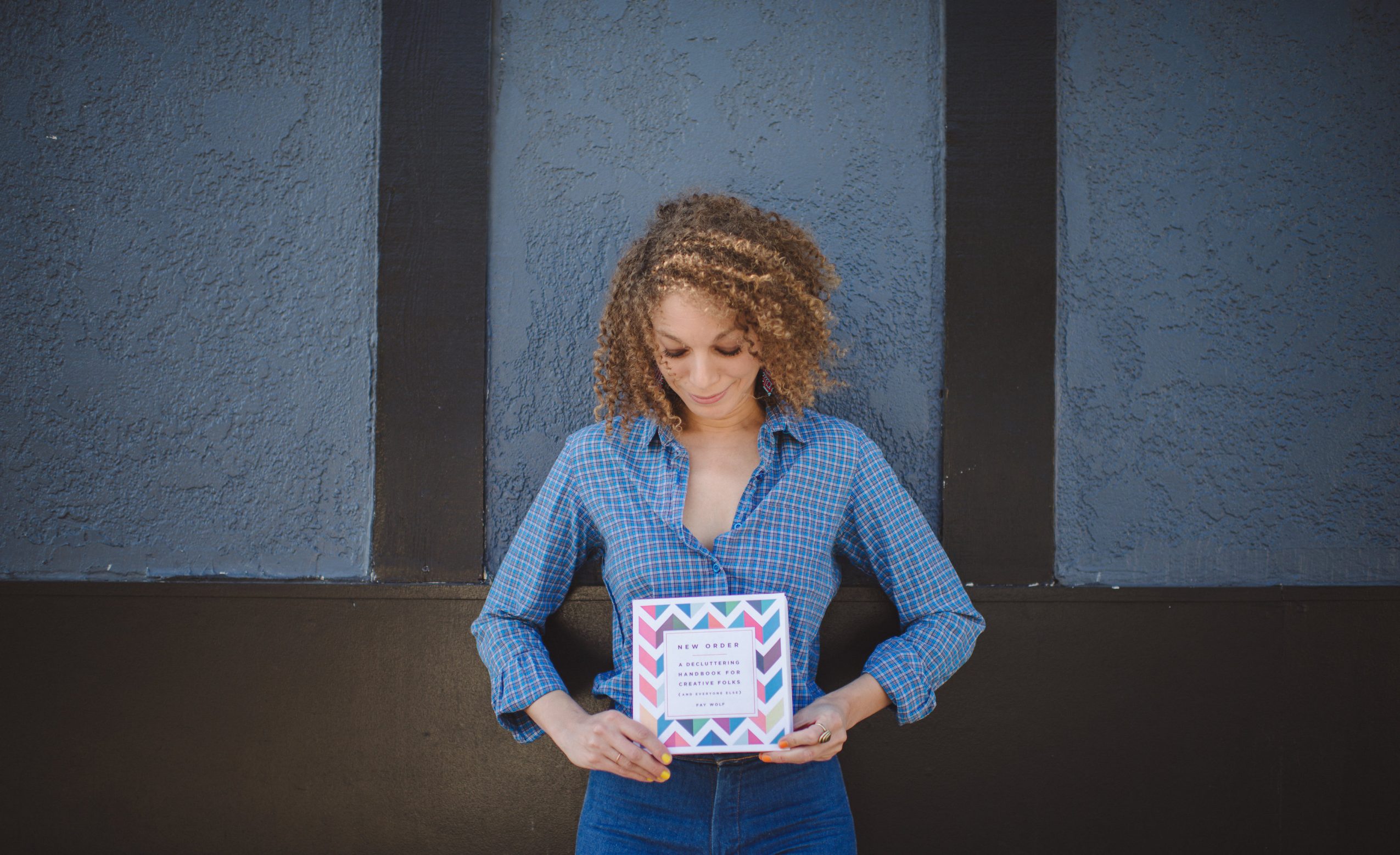