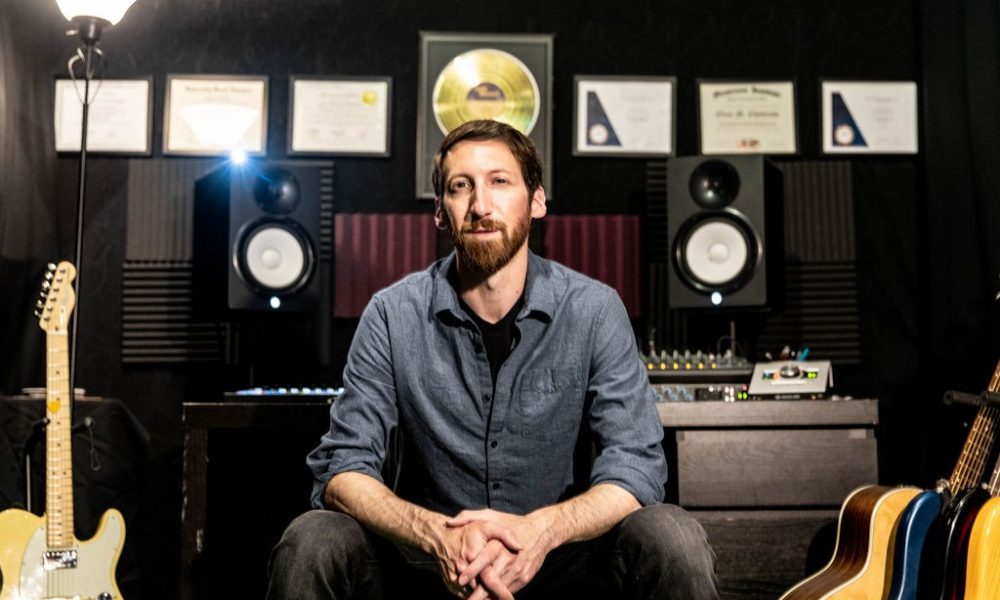 Today we’d like to introduce you to Evan Mykl.

Hi Evan, it’s an honor to have you on the platform. Thanks for taking the time to share your story with us – to start maybe you can share some of your backstory with our readers?
I landed in LA about ten years ago with the hope of breaking into the music industry and seeing where that could take me! I studied Bass Guitar at LA Music Academy (now Los Angeles College of Music) which was a great way to get my playing up to a professional level and also to grow a network of musician friends. Aside from your playing, your network is your strongest asset as a musician. Growing up in Milwaukee, WI I always had a bit of a pipe dream about being a professional musician, but it really felt more like a fantasy… I mean, who really does that? I didn’t have the confidence to go straight to music school, so I studied Psychology at SLU in St. Louis, MO. It took until my senior year to find a couple of local bands to start gigging with, and that was my first taste of getting into a music scene, which was really a cool community in St. Louis. After some small tours and both bands breaking up suddenly, I got an opportunity to join a band down in St. Petersburg, FL, where I lived for about three years before coming to LA. The band was not a good fit, but I ended up getting a cushy office job and decided to stay and plan my next move. It’s a distant memory now, but when things get frustrating here in LA I try and remember my time in the cubicle. It wasn’t all bad, but it really wasn’t for me. It took some time but I worked up the courage to quit the cushy job and head out to LA for greener pastures and see where that would lead.

After music school, I joined a bunch of bands and just started giggling like crazy. I didn’t make much money at first but as time went by I was able to find better and better gigs. For about five years, I had about 125 gigs per year with a ton of different bands. It was a great experience, but my goal was never just to gig and be on the road, so in 2018 I went to Musicians Institute to study Audio Engineering and pivot in my career a bit. I’ve always had a major interest in recording and absolutely love being in the studio! As much as I love performing and want to continue gigging and teaching, I’ve always wanted to focus more on the studio world, whether it’s producing, collaborating, bass sessions, or just engineering. After studying at MI, I put together my own project recording studio called The Spacemint at my home in Highland Park, and since then I’ve been working with clients on a wide variety of music & audio projects. Having a strong background in music and having played with so many bands gives me a lot to draw from working in the studio with new clients, and I’m really enjoying utilizing my skills and experience in different ways. It’s really been a dream come true, and I’m very excited for what’s to come!

Alright, so let’s dig a little deeper into the story – has it been an easy path overall and if not, what were the challenges you’ve had to overcome?
I don’t think I’m alone in saying that life has a way of continuing to challenge you. There have been many days where I’ve wondered whether I’m on the right path, but I think a certain amount of that is healthy. Before I moved my focus more to the studio environment I had so many gigs with incredibly tough travel schedules, and in times of extreme exhaustion, it’s hard not to wonder at times why you’re doing what you’re doing and if you’ve made a mistake somewhere. Is this what I want out of life? Is this getting me to where I want to go? At this point, I’m happy to say that I don’t have any regrets, but that doesn’t mean it’s been a smooth road. Trying to work professionally in the music industry is no easy feat, and I admire anyone who’s making a living in any creative field. Speaking of obstacles, both in gigging & in the studio, obstacles are a part of the deal (and your job). Almost every show or session is going to bring you some sort of challenge, and part of being experienced and competent is being able to stay calm and find a solution as quickly as possible. The best thing aside from what you learn from each experience is that you usually get a good story out of it. I have so many stories at this point, which is actually why I just started a podcast called “Gig Stories” where I talk with fellow musicians about crazy gig experiences and working as a musician. The podcast should be available everywhere in either March or April at the latest (shameless plug!).

Appreciate you sharing that. What should we know about The Spacemint Recording Studio?
It’s always been a dream of mine to own a recording studio. I was fortunate enough to have the space to make one where I live in Highland Park! The rooms were originally just for storage and had kind of an unfinished basement/attic feel, so I just started called it the spacement, which turned into spacemint by a friend’s suggestion when I opened for business. I spent a lot of time making the area work and feel professional, and I’ve gotten great feedback about the vibe and setup from everyone who’s come by for a tour or a session. The variety of clients I’ve had has been one of the most fun things about it. I’ve had full bands, solo artists, instrumentalists, I’ve mixed and/or mastered songs, fully produced and co-produced songs, played bass on many things, and have even had some “spoken word” type things such as a 5-person commentary for a movie and recorded the audio for a trivia game. Some of the most notable things so far would probably be recording the instruments for a McDonald’s commercial that came out last year for the Trolls World Tour movie – happy meal, and playing bass on a song for the latest episode of Adventure Time: Distant Lands – Obsidian out on HBO Max. The music was by my friend Amanda Jones who’s an incredible composer, so please check out that episode and all her work! The centerpiece of my studio is a 5′ x 7′ whisper room that I use mostly as a vocal booth, and I also have a “live room” as well to accommodate full band live-tracking. If you want more info about my setup or to see reviews and hear recordings I’ve worked on, you can always go to www.thespacemint.com or contact me about booking a tour!

Is there anyone you’d like to thank or give credit to?
I don’t think anyone has really helped me achieve anything in my career… said NO ONE!!!! I’ve definitely had a lot of help over the years from friends and family. My parents and grandparents deserve a lot of credit, I don’t know where I’d be or what I’d be doing without their support over the years. My network of friends has also been vital, so much of the work I’ve been fortunate enough to get in my career has come through recommendations and word of mouth! Moral support and encouragement also go a long way, and those closest to me definitely keep me going when things get tough. I’ve also had many teachers over the years play huge roles in my growth as a player, professional, and as a person. Since there are too many names to list, I’ll just say that my education at Los Angeles College of Music and Musicians Institute gave me an incredible foundation of knowledge and confidence to set out on this journey. 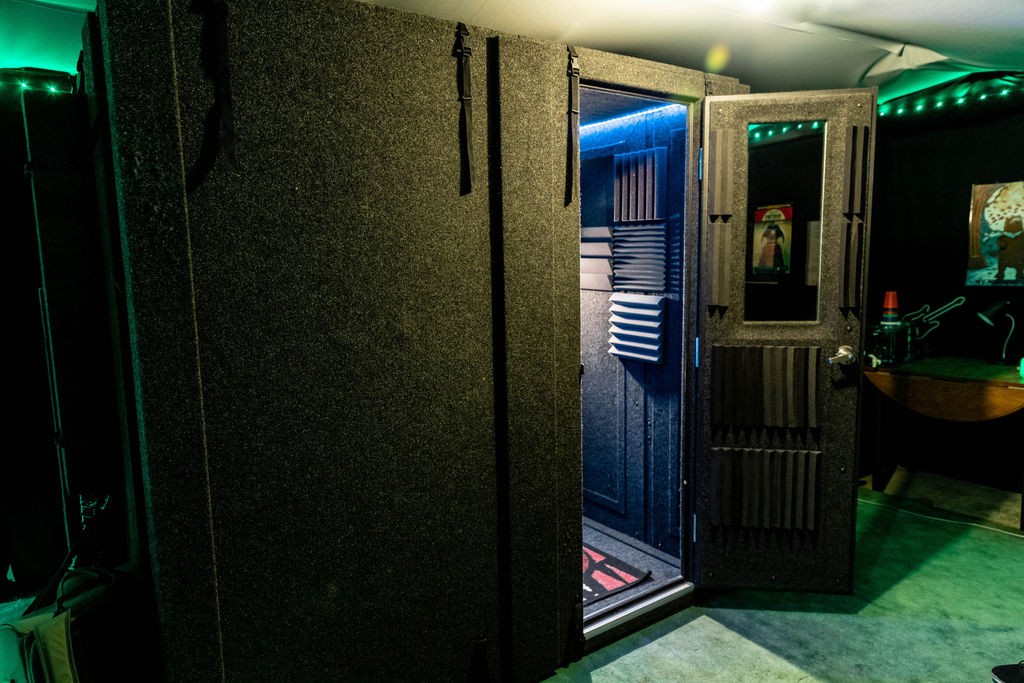 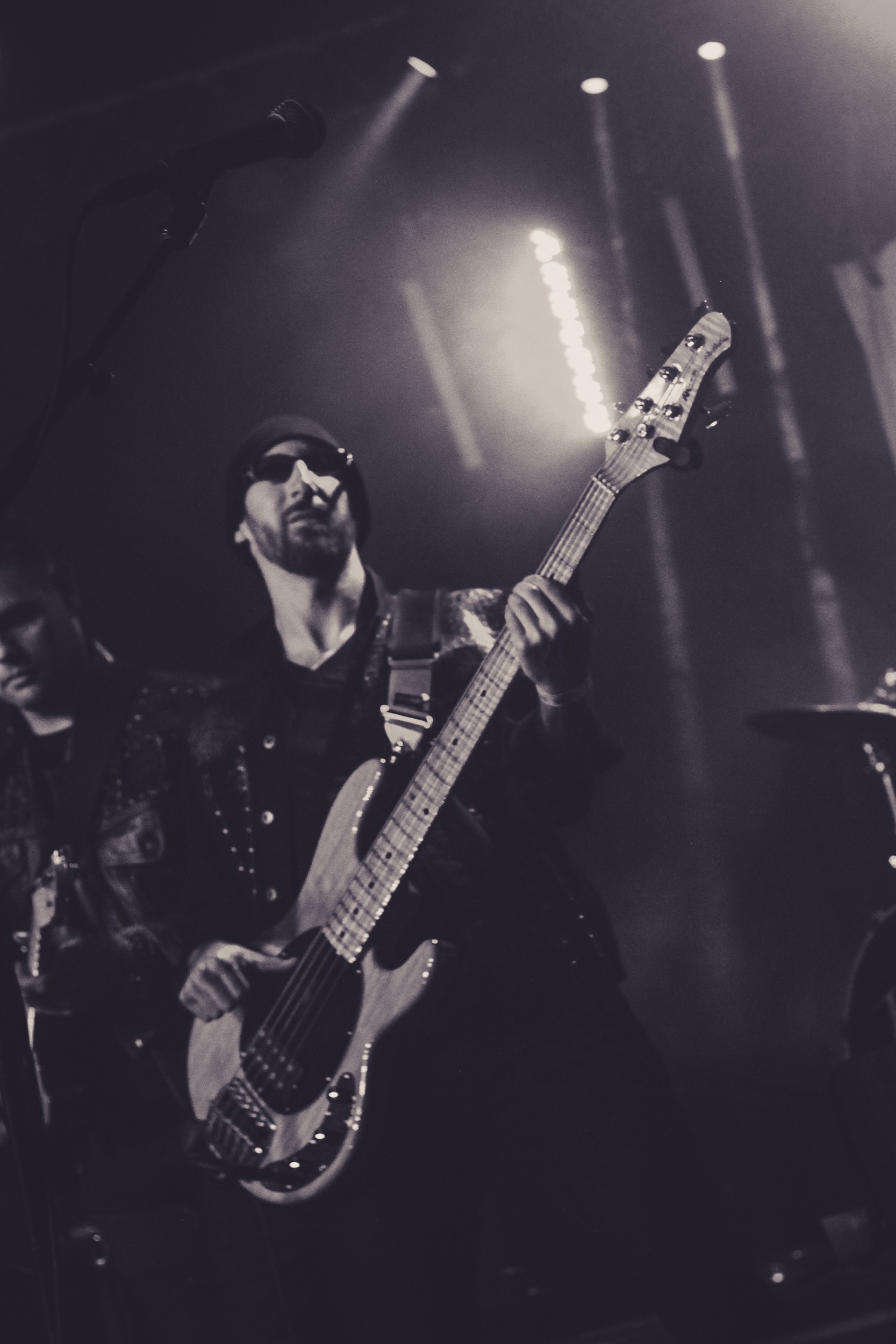 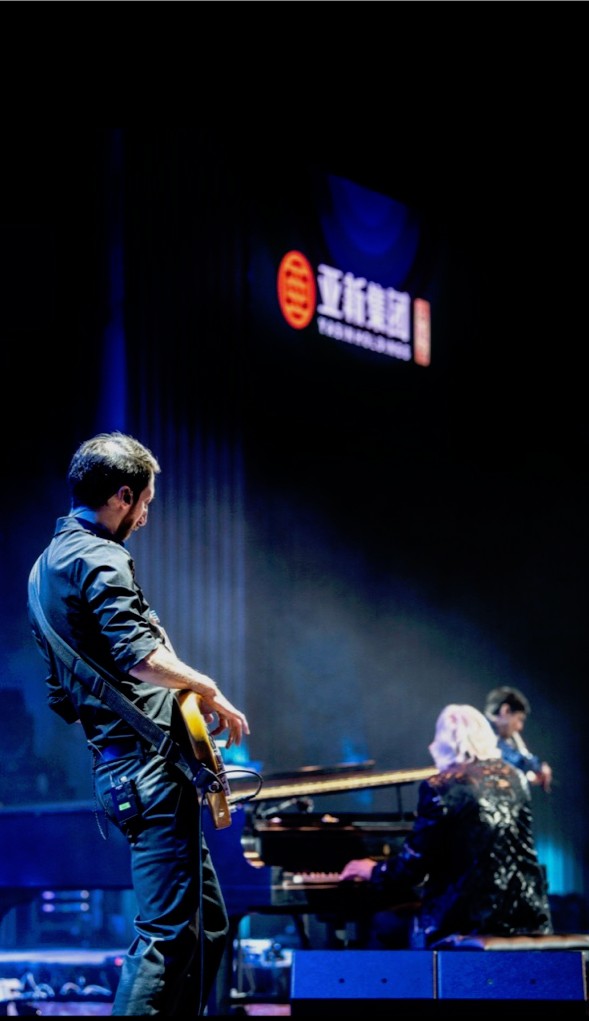 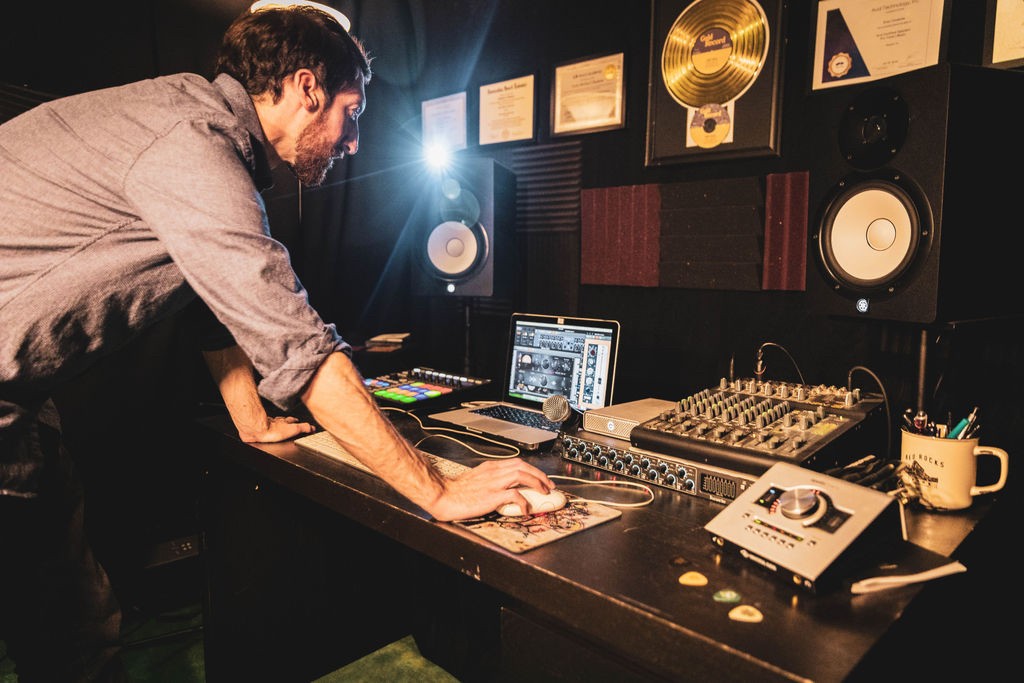 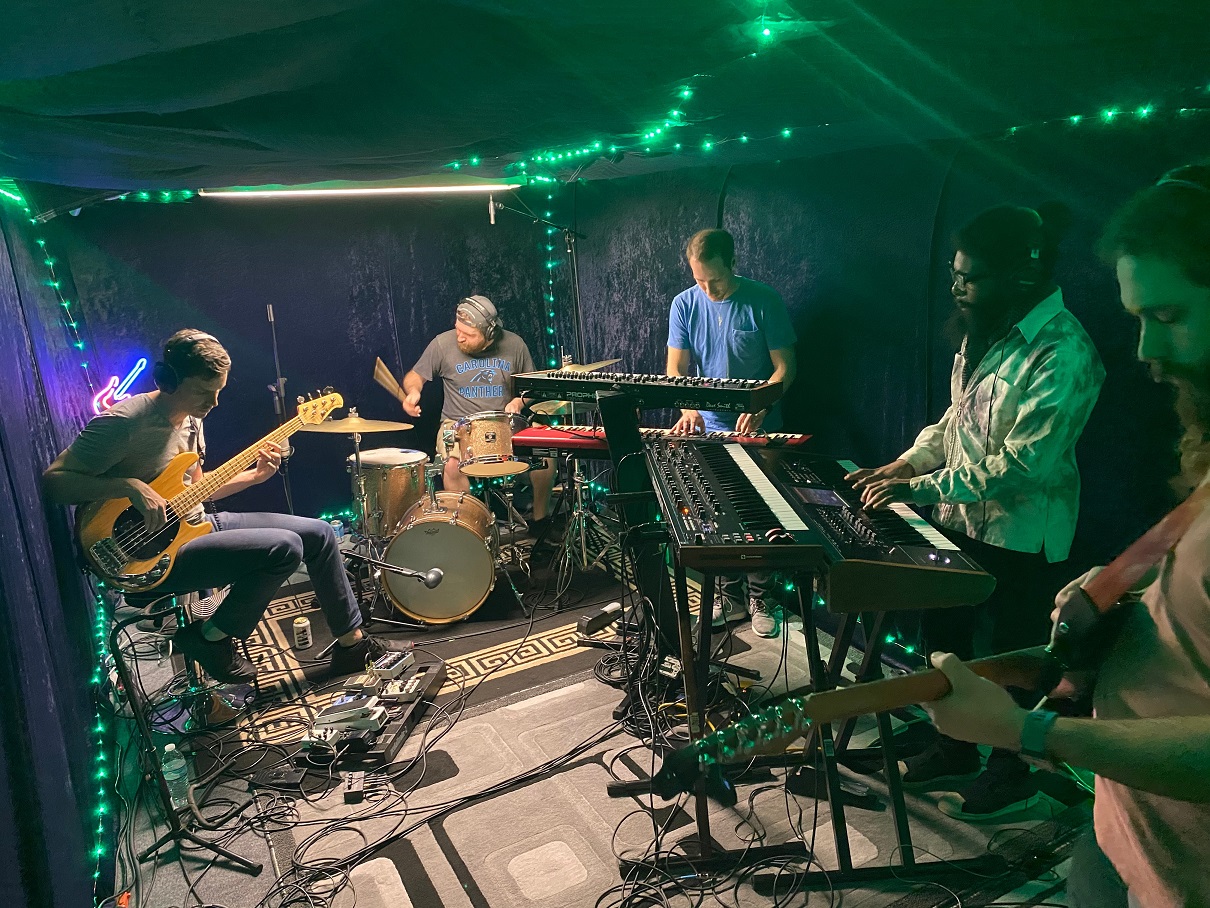 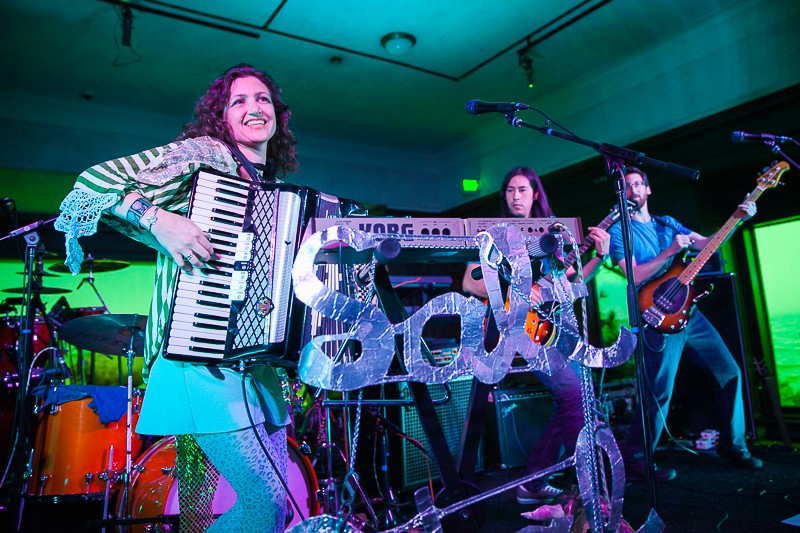 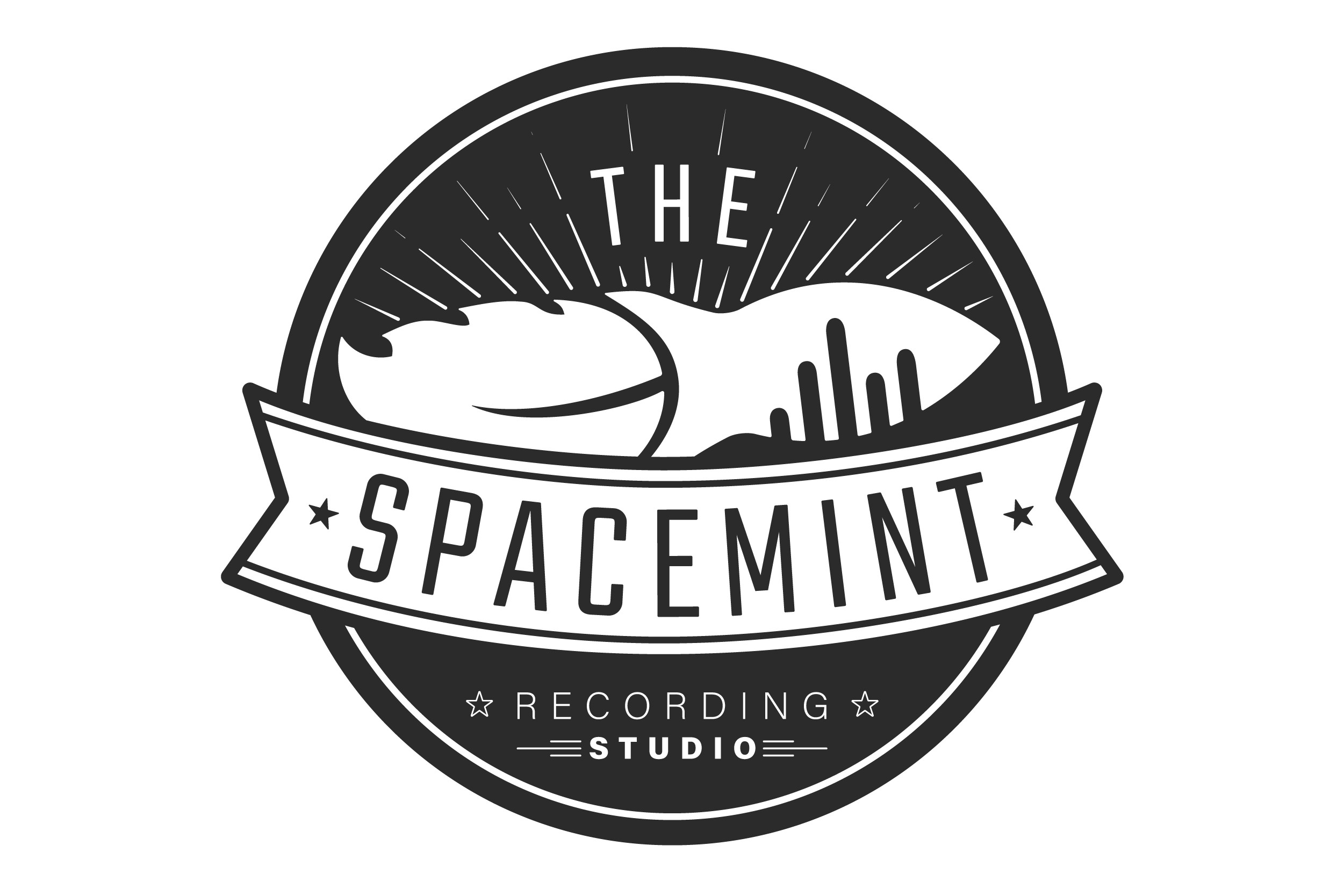