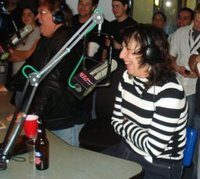 Today we’d like to introduce you to Dr. Linda Salvin.

Dr. Linda, before we jump into specific questions about your work, why don’t you give us some details about you and your story.
As a native of Los Angeles, growing up in Sherman Oaks, I have become an internationally recognized psychic, healer and metaphysician.  I spent 18 years on local and national radio, starting on K-BIG 104 FM. Unknowingly, my brand was about to be born. This was long before the internet.

Having earned a B.A. in Health Education at San Francisco State University in 1975 and Master of Public Health in Epidemiology from the University of Michigan, in 1977, I returned to Los Angeles to begin a career in Occupational Health.  Four years after grad school, while on company business, I was in a commercial airline plane crash at John Wayne Airport.  That was on February 17, 1981. As I slid down the ramp to safety, I had a near-death, out-of-body experience. This was the first of three for me. In 1982, I was hit by a firetruck and in 1984, I totaled a car and had the white light experience.

All of these traumas led me to becoming a psychic. Needless to say, I had no one to discuss the psychic phenomena with in those days.  The people I did talk thought I was nuts. I did not know what to think.  I was out of my body 50 feet for four months after the plane crash, the firetruck accident elevated the gift and when I totaled my car and had the white light experience, I was given the choice to live or die by a voice from the other side.  When the paramedics helped me out of my crashed car, I started screaming, “they want me off the planet!”   I had no clue what was happening to me. While my friends were becoming Yuppies, I was becoming spiritual…

I did, and to a point still do, suffer from PTSD as a result of these accidents.  Doors started to open;  I dabbled in comedy to relieve the trauma and pain; but, as Jerry Seinfeld would say, I got out of line…I quit, and never ‘made it’.  I decided to return to my music; I was offered two record deals but rejected them due to the confusion I was experiencing between the physical and spiritual worlds.  Eventually, another psychic suggested I work for Psychic Friends Network, one of the first 900 lines. While working with them in 1992, I was invited to star in their TV informercial with Dionne Warwick for Psychic Friends Network.

I left PFN in 1993 and in 1994, I was chosen out of 300 applicants to be the night time psychic on K-BIG 104 FM here in Los Angeles. Their creative producer, Fred Missman, currently at Country 105 AM, loved my work and encouraged me to continue.  He taught me broadcasting.  I syndicated my show with Cable Radio Network for nearly a decade, moving over to KLSX 97.1 FM in 2005 and KABC 790AM in 2008. I stayed on the air until the close of KLSX in 2009.

As I broadcast 10 hours a week in 1999, I was trained in candle magic.  This enabled me to further help people.  I developed a line, Wicks of Wisdom, to help people with their finances, love, luck and health issues. In 2005, I decided to return to school to earn my PhD in Metaphysics. I felt a need to combine my science background with the esoteric and legitimize my professional status.  I received my degree in 2008 from the American Institute of Holistic Theology. I am a standing member of The American Association of Drugless Practitioners as well as The American Federation of Certified Psychics and Mediums, of which I am the head of the Metaphysics.

I syndicated my Radio Psychic show for 18 years. As the digital age evolved, traditional radio platforms changed and talk radio as we knew it was no longer anything except political. I did not feel drawn to podcasts or other outlets to broadcast at that time.   I branched out as a guest on various shows, while keeping a private practice.

In 2018, I discovered the Strawberry Laser Lipo technique to assist people in contouring their bodies. After years of assistance to others, I studied, trained, became licensed and purchased the laser to start a practice.   I continue my metaphysical work as well as offer body contouring with the laser. I work with an MD in Santa Monica and a doctor in the valley, besides providing treatments in my home studio. It’s a trilogy of services to help people.  It’s my brand that evolved as Dr. Linda Salvin since 1994.

Great, so let’s dig a little deeper into the story – has it been an easy path overall and if not, what were the challenges you’ve had to overcome?
The road to achieve what I have has been anything but a smooth road. I broke ground in the psychic world on radio where few, if any, ever walked. I had someone at K-BIG who believed in me and till this day, 25 years later, is still one of my biggest cheerleaders.  I mentioned Fred in the section above. Knocking on doors, producing the show, establishing trust, proving I was legit and not a charlatan was and still is, one of my greatest challenges.  I am a true psychic with an intense and accurate gift. I have thousands of testimonies in emails, letters, online and in boxes.  I reread them at times and question how I did all that.  I surprise myself as this was not a chosen path; it chose me.

I have been bullied, attacked, criticized and berated as well as won broadcast awards, placed in the top 10 international ranking of psychics with world-wide voting of psychics from 2015-2017, been published in client’s books from transcripts of our sessions to having appeared on TV and in a few movies. No one is 100% but I rank highly.  I have worked with celebrities and VIPS of studios as well as lawyers, doctors, business people, housewives, students…everyone one from any walk of life.

I have been tagged ‘the psychic’s psychic’.  I work with a chiropractor out of La Jolla, CA who refers his patients to me.  We help each other.  I have clients around the world.  It’s fun and it’s gratifying. The psychic and world of healers, mediums and the occult exploded with online exposure.  Today it is common and heavily sought after as humans thirst to know their future or if a loved one has messages to convey.

People don’t believe me until I say something, it rings true, happens or shocks them with goose bumps, which is a confirmation of spirit, and they know I’m being honest.   Starting any business, within an unknown field, trained entity or as an innovator, takes time, courage, faith, thick skin, and perseverance. Whether rejected in selling a song, script, invention, product, or service, we as humans all face the same obstacles, more or less.

Having dealt with my weight and body dysmorphia my entire life, I tried the Strawberry Laser procedure and was hooked. I invested, was trained, certified, found a medical director, secured medical malpractice insurance and now, have worked in chiropractors offices as well as my new location in Santa Monica with an MD psychiatrist to further help people. There are ups and downs, busy and slow moments. I keep the faith and new doors open. The struggles are outweighed by the gratitude expressed by clients and patients.  Work is work, owning and running a business is business more than the specialty of the service. There are many turning parts that constantly need attention to keep the wheel turning.

Please tell us about your work.
As previously discussed, I am a psychic, healer and metaphysician. I specialize in spiritual and metaphysical guidance, healing and direction for people. Recently, I began an extension of my practice to include Strawberry Laser Lipo to contour the body and expedite inch and fat loss where diet and exercise alone may not be enough.  What sets me apart from others is that few psychics are academically advanced like I am, few grew a national and international presence before the internet and few offer the combined products and services I do as an integrated spiritual health and wellness practitioner. And, even fewer have a candle magic line, which by the way, was on cable TV in 2008-09.

I hired Kris Jenner to be the spokesperson at the time.  Shortly after our production, she signed with E! and KUWTH was born.  The candles work.  They are part Santeria and part Kabbalah.  I made my candle magic line mainstream and removed any occult association.  I help people spiritually and the testimonies speak for themselves.  I have a first draft of my story for a movie on spirituality and how it all happened to me with 3 near death experiences. I have yet to find the producer or production team to see the experience and put the message out there…maybe someone here will read and be enlightened as I have done for so many over the last few decades.

Do you look back particularly fondly on any memories from childhood?
My favorite memories from childhood include learning the guitar at age nine, being a Girl Scout and going away to Girl Scout Camp for weeks at a time. Whether in Angeles Crest Forest or on Catalina Island, I loved scouting. My passion in music continued through junior college when I turned more academic.  I retuned to music over the years and regrettably, did turn down a record deal offer.  The timing was off.  I think about that often.

In 1970, our parents took us out of school and the family went to Japan for 3 1/2 weeks. I was 16 years old and in 11th grade.  That was quite a highlight never to forgot.  My parents owned a business and had a convention in Tokyo.  We traveled the country and learned a lot about the culture and food.  That was before Sushi bars were popular here in Los Angeles.

Other favorite childhood memories were family dinners for birthdays, Jewish High Holidays or Thanksgiving. Most relatives, including my mother, are gone at this point but the gathering of our small family still holds a special place in the pocket of my heart.  Thankfully, my very active and healthy 90-year-old father is still here and lives with his girlfriend.  I see him often and am blessed for that. 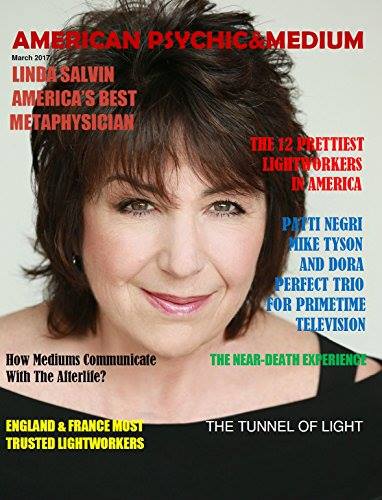 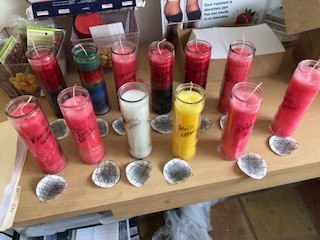 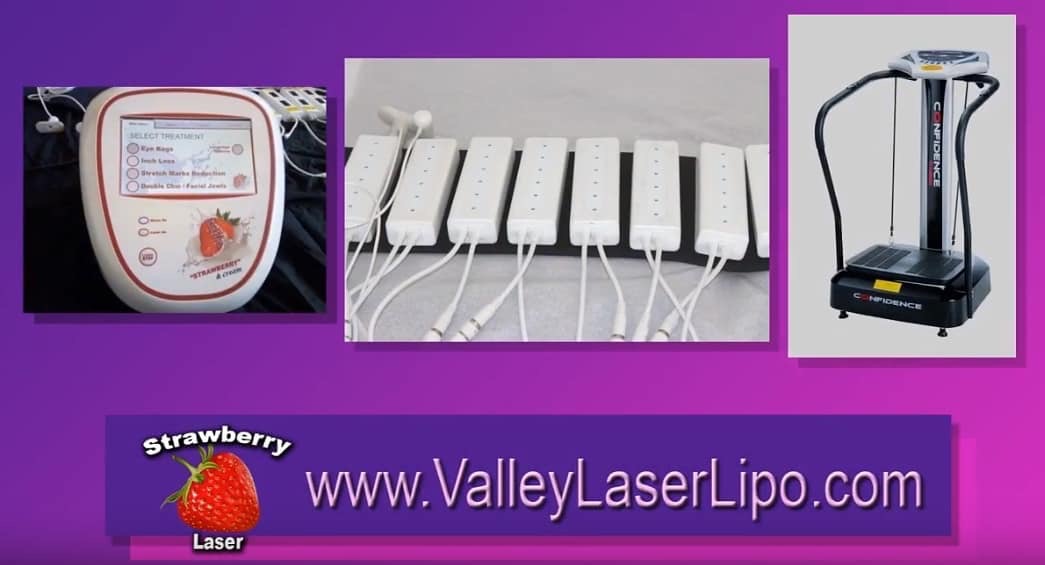 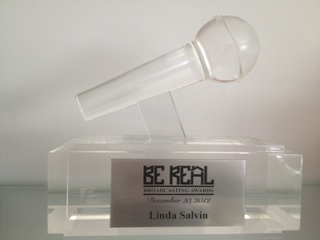 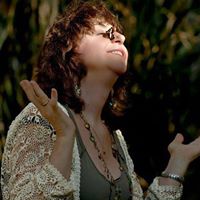 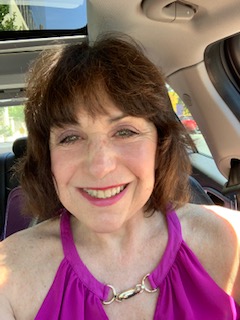