Meet David Freeman of The Africa Channel in North Hollywood

Today we’d like to introduce you to David Freeman.

Thanks for sharing your story with us David. So, let’s start at the beginning and we can move on from there.
I got my start oddly enough by carrying a portfolio around, but animation was my initial field of choice. I yearned to become a character artist. In that portfolio was a batch of drawings I kept just in case I ever came across an employment opportunity.

Needless to say, that day never came. However, two gentlemen (who are now my good friends) noticed my portfolio and included me in the formation of an indie production business. Aside from applying my drawing and design skills when needed, I learned how to shoot a camera, light an interview, and record audio.

As fate would dictate, the father of a bat mitzvah we were videotaping just happened to be a production company executive. He noticed our work and hired us as cameramen for one of his firm’s reality shows.

From that point on, I was introduced to the wonderful world of “freelancing” and a WIDE variety of film and tv jobs. That, in turn, led to editing, which began by cutting a music video together for a local rap act (okay, my brothers, but it still counts). That caught the attention of a small blog site owner who hired me to edit a series of profile pieces for her YouTube channel.

As the saying goes, the rest is history. Editing gradually became my main source of income. And to this day, it’s still a passion I thought I’d never have.

We’re always bombarded by how great it is to pursue your passion, etc. – but we’ve spoken with enough people to know that it’s not always easy. Overall, would you say things have been easy for you?
Oh… it was NOT easy, let’s be real… In Hollywood, most of your jobs come by way of referral… or simply knowing someone on the “inside.” But when you’re starting out, it’s the “spec work” (or favors) that can put you in a position for real pay. Let’s just say… I did a LOT of favor work. And as we all know… landlords, creditors, and grocery stores DO NOT ACCEPT FAVORS.

So for quite a while, I had to make ends meet the laborious way; waiting tables, filming birthdays and weddings, the random odd jobs that “paid under the table.” And to compound matters… I was a divorced father of a young son. There were times when we BOTH were on a family’s or friend’s couch. Shame, despair, and self-doubt were recurring emotions. It was at times, quite unbearable… to the point where I naturally thought, “I should just quit.”

But for some strange reason… I kept at it. Deep down, there was this flame of creativity – albeit small – that just kept … burning. And I just couldn’t ignore it, even if it meant sleeping on couches.

We’d love to hear more about what you do.
I am now (gainfully) employed as a fulltime editor and producer at the Africa Channel, a small television network specializing in entertainment and content produced by, for, and with Africans in America and throughout the world., with an emphasis on culture, travel, and lifestyle.

I mainly edit promotional content for both our on-air and digital platforms but have also produced everything from short-form profile pieces .. to full-length broadcast series’.

Apparently, I have a “style” of sorts that my co-workers affectionately call “Freemanizing”; the act of applying a certain ‘je ne sais quoi’ to a piece that only I can. I guess that’s a compliment.

But the highlight of my tenure there has been and will always be my trips to Africa. Each time I’ve gone has been more impressive than the last. I believe it’s what motivates such “Freemanization,” and I’ll never forget it.

What were you like growing up?
Hmm. Growing up… Well, according to my mother I was quite the quiet, shy, loner type.

Apparently, I could – and would – entertain myself a lot. I’m the first born so I suppose it was a fitting act. But I rarely “shook things up.” Did everything by the book. Never had a fight (outside of my siblings). Got good grades. Did my chores.

LOVED video games, Star Wars, Three’s Company (not to mention, quite the odd obsession with ‘Xanadu’ ?? don’t ask). And of course… drawing.

To this day, I am told my rendering of ‘Tony the Tiger’ was borderline Picasso, lol. I liked playing with other kids though, and I did have friends. But overall… I was just your average, mild-mannered kid. 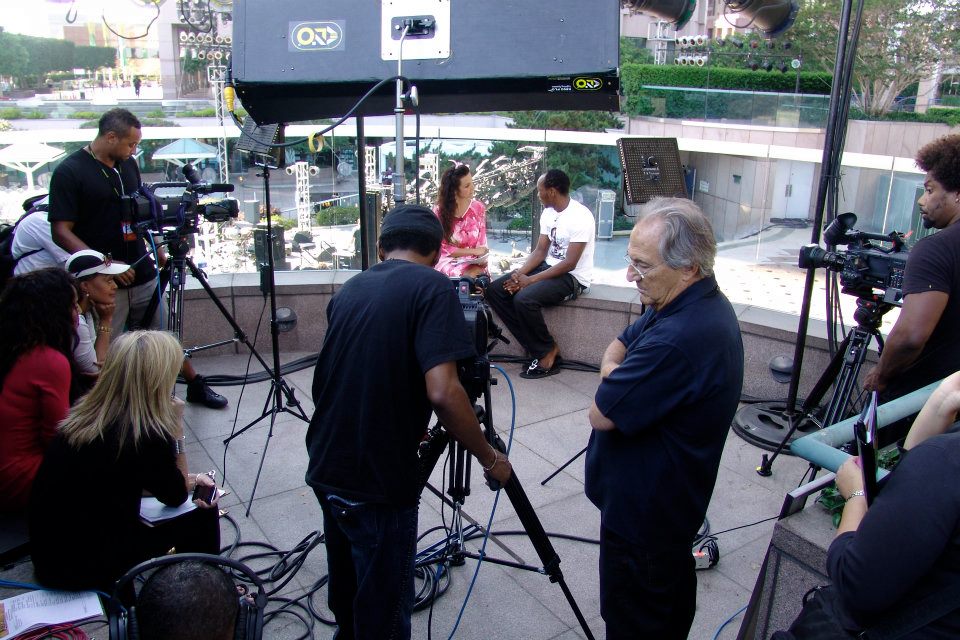 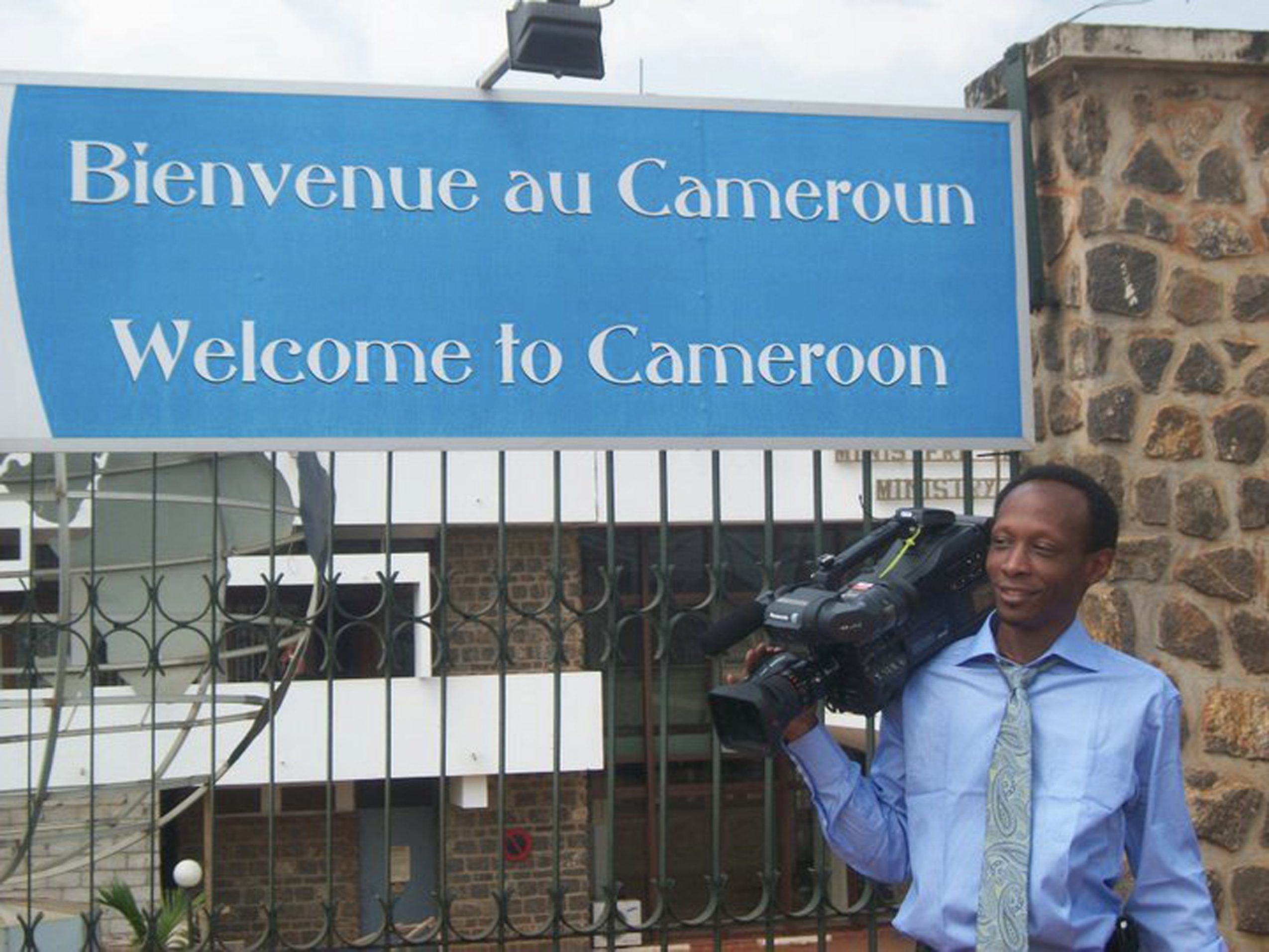 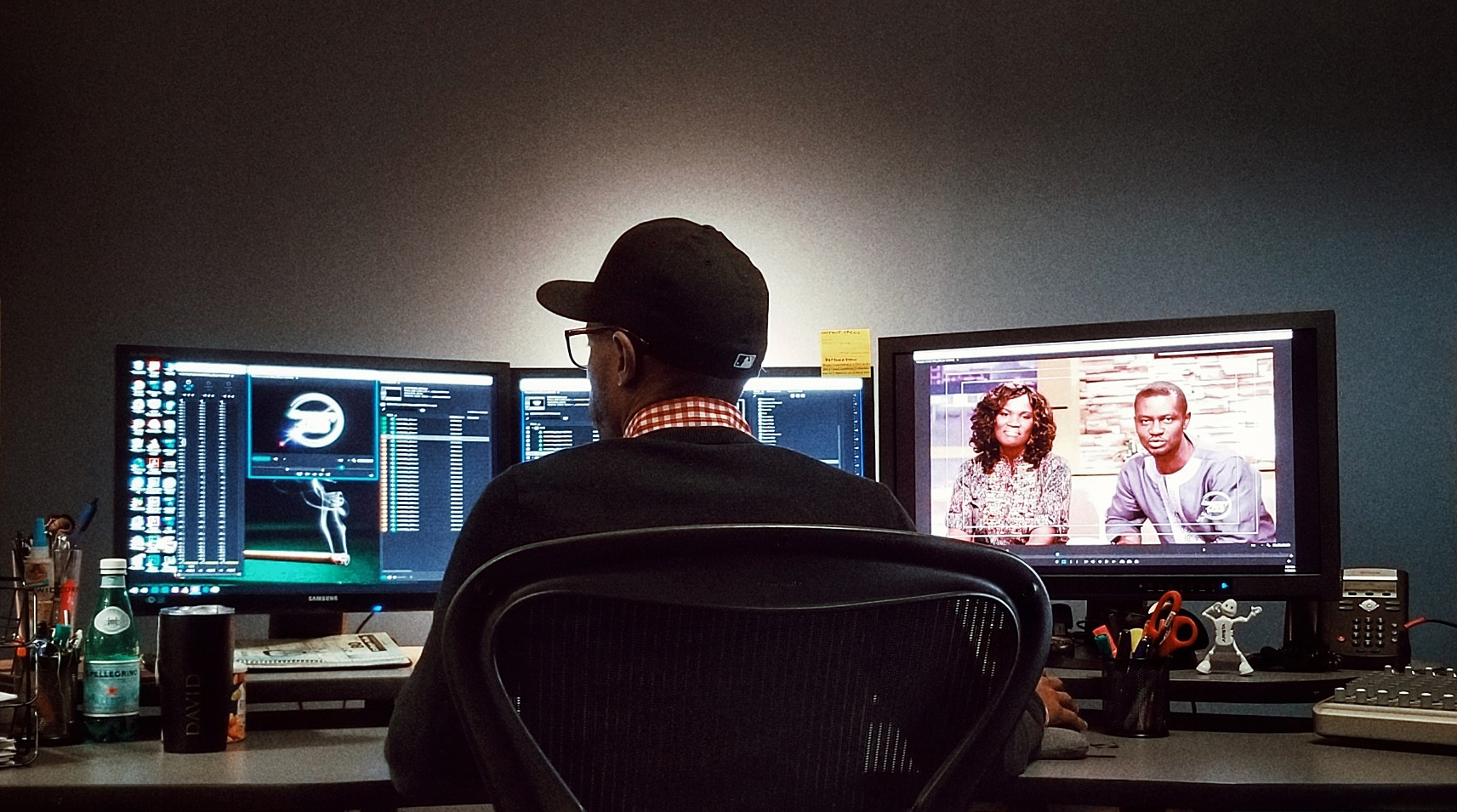 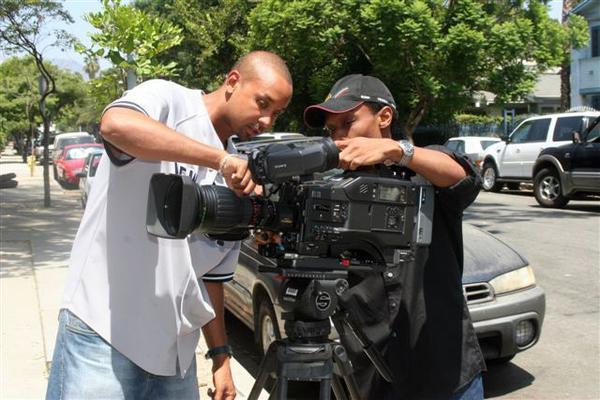 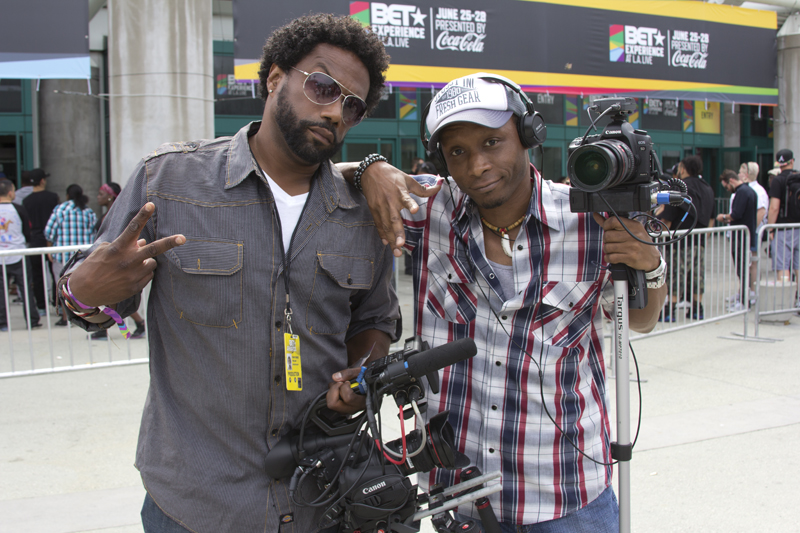 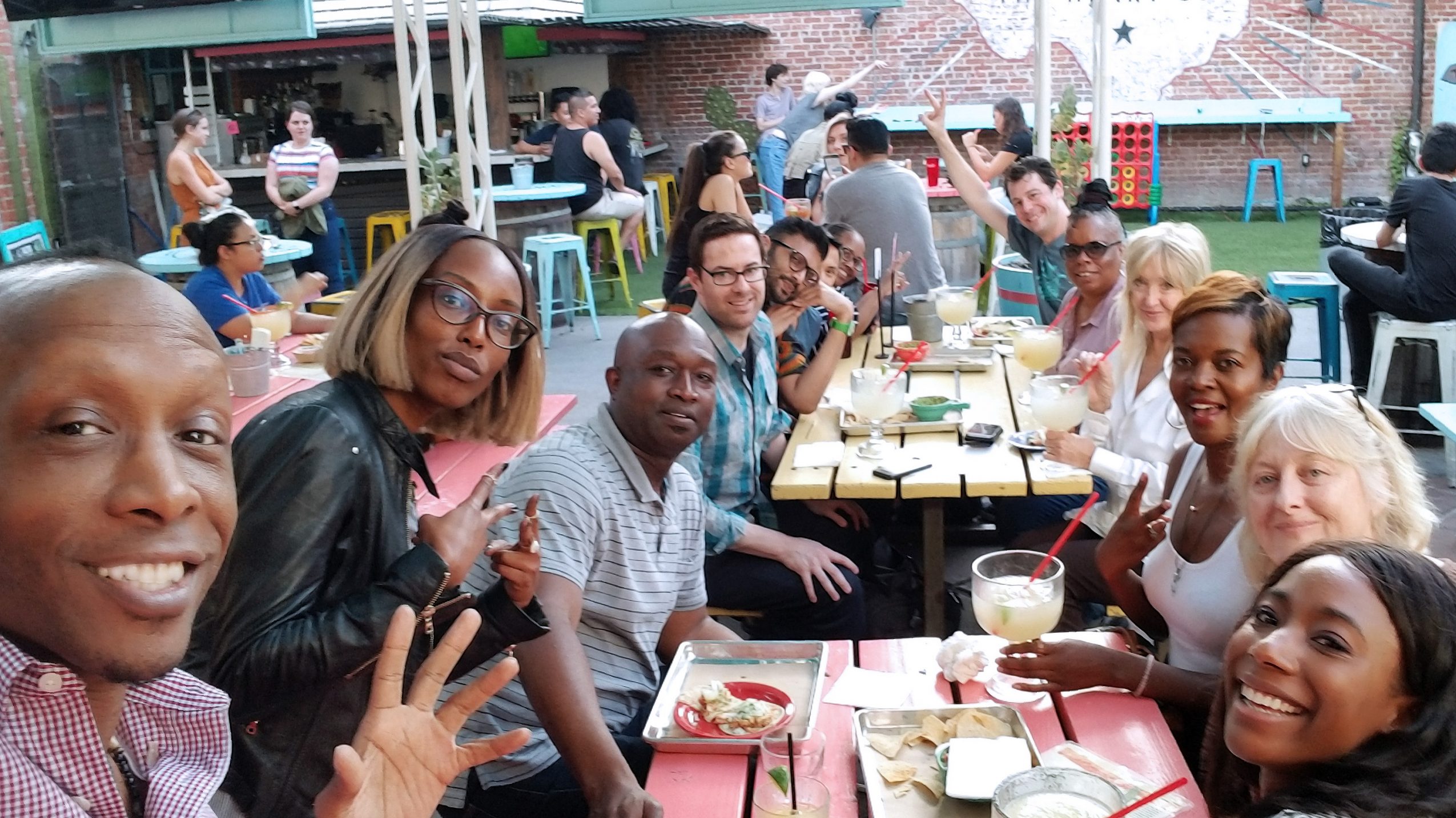 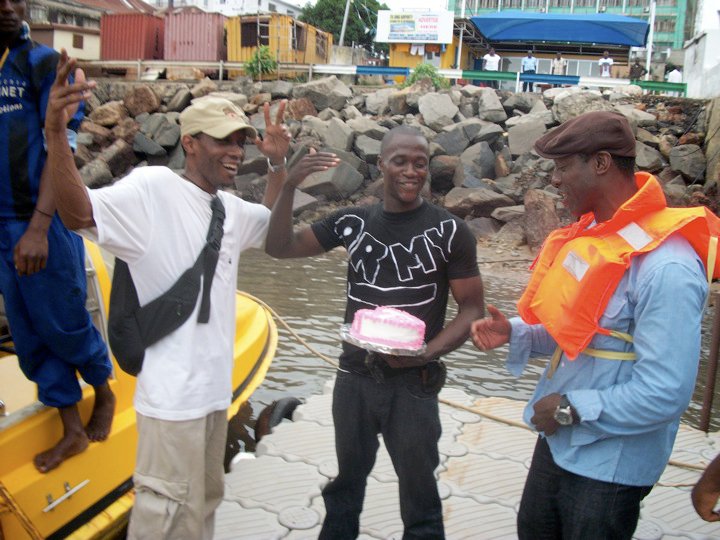