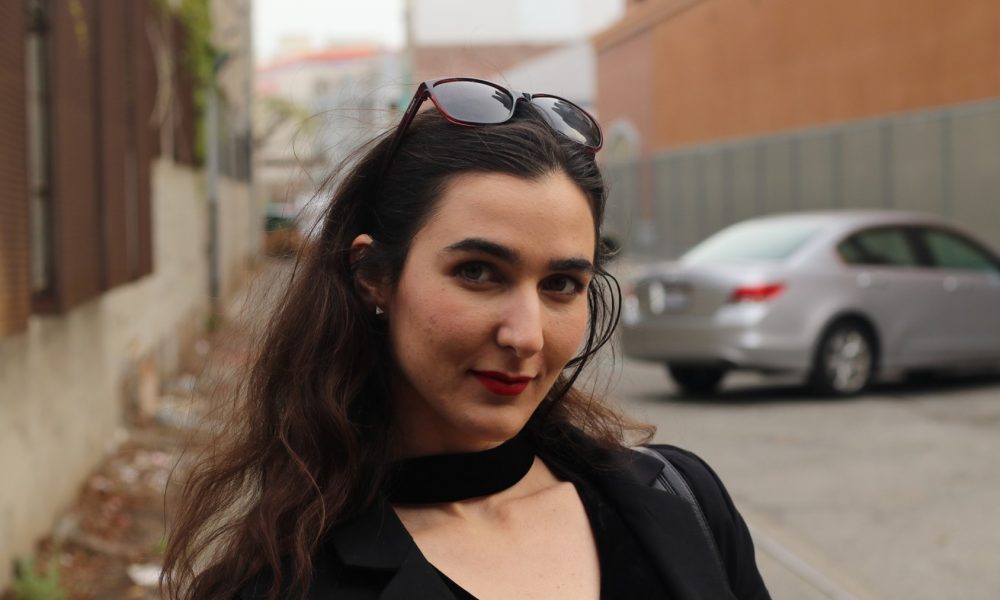 Today we’d like to introduce you to Danielle Segen.

Thanks for sharing your story with us Danielle. So, let’s start at the beginning and we can move on from there.
Music has always been a part of my life – when we were young, my three siblings and I would always end up singing together, and it just so happened that our four voices made a full quartet! I started actually training in voice, I think when I was about ten years old, and it has been the path I’ve walked ever since then. There has never really been a moment where I considered pursuing anything else, and I have never regretted that choice.

There have been wonderful teachers who got me to where I am today, most recently my professor Juliana Gondek at UCLA where I completed my Master of Music degree in 2016. Finishing out my studies, and performing on stage in operas and concerts at school really cemented that music and performing was something was something I had to have in my life.

It was at UCLA that I became a part of the VEM Ensemble, which started out for me as a scholarship opportunity to help with tuition at school but it very quickly grew into so much more, and it has really become a lasting part of who I am as an artist.

Great, so let’s dig a little deeper into the story – has it been an easy path overall and if not, what were the challenges you’ve had to overcome?
I imagine it must be a nearly universal experience for artists to have some amount of impostor syndrome in our careers and I am certainly no different. As a singer especially, where your instrument is a part of one’s physiology, I have found that the rejections along the way, be they auditions for which you didn’t make the cut or gigs that don’t hire you back, can feel like a judgment not only on one’s artistry but on who you are at a fundamental level. It can be pretty brutal, to be totally honest! But you pick yourself back up and keep focused on the successes, and it propels you to whatever may be next.

When it comes to my work with VEM, it was a bit of an uphill climb at first – jumping in and learning to sing in an entirely new language. However, I had amazing support along the way working with Vatsche Barsoumian at Lark Musical Society and with our director, Movses Pogossian. Once I was able to get my mouth around the sounds of Armenian it became such a rewarding experience, and I was able to really dive into the repertoire.

VEM Ensemble – what should we know? What do you do best? What sets you apart from the competition?
The VEM Ensemble is a facet of the Armenian Music Program at UCLA, and it consists of a graduate-in-residence string quartet from the school with myself as the vocalist. We specialize in the performance of Armenian repertoire – a musical tradition that spans the centuries from ancient odes called “taghs” to new music by living Armenian composers being commissioned specifically for us.

We perform locally on concert stages including Zipper Hall and at the Hammer Museum, and we also take our performances abroad in concert tours across the US and around the world. Of course, with everything that is going on right now a lot of those live performances are on an indefinite hold, but we are still very much planning on how to keep moving forward. Let’s just say, there have been a lot of Zoom meetings going on!

Our purpose is to celebrate the diversity of Armenian music and culture and share it not only in the local Armenian community but to also raise awareness outside of those of us already familiar with it. I know this may sound a bit like wishful thinking but I really think these encounters with something new help to forge connections that strengthen communities and encourage us to care more about each other on deeper levels.

What moment in your career do you look back most fondly on?
There have been so many moments with VEM that have made me incredibly proud of what we do, be that bringing live music to local schools or bringing new works to life… but one of our more recent lasting achievements is also a bit of a first for me – being featured on the recently released CD, Modulation Necklace. We spent the better part of the year working closely with local composer Artashes Kartalyan on his new work “Tekeyan Triptych” and got to be a part of the process as the work grew and transformed into what is on the recording. Modulation Necklace as a whole is a thoughtfully curated collection of works by some of the most relevant Armenian composers of today, and definitely worth a listen! 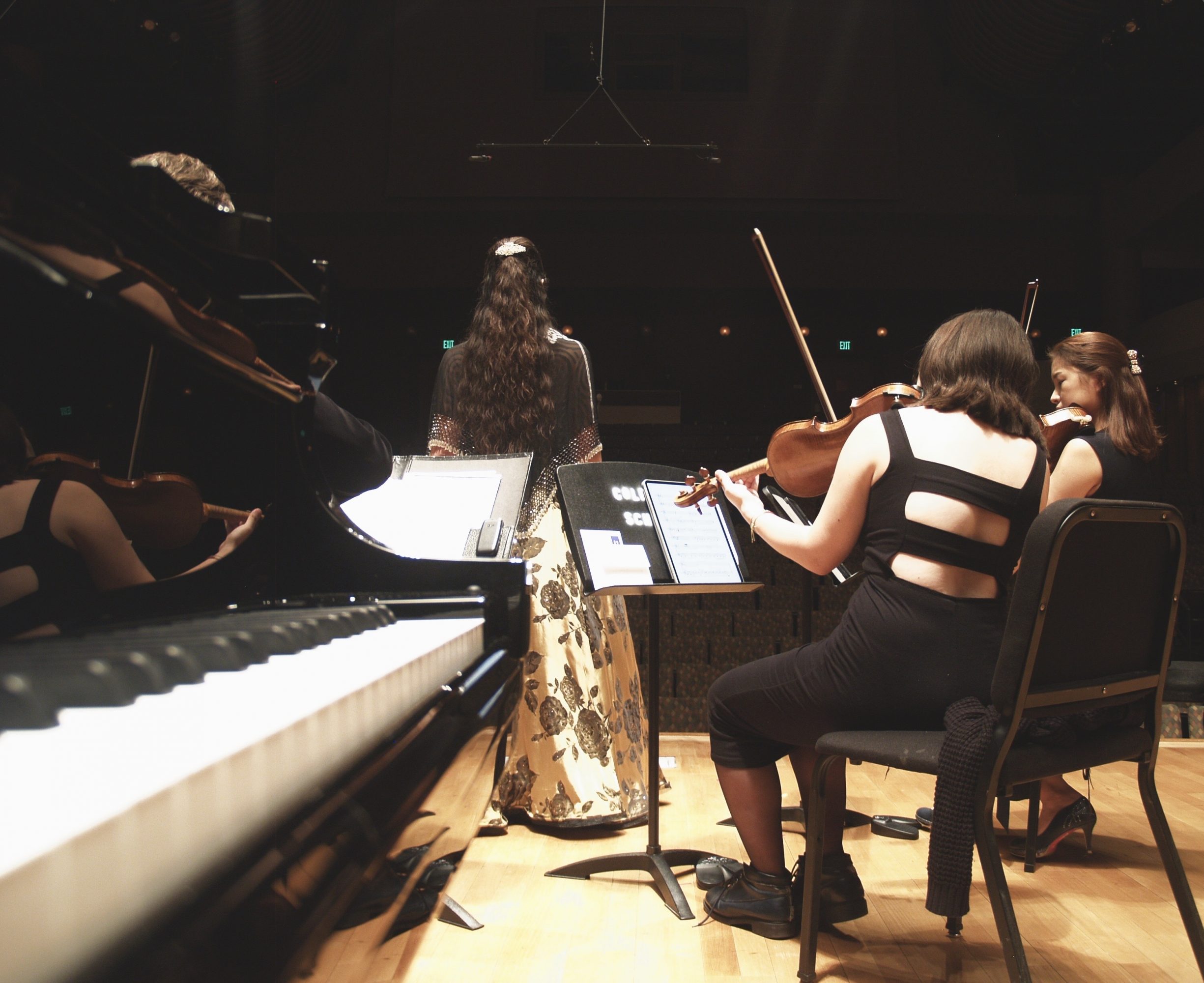 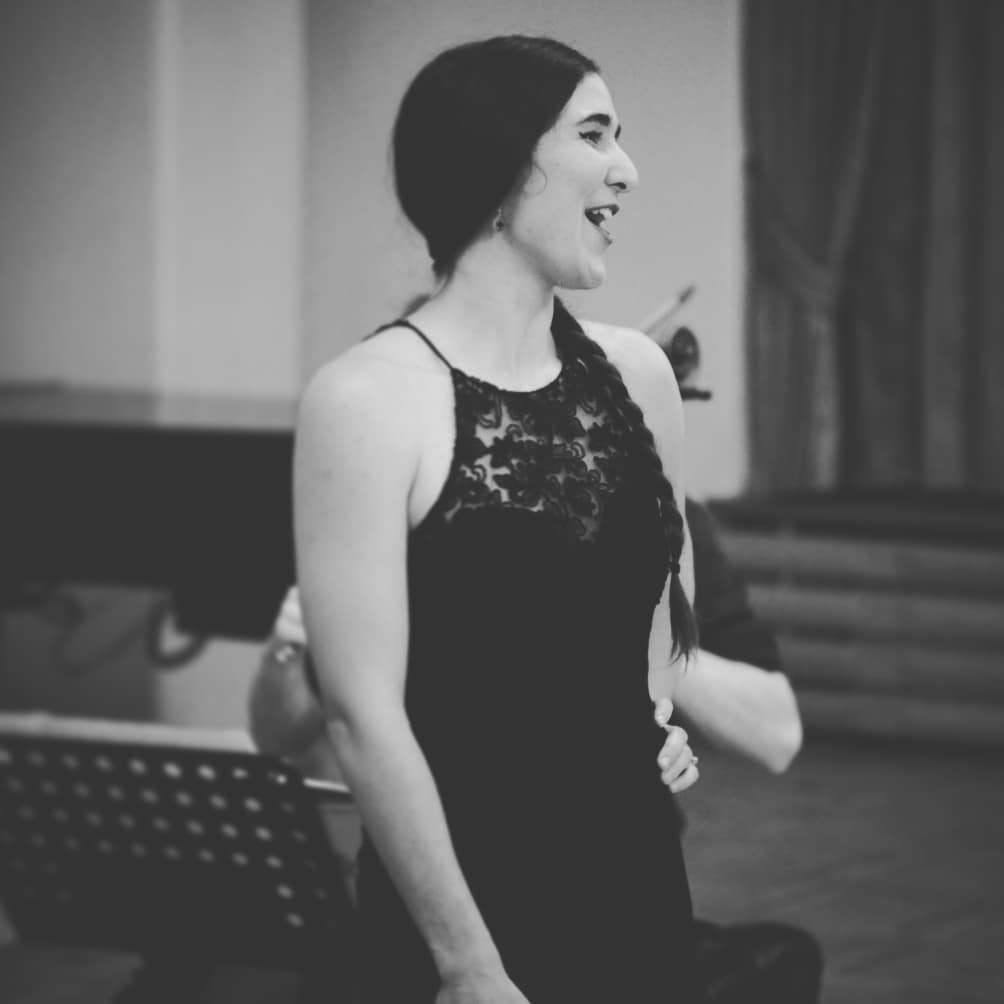 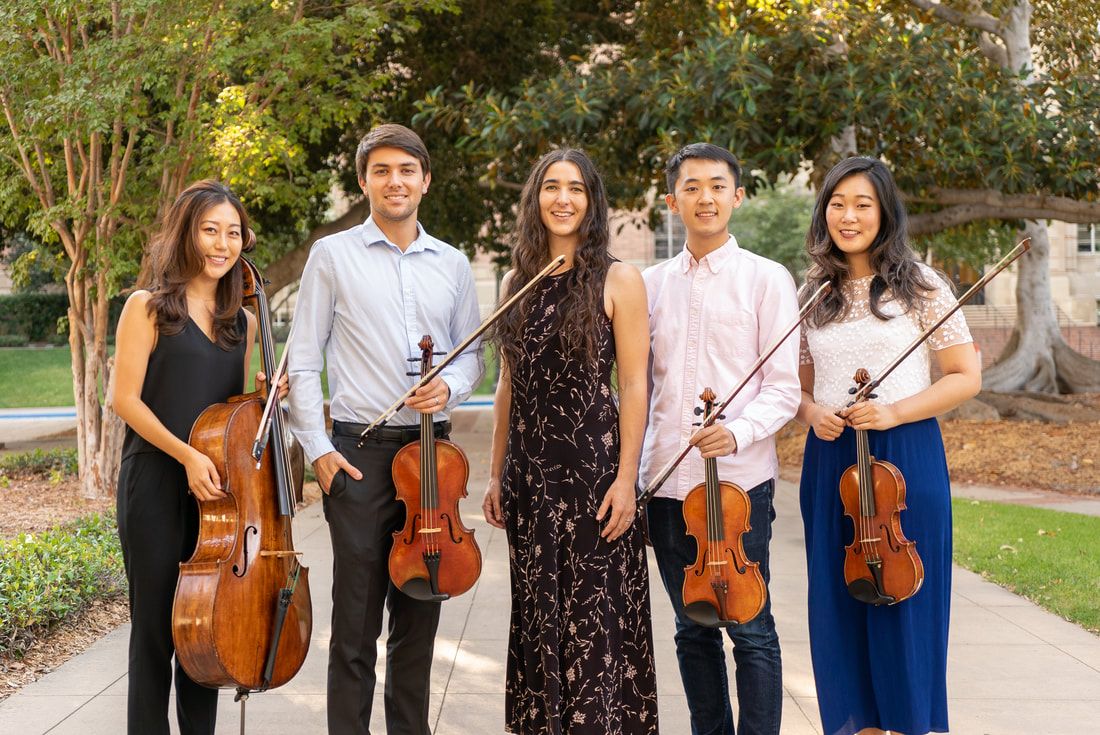 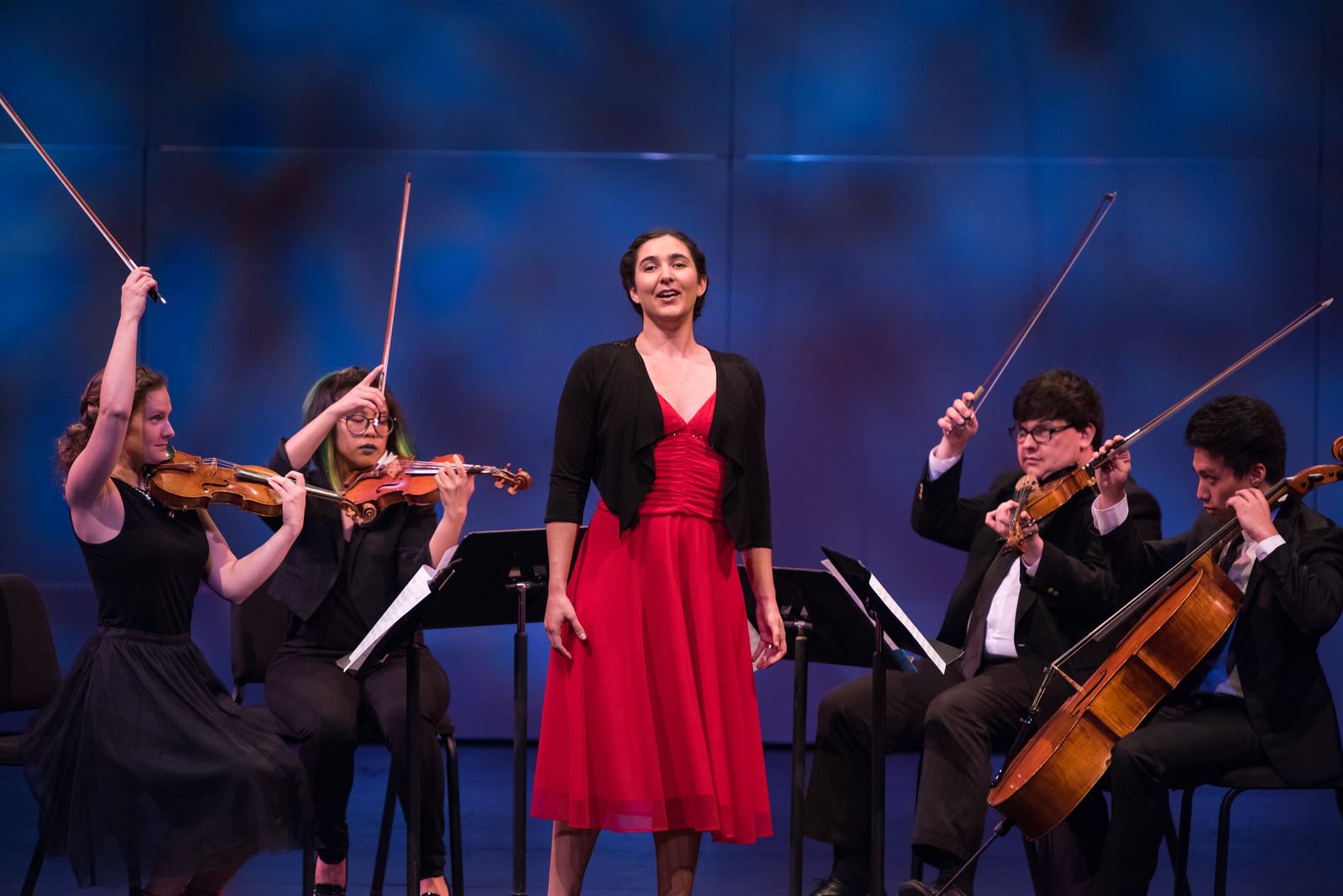 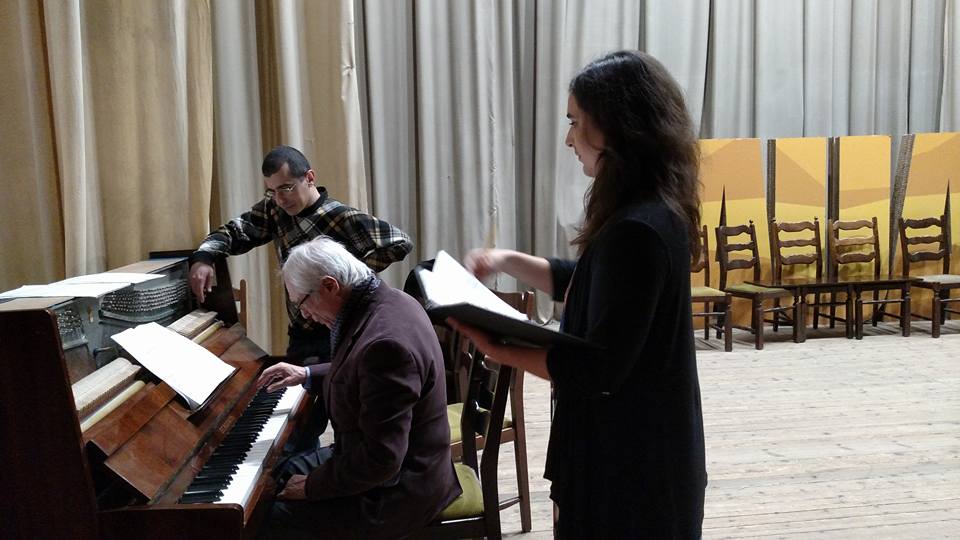