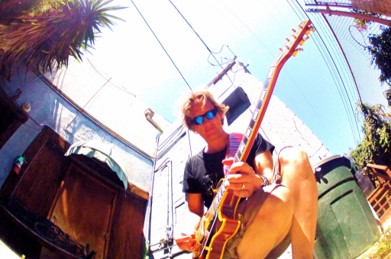 Today we’d like to introduce you to Craig Parker Adams.

Thanks for sharing your story with us Craig Parker. So, let’s start at the beginning and we can move on from there.
My story begins at three thirty-something in the morning on Tuesday, December third, nineteen sixty-eight when I was born to my teenage mother and unknown father and was immediately put up for adoption and sent off to Foster Care. Fortunately, not long after I was adopted by the greatest parents on Earth and was given a brand new family and a home with a real shot at Life’s opportunities. I was now the youngest of a family of five and albeit each with unrelated D.N.A. we all still somehow magically loved music. We did have very different musical tastes in terms of styles from one another but that ended up an extremely important attribute to the early years of my Life and not just musically but more all-encompassing. You could call it an optimistic exposure to possibilities or, maybe more like an exposure to optimistic possibilities, ha! Either way music was always going to be the focus in my Life (I had already known that folks did too) and all the way up until about ten years out of High School it was, but, it was completely based around the guitar and my guitar playing alone.

Oddly enough it was on the journey of trying to create and maintain a great band that I would unknowingly tap into all of the other areas that music & the creating process thereof encompasses to offer. I started paying more attention to the writing of music as a whole and also to the sonics of the recordings in a more profound way. Think quantum. Think molecular. I was becoming aware of all of the subtle details that I used to ignore and were now somehow beginning to openly reveal themselves to me at every moment and at every turn. After several recording experiences I started to see things that I couldn’t see before and somehow at that time it became quite clear to me that if I was to achieve what it was that I could feel in my bones & hear in my head, then I was going to have to do it myself. All of it!

So, I started learning the technical aspects of what it was that I was doing simply by doing. It was hands-on, trial and error, bit by bit, piece by piece, project by project, mentor by mentor. I ended up acquiring one of the oldest existing (and haunted in a good way) sound recording studios in the world and the equipment to fill it up and thus, so it began. My very own creative space was on its way to becoming known as Winslow Ct (means home, the street I grew up on) and I didn’t even know it. Word of mouth. I never planned on putting my own musical interests on the back burner of my Life. I never aspired to have a thriving recording studio business working with legends, locals and incredibly talented artists from across the Earth. I never aspired to have first-hand proximity (side by side) experiences learning directly from diverse apex artists of all kinds year after year decade after decade. The greatest technical engineers, producers, writers, singers, actors, directors, musicians of every stripe and even a handful of savants and a couple of idols to cap it all off has sort of been about nine miles beyond phenomenal.

It’s been twenty-two years of recording hundreds of records and thousands of sessions with super cool artists from literally all around the world sharing one Enriching experience after another. That’s it. I could of never dream t of such personal Enrichment nor do I recollect ever doing so. I never planned on putting my own musical interests on the back burner of my Life and as it turns out, I didn’t! The proverbial pot of gold from this rainbow is already beyond bucket runneth over level and with hindsight (and in this moment) I can say, it’s been nothing short of priceless and, I get to take it with.

Has it been a smooth road?
The recording studio business and of course the music business is an up and down affair and especially over the last twenty years. Music companies and the dwindling budgets they let out have been through the ringer and Los Angeles itself has gone through many tough situations over the last twenty years as well that have also contributed to the wild ride of fluxes in the business. It was repeat business and word of mouth referrals plus the support and networking of the people that I know in the business that made it possible for me & my peers to stay afloat over the last two decades. Another major factor to navigating on through it all was the constant understanding, love, and support from my wife, Maria. Having my best friend on my side really helps with staying at it in the times where it seems all so easy to just shut it down and roll. Mentors are worth mentioning as well for enduring the hard times. Bless em.

So, as you know, we’re impressed with Winslow Ct Studio – tell our readers more, for example what you’re most proud of and what sets you apart from others.
I specialize in all aspects of audio production from ground up to completion at the Grammy-level and beyond. I specialize and am responsible for capturing moments in an authentic and pure way and I do it in a one hundred years old acoustically designed historic Hollywood studio that I’ve had for twenty-two years. I’m known for providing the atmosphere to capture whatever is to be hunted. This has to do with the amazing location and it is part and parcel as to why I have any clients at all. I have some clients at the Grammy-level where we’ve made fourteen full-length albums together. I have several long term repeat clients that I’ve worked with for almost two decades and I never once commercially advertised my skills or my studio. It was all word of mouth and that is my strongest attribute business wise two decades later. Ultimately I specialize in delivering to others by attracting and capturing what the artist requests and I do it efficiently, comfortably and I do it affordably. You know what they say, “speed, price, quality, pick two!”.

Do you look back particularly fondly on any memories from childhood?
As somebody who comes from a family where there is no similar D.N.A. to look, connect or speak to, it’s interesting to note that an important memory did come back to me one day a few years back while I was working on my “Vistahle Buel” record when from out of nowhere it just hit me with (take a knee level) emotion and profound gratitude. I recalled one Christmas morning when I was a little kid and actually got to experience perfect harmonious family bliss… full on! True story! Everything about the moment and situation just came bursting out through me and there I was reliving it. I was completely overcome with appreciation for the remembrance of that experience and somehow ever since it’s left a grace on my Being by always remembering how lucky I am. I hope every Being gets to have a similar experience to what I would call perfect family bliss (or the like). 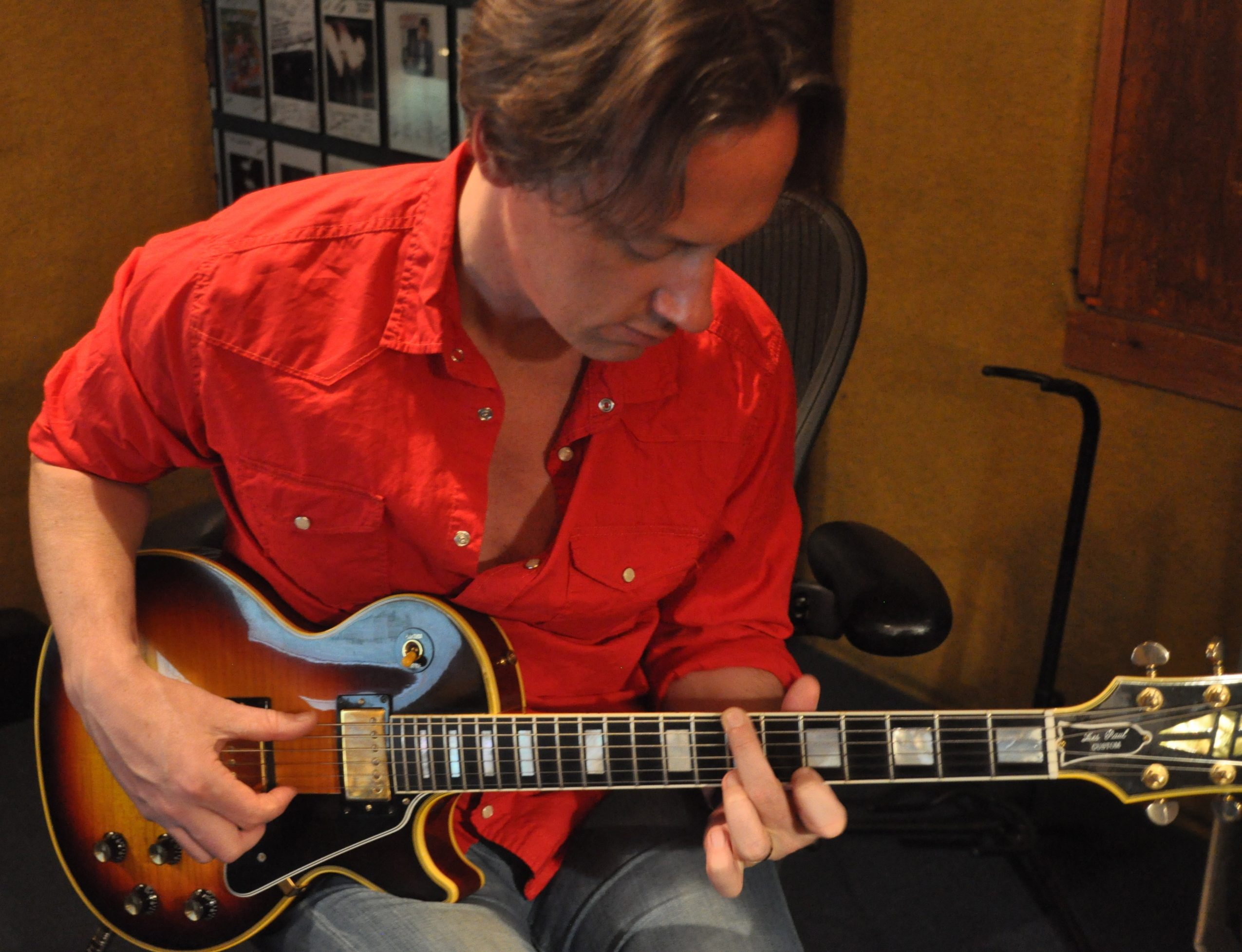 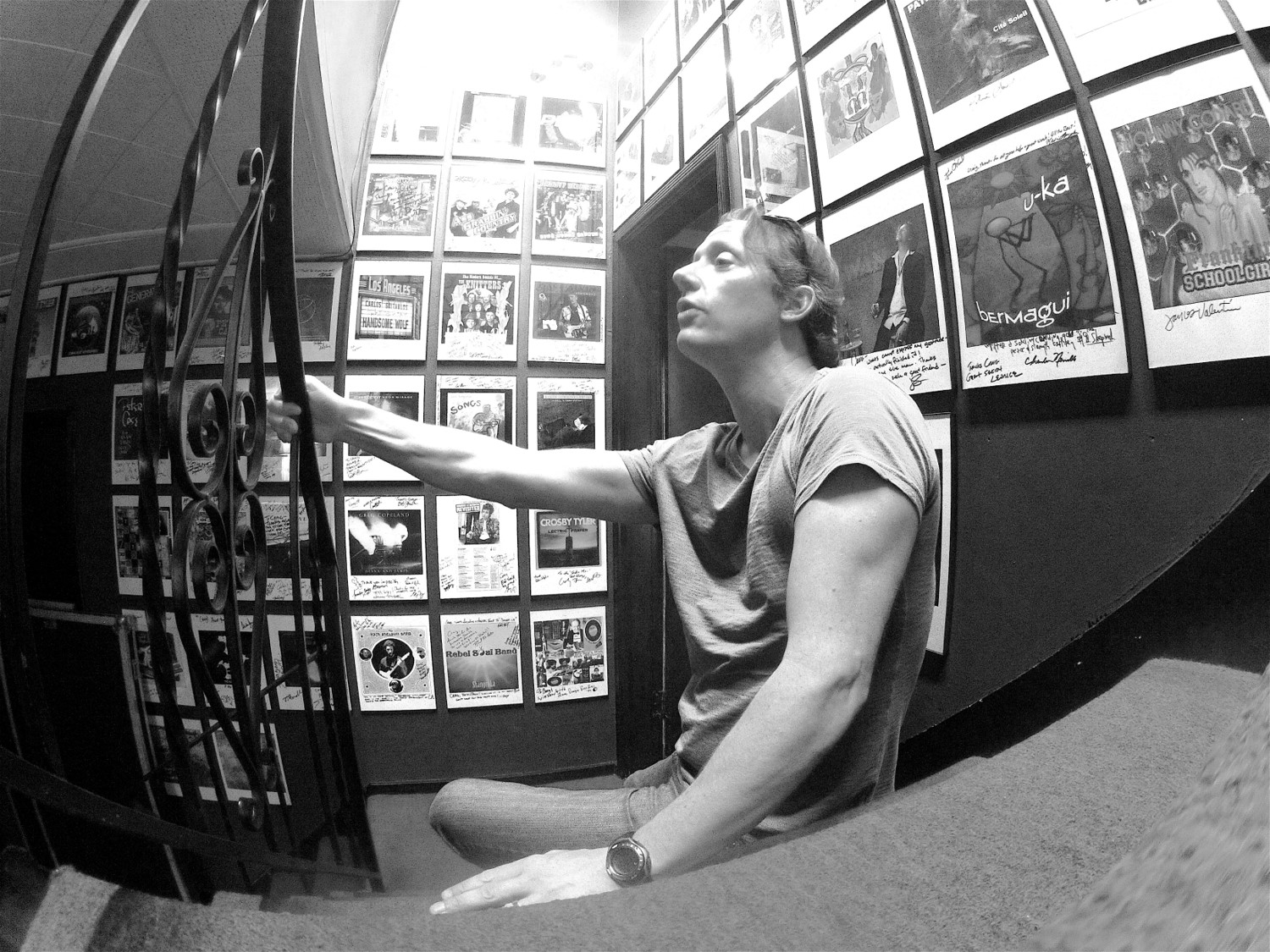 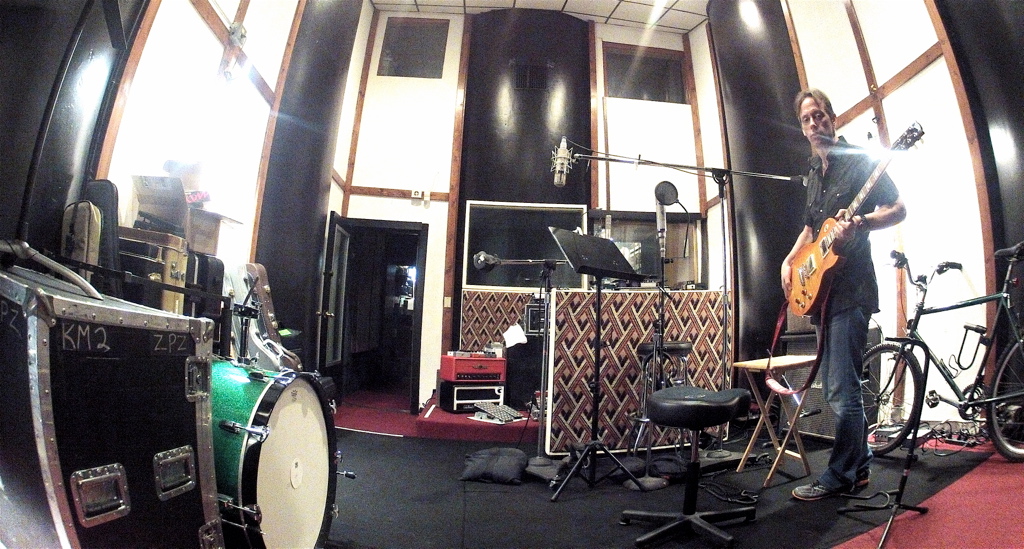 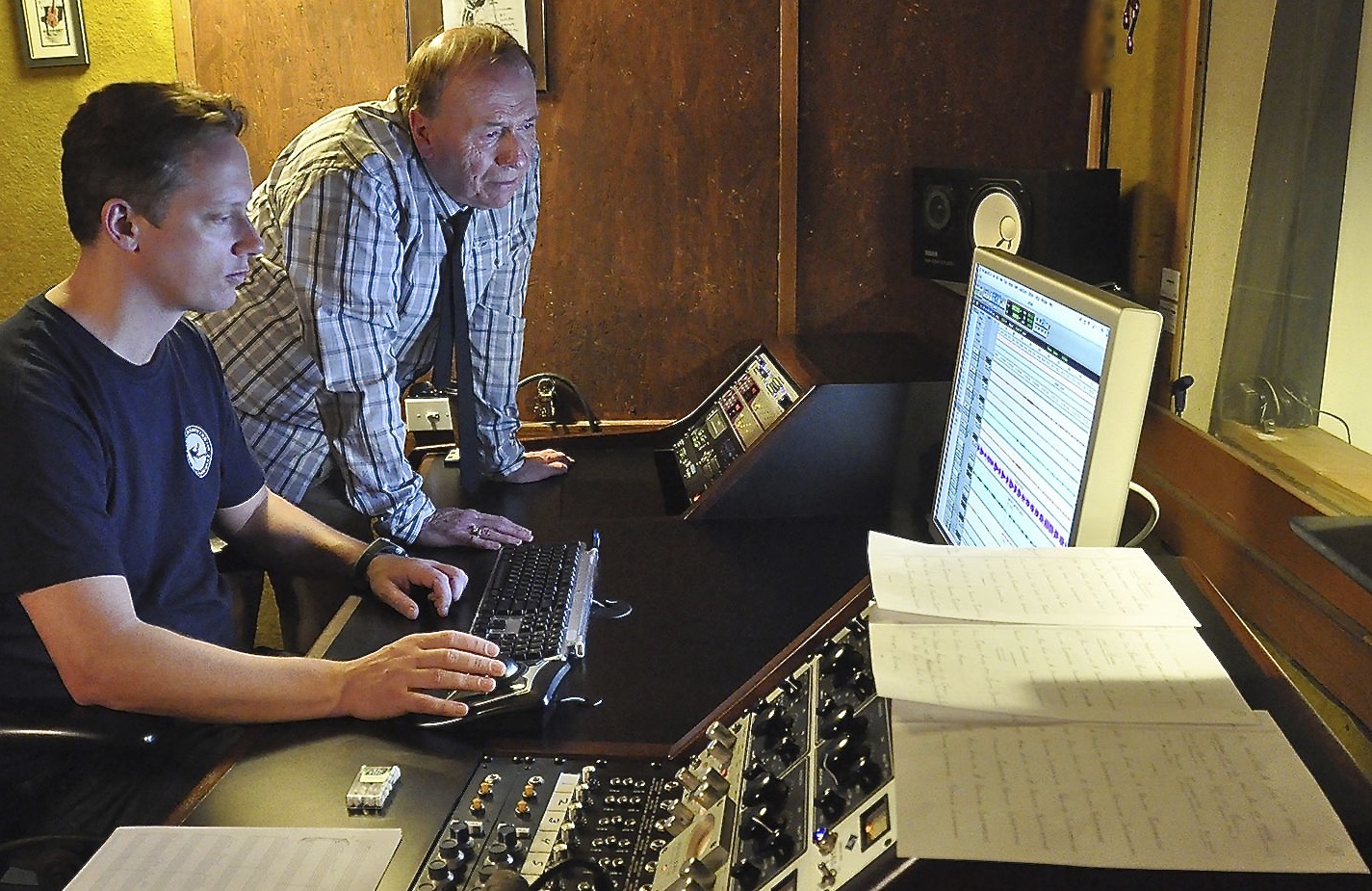 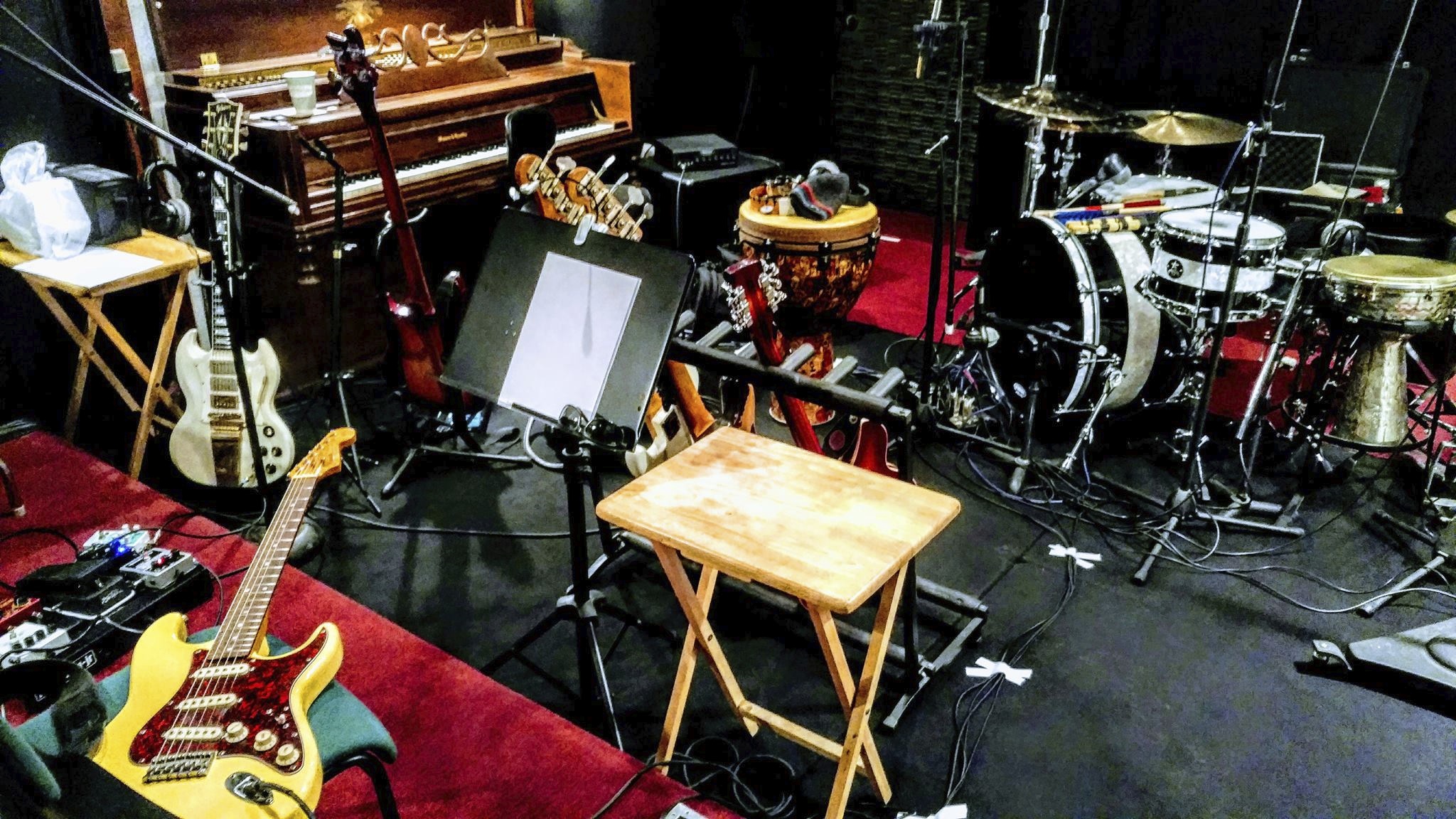 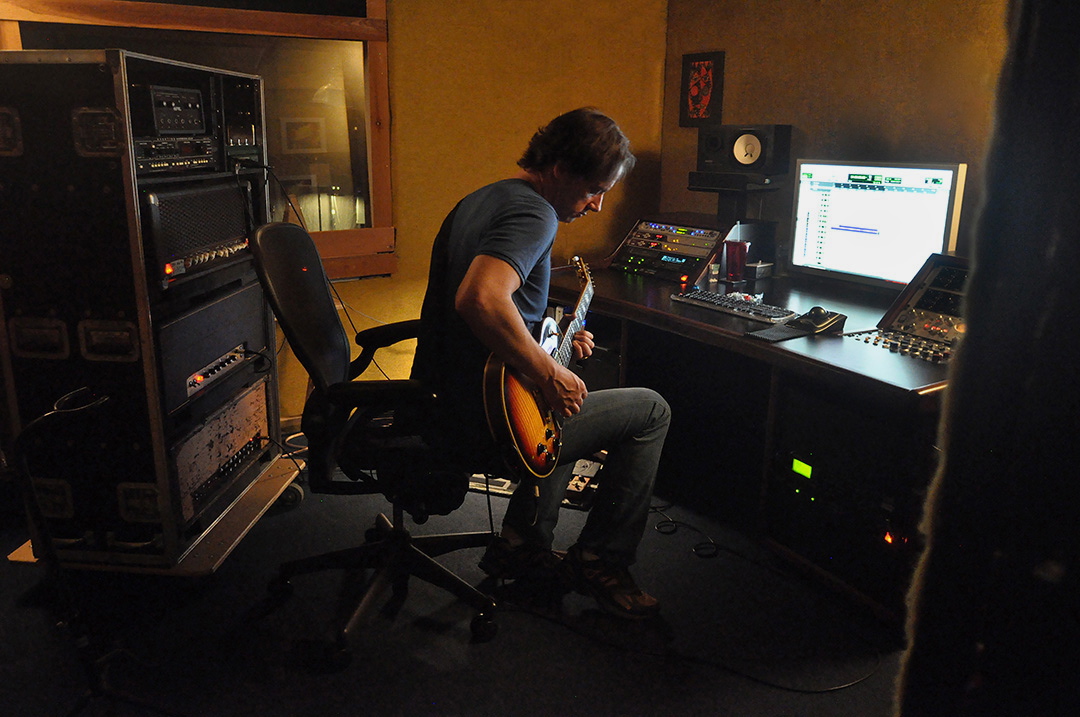