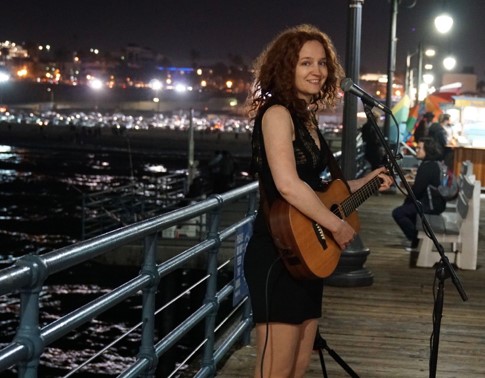 Today we’d like to introduce you to Clare Means.

Clare, please share your story with us. How did you get to where you are today?
My interest in music started when my older sister gave me a guitar for my birthday. I immediately began looking up chords and learning Bob Dylan and Lucinda Williams songs. I would noodle around on the guitar for hours everyday. A couple of months later, I went through my first major break up and started writing songs of my own. I wrote about the breakup and then I wrote about family, friends, and experiences from my childhood, etc. I just started writing about whatever I could think of, mostly things from personal experiences or experiences I saw others go through. Soon after learning guitar, I moved to Los Angeles.

One of my best friends I met at an open mic in the first year of living in LA. She was working at Guitar Center and suggested that we go in together on a battery-powered sound system and perform on the third street promenade in Santa Monica. I also had met another friend at an open mic and he suggested a studio that I could record in. I quickly recorded four songs. I burned the four songs to a CD and used a sharpie to put my name on it and took copies of it out to third street to sell as I performed. I went out there and performed all of my originals that I had written so far. I quickly became addicted and started street performing a few times a week. Eventually, I was making more money street performing than I was at my waitressing job and that’s when I quit waitressing and started doing music full time.

Since then I’ve released three full-length studio albums (Sidewalk Astronomy, War for Love and White Bamboo) as well as a couple of original kids music albums, a holiday music album, and a few live albums. A lot changed for me in 2015 when I began live streaming all of my shows and street performances on Periscope. The community on Periscope was so encouraging and embraced my original music. I got a few followers who had large followings and they would share me out. Eventually, I made it onto the trending list and that really helped grow my fan base. I continue to live stream on Periscope almost every day and have been able to tour and record my latest album, Sidewalk Astronomy, thanks to all the support I’ve gotten from the community on there.

Great, so let’s dig a little deeper into the story – has it been an easy path overall and if not, what were the challenges you’ve had to overcome?
I wouldn’t say that it has been a smooth road. Making it in the music industry is tough and street performing is definitely also tough and not the most glamorous gig. I usually street perform in the evening and I’ve met all sorts of characters, I’ve been robbed a few times and I’ve had crazy people get right up in my face and knock over my table and there was a guy that yelled obscenities at me for 15 minutes straight. I’ve also met lots of wonderful people and I realize that I am lucky that I have found a way to do music for a living. I also feel very lucky that I found a wonderful online community through live streaming that has embraced my music. I think some of my struggles have come from the fact that my music doesn’t exactly fit in a box or a certain genre. It’s not pop and it’s not country and it’s not really folk, however, some of my songs border on all of these genres.

I’ve been told by some that my lyrics are a little unusual, however, some of my favorite songwriters have written lyrics that would be considered strange by some so I don’t mind. Who wants to be “normal” anyway? It’s fun to try to say things and convey emotions in new and different ways. A certain street performing venue I used to play at on a regular basis requested that I play more covers and less original music, they also said that some of my songs were weird, and they didn’t offer me certain opportunities that they offered all of the other performers in the program that played more covers. I found this strange because I did really well performing at their venue, I performed there often and sold a lot of CDs and made a lot of fans there, I also liked the people who worked there as well as the other performers and the public seemed to appreciate my music there. This made me realize that too often corporate types underestimate the public and their ability to appreciate new experiences and new music. They tend to push music they feel is “safe” on radio, in certain venues, tv shows, etc. and are too quick to shoot down anything that seems out of the norm or quirky or perhaps what they may consider dark, anything that could in any way seem like a risk. When you look at a lot of the great artists of the past, however, a lot of their songs could definitely be considered weird or dark.

Nowadays we look at shows like the Voice, American Idol, etc. and they push cover songs too and it feels like we musicians have to take a stand for creativity to continue to thrive in the music industry. However, now it’s also easier for musicians to put out music and grow a fan base all on their own without the help of a label so there is an upside to how the business has changed as well. I feel like part of the reason I built up a supportive fan base on periscope is because of the fact that I play mostly originals and because some of my songs are slightly out of the box. I think lots of people appreciate that actually.

Tell us about your company.  What you do, what do you specialize in, what are you known for, etc. What are you most proud of as a company?  What sets you apart from others?
As a singer/songwriter, what I’m most proud of and what I hope sets me apart are my lyrics. I usually spend a lot of time working on lyrics and I try to be as honest and descriptive as possible. I also love metaphors (but try to steer clear of cliches) and I like to sprinkle humor in some of my songs, even some of the most serious ones. I definitely don’t put humor in all my songs but I think it’s a fun challenge when you can take an otherwise sad song and add in something to make people smile.

What has been the proudest moment of your career so far?
One of my favorite moments was when my latest album, Sidewalk Astronomy, reached #1 on the iTunes singer/songwriter charts. Also, the radio play the album has been getting is encouraging! And the Kickstarter that I ran for the album reached $28,000, almost doubling the goal, so that was exciting.

All of these things happened because of the wonderful people I’ve met through music so I’m proud of the community and fanbase I’ve found through periscope, gigging and street performing. As an independent musician, you really aren’t anything without your fans and supporters! 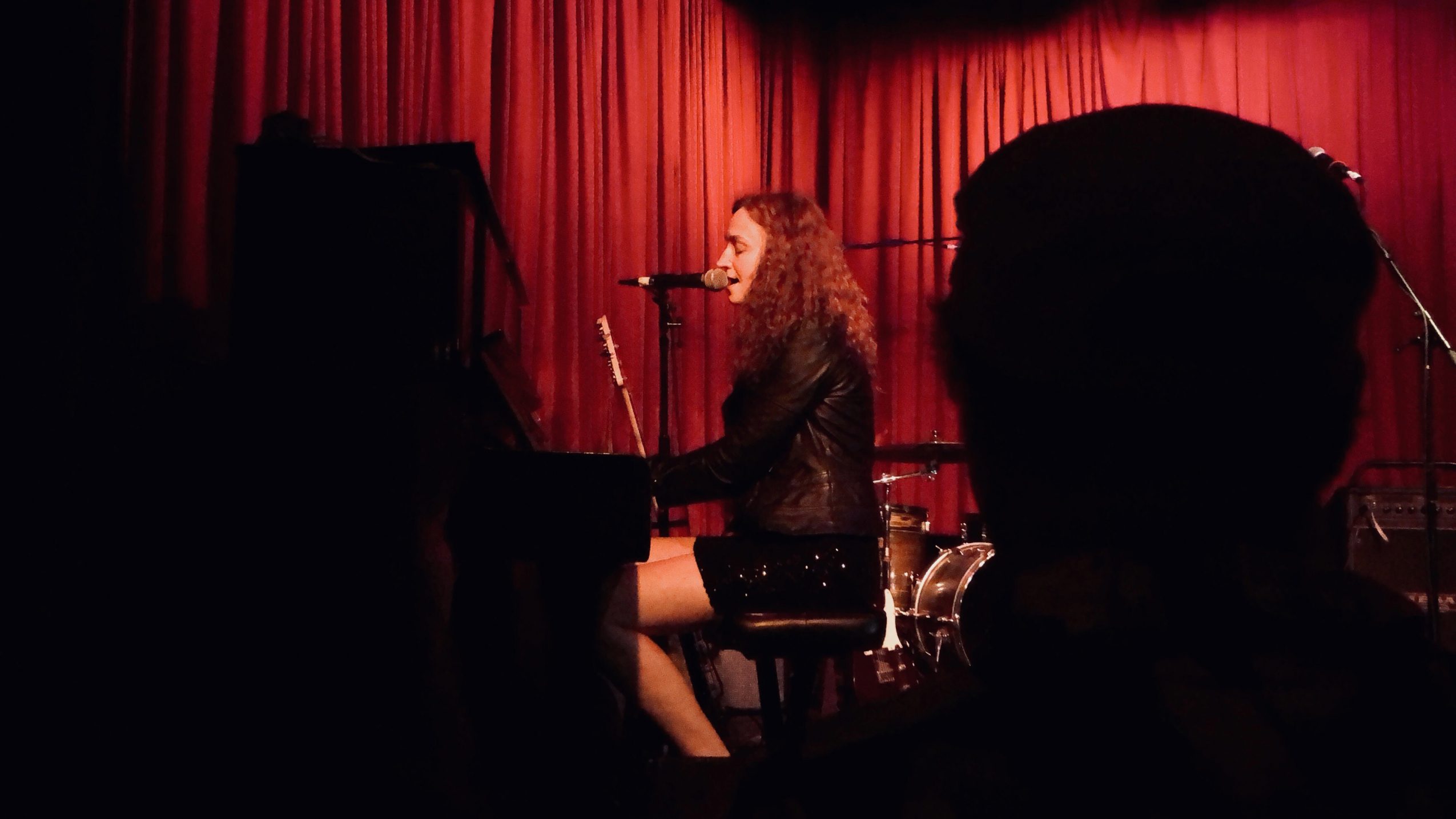 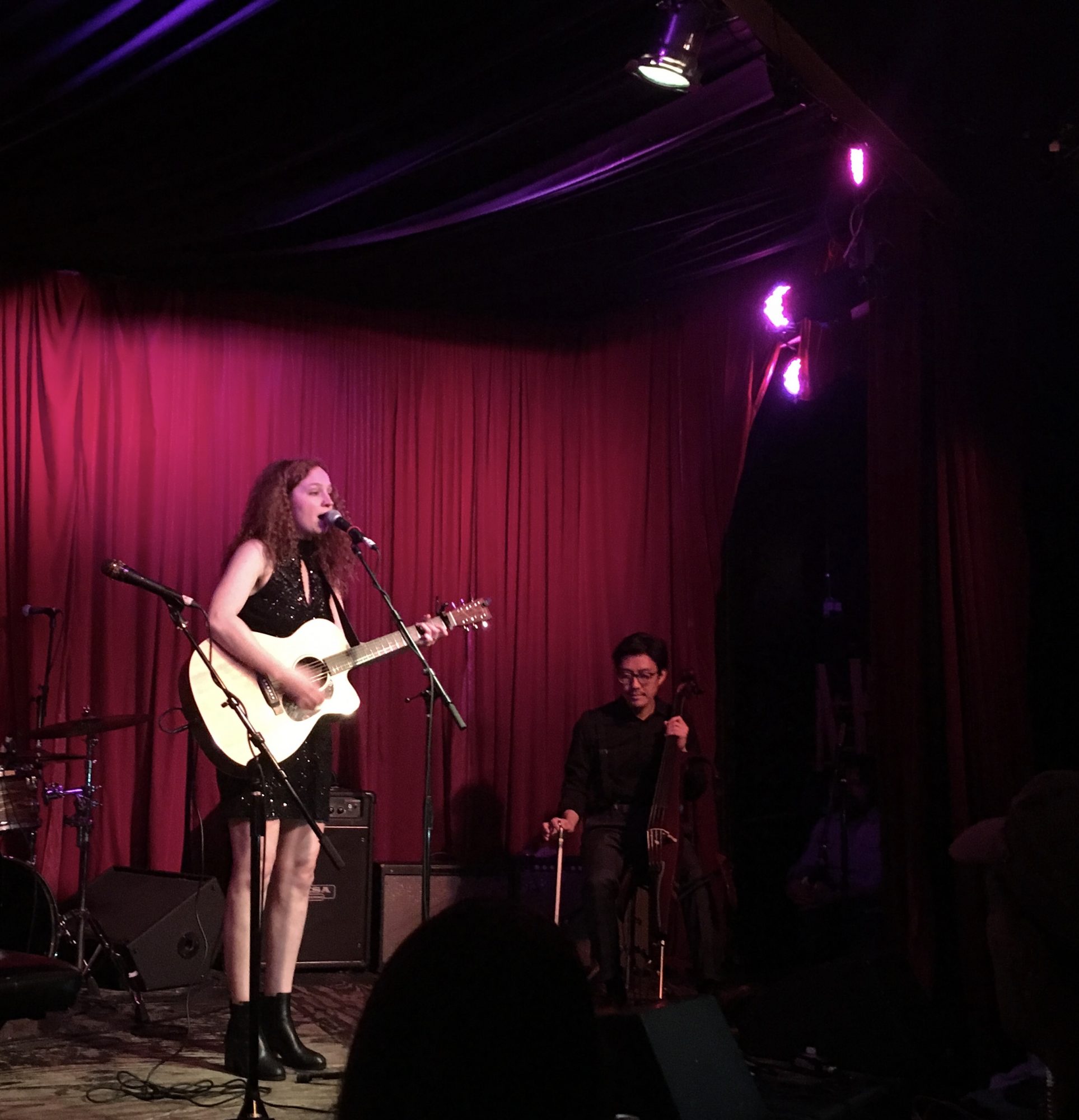 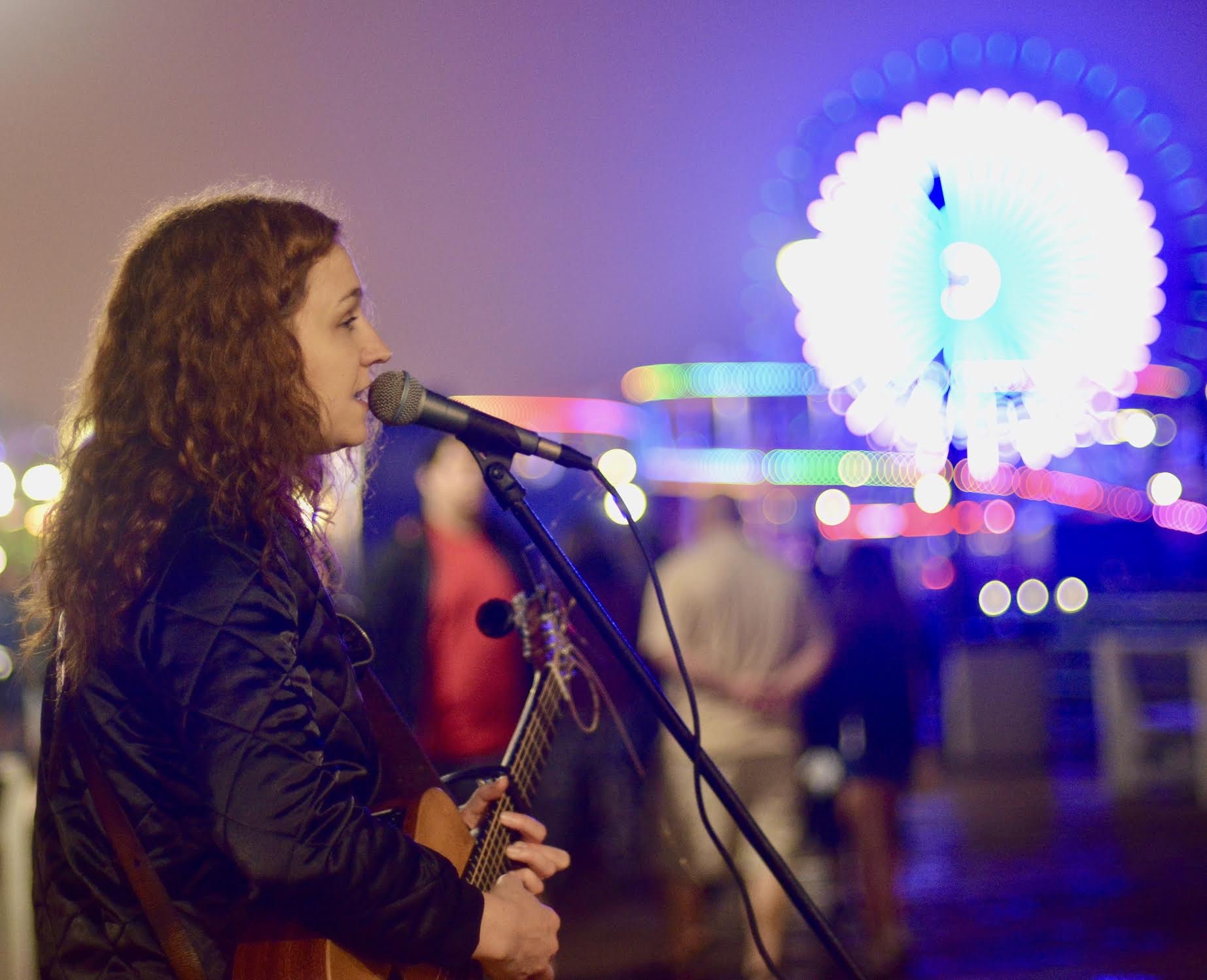 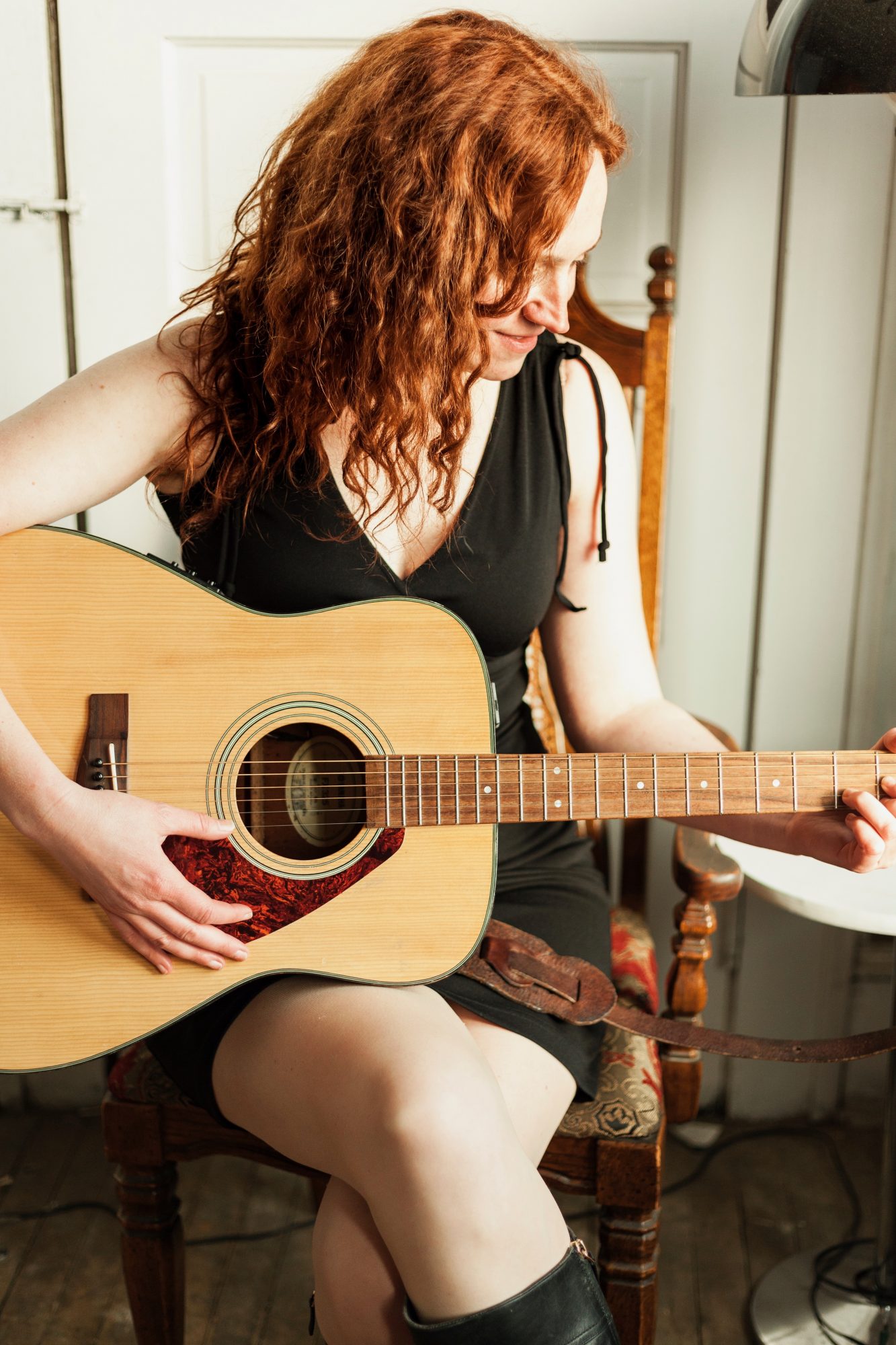 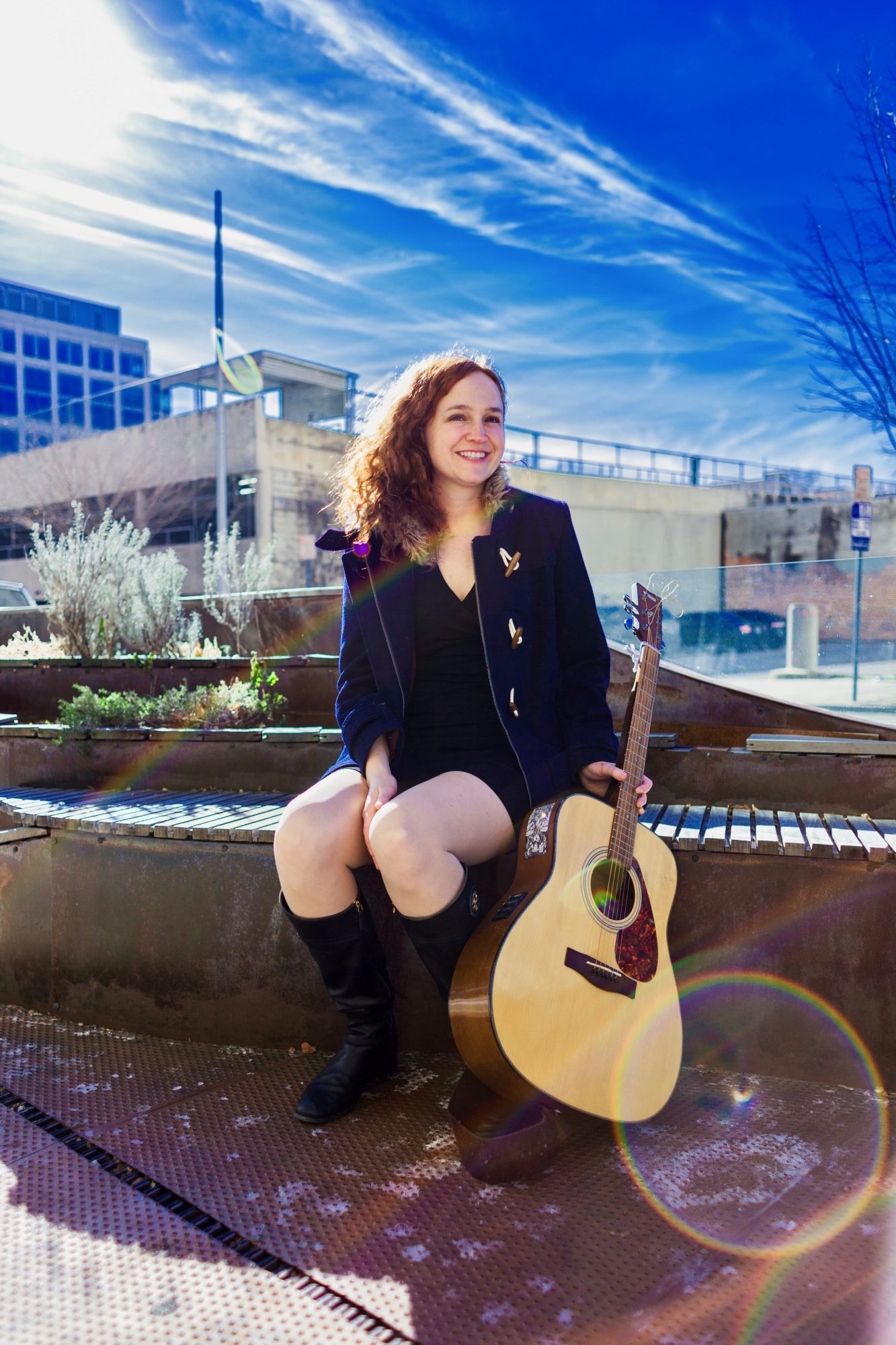 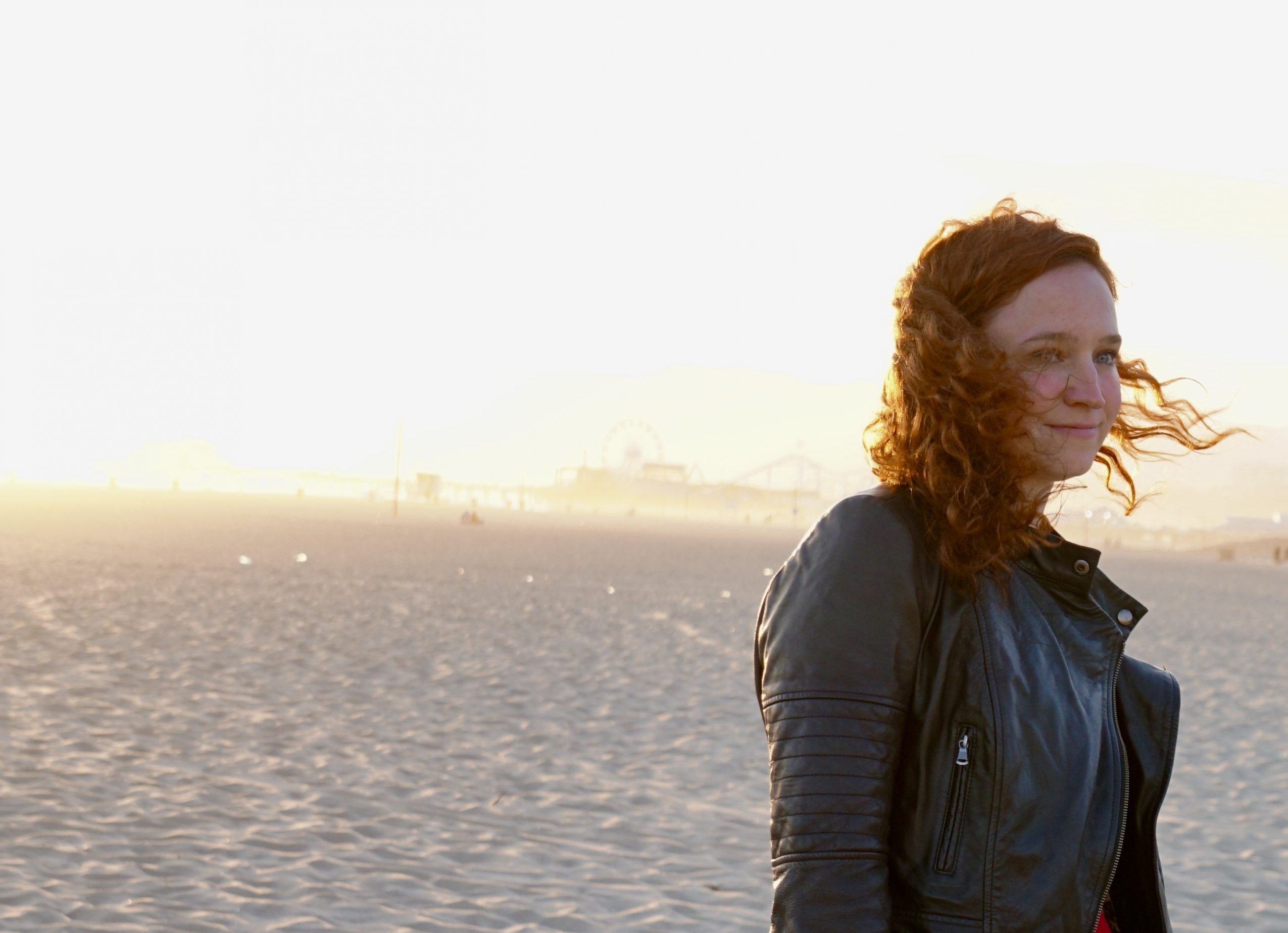 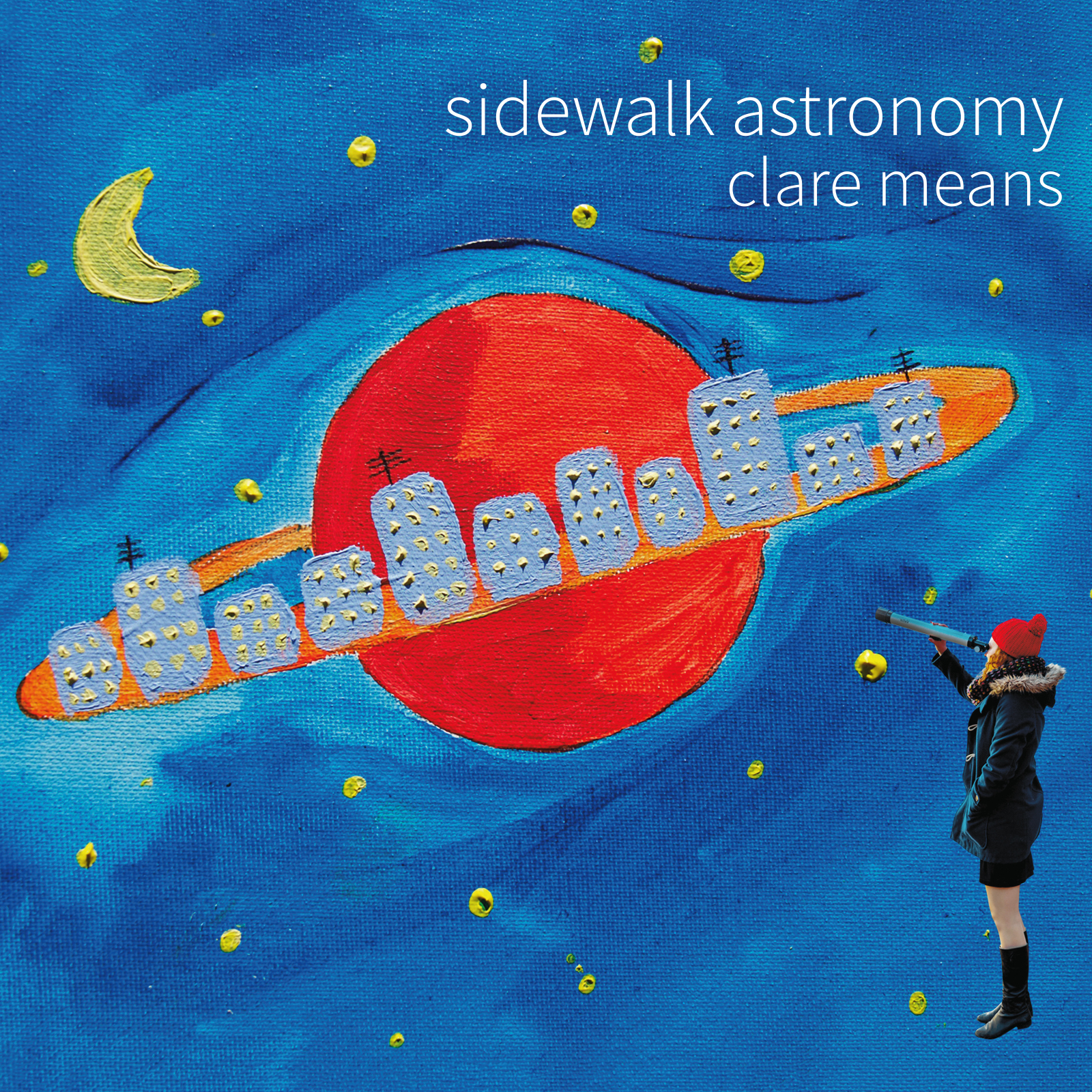