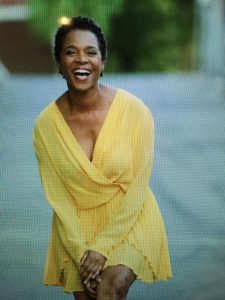 Today we’d like to introduce you to Carnetta Jones.

Thanks for sharing your story with us Carnetta. So, let’s start at the beginning and we can move on from there.
I started out as a child actor doing stage plays in Oakland. My father was an actor. While tagging along with my Dad, I discovered my passion for acting. All through high school and college, I performed in stage plays. After graduation from college, I was signed to a talent agency and began my film and television career. Because I have my master’s in acting, I began training kids and adults in acting. My clients began booking television series and leading film roles. My client list grew and my reputation as an acting coach. I’m still a working actor. I have the best of both works; I can act and teach.

Great, so let’s dig a little deeper into the story – has it been an easy path overall and if not, what were the challenges you’ve had to overcome?
It has been a long and winding road. In regard to my acting career, there’s been times of leanness or abundance, feast or famine. This industry is very much about competition. Actors competing for the same role. I have gotten rejection and had my share of great acting roles. My overall struggle with acting for is making sure that my mental state is positive. Keeping a positive perspective takes the sting out of rejection. I constantly remind myself that it’s not personal – I love acting, its what I’m passionate about!

In terms of acting coach- I feel strongly about the coaching choices I give to my clients. This doesn’t happen often. But if they get negative feedback, I feel horrible. I feel like I’ve failed them. As an acting coach, I’ve been fortunate to consistently work. As a coach on film and television sets as well as do private coaching.

Please tell us about Carnetta Jones Celebrity Acting Coach.
My company is a celebrity acting coaching service. I coach aspiring and seasoned actors of all ages. I transition comedians, singers, musicians and sports figures to professional actors. I’m proud of having the opportunity to coach celebrities as Snoop Dogg, Macy Gray, Meagan Good, and newest break out stars Lexi Underwood of ‘Little Fires Everywhere’ and Ozie Nzeribe of ‘Swagger’, a tv series executive produced by Kevin Durant. What sets me apart from other acting coaches is my openness about by Faith and the inclusion of prayer. Prayer is essential to success and keeping sane. I know where my help comes from and who’s my source of creativity and direction. When I include the element of prayer, it changes the atmosphere and improves a person’s ability and attitude. I truly depend on Jesus Christ for inspiration and wisdom.

Do you look back particularly fondly on any memories from childhood?
My favorite memory of childhood is performing the stage play of Bye Bye Birdie! My father played the lead role! And I was part of the chorus. Being on stage with my Dad and hearing the audience’s applause was the most wonderful feeling. I was so proud of my Dad doing an excellent job of singing, dancing and acting. I was so proud of being apart of an ensemble cast who inspired the audience to engage and feel! 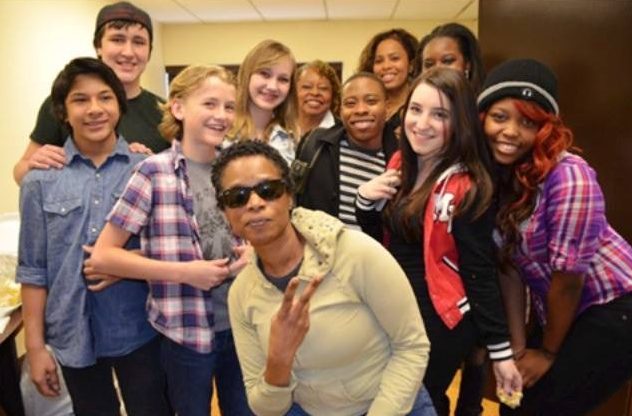