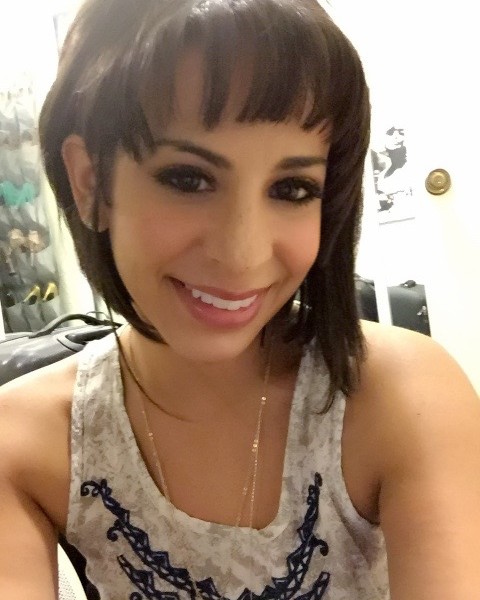 Today we’d like to introduce you to Meghan Sanchez. She is certified by Elite Permanent Makeup School in LA.

Meghan , please share your story with us. How did you get to where you are today?
Well, I began as a traditional artist, and when growing up wanted to become an animator for Disney. Once I was old enough to wear makeup, I instantly fell in love with the art of makeup. I discovered that the face was one of the coolest canvases of them all. I practiced on anyone who would let me and in the beginning, I was terrible even though I loved it, but I kept at it, finally getting better and better. I started doing makeup for Proms, formals and eventually weddings. Then I was accepted to Pepperdine as a technical Theatre Major and I began to design the theatrical makeup for the stage shows the department would put on. I also began to teach the actors how to do their own makeup for performance as part of my thesis.

During school, I also assisted a makeup artist on a pilot for a makeover tv show and thought it was so much fun. I knew then that I wanted to do makeup professionally for tv and film.
After having to move back home to the central valley after graduating from College due to the economy collapse, I decided I needed a plan to get myself back to the Los Angeles area. So I figured I would try to save up enough money doing something else I was passionate about, skincare. So I went to school and got licensed as an Esthetician, and opened up my own small facial and skincare business. I did that for about 5 years while also working a retail job. Then about 2 1/2 years ago, I finally had saved enough to move to LA. I was lucky enough to work with a celebrity makeup artist contact that I had and I helped her with whatever she needed, including being her research assistant for her green beauty book that she was writing. I also in that time did quite a bit of tv work, I did America’s Next top model cycle 21, Child Genius for Lifetime, The LA Kings Hockey players for a documentary on Epix, Sweat Inc. with Jillian Michaels, had my first editorial published in a magazine etc.

From there I have been working on a lot of editorial type shoots with a good photographer friend of mine. Now I have decided to build my career further by becoming trained in a brow tattoo technique called Microblading. It replaces the ugly traditional tattoo brows, and instead builds brows using a hairlike stroke. I was inspired to do this once I began as a volunteer at the Look Good Feel Better sessions for the American Cancer Society, the women that had battled cancer or were battling cancer often were left with little to no hair, and even after treatment their hair would sometimes fail to grow it back, especially their eyebrows. So I started looking into this technique to give women back a small boost in confidence in themselves. So know I just hope to help as many as I can, both with Cancer and without. I also believe that I got where I am today with the unfailing support of my family and closest friends. They never let me give up, even when I felt like my dream of being a pro makeup artist would never come true.

Has it been a smooth road?
It definitely has not been a smooth road. This is not the job most parents would want for your kids. It can be very sporadic and it really is an industry that relies on who you know. You have to have an extreme passion and drive to succeed in makeup. You are the one that has to hustle because it is an industry that is overflooded in LA and there are few to no jobs. Partly due to the fact that most feature films are shot out of state, because the tax breaks to a film are so much better than Los Angeles. So you have to fight for what jobs are here in this city. I love makeup and can’t see myself doing anything else, so in the end, if that is how you feel you just have to put your all into it and you will eventually be successful.

Do you feel luck has played a role in your life?
I think what I do is half luck, half talent and drive. I think there are a lot of great artists out there that never really get the chance to have their work seen due to bad circumstances and bad luck. I have had my share of bad luck too. I think for me it’s hard to say that I have “made it”, but I do know that I have been lucky enough to have the opportunities in my life that have given me a shot at what my true passion is. Many never get the luxury of being able to chase their dreams. I never forget that and I never stop feeling lucky. I also don’t wait around for luck to fall in my lap. It’s a lot of struggling and working hard with dashes of good luck thrown in;)

Is there a quality or characteristic that has played an outsized role in your success?
I think the most important qualities for anyone’s success is to never sit back and be comfortable. I think to truly be successful you have to always be willing to change, evolve and adapt. I think humility and thinking outside the box will always get you far in life. I also think something as simple as being a kind human being can be very important to success. Some may not think to be kind is important for success, but within my own personal definition of success, kindness is the key to it all.

Let’s touch on your thoughts about our city – what do you like the most and least?
I love where I live because it’s a lively and diverse area chock full of all the greatest creative minds, all working towards making a name for themselves. Quite a lot of them being involved in the entertainment industry in one way or the other. It’s nice to be surrounded by all that creative energy. The one downfall of the city can sometimes be the tendency for such high emphasis on the superficial.

All photos (unless otherwise noted) are courtesy of Rachel Jeraffi