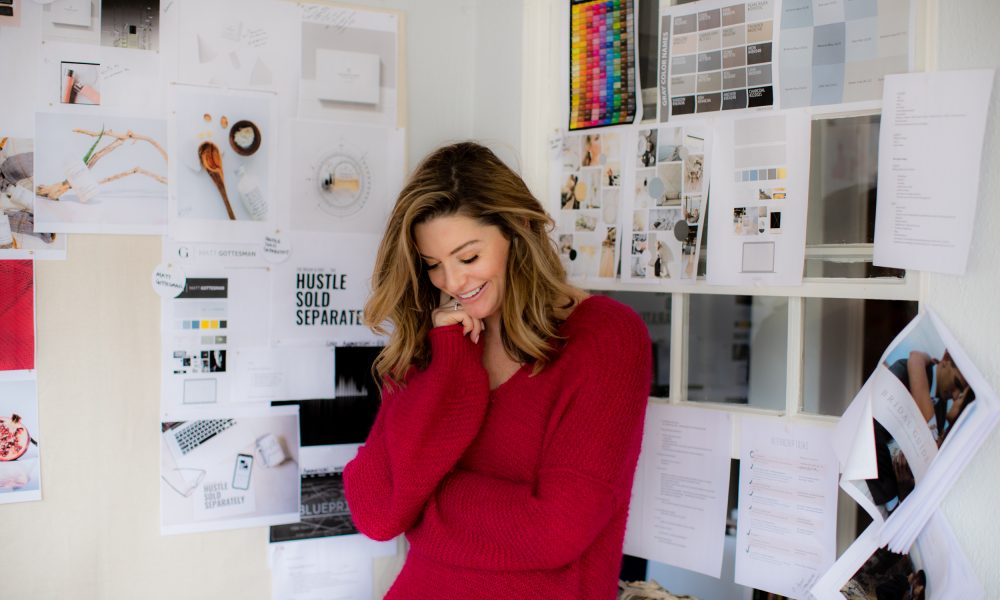 Today we’d like to introduce you to Britt Arnett.

So, before we jump into specific questions about the business, why don’t you give us some details about you and your story.
From a young age, I was immersed in the creative world. I grew up with a father who was a second unit director and being on movie sets was somewhat of the norm for me. My mother, who worked as a confectionist and art teacher, since I can remember, always had me doing various art projects with her as well as helping her in the kitchen with her confections. Both of my parents lived creative lives which ignited my love for art at a very young age.

I was given my first 35mm camera to me by my father when I was 14 and my love affair with photography was ignited. I went to college and studied art and graphic design at Mount St. Mary’s University. During this time, I worked as a bts shooter for Rudy Austudillo and T.V. Guide Magazine. I later lived in both New York and in Paris to focus on my photography.

When I was in Paris, I briefly switched lanes to work professionally in music, something that I have also always been very passionate about. Unknowingly at the time, that would play a huge role in post-production for my video work and in what I am doing currently as a creative director. I ultimately decided to continue to pursue my first love in photography and returned home to LA, where I began my first photography business, The Argus Image.

I grew Argus from a solo operation into a six-person team throughout California. However, my creative side was still hungry for more. I ended up teaching myself video, post-production and other motion graphics and finally began my career in creative directing.

I guess you could say that the apple doesn’t fall far from the tree as what I do now in creative direction has been highly influenced by growing up on set with my father directing movies.

I became Creative Director for Orlove Entertainment in 2019, which ties my love for music into what I am doing now as a CD. I could not be more thrilled to work alongside such inspiring people such as Matt Orlove and Matthew Gottesman. I will be selling my first business, The Argus Image, next year in 2020 and focusing solely on directing and shooting more advertising-based content.

There is something truly remarkable to me in the process of being a creative director. From coming up with a concept in your head to production planning to shooting and editing your own content and then unveiling the final piece of work. That final piece is your creation and in turn, becomes a piece of you.

Overall, has it been relatively smooth? If not, what were some of the struggles along the way?
I think for anyone who has gone down the road of entrepreneurship or who has focused purposefully on what they love, creating that from the ground up, knows that it is never truly a smooth road. Although, that is also life in a nutshell. Nothing worth fighting for is never truly easy.

I, of course, had not only financial hardships in the beginning but because I have branched into so many various sections of production and business, I have had to consistently be okay with being a student.

I think if you have the drive, the vision and the willingness to dust yourself off after falling down a few times, that you will persevere and ultimately find success in whatever path you decide to take.

Britt Arnett Creative – what should we know? What do you do best? What sets you apart from the competition?
Britt Arnett Creative is mostly comprised of just me, myself and I. Although, I do have my team that I use to help me with websites, graphics and animated imagery. I do all of the video and photo production myself, from creation to the final piece that I present to a client.

My extensive background in photo and video has provided me with a very large tool belt so-to-speak. I have focused on multiple areas within my field and have honed in on those skills on a daily basis so that when I have an idea in mind, I know how to execute it. In saying that, I also know when to allocate jobs to my team which is one of the most important tools that any creative director/entrepreneur can poses.

What is “success” or “successful” for you?
We tend to define success based on our financial achievements and although that is a very important aspect of business, I think success is more about the little wins and smaller victories along the way. From learning new skills to gaining more clients and over-all growth. Each time you gain knowledge and grow as a person and business owner that is a success.