Meet Brian Viglione of The Dresden Dolls in Beverly Hills 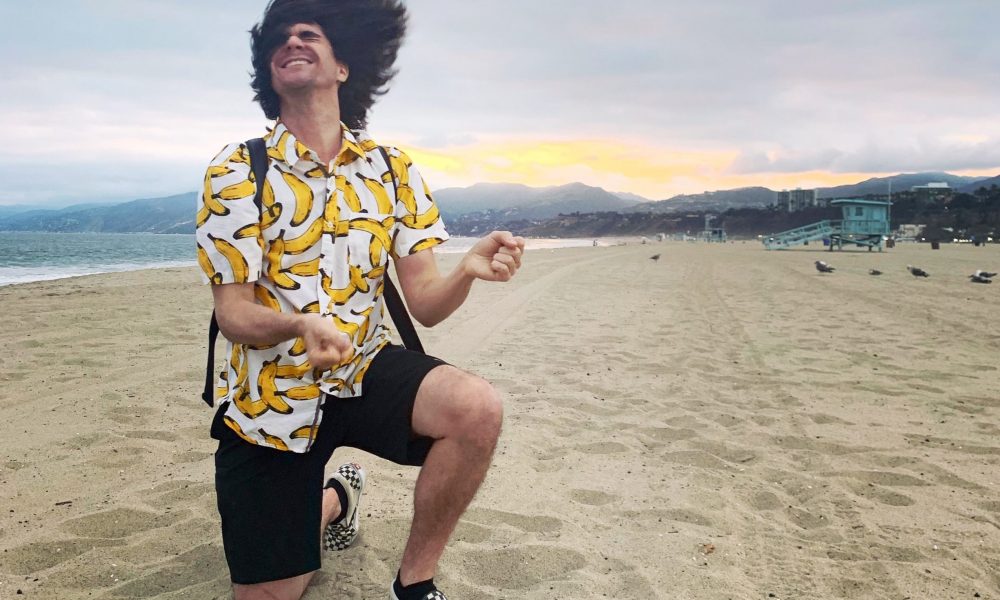 Today we’d like to introduce you to Brian Viglione.

Brian, can you briefly walk us through your story – how you started and how you got to where you are today.
There is a photograph of me at four years old, sitting at a new Muppet Drum set which has basically defined my life’s path. I started making cardboard cutout guitars and pounding on the pots and pans from as far back as I can remember, but I distinctly remember feeling that I KNEW that “I wanted to be the drummer in a rock band” from the time I was about eight years old and I never looked back.

My father played drums when he was younger and shared his passion for it with me, and my mom took care to encourage me to be whoever I wanted to be in life, and I’m a bit of a nut by nature, so the combo of having the room to express myself and the determination and natural passion to play music was a good set up. But one of the fundamental aspects of WHY I wanted to play music and share it with people stems directly from Jim Henson and the message I got from those early Muppet Films as a child, which was- go out into the world with your dream, find your band of misfits and share your love and passion to bring people together.

Another key component that drew me to music was its ability to heal and help transcend pain, which me and my group of friends needed much of growing up. My parents divorced when I was in the third grade and I was a typical latch-key kid seeing myself off to school because mom had to leave for work at 5 am, so friends became extra important.

Then, tragically at the start of my sophomore year in high school, my friend committed suicide at my house in my backwoods, and within the next 14 months, another two classmates of mine would be dead, in addition to several other kids in our small tri-town New Hampshire high school. It was an extremely bleak and difficult time to say the least and music helped us through. It was at this time that I said a small prayer to myself that, “all I wish to do is become a part of the continuum of musicians who make music that HELPS kids like me get through and makes life a little easier.”

After I graduated in 1998, I went to the Berklee School of Music five week summer program with hopes of finding the kind of environment I could learn from and was horrified to discover the exact opposite, with a faculty who acted like they couldn’t care less about being there, and a bunch of kids many of whom sat in their dorm rooms playing video games. I spent my time holed up in a practice room playing drums, or hit the street discovering the city and made the most of it. I was 19 years old and my girlfriend was 24 and had a six-year-old daughter of her own, and I was getting pressured to get married and have kids with her, which I knew was not the path for me, especially at that age. I wound up joining a band in Boston and moving there to start my life in July 1999. I spent a year and a half learning the ropes, listening to a lot of new music, and playing shows.

On a fateful Halloween night in 2000, I went to a Halloween party with a friend, at the crazy art-collective home of local street performance artist, Amanda Palmer and my life changed forever. I saw her play a solo set of songs at the old spinet piano and realized that everything I had learned and wanted to do musically lead up to this and we would make a great team together.

We formed The Dresden Dolls, calling our style “Punk-Cabaret” due to the attitude of flagrant non-conformity and being yourself, wrapped in the dressings of Weimar-era cabaret, 1920’s silent film, burlesque, and the agreement that “if it felt right and came from within us, put it into the music, ‘genre’ be damned…” So we did, and brought what seemed to be a totally original and bizarre new sound to the Boston music scene at that time, bolstered by a fanbase that stemmed from all the beautiful arty weirdos attending Amanda’s house parties at the time!

(It takes a village.)

The band went on to sign with a major label in 2004 releasing three studio albums, two live DVDs, and tour internationally through including 2012, touring 31 shows with Nine Inch Nails in 2005, and summer tours with Panic! At The Disco (2006), and Cyndi Lauper (2007), before shifting gears and taking a bit of a hiatus to reform for shows around Halloween in subsequent years.

I have since recorded with Nine Inch Nails on Ghosts I-IV and joined as a member of Violent Femmes from 2013-2016 recording two albums Happy New Year and We Can Do Anything, among many others, and am living happily in Los Angeles now playing in about six different projects, teaching drum lessons, and keeping a steady schedule of recording work.

Great, so let’s dig a little deeper into the story – has it been an easy path overall and if not, what were the challenges you’ve had to overcome?
HA, it has been FAR from a smooth road, as almost anyone dedicated to their passion worth their salt will tell you. When you go for your dream with everything you have, life will test you every step of the way. It will test your level of commitment, your stamina, your inner resolve, your decision making and self-care processes, and thank goodness too because that’s where you do all the important work.

So many of the typical things happen to you when you’re in a band that starts to get successful- you deal with the loneliness and isolation from loved ones and relationships from constant touring, come into the temptation of drug and alcohol abuse to numb the pressure or exhaustion or having too much time on your hands, you have to deal with the weird way some of your best friends treat you because they think YOU’RE going to change now because you’re “famous”.

The best thing you can do is keep your feet on the ground every step of the way, remember WHY you do the thing you love to do in the first place, find a way to enjoy each phase of it and stay connected to yourself.

It’s also a great way to learn how to deal with interpersonal conflict. The old cliche of “being in a band is like being in a marriage” has some truth to it because of how intimately you get to know the people you’re with and often times the darker sides of fear, ego, jealousy, insecurity, all come to the forefront. Hopefully, we all can find ways of communicating with each other to work through it or recognize when something has reached it’s full potential at that time and needs to have some room and step away from it.

Can you give our readers some background on your music?
The Dresden Dolls are a Punk-Cabaret band, comprised of Amanda Palmer (vocals, piano, ukulele,) and Brian Viglione (drums, vocals, guitar), who combine Weimar-era aesthetics, gales of drums and piano, and a street-theater approach to performance.

We specialize in bringing people together for the purpose of communion of expression, fun, and entertainment. We are most proud to see the multitudes of people across the globe who draw inspiration from what we try to embody as a band, who are emboldened to live out their creative endeavors and bring their best to the world through making art. It’s incredible to watch the ripple effect when people begin to believe in themselves and discover things they want to cultivate and share with others.

What sets apart is the ability to stay true to ourselves and let that guide us. Stick to you you are and you’ll get your own special cocktail that makes what you do authentic.

Do you look back particularly fondly on any memories from childhood?
Going to see The Elvin Jones Jazz Machine in February 1992 when I was 11 years old with my father, and meeting Elvin between sets, shaking his enormous hand, and having him sign my acid wash denim jacket with heavy metal patches all over it. That was a defining night in my life which solidified Elvin as a guiding force for me in drumming and how to give everything you have to the moment. I got to sit six feet in front of his kit and watch him play all night and I’d obviously never seen anything like THAT as a kid. What an impression it made. 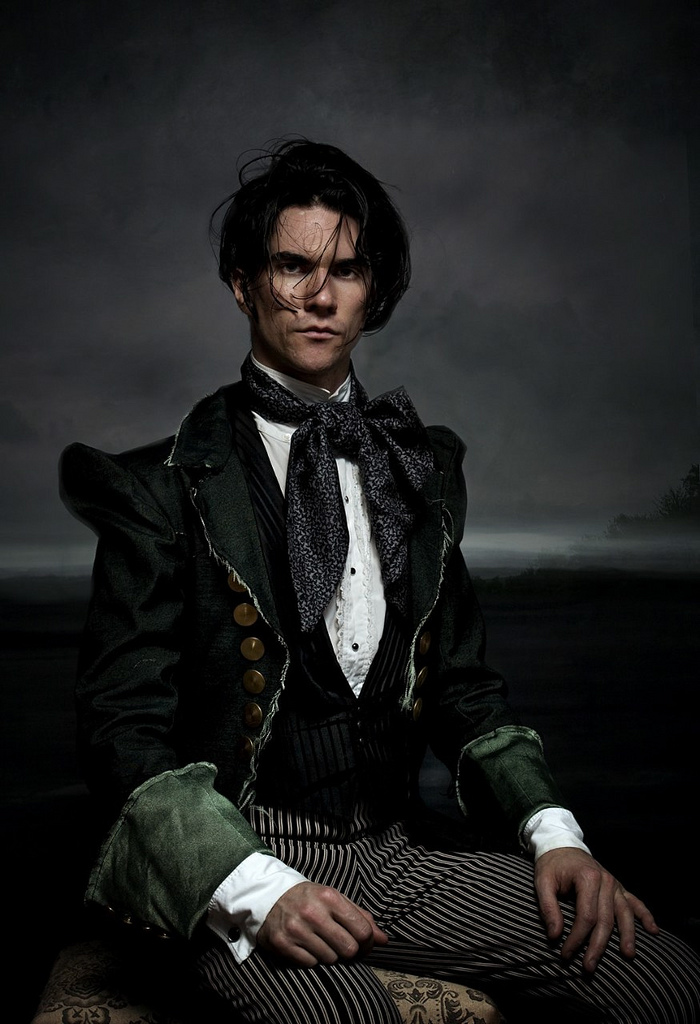 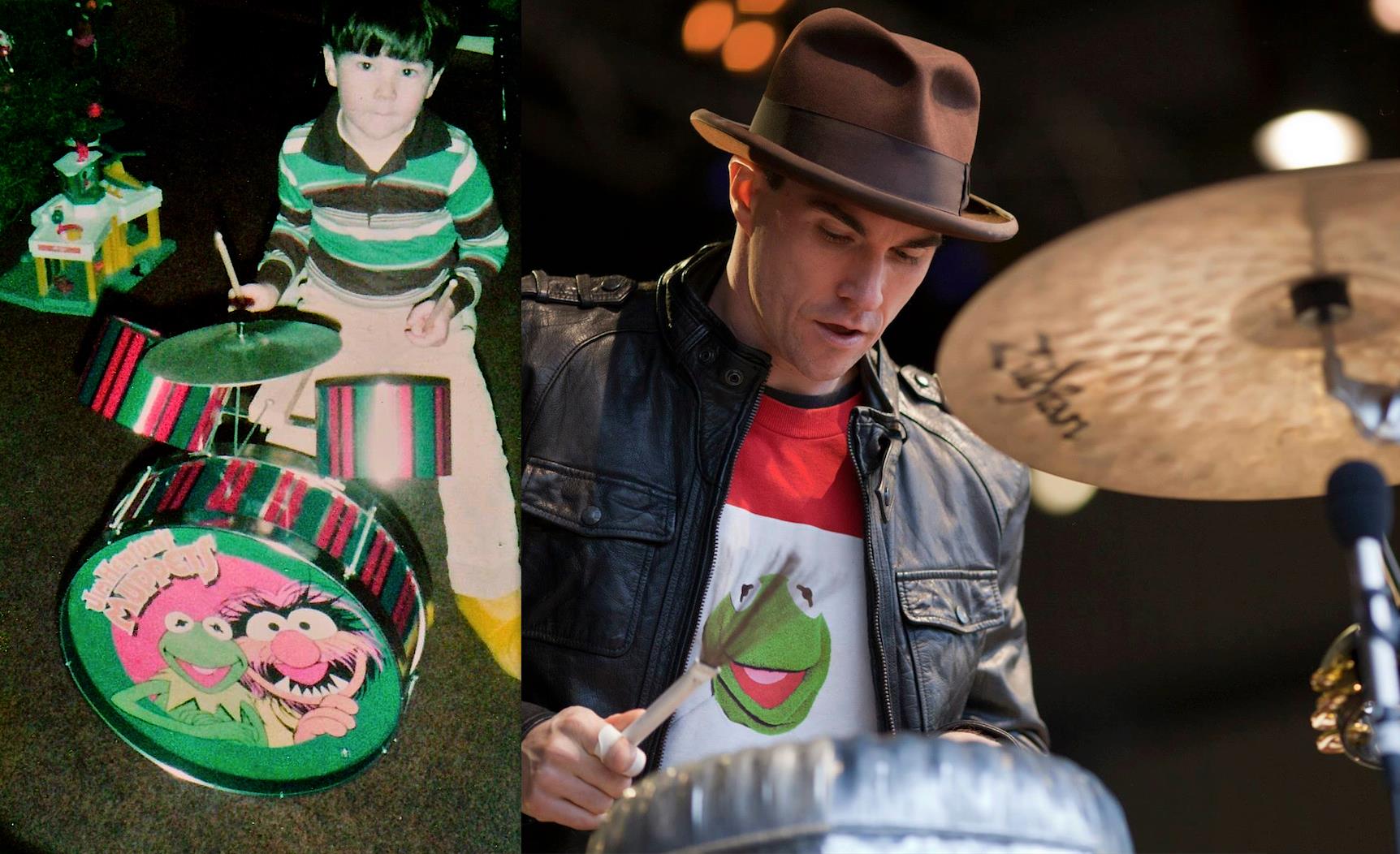 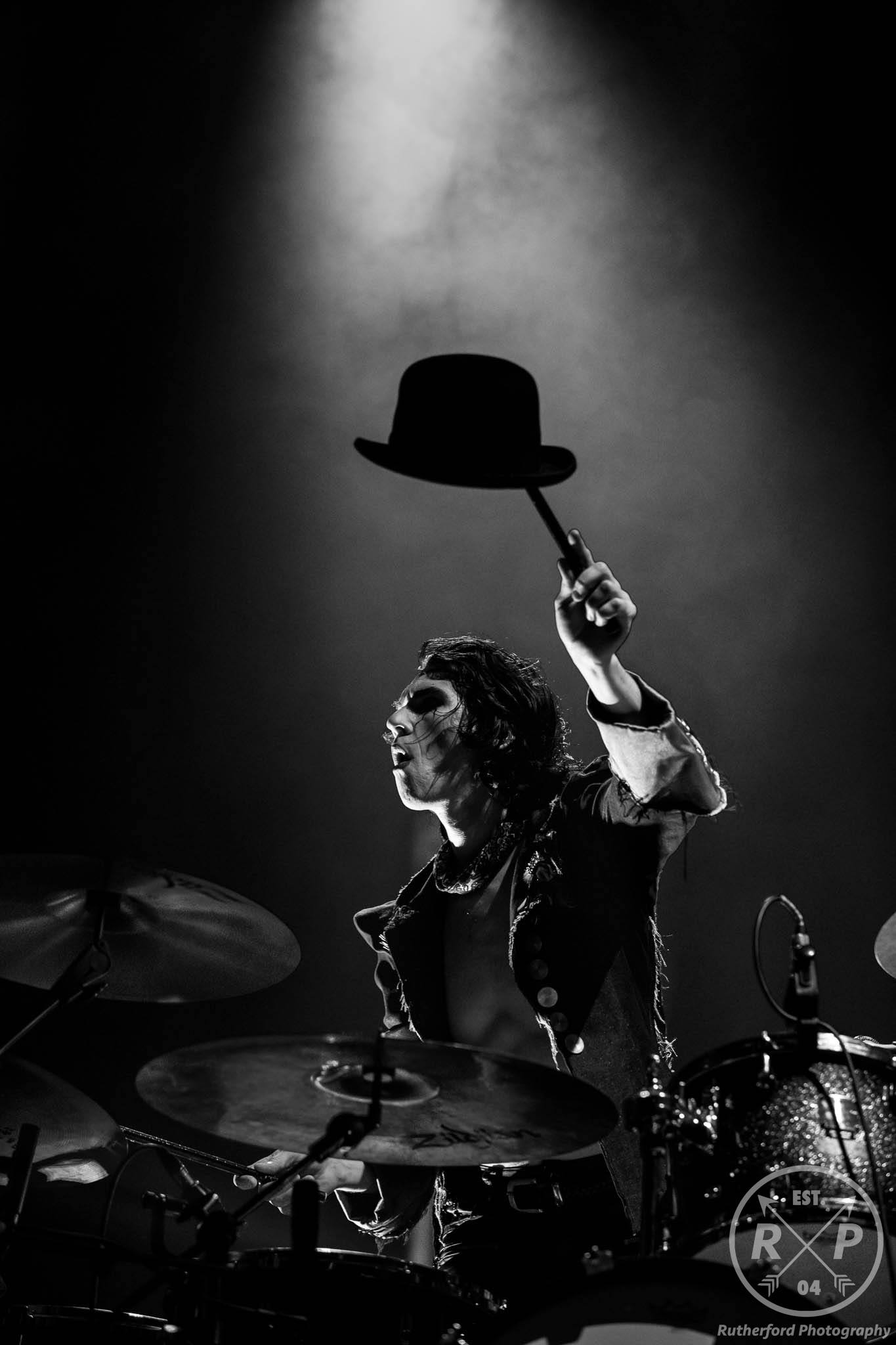 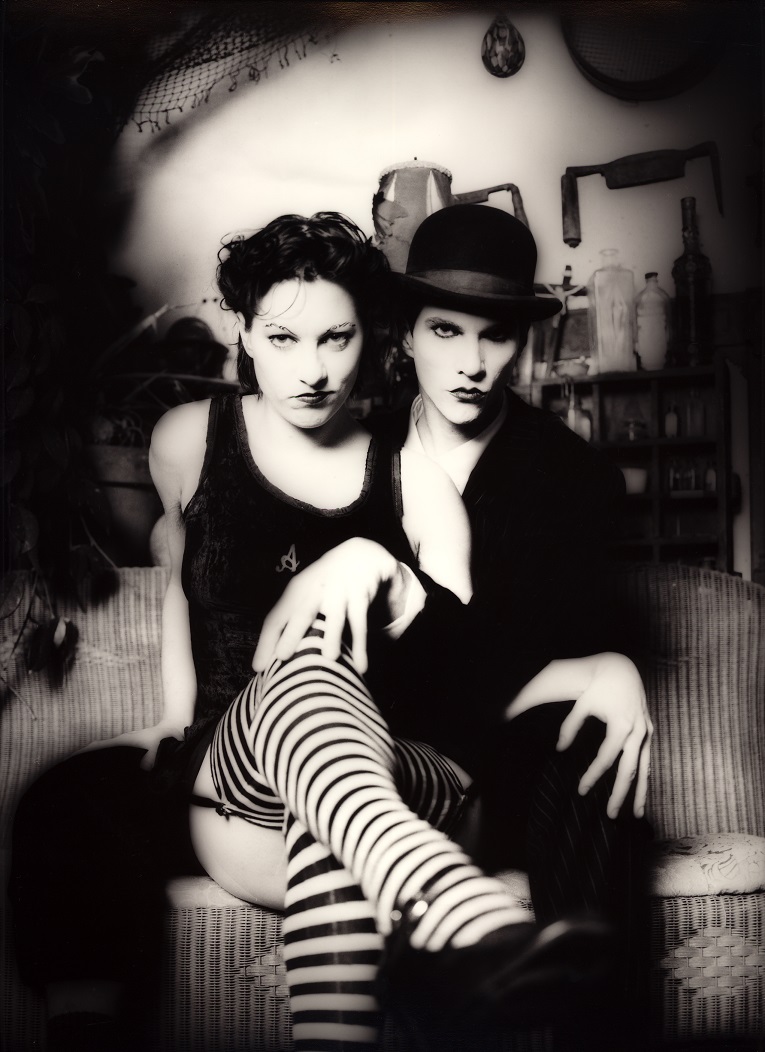 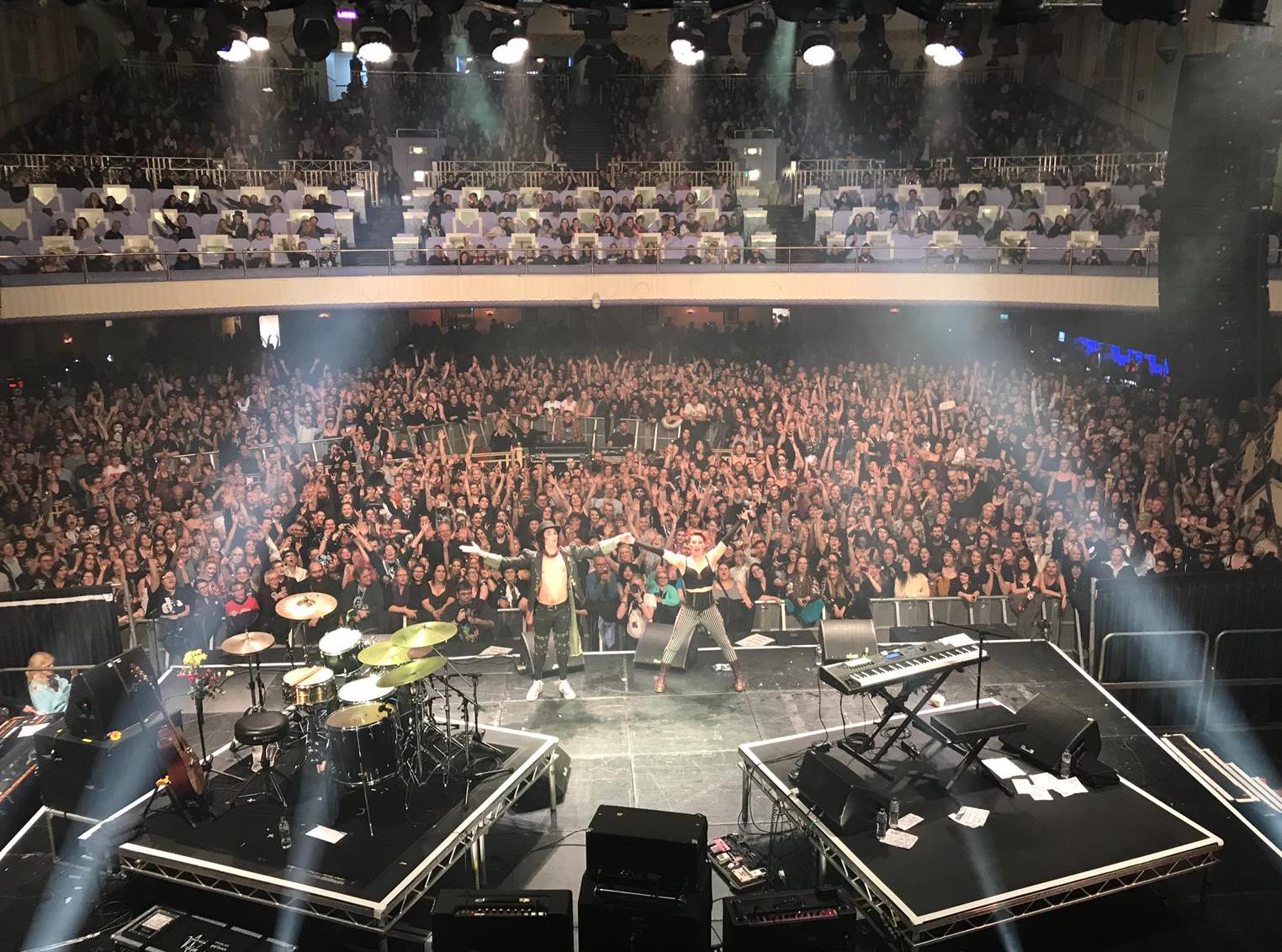 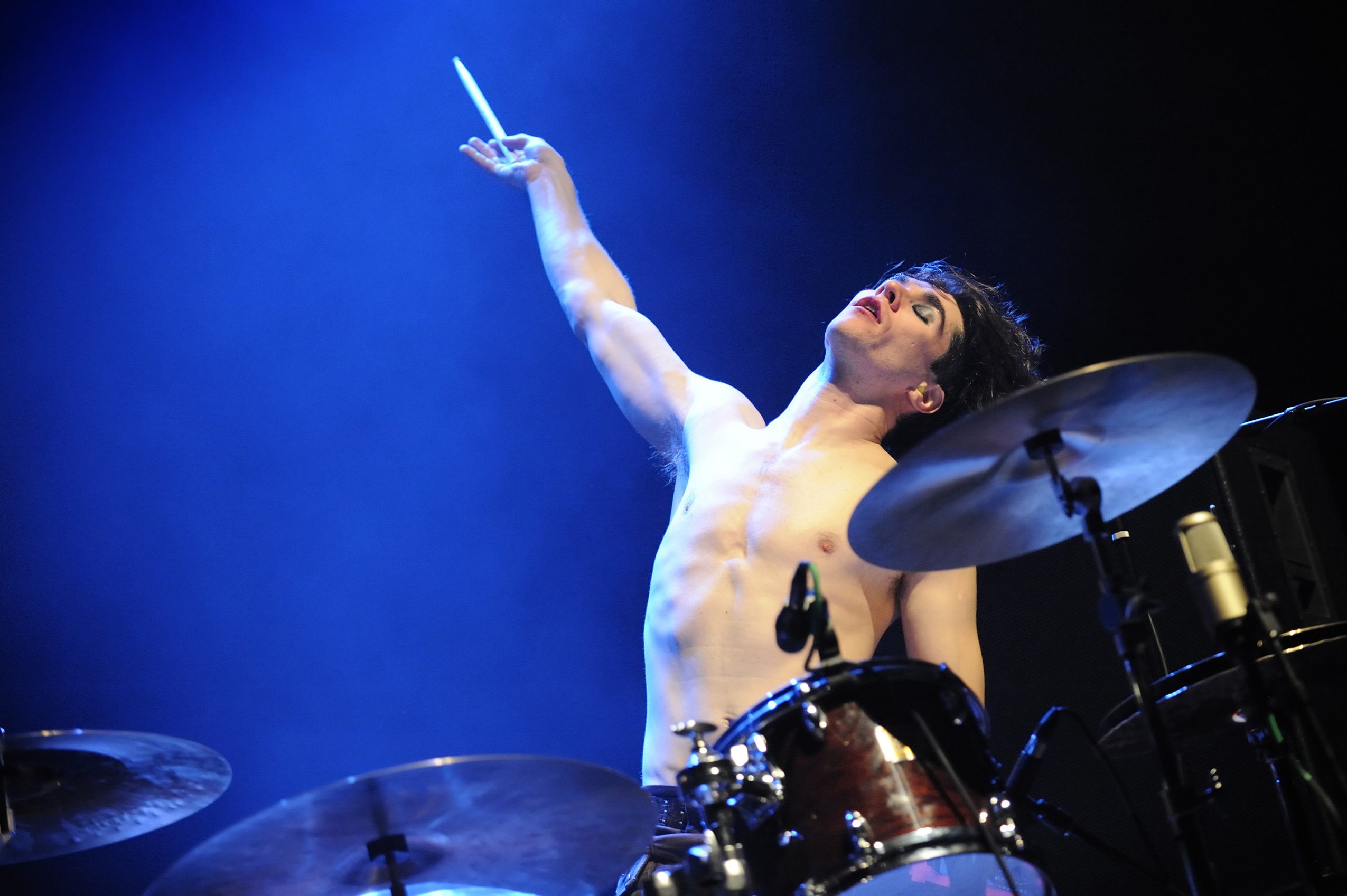