Meet Belinda Lams of The Moment When… Podcast 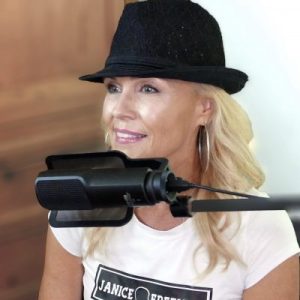 Today we’d like to introduce you to Belinda Lams.

Belinda, can you briefly walk us through your story – how you started and how you got to where you are today.
I became very interested in sharing the “Hero’s Journey” stories of ordinary people because I have been on that journey myself. In my ordinary world, I was a mom with two beautiful kids and an amazing husband. It got interrupted when my second child, Aria, was diagnosed with leukemia at three 1/2 years old.

After a 7-year battle of remissions and relapses, then two bone marrow transplants (thanks to the donation of her older brother Jordan), she finally died at age ten 1/2. We were all devastated, to say the least. Having held a strong Christian faith throughout the ordeal, we believed she would be healed.

Even though I accepted her death, I began to have some questions that I hadn’t bothered to ask. Where is she really? What is heaven? Is it possible that the way I believe the Bible isn’t true? In my heavy grief, I slowly found my way out of the Christian paradigm, delved into Judaism for many years, and then ultimately opened up to a world of thought that I had never considered before. I studied Spiritual and Moral Psychology and many self-help and healing modalities.

During those years, I was trying to find a new version of my life. It needed to be really important in order to propel me out of bed every day. Otherwise, it would be too difficult to function in that kind of pain. I fell into a part-time job as a Professional Organizer. As I worked in people’s clutter, I could see that their issues were directly related to their belief systems. The clutter was merely a symptom. This rekindled my natural gift and interest in counseling.

I decided to become a Life Coach and named my company Soul Organizer, so I could help people organize their lives from the inside out; from their soul to their contribution in the world. I worked with many clients, helping them to declutter their inner world and find what they really wanted in life, then take action to bring it into reality. I heard amazing and heroic stories each time I coached my clients.

I was very interested in the catalysts that helped people to shift. Through the urging of my husband Jeff and my own desire to help more people, I started a podcast called The Moment When… Inspiring stories of real people on the Hero’s Journey & the Pivotal Moments that changed the course of their lives forever. I completed Season One in 2018 and am currently immersed in Season Two. The first episode was released in mid-February.

Each show features a person who has been called out of their ordinary world, encounters a dark night of the soul, makes a choice to change something in their lives, then brings back gained wisdom to others. The stories range from navigating divorce, to nanny abuse, alcoholism, child loss, betrayal, becoming an Olympic Gold Medalist, and much more.

These people are AMAZING! And I have so many more beautiful stories to share in this new season. The podcast is especially beautiful because it is told with the interview, narration, and original musical underscore composed by my husband, Jeff Lams. He creates a unique song for each guest. It’s very moving.

Great, so let’s dig a little deeper into the story – has it been an easy path overall and if not, what were the challenges you’ve had to overcome?
I had some challenges in starting the podcast. At the time, I was at a crossroads with my coaching practice, and wondering if I should move on to something else. Again, I’m the type that needs things to be very meaningful and authentic to who I am, otherwise, it’s not worth it. I was also encountering some feelings of failure and was resistant to starting a new endeavor if I couldn’t ensure that it would be successful.

Of course, saying that out loud, it sounds ridiculous. There are no guarantees with any endeavor, yet, that was the inner lie I was believing at the time. I went ahead and recorded my first interview and played with it for about five months. I didn’t know what kind of show format that I wanted. I didn’t want a straight interview show, but something more crafted.

I was using the archetypal Hero’s Journey (Joseph Campbell) format for my story template, so I decided to punctuate those stops on the journey by weaving in narration and music. Once I figured that out, the show was born! It took time, but now it’s well oiled, and I LOVE it!

The Moment When… Podcast – what should we know? What do you guys do best? What sets you apart from the competition?
Even though we’re all connected through social media, we can often feel very alone in our lives. Through the stories of my guests, I teach people how they can also move through those terribly dark and confusing moments and transform into a new version of themselves.

And I’m proud that the show is beautifully produced. It is fan-funded through Patreon.com/belindalams and one-time donations on PayPal. I’m still developing this aspect and continue to grow support.

I am currently reconstructing my Soul Organizer business as a platform that offers my coaching courses and ebooks. This will be released in the second half of 2019.

What moment in your career do you look back most fondly on?
The proudest moment of my career is when I got my first episode completed and published out in the world.

I was proud because it was a similar story to mine; a woman whose son had died from leukemia and how she navigated grief and then the shock of dealing with another son who was diagnosed.

That show brought it all back home to my “why.” The reason I do what I do is because of my heroic daughter Aria, my valiant son Jordan, my deeply soulful husband, and that epic journey of finding life after death. 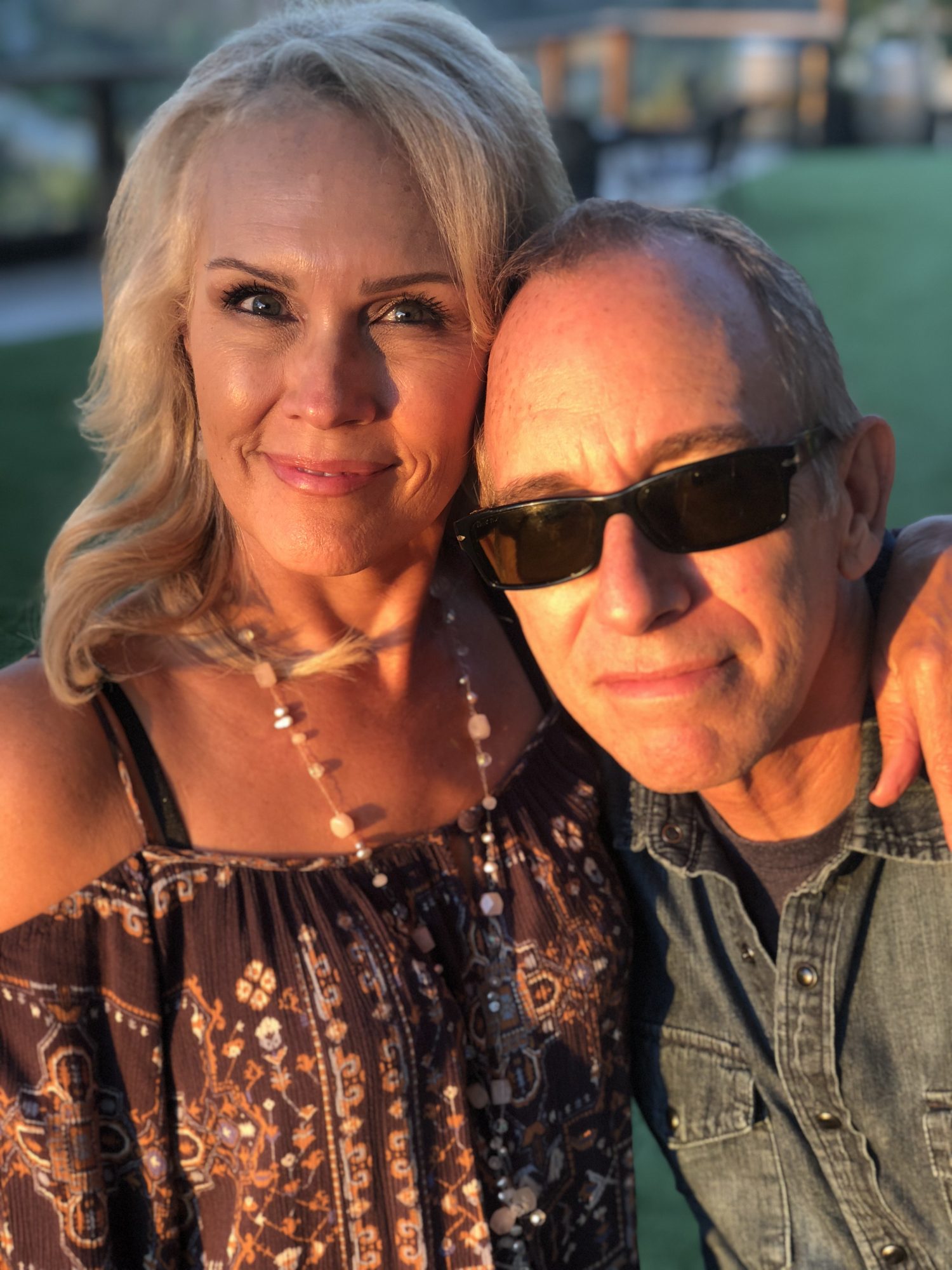 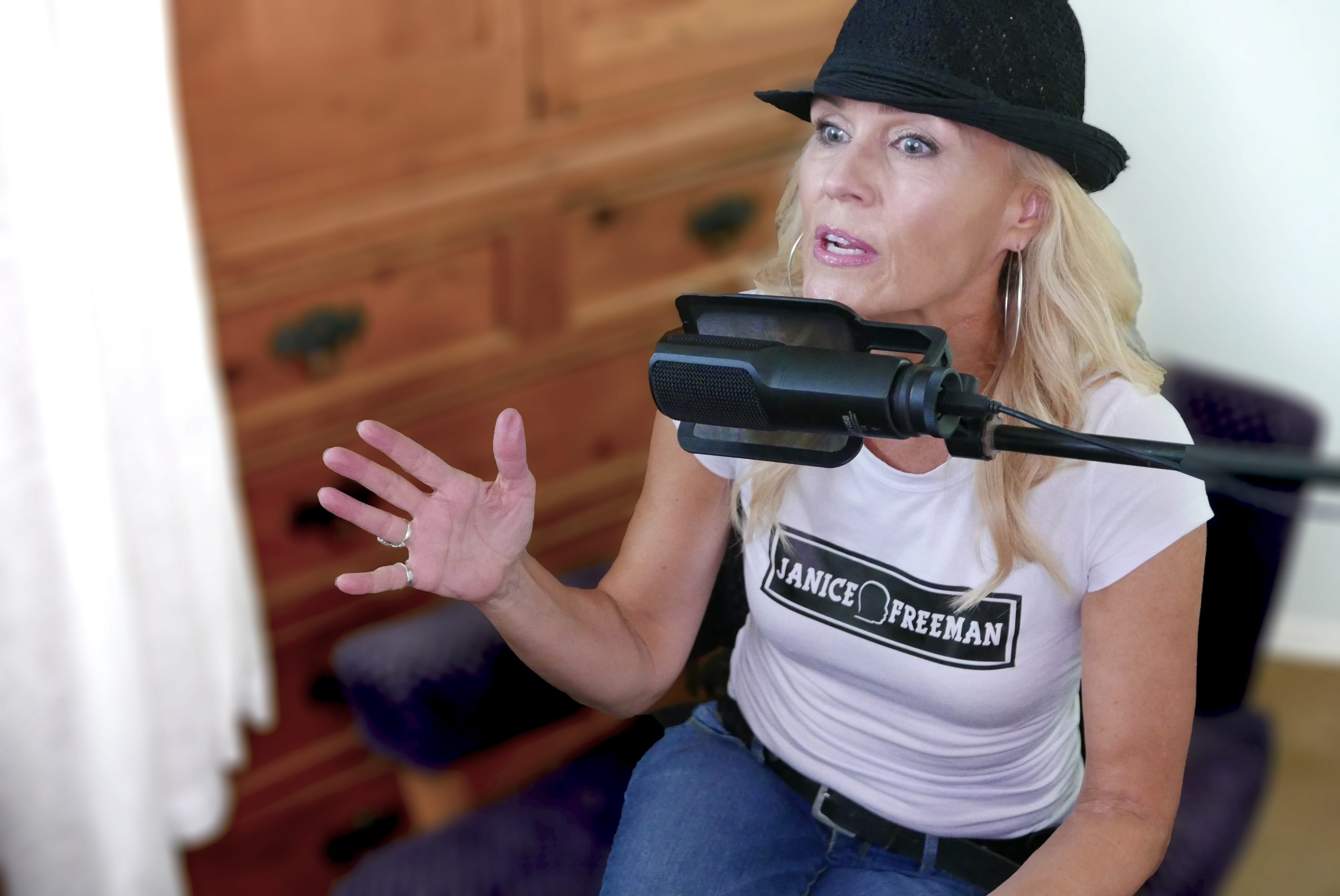 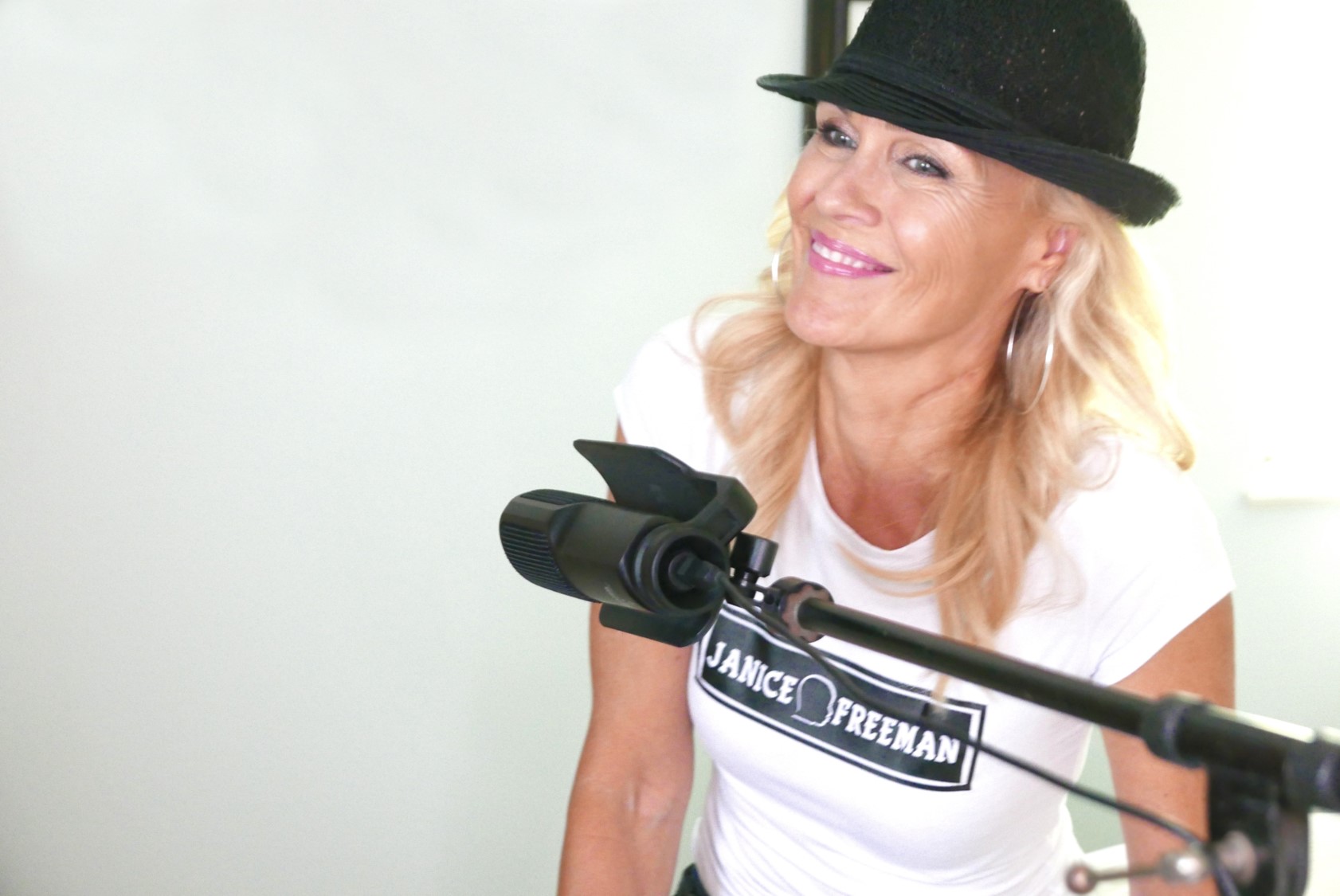 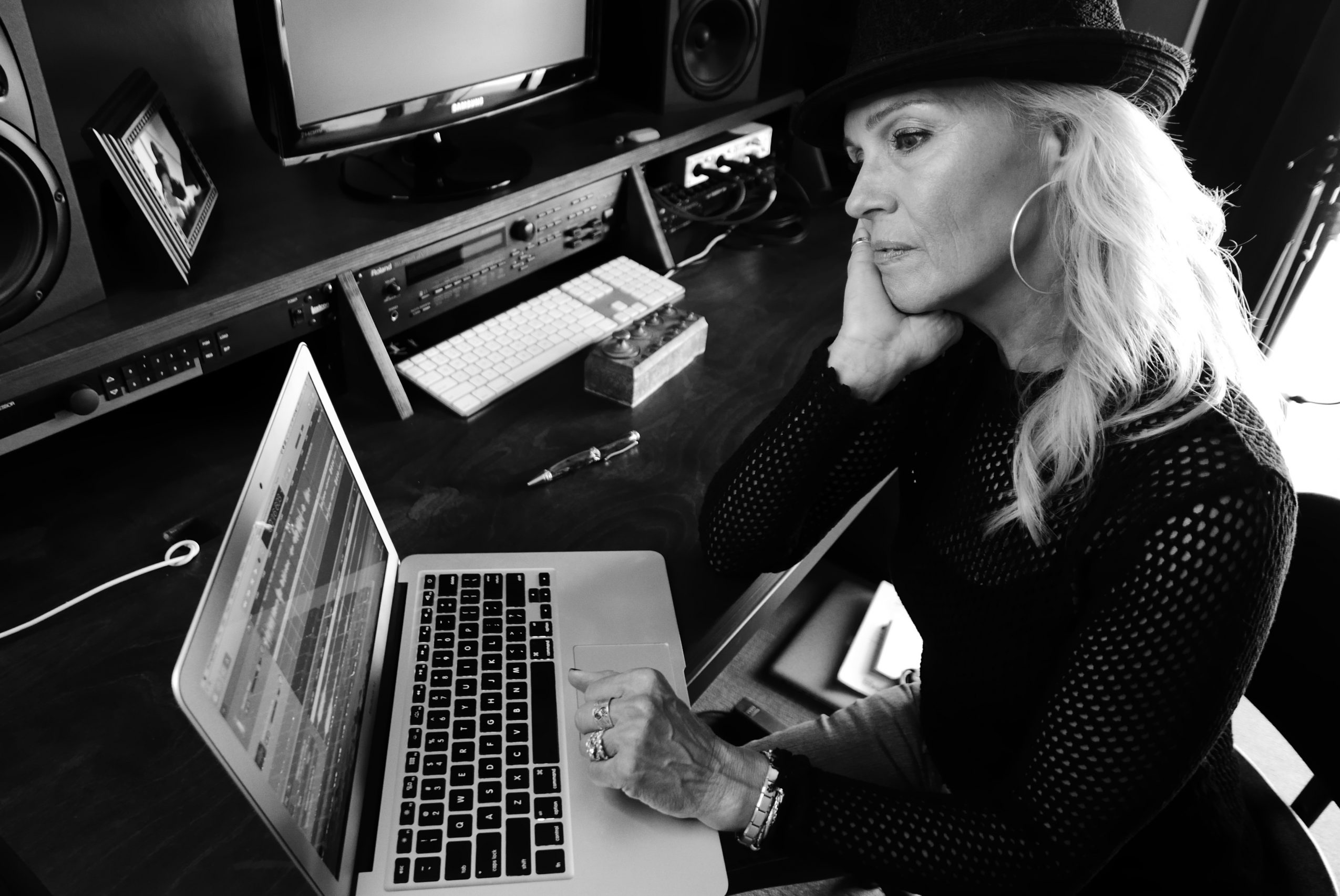 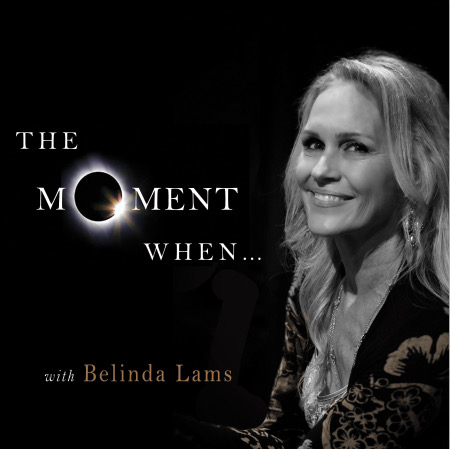