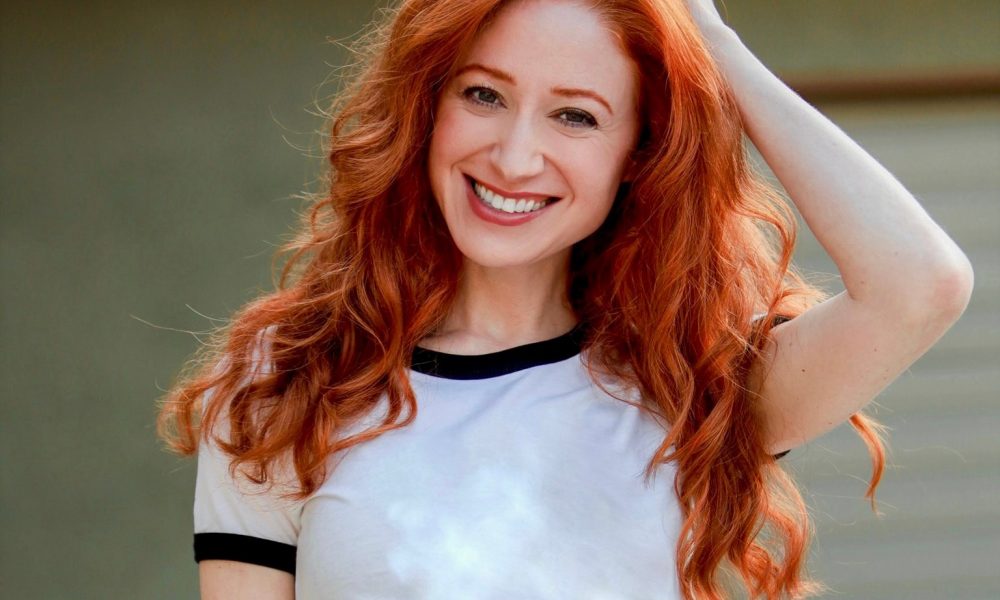 Today we’d like to introduce you to Bekka Prewitt.

Hi Bekka, we’d love for you to start by introducing yourself.
I grew up out in the country, a more rural setting just north of Cincinnati, Ohio. I started in theatre as a kid because I love story-telling, and how films and television could speak to people on a deep soul level. I wanted to be a part of that… to reach people, touching & challenging their hearts, minds, perceptions, convictions, emotions, beliefs, etc. (I know I know, weird kid right? 😉 AND it was a way for me to grow my creative verve & passions which were welling up inside me. I had no idea how to get on a show or movie inside the square box we called a television at the time or on the big screen up in cinemas, but I did know about stage theatre locally. So that’s where I began.

I continued acting through college and ventured into radio during that time as well becoming a music DJ & talk show host. After Miami University, I worked in broadcasting, as a radio DJ again, news radio host, TV news producer/reporter… but all the while hosting an internationally-syndicated music video show each week and acting in theatre. Eventually, I had to give in to my soul’s adamant & relentless cry and make acting my main & full-time profession. I’ve been doing on-camera acting in independent film, TV, music videos, commercials, industrials… voice over in video games, animation, commercials… modeling… & hosting ever since. Originally performing in Cincinnati, I moved to LA more than 11 years ago.

I appreciate each area of performance, but I strongly prefer and feel most alive acting in film & television and doing animation voiceover & VO/performance capture in video games. So that is what I’m steadfastly trying to pursue at this phase of my career. To make people laugh & thereby relieve some of their stress, cry because they’re so invested in the adventure created, expand their thinking, and dare their current realities still excites me! So I continue to try to push forward in this crazy city! As I hope for that “big break” which comes to some, I do everything in my power to keep moving forward on my end with everything I’ve got!

I’m sure you wouldn’t say it’s been obstacle free, but so far would you say the journey have been a fairly smooth road?
No. It indeed has at no point has been a “smooth road.” There are some individuals who stumble upon great careers being “discovered” at the perfect time, or having connections, or even chance meetings with the right people who can help their career along. But for so many of us, it entails an incredible amount of hard work, determination, business development… & what I’m finding out now, endurance.

Many struggles along the way there have been. I believe not being allowed up to bat is likely my biggest challenge that I am still many years later working to overcome. One cannot act in VO, video games, film or TV without first being allowed to audition. Frankly, I book 95% of my work myself. However, much of what I book is what comes out on the “Actor Breakdowns” which is a lot of low-budget projects. I have a rep I like getting me a few auditions which I’m grateful for, but I’d love great reps in other acting categories… and those who get me higher-budget project auditions because yes I want more than my mother to view the work I’m doing.  And because it takes an enormous amount of the smaller jobs to survive. I don’t have side jobs. I’m a full-time actor which means I can incredibly gratefully say I book a lot of jobs. But I’d love to play more in the big leagues so I can have a day off here & there because frankly I could then financially afford to. But I need casting to take a chance on me & give me that darn bat. 🙂 I’m a fiery fighter who has something real to offer, so I keep trying to woo casting & reps. Any CD’s reading this that want to see how I swing? I’m ready to play! Take a chance on me. You won’t regret it.

There’s a quote I’ve loved for a very long time that has always inspired me:

“Let me tell you something you already know. The world ain’t all sunshine and rainbows. It’s a very mean and nasty place and I don’t care how tough you are it will beat you to your knees and keep you there permanently if you let it. You, me, or nobody is gonna hit as hard as life. But it ain’t about how hard ya hit. It’s about how hard you can get hit and keep moving forward. How much you can take and keep moving forward. That’s how winning is done!”
― Sylvester Stallone, Rocky Balboa

It’s real. It’s true. And it challenges us. What are we really made of? What can we become, if we fight, through the pain, the let-downs, the disappointments, even slaps in the face or complete disregard towards us. Even if we don’t “succeed” in the thing we want, what will our character become after enduring & pushing through this process? We win the job hopefully… eventually… but perhaps the win is also in who we become IF we become a strong warrior through the trials of this life. A warrior who also knows how to generously love & bless those around us during the adventurous journey. That can also be the outcome of… endurance… if we let it.

All that is not to say God hasn’t blessed me with some AMAZING large-scale projects!! I’ll detail a few below. I’m insanely grateful & JOYOUS for these beautiful gifts! 😀

Can you tell our readers more about what you do and what you think sets you apart from others?
My strength in acting is film, television and recording animation voiceover & VO/performance capture in video games. I love creating the world, the backstory, the heart of a character. Taking a brilliant writer’s words and then breathing life into her in my own unique way is joyful experience.

Every now & then a self-submission turns out better than gold! Some of my work I’m most proud of is in the best-selling Video Game of the Year RESIDENT EVIL VILLAGE as the voice & performance capture actor of Bela Dimitrescu … …ED SHEERAN’S latest music video Overpass Graffiti … & voicing Kitty Cheshire in Mattel’s EVER AFTER HIGH series & animated films on Netflix.

I’m beyond grateful for these and ALL my opportunities & blessings… and the ones who welcomed me to the teams!

In my acting, I’ve been called a fiery, feisty lass, who will challenge you, yet leave you desiring more.

As for what sets me apart from others, this is what clients have said:

“I’ve worked with Bekka on several projects and she has always been a dream to work with. She is a consummate actor, who has an innate ability to find the soul of her character. She also has extensive knowledge of the production process that is a great benefit on any set.”
D. Magnafichi
Producer/Director/Editor

“Bekka, your worst performance as an actor is the best performance other actors could only dream about having.”
Cress Williams, Actor & Coach/Mentor
Black Lighting, Heart of Dixie, etc.

“Working on your scenes. Amazing. You are going to steal the show, Bekka. I am comfortable going on record that you’re my favorite character.
You were the most prepared actor on our cast and it showed up on screen in the little subtle things that added so much to your character.”
Brad Wise, Director / Writer
“A Strange Brand of Happy” with Academy Award winner Shirley Jones

“Bekka, you did fantastic work the other day on the new series. The girls of the world are going to go crazy when the show (top secret!! Shh!) arrives later this year and they fall in love with your character.”
Audu Paden, Emmy Award Winning Animator
Ever After High (Bekka voices “Kitty Cheshire”)

“You were a pleasure to work with. I was amazed at how well you were able to turn my sometimes vague cues into very refined actions, which were flawlessly repeated take after take.”
Ryan Staake, Director

“You were better than we could ever have hoped for Bekka.”
Jeff Thieme, Development Executive
B17 Entertainment

“You were phenomenal! The clients fell in love with you Bekka!”
David Tanenbaum
President, Barrington Media

Are there any books, apps, podcasts or blogs that help you do your best?
Not to be too cheeky, but the main app/book I use which has been the most beneficial resource in my life, my work, & my relationships is The Bible. It’s helped me push through obstacles I’ve faced, while loving (or trying to be loving 🙂 to those around me in the process.

Thank you VoyageLA, Kris, Mayank, & Sid for the opportunity to share my professional story & others’ stories. We are grateful for you. :o) 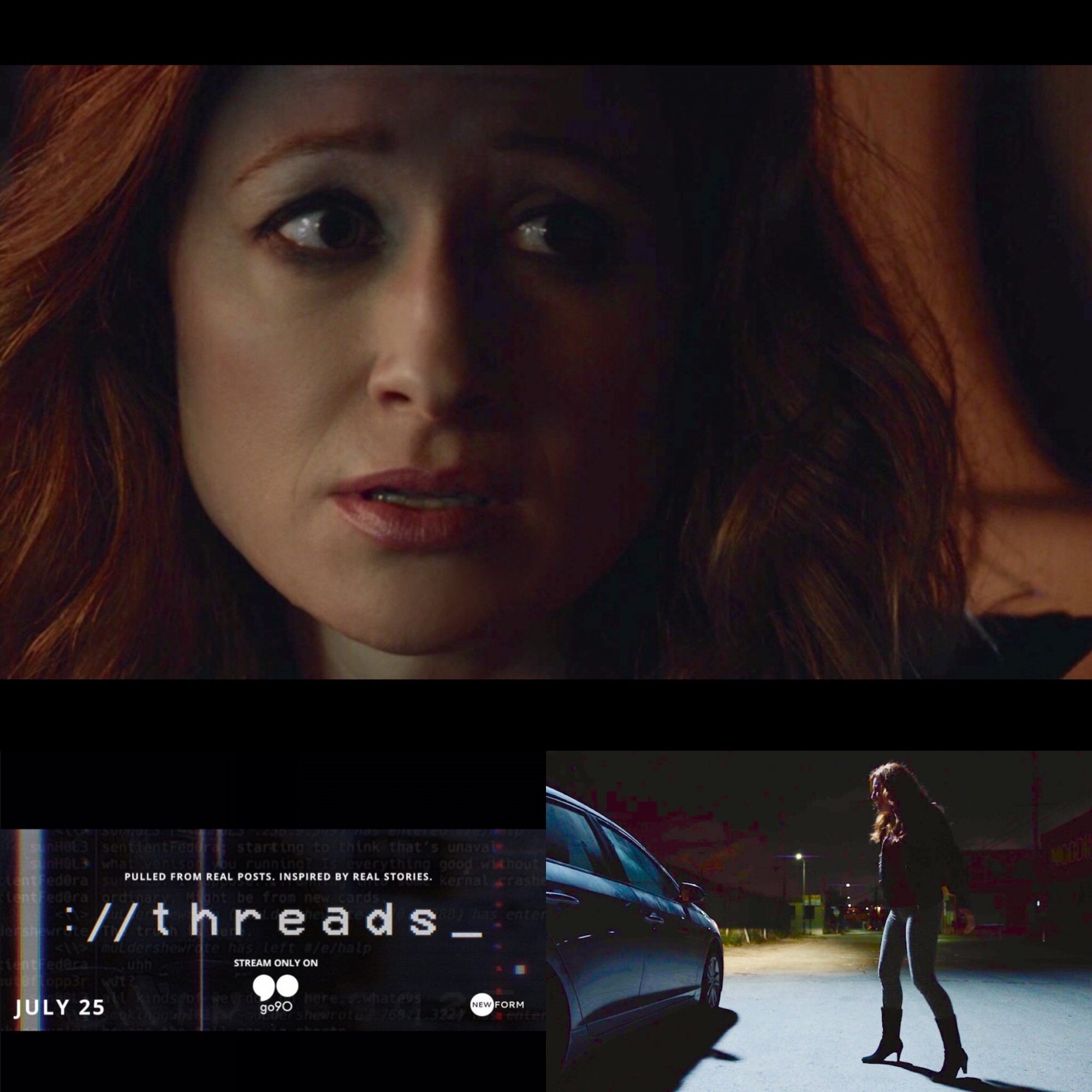 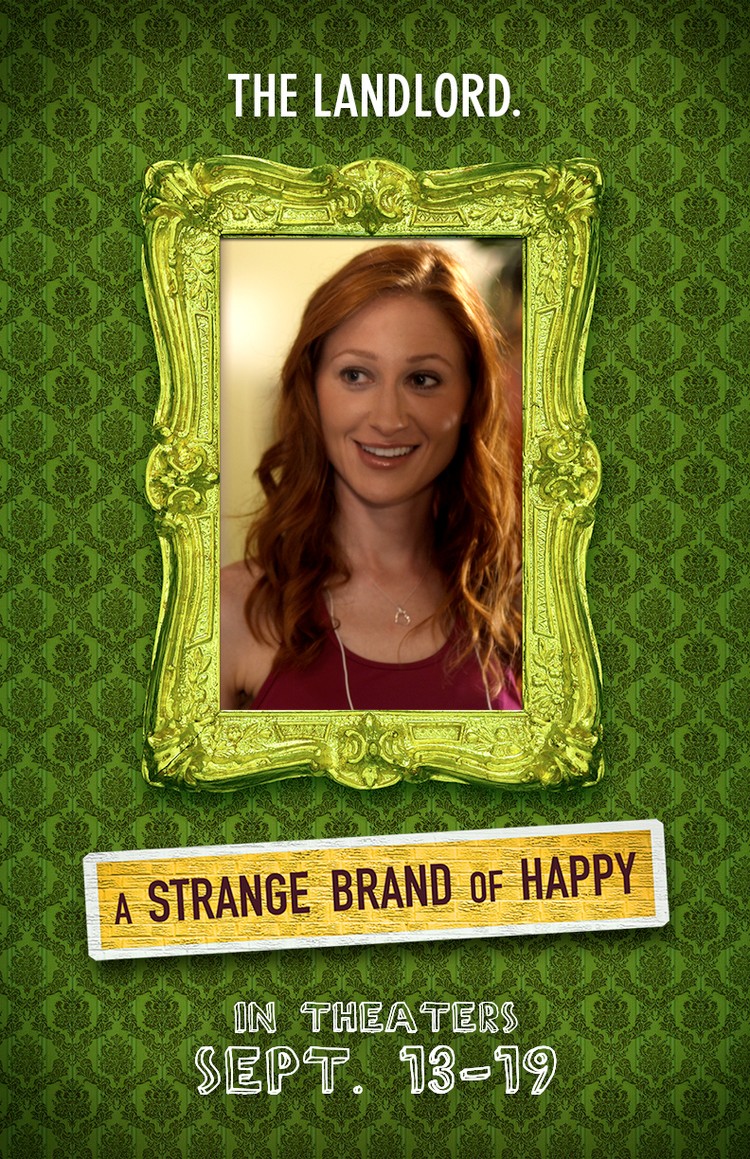 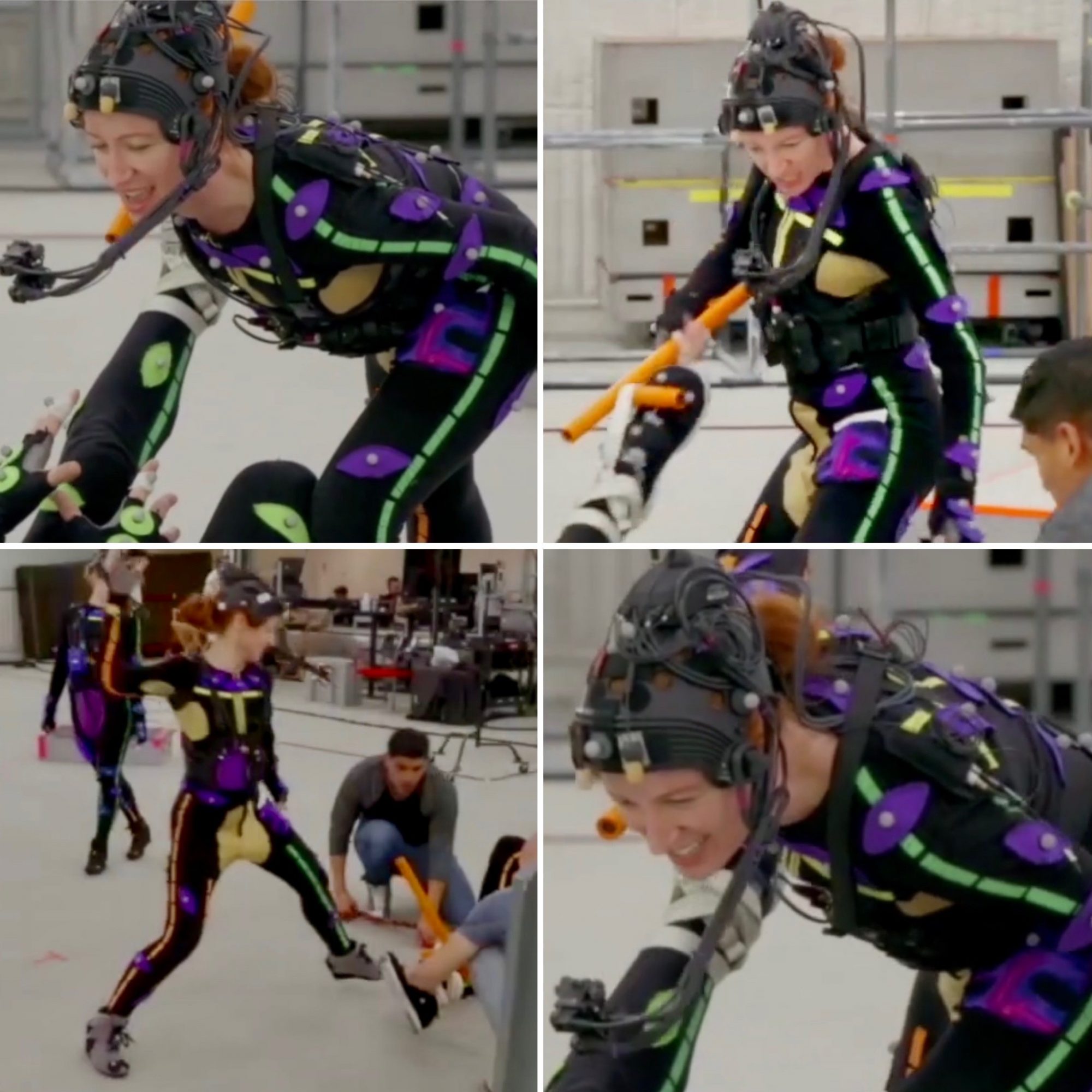 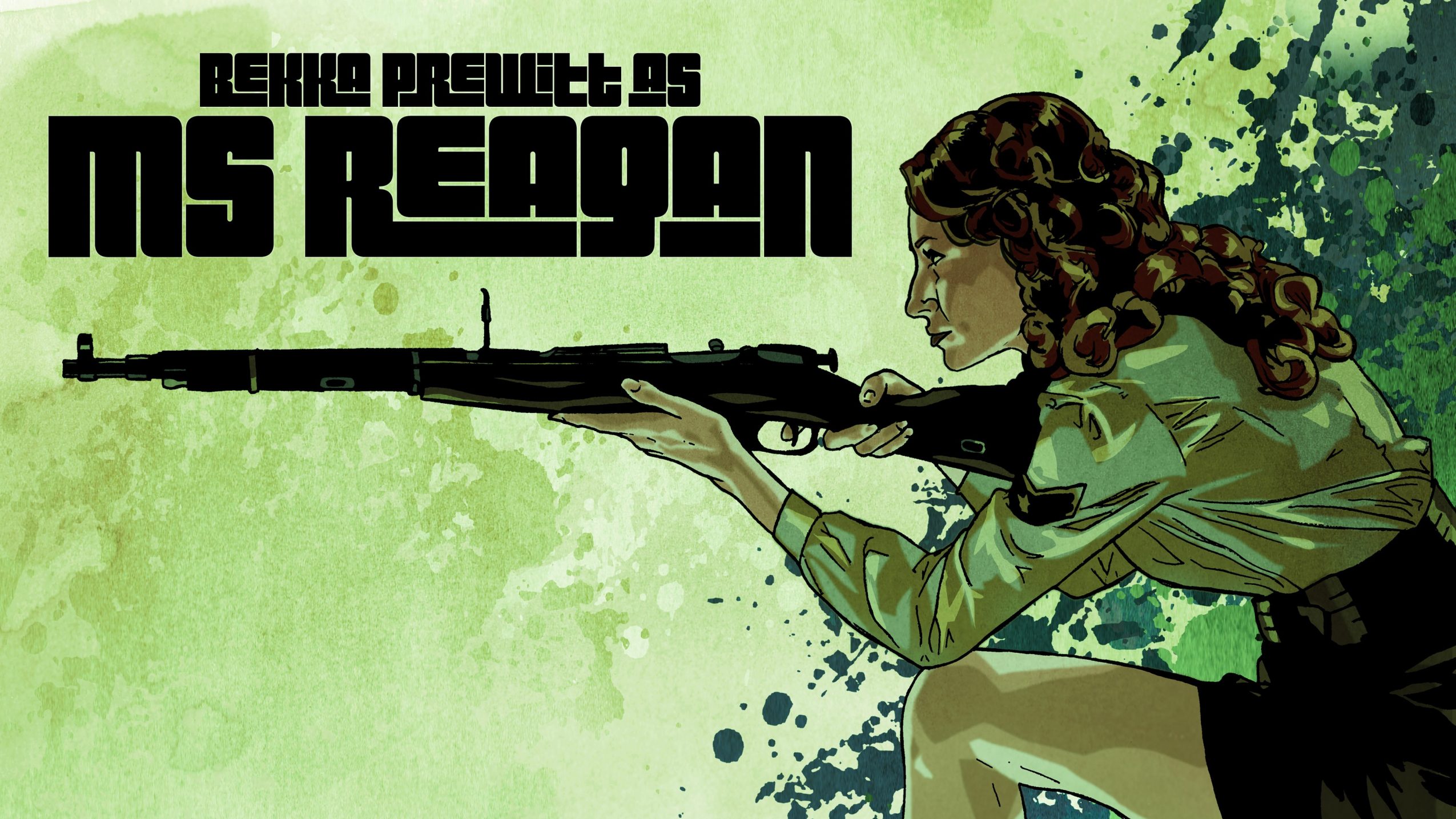 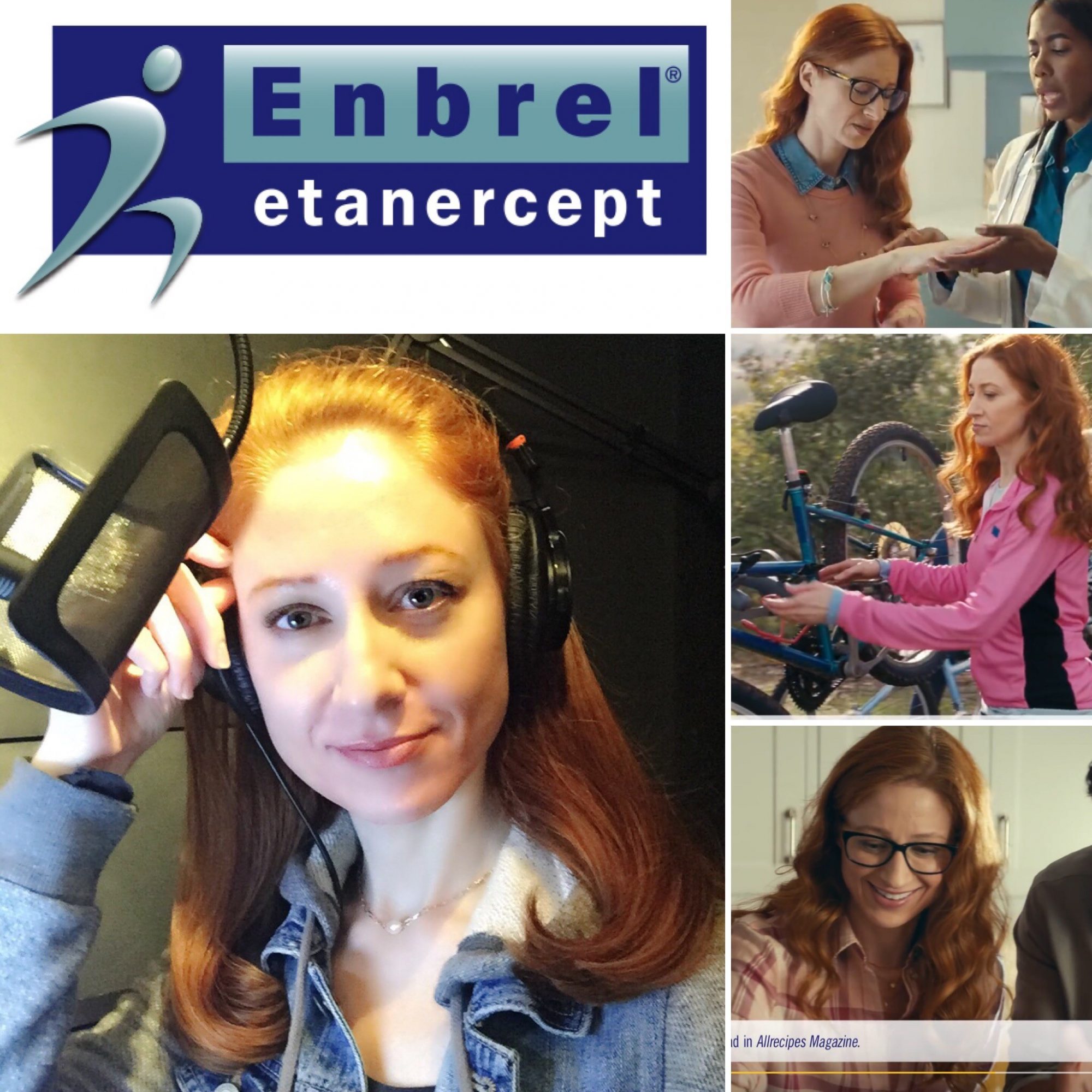 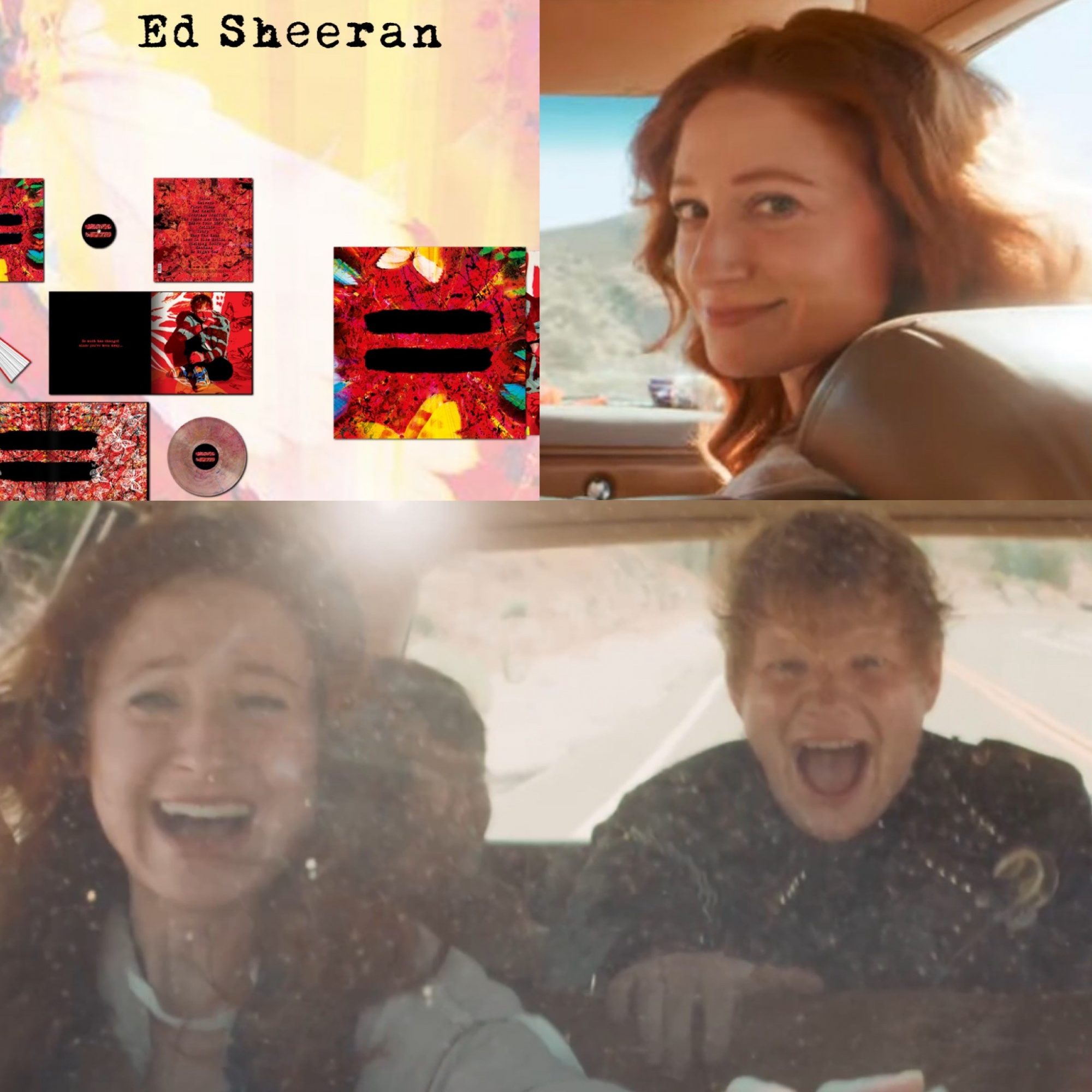 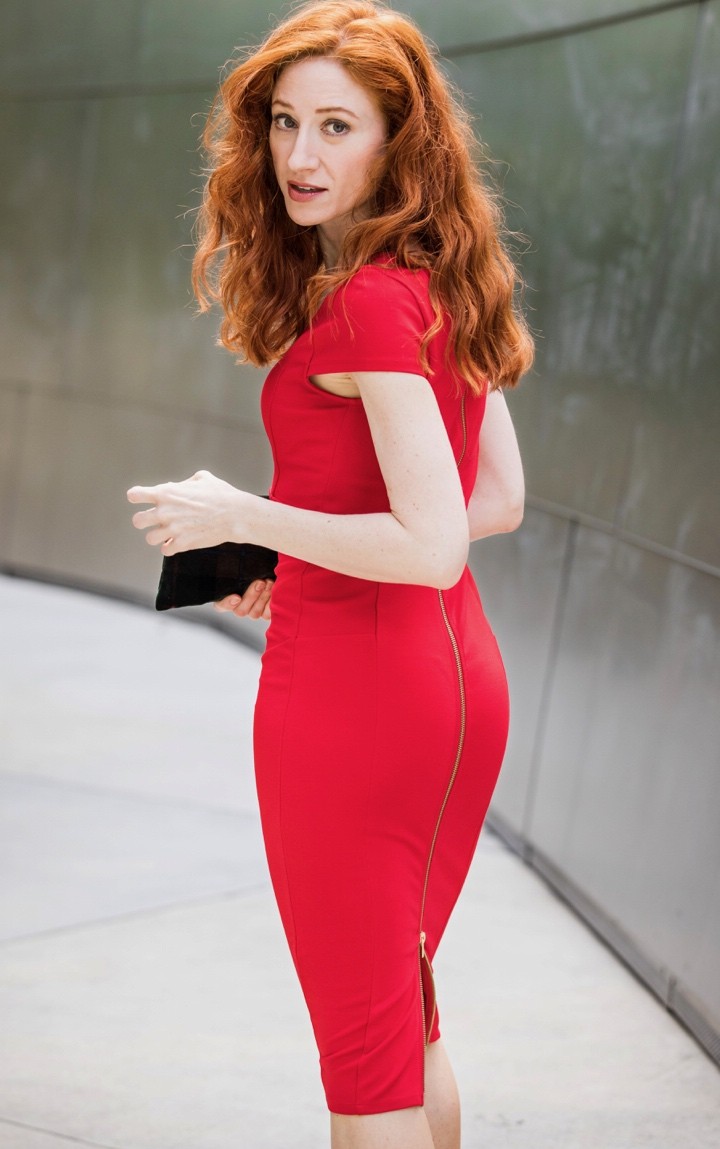 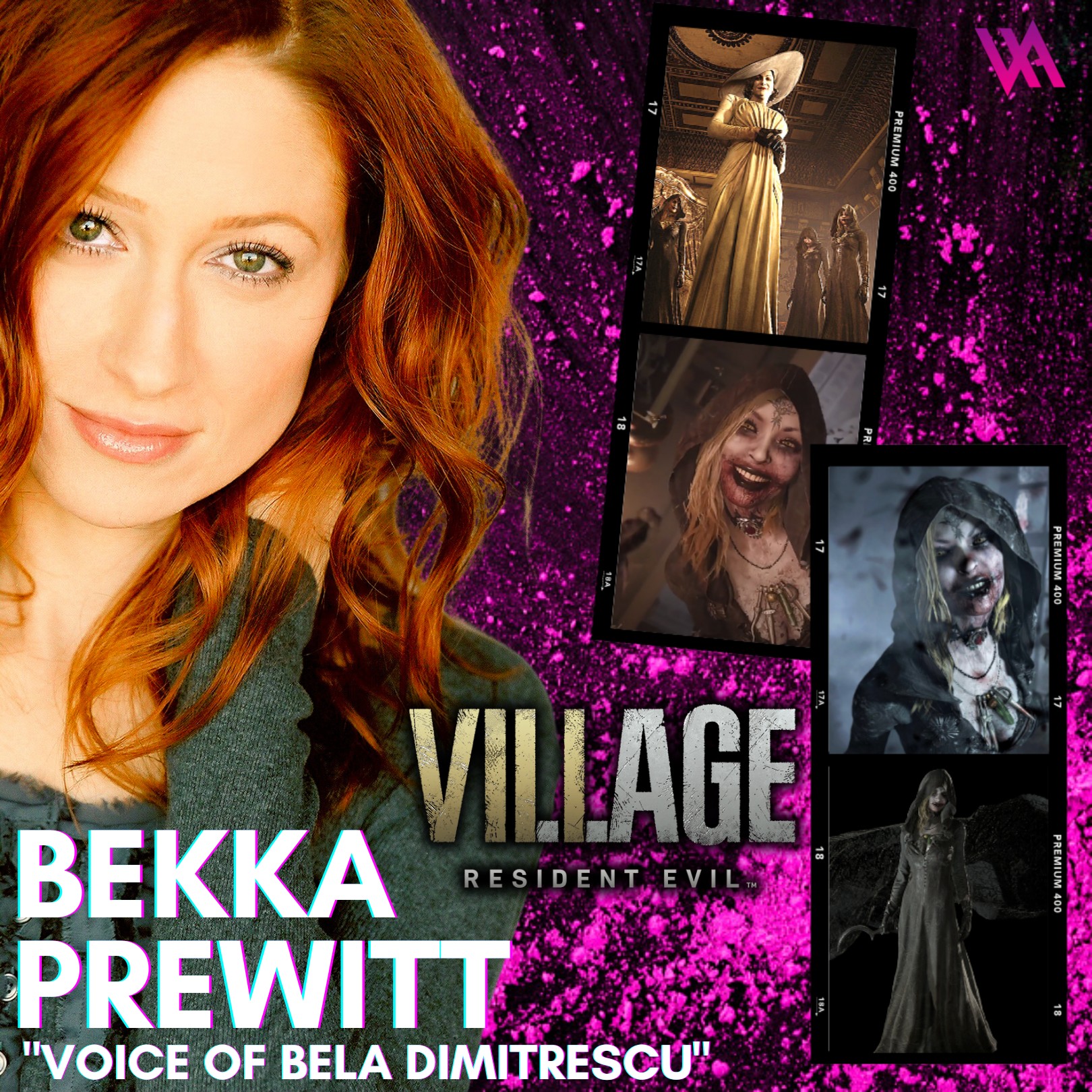 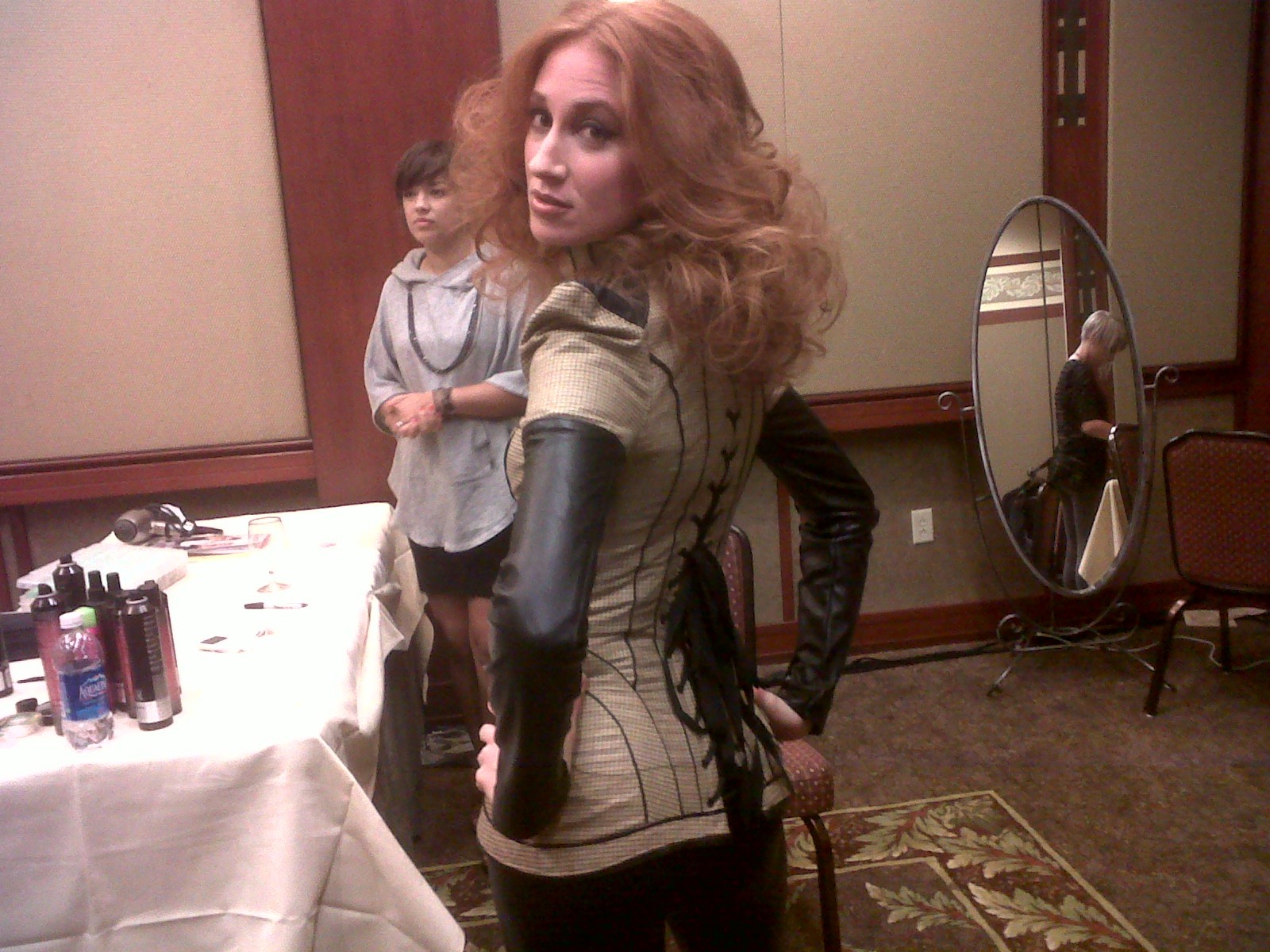