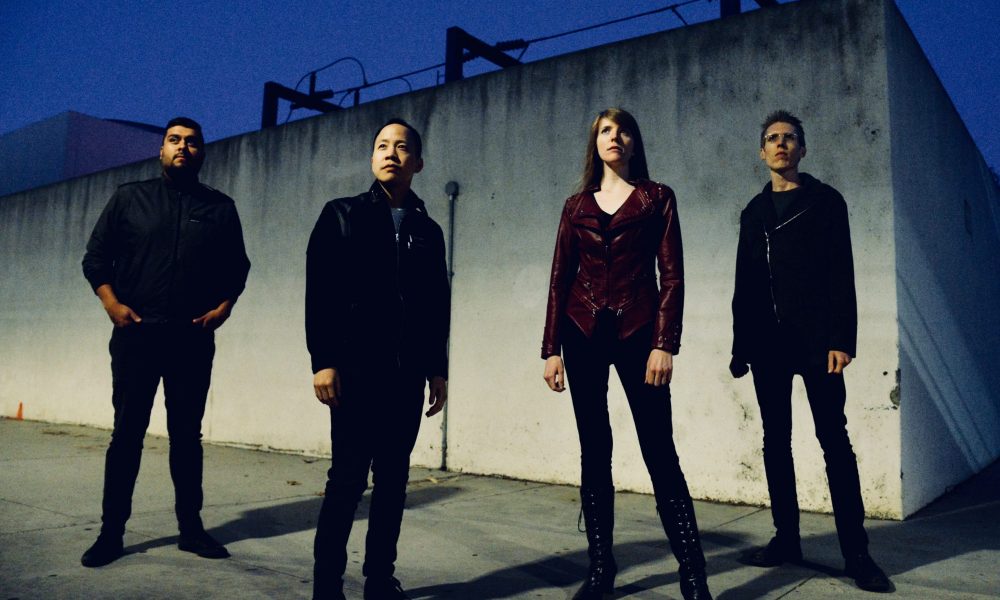 So, before we jump into specific questions, why don’t you give us some details about you and your story.
Heather: We started in 2016 when Marc and I realized that not only do we both play ridiculously big instruments (me on keyboards, Marc on drums), but we have similar tastes in music. Marc reached out to a longtime friend who played guitar, and the band was formed–but we still needed a bassist, so I posted an ad on Craigslist. Looking back on it today, we got incredibly lucky because the first person to respond was Danny, and he was perfect.

Marc: Danny started out as our bassist, with my friend on guitar and vocals. The four of us started playing together, but we couldn’t settle on a sound. Heather and I had ideas about fusing classical and prog rock, but my friend wasn’t really interested in that and decided to pursue other projects.

Danny: That left us without a singer and guitarist, but none of us wanted to give up on the band just yet. I still didn’t know Marc and Heather that well, and I didn’t want to step on anyone’s toes, but I hesitantly confessed that I was actually a guitarist and not a bassist, and offered to sing and play guitar while we looked for a new bassist and singer. And the three of us just clicked and started writing together.

Heather: Finding a bassist proved to be pretty difficult. We posted another Craigslist ad, but this time, none of the guys who tried out were a good fit. We were just about to give up on searching…but then James came along.

James: Yeah, I saw that ad and responded to it, but unfortunately, I never heard back. Several months later I noticed they reposted the ad so I decided to reply again, and this time I got lucky.

Marc: No dude, WE got lucky.

James: I was impressed by their demo on SoundCloud and was really looking forward to collaborating with these guys. After a few rehearsals, it felt like a really good fit.

Heather: At that point, we dug into writing and recording our first album…and it’s been two years in the making.

We’re always bombarded by how great it is to pursue your passion, etc – but we’ve spoken with enough people to know that it’s not always easy. Overall, would you say things have been easy for you?
Heather: For the most part, it’s been an amazing experience. We all have different personalities and backgrounds, but we’ve become close friends. There’s never been a point when we were concerned about breaking up. That’s not to say we agree on everything (we are humans, despite the band’s name): Marc still insists on writing an album about a baby harp seal–don’t ask–and we don’t get James’ ‘80s references.

Danny: But honestly, our biggest struggle to date was finding a bassist. We went through a slew of auditions that seemed to get progressively worse. We got so discouraged that we decided to give up and just be a trio, but then James replied to the ad for the second time, almost as if he didn’t want to give up on us. We agreed he would be our last shot at finding a bassist–and he was.

James: Also, our rehearsal space is like a can of sardines, and kind of a fire hazard because we have a million things plugged into one outlet. But it’s…cozy.

Marc: All of us are either working full time or have multiple part-time jobs, and Heather’s still working on her Ph.D. Balancing our obligations while still finding time to rehearse has been a struggle, but we’re very fortunate to have some stability to build off of. This band is like a family, and we’re all determined to share this unique thing we’ve created called Android Superstation.

Can you give our readers some background on your music?
We’re not really sure how to define our sound. We each come from different musical backgrounds: Heather is classically trained, Marc comes from a prog/hard rock background, Danny has his roots in punk rock, and James is into synth rock and funk. We found our sound as a band by drawing inspiration from all of these elements.

We want to create music that allows people to feel something. We live in an increasingly isolating and dehumanized world, but music is a great vector to remind people of their own humanity and to bring them together. We don’t just want to be heard; we want to make an impact on our audience.

With Android Superstation, you have on the one hand a band and on the other a source for other forms of artistic expression. We’ve created a universe that we will be revealing through our music, and other types of art like comics, stories, and maybe even videos. This opens doors for us to collaborate with other artists outside of music, like the artists who made our album artwork and comic for our upcoming record. We’ve come to the conclusion that we want to be more than just a band.

What were you like growing up?
James: I was very easy-going and playful. Loved to entertain. Music was definitely a big interest growing up. I started with the trumpet and piano in fourth grade…and eventually guitar when I was a teenager. Learning the guitar was a game-changer for me because it really enhanced my enjoyment of playing music; however, I would often have to take breaks because I caused my friends’ faces to melt whenever we jammed. My first band was called “James and the Giant Peaches.” We had lots of fun…and ate large fruit. Also, a shout out to my second band, “Mildew and the Gasmen.”

Sports were also a huge interest and I played and watched a lot of baseball, football and basketball. I was also a pole-vaulter in high school; I’m not very tall, so that skill has come in handy since then. Lastly, I was really into my baseball card collection. I still got my Ken Griffey Jr Upper Deck rookie card…does anyone want to buy it?

Marc: When I was around four years old, my parents got my brother and I a piano teacher who was an absolutely awful and terrifying old woman. Any time I messed up, she would raise her voice, grab my hand in a rough manner, and push my little fingers onto the ‘correct’ keys. I hated every minute of it and I had nightmares about the next lesson every week. Somehow I managed to be a decent pianist, although my heart was never in it and upon leaving Germany, I knew I was finally free of this tyrant. One time, my family went to a Schützenfest and in the beer tent, they had a Bavarian oompah band playing that included a drummer, guitarist, a trumpet player and a large tuba player. While I don’t remember their music, just the look of the beautiful drum set was enthralling. After that day, I dreamed about drumming. I didn’t vocalize my love of the drums until the sixth grade. My mom was sympathetic to my desire to play drums and got me started on lessons. While I had completely forgotten how to play the piano in the meantime, I had enough lessons to run with it. I must add that, despite the bad piano teacher, she did instill in me a sense for melodies and some musical sense. It was not until Android Superstation that I really started becoming comfortable composing melodies. Playing drums as a melodic instrument was for a long time a concept I wanted to do but I also wanted an outlet for composing melodies for other instruments as well. With Heather’s help and the kind patience and support of Danny and James, I finally came out of my shell to contribute to our music compositions.

Heather: I was…quiet. I always had my nose in a book, except when I was practicing piano. My parents are both musicians and got me started on piano when I was pretty little, around five. I had other interests, to be sure–reading, science fiction, writing, camping–but everyone just knew me as the weird, nerdy kid who would come to the school talent show in a sparkly velvet dress (pure 1990s glory) and play some flashy sonata. To be fair, music was a huge part of my life–beyond playing piano, I was a clarinet player and drum major in my high school marching band and decided to major in music. But I always knew there was more to life than Mozart, and when my undergraduate curriculum introduced me to experimental music, I fell in love. Now, I’m the weird, nerdy adult who shows up in all black and plays with synthesizers. An improvement, if you ask me.

Danny: I was always the troublemaker out of all my siblings. My parents wouldn’t let me stay home alone, not even for a second, as I couldn’t be trusted. Middle school was a turning point for me because that was the year I picked up the trumpet. I fell in love with playing an instrument and learning what felt like a new language and a different way to express myself.

Come high school, I was always in the band room ditching class with all my fellow degenerates. I was a band geek at heart, but mentally I couldn’t care less about everything else. One day a friend of mine gifted me a few punk rock records and he himself was in a band. I thought it was the coolest thing to be in a band that didn’t involve orchestral instruments. The music I was listening to was fast, angry, had something to say, and it wasn’t composed with these grand arrangements. I was doing that already in school; now I had a chance to make my own music and my own message to sing.

I played in a lot of bands throughout the years, but most of the other people romanticized being in a band and left when it became work. Having my music heard has been a dream of mine for years now, and it’s something I’ll keep pursuing. 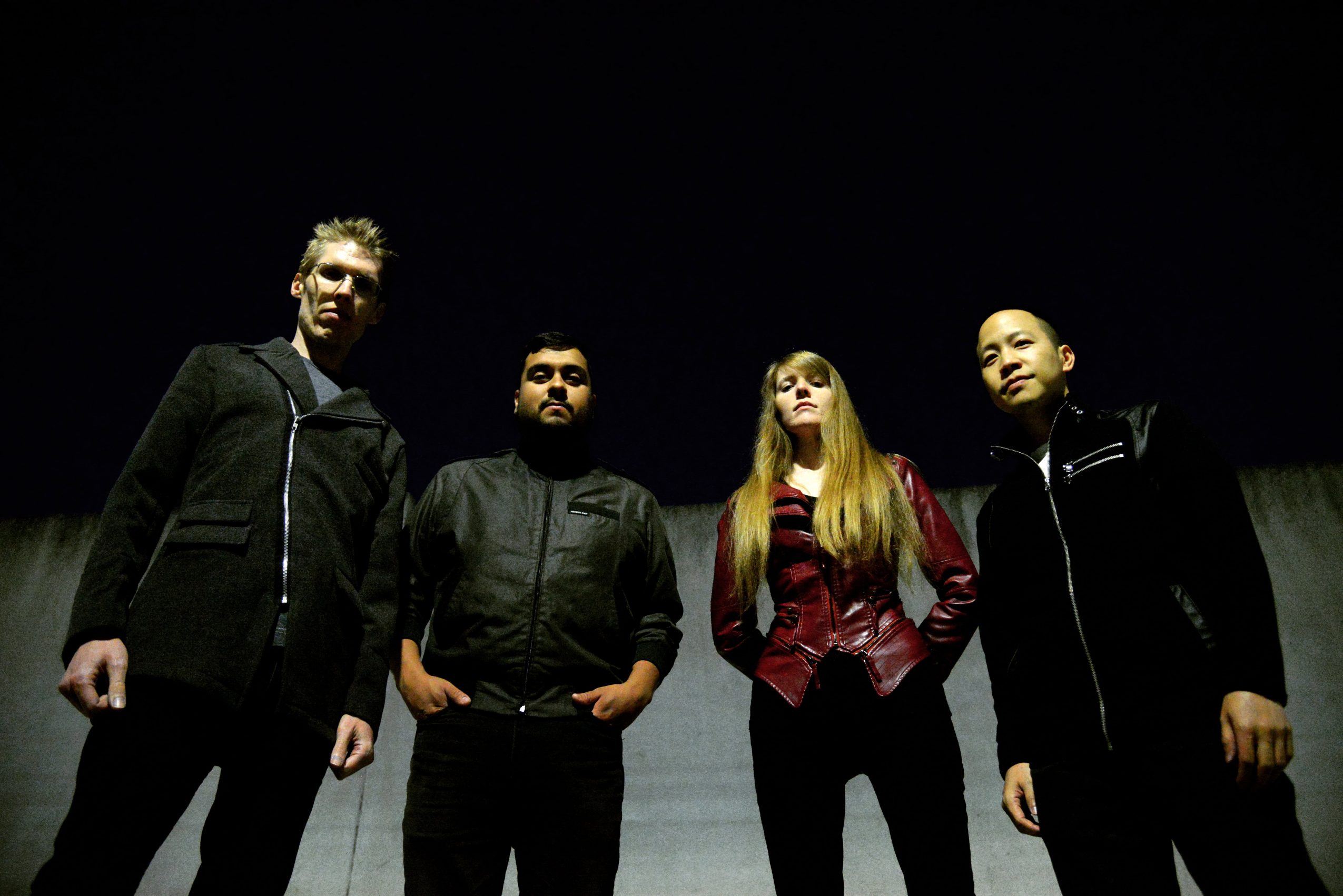 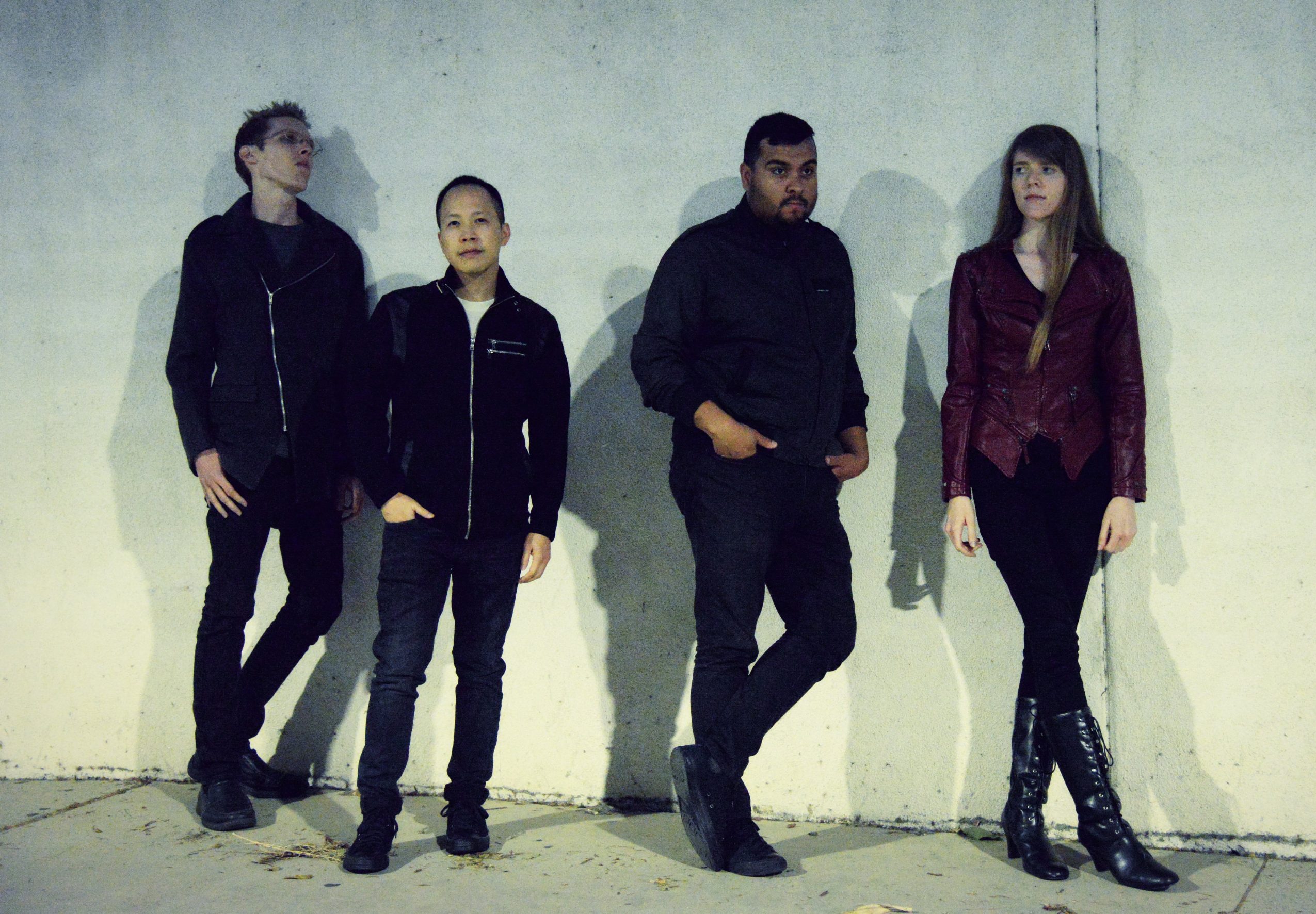 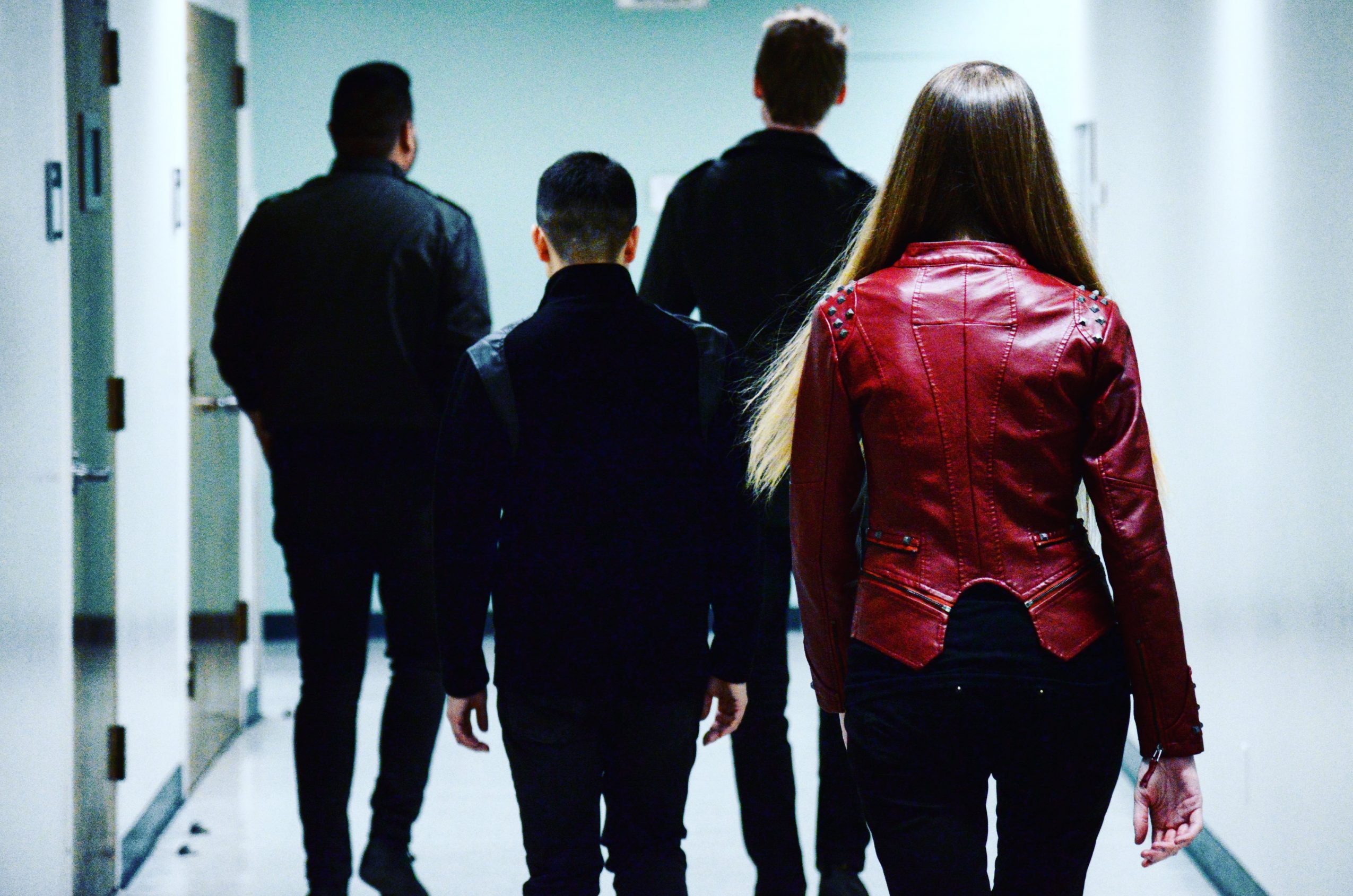 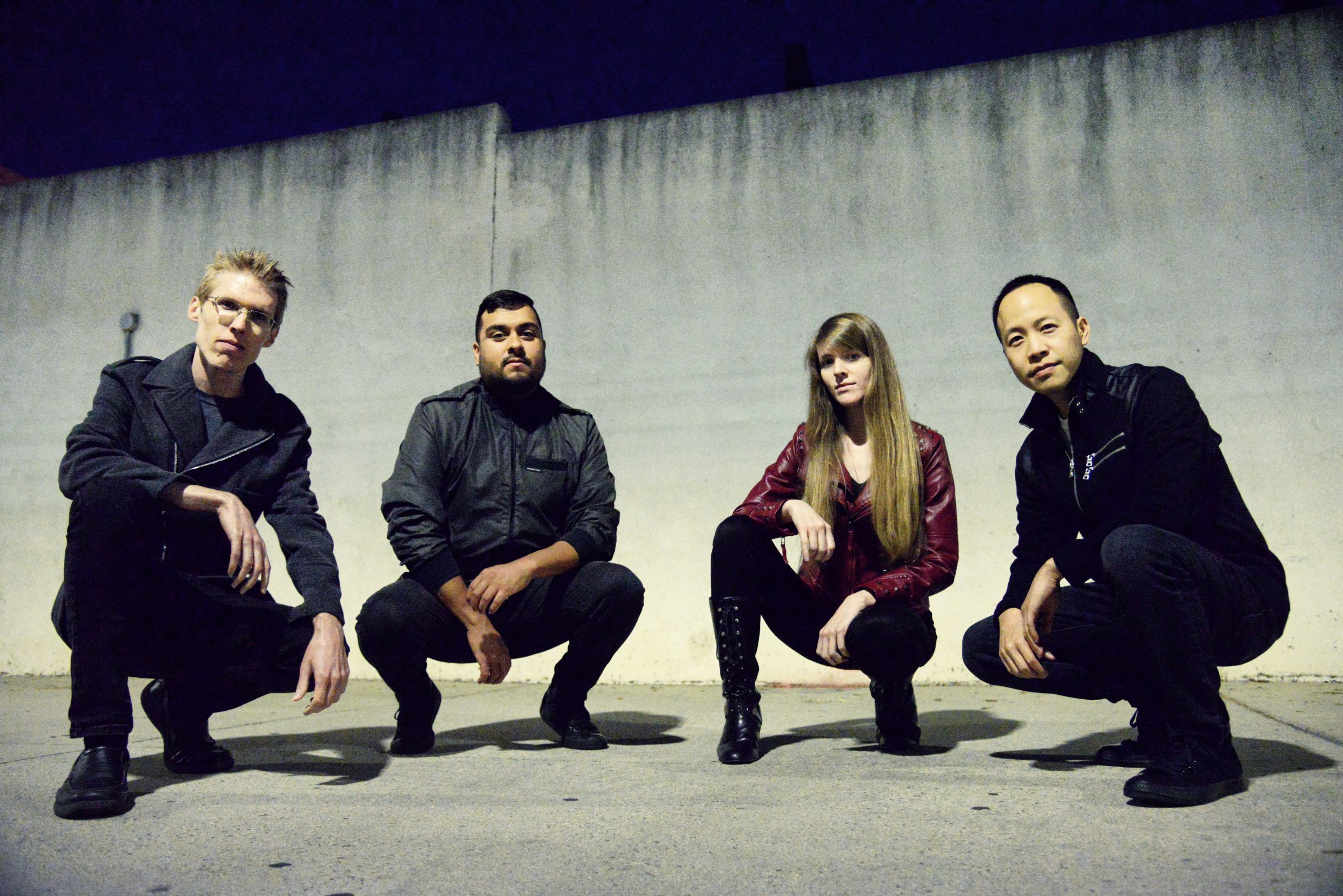 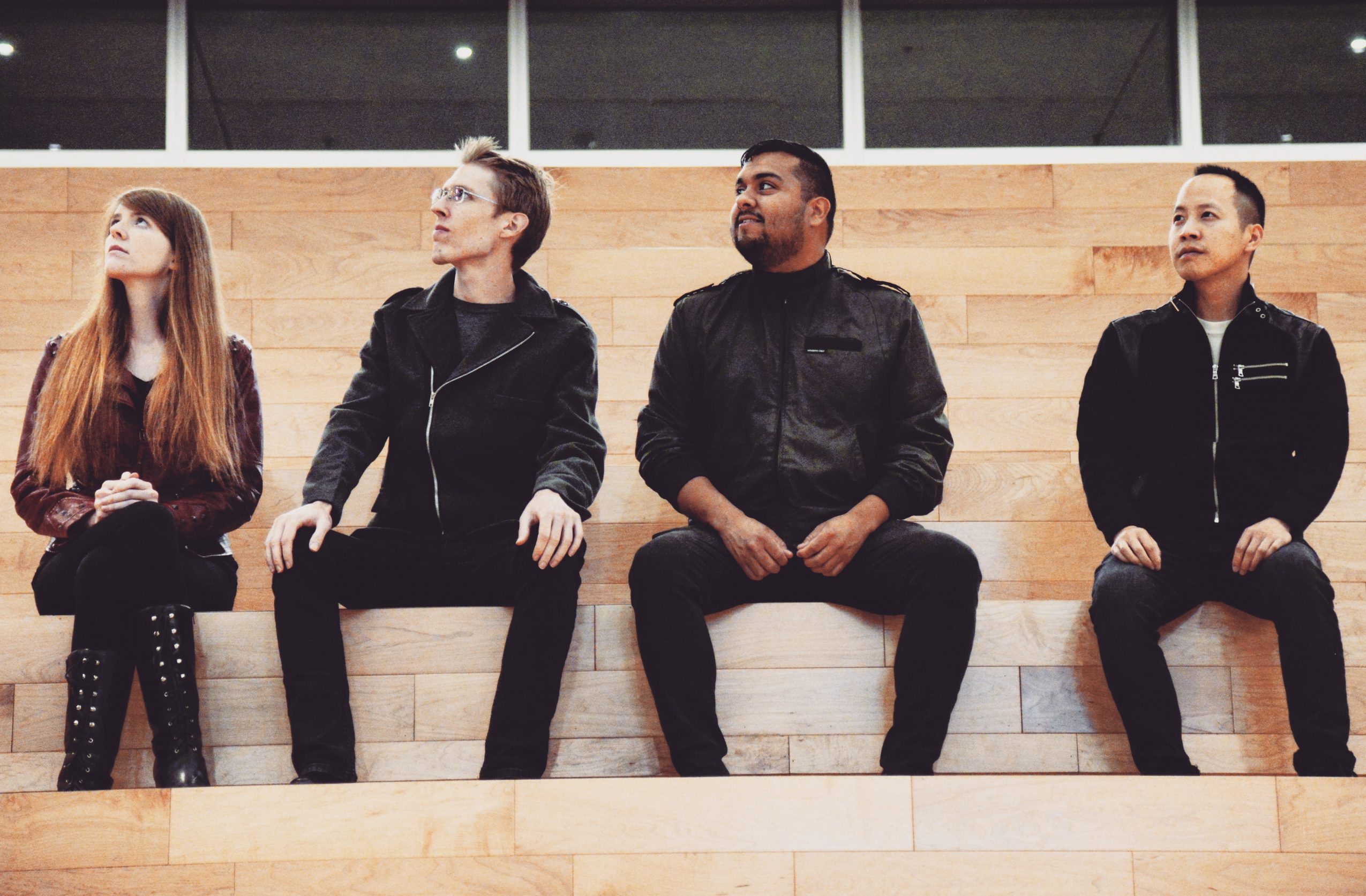