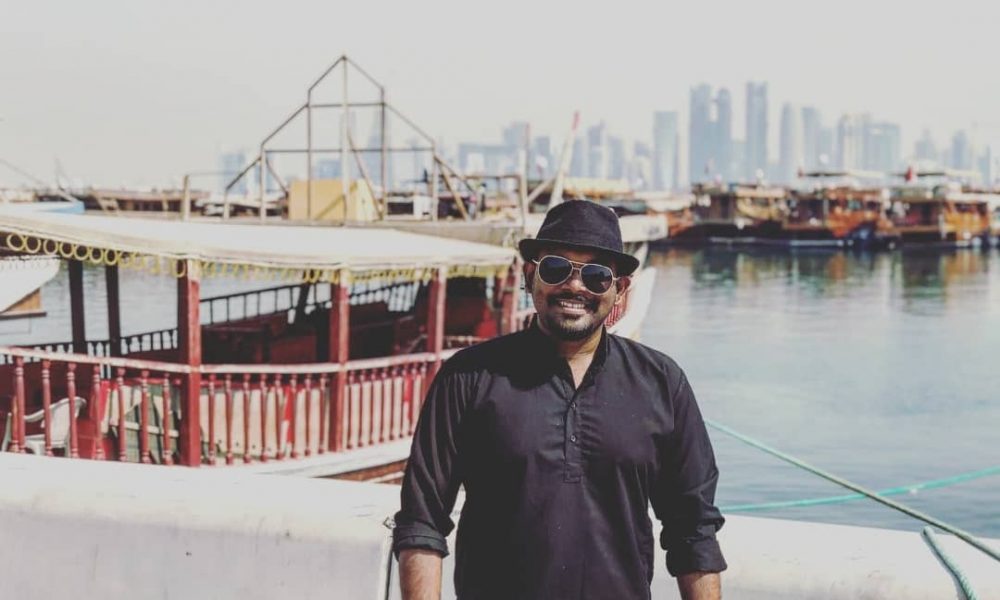 Today we’d like to introduce you to Ambarish Nag.

Thanks for sharing your story with us Ambarish. So, let’s start at the beginning and we can move on from there.
Music came from my mom. She used to sing during her youth and was a trained Hindustani Classical vocalist. When I was very young, she noticed I would pick up vocal melodies and rhythms pretty fast and when I was six years old, she got me into learning this Indian percussion called the tabla. Although I was not very keen on learning it in the beginning (and would always make excuses to avoid classes), I grew fond of it as I progressed. At the age of eight, I had my first stage performance with the instrument. I eventually ended up with a junior diploma in tabla.

I’m originally from a small town called Tura in this Indian state called Meghalaya but when I was 11 years old, we moved to the city of Guwahati of this neighboring state called Assam. My mom always wanted to learn the guitar but she couldn’t. Seeing that my new school had music as a subject, she put me into learning the guitar. I learned the basics there and played only a couple of times during my entire school life. I would just play the instrument on and off at home.

It’s when I moved to the city of Pune in Maharashtra for my Bachelor’s program that I realized my passion for music. I started to look for musicians in my college and ended up forming a band called ‘Stotra’. We played together for a year and a half and played a couple of good venues, Hard Rock Cafe, Pune being one of them.

I then went on to do my Masters in Human Resources where we formed a band called ‘The Richman and Co.’ and participated in Deloitte’s Maverick War of bands which were held at a National level for B Schools across India. We ended up winning the competition.

When I started working in a company upon graduating, I figured that I had to do music full time. After that Musicians Institute happened and I moved to LA where I did my Associate of Arts in Guitars with emphasis on Independent Artist Program (IAP).

I recently released my first single, ‘Feel Alright’ across the world on all major digital platforms and am currently working on a few more tracks of my own and covers.

Overall, has it been relatively smooth? If not, what were some of the struggles along the way?
It hasn’t been a smooth road at all. No journey worth living is ever smooth.

I was not a very outgoing kid in school and I think that’s why I played only a couple of times where now I feel I could have played more.

While in my Bachelor’s program, I realized that music was my calling. But being raised in a conservative household, I had to go through this social rule of completing my education which ends only after obtaining a Master’s degree. Hence, I went on to do my Masters.

After I started working and had the realization that I had to do music, it took me almost nine months to convince my parents that I wanted to leave my job and take up music full time. I myself was confused at a point of time because the money was good and I was slowly settling for it. But then, there came this point where although I was earning money, I was not satisfied with the time and amount of music that I was doing, which was pretty less of course.

To be honest, I did not want to go to a Music school, to begin with, because I believe that music comes from the heart and is not something that needs to be learned. But my parents wanted me to. So, I joined and joining a music school turned out to be one of the best decisions because it taught me the discipline needed to be a musician and an artist.

Please tell us more about your music.
Well, my key instrument is the guitar. But I also sing and can play various percussions and bass (thanks to the tabla).

I love composing and have been working on my original material. I have released a song called ‘Feel Alright’ worldwide across various major digital platforms.

The link to that is:

I have also started to collaborate with other artists. My first collaboration is with this Indian vocalist and we are doing a blues cover version of a classic Bollywood song which will be released on YouTube soon. So, stay tuned for that!!

We did our first show as ‘The Ambarish Collective’ at the Whisky a go go in July this year just before I left for India.

I also played a lot of open blues jams around LA as I love the blues. I was involved with the six String Showdown blues community in LA.

The thing I think that sets me apart from others is that I don’t restrict myself to a particular genre of music. My setlist would consist of songs which are Alternative Rock to Reggae to Pop Rock to Blues to even Hard Rock. And I love experimenting with a lot of Indian Classical music.

If you had to go back in time and start over, would you have done anything differently?
Ummm, I think being patient and getting the basics right, learning to work with people along with the right strategy goes a long way. If I ever had to restart, I will follow this very wisely. But I hope that day never comes, fingers crossed! 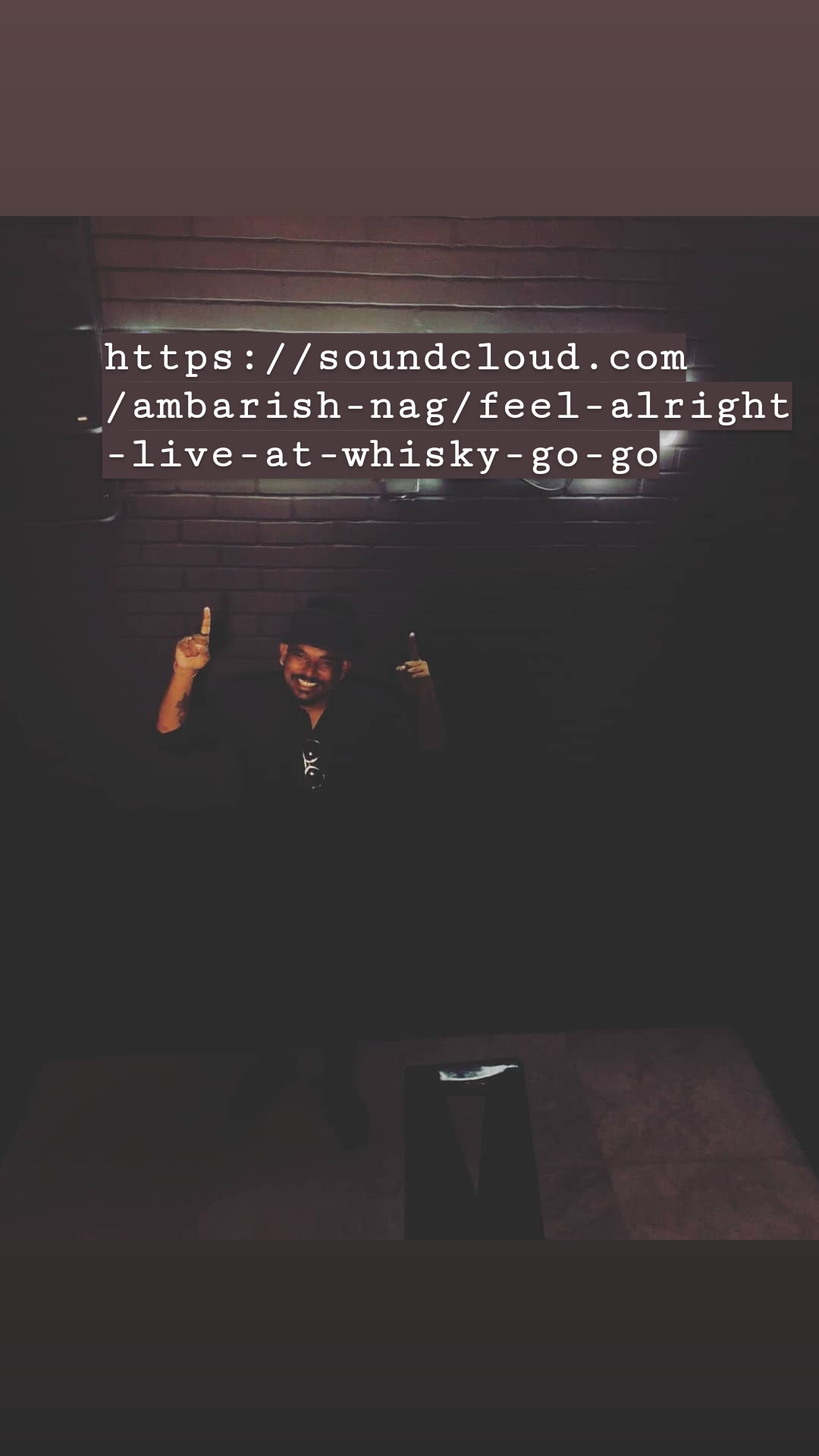 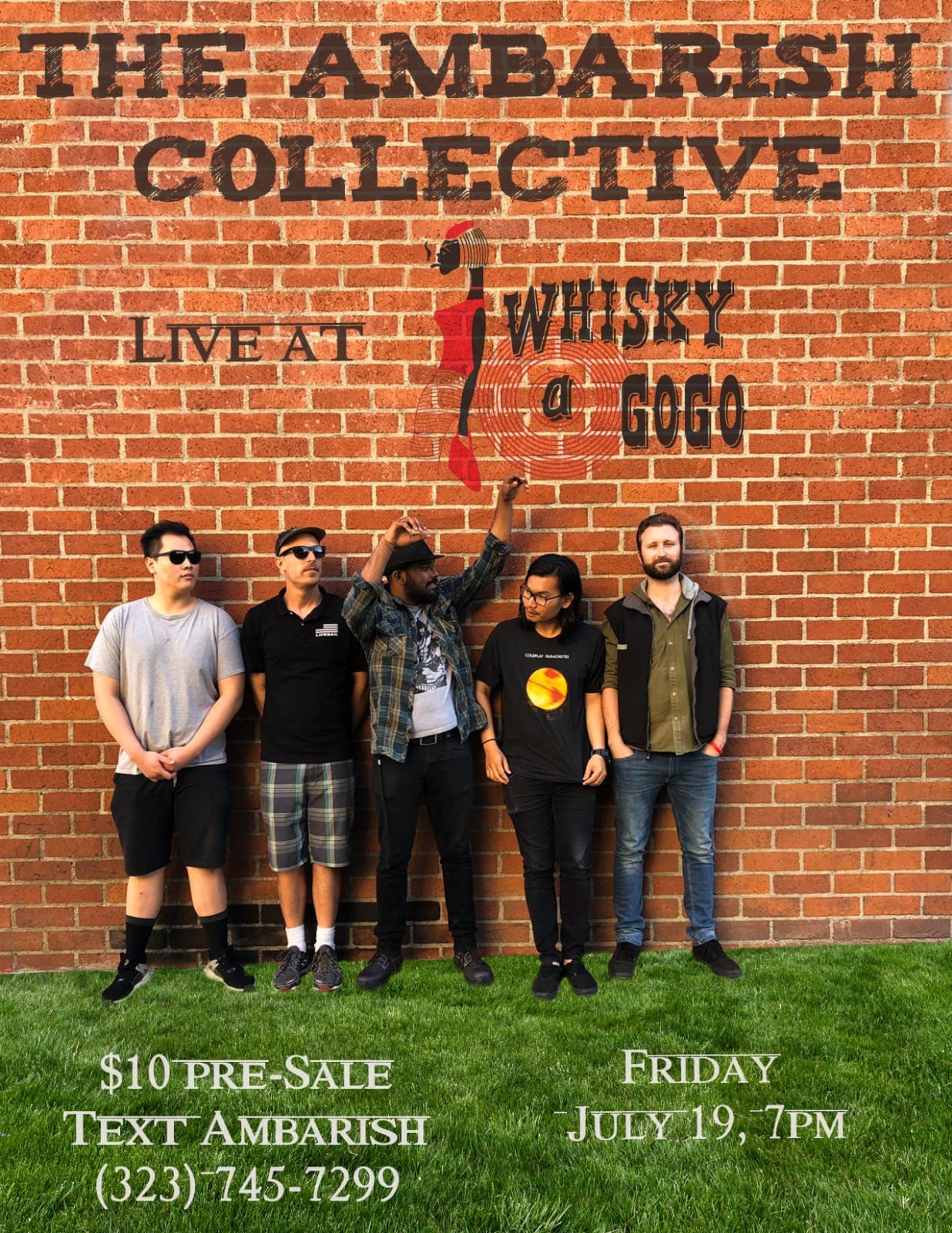 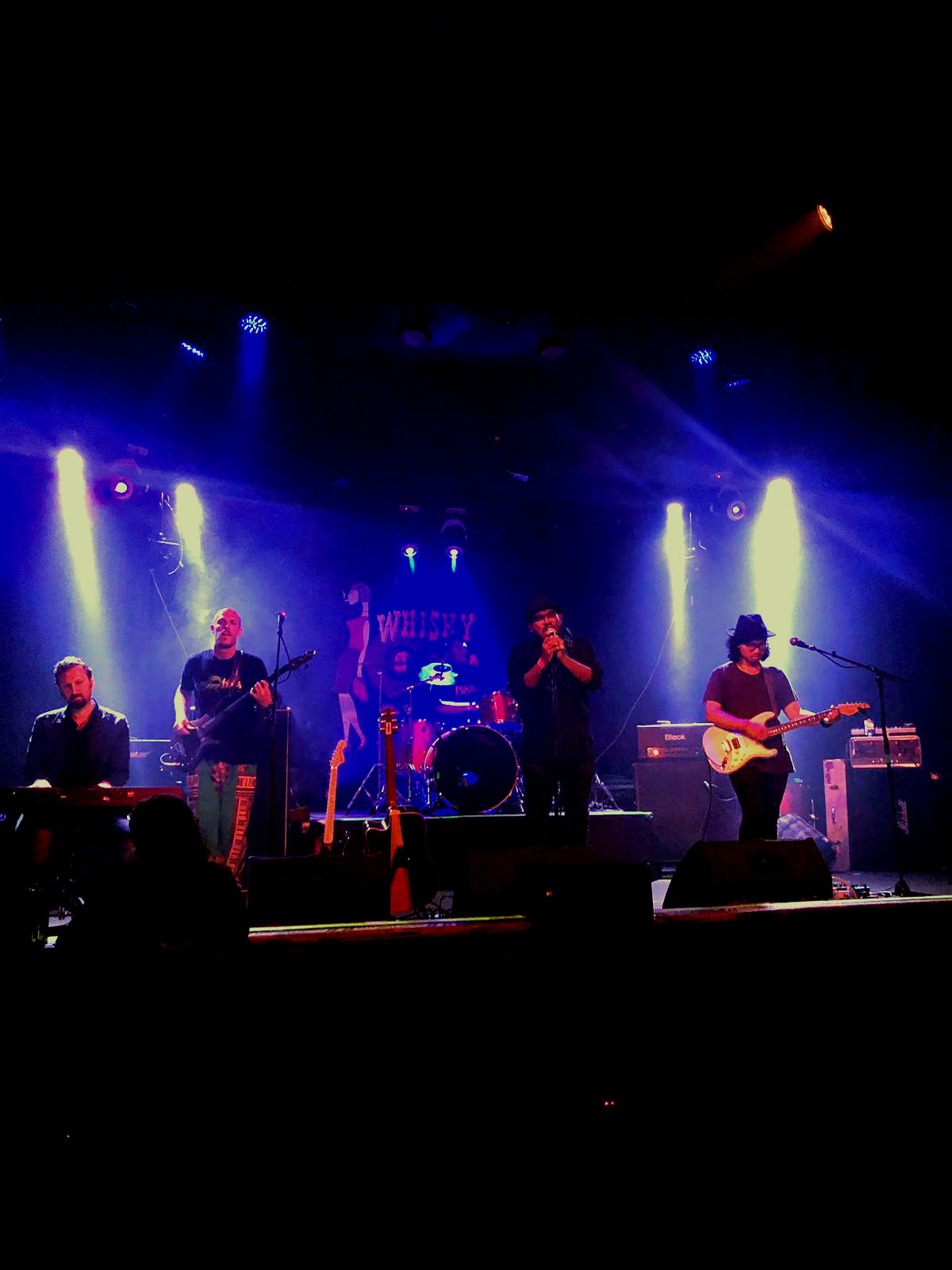 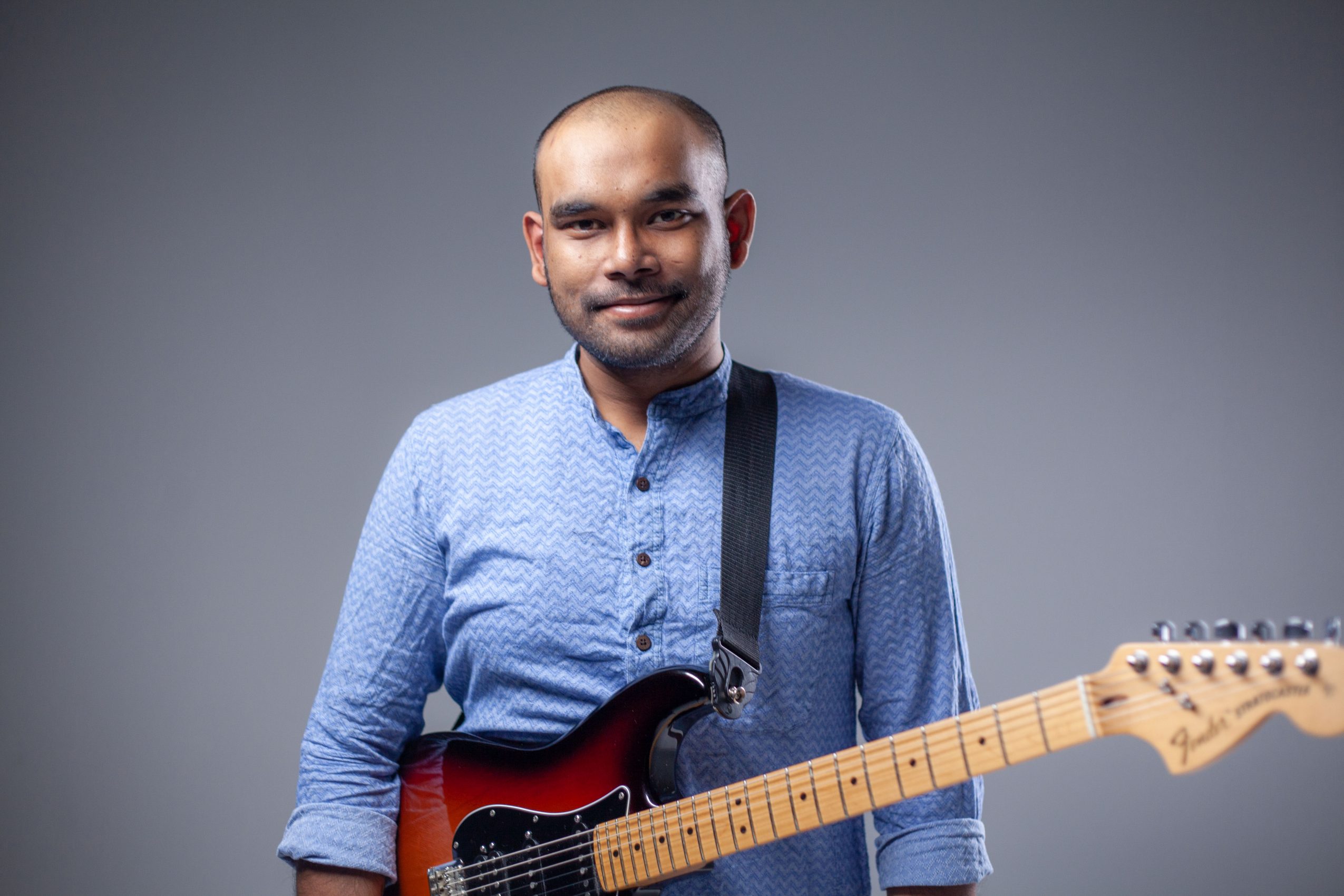 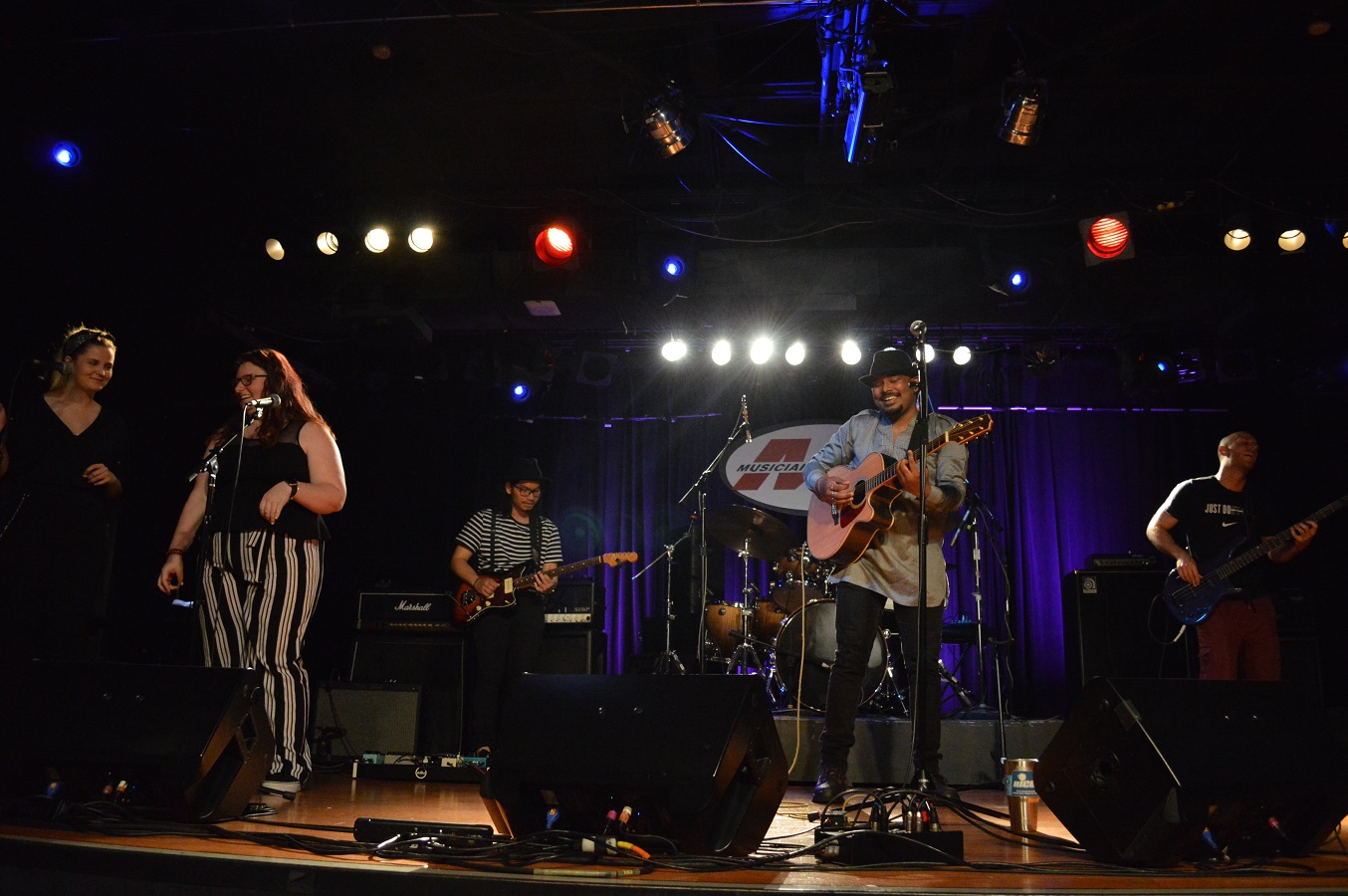