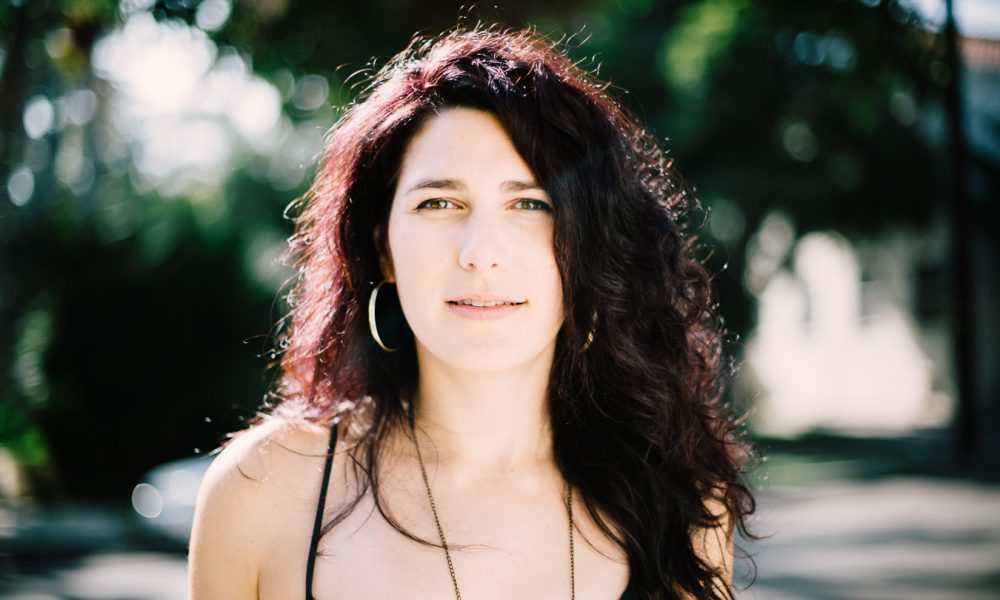 Today we’d like to introduce you to Allie Guillerm.

Thanks for sharing your story with us Allie. So, let’s start at the beginning, and we can move on from there.
In my later teen years and early twenties, I really got into music; I was playing in a band, and all of my friends that I made were a part of this music scene in my Western Massachusetts hometown. We’d listen to punk rock records and go out to shows. They’d party all night, and I would at some point leave, go home, go to bed, wake up and go to the gym. I was a closet exerciser – I was eating healthy and going to the gym during the day while all of my friends were fighting off last night’s hangover.

When I graduated from college, I made my way into the music industry, working at a distribution company and then a few record labels. I moved to New York in my mid-twenties, moved back to Massachusetts for another label, and then eventually made my way out to LA. The whole time I was in this industry I watched it change; I watched people get laid off, I watched the way things used to work turn into other jobs, and I grew tired of having to bartend to support my dream job.

The whole time I was also struggling to find a work-life balance, and exercise was always the first thing to go, but the thing I needed the most to stay happy. Once I moved to LA, my normal gym routine was a lot harder to recreate. I had a hard time finding a workout that was convenient, affordable, and one that I liked. I was working at a bar in Los Feliz, and a girl I worked with (who was in INSANELY good shape) told me that she was getting her Pilates certification. She recommended some people to look up on YouTube, so I began some at home mat workouts.

When the studio she was getting certified through was opening a new studio in Echo Park, she signed me up for a free 1-month membership to the newly opened studio, so I committed to taking her classes three times a week. It was my first introduction to the reformer, and I fell in love with Pilates. The month ran out, and I realized that I couldn’t afford to take Pilates any more! A few months later, doing YouTube videos, paying more money than I could afford to sneak some classes in, I decided that I would just learn for myself, steal all the knowledge, and just be able to do Pilates on my own forever.

I didn’t realize that I would also fall in love with teaching. My certification program was a 500-hour program, of which, 200 hours were one-on-one private lessons. I have always loved working with people, but this was a whole new level. I love watching people grow and get stronger, to see them have a moment when they realize that they can now do something that they never used to be able to do! So this is when it all came together. If I couldn’t afford Pilates, that meant there are a lot of people out there who also can’t.

I would workout (doing required self-practice hours) in the studio on my own and blast Punk Rock, 80’s New Wave, or Metal, and then the second someone else entered the studio I’d have to switch the music to some milder version of acceptable. I started to dream about my own studio one day, and the idea was born. I wanted to create a studio that I would want to go to myself – one that is affordable, and makes Pilates obtainable to everyone and any BODY, a studio that plays good music, music that drives you, music that fuels your workout!

I also wanted to make it a place that is comfortable to people who aren’t comfortable in your average studio. The people who maybe have never done Pilates, who look in and think “that’s not for me” because they may be intimidated – I want a studio to be for those people, for the counter-culture, for the person whose doctor told them Pilates would help with their back problems, but they think Pilates is just for rich moms who take classes while their kid is at soccer practice.

Pilates Punx is a studio for anyone who is ready to take care of their body, but they don’t need it to be a whole spiritual experience.

Overall, has it been relatively smooth? If not, what were some of the struggles along the way?
Yes and no. Quitting my steady job to go all in was a scary move, and I did it knowing I didn’t have enough work lined up. I was bartending and teaching Pilates and the hours conflicted too much. So I saved up some money and decided to go strictly pilates, but the studio that I taught at closed one of their studios and required me to be available certain hours without filling that time with clients, so I wasn’t getting paid. I took on my own clients, visiting their homes; I was saying yes to everything, which leads to working seven days a week.

I also found that when a client wants to take private Pilates to eventually move on to group classes, it leads to losing my private clients when I send them to someone else’s studio, even if it was my group class AT that studio

I was driving everywhere, and then I eventually started losing my voice. I struggled for about a year with chronic laryngitis, and it got really scary; there was a moment where I was just crying not knowing what to do because no doctor could come up with a solution as to why I kept losing my voice. I ultimately used this as fuel to work on opening my own studio, so that I could still teach, but also hire other instructors so I’d always be a part of this world I wanted to create, but I’d be able to have a few roles. Some other obstacles are, of course, the nature of a client-based business where, if someone goes out of town or is sick, you lose work.

We can always prepare for our own vacations but realizing that some weeks if two people are out of town, it affected me greatly. There’s a hard balance – finding clients who are consistent and reliable, who want to work out regularly, and who are around! I also found that when a client wants to take private Pilates to eventually move on to group classes, which leads to losing my private clients when I send them to someone else’s studio, even if it was my group class AT that studio.

Finally, it’s a struggle to be a new business owner. Seeking financing to open a new business, even from companies that focus on small businesses is a job! No one wants to lend to a person who needs the money, so I’m running into a lot of Catch 22’s. I met with a business adviser and experienced some real sexism that I had been lucky enough to not experience up until then. It’s been a lot of getting beaten down, so I would say that being a business owner takes a considerable amount of determination.

Pilates Punx – what should we know? What do you guys do best? What sets you apart from the competition?
Pilates Punx is Pilates instruction. There is certainly no shortage of Pilates in Los Angeles, but what we specialize in is instruction that I consider “Classical Pilates meets Contemporary Pilates.” Now, if you aren’t a Pilates nerd, this means nothing to you. But there are basically two schools of Pilates – Classical, which is what Joseph Pilates created, originally called Controlology, it is slow, precise, and a set ordered regimen, and Contemporary.

Classical Pilates is life changing and the building blocks for all other Pilates. I got a Classical Pilates Certification and learned about muscles I never knew I had and grew an inch in height! This style of Pilates is safe for people with injuries to even just walk into a class. There are people who love this style, while there are others who show up to class, claim they didn’t break a sweat, and deem that studio or instructor too easy/bad/boring.

Then there’s Contemporary Pilates which uses these building blocks, but drops the springs down, ups the number of reps, and makes the class flow a little more because you can create the order rather than following Ol’ JP’s set order. It’s basically a whole new bag of tricks based on the regimen that works. It’s fun to teach, people DO break a sweat, but sometimes people go in, and it’s not as kind to their injuries.

I mix the two to create classes that feel good, but challenging, and offer modifications for injuries. There are a few other styles of Pilates where it’s a fusion hybrid studio (i.e., PiYo, Pilates + Spinning, Pilates + Circuit Training) and there are studios that have created their own thing/new machine/version of what was. Pilates Punx is strictly Pilates – a mix of contemporary AND classical, which you don’t tend to find at one studio.

Most of all, our musical element sets us apart from others. Music is very secondary in many studios, and most studios just play music for the masses. When you go mainstream, you may be able to make more of the average clients happy, but you also can turn people off. I used to pop my headphones in at the gym to drone out the pop music played over the speakers.

While it isn’t mainstream and may be less inviting to some, my hope is that Pilates Punx creates an environment for all the people who don’t want the “untz untz” beats but want to be driven by music that helps them to have fun and forget that they maybe once hated working out. I think that the Punk Rock aspect is what sets us apart from the other studios in the area, but I’m proud that the quality of instruction and client care is what stands out.

I’m proud to be able to have an environment where men and women will be comfortable taking classes, a place where those who are already strong and those who want to get stronger, people looking to fix or prevent injuries, young or old, all fit in and leave feeling great!

What is “success” or “successful” for you?
I’ve had people telling me that “I’m successful” since my twenties, but for me, merely holding a job and paying bills wasn’t a level of success. Getting my certification was a step toward success.

Teaching Pilates full time was a step toward success. I don’t know if I’ll ever feel successful because my personal criteria will always change for that as I always want to grow. But I have moments where I realize how much I’ve helped a client, touched their life, helped them reach a goal, read a good review, and these are moments that I can recognize as a success.

I think that having a fully running studio that does well, a large base of happy clients, and instructors who work for me, owning a studio that matches my vision and aesthetic is what I currently see as success; I’m sure growing my business will quantify as success.

Almost as sure as I am that my definition of success will change as soon as I reach that goal. 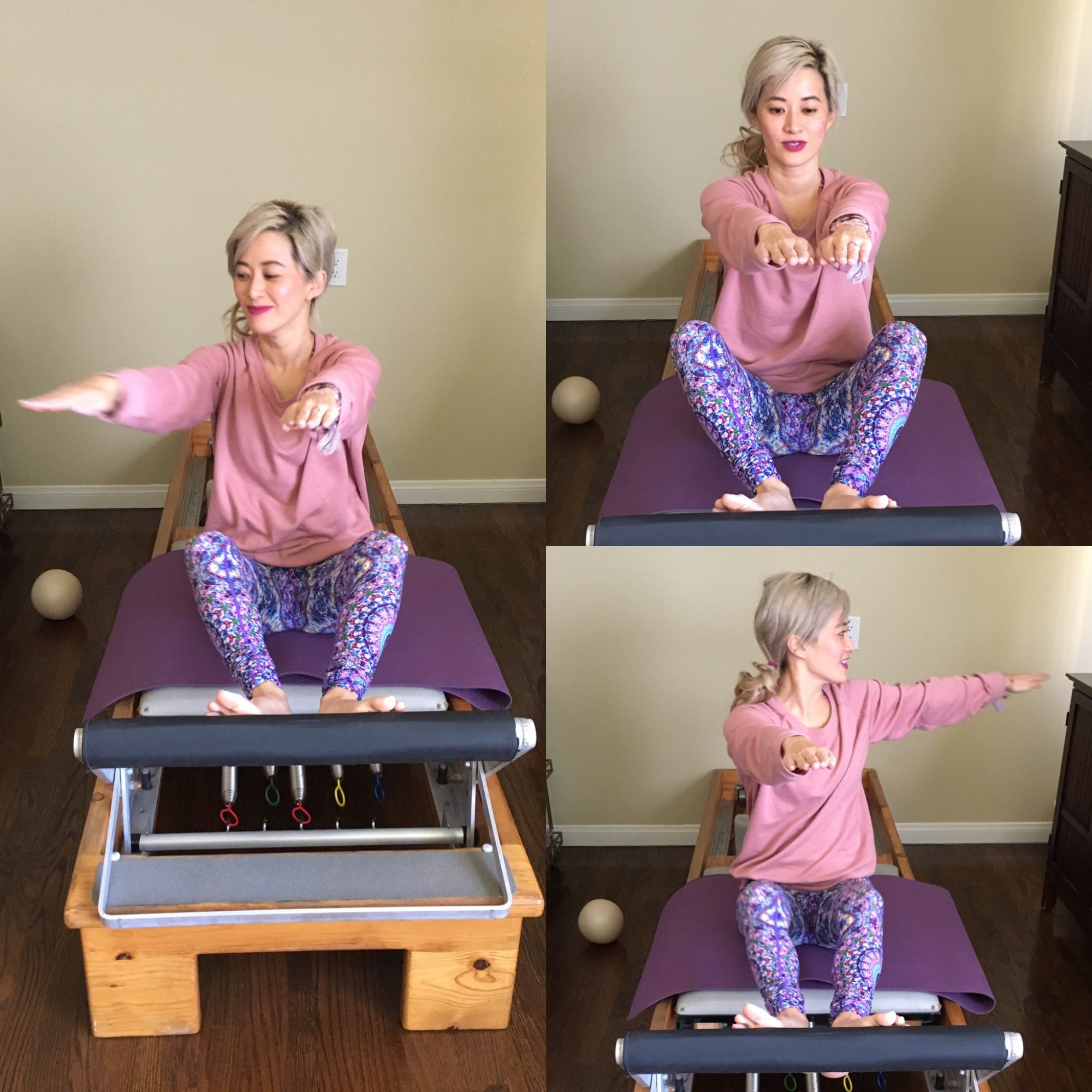 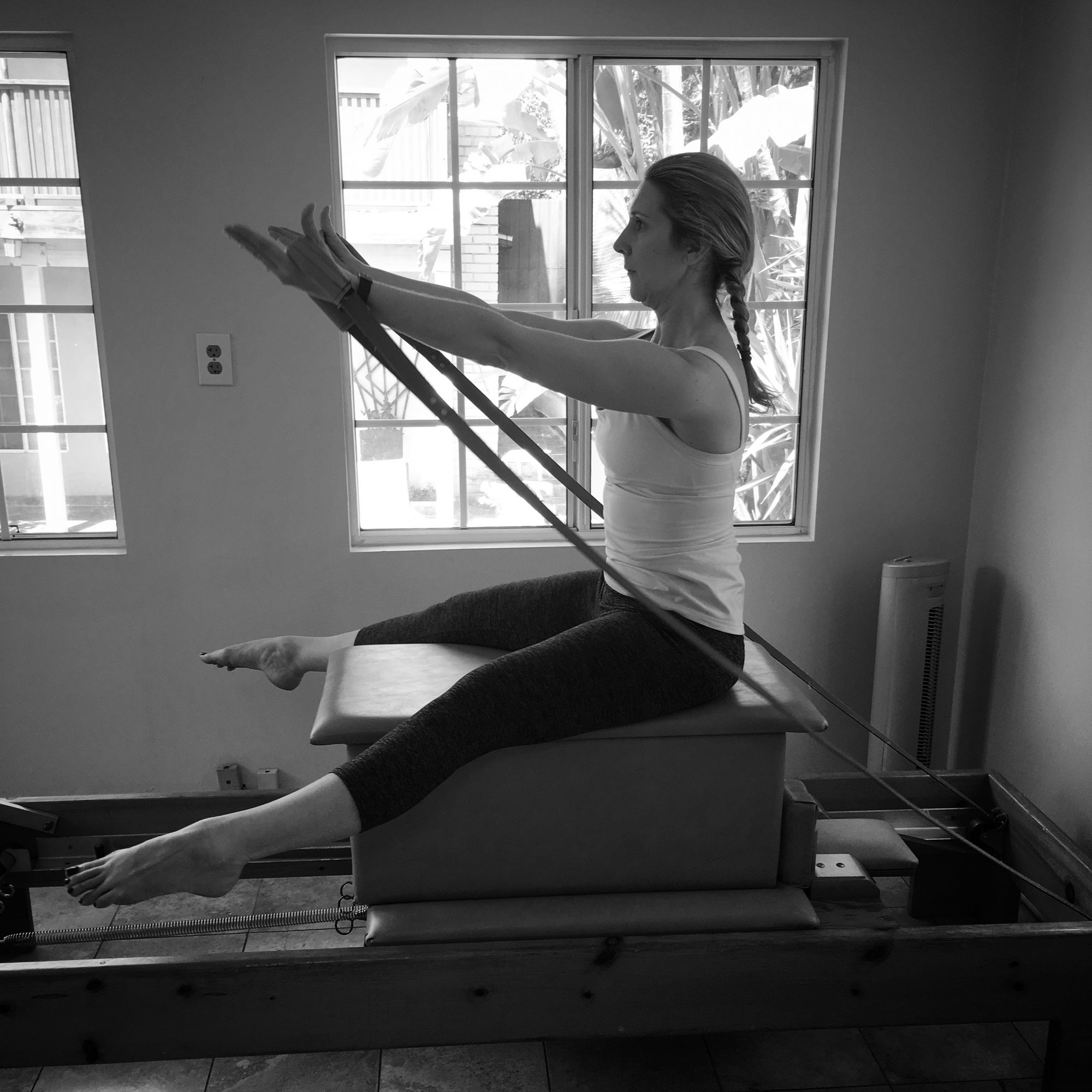 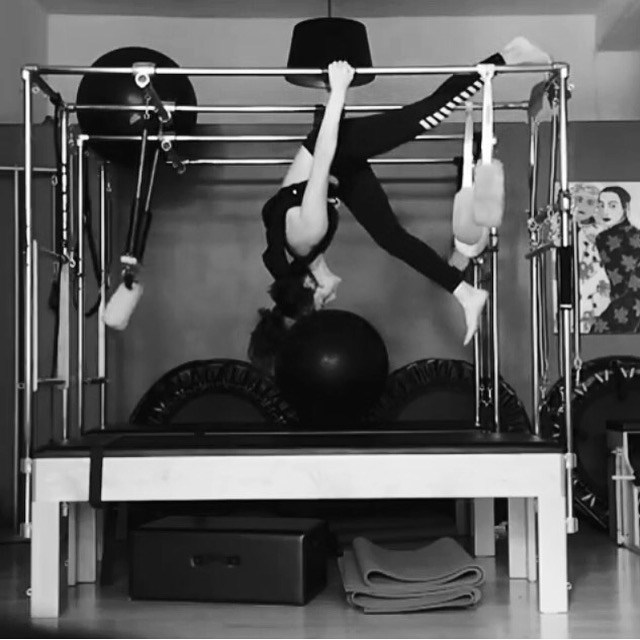 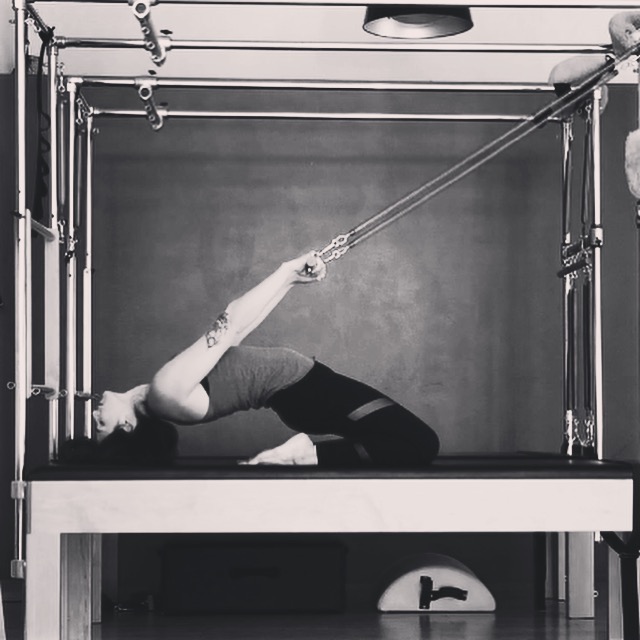 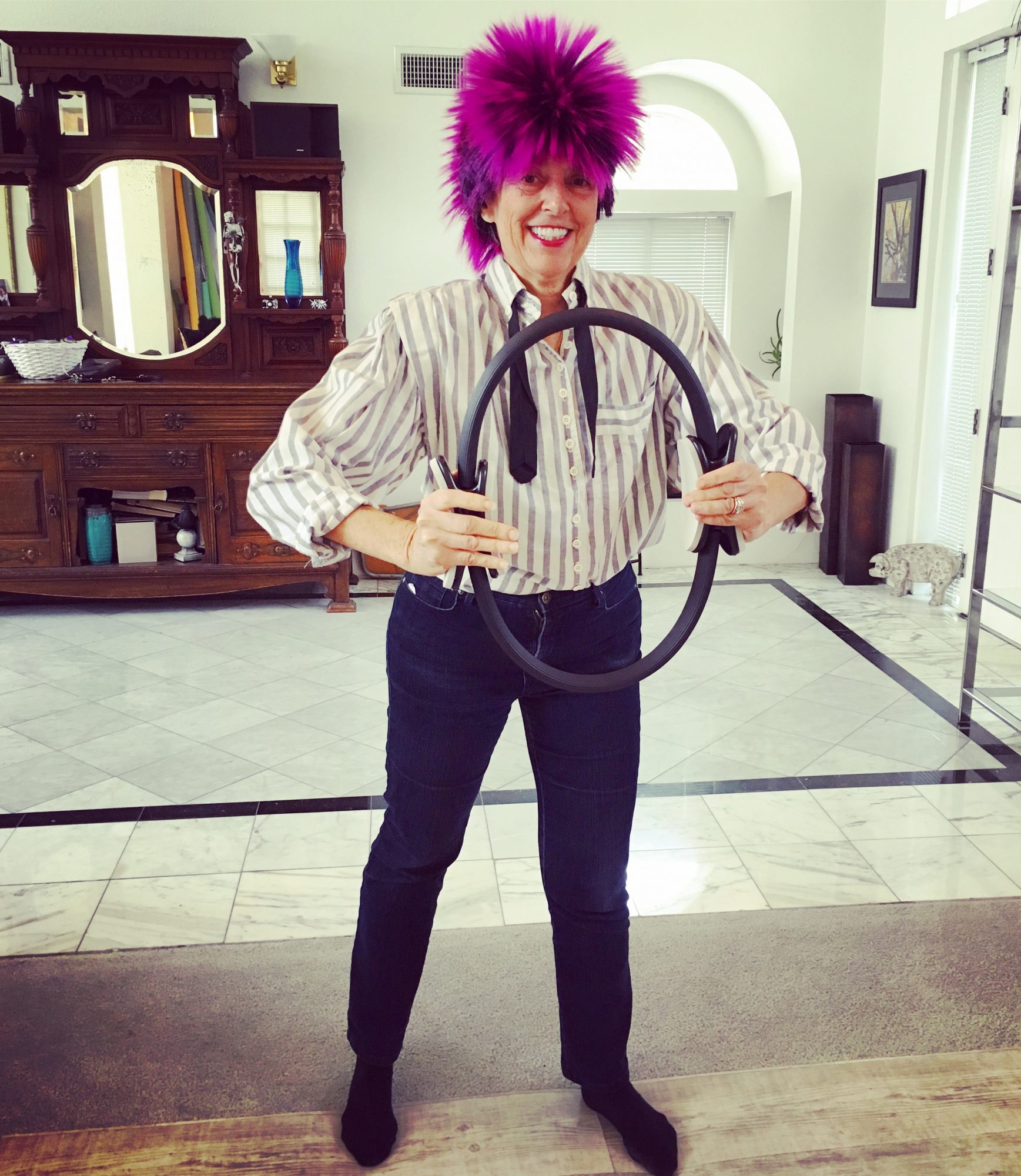 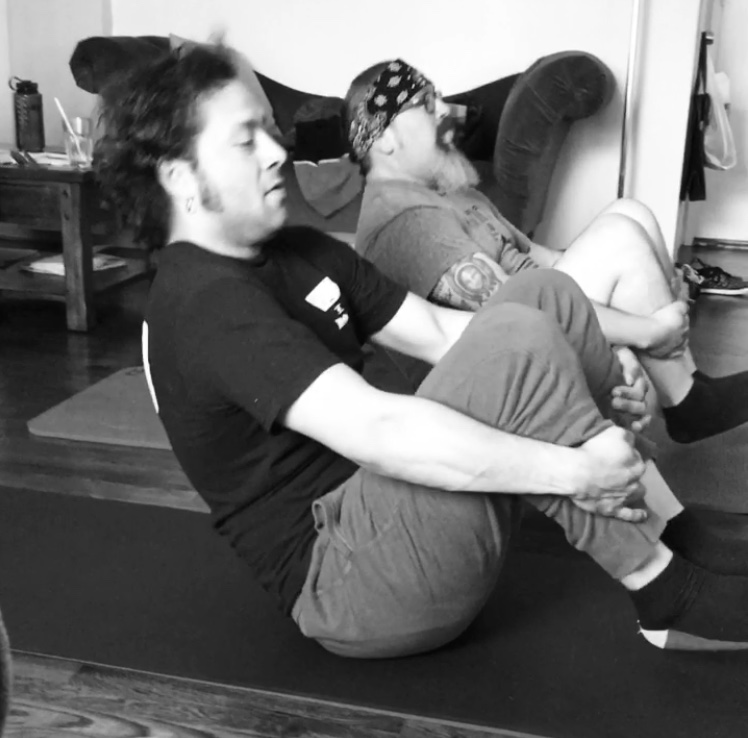