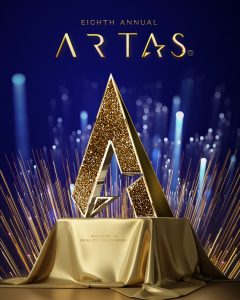 Today we’d like to introduce you to Kristen Moss.

Hi Kristen, thanks for joining us today. We’d love for you to start by introducing yourself.
After graduating college, I moved from New Jersey out to Arizona to explore my options before settling down anywhere specific. I continued working in the hospitality industry, something I had been doing since I could legally serve alcohol in the state of NJ, which was 18 years old. Working at The W Hotel in Scottsdale, Arizona, I was almost certainly expecting to mix my love of travel with my career and work my way up the ranks in the hotel industry. Life had other plans when curiosity got the best of me as I was perusing Craigslist one day and discovered a temporary and flexible position called “Casting Recruiter”. I applied, interviewed and got the job. I moved to Los Angeles 6 months later, after working a few recruiting jobs for various companies who needed cast recruited in the melting pot of Phoenix Metro Area.

Once I arrived in LA at 27 years old, I knew I could either make a career in Television or go back to Hospitality (which I was getting less and less fond of as I discovered the industry I knew I was made for). I told myself and others that “I came to LA to make a career, not to party or sit on the beach”. I made sure that I was going to pave a way for myself and that’s what I have done. I just recently hit my ten years anniversary of living and grinding in Los Angeles. I have built more of a career than I ever dreamed of, working as a Casting Director for many major networks including ABC, NBC and FOX. I opened my Casting company in the beginning of 2020, called KMoss Casting, and the projects have been consistent, challenging and fulfilling. I am a member of the Casting Society of America and the Casting/Development Committee Chair of Non=Fiction United, a coalition of Non-Fiction Professionals working towards a better future for those in our industry. I want to give back to the industry that changed my life and offered me so much. My biggest accomplishment, however, is starting and growing the American Reality Television Awards. Back in 2012, a year after moving to Los Angeles, Andrew Ward and I met over the goal of creating a networking group for Reality TV Professionals to meet and mingle and ultimately find work by building their network.

Within a year, we had thrown our first live Reality Television Awards ceremony. We are currently going into our 8th Annual Awards which will take place virtually this Spring 2021. We, along with the help of many others, most importantly, John Barra, our Co-EP and Show Runner, developed the categories, the format, the physical statuettes, the submission process, the voting structure and on and on. We have thrown four live events and three virtual events and have had many heads of industry, Reality Talent and fans in attendance. The worldwide public vote for the 8th Annual American Reality Television Awards (The Artas) is live through the month of March and the ballot can be accessed by texting ARTAS to 40691. Los Angeles is a city that can offer so much if you’re willing to work hard and never give up. In that time, I have also made incredible friendships, met and married my dream husband and have my first child on the way! I love this city for so many reasons and can’t wait to see what surprises await around the corner.

We all face challenges, but looking back would you describe it as a relatively smooth road?
“Los Angeles is the ultimate emotional rollercoaster”. I often speak to industry hopefuls who are trying to find their way in the TV Industry and I make it very clear that “the highs are high, but the lows can be just as low”. I have gotten turned down from positions, I have not been asked back to the next season of shows that I put my heart and soul into, I have befriended people who I later found out did not have my best interest in mind and I have been told “No” regarding so many aspects of The ARTAS that I have lost count. What I’ve realized is that these re-directions are exactly that. Every time one opportunity passes me by, it opens the door for the unexpected journey I moved here for! The burn lasts as long as you let it, but the steps you take after picking yourself back up are what counts. I know my worth, I know my value, I care about people and I want to live the best life possible with the gift I was given. I choose to focus on what I have accomplished and what else I would like to achieve. Without the lows, the highs wouldn’t feel so good!

Great, so let’s talk business. Can you tell our readers more about what you do and what you think sets you apart from others?
The American Reality Television Awards started out as a way to give back to an industry that gave us so much. Andrew and I just took one step at a time towards building the awards as we were also building careers within the industry. Because of the nature of Reality Television, being so new and pretty much born out of necessity during the writer’s strike, it’s always been seen as a “less important” form of TV Entertainment. After working in this industry for ten years now, I can wholeheartedly confirm that the friends and colleagues I’ve worked for and with are in no way less important or less dedicated than our scripted counterparts. In many ways, the Unscripted world is a thankless sector of TV and one that deserves to be celebrated in as many ways as possible. Considering that the programming brings millions of fans together for hundreds of shows annually, Reality TV is as popular (and lucrative) and its scripted counterparts and yet, for some reason, left out of the conversation in the annual awards circuit. The Emmys has been adding a few categories throughout the years, but most are not televised. The majority of workers are non-Union and most series bring in as much if not more in advertising revenue than the scripted giants who get all the glory (and reward).

As the Creator and Executive Producer of The Artas, our mission is to bring the stories of those behind the scenes to the forefront of the viewers by offering a public vote. The public viewers have made Reality Television so popular as they continue to crave the entertainment of real people in real situations. It’s important to us that the viewers recognize that there is an entire team of people working behind the scenes to bring their favorite characters to life on screen. Reality Television offers a snapshot into the lives of people you might never encounter in your day to day life. The stories of those who are striving for a singing or cooking career, or a day in the life of a family living off the grid in Alaska, we are proud to tell the stories of so many who deserve to be rewarded for the unique, fun, interesting human beings they are. Coming from a casting background, the number of incredibly fascinating people I have met is endless. Because of those I have worked with, interviewed, and given opportunities to, I know that anything is possible. The human spirit is alive and well and there are so many more stories to be told.

How do you think about happiness?
Happiness stems from gratitude. I am grateful for every step (and misstep) I have taken to get to where I am. As I reflect on the past and move towards the future, I do my best to sit still and appreciate all of the things, moments, people and experiences that have made my life what it is today. I may not have everything I’ve ever wanted, but I have more than I’ve ever expected and plenty of time to go. Living a grateful life offers me the ability to live in the moment. I do have plenty of ideas that keep me busy but building, creating and giving back is part of who I am. I also love to cook, travel and stay active. I’m always striving to be a better version of myself while appreciating how far I’ve come. 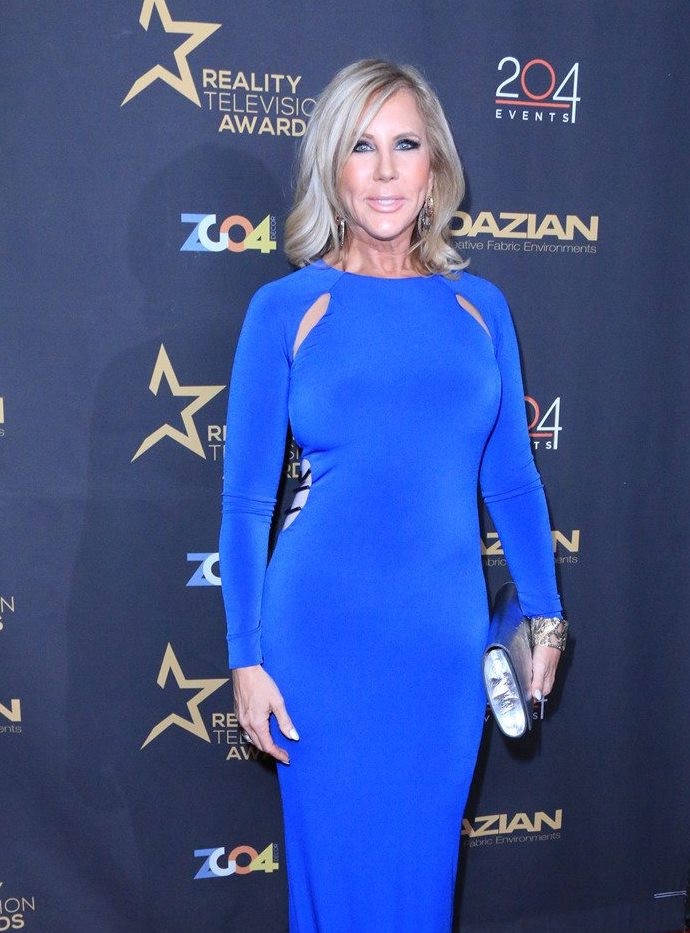 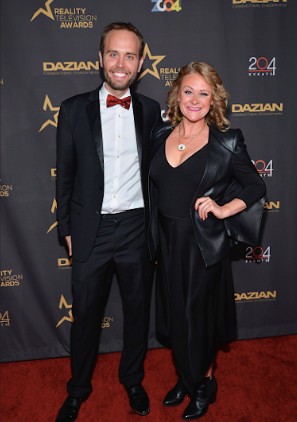 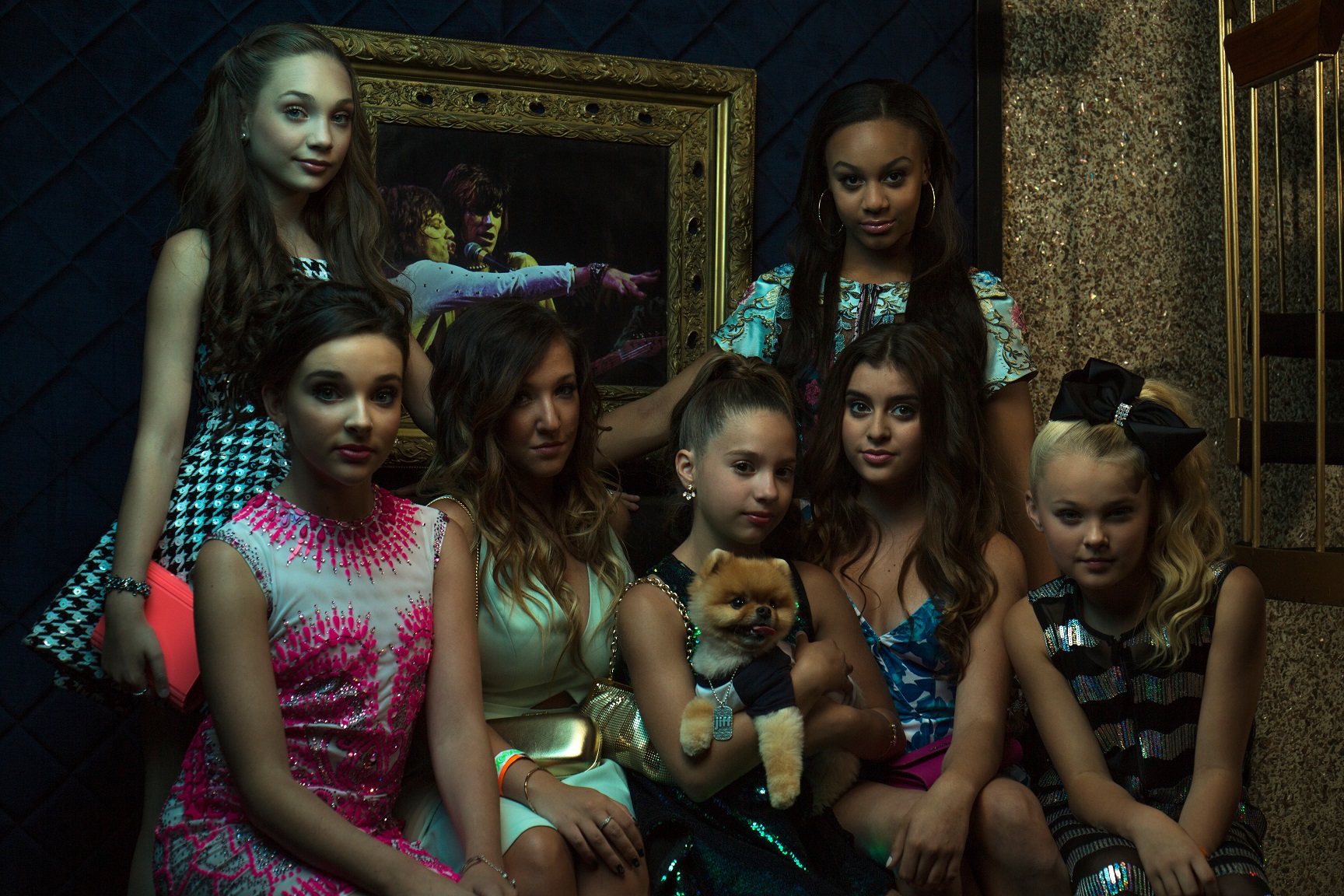 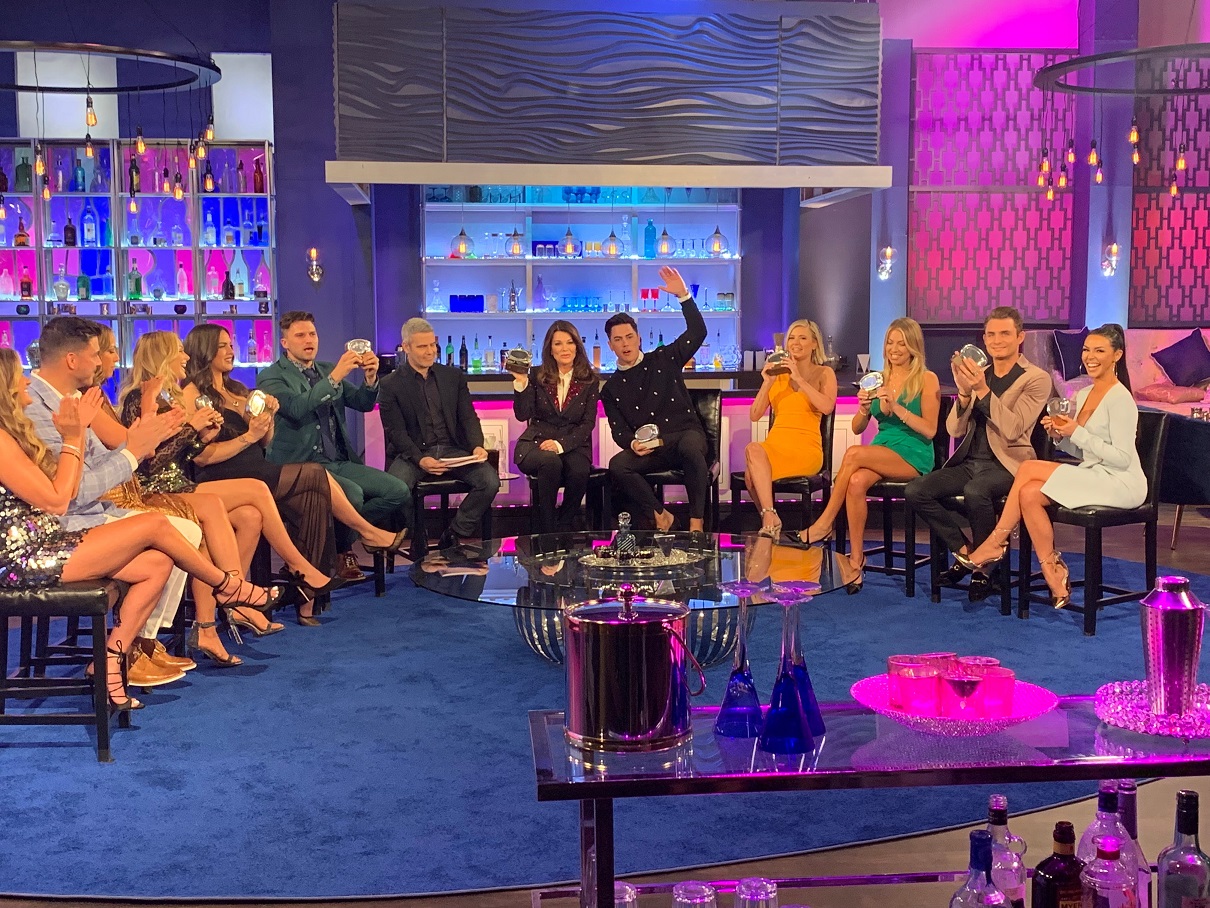 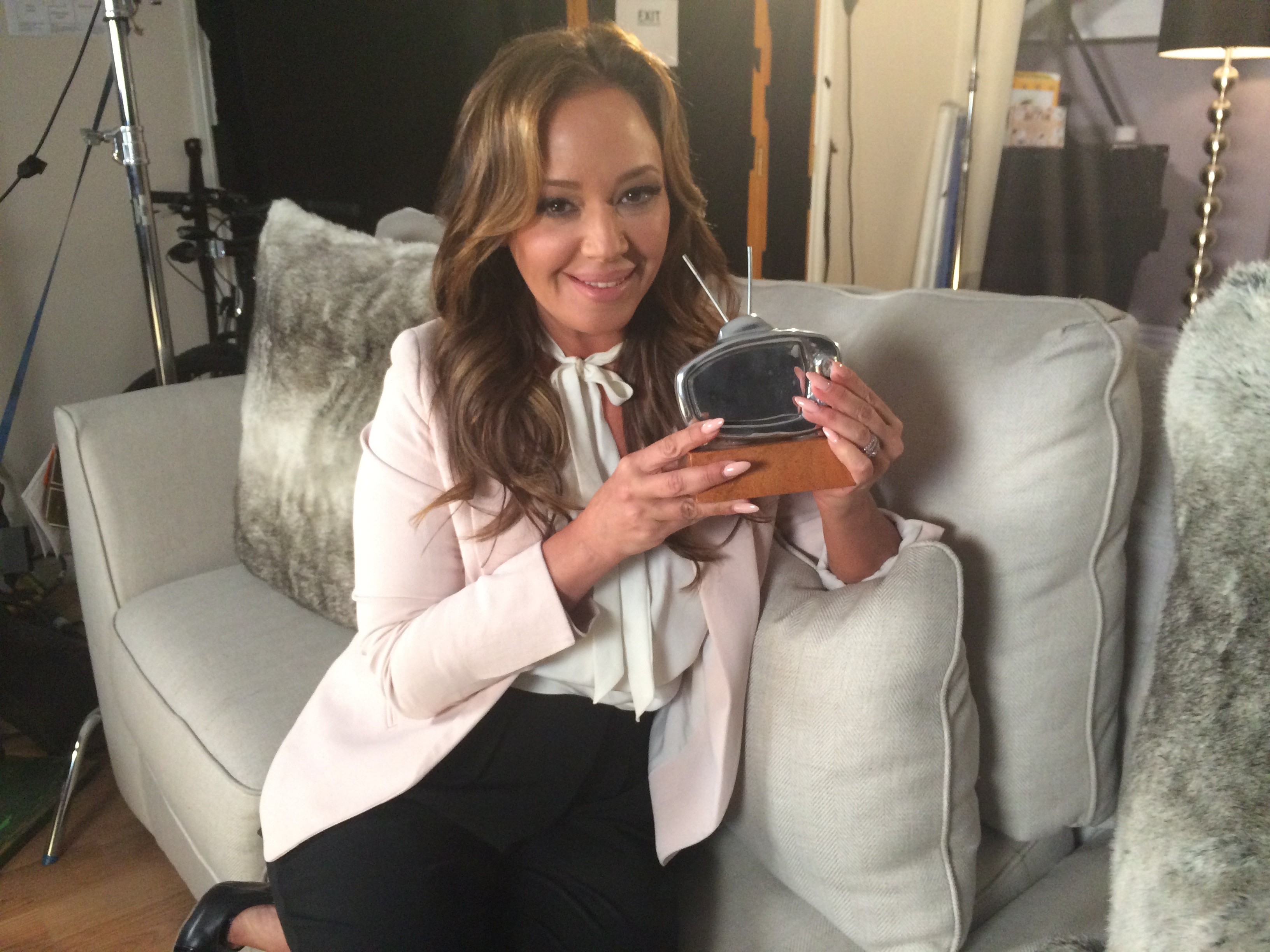 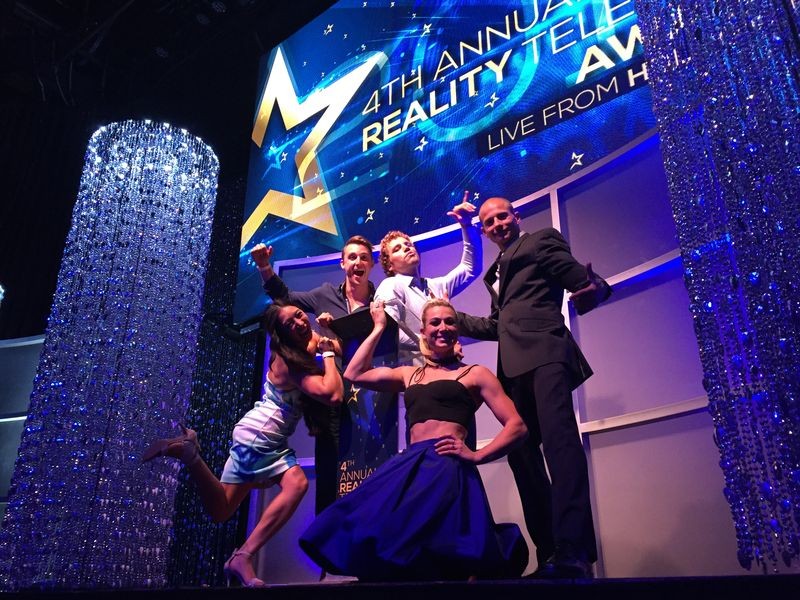 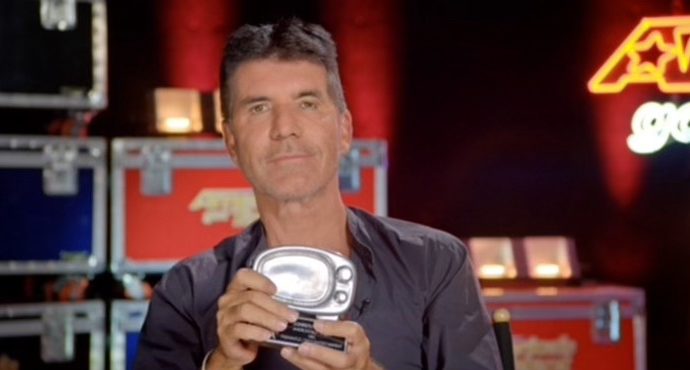 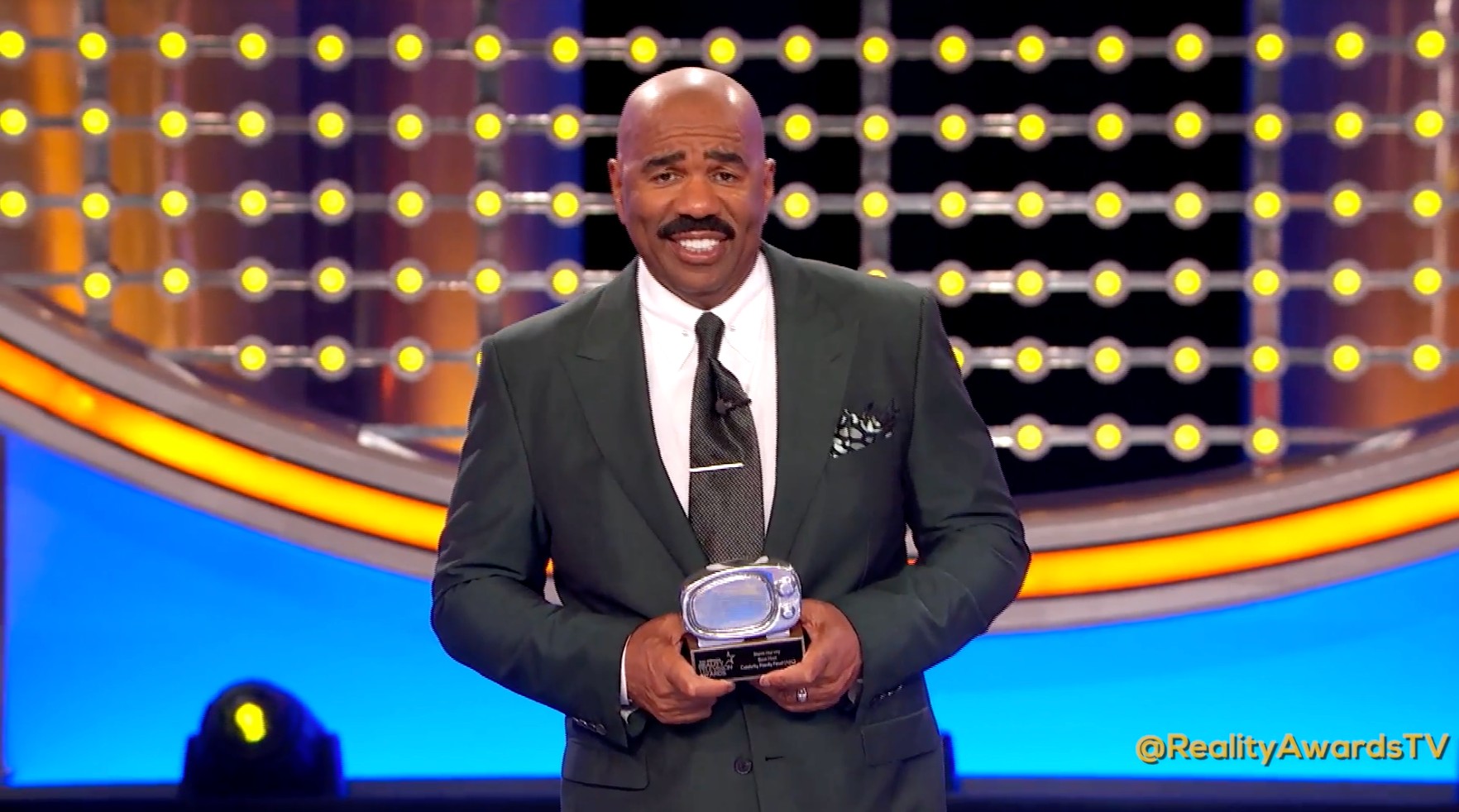