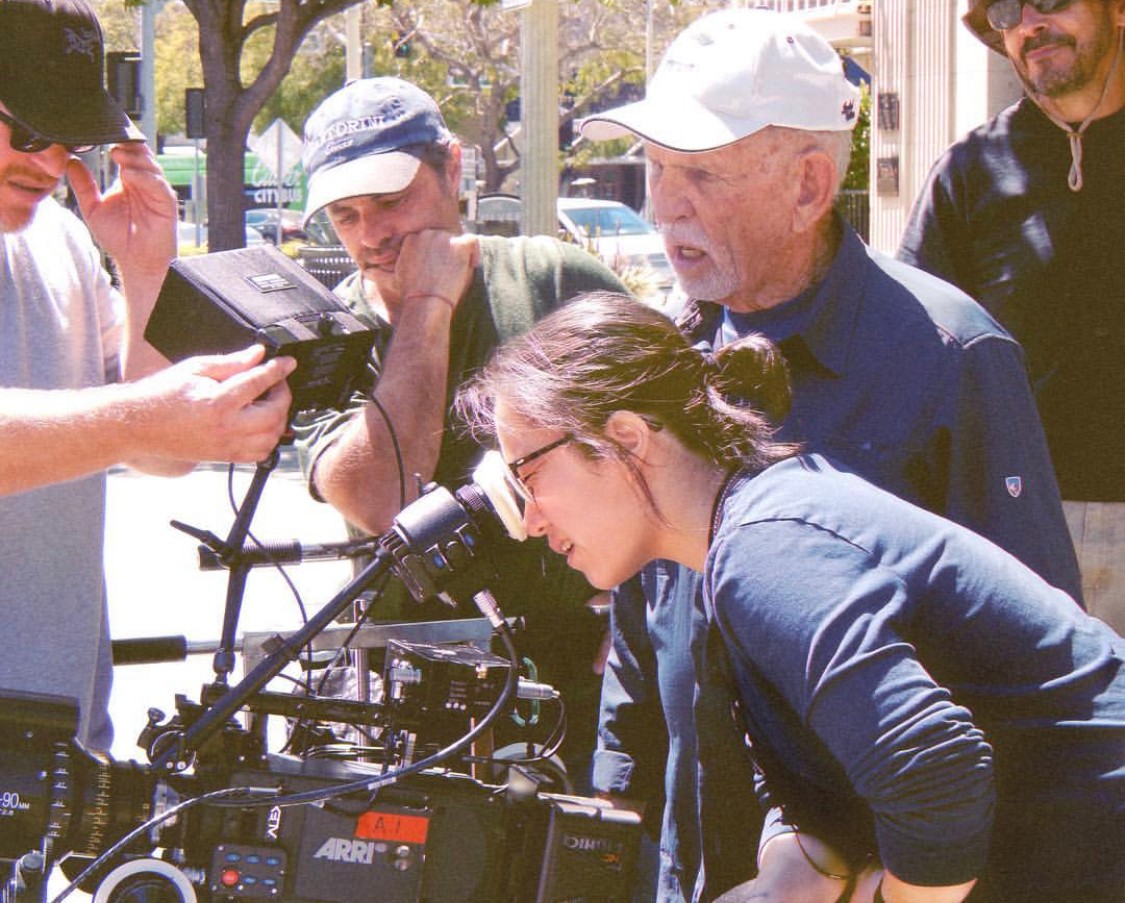 Today we’d like to introduce you to Andy Leo.

Hi Andy, thanks for joining us today. We’d love for you to start by introducing yourself.
Wildly, as a native Angelino, the thought of working in the film industry somehow never crossed my mind. My father was a paper salesman (cue ‘The Office’ theme song), and we never knew anyone who worked in the movies. So the expectations I had was to get into business, finance or commerce because those were the “real jobs”. But I was never a good student academically, especially with the sciences or math (it didn’t help that I have dyslexia and ADHD that would both go undiagnosed until freshman year of college), to the point where my high school principle had to bring my parents in and warn them that I was in danger of not graduating (not just because of my grades, but also because my habit of skipping school, which in retrospect was probably some kind of teenage coping mechanism). All of which meant I had to do a whole reevaluation of my life goals when I began senior year of high school. The thought process of “what should I study in college?” was really an open book since everything else was now on the table now that business school wasn’t.

Eventually, it came down to the wire when I just asked myself what I liked to do, and realized that I always and consistently got excited about bringing home new DVDs (hello 2000s) from the Target or Walmart bargain bin, not just because I wanted to watch the movies (which I did), but more so because of the bonus features that came with the production diaries or making-of documentaries. None of the challenges, long hours or remote locations scared me. So off to film school I went. And I didn’t know what role I’d be good at or interested in, so I tried everything: From being in the sawmill building set walls, to operating the boom microphone, to loading a can of 35mm film into a magazine. Eventually, I discovered my knack for both coaching actors and a sharp eye for cinematography merged seamlessly into directing, so that became my focus. Two accelerated, sleep-deprived years later, I came home from the east coast with a Bachelor of Science in Film Production.

Oddly enough, coming home I found that no one would hire a fresh film school grad to direct Marvel movies, so I settled where I could, being the hungry young kid on the block eager to prove herself. So that’s how I fell into camera production assistant work, first working for free or close to nothing, then getting paid. It took me almost a year to move out of my aunt’s house in Pasadena and upgrade from a twin bed to a queen air mattress in a DTLA loft. Eventually, I worked up to camera operating and becoming a director of photography/cinematographer. A couple of years into moving home, I was beckoned back to the east coast to pilot test a graduate film program that had just received accreditation. It was there that I again reassessed my life and realized while my career was relatively stable, it had stalled. This prompted me to seriously focus on my goal of directing films. So upon returning home for the second time — this time with a Master of Fine Arts diploma — I started a small production company with a few friends, parlaying my experience as a cinematographer to directing commercial and industrial projects. It wasn’t the artistic expression that I had in mind, but it was a start.

Our company has filmed ads, commercials, promotional material, and industrial videos for countless big corporations and small businesses to date, and I’ve personally optioned off a couple of feature screenplays (financing in progress— like most projects in town) since then. Observing how hot the market for premium television is these years, last year I’ve also finally written a pilot for an hour-long drama that has been in development, which became a finalist in a national competition. And then the global pandemic hit. So after five months in lockdown realizing that nobody knows anything, I just decided to leave Los Angeles and go on a month long solo road trip, which became a 3-plus months-long road trip totaling over 9,500 miles… Bringing us to now, where I’ve just entered the borders of California and taking a few days to cool down in the Palm Springs desert before the tidal wave of catch-ups crash in when I get back to LA.

Would you say it’s been a smooth road, and if not what are some of the biggest challenges you’ve faced along the way?
It definitely took me almost a year to be able to afford moving out and getting my own place because right after college, I had to consistently work for cheap or for free just to get my foot in the door. And even after I moved out, I spent many years unable to afford furniture. For the five years that I lived downtown, my studio loft was furnished with just an air mattress and a foldable deck chair. When I was in grad school, I spent 16+ hours on my feet on the soundstage making student films, only to go home to a deflating air mattress. I only finally got a real twin bed when a friend of mine gave me her teenage child’s hand-me-down mattress, which didn’t fit into the back of my SUV. So we duct-taped it on then crossed our fingers it would hold. I slept like a baby that night. And then of course, as the town that loves to typecast people, due to my start in the camera department I was pigeonholed as a DP or camera operator for the longest time. It took me nearly two years of putting my foot down and constantly saying no to cinematography jobs that I was finally getting fewer calls for camera work and more for directing gigs. And it was painful to turn away jobs. I would buy bulk dried, canned or frozen foods from Costco to sustain me through the month. The shadow of typecasting definitely not just applies to actors, but crew as well. And I’m still facing it today, as I embark on the pivot away from directing commercial and industrial productions into a more narrative space.

Appreciate you sharing that. What should we know about Leo Enterprises LLC?
Leo Enterprises LLC is a business-to-business production studio based in the Bunker Hill neighborhood of Los Angeles. We provide filmed services to both large corporations and larger-sized private businesses, such as Time Warner (now Warner Media), RCA Records, JPMorgan Chase Bank, WWE, Boeing or American Airlines. Unlike any video mills you can find out there, our clients pay for remarkable, cinematic videos professionally crafted by actively working film industry specialists. Due to demand, we are also gearing up to beta launch Leo & Corps, a special operations subsidiary of Leo Enterprise LLC, as the bespoke production division for small businesses and creative artists who have a defined budget (below $25K). Drawing from our studio budget film production experience, with an innovative approach we’ve figured out what others couldn’t: Eliminate the excess and costs in traditional productions, then distill each project to using simply the essentials— All while maintaining the blockbuster studio quality that will “wow” every target audience. This means our clients can rest easy and get a fuss-free experience to just focus on what they care about.

Is there something surprising that you feel even people who know you might not know about?
I won third place at my middle school all-you-can-eat chicken wing contest. It’s important to know that I’m a very small person and was probably barely five feet at the time. I’m still a colossal foodie to this day. 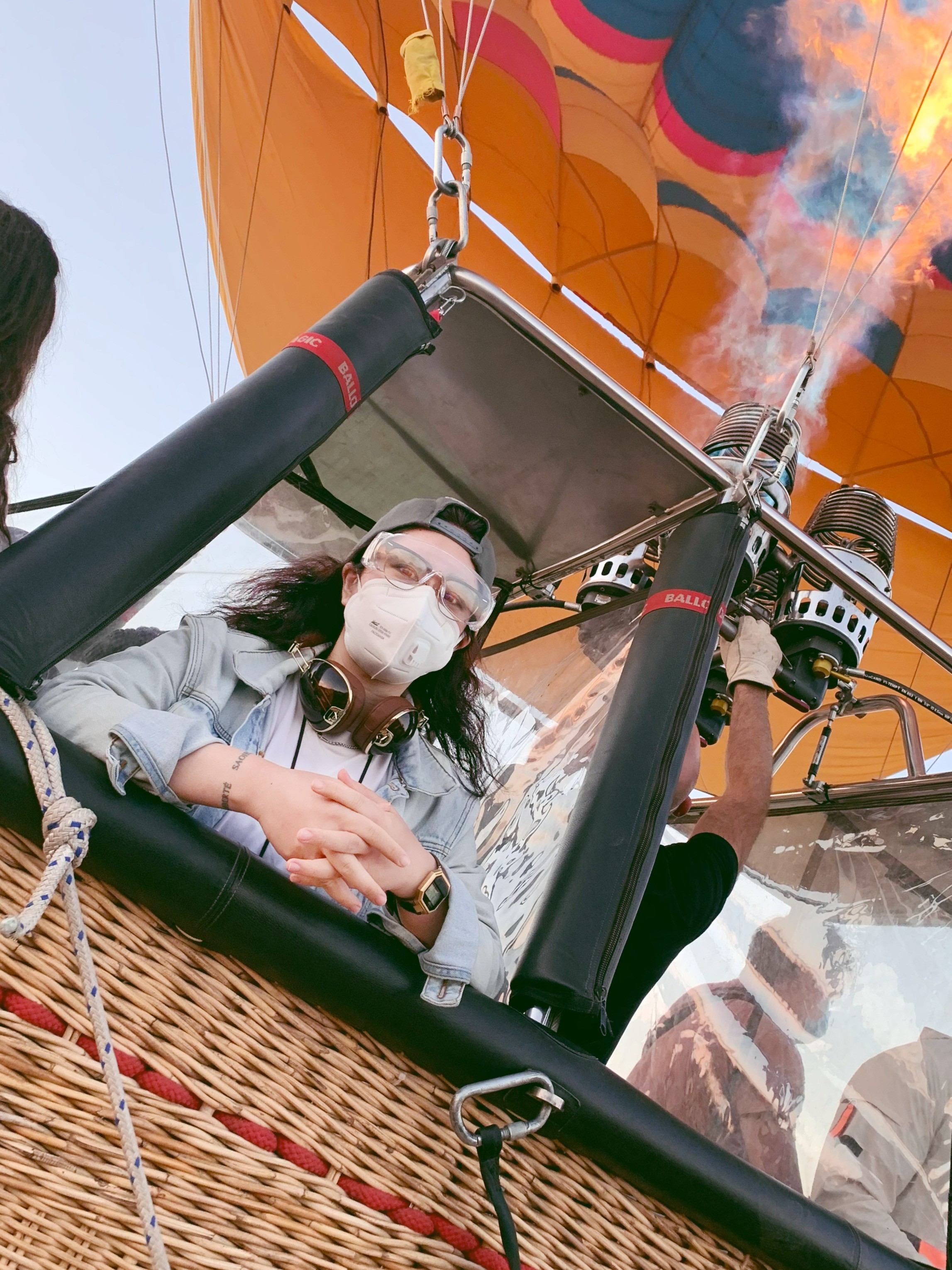 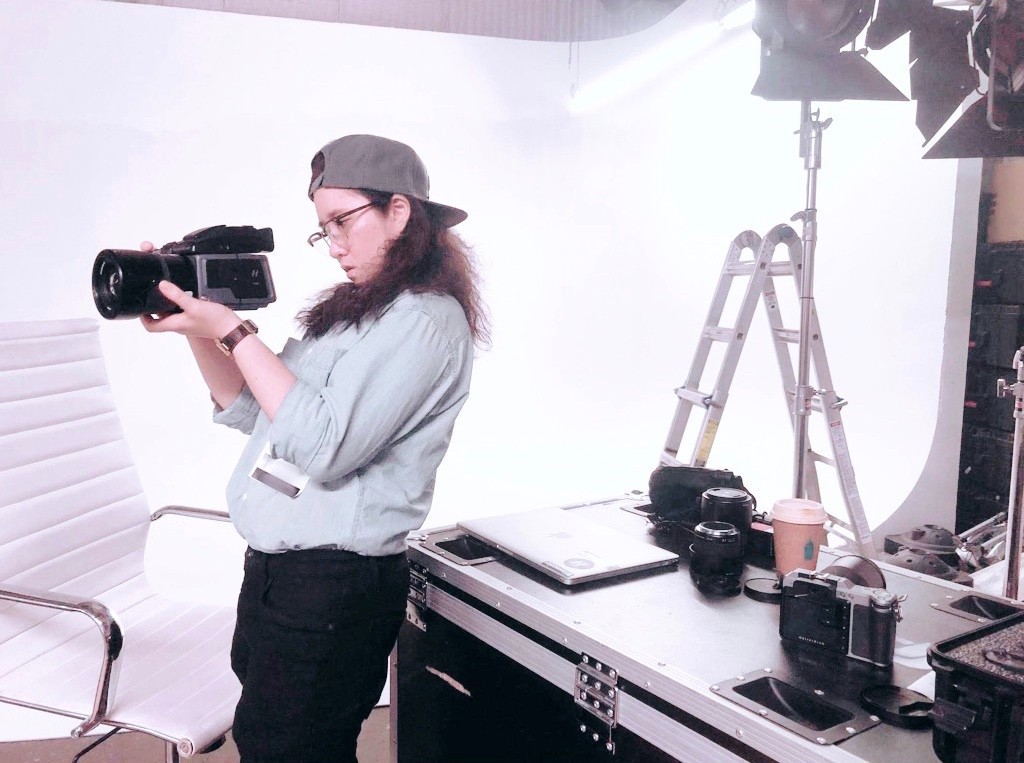