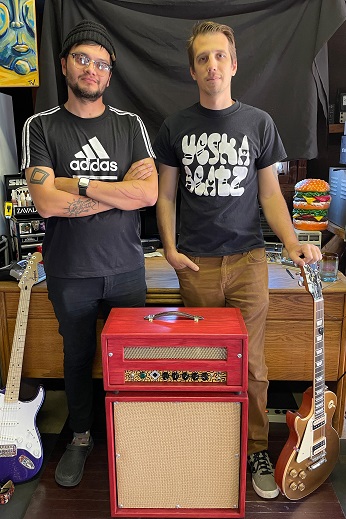 Today we’d like to introduce you to Miguel Vasquez and Brian Frederick.

Hi Miguel and Brian, thanks for joining us today. We’d love for you to start by introducing yourself.
We both met when the band Miguel Vasquez played bass in “Wild Pack of Canaries” recorded with Brian Frederick at his studio in a small warehouse in Long Beach in 2011. A connection developed when the two geeked out over the gear that had been rented for the session. Soon after those sessions, a vacancy opened up at the warehouse and Miguel became a neighbor. Miguel was freelancing as a pedal builder for a large pedal company at the time, using the warehouse to build units but to also take care of repairs and mods for local musicians on the side. Things like, Fixing amps, pedals, microphones… you name it. Brian would come up to Miguel’s shop between bands or mixes and the two would talk for hours about gear they liked and gear they would like to see on the market that just simply doesn’t exist. We talked about how inspiring it is to find a new sound and how it every. Single. Time. Leads to a new song or path of inspiration. Finding new sounds out of existing gear was getting harder and harder and we knew there was room in the marketplace for change.

It was from these long, late night conversations in Miguel’s shop that would lead to the beginning of Stacks FX.

I’m sure you wouldn’t say it’s been obstacle free, but so far would you say the journey have been a fairly smooth road?
We’ve faced a number of challenges along the way, some of them unique to our industry, others indicative of the very nature of business itself. Being a small start-up with very little cash means it’s all about being clever in how you get the brand and product out there. The established competition has marketing budgets that are 100x times larger than what we both make combined in a year BEFORE taxes so it’s not about trying to match them but instead find unique ways into the industry.

Our biggest challenge has been avoiding growing too quickly. If you aren’t prepared to scale up, something that you thought was a godsend can actually torpedo the entire ship. It’s these lessons and more that have given us the clarity and renewed focus that we find ourselves with today.

Thanks for sharing that. So, maybe next you can tell us a bit more about your business?
In 2013, we started with a simple design, a boost pedal we called the Lil Bomb, which then turned into ‘The Lil Guy’. It probably had at least 4 or 5 production revisions before we landed on the one we offered for sale. The name was easy. Miguel had earned himself a nickname on tour, and everyone called him “Stacks”. I don’t think there was even much of a discussion, we just knew the company would be called “Stacks”. I think it was Miguel’s idea to add the FX. Then we knew we needed a logo.

Our logo was a group effort, and we’re really proud of it. We tried a bunch of ideas and they all just kinda sucked. Then we hit up local artist Jason Keam, who combed through clip art galleries and gave us probably around 100 options in different categories. There was this simple, top down view of a mayan pyramid with like 20 stacks of squares inside that caught our attention… but found out another company was already using it. We took that idea to our friend and long-time collaborator, Mike Becerra, who drafted up the “Stacked Square” logo we have today.

From there came the ‘The Dirt Hammer” Distortion pedal. A pedal that could give you clean tones with the volume rolled back but could go big if you cranked the volume. We sold a few of them to friends and family, and emboldened by this, tried to get the pedals into music stores. The very first store to work with us was Gilmore Music in Long Beach, CA.. in 2015. They actually just went through ownership changes, and we’re excited to see what the re-model looks like when the doors open back up. After that, we partnered up with Alva’s Music in San Pedro.

In 2015, we secured two investors for the company who helped us grow quite a bit. In late 2015, we released six more pedals, collaborating with Long Beach artist Dave Van Patten on the graphic design. We had the Lil Guy Boost, Lil Masher Compressor, Dabber Overdrive, Fuzz Gazer Fuzz, Dirt Hammer Distortion, Native Lung Reverb, Crazy 8 Tremolo, and These Anomaly Delay.

In early 2017 we attended NAMM ( the North American Musicians Merchant’s Expo) where we learned some tough but very valuable lessons about the industry. We were fortune to have met some amazing engineers, producers, and musicians along the way including David Davis, Joe Barresi, and Darrell Thorp who used our pedals with kick ass artists like Miguel, Avenged Sevenfold, and the Foo Fighters, respectively. The Foo Fighters went on to win a Grammy for the song ‘Run’ which our Fuzz Gazer Fuzz pedal was used on. It was f**king awesome, to put it lightly. There is no better feeling in the world than knowing some of your all-time favorite bands used the gear you designed to make new music. 10/10, would recommend.

Around this time, Miguel starts playing, recording, and releasing music on guitar with Asi Fui, a four piece rock band. Brian started an Electronic Dream Pop project called Subtle Smiles, which was shortly after signed by Donut Sounds Records in Seattle, WA. It’s important for us to constantly push ourselves as musicians so we don’t lose sight of our vision, which is to create new, inspiring equipment no one has heard of before.

By late 2018 Supply chain issues were becoming a huge problem, with suppliers missing deadlines and or closing down completely due in part to government Tariffs. In 2018 we began a redesign of the line-up and Miguel began working heavily in tube amplifiers, creating a number of prototype guitar amps. Then BAM. Covid-19. Once Lockdown hit, we took a break, at which time a company restructures took place. Shortly thereafter, Miguel was back at the design bench and worked out a few new concepts, which later became the Ohms Series.

At the end of 2021, Miguel taught an electronics course at the Long Beach Main Public Library, exposing a whole new generation to circuit boards, audio electronics, and the simple idea that you can chase a feeling through design.

Now, almost halfway into 2022, we have a number of really exciting pedals we are bringing back and a few new designs we can’t wait to share with everyone. We just shipped a few units of our new Utility box called “the Worm”. It’s a booster, buffer, blender, splitter, and it is definitely size conscious. We’ve started a weekly blog that puts the spotlight on a local long beach band, recording studio, or small business that in some shape or form, can help a musician/artist/band take the next step, whatever that may be. We’re also putting together a scholarship soon, which we’re really excited about, but we’ll announce that once we have all the details lined up.

What got us into making pedals still remains the same, but our purpose has grown quite a bit. The desire to create new and inspiring equipment will always remain. However, having navigated much of the music business at our own peril, with little guidance or help. We feel a responsibility to our city and our music scene to help provide the tools and resources to not have to do it ‘the hard’ way. We hope to help provide the exact location of each dot every band needs to connect their path and find their story.

Can you talk to us a bit about the role of luck?
Luck is when preparation meets opportunity. Any other definition sort of takes credit for hard work, perseverance, strategy, and things like that. It’s an oversimplification of a situation and the factors that went into its outcome. However, I think it’s totally appropriate to use when we don’t understand any of the major factors going into a decision and just have to make a gut instinct on what to do. Might as well call it luck at that point.

As for what role it plays in our measure of success up till this point… I’d argue it’s been a wash this point. On a long enough timeline, all our luck runs out, right? 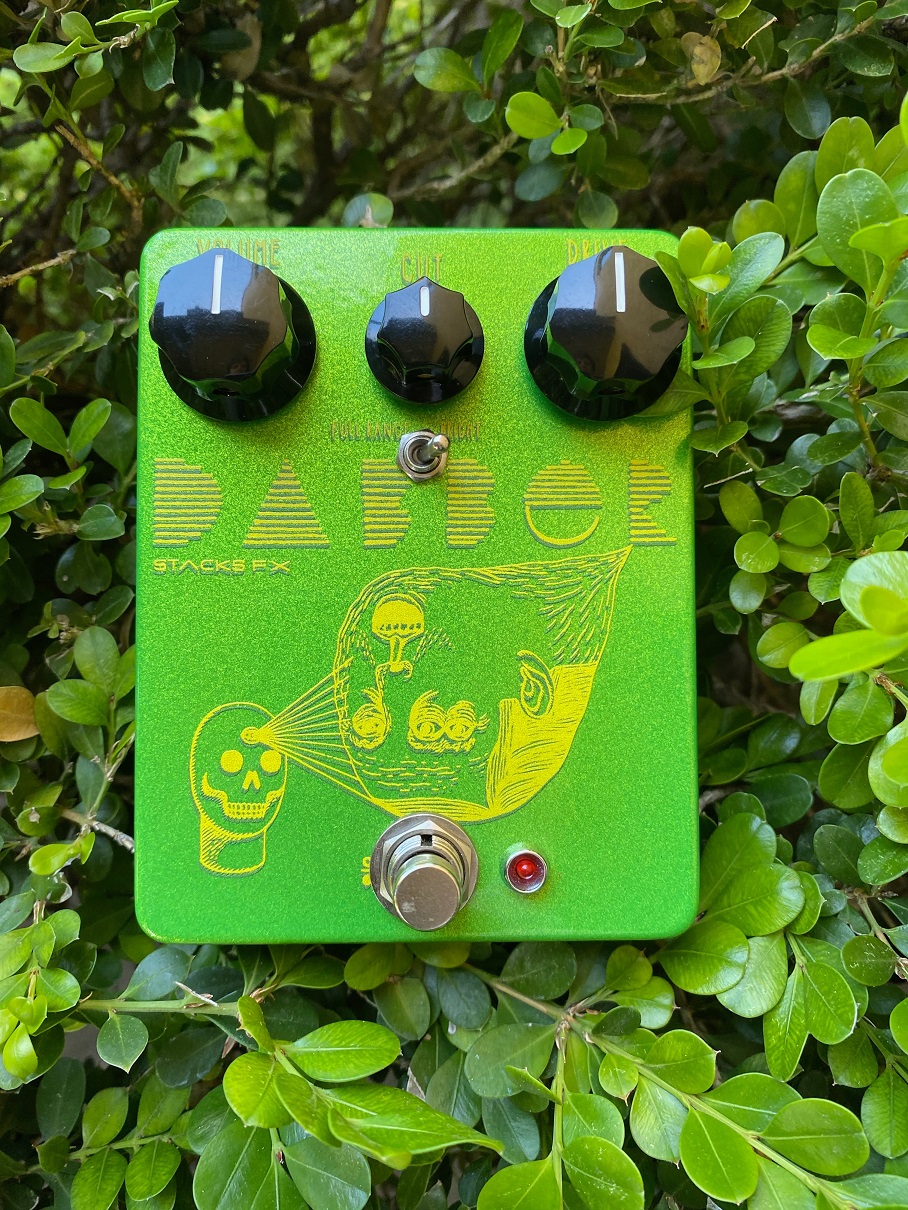 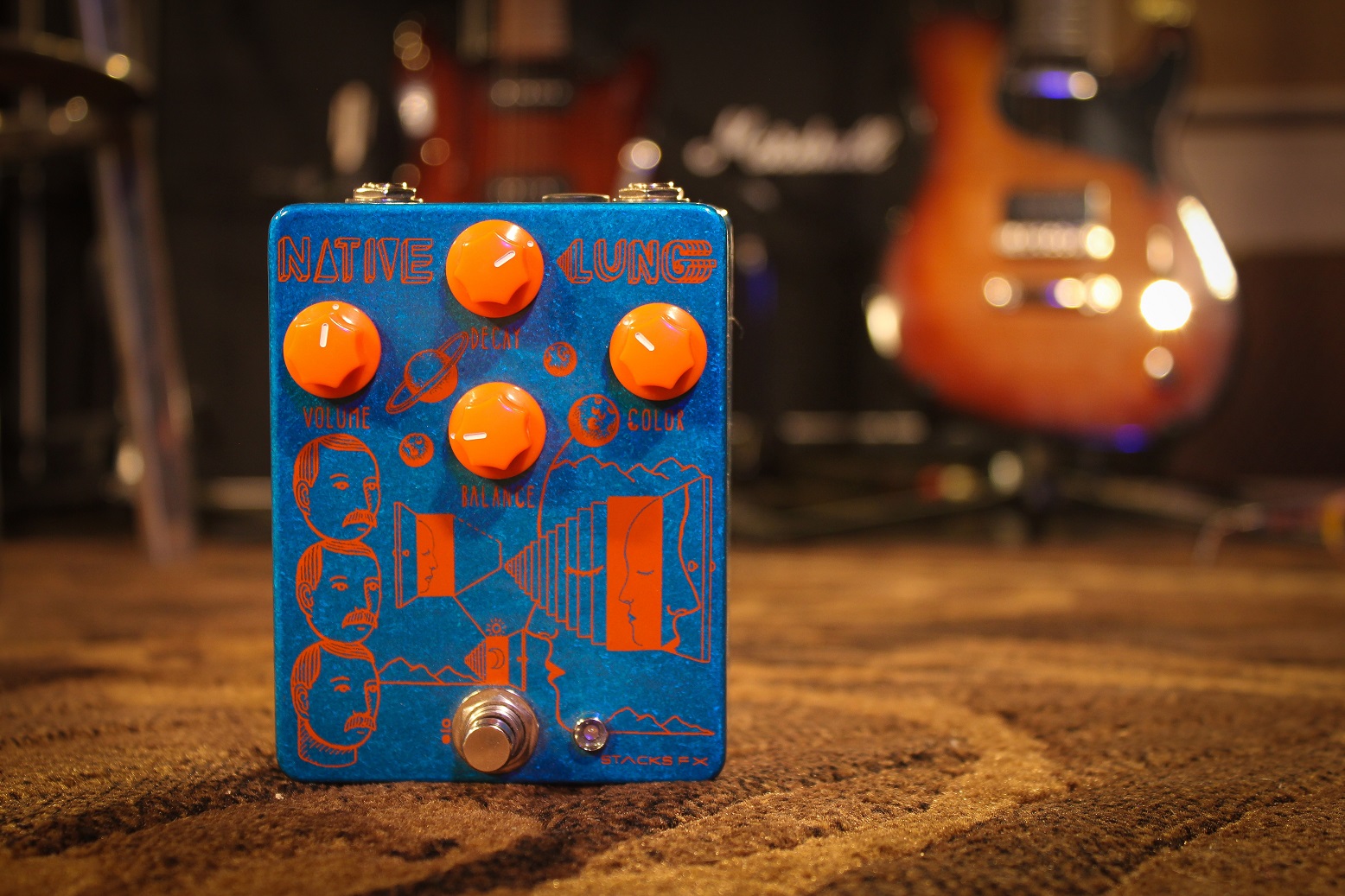 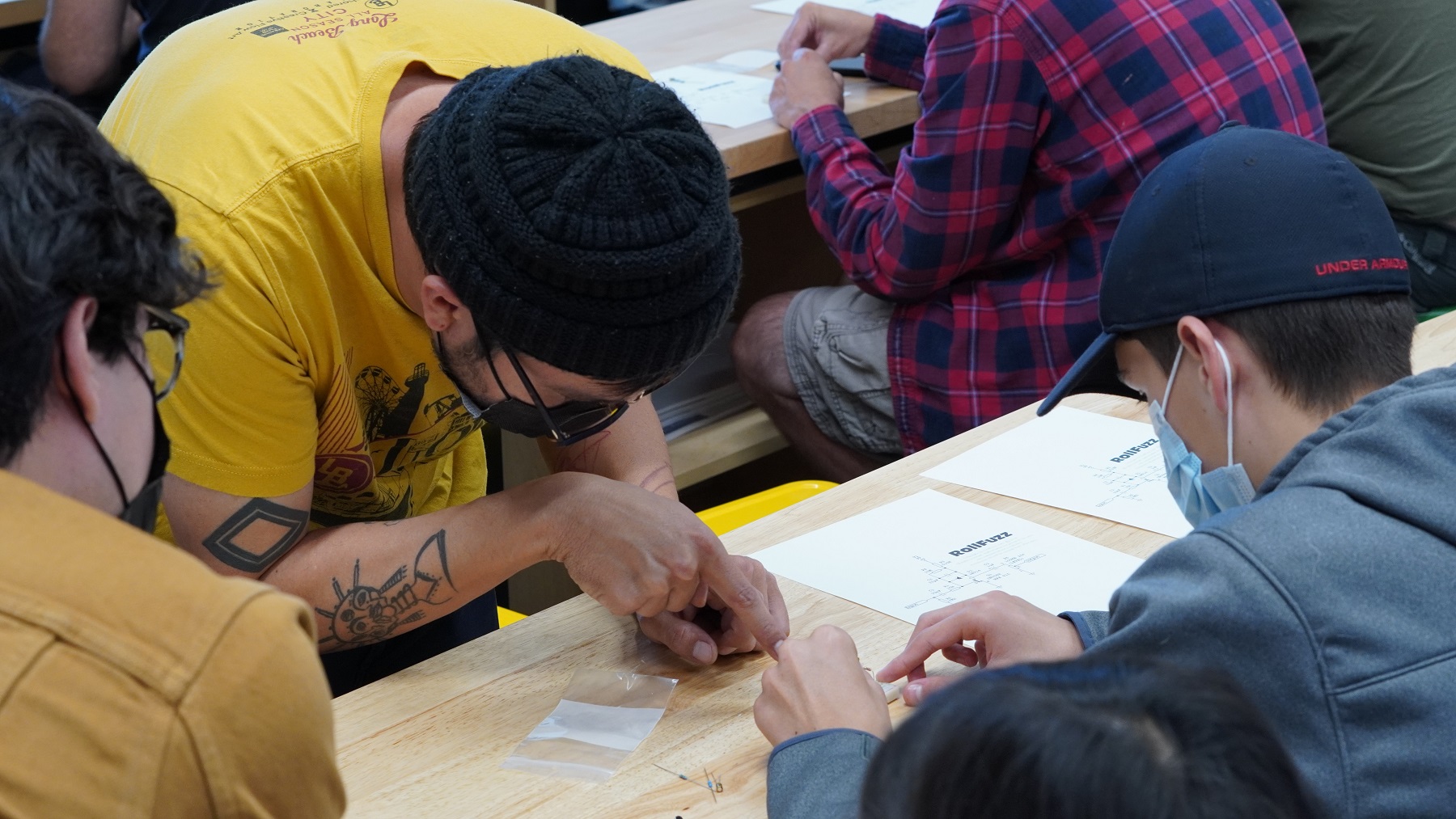 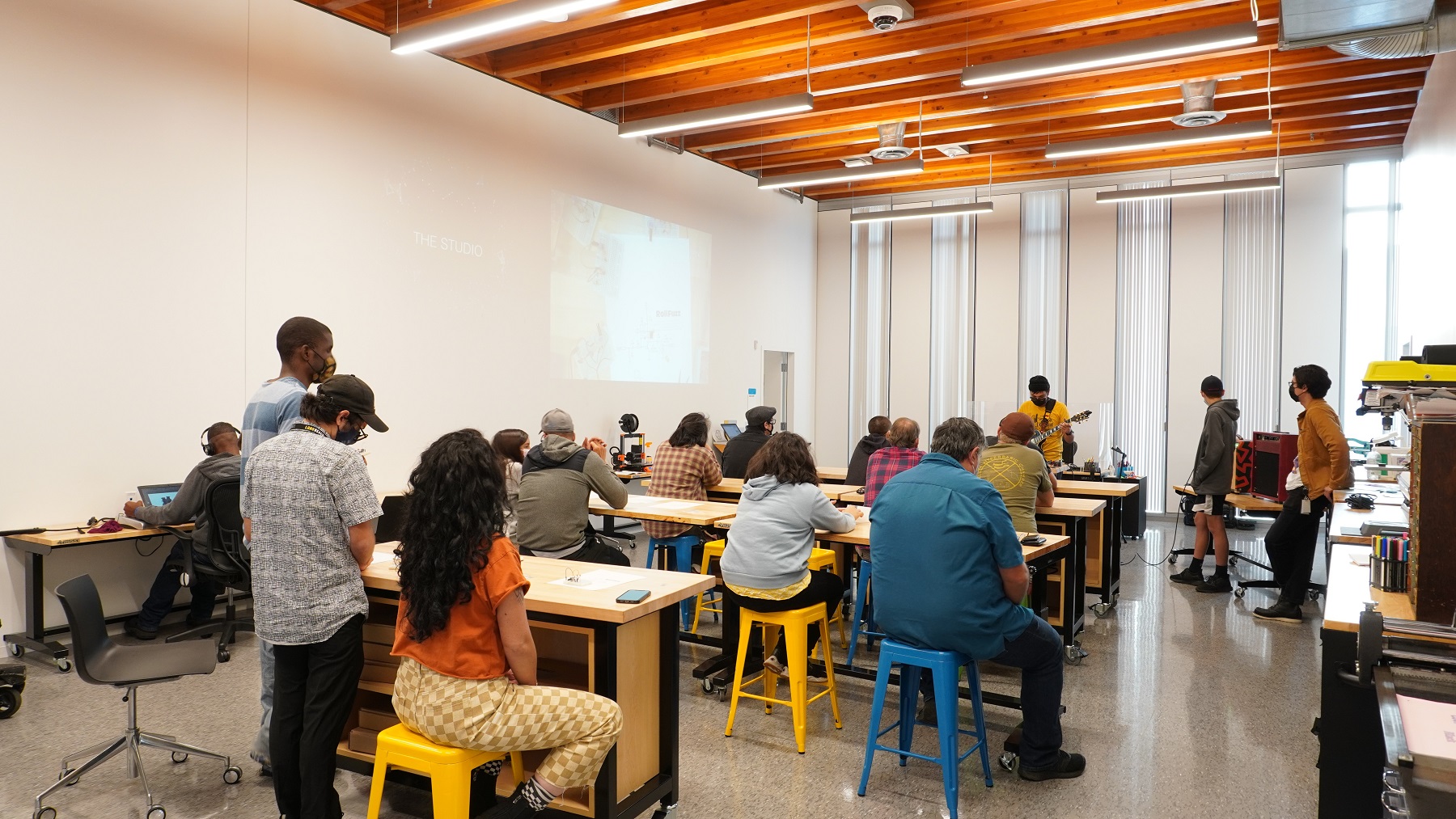 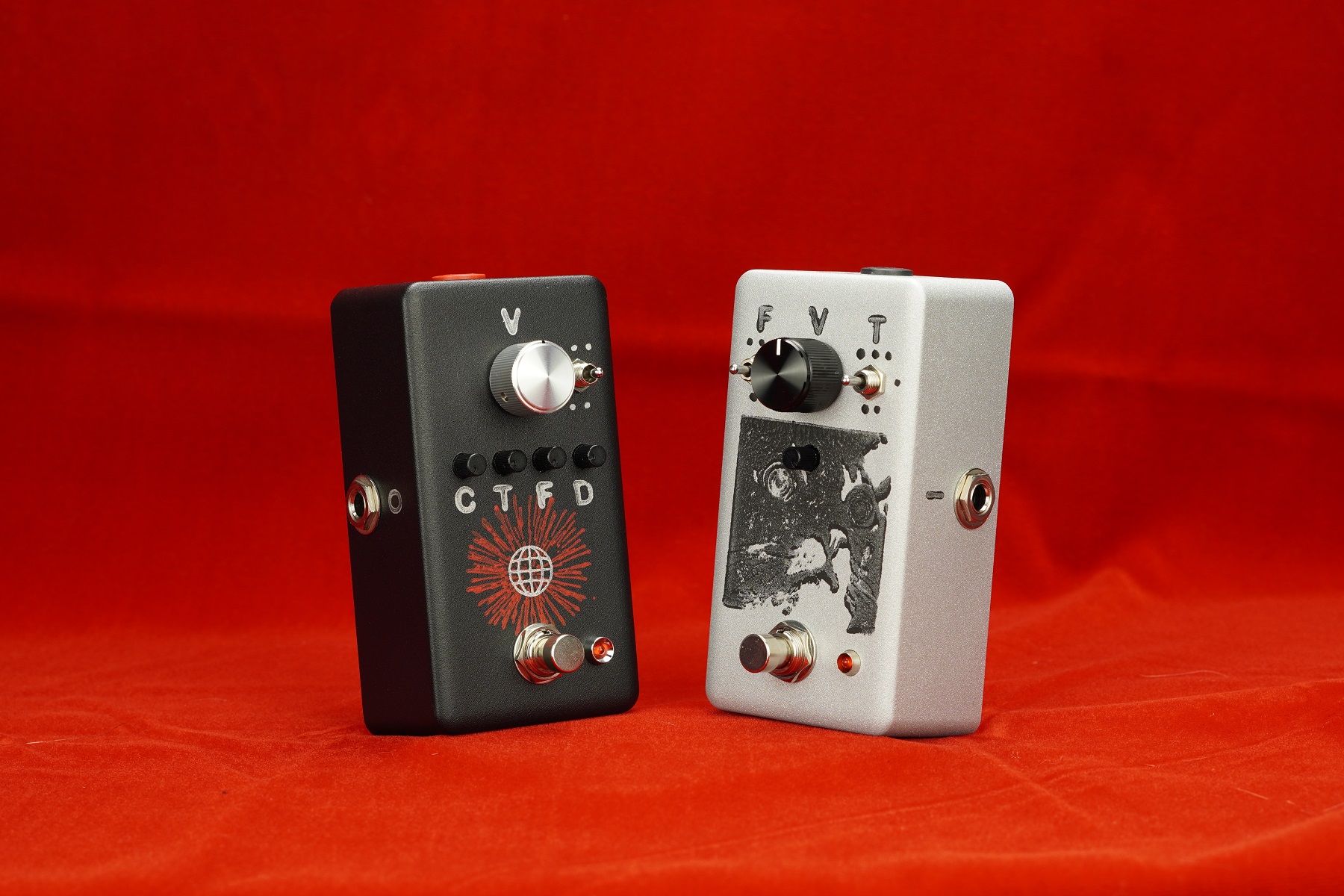