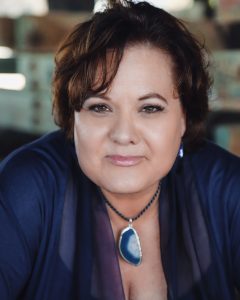 Today we’d like to introduce you to Che’Rae Adams.

Alright, so thank you so much for sharing your story and insight with our readers. To kick things off, can you tell us a bit about how you got started?
Oh my, That is a very long story. I guess my love for theatre started when my parents took me to see “Annie” at the Pantages Theatre when I was very young. As I watched the story unfold, I instantly knew that I wanted to be part of theatre magic. But I knew even at a young age that it would be difficult. I grew up in a family of finance executives, IT technicians and real estate brokers. I knew that I would probably be the only artist and definitely the black sheep of the family. I remember being told to “get a real job” many times in my life, as my family did not understand what I did or why I did it. Despite this, I could not help myself and moved forward with my passion. Honestly, after much consideration, I just couldn’t imagine doing anything else. I actually wanted to be an actress at first but things shifted in college. While studying acting at California State University, Northridge I was taking an acting class from Jack Axelrod who played Victor Jerome on “General Hospital”. He missed some classes due to filming and asked me to fill in for him. Well, pretty much the day I started coaching actors, I became interested in directing. I think it’s because where I was once only able to see my own character’s point of view, I suddenly began to see the entire story arc. This was new to me but I found it very exciting. I lost interest in acting and really didn’t act again for twenty years or so when I was in a Cirque du Soleil show, but that is another story… Once I was focused on directing, I started my career in regional theatre, made my way to small experimental theatre and now work exclusively with writers on developing new work.

My first job out of CSUN was assisting the Staff Producer at The Mark Taper Forum where I worked on the writing workshop of the Pulitzer Prize winning “Angels in America, Part II: Perestroika”. Also for the Taper, I coordinated the 1991 Taper Lab Series and Mentor Playwright’s series. These projects were like master classes in new play development. During my early training period in the theatre, I wanted to assist as many professional directors as possible so I could learn from them. Some highlights from that time were Tom Hulce and Jane Jones on the premiere of “The Cider House Rules”, (another Pulitzer Prize winner) at The Seattle Repertory Theatre. I also worked with John DiFusco on the 20th anniversary of “Tracers” at the Odyssey Theatre Ensemble where it was originally developed. Regional theatre introduced me to the best artists in America and taught me discipline, structure, and best practices. Eventually, I moved out of assisting and into directing my own work. I was lucky enough to establish relationships with local playwrights and went on to develop and direct their work. Some of the West Coast premiere productions that I am most proud of are: “Chesapeake”, by Lee Blessing for Venice Theatre Works; “Freak of Nature” by Ken Hanes at The Road Theatre Company; “Fixing Frank” by Ken Hanes at the Celebration Theatre; “Ser” by Ser Anzoategui at Company of Angels & Stella Adler Theater; “Gracie and Rose” by Anastasia Coon at the Hollywood Fringe Festival; and “Tender” for The Syzygy Theatre Company. I call myself an accidental dramaturg because directing new plays and new play development can sometimes go hand and hand. I learned about dramaturgy “on the job” so to speak and take what I learned in those early years in regional theater and apply it to the work that I do today. After developing and directing new plays for many years, I became more of an advocate for playwrights than anything else. I wanted to start an organization that nurtured their talent and provided services that they needed to take their work to the next level.

I created the LA Writers Center (LAWC) in 2005 because I wanted to provide a safe and nurturing environment in which writers could develop their work and hone their skills, without the expense or pressure of production. LAWC began at the Lankershim Arts Center in North Hollywood as an invitation only writing workshop for local writers with whom I had worked with at The Road Theatre Company and other small theaters in the LA area. Those same writers became LAWC’s first members and are still part of the advanced writing workshop today. I was lucky to be in the room with talented and diverse writers such as Jon Bastian, John DiFusco, Tim Toyama, Blaine Teamer and Ken Hanes to name a few. We eventually felt like we needed help from talented actors and directors, so in 2007, LAWC joined forces with The Syzygy Theatre Group to create a new play reading series called New Alignments. Its purpose was to provide playwrights with the opportunity to receive feedback on works-in-progress, to provide the community with an opportunity to participate in and observe the creative process, and to provide actors and directors with an opportunity to hone their craft. Many wonderful plays came out of that development process and have gone on to be produced by theaters across the country.

During the pandemic, we pivoted and moved all programming online. We felt the need for a call for action after George Floyd’s murder and wanted to stand in solidarity with Black Lives Matter. We decided to produce a reading series called “Breathe” which was designed to amplify BIPOC stories. HowlRound TV came on as a partner which increased our global reach to over 1,500 viewers. We also just added Home: Asian Voices Reading Series to our schedule which will take place this summer. We want to tell more Asian American stories because we believe they are a vital part of the American narrative.

My long-term aspirations would be to find the funding to be able to create a physical space or a partnership with a theater company or college where we can host new play readings, workshops and eventually move into fully staged productions. This would be a new step for me, and I am at the point in my career where I would like to take that leap.

We all face challenges, but looking back would you describe it as a relatively smooth road?
It is always challenging for the arts to find and maintain funding. New work development is not always the popular thing to get funded by foundations. Getting new work produced is even harder, as theater companies need to sell tickets to survive. New plays whose titles are not familiar to audiences are usually not the popular one in the season. There are some theatre companies in town that take the risk, such as The Road Theatre Company, Playwrights Arena, The Celebration Theater, and Sacred Fools (to name a few). However, in most regional theaters, new work usually gets one slot a season and needs to be subsidized by a foundation or donor in order to get programmed into the space. These are the challenges that my writers face and that LAWC tries to help them overcome.

Great, so let’s talk business. Can you tell our readers more about what you do and what you think sets you apart from others?
Sure! The LA Writers Center (LAWC) is a membership company designed to germinate and foster new work. I feel like the three most important elements to us are diversity, creativity and community. We involve not only the writer but a team of artists: directors, dramaturges, and actors. Provided with a safe and nurturing environment in which to read and workshop their work, writers are able to hone and sharpen their skills to a degree that would make them inherently more production-ready and thus more likely to be produced. Bursting new talent cries out for a sort of incubator for emerging new works; a place where scripts can grow and develop into the stories that they want to be, without the pressure or expense of production.

Our members are as diverse as the city we live in. We believe that the future of American theatre depends upon its ability to grow and stretch; to be itself transformed by amplifying bold, new and LGBTQIA+ and BIPOC voices. Our members are Academy Award Winners, Emmy Award nominees, New Century Writer Award Finalists, SCR California New Plays Prize Winners, PEN West Literary Award Drama Nominees, New York Drama Desk Award winners, Los Angeles Drama Critics’ Circle Award Winners and NAACP Award Winners. They have been produced at The Public Theater, South Coast Repertory Theater, The Pasadena Playhouse, The Alleyway Theatre, San Jose Repertory Company, The Road Theatre Company, The Roy and Edna Disney/CalArts Theater (REDCAT), Downtown Urban Theater Festival, Latino Theater Company at LATC, Sacred Fools, The NYC International Fringe Festival, Actors Express Theatre, Currican Theatre, Annex Theatre, Celebration Theatre, and The National Black Theatre Festival, among others. We offer classes in beginning, intermediate and advanced playwriting which are open to the public. However, our playwrights are also interested in writing for film and TV which is so prominent in LA. Therefore, we recently started a “Writing a TV Pilot” class which I co-teach with showrunner Mark B. Perry to meet that need. In fact, we often bring in professionals from the film and TV industry to speak with and work with our writers. We feel that it is an important part of the education process to hear from the artists that are in the field in order to keep up with the ever-changing trends of the entertainment industry.

Alright, so to wrap up, is there anything else you’d like to share with us?
Although I am proud of the good work that has come out of LAWC, I am most proud of the diverse community of artists that it has created, nurtured and supported. This has been especially evident during the pandemic due to the isolation, loneliness and despair that some of the writers have felt during quarantine. Even though the classes pivoted to online, there was a sense of community that was stifled by not being together in the same room. Once we were aware of the problem, we implemented a digital green room after each class so that the writers could spend time together. In a way, it has been a sort of life preserver for our artists. I feel that our biggest achievement has been to bring artists together in a safe space in which to share their ideas and support one another. 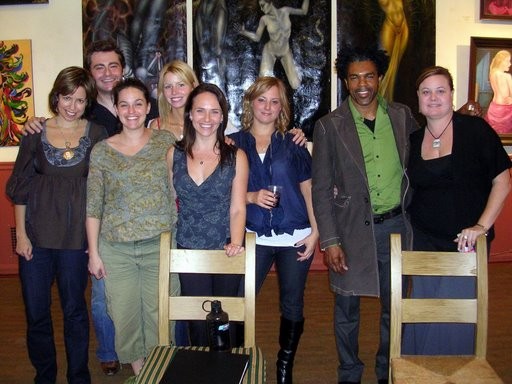 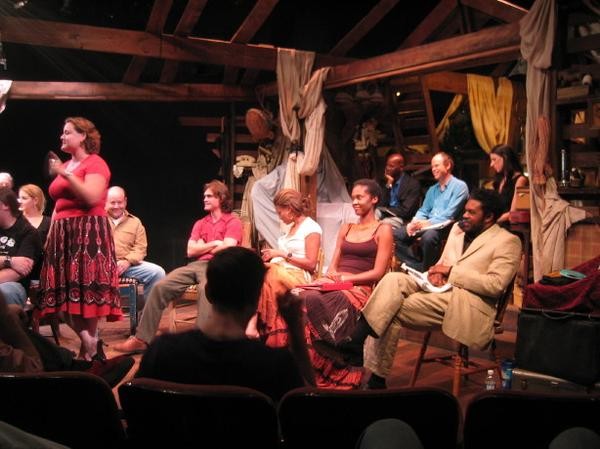 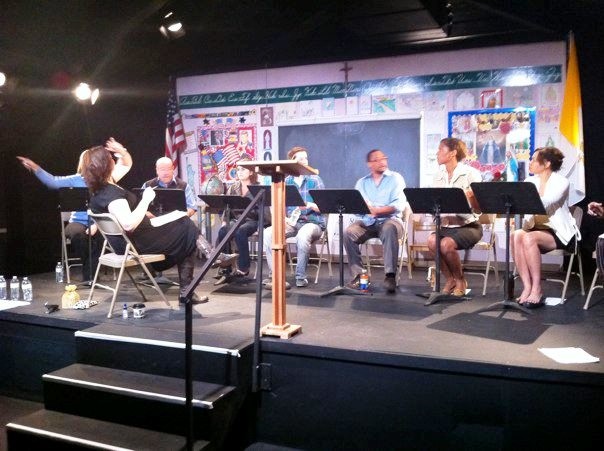 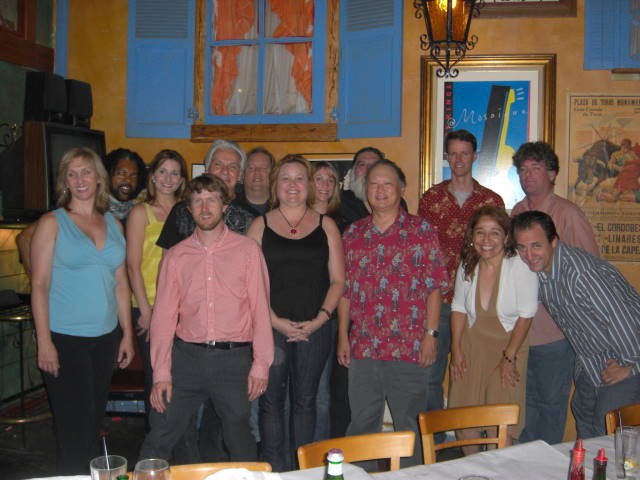 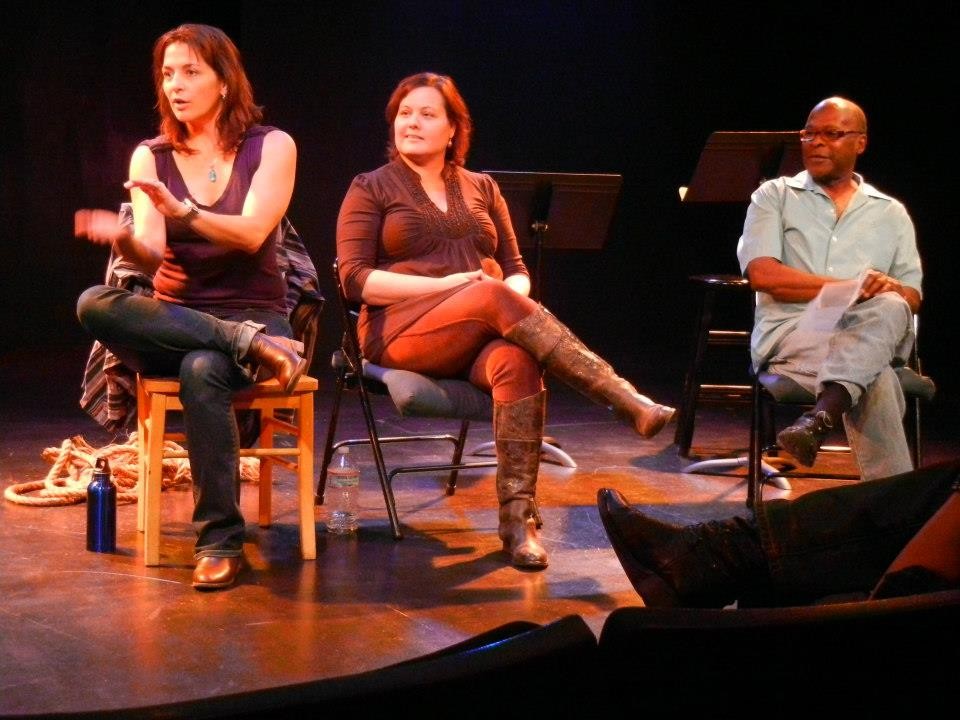 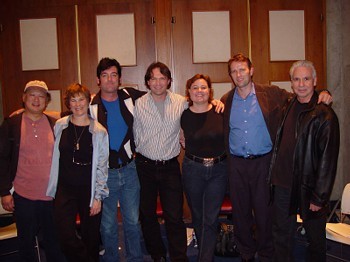 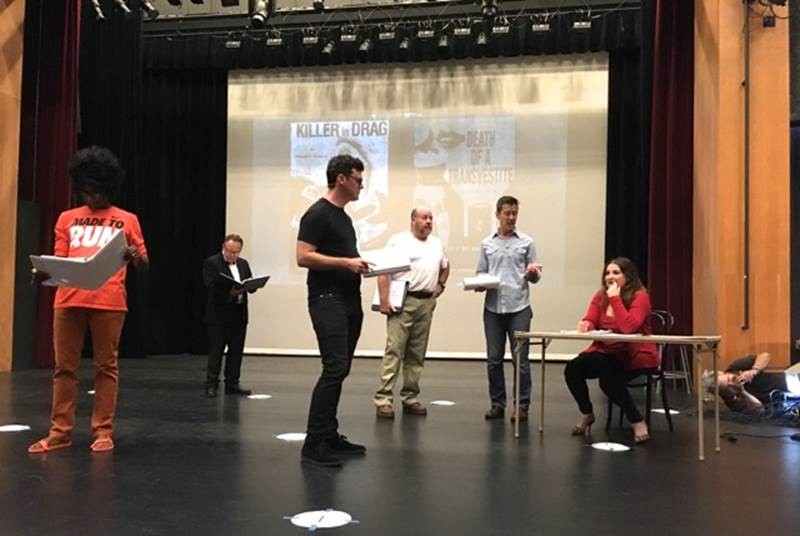 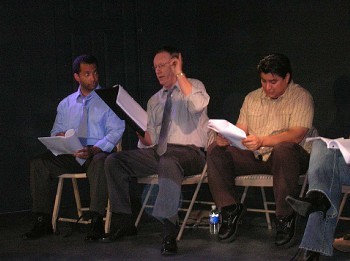 Image Credits
Ken Sawyer (for my headshot only)