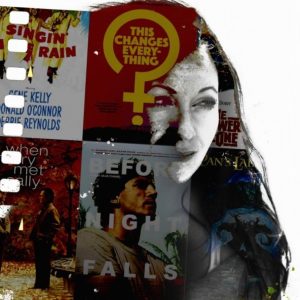 Today we’d like to introduce you to Dawn Garcia.

Dawn, we appreciate you taking the time to share your story with us today. Where does your story begin?
Well, my story has taken many twists and turns. It starts with being born in Santa Monica where I spent my youth roller skating the boardwalk with my mom who saw the world as colorful and beautiful, spent my childhood submersed in Shel Silverstein and unusual literature. I spent my days falling madly in love with the culture and diversity of Los Angeles. I would secretly long to go to museums and see art house films, but instead I’d listen to wild Old Hollywood stories from my Mexican Spanish grandmother (she was Max Factor’s secretary) and tales of old movie stars that would come into the Santa Monica Bank where my other grandmother worked once upon a time. My grandfathers were both incredibly animated. My Mexican grandfather loved eclectic music, women and a good dive bar—and introduced me to Monty Python. My other grandfather was always telling jokes, ready with hugs, golf stories, and was a firm believer of big dreams. My grandparents were my biggest influences.

Fast forward to graduating high school with a Cosmetology license and 800 hours of studio makeup and special effects training, where I immediately started working in film and television. Back then you could walk onto a studio lot and I would do so every day until someone gave me a chance. I got some pretty amazing opportunities by being tenacious!

I decided to transition to writing fiction after a run in with a famous director who told me writing was my calling. So, I wrote a few pieces of short fiction, got to spend eight days in the jungles of Belize workshopping one of those stories, and I soon realized all I wanted to do was write. So twenty years of busting my ass, writing every day, launching a magazine, becoming an editor for several other magazines, and eventually writing films and television series’, I got to where I am now.

I have written several projects that have garnered awards for writing and have fearlessly continued towards building what I refer to as “the empire”. An empire where women have a place in film and television as equals. Where I can work with more women, tell BIPOC and LGBTQ stories, hire a true representation of diverse women, and know I’m not taking my opportunities for granted. As of this week I signed an official deal to write a TV Series for a major Hollywood Studio.

My journey has been long and tireless, but I’ve spent my entire adult life writing, learning, soaking up as much information as I can, and working towards this moment. It’s been an amazing adventure and it’s just getting started!

Can you talk to us a bit about the challenges and lessons you’ve learned along the way. Looking back would you say it’s been easy or smooth in retrospect?
Ha! Are you kidding? I don’t think any road to accomplishment should be smooth. How would we ever learn anything?! The short answer is no, it wasn’t smooth. I’ve been poor, broke, a failure, a success, financially stable and unstable, have faced trauma, loss, sexism, and have definitely had to work without stopping—doing so with eyes wide open. I have been fortunate to have been given opportunity at various times in my life, but I’ve had to earn every single bit of it. I am likely what’s called a workaholic, but I apply that work ethic and devotion to every part of my life. Even motherhood.

The struggles in the film industry stem from an outdated construct that women are secondary; not seen as valuable. The same is true in publishing. It’s a constant struggle in many ways, but I don’t believe that should stop anyone. We have to fight extra hard to get a chance or be taken seriously, and when you do it all with integrity, everything takes longer. That said, I wouldn’t change any of it. The struggle has taught me to value everything and to be highly adaptable. I push myself harder every single day, and being able to navigate through challenges, having to work with shady people—it allows you to see things from all perspectives and learn what NOT to do.

With my magazine, I have built that from the ground up without a permanent staff which means I’ve never had a marketing team, editorial staff, graphic designer, sales team, or wealthy benefactor. That has, at different times, taken the wind out of my sails, but I knew I needed to grow it all—and make sure eventually I get to a place where I can easily afford a real team without pulling from my personal finances. I don’t ever want to ask someone to work for less than they’re worth, but I absolutely plan on raising that capitol very soon and hiring a permanent staff of brilliant journalists, visual creatives, marketing pros, etc.

When it comes to film and television, it’s a game of patience. You can’t expect to write one great project and that’s it. You have to write constantly, finish projects, submit to festivals, get awards, and do the publicity yourself. That has taken years, but I have been beyond fortunate because I have a kickass agent and manager and a slew of people who believe in me and champion my work ethic and my work.

I love what I do. I love story and I love the visual medium.

I have big, lofty goals of getting an EGOT, continuing to advocate on behalf of all women and equality, so that my kids grow up in a world where they can be themselves without fear or isolation. I want to inspire hope and creativity.

As an aside, all of my struggles in my youth (loads of loss and trauma) have allowed me to fully realize the beauty and power of empathy and the necessity of community. Those experiences have made me a better writer and storyteller, and now I get to bring some of that to life through dramas and comedies. It’s a gift I feel incredibly blessed to have.

Thanks for sharing that. So, maybe next you can tell us a bit more about your work?
I am a writer, screenwriter, and magazine creator. I have been writing since I was about six years old, have worked in the entertainment and publishing industries since I was 18, and I am most known for being a staunch advocate of the arts and an activist of equality.

I’d say I specialize in story and the human connection. I believe whether referring to journalism or screenwriting, we must never lose sight of the human condition—good, bad, and everything in between. Humanity is quite literally an endless source of inspiration. When it comes to journalism, I talk to the reader … not at them. I love writing in a way that gives words the gravitas they deserve. When it comes to screenwriting, my strengths lie in story structure and dialogue. For me it’s like a dance. A beautiful, fluid dance of words strung together to create a tangible experience that might make someone out there feel seen and heard.

My career path has led to having a radio show, a writing podcast, hosting events, working at networks and studios, acting as editor and seeing thousands of articles published in print and online, and at the core of it all is my love of the arts. There is something innately honest about every form of artistic expression, whether it’s music or a painting, a film or a play, and I look for the human thread in it all. We’re all connected and while these days it seems like we’re coming completely undone, hope still reigns supreme.

As for what I’m most proud of, my short film “Spiraling” has garnered 16 awards, honors and official selections, and my TV Series, “The Confidence Men” has received 5. All of my projects have received some sort of recognition and that is something I’m super proud of. But I’m also incredibly proud to have launched a magazine that gives amazing creatives a true voice and visibility. As for what sets me apart? Probably the fact that I never stop writing!

Can you share something surprising about yourself?
As I mentioned briefly, I just got brought on to write a TV Series with a major studio! I’ve been writing a long while and having this opportunity changes my life!

Also, in terms of something people may not know is that even though I’m super strong and driven, I’m a big sap who loves romance and the little surprises in life. And I have a deep love of beautiful design … including fashion but I never splurge on myself. EVER. (Unless a laptop counts!) I haven’t been on an intentional, non-working vacation in 16 years or ever owned a new car. I don’t do those things for myself and I’m finally realizing it’s time to learn how!

Lastly, I believe that we cannot simply sit quietly on the sidelines of life. We must be active participants in protecting equal rights, human rights, and women’s rights. My hope is we rise together and overcome, restructure and overturn all legislation that continues to oppress and violate those inalienable rights. 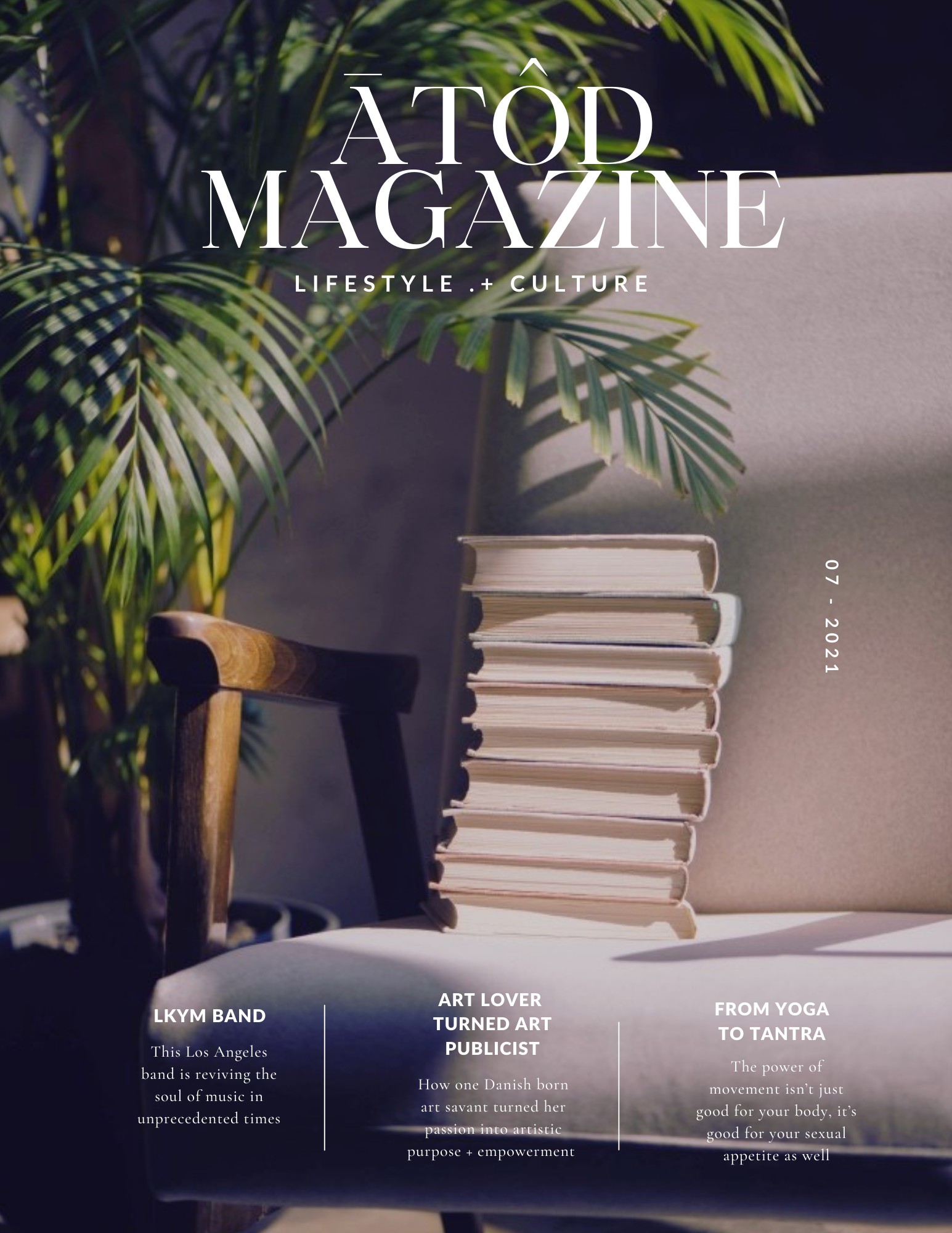 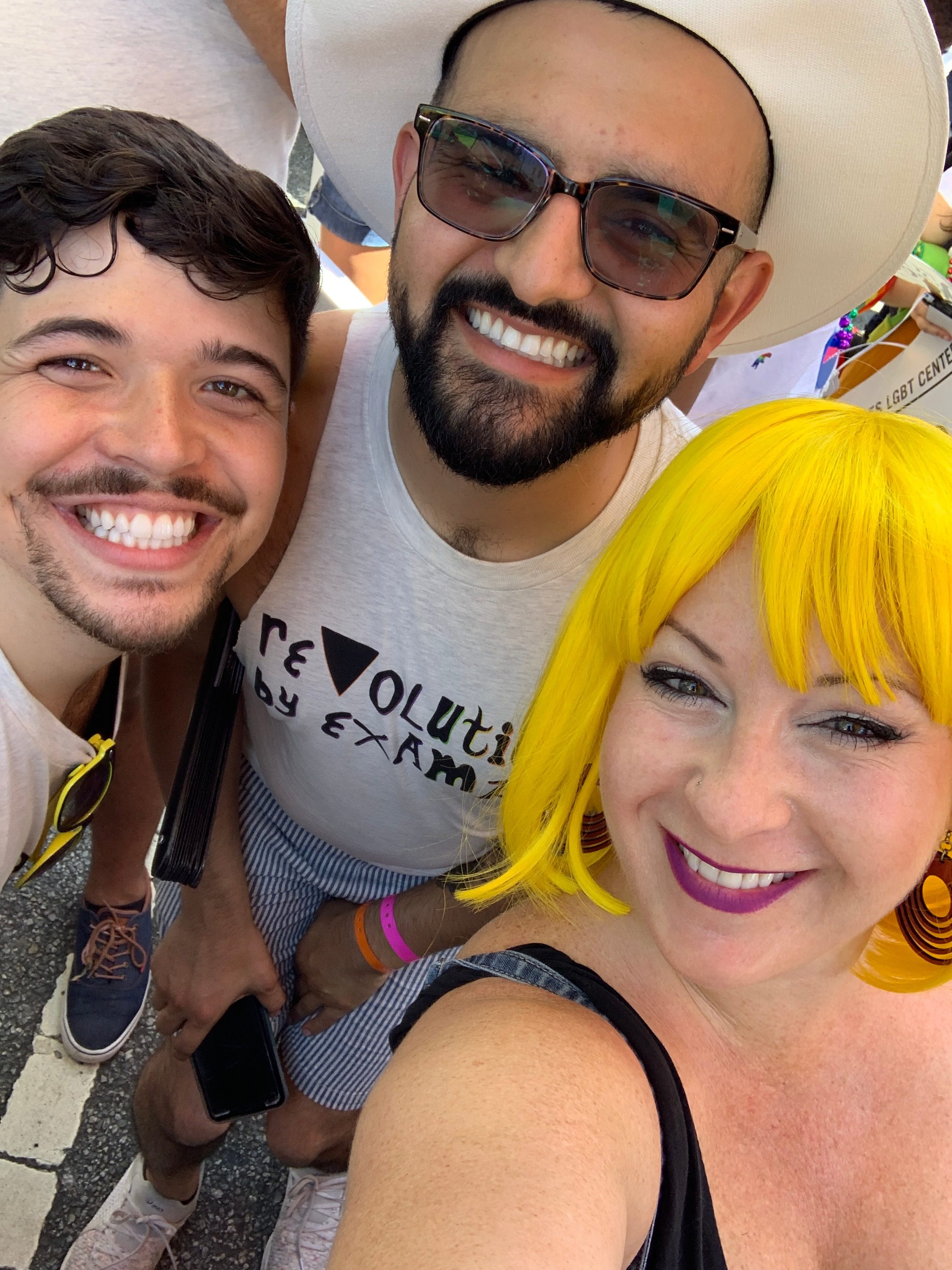 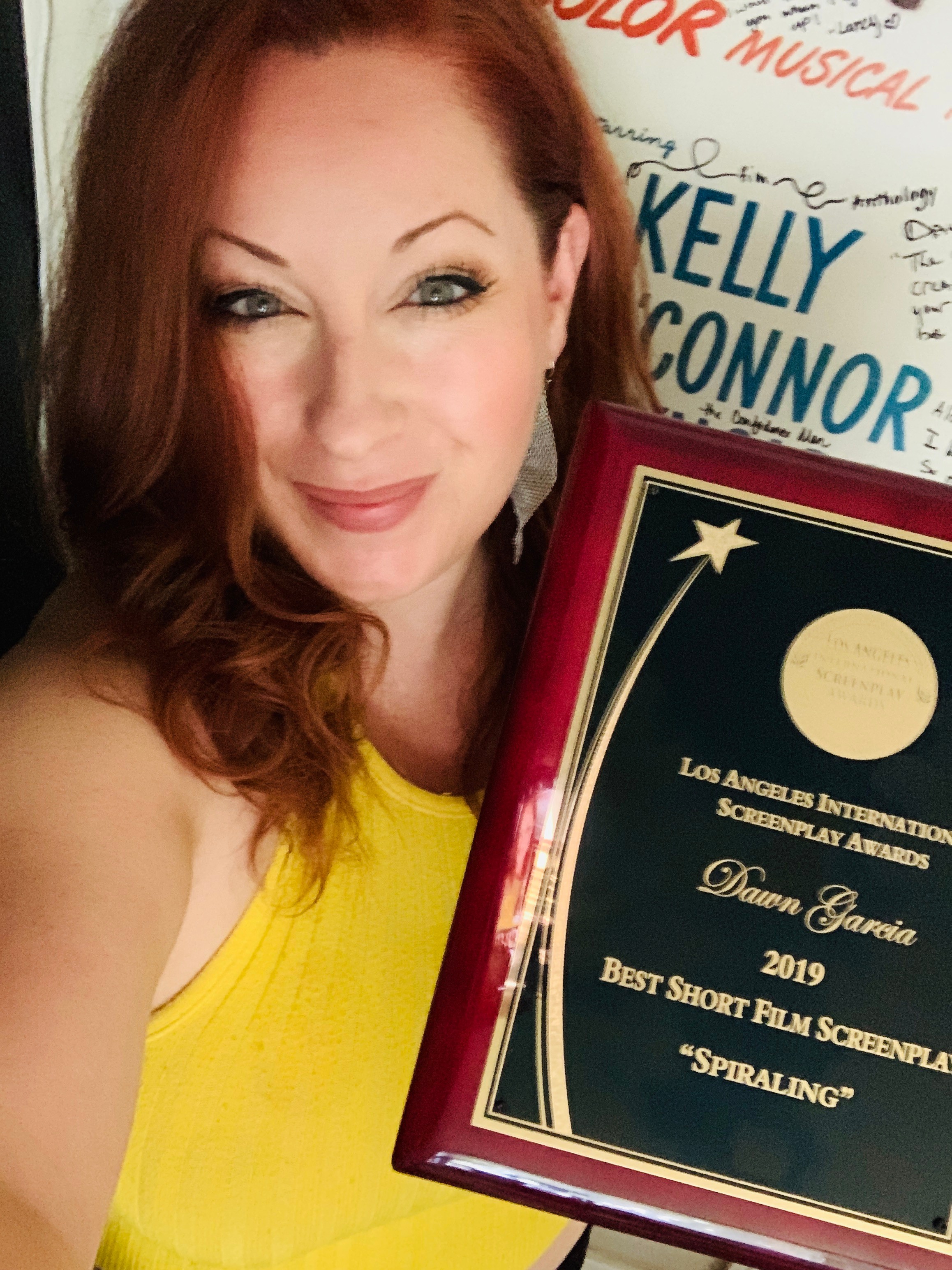 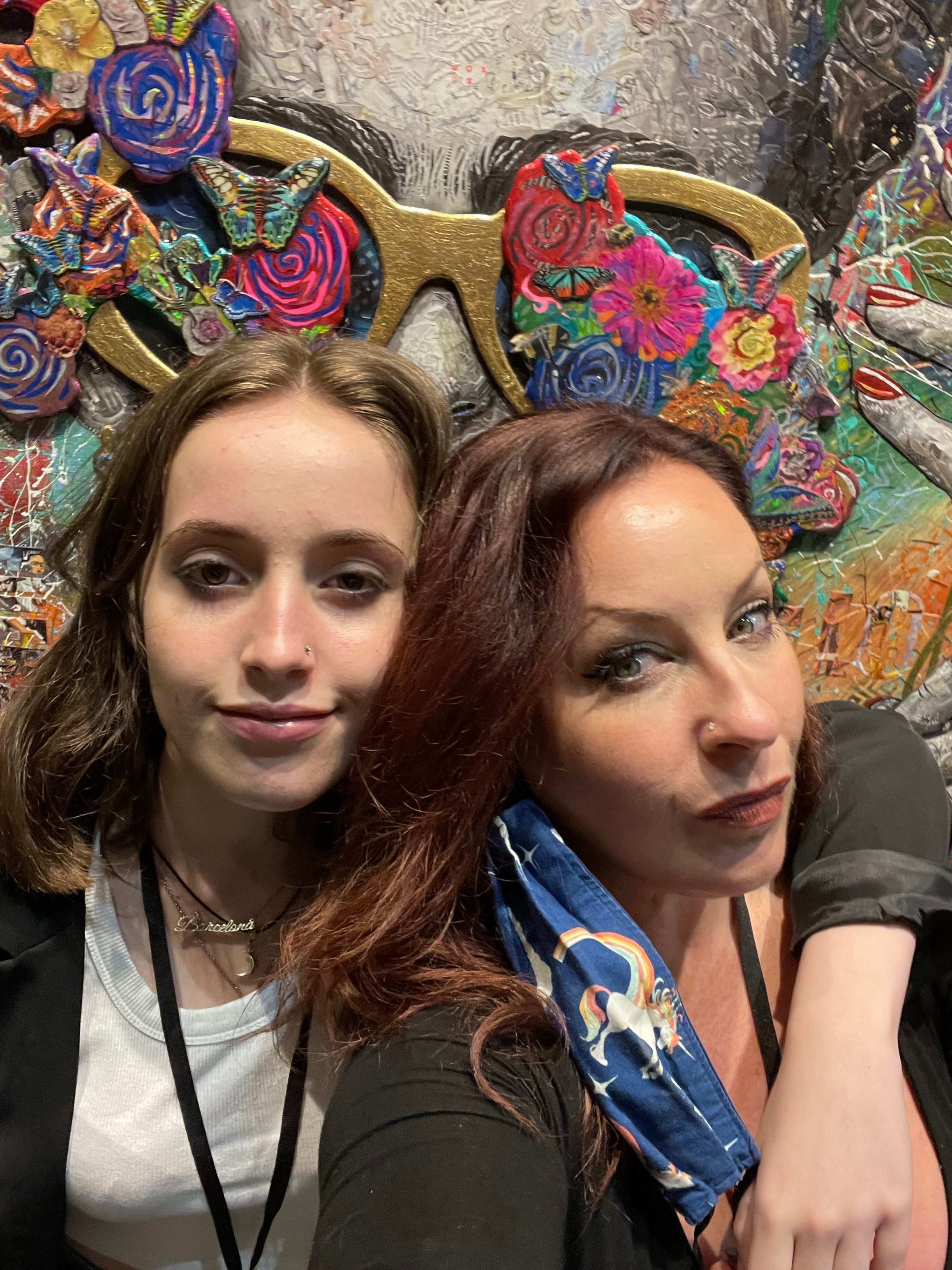 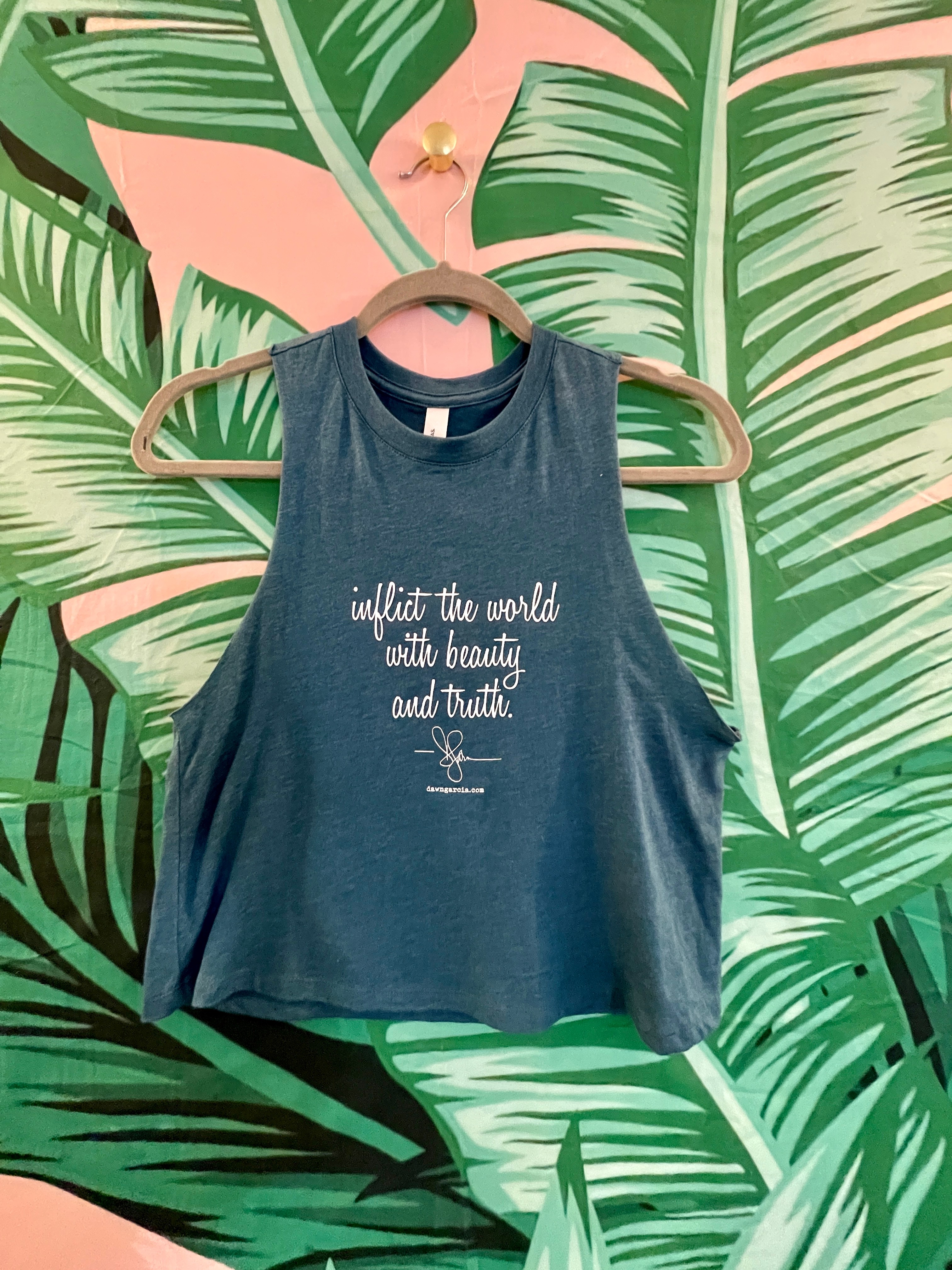 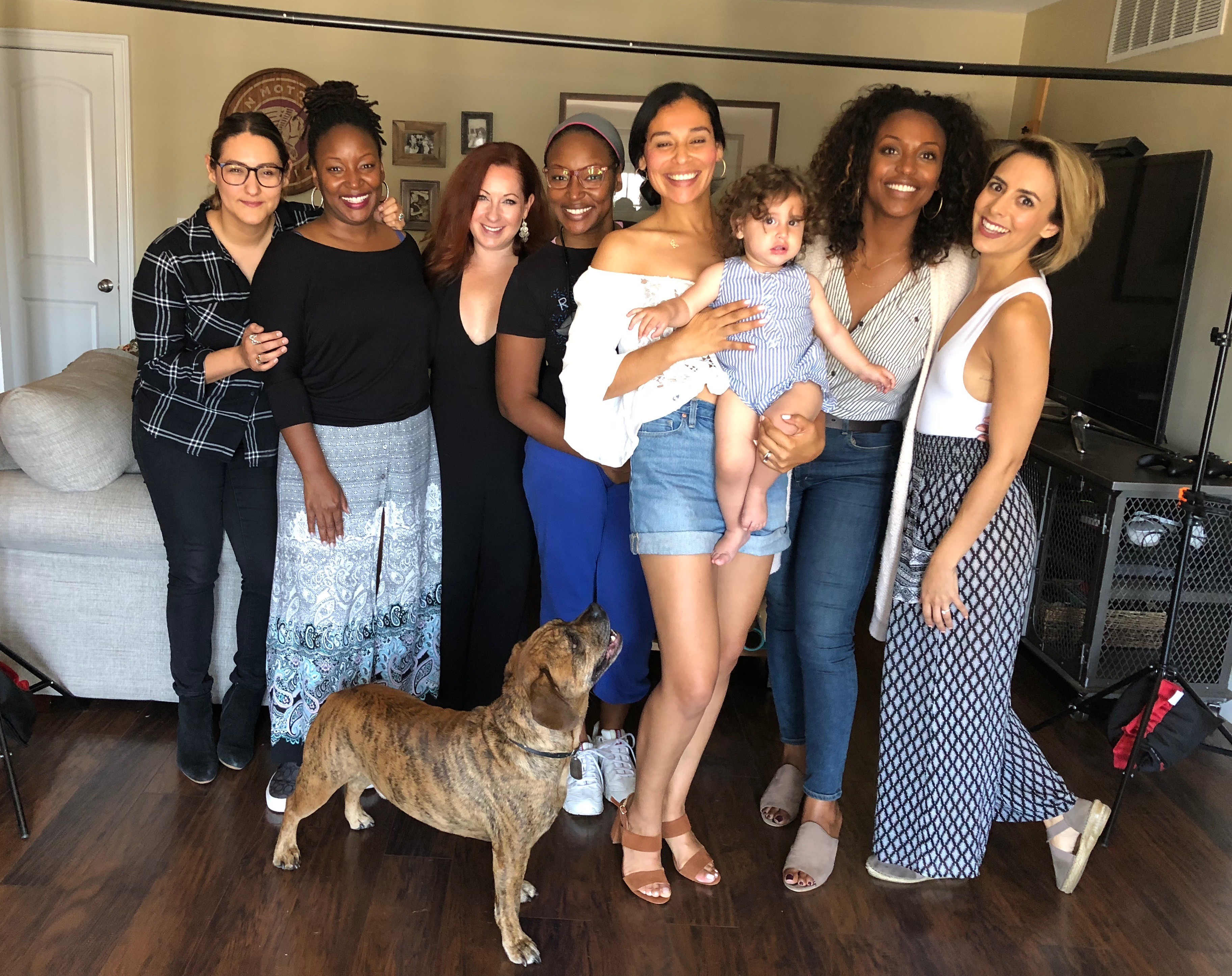 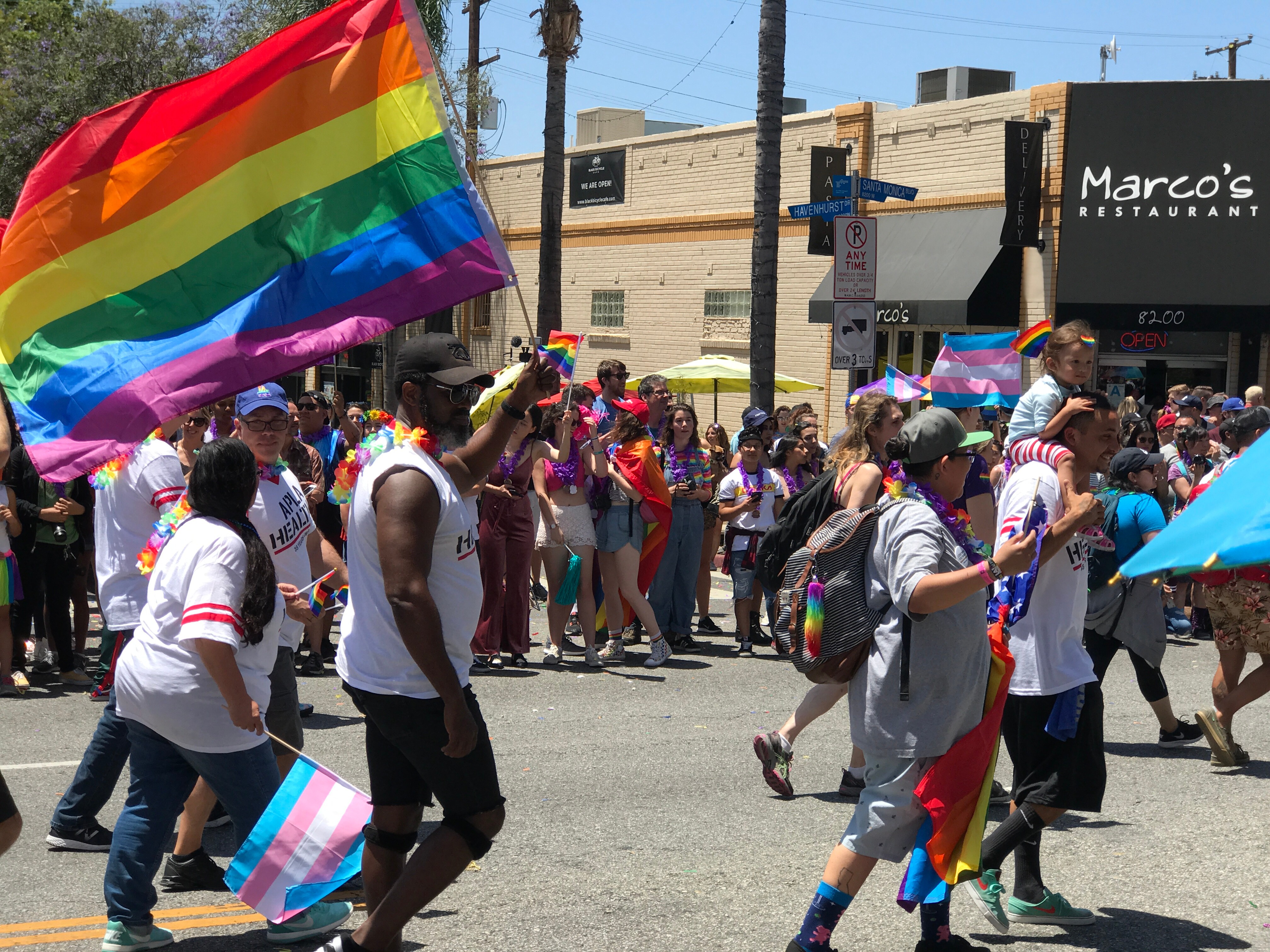 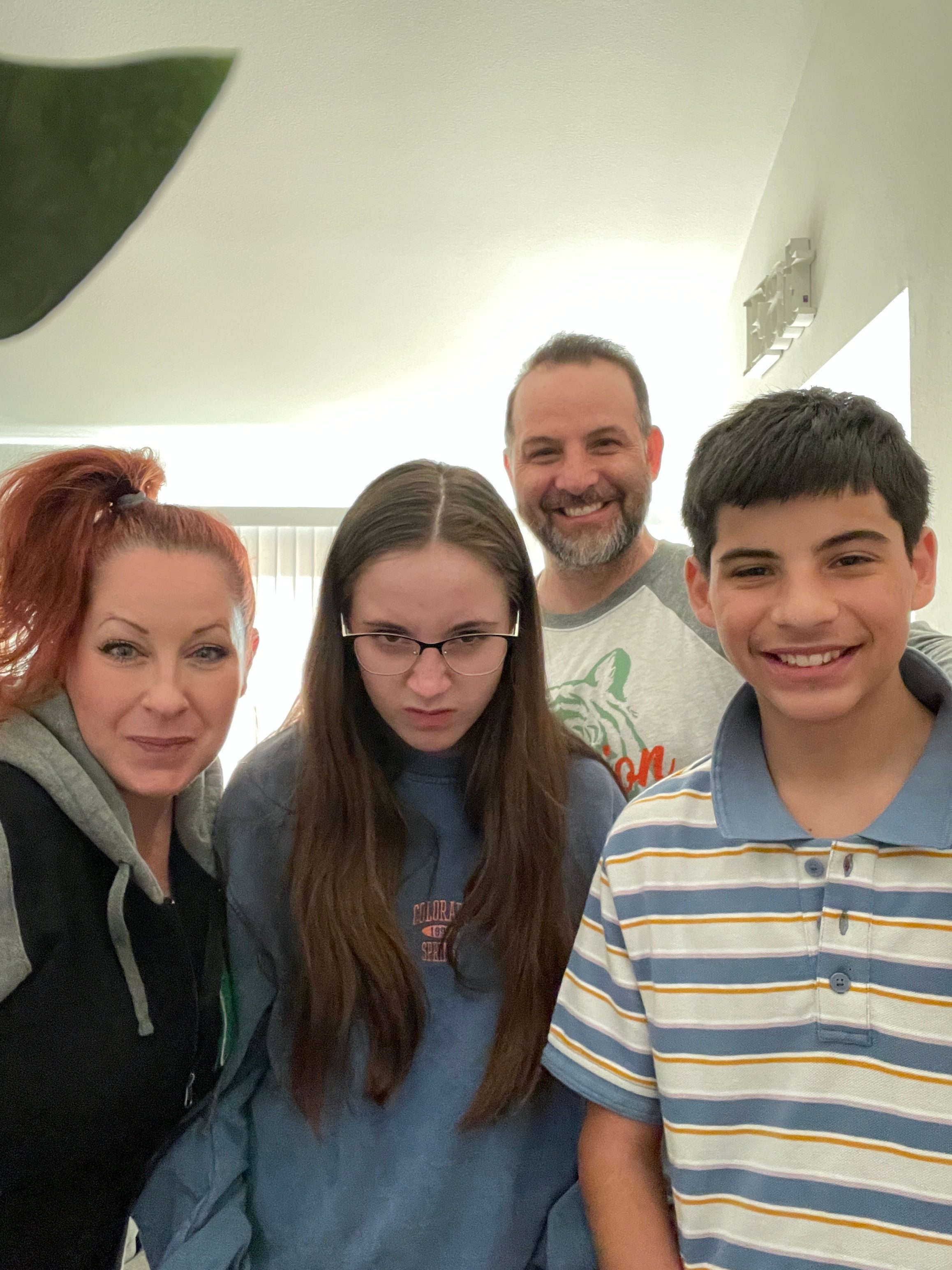 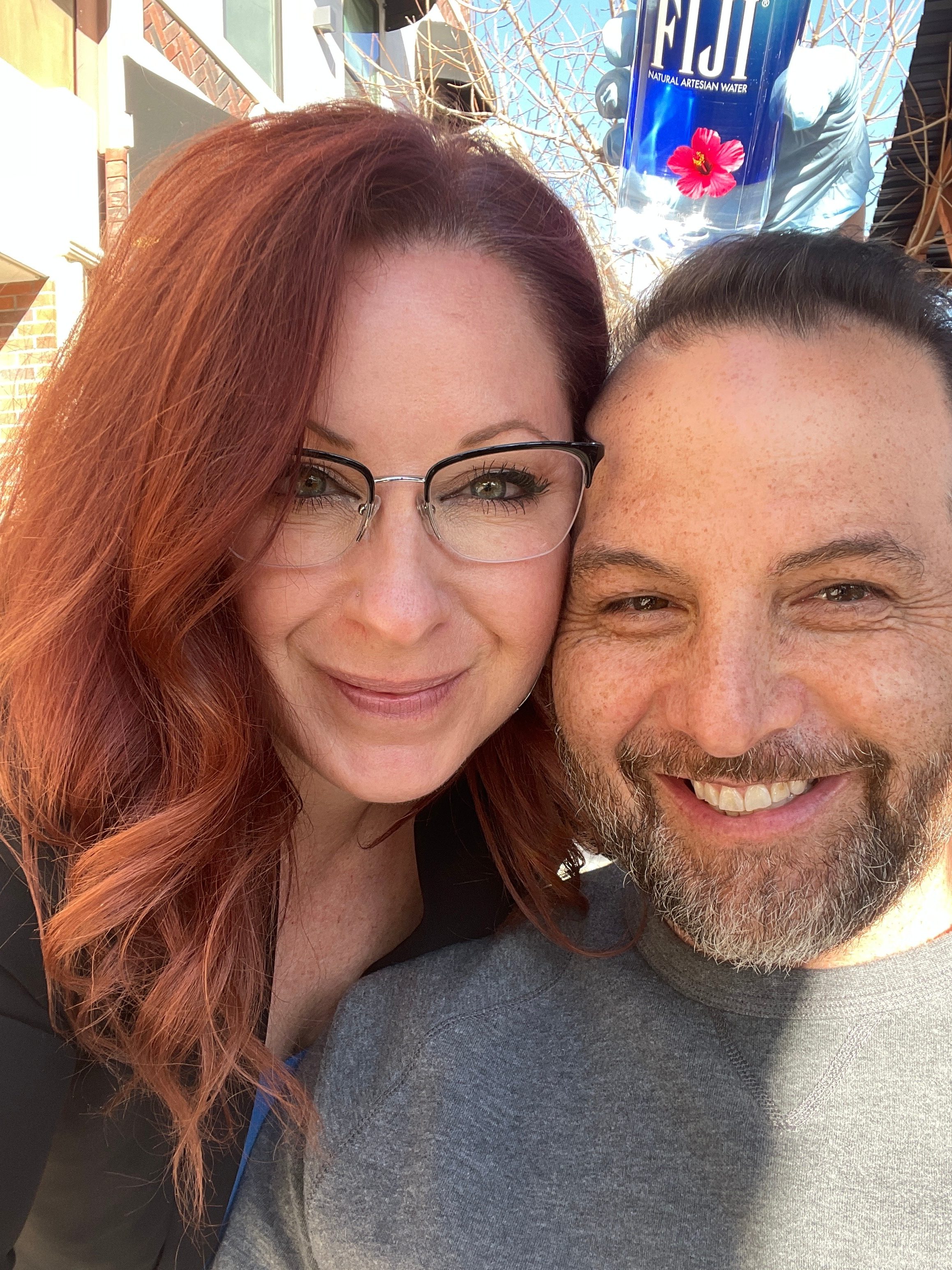 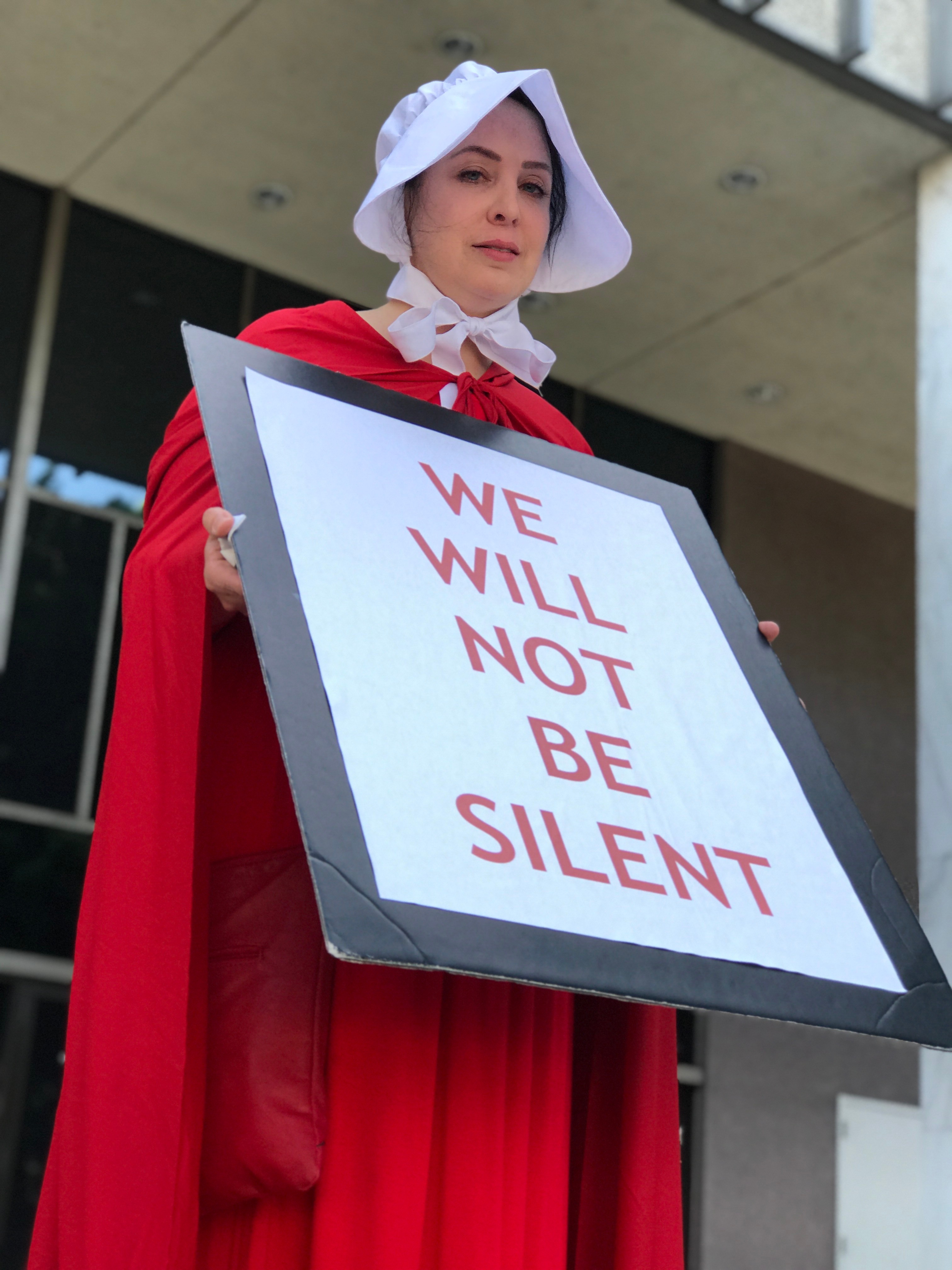 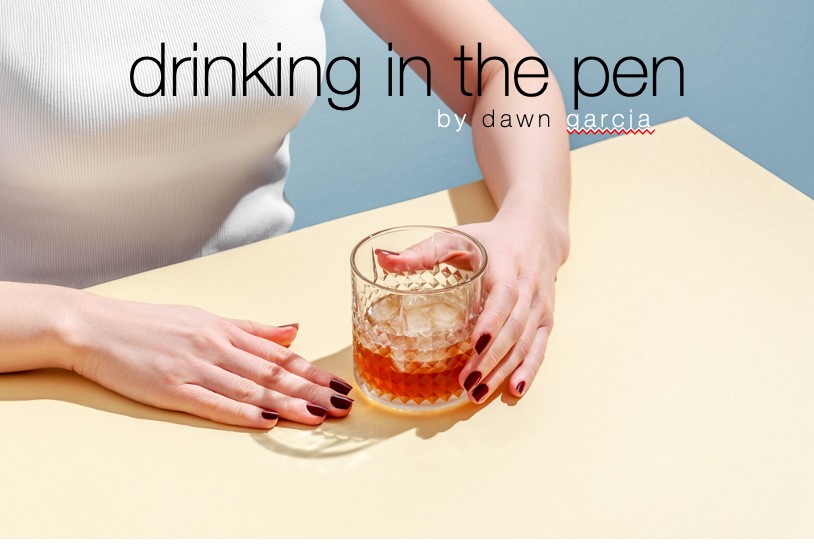 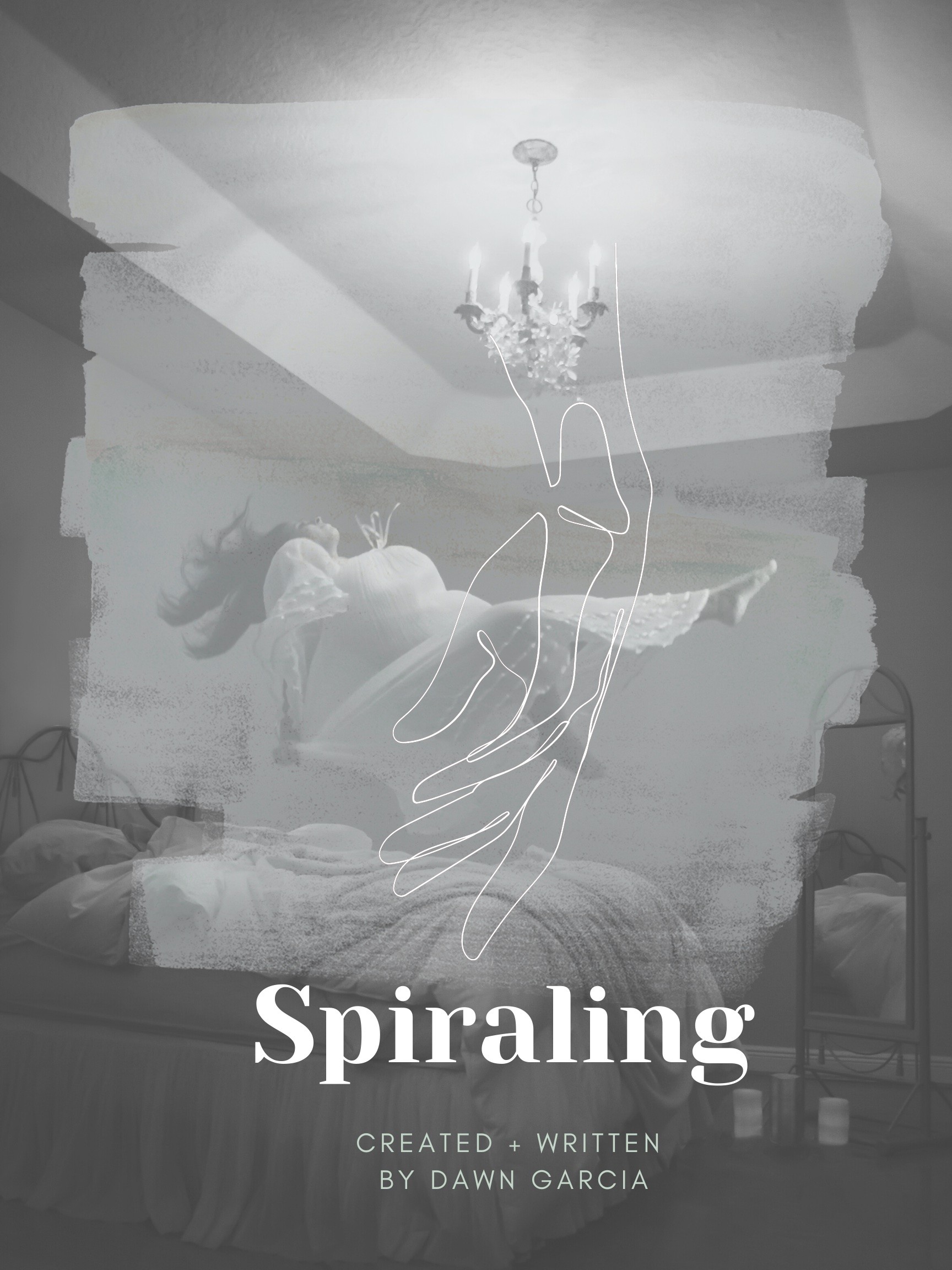 Image Credits
Dawn Garcia, and are authorized to use via ATOD Magazine.