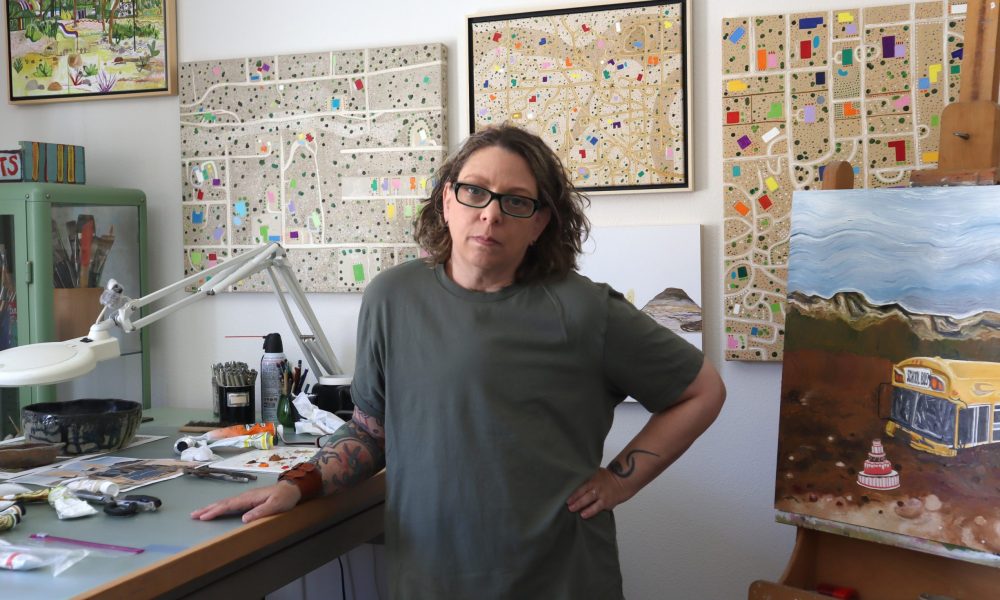 Today we’d like to introduce you to Ayin Es.

Hi Ayin, it’s an honor to have you on the platform. Thanks for taking the time to share your story with us – to start, maybe you can share some of your backstory with our readers?
I’ve made art as far back as I can remember. I’ve played music and drums and have written since the age of twelve or so. None of these things were practical, of course, but I was still determined to chase after all these endeavors seriously despite never having gone to school. In fact, I hardly even went to Jr. high school. I was already way behind in grammar school because I moved many times before age nine. My parents’ relationship was very volatile; they’d always break up, and this caused us to move. We were constantly changing neighborhoods. I’ve probably gone to every Los Angeles primary school for a minute and a half.

Because of the abuse and neglect going on in my house, I took off just before I turned fifteen and got myself emancipated. I really didn’t have many skills (or reasoning) and thought I could “make it” as an artist, so I felt these were my only options in life.

While continuing to paint, I took gigs as a drummer and eventually worked my way around the circuit. I played professionally for about fifteen years before having to leave touring and recording behind me, as I became physically disabled and couldn’t play consistently. That’s when art took center stage.

I’d already been gaining collectors during my musician days by making handmade newsletters. I collected people on my mailing list while I was in a band and offered payment plans for my paintings this way. This allowed a bit of rent money to trickle in over the years.

All the while, I solicited galleries for decades, did pop-up shows, community and non-profit exhibitions, group shows, and anything else I could hustle until I joined Gallery 825/LA Art Association in the early 2000s.

We all face challenges, but looking back would you describe it as a relatively smooth road?
Not a smooth road at all. I’ve literally starved, lived in my car, and suffered from a fair bit of mental illness that went untreated for half my life. Those were rough times, especially when stressing about how my next dollar would transpire. I was always hustling, getting the rent paid at the last minute, but I never borrowed money. Looking back, I don’t know how I did it. I took the occasional odd job—many were odder than I care to admit to. And the artist’s life comes with unfathomable rejection that you just have to get used to, which is easier said than done.

Also, during my generation, it was difficult for me to have the language (and courage) to fully be who I was as a genderqueer, nonbinary person. It took me many years to understand myself despite how obvious it may have been as an androgynous kind of being. So, life has been smoother in recent years since I figured all that out.

Appreciate you sharing that. What else should we know about what you do?
I mostly make mixed media oil paintings, but I work in a lot of other media as well. I handcraft Artist book editions—one every year or two—as they take a long time to accomplish. They are in museums and prominent university collections.

Pretty much everything I make is narrative and is said to have a naïve, self-taught look to it, probably because that’s just the fact of the matter. The primitive aspect of my art is authentic. I’m not trying for that effect. It’s just so.

Most of my work is personal, even the landscapes. Those address the high desert of Joshua Tree—a place very near and dear to my heart. Some are more abstract than others, depending on the media I use. I work in a variety of series. The media dictates the look and cohesiveness of each body of work.

Personally, I’m drawn to the more absurd, sloppy, and existential series’ that come from a stream-of-consciousness process of drawings and sketches. Those pieces come from part writing, part drawing. They are more visceral rather than planned out. I’m always excited to see where that process takes me next.

Where we are in life is often partly because of others. Who/what else deserves credit for how your story turned out?
There are at least five people I want to give credit to, so excuse me for taking the time for them.

My number one supporter has been my partner Hannah for the last twenty-three years. I honestly don’t know where I’d be without her. Her encouragement, support, and wisdom have helped me in every aspect of my life and career.

Anne Hromadka is an independent curator and creative strategist who has been the director of two galleries I have been represented by in the past. She is also an arts professional and advisor for the Southern California Jewish Artists Initiative. She’s been one of my biggest supporters and mentors.

My gallerist, Craig Krull, picked me up in 2015 at a time in my life when I needed it most and has believed in me ever since. His support has given me confidence and reassurance, and he’s a role model for gallery owners everywhere.

Ellie Blankfort, an LA artist and consultant, has mentored me in the past and taught me how to tap into my imagination better by showing me the techniques on the writing and drawing processes I use to make my favorite paintings.

Lastly, my greatest friend, artist Elizabeth Hoffman, now living and working in Pennsylvania, made introductions for me in the early 2000s that were key for me in getting me out of my shell. This was what got me to start networking in the LA art scene in the first place. 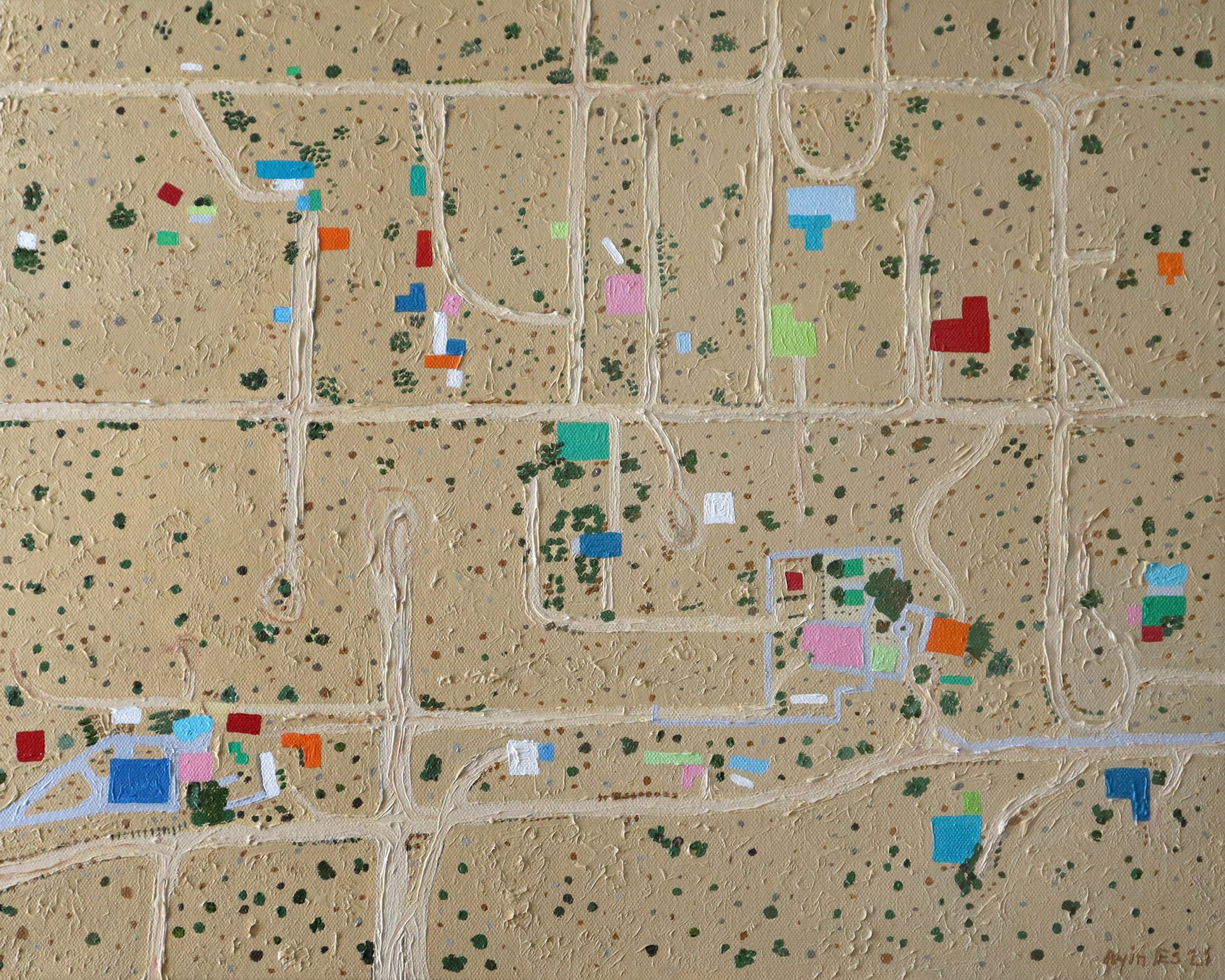 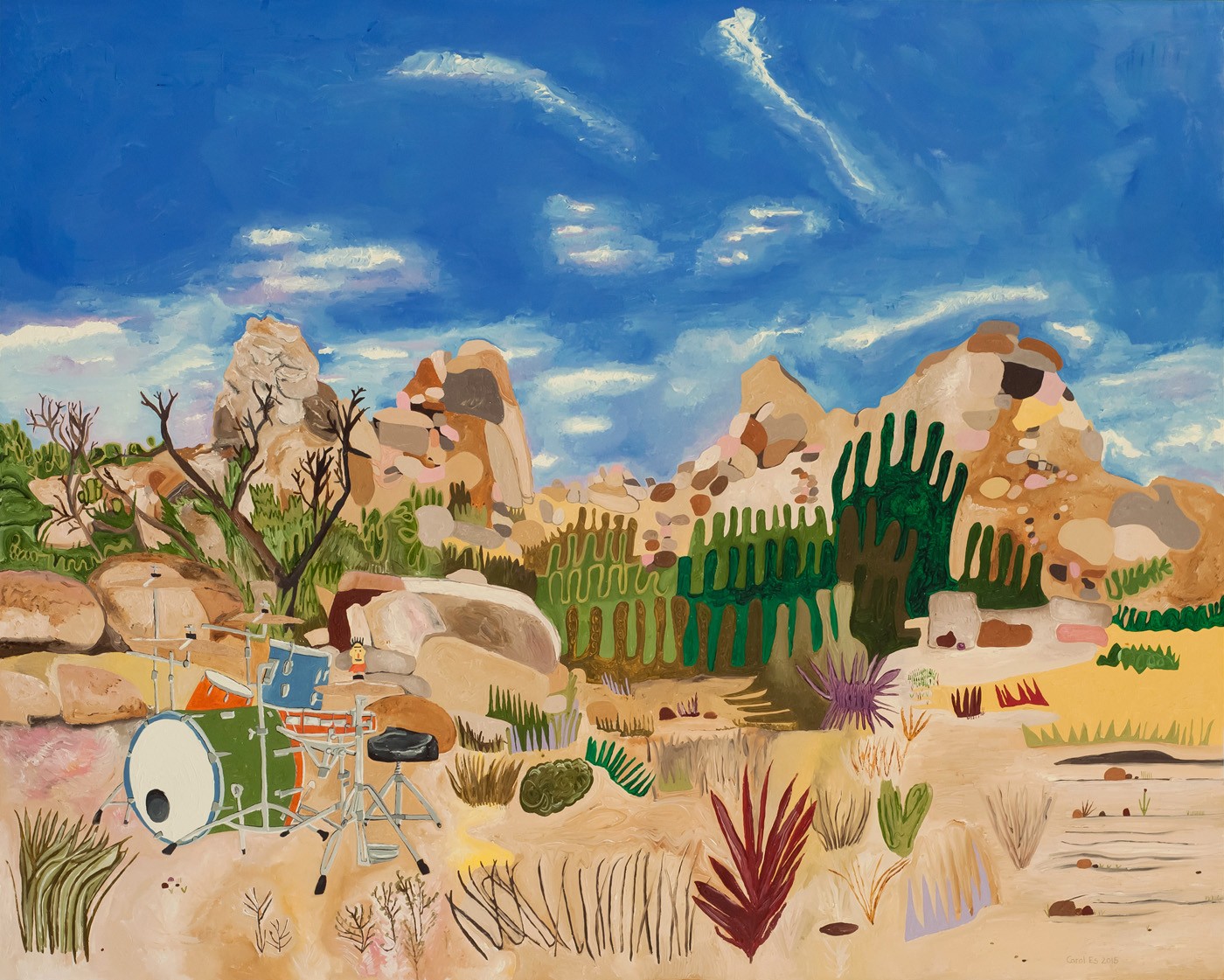 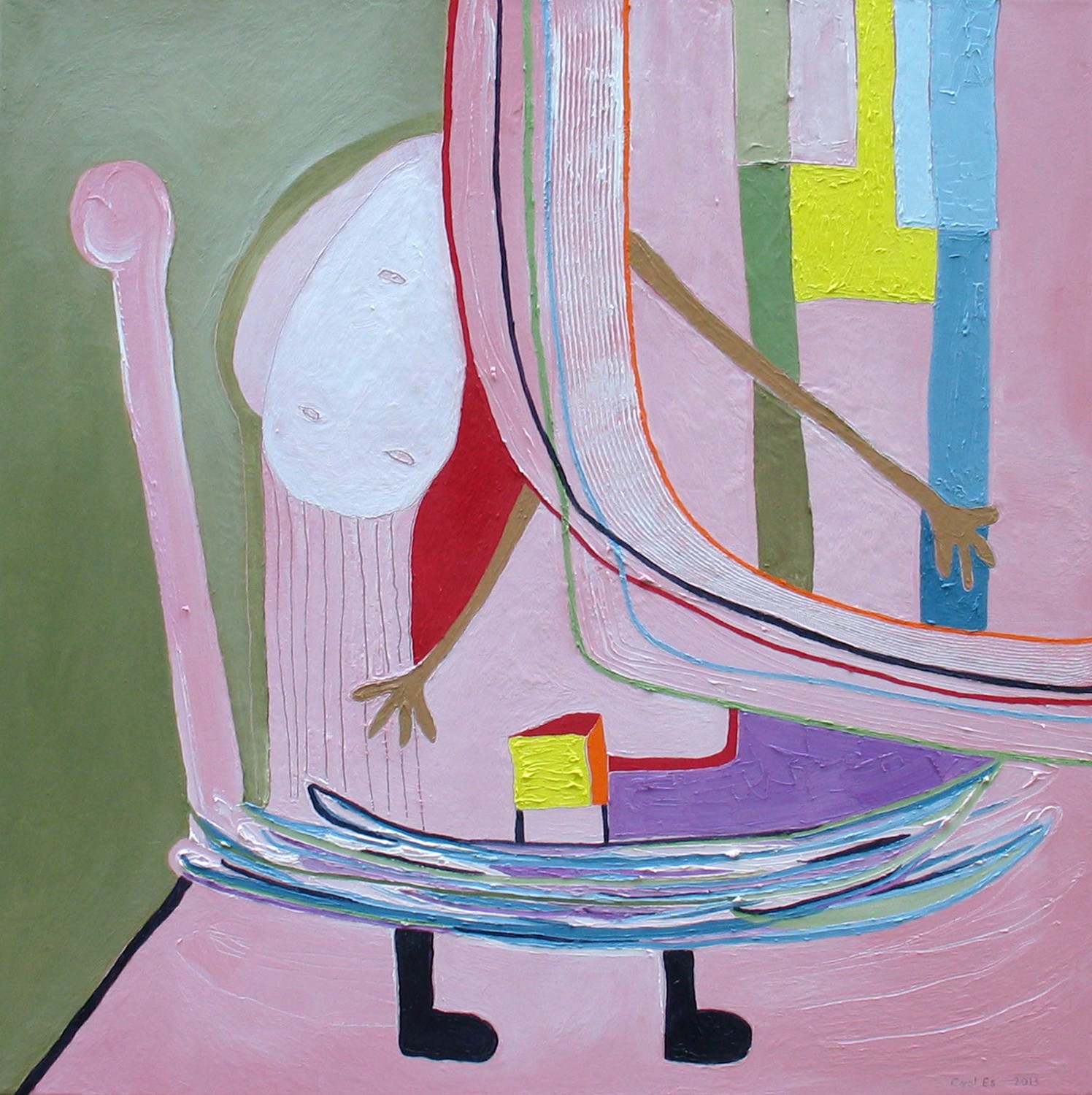 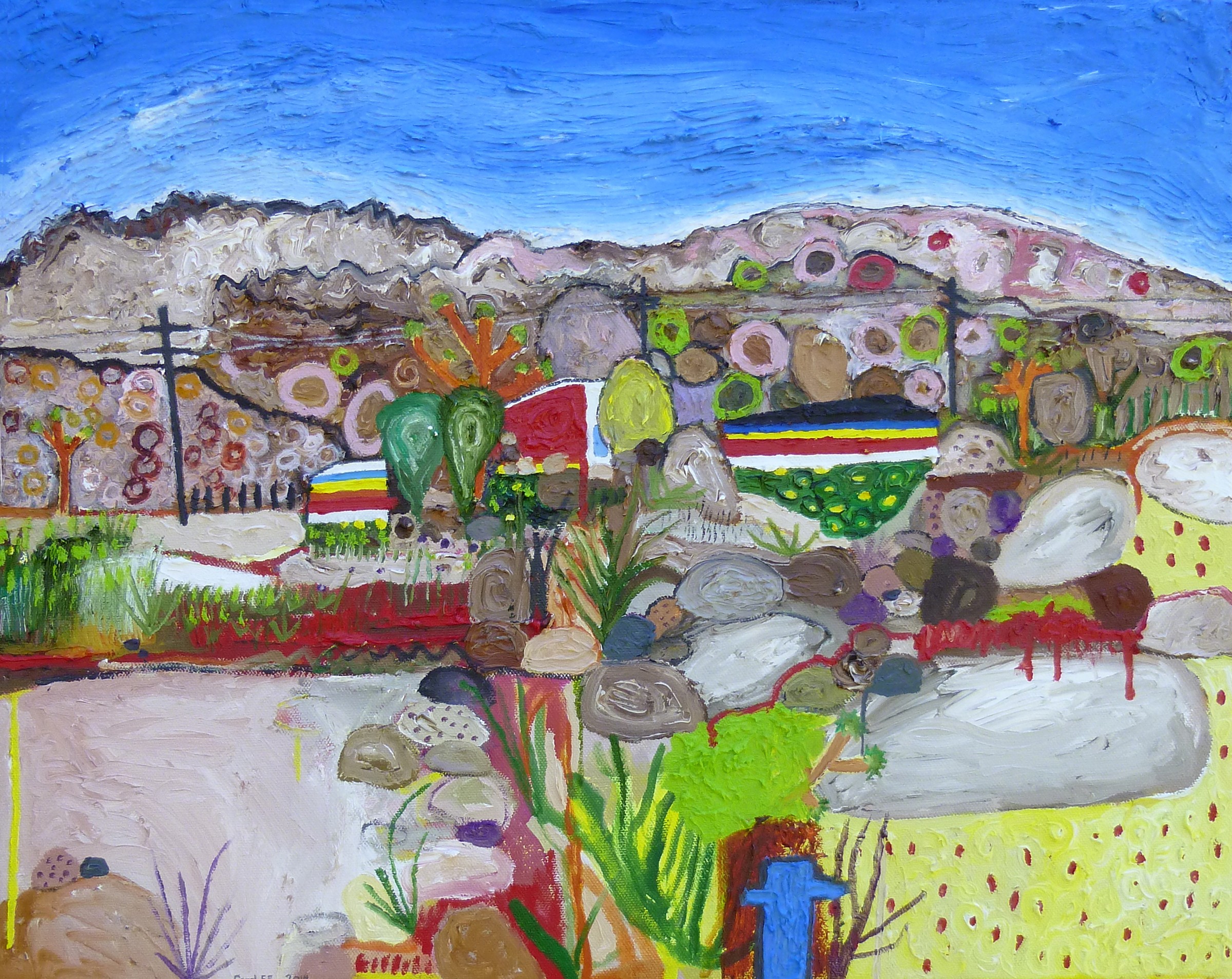 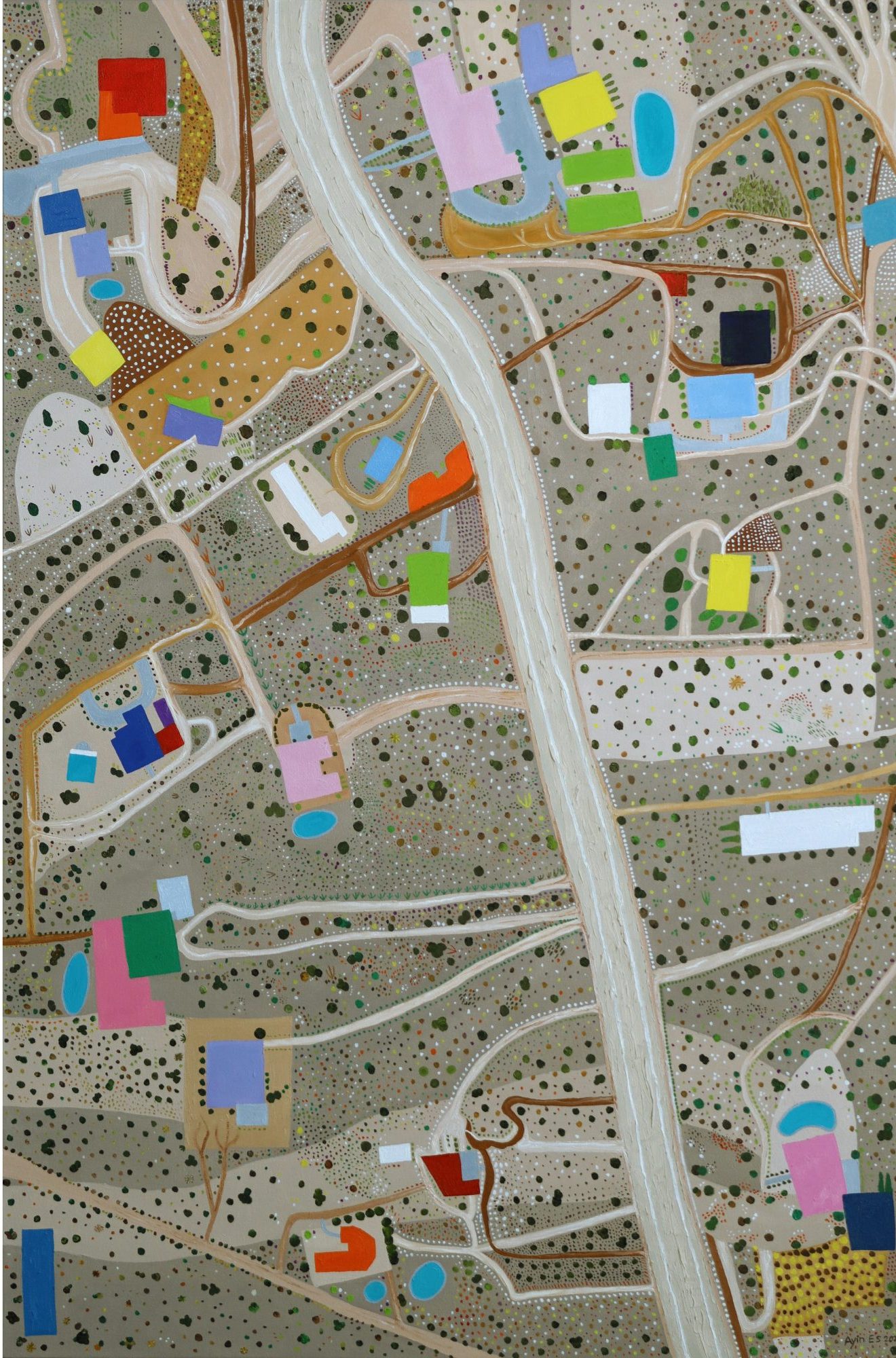 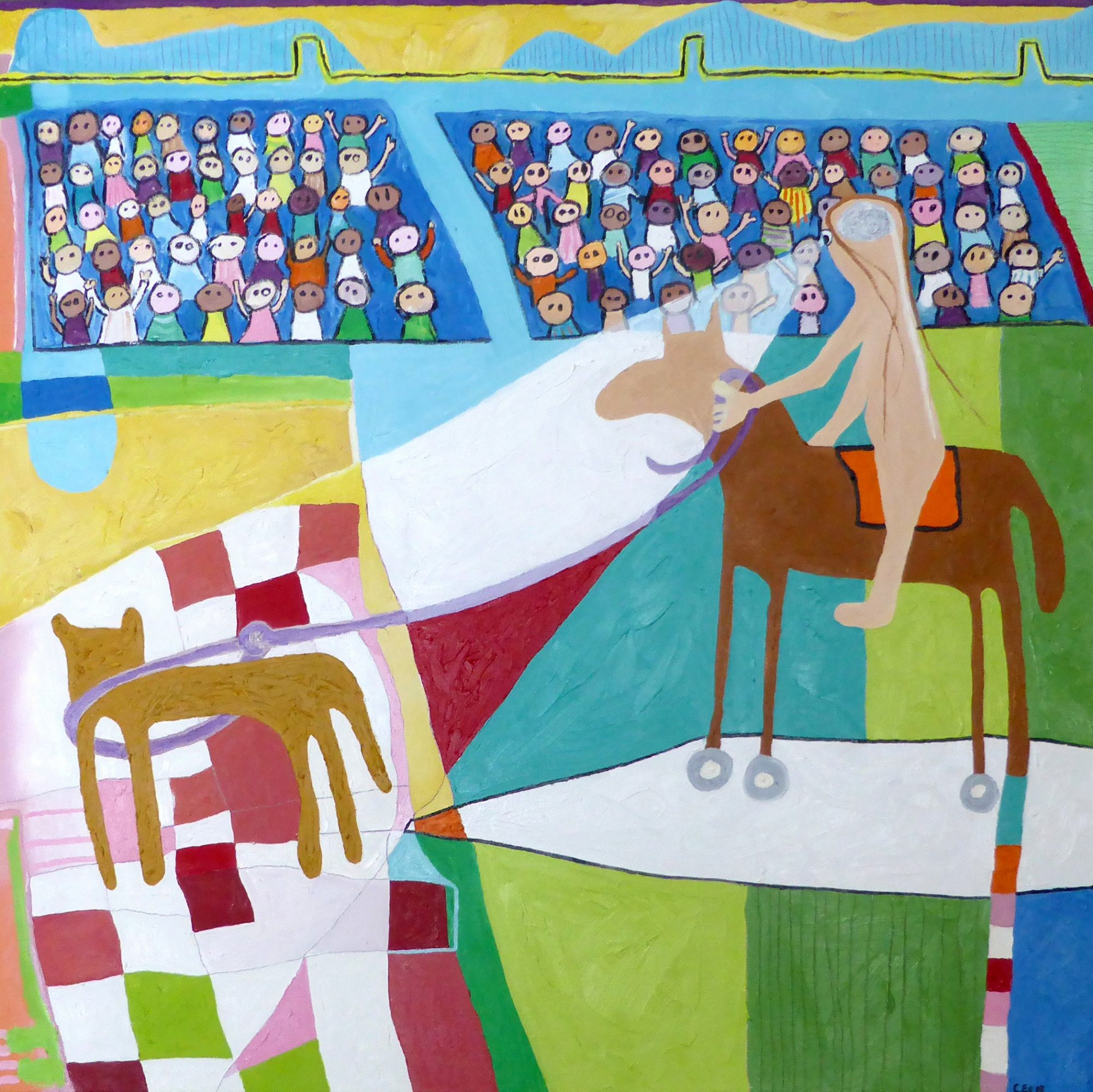