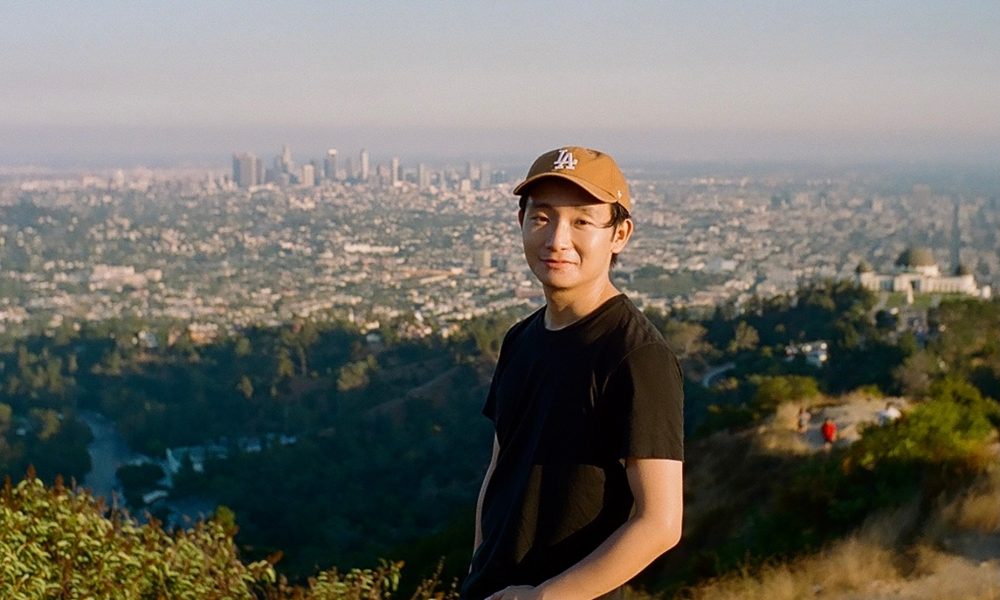 Today we’d like to introduce you to Siwei Li.

Hi Siwei, can you start by introducing yourself? We’d love to learn more about how you got to where you are today?
I was born and raised in Chengdu, China, a city known for its great food and casual lifestyle. I went to a local boarding school where I started to learn English and meet my headteacher, Miss Zuo. She taught history and occasionally held some late-night movie screenings for our class, especially when she got a little drunk. I remember we watched one of her favorite movies, The Legend of 1900 by Giuseppe Tornatore. I still have that vivid memory in my mind: a bunch of teenagers in the classroom, enjoying the beautiful story and score, having some rare freedom and leisure from tedious school work. It was also around that period I started to watch a lot more movies with my new little iPhone4. I was in my adolescence and I felt it’s time to watch some “western art movies”…well, I always ended up finishing the whole movie with tears in my bed. Even for the four-hour-long Once Upon a Time in America by Sergio Leone, I was awake enough to finish it in the early morning. I kept watching movies like this for three years until I left home for college.

At that point, I wasn’t determined enough to choose film as my major. I did journalism instead and went to Beijing, but then quickly I realized that this was not the way I wanted to make a living. I did learn a lot though. I particularly enjoyed non-fictional writing and I was really into independent documentary filmmaking. I got to know some Chinese independent filmmakers through underground screenings. Most of their works focus on ordinary people in sort of dilemma, reflect the other side of social reality: Modernization is a flood, where different voices were drowned, and violent hurts were hidden. I once did a documentary project on fishermen at a Lake in southern China. I lived on a boat for five days. A local captain introduced me to different families and their boats. My lens was close enough to record people’s lives on a deteriorating lake, and overall, their bleak future on a lake with nothing to provide. I have heard much, seen much, or maybe too much for me to digest the intertwining complexation.

In the year 2017, I exchanged to the University of Westminster to study photography and documentary filmmaking, then I went to a program at USC to learn more about narrative filmmaking, where I met my mentor Michael Uno, who gave me tremendous help and encouragement to keep pursuing this dream. Making films in different countries was challenging but also exciting experiences. I started to understand how stories of different individuals of different cultures can be also universal. I want to tell stories that discover and share truth of human emotions. This was the year that I eventually made up my mind and see my path clearly. I started to write and shoot more after I got back home from the U.S. I spent some time working in the commercial industry. I improved in the craft level, got chances to play with more advanced toys, got to meet and shoot celebrities, however, I felt somehow empty. In the meantime, more self-doubt and anxiety, more wasting time, and more questions. I wondered if making movies that I used to watch, that I admired was just a far dream. I wondered if there’s a place for me to learn more, that eventually I’m also capable to make creative decisions to tell a better story. I happened to be graduating back then, and I was blessed that I did my graduation essay on the master cinematographer Vittorio Storaro. I got this chance to revisit most of his works, those I’ve watched when I was a teenager but didn’t know who was the guy behind the magic of colors, light and shadows. I read, researched, and wrote. It was breathtakingly beautiful to learn all the visual designs he made for those movies and his philosophy behind them. I felt ignited. I realized that this is something worth spending my next few years to study, maybe a lifetime.

I applied to the cinematography program at AFI Conservatory in 2019, considered the best in the country, and fortunately, I got it. Today, I’m here in L.A, trying to keep learning and staying calm in the middle of a pandemic. I’m prepping my thesis film and hoping the best for 2021. Looking back at my first year, I’m grateful and happy because I’ve learned so much about a subject that I love, also because I could collaborate with a group of artists who share the same passion.

Can you talk to us a bit about the challenges and lessons you’ve learned along the way. Looking back would you say it’s been easy or smooth in retrospect?
There were really difficult times of course during productions. So many times that I was new, or in a foreign country, short-handed. But they always gave me a sense of accomplishment after I made it. So I would say it’s been relatively smooth so far. I’m grateful for the people that supported me. Many times when I needed a leap, I made efforts, and luckily I often got what I wanted and I improved. The hard part though is knowing what I wanted and making the move.

I still remembered in my sophomore year, a senior friend who studied in the U.S told me the chances to switch to film production for graduate study were slim, and he recommended that I should probably consider film marketing because it’s closer to my background. I respected his point but I was really discouraged. I did have a lot of self-doubt on this path especially at the start when I saw not much of access. Today, seeing a professional career ahead of me, knowing a lot of my fellow filmmakers all came from different backgrounds, I know our past experiences are all unique and precious.

As you know, we’re big fans of you and your work. For our readers who might not be as familiar what can you tell them about what you do?
I’m a cinematographer. I find the right camera position to tell the story and communicate emotions, and I light for the same goals. We often take it for granted to see the final image and think art is generally subjective. However, filmmakers choose so carefully where to put audiences in this game and there’re more “right and wrongs” than what I used to think. It is our job to make emotions and literal ideas to be felt and visualized. I believe cinematography is more than techs. It’s writing, with camera and light, based on the same level of understanding of humanity and emotions as the screenwriter and the director. Only that, can we make a visual story happen.

I do both commercial and narrative filmmaking. I’m currently working on the prep for my thesis film at AFI. It is a “loss of innocence” story took place in China, set in Shanghai in 2003, speaking Chinese in Shanghai dialect. It’s a period that both I and my director spent our childhood. There were so many details and textures that only belongs to that time and somewhere hidden in our memories. It’s a story about ordinary and worldly people that I grew up with, about the moment of growing up and stops being vulnerable, which I believe can be understood in every culture. I’m so excited to revisit our own memories and to recreate this world in the States.

If you had to, what characteristic of yours would you give the most credit to?
Collaboration is now my number one not only looking back but also to set goals for the future. A painter may paint his work to the best, a pianist may practices one piece to perfection, unfortunately, filmmaking is just not possible with a single hand. We are constantly collaborating and compromising, against our perfectionism intuitive. 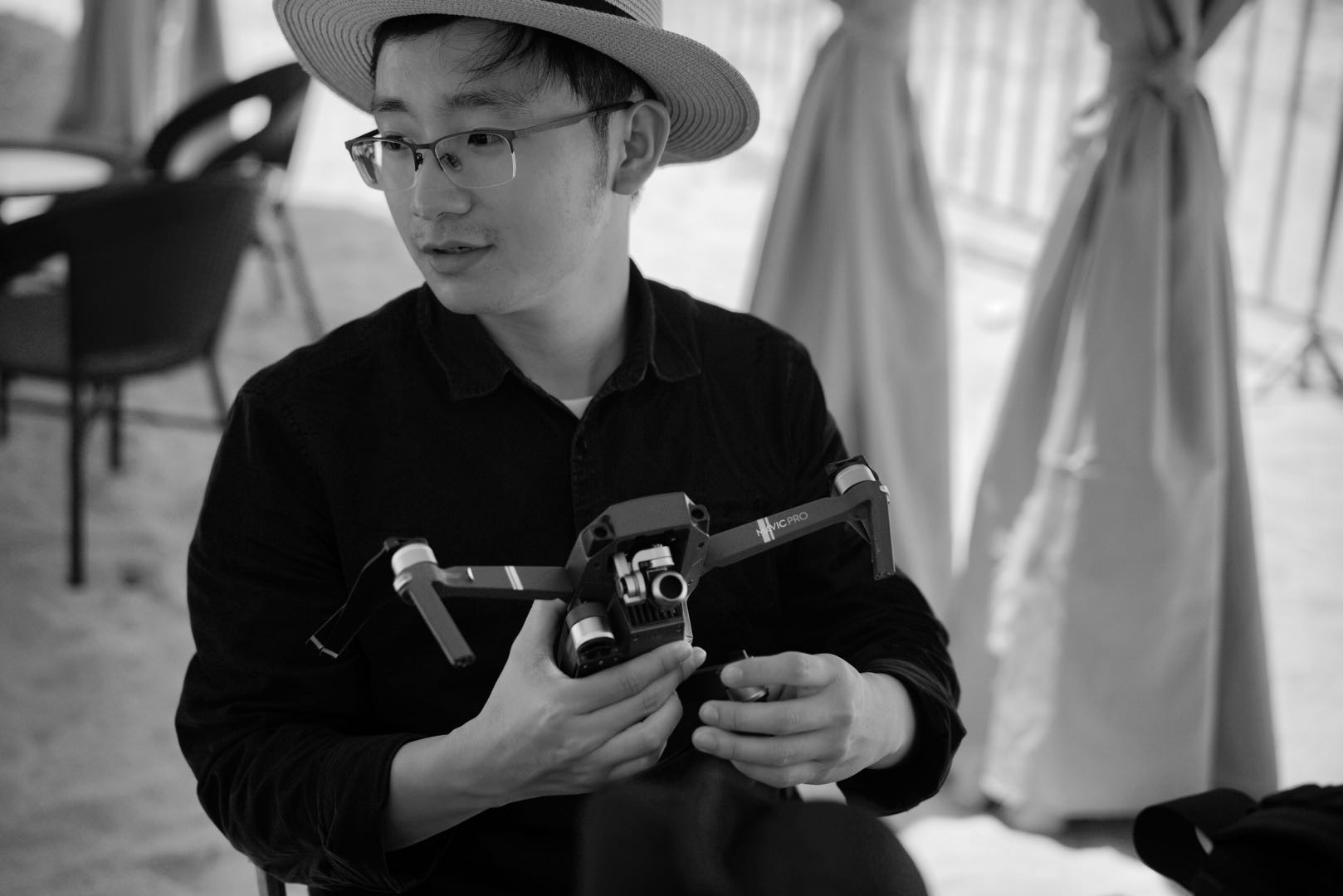 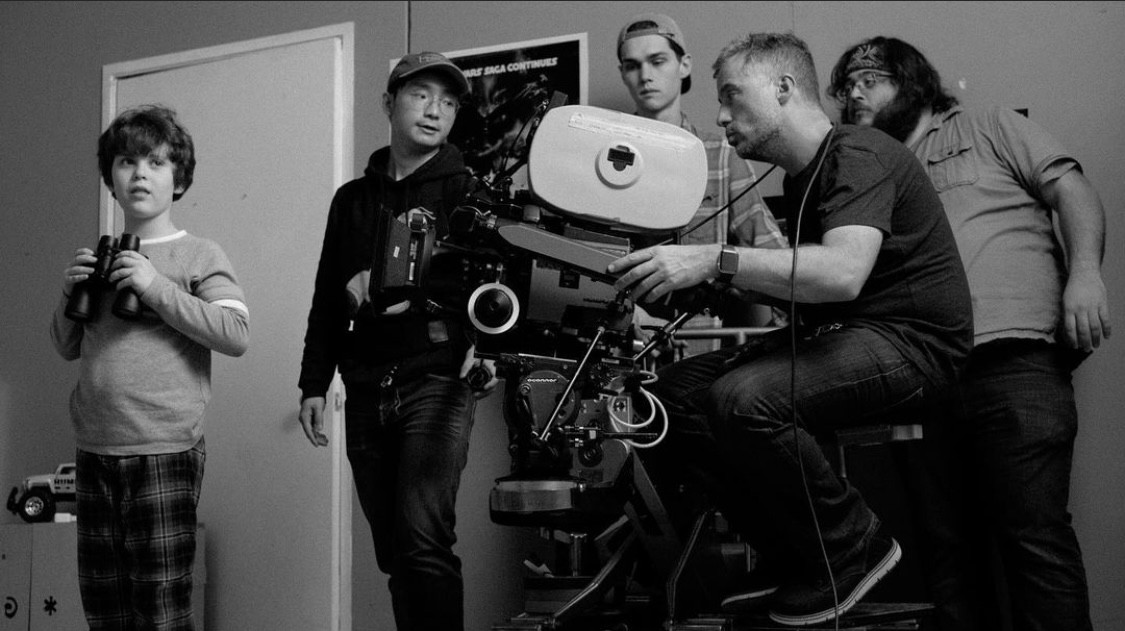 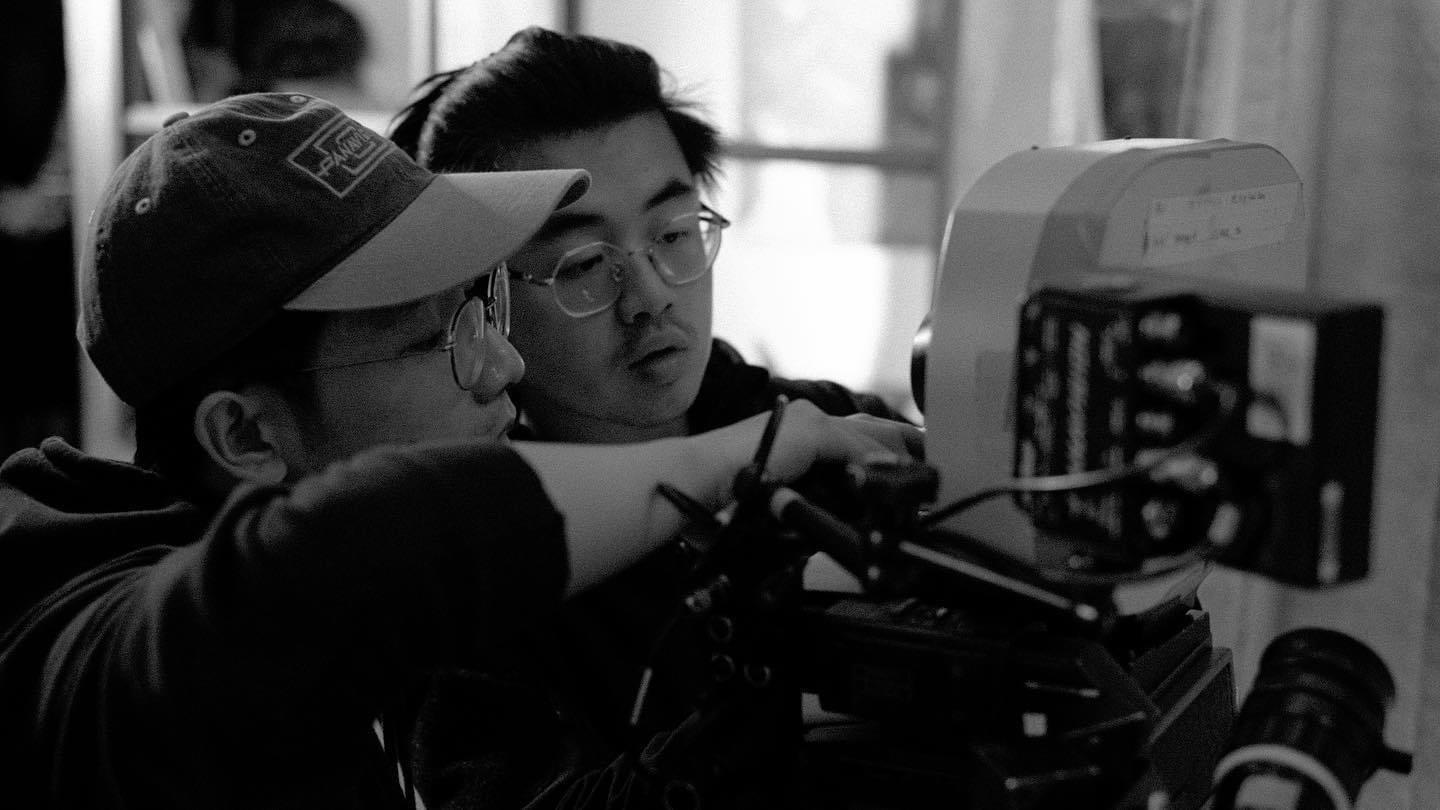 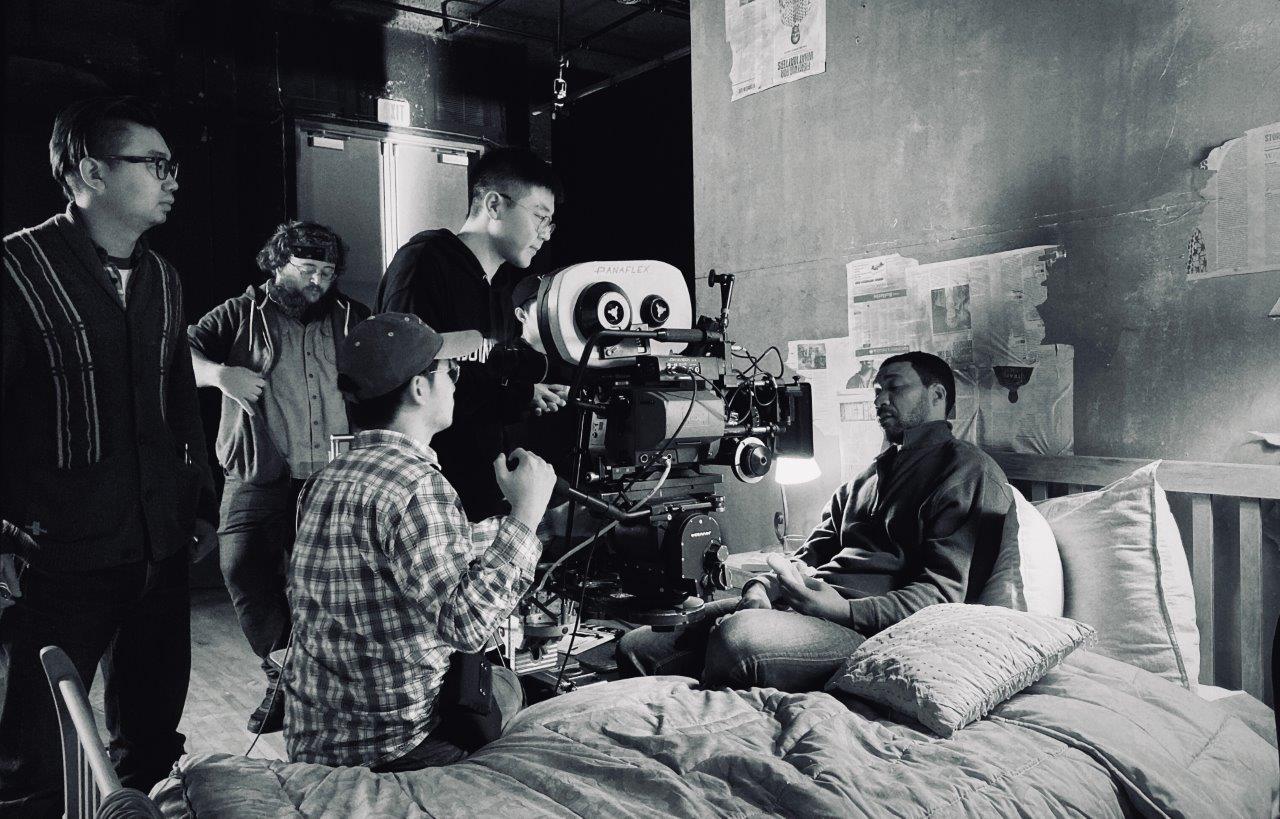 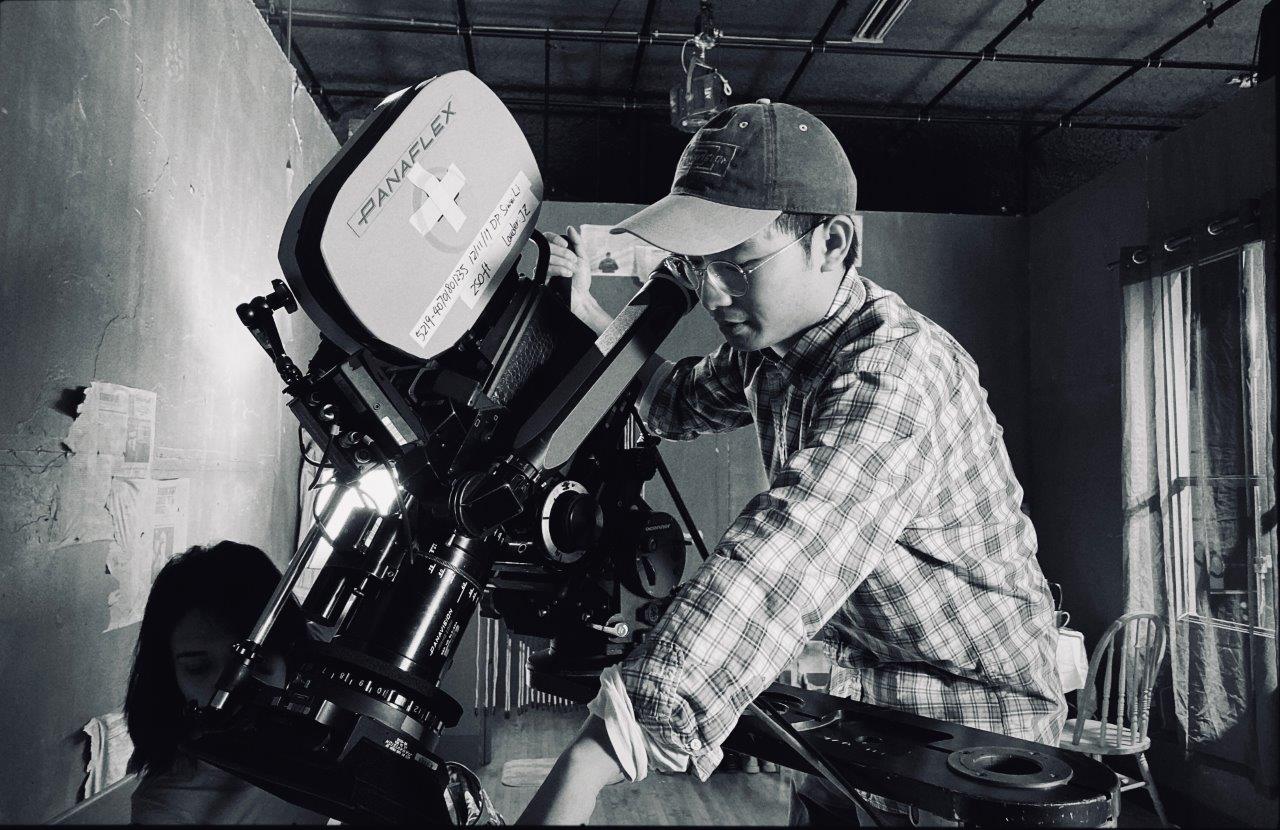