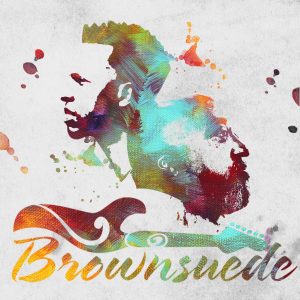 Today we’d like to introduce you to Chris Martin.

Hi Chris, thanks for joining us today. We’d love for you to start by introducing yourself.
ON MUSIC and BROWNSUEDE BAND: I always valued the concept of being a “renaissance person” of just learning as much as I can. I had wanted to be a lawyer since high school, but I’ve been singing since I was a child in church. Music is like my first love.

It has always been a part of my life, and I am grateful to be able to say that didn’t have to choose between music and the law. Ironically, it was my becoming a lawyer that enabled me to take the next steps in my music career. Fresh off of passing the California Bar Exam, I was looking for work at a law firm, as it was very hard to find work for young attorneys. So I went to a networking event held by The Langston Bar Association, and I met Lud Creary who had founded a band called “Brownsuede;” only on this night, he, too, was wearing his lawyer hat. I went into that mixer looking for a job, but I found a bandmate, a lifelong friend, and a mentor. He told me that he had a band, and I said, “Oh really? I sing.” But he couldn’t have known that I “SANG” sing. He invited me to a band rehearsal and the rest is history.

A few weeks later, I became the lead singer of Brownsuede, and we began writing, recording and sharing our music with the world. I think that it’s pretty awesome that the response to our music has been largely positive. ON BEING A LAWYER: I am super thankful to be an attorney, and more importantly, to use my skill set to be able to serve my community, South Central, Los Angeles, the Vernon-Central Community. To that end, I chair the legal committee for Black Lives Matter, Los Angeles. During the George Floyd protests, we, along with the National Lawyer’s Guild, helped organize a team of over 700 lawyers to serve 900 protesters who were arrested. My passion for service is something that my mom and my community instilled in me when I was a little kid, and I just want to leave a legacy that says that I tried to help people. Finally, I just want to say that I grew up on South Central’s historic Central Ave. and I love Central Ave. As historic a place as it is with its rich jazz music history, I want to show the world that Central Ave. still has something to offer the world, right here and right now in the present.

I’m sure you wouldn’t say it’s been obstacle free, but so far would you say the journey have been a fairly smooth road?
It hasn’t been a smooth road, but I am thankful for the road that I traveled. It’s made me the person I am today. On becoming a lawyer: I went through a number of personal challenges and distractions my first go round in law school. So much so that I had to drop out of law school and refocus. Ironically, it was during this time that I used the extra time on my hands to truly hone my skills as a singer, performing at all kinds of nightclubs across LA. Then, I took the LSAT again, got a higher score, got into a better law school, graduated, and became a lawyer! Super thankful for the failure that I experienced, as it humbled me and ultimately made me a better person. On the music: there’s all kinds of shady people in the music industry and we’ve dealt with producers who’ve taken our money and not completed the work, we’ve dealt canceled gigs, and of course Covid delaying recording sessions. But none of those things have stopped us from achieving the destiny that has been set for us. So I’m grateful for every lesson learned in music, law and life.

Can you tell our readers more about what you do and what you think sets you apart from others?
My name is Chris “Doc” Martin, and I am the lead singer of the r&b band Brownsuede by night and a lawyer by day. At the end of the day, we want to make music that makes people nod their heads and also makes them think. I am most proud of the fact that I overcame a lot of the obstacles designed to stop me on the road to becoming a lawyer and the fact that I am able to pursue my passion and dreams of being a musician. I believe what sets our band apart from others is our ability to ultimately be renaissance people at the end of the day, to not be defined by one thing, be it music or law.

How do you think about happiness?
Music makes me happy. It’s my passion, like it doesn’t feel like work, I enjoy it. 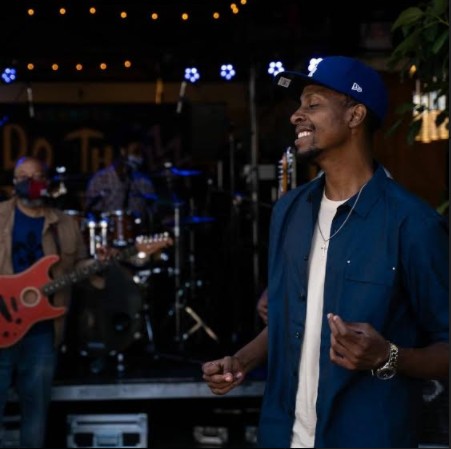 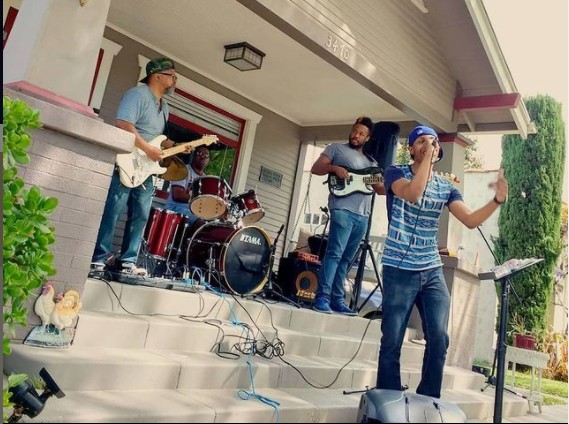 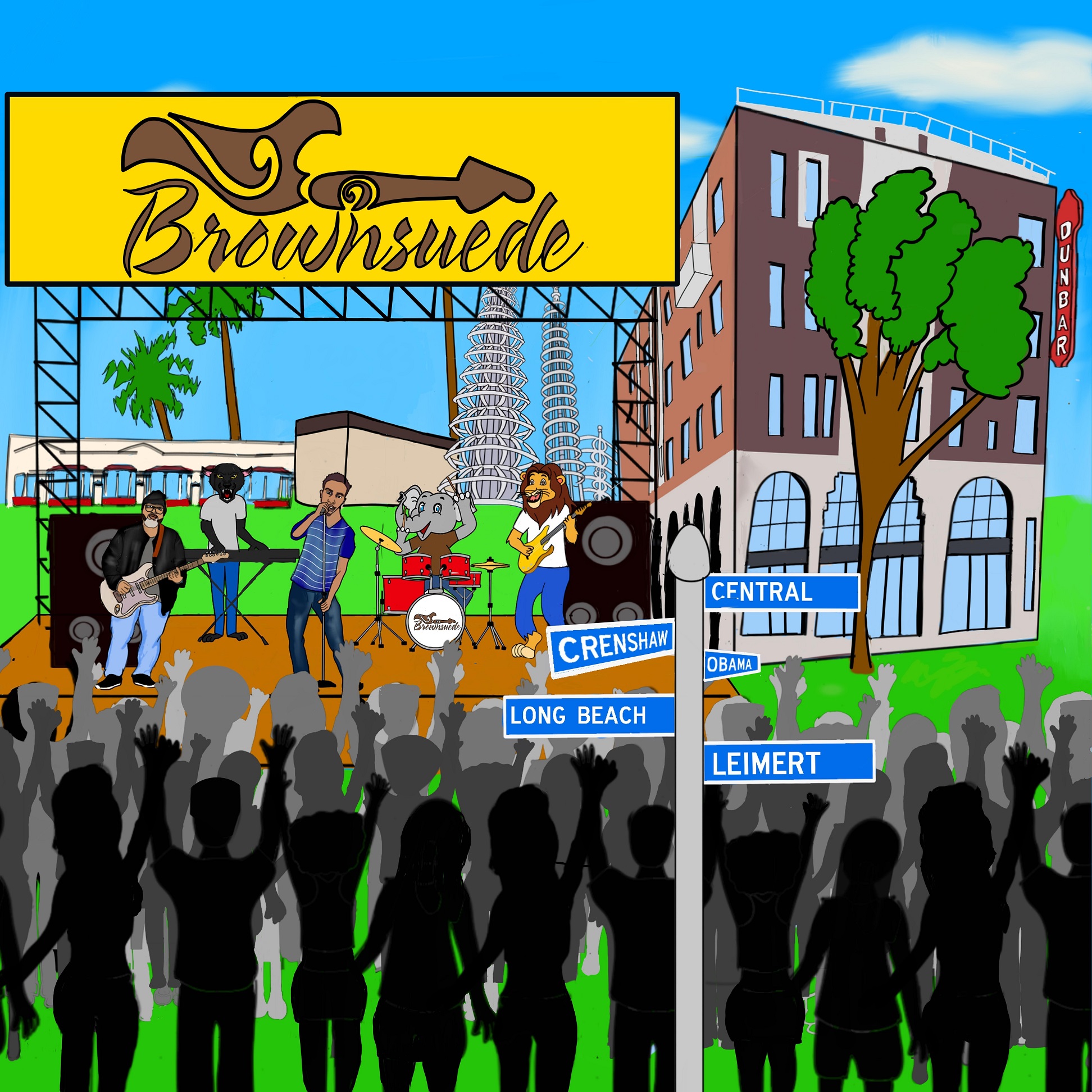 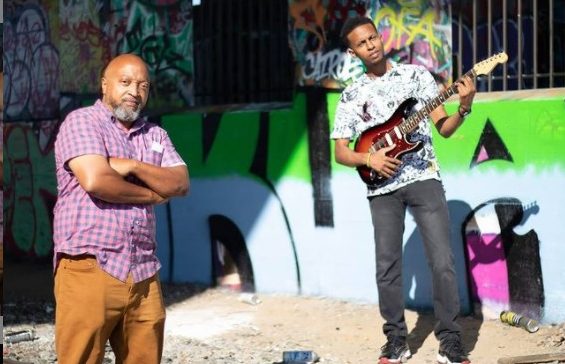 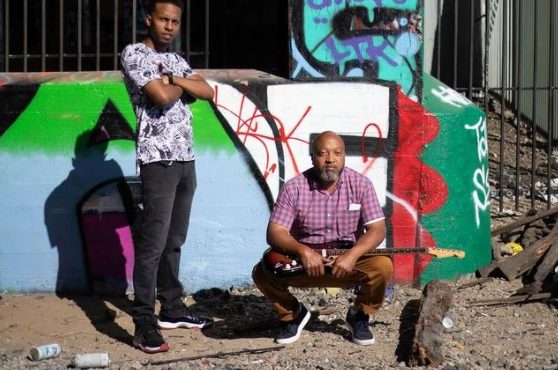 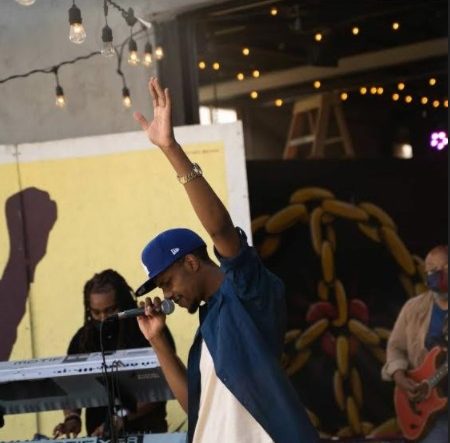